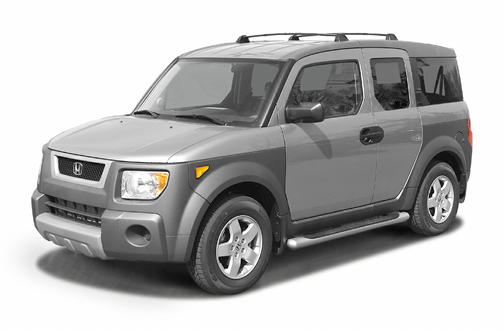 Our 2003 Honda Element trim comparison will help you decide.

Few vehicles I have ever driven have resulted in so many people coming up to me, faces looking like they had just swallowed thumbtacks, belching out original phrases like, “that is sooo ugly.”

Of course, Honda would tell you that the Honda Element isn’t aimed at older buyers who like attractive cars.

Nope. The Element is aimed at members of Generation Y. (That’s market-speak for those born between 1977 and 1994.)

Since Gen Ys surf, snowboard, mountain bike, hike, kayak and play hockey, they don’t work much. This means having a place to crash is a constant thought.

That’s why Honda designed “a vehicle to haul all their stuff and serve as their mobile dorm room or base camp,” according Tom Elliot, executive vice president of American Honda North America.

So the Element’s seats fold into a somewhat flat, lumpy bed. Thoughtfully, Honda also provided a sunroof over the rear cargo area, so that as you lie on your lumpy bed in your mobile base camp, you can gaze at the stars. And you can keep the elements from raining into your Element. The interior is long enough to allow a six-footer to sleep with the hatch closed.

The four seats fold individually, so half the interior can hold your muddy bike, wet kayak or muddy boots while the other half of your mobile base camp serves as a Motel 6 on wheels. The rear seats can fold away to create a large, open interior for hauling a weekend’s worth of gear.

You don’t even have to worry about getting the carpet dirty, because there is no carpet. Instead, the floor of the Element is covered in what Honda calls a “thermoplastic olefin topcoat.” This rubbery, grippy surface is scratch resistant and perfect for hosing down.

You won’t have to worry about getting the seats wet, because they’re covered in a waterproof fabric.

Of course, when it comes time for that epic road trip, the Element will do all that you want it to with appliance-like reliability.

Of course, that would be a natural since the Element uses the same mechanicals as the Civic and CRV crossover sport-utility vehicle. But both of those vehicles are heavily favored by women, not men.

So, Honda designed the vehicle to appeal to 22-year-old buyers who like to live in their cars. Obviously, Honda got the sleeping part nailed down.

But when it’s time to have friends over to your mobile base camp for dinner, getting to the drive-thru is obviously important.

The 2.4-liter dual-overhead-cam four-cylinder, which is used in the base Honda Accord and the Honda CRV, is a model of power and efficiency.

There’s 160 horsepower on tap, adequate to move this vehicle. But, loaded with life-style gear, it could end up being slow.

While there’s only one engine offered, there’s a choice of transmissions. A five-speed-manual is available on 4WD models. A four-speed automatic transmission is available with either front or four-wheel-drive.

The test vehicle, a four-wheel-drive EX, returned 18 mpg in mixed use.

Handling is ordinary, with plenty of body lean in corners and some occasional lost traction, more a function of the tires than the four-wheel-drive system.

Seat comfort is good up front, but the seating position is similar to that of a Winnebago – the driver sits far back from the upright windshield.

The front seats are firm, yet provide adequate comfort. Rear seats are mounted too low for any kind of real comfort. But since they’ll be folded most of the time, that may not matter.

There are plenty of hooks, storage bins and other handy features to make the Element an easy place to spend time.

The dash is as expressive in its design as the rest of the vehicle. Honda has done an expert job of making inexpensive materials look funky and modern. There’s even an audio input for your MP3 player to hook into the AM/FM/CD audio system.

The disappointing thing about the Element is its build. The doors have a tinny sound, and several plastic trim bits came off and had to be reattached. The interior had a couple of rattles, which does not inspire confidence, the solution is to turn up the volume on the stereo.

But, as any home buyer or mobile base camp buyer will tell you, new construction always comes with problems.

The Honda Element rolling dorm room starts at just over $16,000 for a front-wheel-drive DX model. The test vehicle, a 4WD EX model came in at just over $21,000.

Those numbers make it affordable, and few vehicles boast so much interior flexibility.

Still, Gen Ys, like anyone, resent being marketed to in such an obvious, stereotypical way.

While many Ys may boast active life-styles, I suppose many young drivers would rather drive a VW Jetta for the same money even if the Jetta isn’t the easiest way to transport a muddy mountain bike.

May 16, 2021
By Philly girl from Philadelphia
Owns this car

I love the fact the seats come out . the way it saves on gas. the fact it now has 122plu thousand miles on it and I bought it at 18000 miles. still runs well and all recalls and etc. were taken care of by Honda and the dealer i purchased it from

It just keeps going and going.

March 3, 2021
By Johnhd from Aurora, Colorado
Owns this car

in 2003 I bought my element brand new and 18 years and 176000 Miles later it is still the best car I've ever owned. Outside it is not huge but inside there is a lot of room 4 passengers and cargo. Anyone who sits in the back always comments on how much legroom and Headroom there is. It is a great snow car as the four-wheel drive always kicks in when it's needed. It has never left me stranded.

We used this car for family and going on vacation. Was very comfortable for passengers in the rear seats with lots of leg room and head room, and with a moon roof for light. A pleasure to drive day-to-day. And when fully loaded for travel, car has pep, good acceleration and handles road well. For an SUV that's mid-size it offers a lot of advantages without the cost of a large SUV. And Honda autos are well-built cars, very reliable. (Our mechanic said Hondas are most reliable cars he knows of.)

All model years for the Honda Element 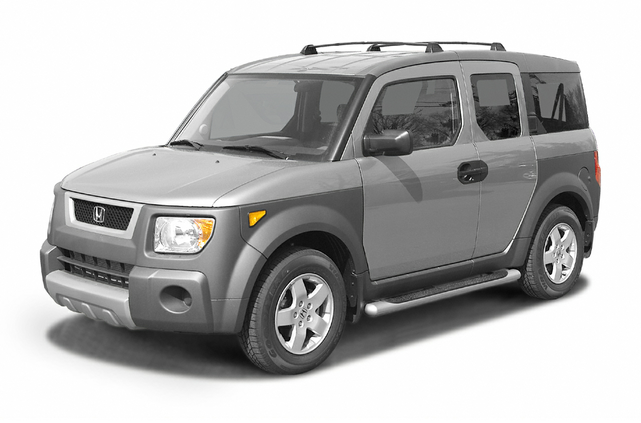 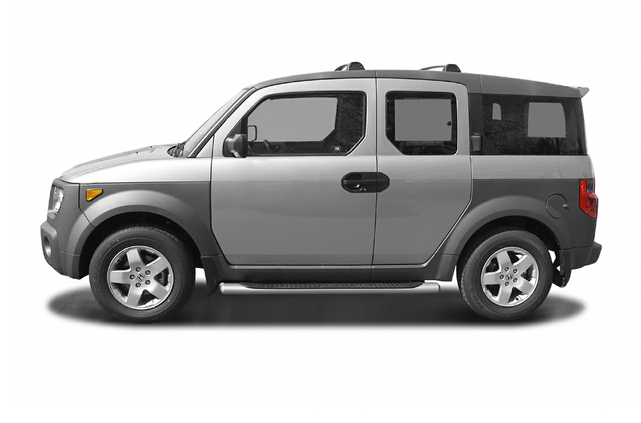 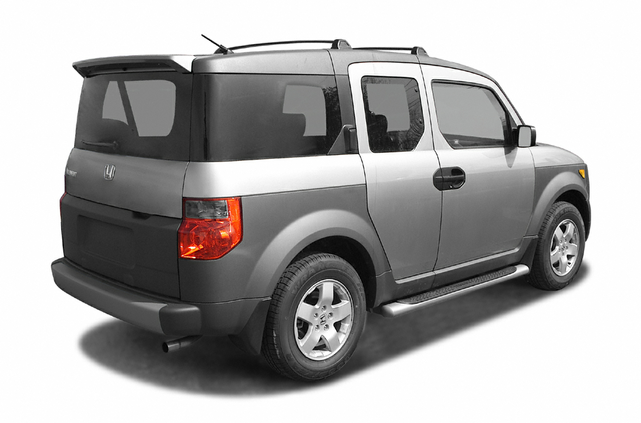 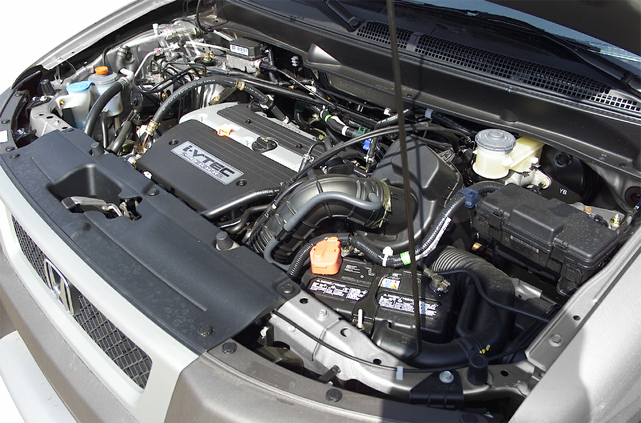 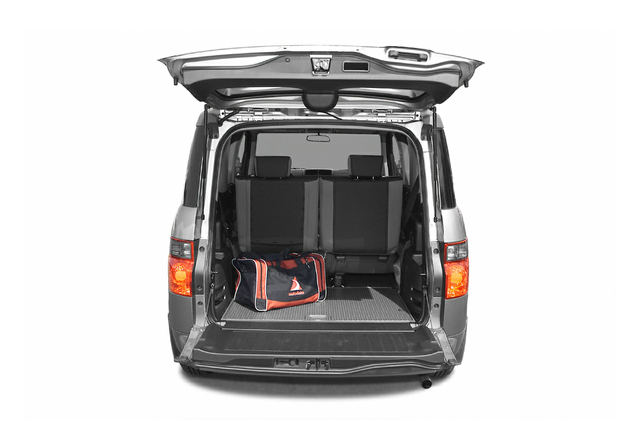 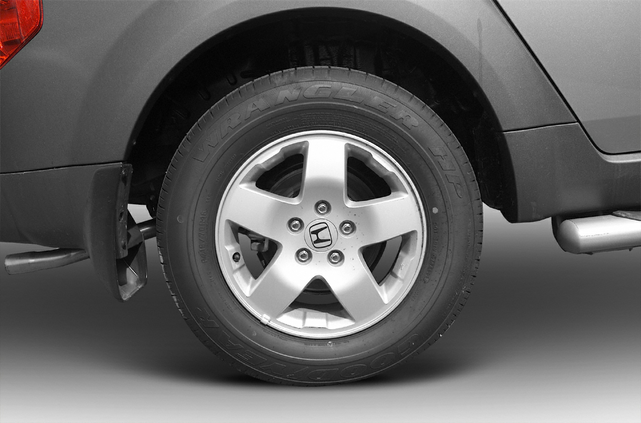 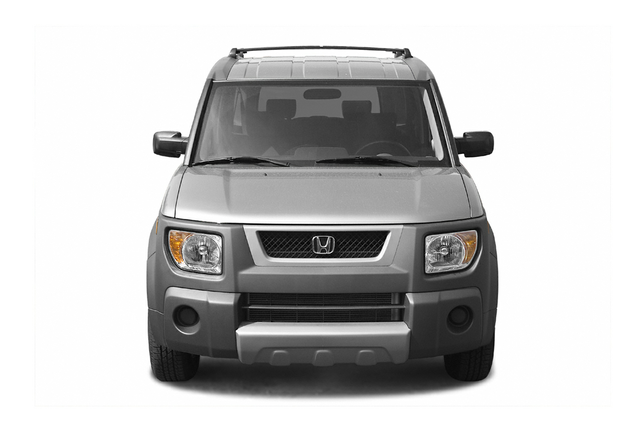 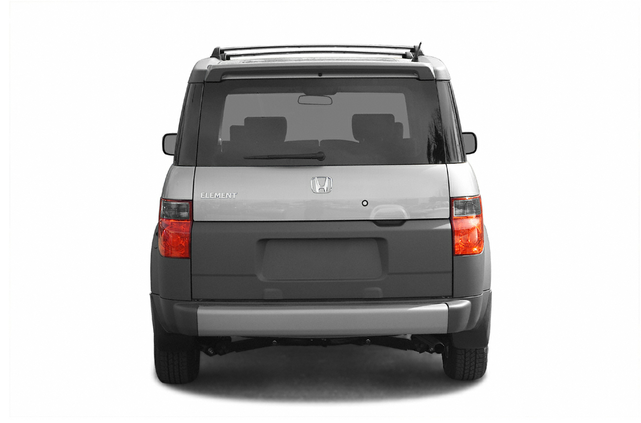 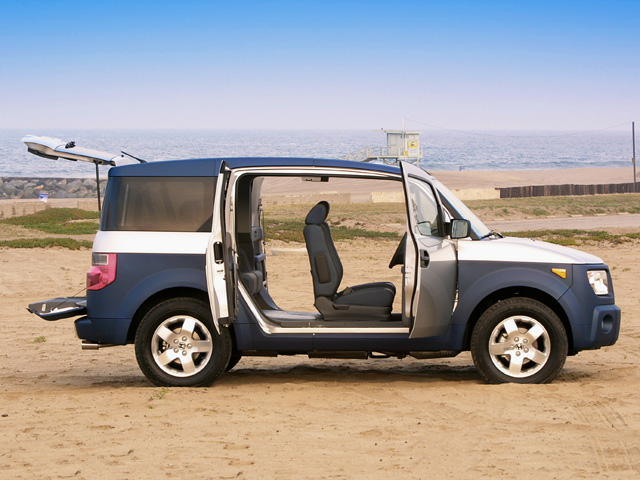 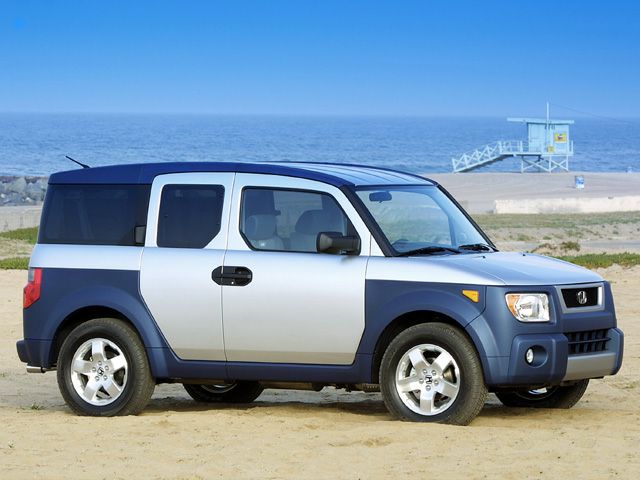 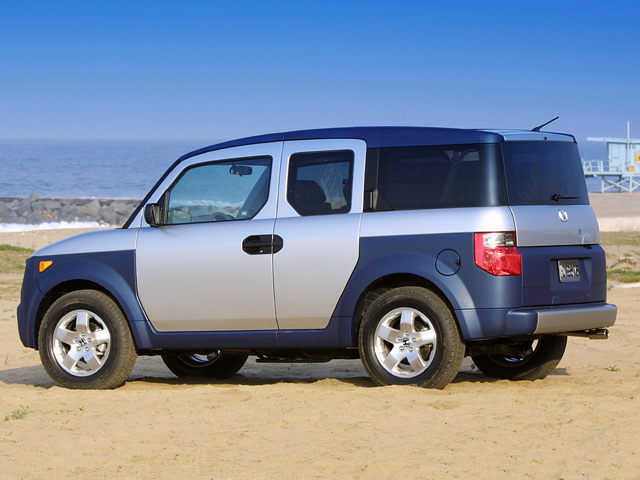 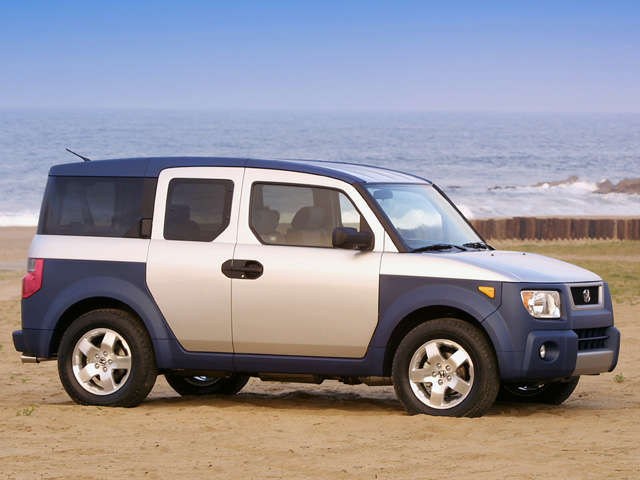 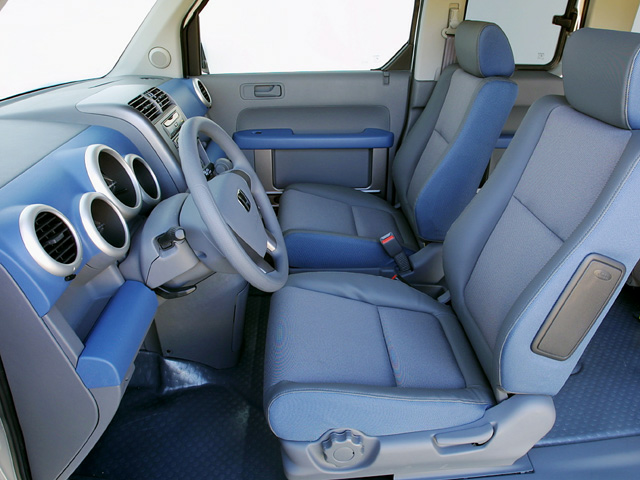 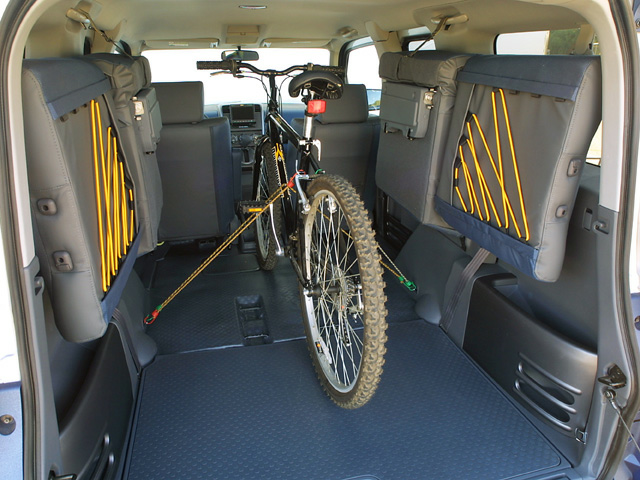 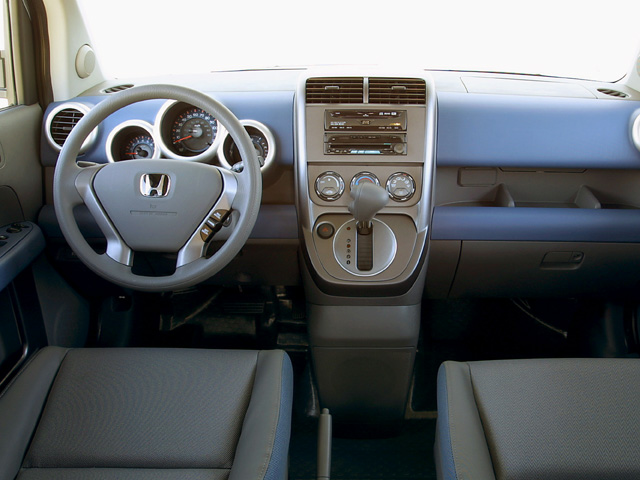 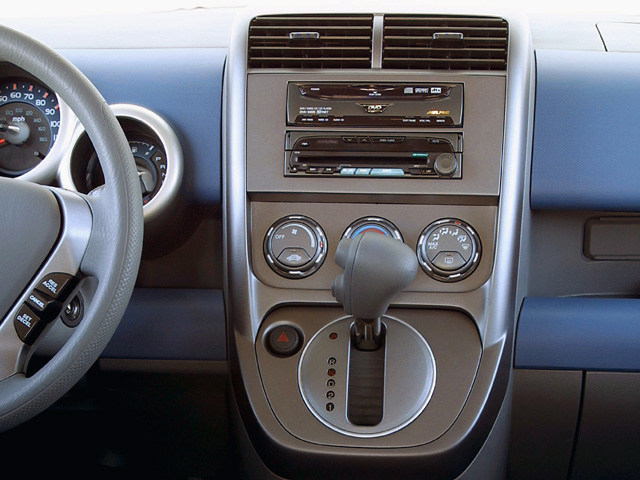 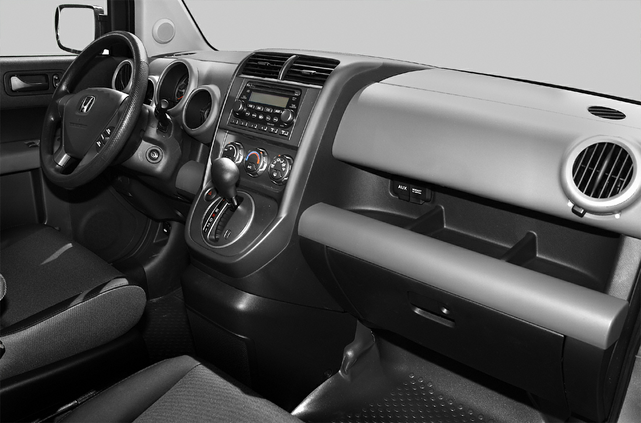 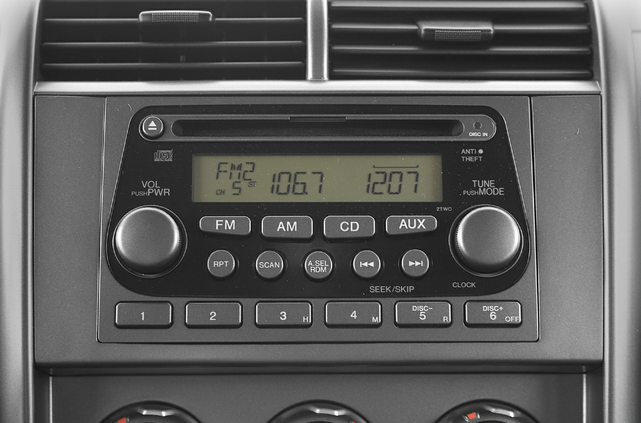 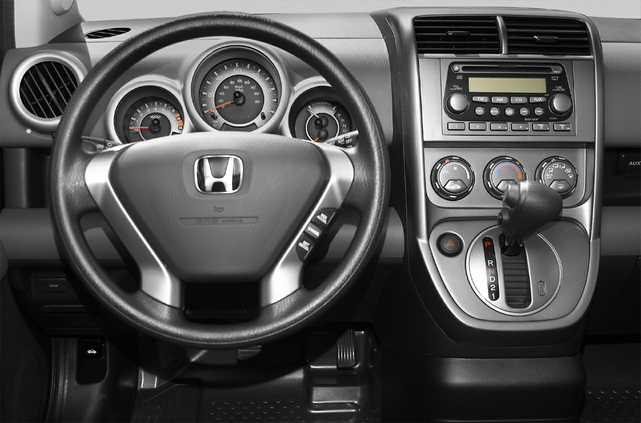 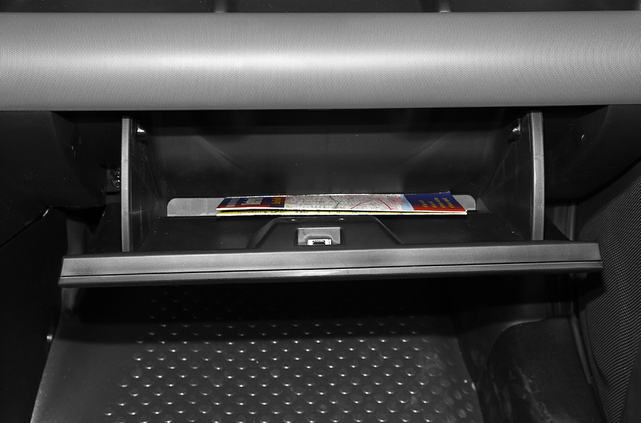 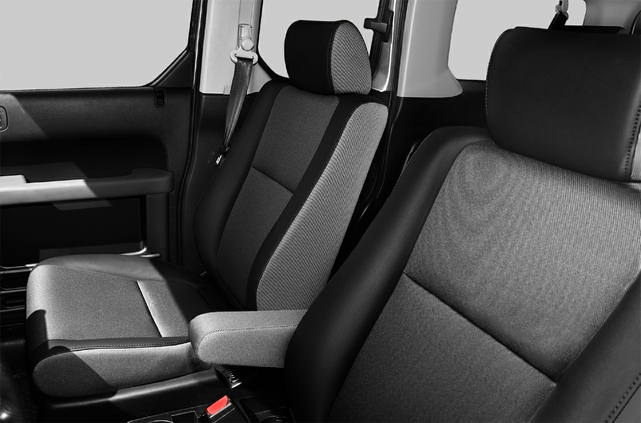 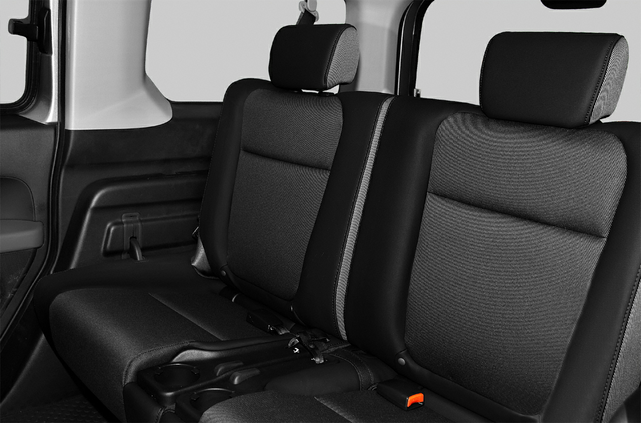 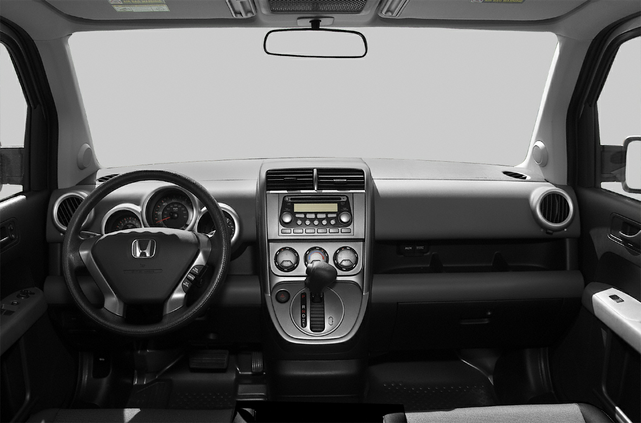 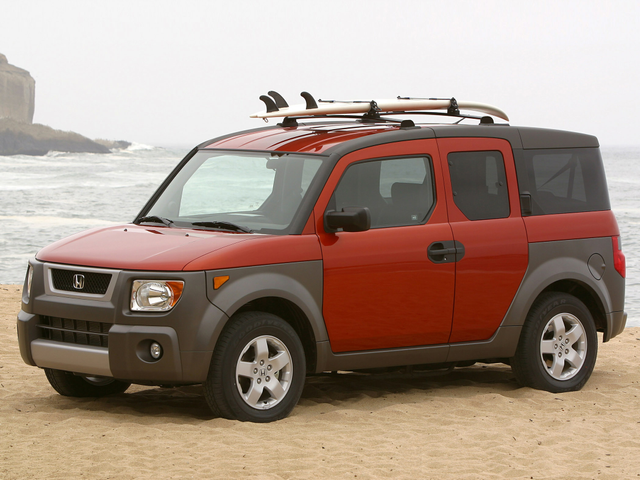