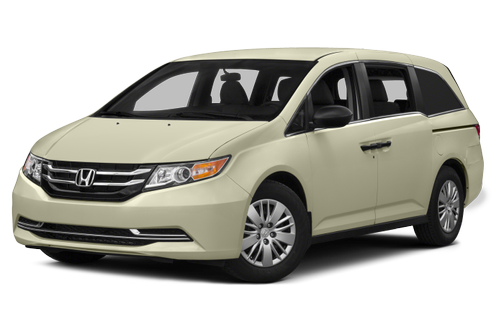 Our 2014 Honda Odyssey trim comparison will help you decide.

After an excellent redesign for 2011, Honda’s best-selling Odyssey won a Cars.com Minivan Comparison test and, more recently, our 2013 Family Car of the Year award.

For 2014, there are a few changes that improve slightly on the Odyssey’s already winning formula, but Honda was smart to not fix what wasn’t broken.

There are updates throughout the Odyssey range, but the new top-of-the-line Touring Elite is where you see the most-talked-about feature: a built-in vacuum system. That’s the model we tested for this review, and it came in at a somewhat eye-popping $44,855. You can compare the 2013 and 2014 Odysseys here.

Exterior & Styling
Honda made some small tweaks to the Odyssey’s front and rear styling, making the nose smoother, if a little too rounded.

But what hasn’t changed is the unique lightning bolt design that carries along the three rows’ worth of large side windows. It makes for an interesting profile … and minivans don’t typically have an interesting angle to be found anywhere.

The minivan shape, not necessarily its style, is certainly a stigma in suburbia and elsewhere, and that can be a make-or-break factor in a purchase decision. Some people simply don’t want to drive a minivan because of what it might stand for, while others let the practicality of the platform influence their decision.

How It Drives
The remarkable thing about the Odyssey isn’t its looks, it’s a relatively enjoyable driving experience for any large people-mover, not just for a minivan.

Power is plentiful, with 248 horsepower from the 3.5-liter V-6. New for this year is a standard six-speed automatic transmission for every trim level. Previously only the top trim level received the six-speed and the rest had a five-speed. That helps boost fuel economy a bit to 19/28/22 mpg city/highway/combined for all 2014 models. That’s the most fuel-efficient minivan on the market.

Handling is also quite remarkable for a large vehicle. Navigating parking lots is a breeze thanks to pinpoint steering and a great sense of space granted by the driver’s view over the hood.

On the open road, the Odyssey is quiet and comfortable, but still exhibits some of the issues you’ll have with such a low-riding vehicle, namely potholes and severe bumps hitting home harder than they would in a smaller, three-row crossover with more suspension travel.

Interior
Testing a top-of-the-line model shades some perceptions of interior quality, as most buyers opt for lower-priced editions. However, a majority of the 2014 Odysseys in Cars.com’s inventory are EX-L trims and higher, which will have the same upscale leather seats as my test car as well as a new dual-screen layout in the center console.

All trims, however, have probably the Odyssey’s biggest selling point for families: an adjustable second row that can expand widthwise. The row is composed of three separate seats that function as a single bench. The two outboard seats can slide outward with a pretty simple, two-step motion, adding 1.5 additional inches of width.

This is a huge bonus for parents with children in child-safety seats, which are often bulky. The Odyssey passed our Car Seat Check with nearly straight-A grades, including our test of three car seats fitting across the second row.

With two pairs of tether anchors in the third row, you can install a total of five child-safety seats of any variety in the Odyssey.

On EX trims and above, the second-row center seat can also slide forward, so an infant seat or car seat holding a smaller child can be moved closer to the driver and front seat passenger if the child will need attention.

Comfort in all three rows was good for the minivan class, if not exceptional. My wife and two small children used it as our family car for five days of errand-running and weekend outings, and it was loved by all.

A low step-in height and the power sliding doors — which come on EX trims and above — shaved precious seconds off the time it takes to get my children in and out of their safety seats. At 5 and 4 years old, they can climb up and down on their own, but we typically don’t allow them to open or close regular car doors on their own for safety reasons. Power doors on minivans like the Odyssey take that out of the equation — and would be a major factor when it came to deciding between a minivan and a three-row crossover.

Not to mention the space. The Odyssey’s passenger volume comes in at 170 cubic feet on EX trims and higher (it’s 173 on the LX), which dwarfs Honda’s smallish three-row Pilot, at 154 cubic feet, and the Chevy Traverse, with 151 cubic feet. You can compare the three here.

Even as children grow into their teens, a minivan would still be the more comfortable option for families.

Ergonomics & Electronics
The Odyssey, especially the Touring Elite, has more gadgets, cubbies and gizmos than nearly any car I’ve tested. Luckily for Honda, they’re all well-thought-out and practical for families. How routinely they will be used is another story.

The newest feature is the HondaVac stored in the rear cargo area of the Touring Elite. (It’s not available on other models.) Developed with Shop-Vac, the device works exactly as you would expect a built-in vacuum to work. It starts up with a push of a button and has excellent suction, devouring everything we put in front of it, including large pieces of pretzels, Cheerios and even sand. The hose is long enough to reach to the front seats, as well.

A large 16.2-inch widescreen is also standard in the Touring Elite and can play one DVD or video from two different sources at once via a split screen. (Unfortunately, there aren’t two DVD players on-board, so one video must be supplied by an external player.) They can be heard over wireless headphones or through the surround-sound system, which includes 12 speakers and a subwoofer. “My Little Pony” never sounded so extreme.

The stereo sounds great, too, much like the previous model’s, making this a rolling entertainment den for kids and parents alike.

The 2014 model also gets updated center controls. On EX trims and above that includes an 8-inch touch-screen that’s within arm’s reach and controls audio and environmental settings. A second screen sits higher in the dash. A separate control knob allows drivers to adjust that screen, which houses navigation and other functions.

More technology in modern cars can lead to distraction, but Honda’s two-screen approach is easier to use than you would think. I did, however, have issues with the display and control of my iPhone’s music catalog in the lower screen; information like album title and track time was absent. They do appear on the upper screen when it’s selected to display music, but that’s the only screen that can display navigation functions, like the map.

Cargo & Storage
Besides spacious seating, another minivan certainty is a maximum amount of cargo room versus any other class on the market.

The Odyssey’s maximum of 148.5 cubic feet behind the first row (with the second and third rows folded flat) is a bit behind the Toyota Sienna’s 150 cubic feet but ahead of the Chrysler Town & Country’s 143.8 and the Quest’s 108.4 cubic feet. You can compare all four minivans here.

The third row of seats folds flat into the floor with the use of straps in a two-step method. With the seats stored, cargo room behind the second row comes in at 93.1 cubic feet. That compares well to the 87.1 cubic feet in the Sienna, 83.3 in the Town & Country and 63.4 in the Quest.

With the third row of seats in place, cargo room is 38.4 cubic feet versus 39.1, 33 and 25.7 cubic feet for those three competitors, respectively.

There are also plenty of storage options throughout the cabin. A removable console sits between the driver and front passenger and houses a large, covered bin. At the bottom of the dash, where it meets the floor, is a large cubby that in some models features a Cool Box option that can keep drinks cold.

A small trash-bag holder pops up from the back of the center console so rear passengers can easily dispose of the surprising number of wrappers left over from the suckers/lollipops, fruit snacks, crackers and cookies they consume.

Safety
The Odyssey is the first minivan to be ranked a Top Safety Pick Plus by the Insurance Institute for Highway Safety. To earn that score, the Odyssey passed all crash tests, including the challenging new small overlap frontal test, as well as a roof-strength test.

A forward collision warning system and lane departure warning are standard on EX-L trims and above. You can see all the Odyssey’s safety features here.

Value in Its Class
The Odyssey may be slightly more expensive than the competition, but the price premium is negligible when considering the edge it has in terms of performance on the road and fuel efficiency at the pump. And for families, features like the expandable second row and unique options like the HondaVac are impossible to overlook.

The van meets our needs. It looks and feels good when driving. Only issue are with some brakes that need repaired. We like the color (blue exterior/gray interior).

Perfect selection for me

This car was meant just for me. I needed lots of space and that's exactly was it has. I'm truly pleased at my purchase and service I rendered.

My 4th odyssey. I love them.

Rating breakdown (out of 5):
1 person out of 1 found this review helpful. Did you?
Show full review
See all 129 consumer reviews 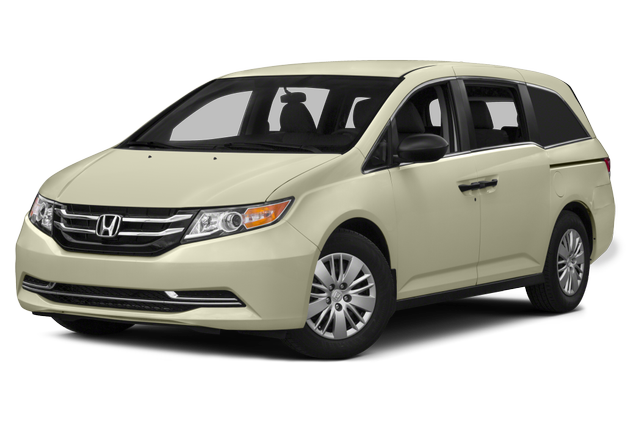 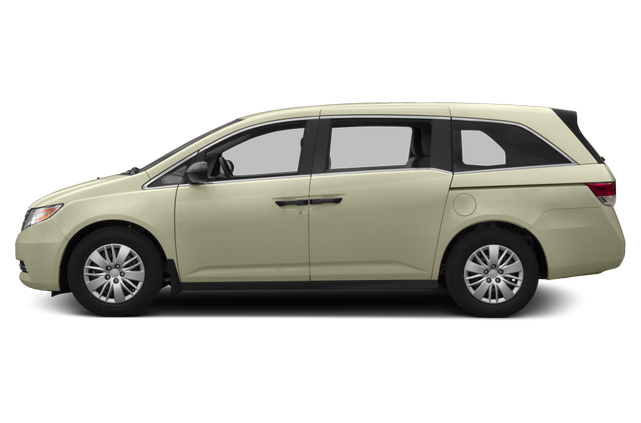 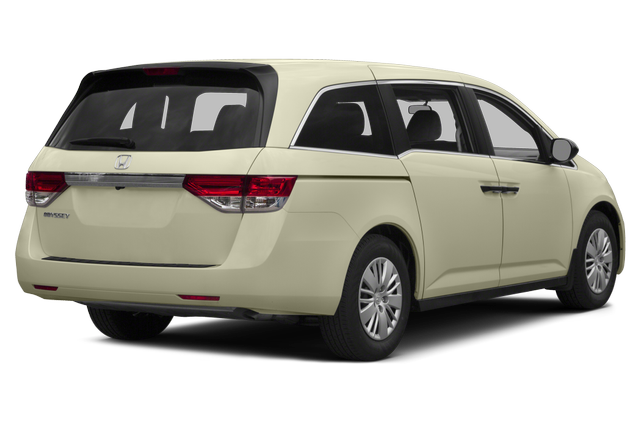 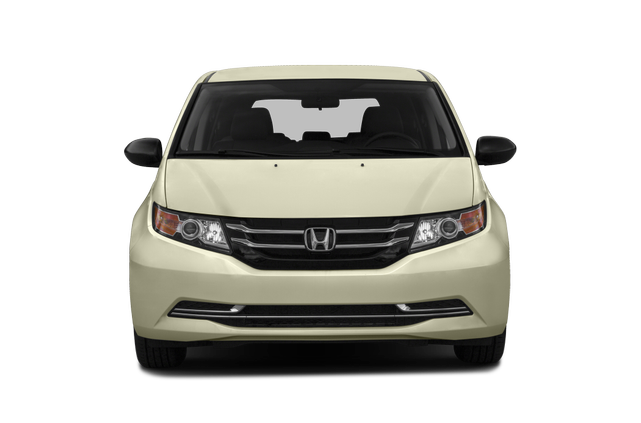 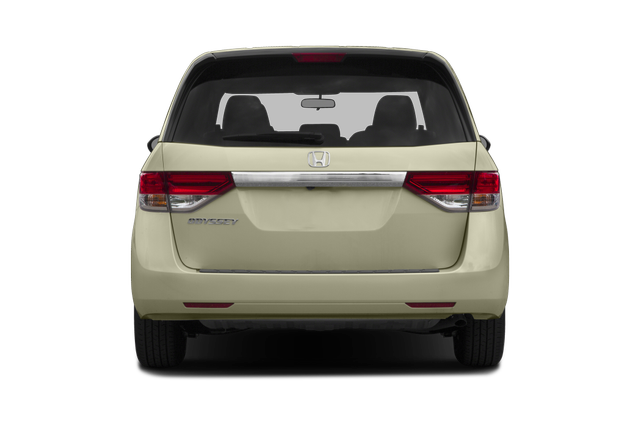 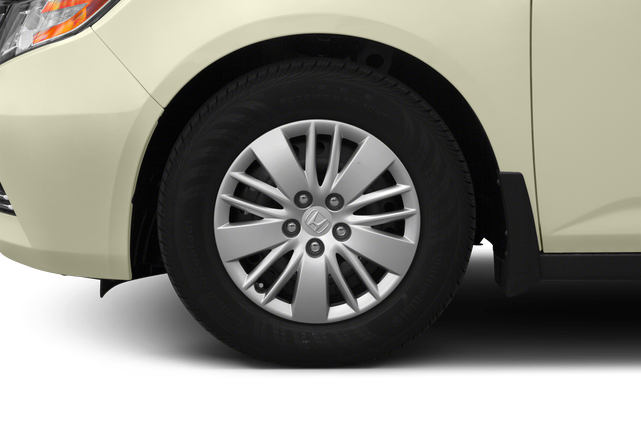 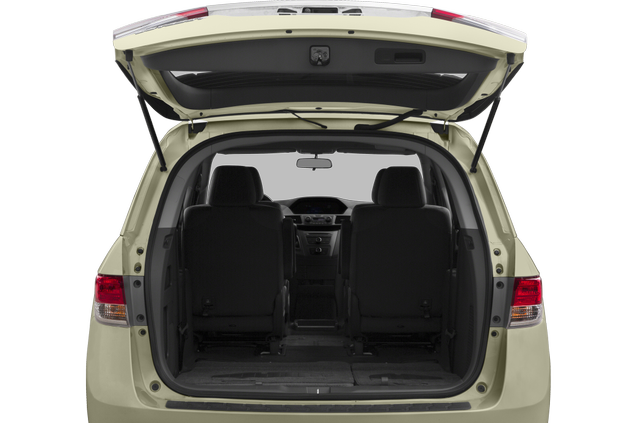 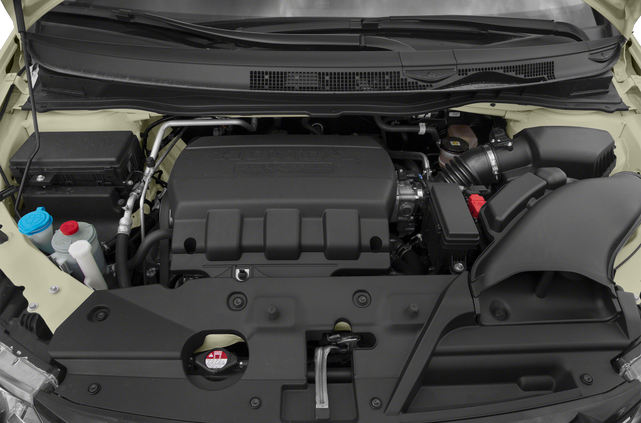 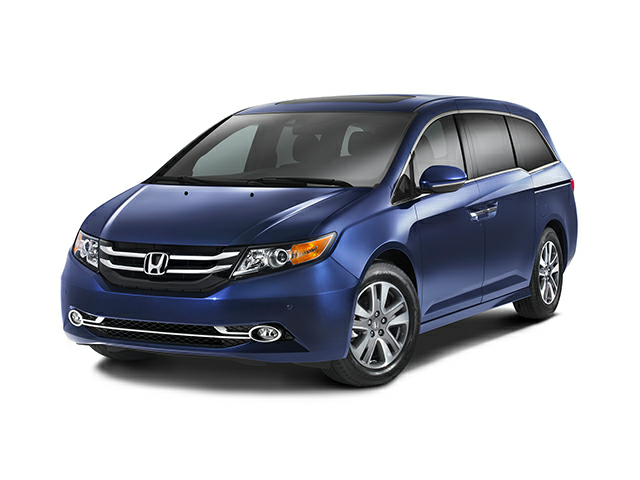 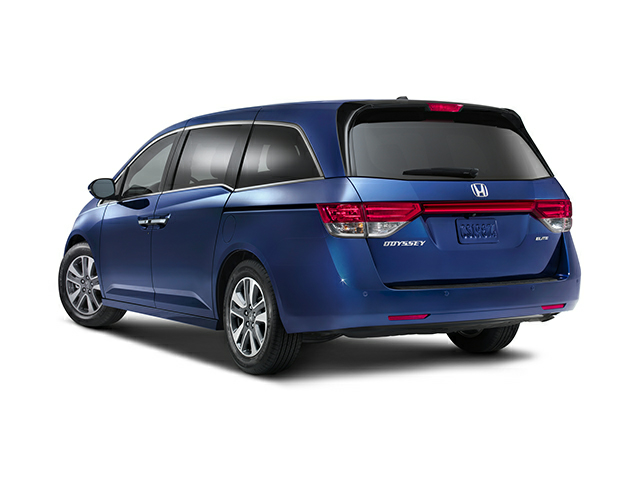 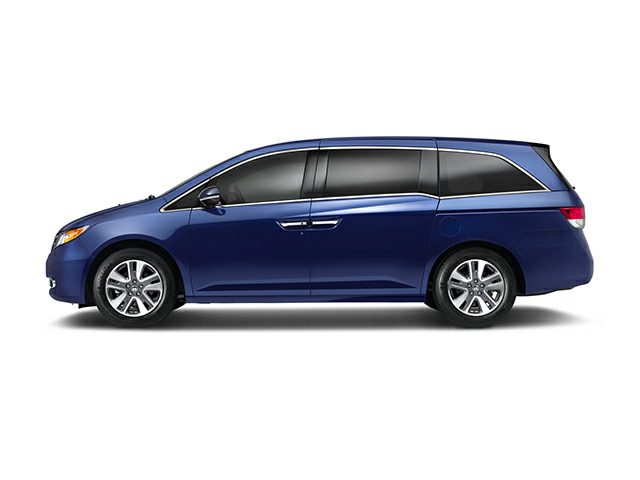 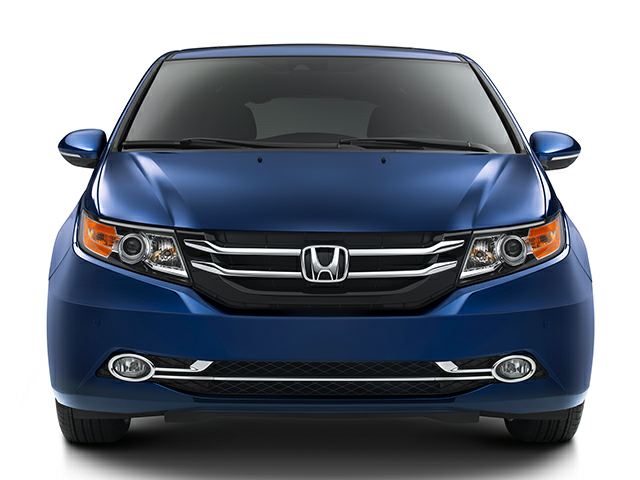 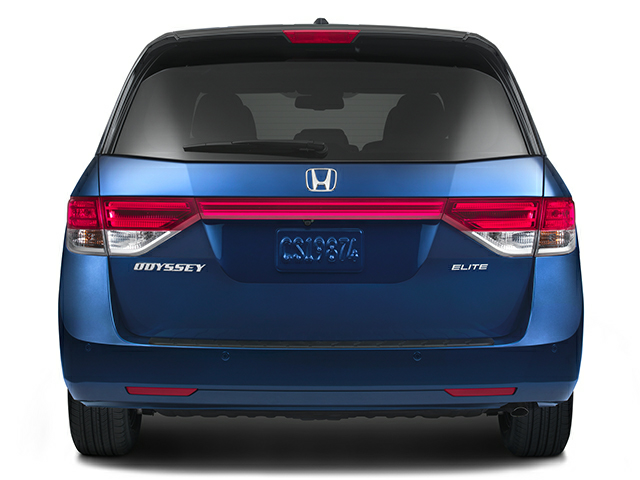 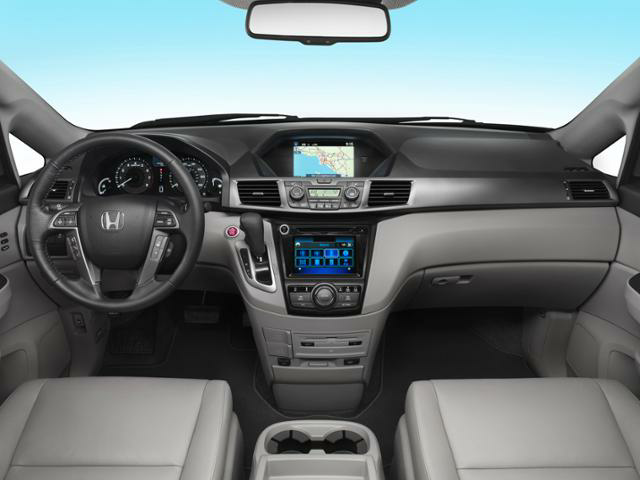 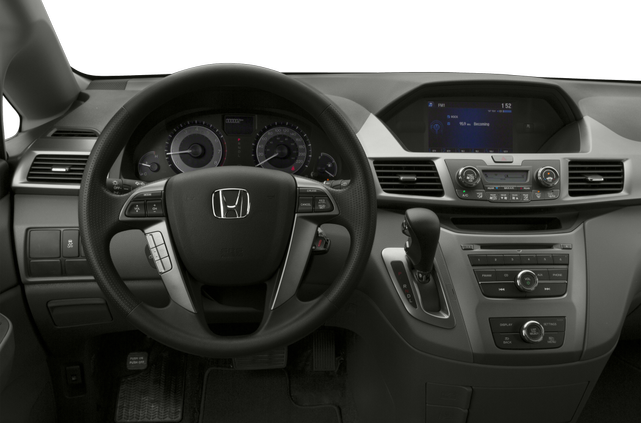 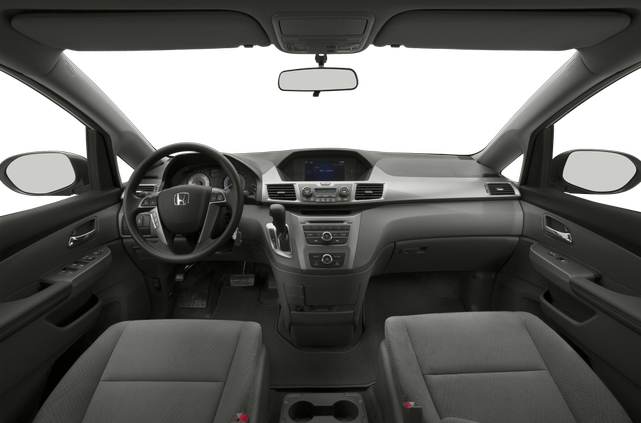 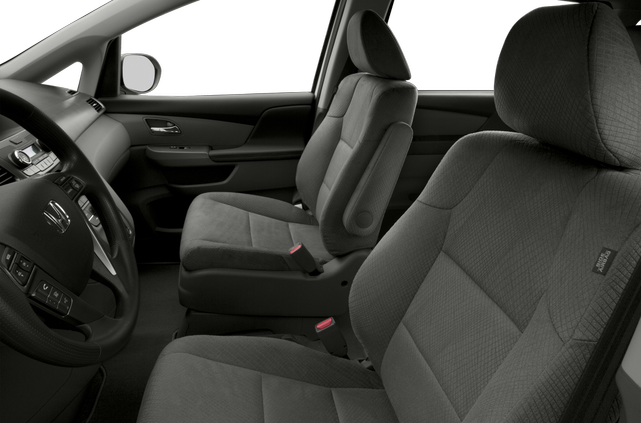 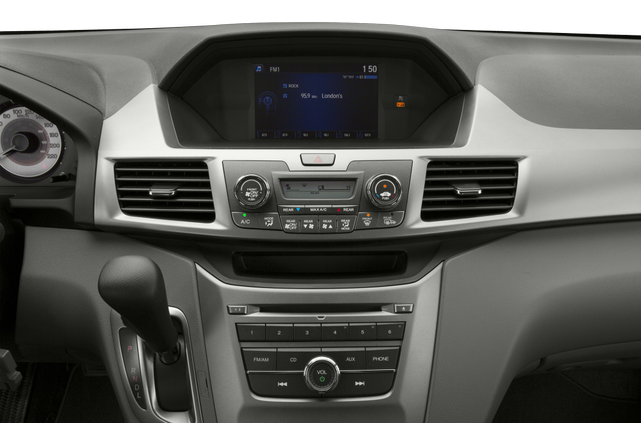 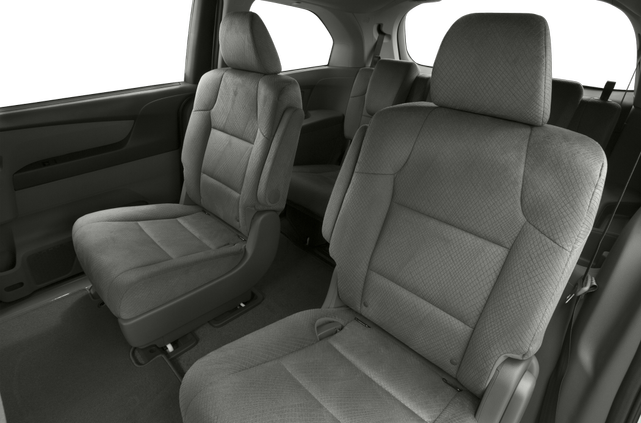 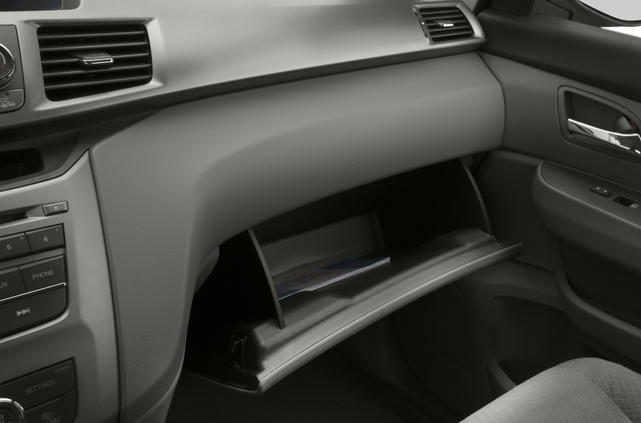 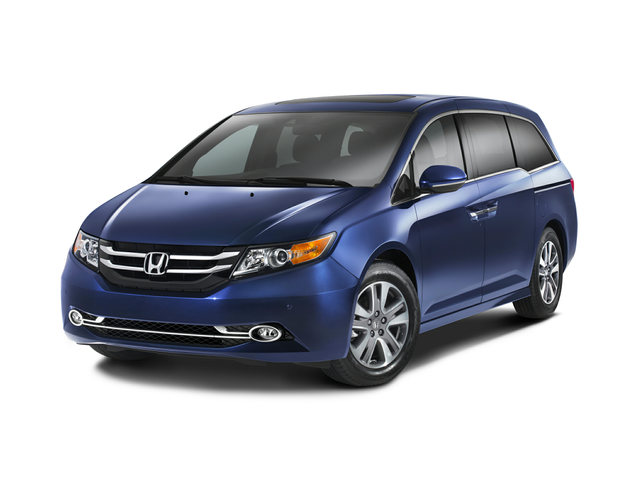 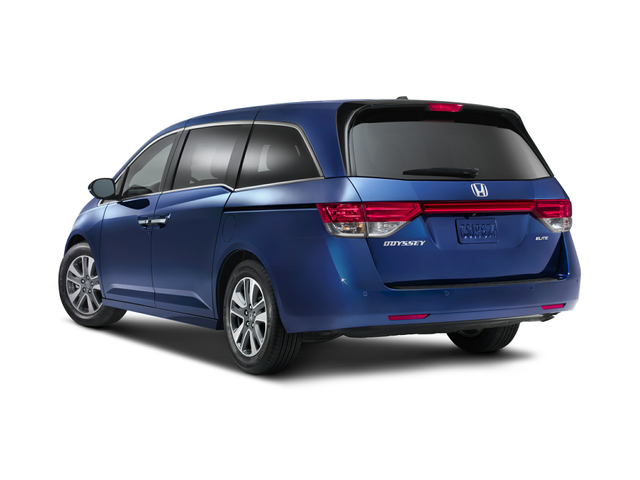 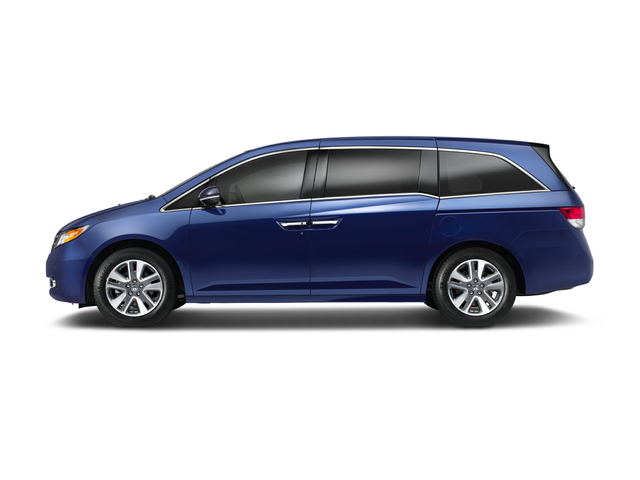 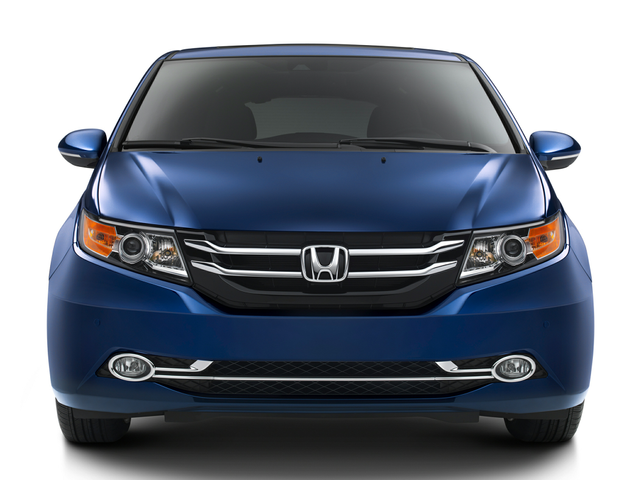 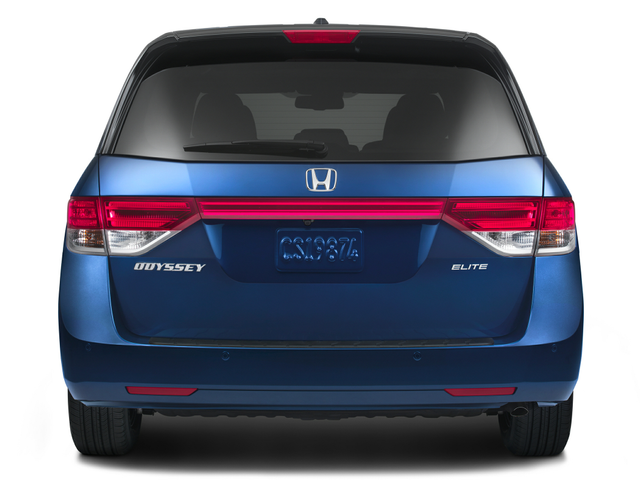 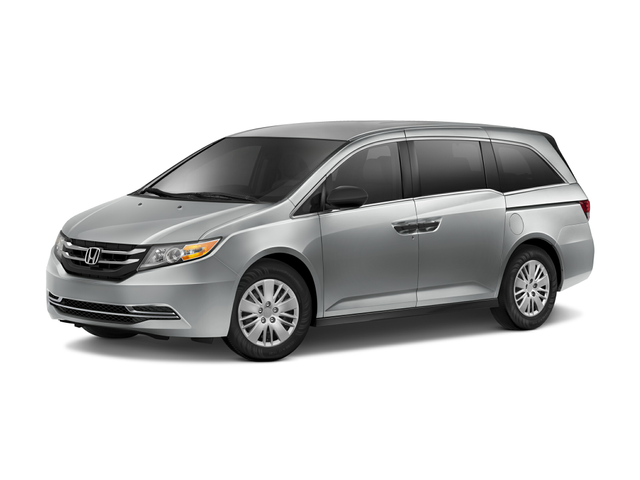 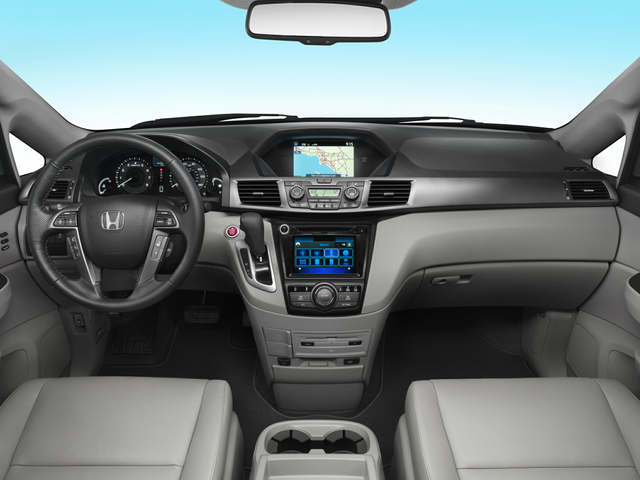