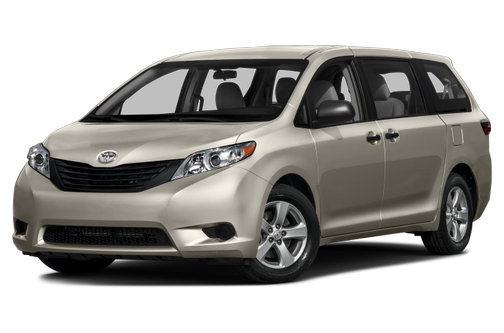 Our 2017 Toyota Sienna trim comparison will help you decide.

The verdict: Toyota calls its minivan the “swagger wagon,” but an update for 2017 failed to add enough pep to its step to outperform competitors in Cars.com's Ultimate Minivan Challenge 2016.

Versus the competiton: Parents are used to making sacrifices (sleep, personal space, sanity…), and the Sienna — more than other minivans — asks them to trade comfortable road manners for family-friendly convenience features.

For 2017, the Sienna gets a bit more horsepower and a new eight-speed automatic transmission. It competes against the Chrysler Pacifica and Kia Sedona; compare all three minivans here. It also competes against the Honda Odyssey, which is redesigned for 2018. Read about it here.

Despite what your friends say, the words “minivan” and “style” are not mutually exclusive, and several automakers succeed with head-turning designs; the Sienna is not among them. Its last redesign — for the 2015 model year — brought a more streamlined grille and sharper, dynamic-looking headlights, but it wasn’t enough.

The Kia Sedona’s brawny, studded front end is both dramatic and handsome, and the Chrysler Pacifica oozes class with its polished face and sleek silhouette. The Sienna lives somewhere in the middle — dullsville.

Like cramming a Dustbuster into the couch to rescue long-lost Cheerios, the Sienna is a chore to drive. It’s both slow and groaningly, unpleasantly loud. Its gruff engine sound is a constant presence in the cabin, and high levels of road noise had me checking to make sure all the windows were rolled up.

I tested an all-wheel-drive model, and although its updated 3.5-liter V-6 powertrain adds 30 more horsepower and direct injection for 2017, it doesn’t feel any quicker. The added weight of the AWD bogs it down. The van is lethargic from a stop, and the busy, rough-shifting new eight-speed automatic transmission took its time delivering more power for passing.

However, it might be a worthy tradeoff for families in the snow belt, as the Sienna remains the only minivan to offer all-wheel drive; it’s an option on LE, XLE and Limited trims. It proved capable during a winter weekend, easily muscling through compacted snow and maintaining a good grip on my neighborhood’s icy side streets.

However, the security of having all-wheel drive again comes at a cost. Two-wheel-drive versions are EPA-rated at 19/27/22 mpg city/highway/combined. That’s significantly higher than the AWD model’s 18/24/20 mpg. Even so, both versions’ numbers are up this year; the 2016 Sienna was rated 18/25/21 mpg with front-wheel drive and 16/23/19 mpg with AWD.

Against competitors, the 2WD Sienna’s estimated combined mileage matches the Chrysler Pacifica and beats the Kia Sedona by 2 mpg. But during a 260-mile trip with my family of five (and our stuff), I averaged 20.5 mpg in mostly highway driving — well short of the EPA’s highway estimate.

On the highway, the Sienna’s ride composure is comfortable, with good bump absorption. Despite its length, it’s also surprisingly maneuverable thanks to one of the smallest turning circles in the class. Body lean is unavoidable, however, especially during sweeping turns, like highway off-ramps.

Although its driving experience is unrefined, the Sienna’s interior steps thing up a few notches. The cabin of the Limited Premium I tested was well-appointed; its leather seats, contrast stitching on the dashboard and glossy wood panels impart a tasteful vibe. It feels good, too, with many key touch points — like the dash and upper door panels — wearing soft, textured plastics. The quality and design carry over to lesser trim levels; even the mid-level SE trim has leather-accented front seats.

Room in the second row is outstanding thanks in part to captain’s chairs with generous sliding travel. I was able to install my twins’ rear-facing infant seats in these chairs, slide them all the way back, then pass in front of them to access the third row. But neither the Sienna nor its competitors can match the Pacifica’s ultra-flexible Stow ‘n Go second-row seats, which easily tumble into the floor for more cargo room.

The Sienna is also available with a second-row bench, which has three seats.

The third row is adequately sized for kids but trails competitors’ in roominess: With 38.3 inches of headroom, it offers a bit less than the Pacifica (38.7) and Sedona (38.9). The Sienna has two sets of third-row lower Latch anchors and two top-tether anchors, making the third row very flexible for car-seat accommodation. Click here for the full Car Seat Check.

As a mom with lots of stuff to stash, I appreciate the Sienna’s major stuff-stashing capabilities, from its best-in-class cargo room to its double glove box and sizeable center console box. In the second row, the floor-mounted cupholders are set too low for easy use when buckled into the captain’s chairs, but Toyota did a great job with the third row. Each side has two cupholders and a small covered storage bin that’s sized right for some snacks and stickers.

In back, there’s 39.1 cubic feet of cargo space behind the third row, putting the Sienna at the top of its class, ahead of the Pacifica (32.3) and Sedona (33.9). Double stroller? Definitely. Two portable cribs? Totally. Folding the 60/40-split third row opens the space up to 87.1 cubic feet of room. That’s again outstanding in the segment, more than the Sedona’s 78.4 cubic feet and just shy of the Pacifica’s 87.5. Fold the second and third rows down for maximum cargo space of 150.0 cubic feet — the best in the class.

Maneuvering the seats isn’t easy, however. The problem is getting the third row back up into its seating position. The ungainly two-step process requires a lot of muscle and is not something I’d like to do often. It’s an easier, more fluid maneuver in many other vans.

The multimedia and climate control panel is not easy on the eyes; it’s a cluttered and confusing array of screen, dials and small buttons. Once you get the lay of the land, though, the controls are all within easy reach of the driver and the system is easy to use. The standard Entune multimedia system’s 7.0-inch glossy touchscreen was responsive, with an intuitive menu structure and large, clear onscreen buttons; a 6.1-inch screen is standard.

My test van also had Toyota’s available Easy Speak voice-amplification system, which projects the driver’s voice through a hands-free microphone to the third-row speakers. With a 6-year-old who wants to converse nonstop, I was eager to test the voice-saver. In the third row, my tiny talker had no problems hearing my amplified voice, but Little Miss Chatty thought I sounded so funny, she asked me more questions than usual and eventually told me to turn it off; she was “tired of playing this game.” That made two of us.

Kids are likely to be more impressed with the optional DVD entertainment system’s 16.4-inch flip-down screen, which can display two videos side-by-side and has an SD card slot and RCA and HDMI inputs; it’s also Blu-ray compatible. Parents will appreciate the two pairs of wireless headphones.

Unlike the Chrysler Pacifica and Kia Sedona, the 2017 Toyota Sienna did not ace the Insurance Institute for Highway Safety’s minivan crash tests due to a score of acceptable (out of possible scores of good, acceptable, marginal or poor) in the small overlap front test.

A backup camera is standard on all trim levels; a helpful 180-degree backup camera is available. Blind spot monitoring with rear cross-traffic alert is standard on SE Premium, XLE and Limited trims. Toyota’s Pre-Collision System, which uses audio and visual alerts as well as automatic braking to prevent a crash, is optional on the top Limited model but unavailable on other trims.

The 2017 Toyota Sienna remains the only minivan with optional all-wheel drive and is a strong contender in terms of its two-wheel-drive fuel economy and cargo-hauling abilities, but the Sedona and Pacifica do the job quicker, quieter and with more style — or should I say… swagger?

I owned a 2014 sienna limited premium and was the best vehicle I have ever owned in my 50 years of driving, owning 16 different cars, Suvs and Vans. I purchased a 2017 Toyota Sienna Limited Premium AWD and I like it but I don't like the way it shifts, its very jerky. I did get a computer engine software update that helped very much. The engine having 40 more horse power would make me think that it would have tremendous power compaired to my 2014, but it did not. So it purchased a what call (chip your car) that connects under the dash to get more refindment in the performace, to unleash the filtered performance and it did. What a difference in performance. I purchaced the chip for 150.00 and its worth every penny. I am a performance guy especially when driving a nice van. So with the Toyota Software upgrade and my computer chip upgrade now we have a nice performace running van which my 2014 had also.

February 6, 2021
By Rachelle from Saint Louis Missouri
Owns this car

I have owned it for almost 4 years the car met my expectations. The only issue the battery didn’t last as long as expected otherwise excellent vehicle.

Excellent car, well thought and designed from user perspective. My first AWD and i am really surprised the amount of thought put into this vehicle

Rating breakdown (out of 5):
3 people out of 3 found this review helpful. Did you?
Show full review
See all 147 consumer reviews 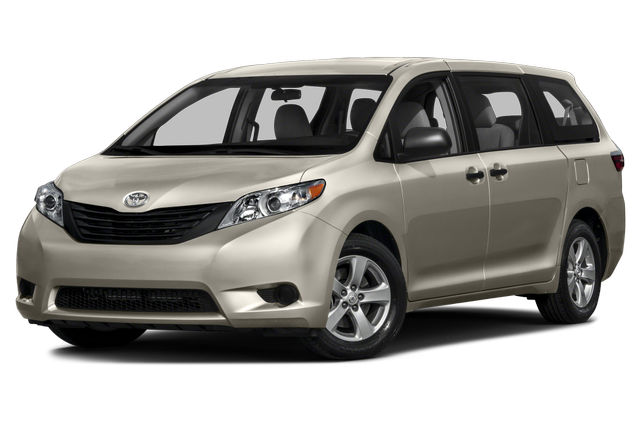 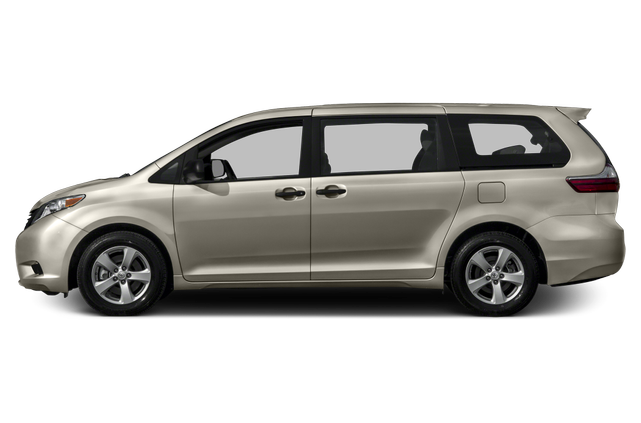 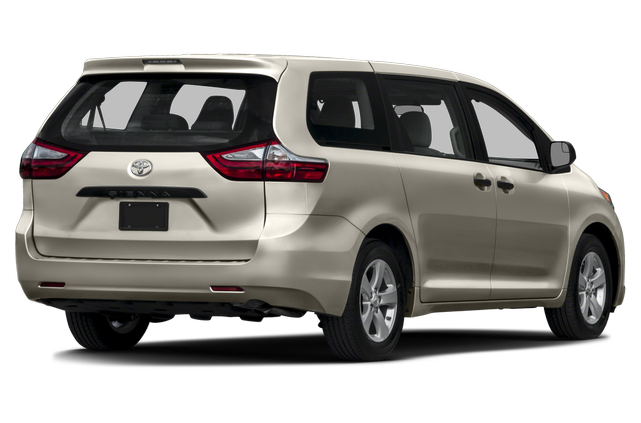 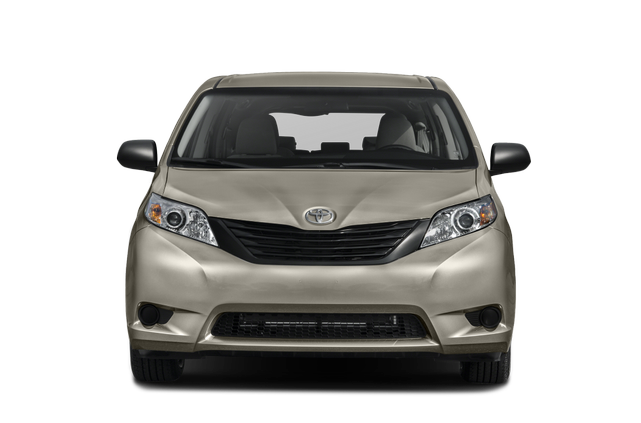 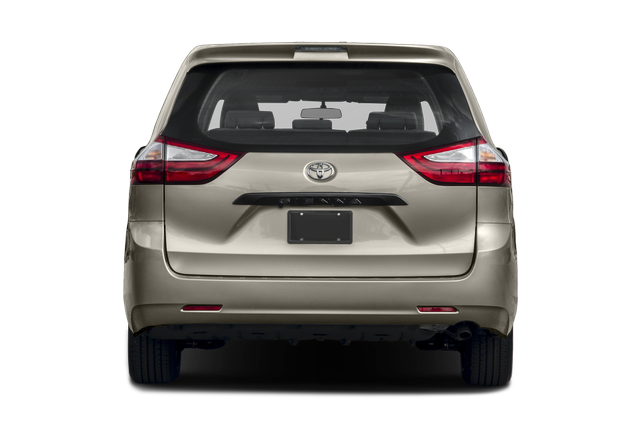 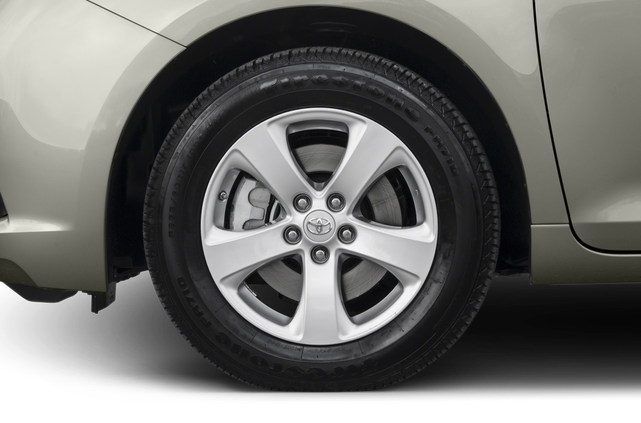 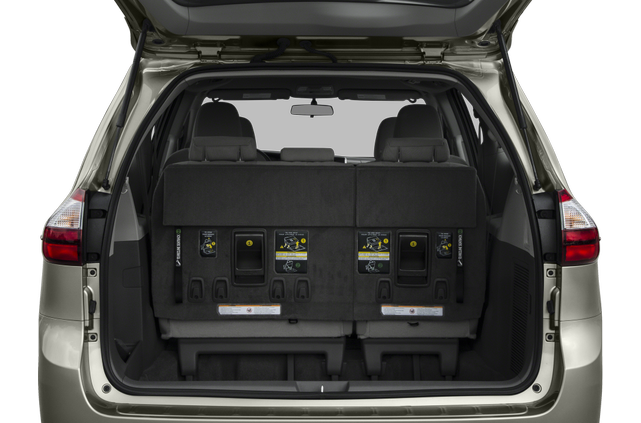 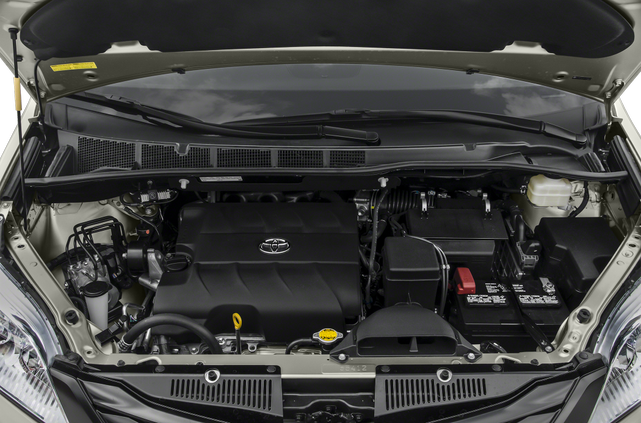 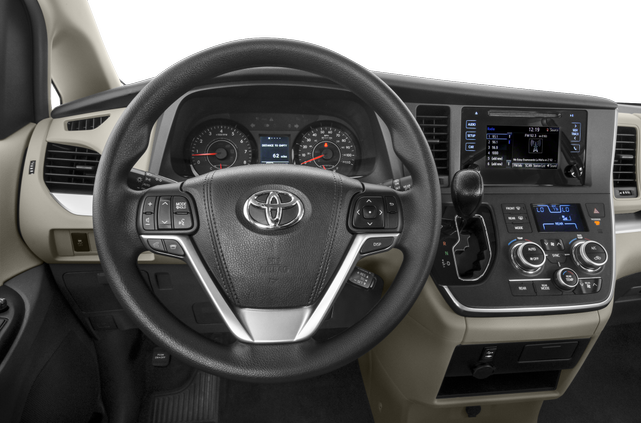 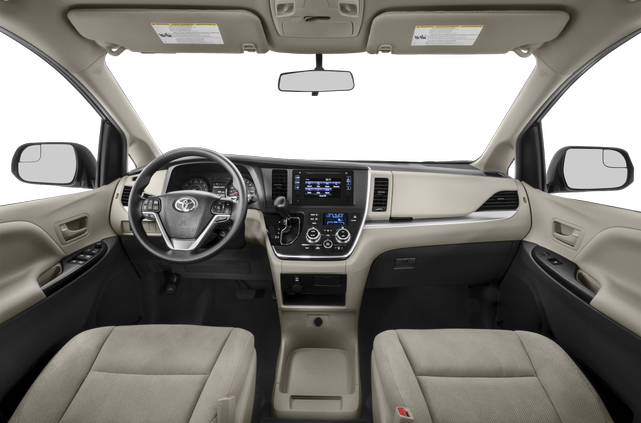 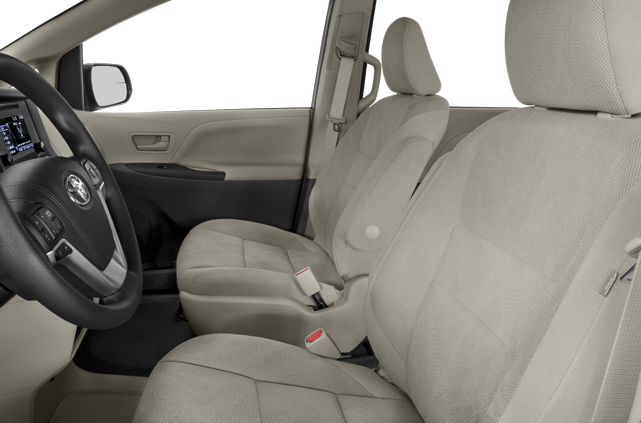 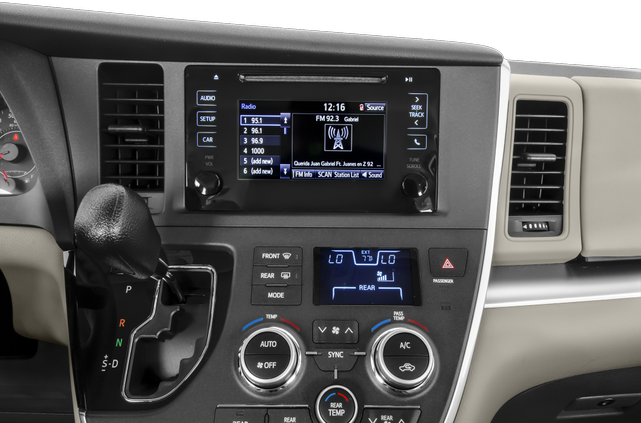 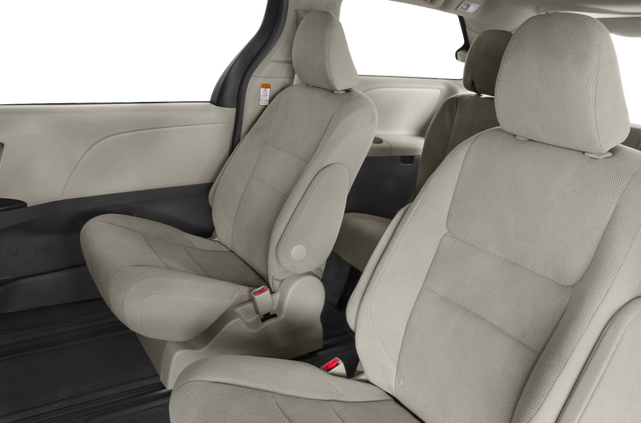 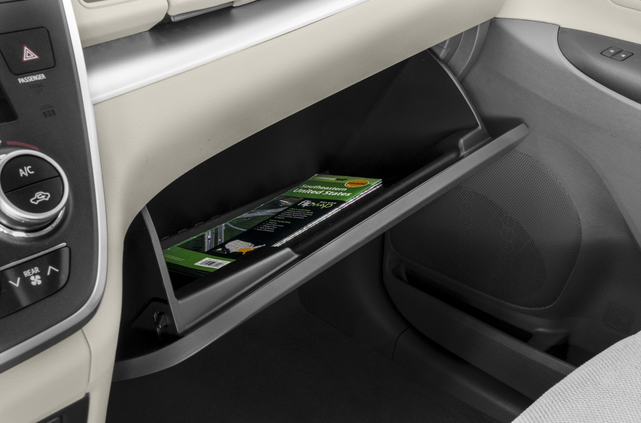 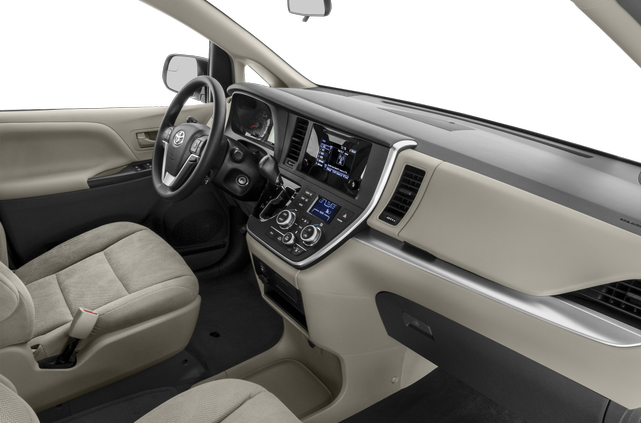 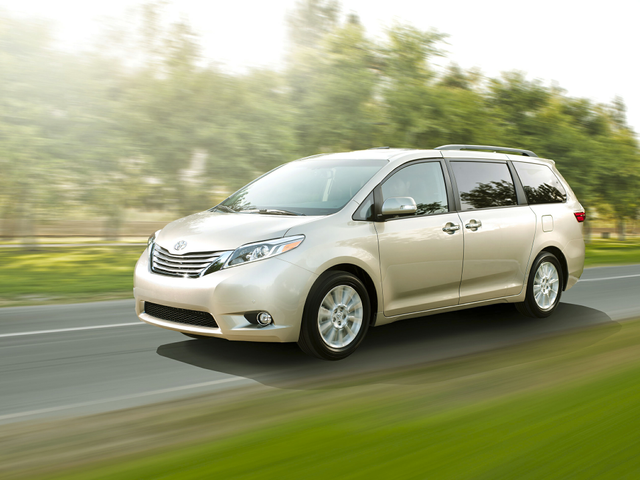 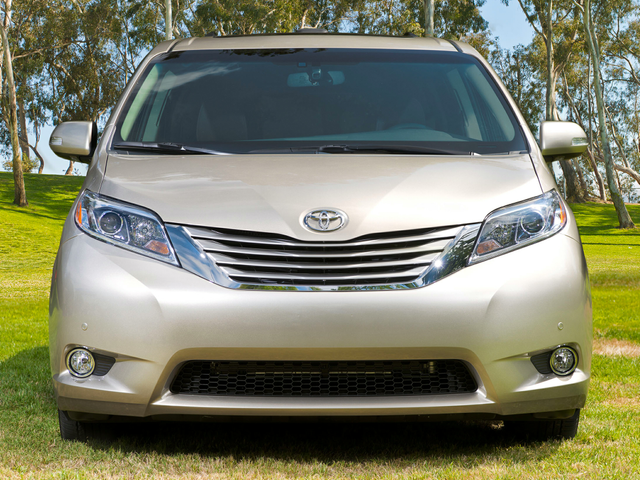 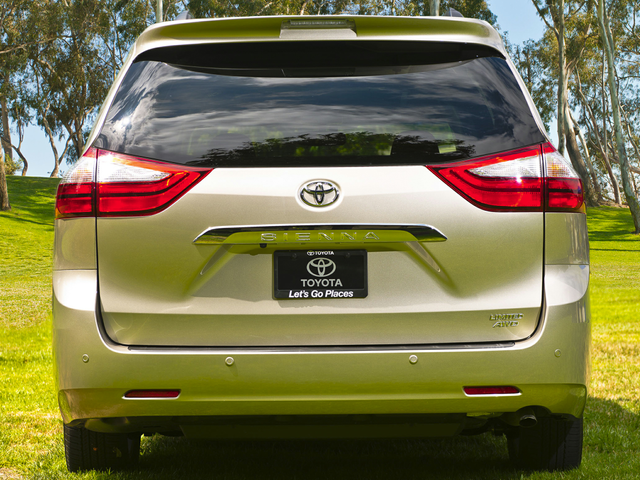 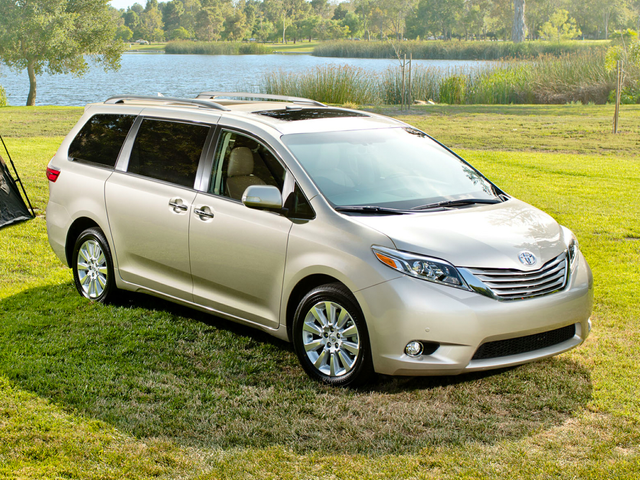 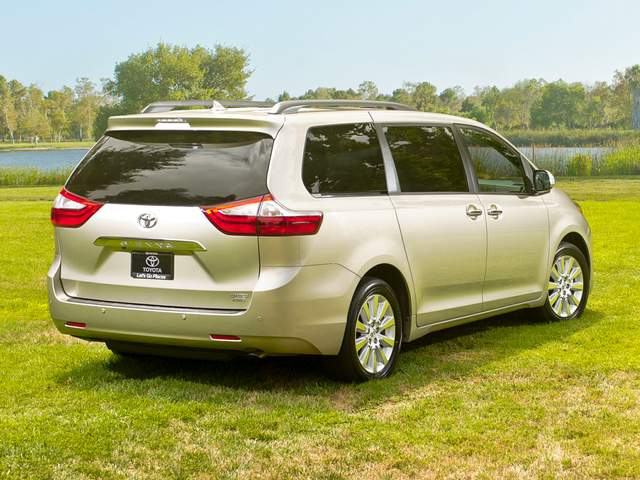 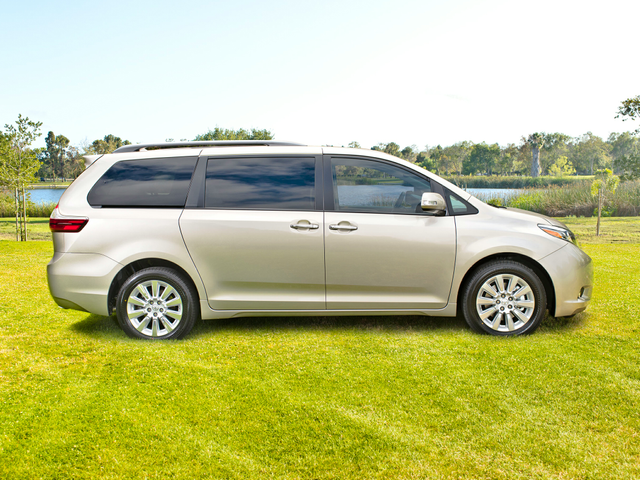 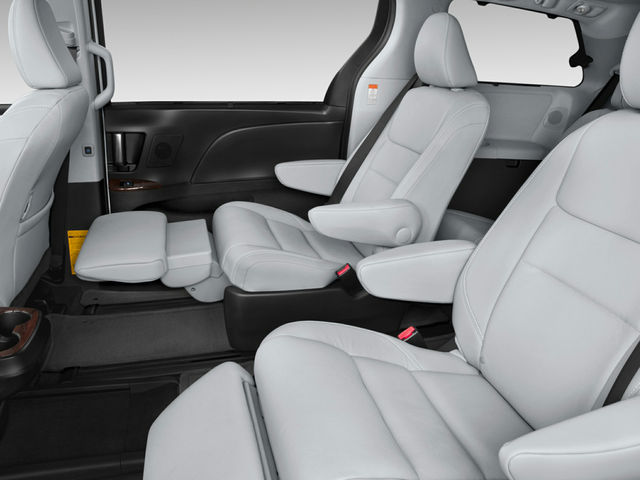