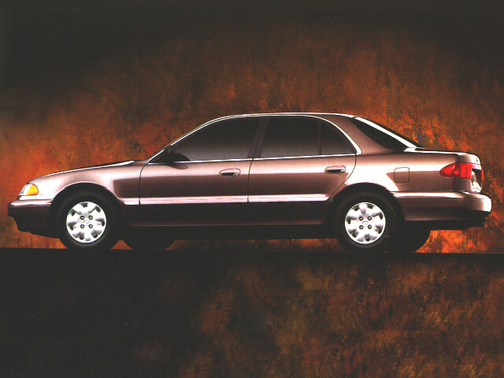 Our 1997 Hyundai Sonata trim comparison will help you decide.

There’s one overwhelming reason for you to look at the redesigned 1997 Hyundai Sonata, which otherwise barely stands out in a crowded field of competent family sedans.

If you want to buy a mid-level Ford Taurus, Honda Accord or Toyota Camry with a V-6 engine and most of the options that come standard on the ’97 Sonata GL, plan on spending well over $20,000. You’ll only have to shell out $18,000 for a Sonata equipped like our test car. Which raises the obvious question: Is the Sonata a true bargain?

She: If the Taurus looks like a catfish, the Sonata resembles a Disney cartoon heroine to me. Especially Pocahontas or the Princess in Aladdin. Look at the headlights. They start out nice and round, and then swoop up toward the corners like someone going a little heavy on the eyeliner. Definitely the car’s most notable feature. And something that caused a lot of passers-by to ask me, “What’s that car?”

He: I know some catfish who might be insulted by your reference to the Taurus. And the Disney comparison sounds a little wacko to me. I agree that the Sonata’s headlights are catchy, not necessarily cartoonish, and I think they’re terrific. Just think of how bland the noses of the Accord and Camry look alongside the Sonata, especially with the stylish grille that’s been inset on the ’97 model. This car looks good from almost any angle – not boring, not garish, but quite distinctive.

She: The Sonata’s improvements go beyond the cosmetic stuff, though. Besides rebending the sheet metal front and rear, Hyundai revised the cabin. While they were at it, they paid a lot of attention to reducing road and engine noise by adding extra insulation and sound-deadening materials.

He: Funny thing. Hyundai, in its press material, talks about how the doors are now flush-fitting and the mirrors were redesigned to minimize wind noise. Unfortunately, the reality is that this is still one noisy car, especially over 60 mph.

She: Before you decide to run out to your nearest Hyundai dealer, another word of warning. The GL we tested was among the most hard-starting vehicles we’ve ever been in. Didn’t matter if the engine was hot or cold. It usually took at least five or six seconds of steady cranking before it would turn over. It never failed to start, but it sure gave me a little feeling of anxiety.

And one thing Hyundai didn’t fix from the ’96 model is the automatic transmission, which still lurches when you shift from reverse to drive. Picture yourself backing out of the driveway and then getting a mini-whiplash sensation as you throw the shift lever into drive. Not enough to see the chiropractor, but enough to make you mutter under your breath.

He: You usually make me mutter under my breath. But there’s no excuse for not fixing that transmission, which has been a major annoyance for several years. I was equally surprised by the rough trim on the steering wheel.

You could grasp the botto m of the wheel and feel the flashing – the thin ridge of plastic – left from the mold. Tacky. And not what you’d expect to find on an otherwise decent-looking family sedan in this price bracket.

She: On the positive side, there’s other stuff you wouldn’t expect to find standard on a mid-level family sedan. You really feel like you’re getting something for your money when air conditioning, AM-FM stereo cassette, power door locks, mirrors and windows are just a few of the standard items on the Sonata GL. This may be the nicest Korean car we’ve driven, despite its flaws.

Yet I would still recommend a base Taurus over the Sonata, if all you have to spend is $18,000. You’ll be swapping the Sonata’s standard features for Taurus’ solid feel and reputation.

He: On the mechanical side, Sonata’s all-independent suspension has a pretty plush ride.

I’d recommend the optional 15-inch tires and wheels for an even smoother ride. We crabbed about the automatic transmission, which outside of that absurd lurching is otherwise fairly smooth.

The optional V-6 engine is merely adequate, however, and doesn’t make nearly as much power as the sixes in many of its competitors. In fact, it only delivers 5 more horsepower than the base twin-cam 2.0-liter four-cylinder. Fuel economy is not much better than middle of the road, either, at 18 miles per gallon in the city and 24 on the highway.

She: The Sonata has ample head, leg and shoulder room for front and rear passengers – within an inch or two of the Taurus, Camry and Accord. And visibility is quite good in all directions. We noticed the Sonata comes with four-wheel power disc brakes, which are more expensive and grip better than drum brakes, but ABS is still an extra-cost option.

He: An option that we didn’t have on our test car. Sorry, Princess. Maybe you want to take a closer look at that “catfish.”

Rates based on an average family of four from the Livonia area whose primary driver is age 40 with no tickets who drives 3-10 miles each way to work. Rates reflect multicar discount and, where appropriate, discounts for air bags and seat belts.

Nothing but praise for my Sonata.

Terrific pickup and braking power. Fuel economy is good but not great. Comfort and control are wonderful with no body roll. Handles very well at high speed. Good mirror vision. Must learn to judge size of vehicle as difficult to determine position by panels. Great little turning circle. Dash controls and lights are great. Additional boot room through rear seats folding down. Easy to enter and exit with huge amount of interior space. All round great vehicle. I intend to buy another one when it's time.

Maybe it was because we got it used....it only had 100 thousand miles this year(2007) but the transmission was shot, it wouldn't pass emmisions, interior features were lacking at best, at least the engine ran somewhat allright. Perhaps neglect in the past lead this car to what it is today, all I know is this car is better suited for the junkyard. 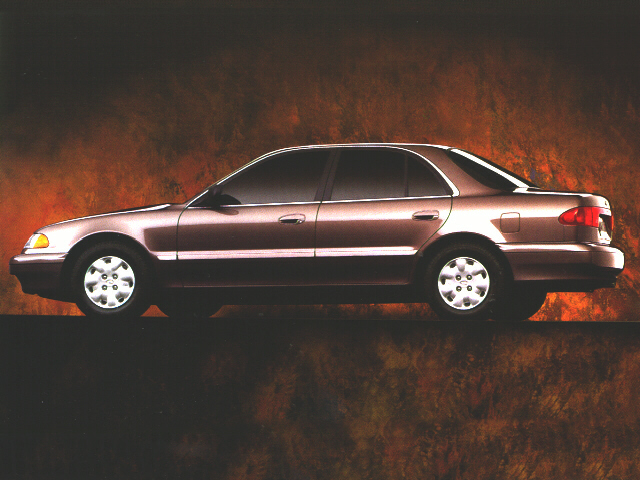 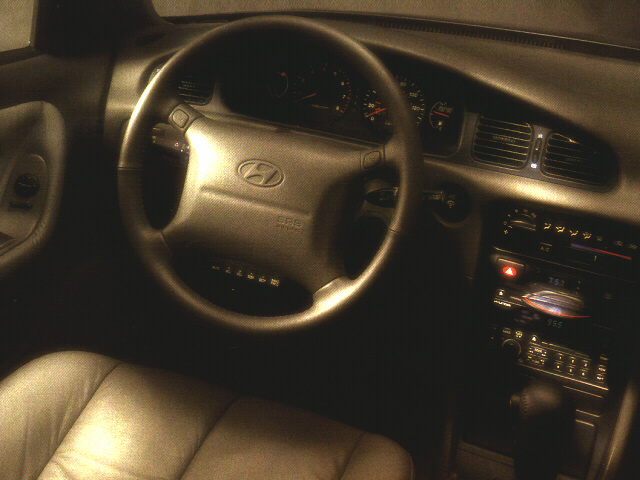 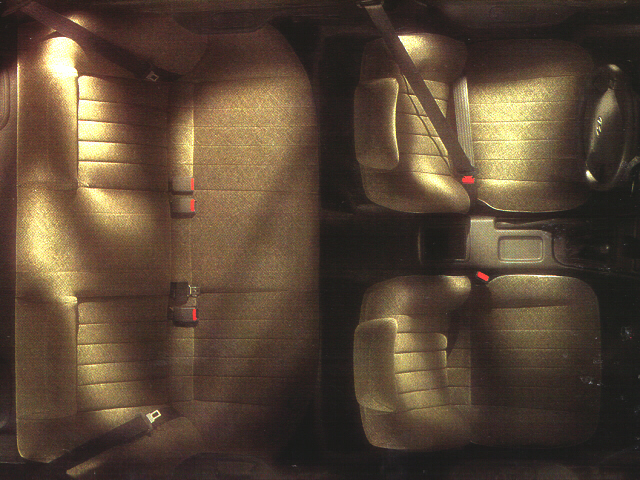