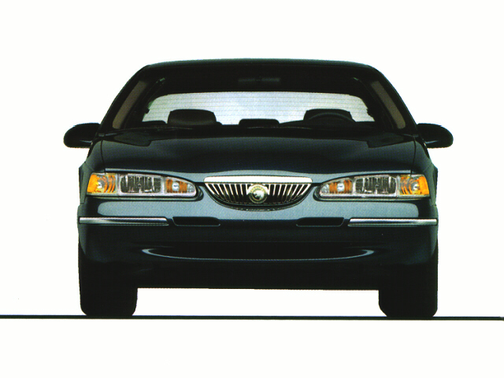 Our 1996 Mercury Cougar trim comparison will help you decide.

The axiom used around Detroit for years is: Sheet metal sells. Put a fresh wrapper on old goods and watch the buyers line up.

Maybe this could explain why the Mercury Cougar isn’t the first name one thinks of when considering a stylish coupe. Detroit invented the big two-door personal luxury coupe, and the Cougar’s basic shape has been around since 1989, although it does receive a new grille and tail lamps for 1996.

But look a little closer — this is one rare cat.

With its V-8 engine and rear-wheel drive, the Mercury Cougar XR-7 faces a field of front-wheel drive competitors. Rear-wheel drive allows a better balanced drive train. The engine is not over the drive wheels, so the car’s weight is balanced, front to rear. Front-wheel drive puts most of the weight up front. While this front-heavy drive train delivers better traction in snow,it’s not so much fun to drive.

Although a 145-horsepower V-6 is standard, pop for the bigger engine — it’s needed to move this 3,559-pound car with any authority. It’s Ford’s single-overhead cam V-8, which boasts 205 horsepower and 280 pound feet of torque. Combine that with an electronically controlled automatic transmission and you’ve got a drive train that positively purrs. It’s the same engine that lives in the Lincoln Mark VII in double overhead cam form so, as you’d expect,there’s little racket from the engine compartment.

Although not overly powerful from a standing start, the engine has plenty of guts once you get going. Stomp the accelerator at speed and you’ll grin from ear to ear.

Stopping is just as assured as going, especially with the optional four-wheel anti-lock disk brakes. Despite some nose dive, braking is painless and straight. And the anti-lock brakes — along with traction assist — are a must for inclement weather. They delivered this car effortlessly through a downpour.

Handling leans toward the sporting end of the equation. This car remains flat through corners and steering has the right amount of effort, although it can be quite heavy at parking speeds. You’ll notice bumps, but won’t feel them. The overall ride is slightly firm, but in no way punishing. At times, it’s easy to feel every pound of this car’s weight. But the handling is so refined, you won’t care.

Inside, Ford stylists have come up with a masterful dash that blends artfully into the center console. Switches are easy to use; they operate with a refined feel. The only bugaboo is the radio. It has a lot of small buttons and is hard to operate without taking your eyes off the road.

The seats are extremely comfortable, offering firm support with the right amount of give. Back seat room in coupes is never generous, but it is better than average here, and Cougar’s formal roofline means that rear-seat headroom is better than in its swoopier cousin, the Ford Thunderbird.

The beige leather on the test car, along with the sophisticated dashboard design, im parted an air of luxury — quite an accomplishment on a fully optioned car costing slightly more than $22,000.

The trunk is long and wide, although not overly deep. But it did swallow boxes from IKEA with little trouble. The optional power moonroof opened wide and was quiet at highway speeds.

Fuel economy was better than expected: an average of 21 mpg over mixed cityand highway driving.

Want a stylish rear-wheel drive coupe with an eight-cylinder engine? Unlessyou go with its cousin, the Thunderbird, you’ll have to step up to cars that are twice as expensive to get an equivalent combination of features and luxury. With the Cougar, you’ll find a car with a serious dose of European road manners tempered with lots of traditional American car virtues.

April 16, 2014
By Brooklyn2florida from South Florida
Owns this car

September 3, 2010
By car reviewer from Minneapolis, MN
Owns this car

It's my first car and it is a blast! I couldn't have asked for anything better. Crazy powerful, fast car. Tons of torque and 0-60 juice. Rides extremely smooth with a transmission that glides into gears... at almost 127,000 miles!!! Bought it last year at 123,000 miles. Absolutely no issues and my friends are flaming jealous of me. It has pearlized white paint with rare blue interior. Rare wheels to go with it. We have a car that has been in the family for 40 years and I'm planning on having the Cougar do the same thing. I'm going to complete the set by buying a '96 T-Bird and '96 Lincoln Mark VIII someday. No rust!!! Does not drive in winter. Spun wheels for 4 blocks straight before tearing up the driveway trying to go up it. This is a must buy!!!

BEST CAR FOR THE MONEY

I did buy this car used with 55k on it but it has been a great car if your looking for a used car look for a good used cougar there great cars . 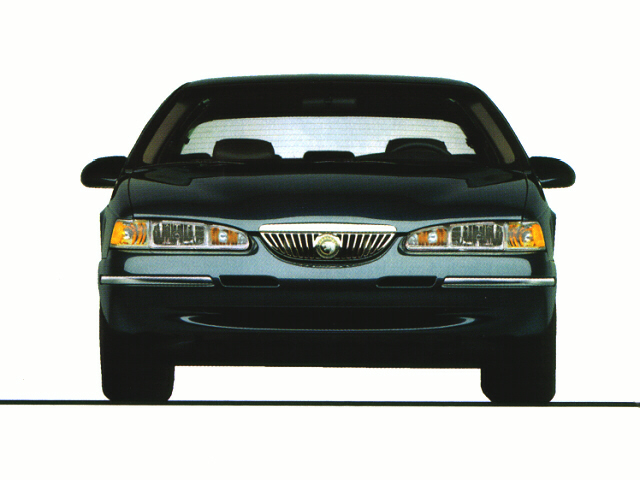 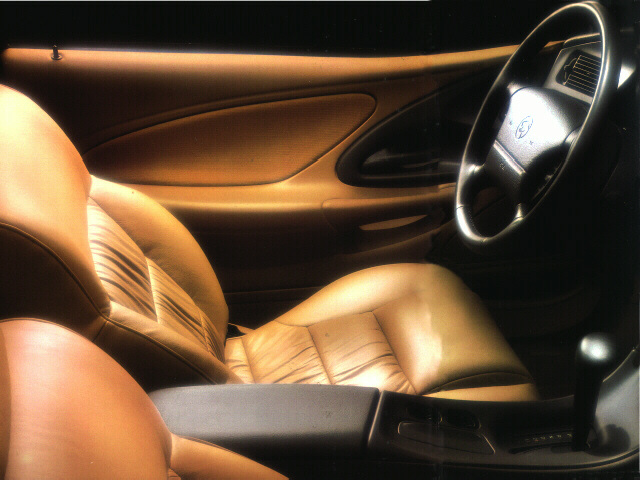