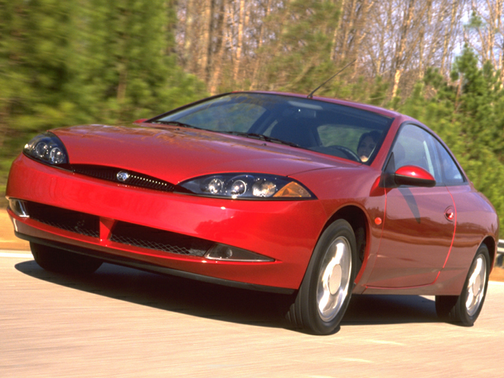 Our 1999 Mercury Cougar trim comparison will help you decide.

When I say Mercury, what do you think of?

Some may think of the ’49 Merc, a car that’s immortalized in celluloid.

Others think of chrome-encrusted land yachts. A member of my family said that they’re just like Fords, only a little uglier.

But, in the era of brand management, where companies want their brands to conjure up specific images in people’s heads, this just won’t do.

And so, there’s the 1999 Mercury Cougar, a fast-forward look at the new styling direction for the division.

Say goodbye to the jellybean. Say hello to “new edge.`’

Ford already has employed this look on such European models as the Ka, Puma and Focus. So it’s no surprise that, since the Cougar was designed by Ford’s European operations, this the first time the design theme has been employed in America.

A sharp rising plane gives the car an edge that plays against the rounded contours of the rest of the design. It gives the coupe a tautness. This triangular plane also gives Ford designers a theme to carry throughout the car. But Ford designers use circular elements to play against the angularity. It shows up in the tail lamps and on the dash and door panels inside. Even the cat’s-eye shaped headlamps show thoughtfulness and integration of design.

The result is a car that’s not just edgy, but dances on the brink of post-modern styling. It’s visually arresting inside and out. This is important in the small, sporty coupe segment of the market, where freshness counts. Designs have a short shelf-life.

But what this car is meant to do is lead the division away from the tyranny of aerodynamics and, more importantly, help it to stand apart from the Ford division. It looks like nothing else on the road, showing little influence from other automakers’ sport coupes.

Note, however: This model is exclusive to Mercury, with no Ford equivalent. This is another way in which Mercury hopes to distinguish itself. Look for more Mercury models to cease being uglier clones of their Ford counterparts.

Lastly, it returns the nameplate somewhat to its roots, as a somewhat upscale sophisticated 2+2 coupe. The Cougar debuted for the 1967 model as a more luxurious Mustang. But the car grew into a fat cat, a large flabby overwrought cousin of the Thunderbird. There have been attempts to reinject some sportiness into the nine lives of this cat, but only with this sharp departure in design has it been truly successful.

Under the interesting design is something most people will recognize — Ford’s Modeo/Contour/Mystique platform. This compact platform has midwived a line of sporty compacts that already employ great handling dynamics. Here, a firm suspension claws quickly through corners and returns a rather tight ride. You’ll feel the bumps, but that’s because it’s a sport coupe. Body lean was minimal.

There is however, quite a bit of road and tire noise in this car, not unusual in this class.

How much “go” this car has depends on which engine y ou buy. If you know the choice you get with a Mystique, then you’ll know the choice here. Base engine is Ford’s `Zetec,` a 2-liter 16-valve four-cylinder engine with an iron block and aluminum heads. It’s good for a respectable 125 horsepower and 130 foot-pounds of torque. Optional is Ford’s “Duratec,” a 2.5-liter 24-valve six-cylinder engine with 170 horsepower and 165 foot-pounds of torque. These figures are identical to those of the Contour/Mystique.

The test model had the six and plenty of power to make this cat leap off the line. Sure, it’s no V8, but it still has plenty of go. The four-cylinder will probably be sufficient, just like it is in the Contour/Mystique. But it’s an engine for those who like show, not go.

Either engine is fed through a standard five-speed transmission. A four-speed automatic is optional. The automatic transmission never shifted smoothly, and felt unhappy mated to the V6. It might just have been the test vehicle, but try bot h the manual and autom atic versions before you decide.

So, from a performance standpoint, everything’s here that an enthusiast could want, even a pleasing exhaust note. So what’s the inside story?

Space is typical sport coupe, with 2+2 seating. That means comfy, supportive bucket seats up front, with good headroom. The rear is supposedly for two people, although headroom is a little sparse.

But this is one clever cat — it’s a hatchback. That means lots of flexible space when you fold down the split rear seats.

The dash is a real work of art. You can tell someone designed this vehicle with a sporting flair. Yet the materials are a bit cheesy feeling, a disappointment in an otherwise nicely designed automobile.

But look at the round air vents and how they function with a small clever twist; the pseudo-titanium color of the center of the dash; the clever arch of the door handles. It’s almost good enough for MOMA.

Despite the high-intensity design, it’s ergonomically sound, although the stereo is buried below the climate controls.

Gauges are clear and easy to read. Turn signal and wiper stalks are short, stubby and easy to reach without removing your hand from the steering wheel. The steering is nicely weighted, with some road feel, but can be a bit heavy.

But one must always live with some compromise in a sporty coupe, and this one has few that would outweigh its stunning design and nimble chassis. This is the current height of fashion in a market that has few competitors and fewer that are as new as this cat.

That means the Cougar’s a must-see for anyone looking for a sporty, fun-to-drive coupe with an international flavor.

October 21, 2020
By Mdroc1 from Melbourne, Australia
Owns this car

Love my cougar. I have got worn things replaced from time to time and has come up Trumps. No breakdown or big issues in 10 years after buying second hand with low miles. Mine is V6 manual and I'm guessing most people who have problems own the automatic. This car is a lovely manual. It's a bit spotty but not a sports car. It's really a V6 Mondeo. On the open highway, feel like a solid Mercedes from the 1990s that delivered open road pleasure with pep when over taking. I'm keeping mine until it dies, which is apparently a long way off

This car is not going up like its cousin of the same model year. the Thunderbird of 1998 to 2005 (Cougar only made untll 2003, but only a fraction of the cost, A good car overall, and should start appreciating.

Rating breakdown (out of 5):
2 people out of 3 found this review helpful. Did you?
Show full review
4.0

One of the most fun cars I've owned.

Fun car and drove amazing even in wet conditions, wish I still had it. However not as quick as I'd hoped it would be. My 1995 T-bird was faster and still probably my absolute favorite car, but my Cougar was a pretty awesome drive...with better breaks. 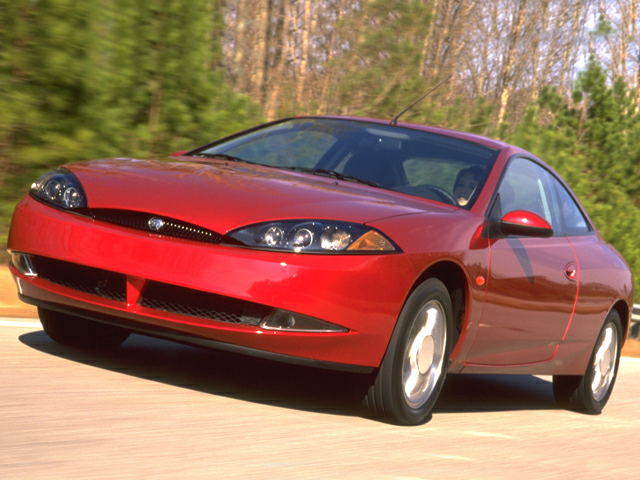 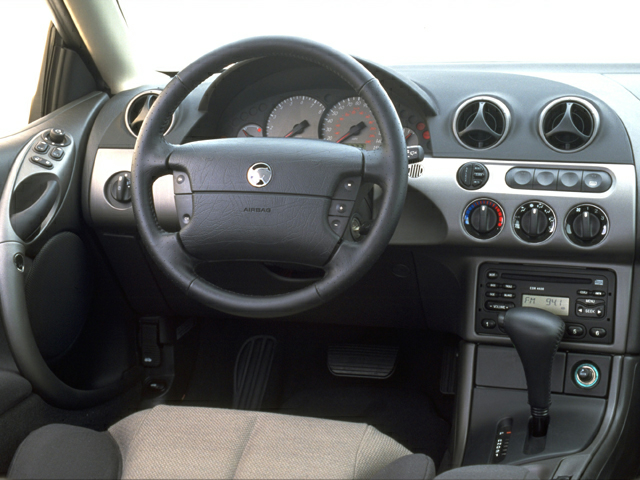