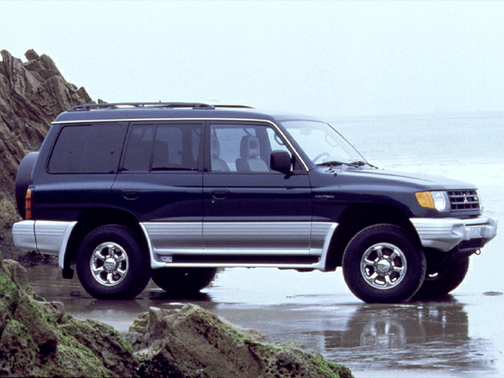 Our 2000 Mitsubishi Montero trim comparison will help you decide.

If you think young guys look at sports cars with admiring glances, you obviously haven’t spent much time in the rugged Mitsubishi Montero Sport.

Redesigned for the 2000 model year, the vehicle features crisp roof lines and pillars, nestled upon a bulging, muscular body. Up front, a deft balance of angular blackout trim and chrome gives this vehicle a tough, macho appearance.

This is no styling illusion. The Montero Sport is derived from Mitsubishi’s old Mighty Max pickup, so this isn’t the plush minivan-esque cruiser that many SUVs have become. Instead, this is a T-R-U-C-K, with all the bounce and body lean that implies.

Not to say this is a bad place to spend some time.

There are four trim levels, ES, LS, XLS and Limited. The first three trim levels get a 3-liter single-overhead-cam 24-valve V-6 engine good for 165 horsepower. Opting for the top-of-the-line Limited nets a 197-horsepower 3.5-liter single-overhead-cam V-6, good for 197 horsepower and similar to the mill found on the larger Montero. All models are available with either rear-wheel-drive or part-time four-wheel-drive.

The test vehicle was the full-zoot Limited with part-time four-wheel-drive. Although the extra oomph of the 3.5-liter is welcome, it never feels overly quick off the line, but power is more impressive once up to speed.

Handling is about average for this type of truck: somewhat cumbersome, but easy to control. Suspension is independent up front, torsion bar out back. The ride only gets choppy over the broken, bombed-out craters that appear this time year.

A four-speed automatic is standard across the line and features adaptive shift control. The transmission adapts its shift points to the driver’s driving style. In addition, there’s a winter driving mode which starts the vehicle in second gear from a stop.

If you’re actually going off-road, the Montero’s four-wheel-drive is engaged by a console mounted lever with high and low range. A limited-slip-differential is available for both two-wheel- and four-wheel-drive models, but you have to pop for the XLS and Limited trim levels to get it.

Two-wheel-drive models make do with front disc, rear drum brakes. Better to opt for four-wheel-drive which nets you discs at all four corners and ABS.

Aside from the engine, what separates the Montero Sport Limited from more plebeian Montero Sports is its somewhat cushy cabin. The cabin itself doesn’t have as much height as you might expect, meaning some tall passengers might feel cheated of headroom. Watching traffic lights means ducking to see them.

The seats are firm and supportive. The test vehicle’s gray leather didn’t appear opulent, but it gave the cabin an upscale feel. That can’t be said of the fake wood trim, which seemed less tasteful.

Mileage was low, even for an SUV. City driving yielded a paltry 13 mpg, with 16.6 in highway driving. At least it takes regular gas.

There is a cult following for this vehicle . The generation called the 2.5 generation (made from 98-00) is very rare and very desirable. They still command great sums of money.

Great vehicle. Goes well in snow/mud and is a champ in tight off-road maneuvers. Handles well on road for such a high profile vehicle, although this is no sports car. I travel a lot with friends/family and this is a great vehicle to do so in. Love the super sized sunroof, heated seats, mitsu/infinity sound system, passenger space, and best of all the view over traffic. It's awesome! I do wish however that Mitsubishi would've offered a V8, or even a high output V6 such as Nissan's 3.5 240hp/265lb. ft offering. I'm dropping a 4.0 300hp Lexus motor in mine and updating the suspension as well. Great truck, utterly reliable, and safe too. 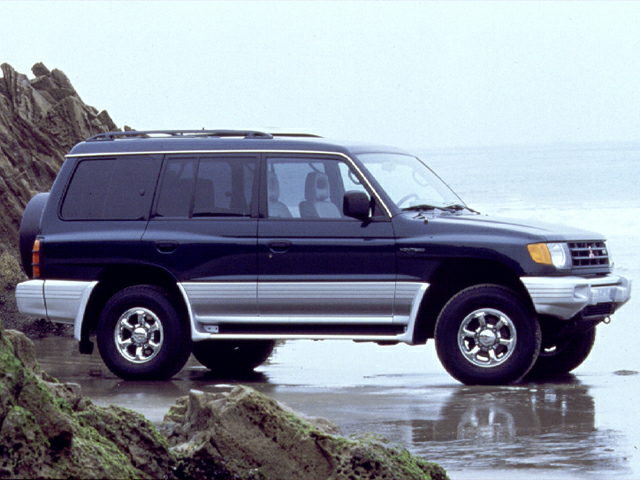 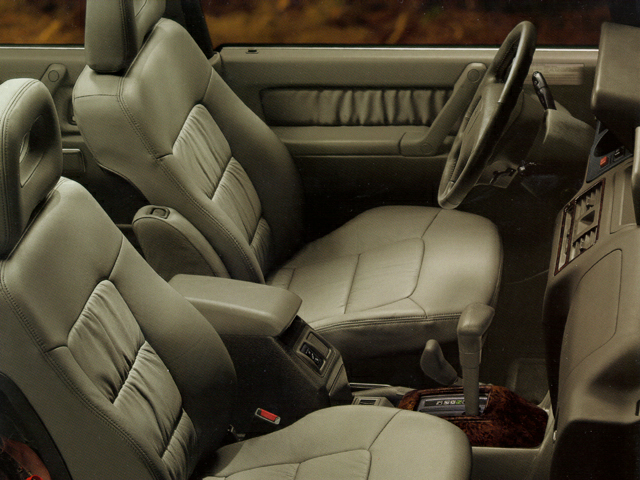