Our 2007 Saturn Aura trim comparison will help you decide.

Serving as a replacement for the forgettable L-Series, the new Saturn Aura marks a renewed attempt by the brand to establish itself in the midsize sedan market. The car impresses on a few fronts. Its handling performance is above average for the segment, and its two available V-6 engines are capable performers. Where it struggles is on the inside, with an interior that has too many problems to be considered among the best in the segment.

Exterior & Styling
Like the Pontiac G6, the five-person Aura is built on an extended-length version of GM’s midsize-car platform, and it’s one of the best-looking sedans using this design. It features subtle fender flares, a naturally arcing roofline and a short rear deck. The base XE model has standard 17-inch steel wheels (17-inch aluminum wheels are optional) and the uplevel XR gets 18-inch aluminum rims that fill up the wheel wells nicely. The clear-lens taillights feature LEDs.

While its styling is appealing, I miss the aggressiveness of the concept version from a few auto shows ago. Here’s hoping the Aura will eventually get a high-performance Red Line variant with the bulging fender flares, side skirts and gaping lower grille that gave the concept such a sense of presence.

Ride & Handling
The Aura’s road manners are a pleasant surprise. The four-wheel independent suspension has front and rear stabilizer bars, and when cornering, the XR model remains impressively flat for a family sedan; body roll is well controlled. The suspension is tuned for firmness, but it’s fairly good at damping bumps in the road, too. It’s a setup that’s likely to appeal both to buyers looking for a sporty feel in their sedan as well as those who just need a means of transportation.

In keeping with the sporty dynamics of the chassis, it takes some effort to turn the steering wheel. Unfortunately, the driver isn’t given much feedback in return for the added effort. The rim of the tilt/telescope steering wheel feels overly large, too.

GM has been hyping the quietness of its Buick models lately, but perhaps it needs to highlight Saturn. Even when driving on oftentimes-noisy concrete roads or next to semi trucks, the Aura’s cabin remains impressively quiet. There was, however, an ominous cracking sound that seemed to emanate from the optional first-row sunroof each time I hit a large bump in the road.

Going & Stopping
Unlike much of the competition, the front-wheel-drive Aura doesn’t offer a base four-cylinder engine; buyers get a choice of a 3.5-liter V-6 or a more sophisticated 3.6-liter V-6. The base V-6 Aura undercuts V-6 versions of the Honda Accord and Toyota Camry by thousands of dollars, but with today’s volatile fuel prices, the lack of a four-cylinder option is puzzling, regardless of the Aura’s upmarket positioning. An expected Aura Green Line hybrid could fill this gap.

Though they’re of similar displacement, the two V-6s have different characteristics. The 3.5-liter V-6 provides more-than-adequate acceleration, and the smooth 3.6-liter V-6 is stronger still. The larger V-6 sounds more refined under hard acceleration, emitting a muted growl, but most drivers should be happy with the base V-6’s performance.

The Inside
Although I was initially impressed with the Aura’s interior design, I began to notice flaws after spending a few days behind the wheel.

The biggest shortcomings are flimsy interior pieces and panels. The driver’s door armrest feels like it’s about to come loose each time its indentation is grasped to pull the door shut, and the ceiling-mounted sunroof controls flex into the headliner with each touch. There are rough plastic edges on the glove box, front door pockets and a dash storage cubby, as well as questionable faux stitching accents on the door armrests.

The Aura also fails to include basic features like grab handles, and there’s no center armrest for rear passengers. Combined, these issues give the interior an undeveloped, pre-production feel. It’s all the more startling when you consider the strides GM has made with the interiors of its new full-size SUVs and in cars like the Chevrolet Impala.

The cabin does have some strong points. The optional leather front seats are firm but comfortable, though very tall drivers might wish for more rearward seat travel. The center dashboard’s controls are smartly arranged, and power adjustable pedals are optional.

The rear seats closest to the doors have comfortable backrests, and there’s sufficient legroom thanks in part to the carved-out backs of the front seats, which create extra room for the knees of rear passengers.

Safety
As of publication, the Insurance Institute for Highway Safety had not tested the Aura. The National Highway Traffic Safety Administration awarded the Aura five stars for both the driver and passenger in its frontal crash test.

Antilock brakes, traction control, side-impact airbags for the front seats and side curtain airbags are standard. The XR adds an electronic stability system. All three rear seats include top tethers and anchors to secure child-safety seats; that’s more than many cars have.

Cargo & Towing
At 14.9 cubic feet, the Aura’s trunk is comparable to the competition. Folding the standard 60/40-split rear seats exposes a wide — but not especially tall — opening between the trunk and the cabin. Maximum towing capacity is 1,000 pounds when properly equipped.

Features
Options include XM Satellite Radio and a remote starting system. An available glass roof is made of four pieces (three of which can be retracted) and includes a power sunshade.

In place of a traditional in-dash navigation system, the Aura is available with OnStar Turn-by-Turn Navigation. Subscribers can contact an OnStar operator to get directions, which are then sent to the Aura through the OnStar system. Voice guidance is provided through the audio system. The system works well in practice, though it’s not always available in rural areas. When turn-by-turn directions aren’t available, the operator can read directions to you through the OnStar system, which can record them for later playback. The Aura comes standard with one year of OnStar’s base Safe & Sound plan, but Turn-by-Turn Navigation is part of the Directions & Connections package that costs $100 for the first year and $299 per year thereafter.

Aura in the Market
Whether you’ll like the Aura or not depends on what’s most important to you in a car. If you value a robust engine and capable handling in your midsize sedan, it’s worth a look. If you’re most concerned with how the car holds up on the inside, the Aura comes up short when compared to the competition.

This sedan is more proof that good things can happen when GM throws its resources into a brand. It’s a shame the Aura’s cabin didn’t get a little more attention so the interior could be worthy of the rest of the car.

December 20, 2019
By Matt K from Huntington WV
Owns this car

People like to hate on Saturns, but I’ve owned two now and I love them. They’re very innovative designs and have always gotten great mileage. This one is a little short on headroom but it still fits five grown adults.

September 25, 2019
By Gavin from Olympia
Owns this car

Kind of a gramma car but its clean and very nice. Definitely not my kind of car but its a nice commute car or daily.

I just bought this car in november with very very low mileage. It rides like new. How do i find out if the. Recalls have neen done?

Rating breakdown (out of 5):
0 people out of 0 found this review helpful. Did you?
Show full review
See all 74 consumer reviews

All model years for the Saturn Aura 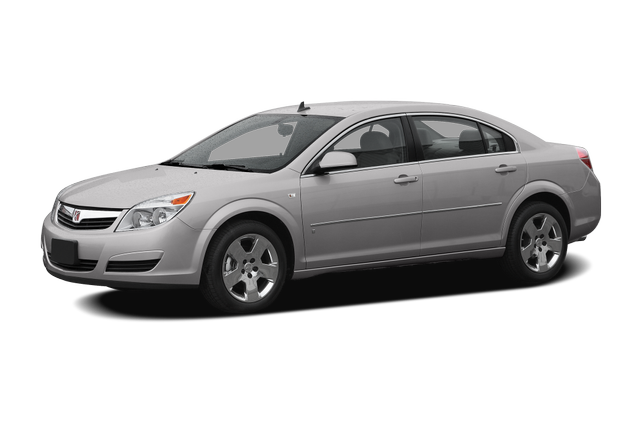 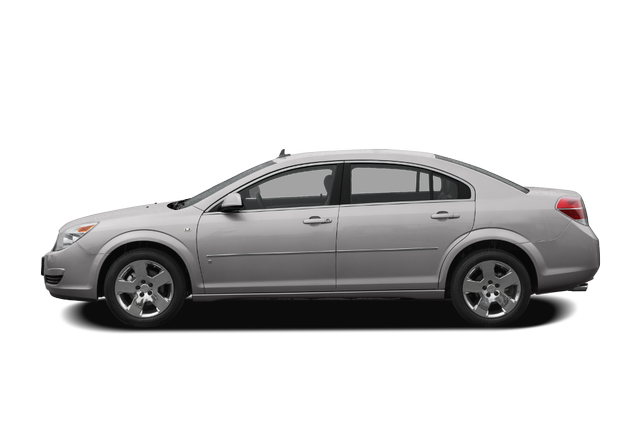 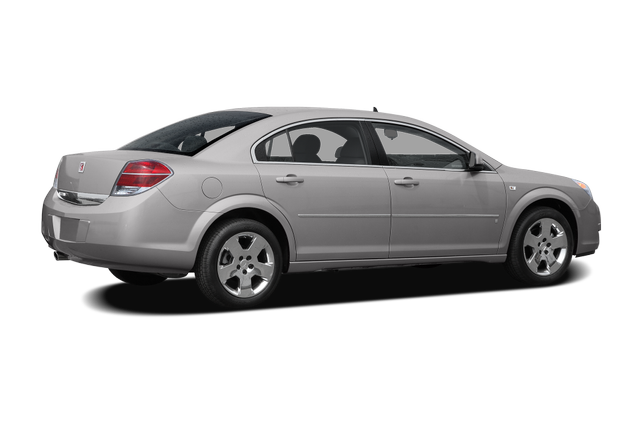 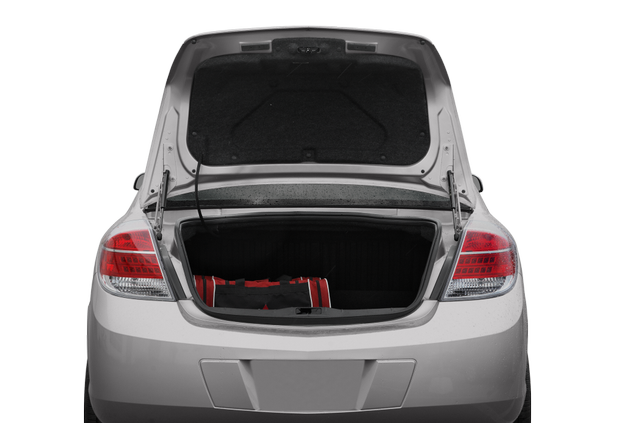 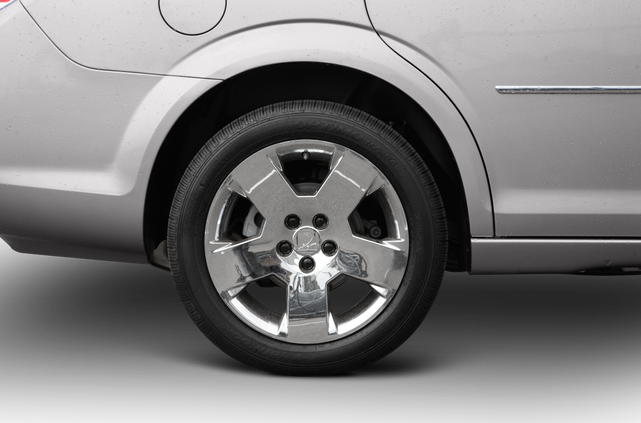 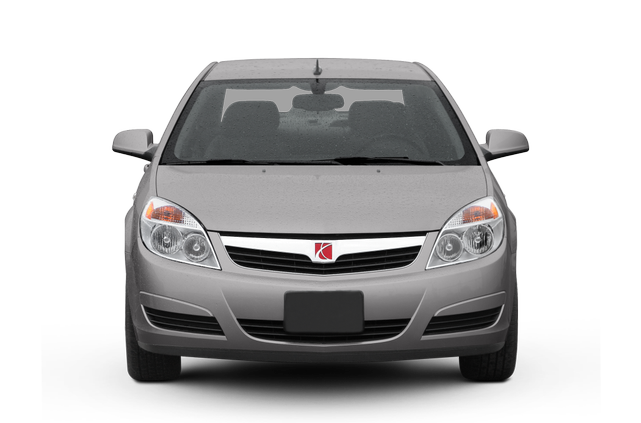 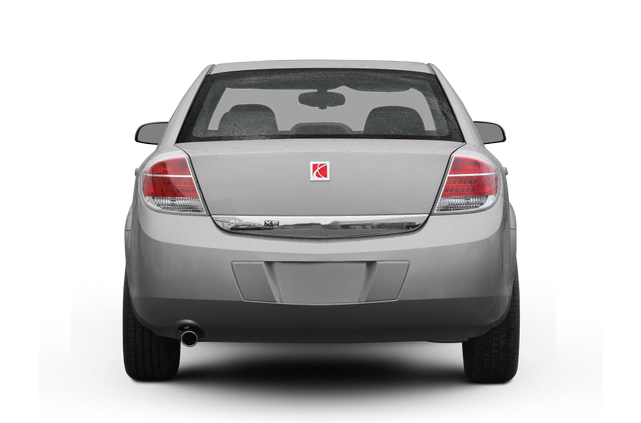 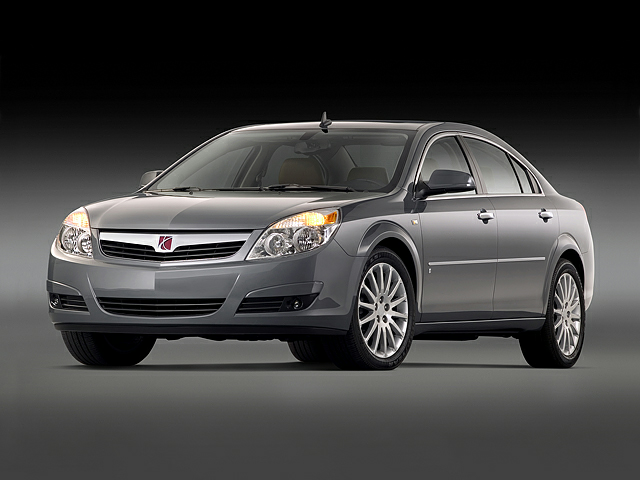 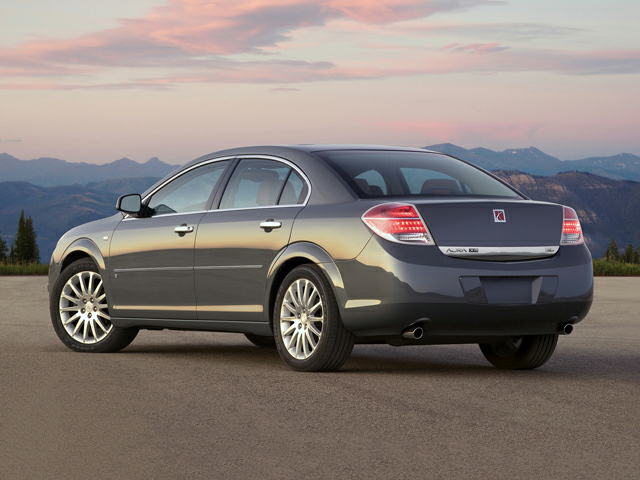 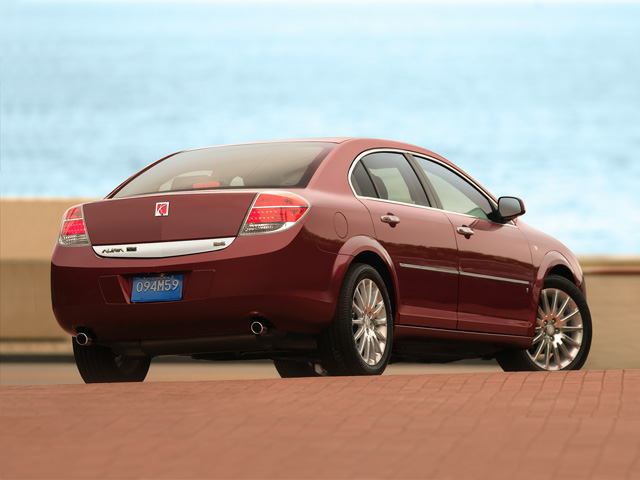 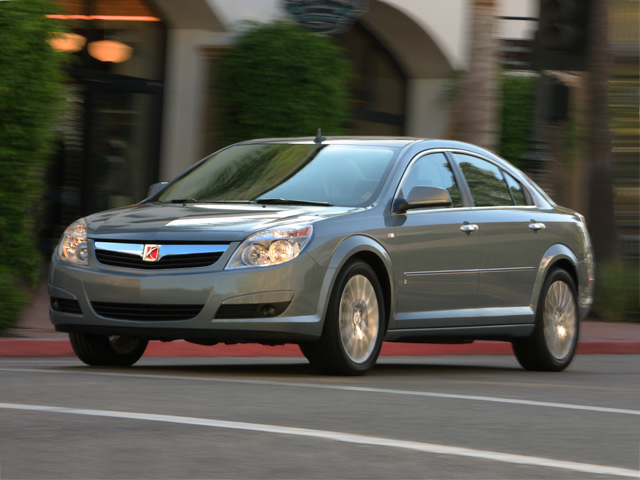 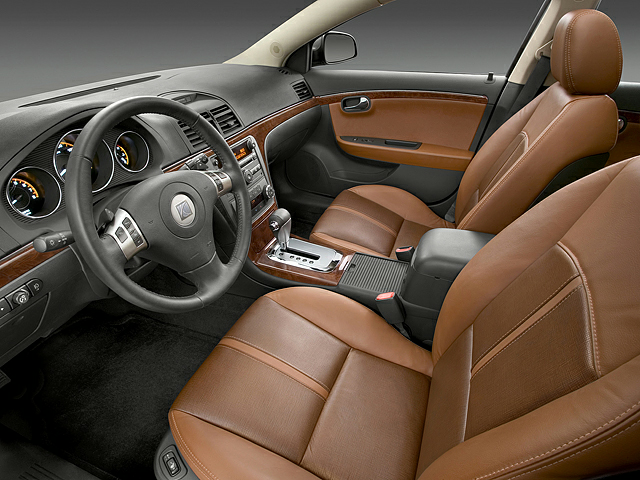 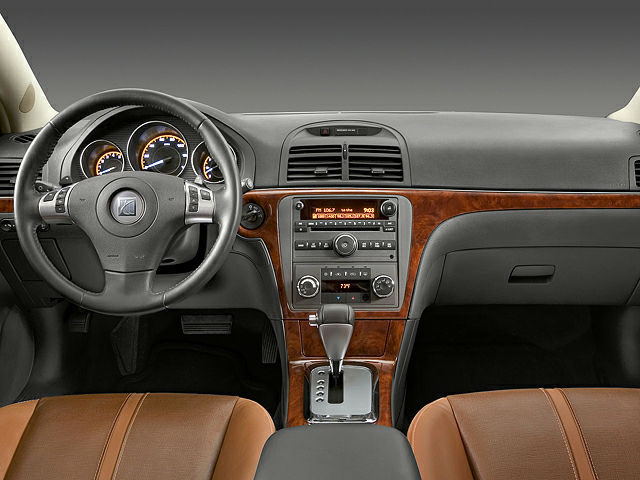 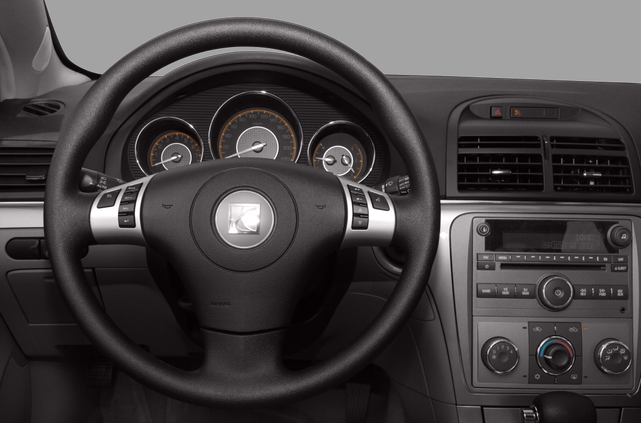 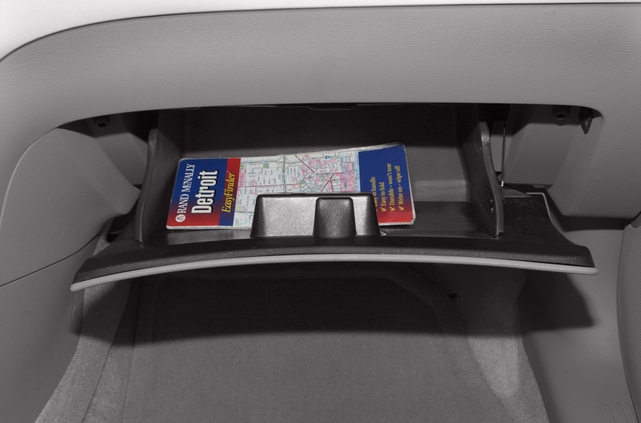 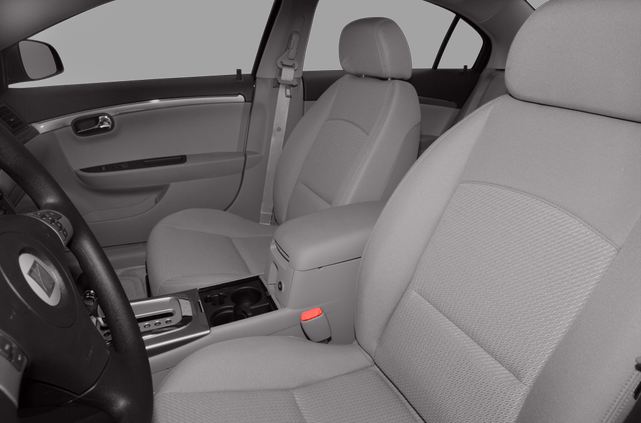 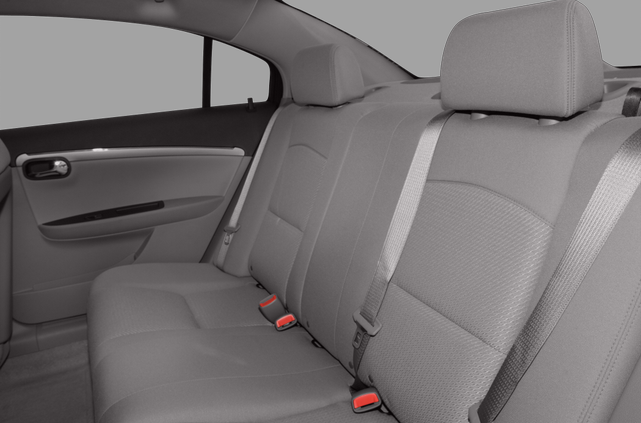 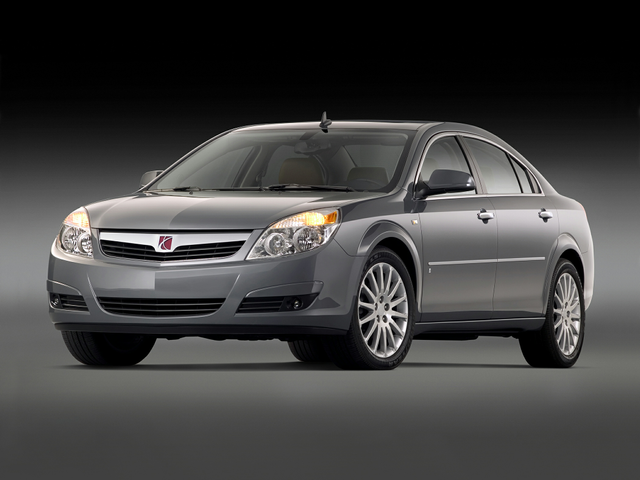 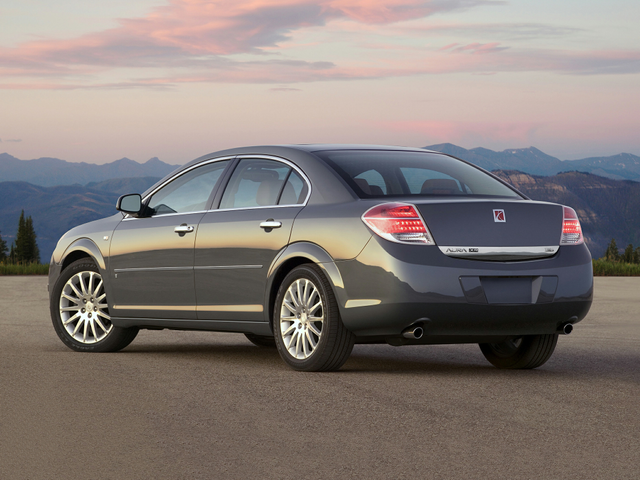 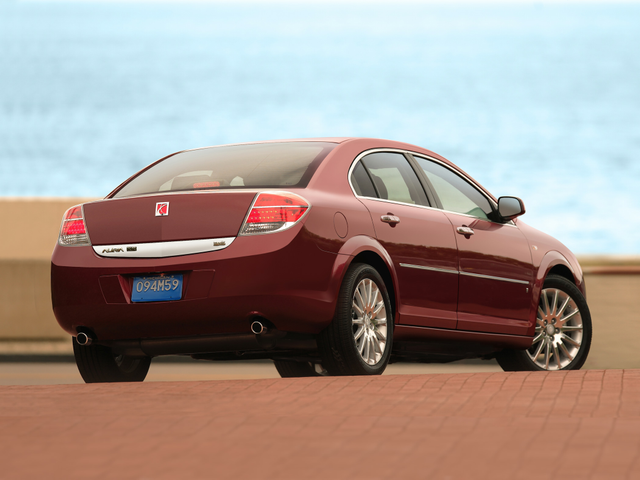 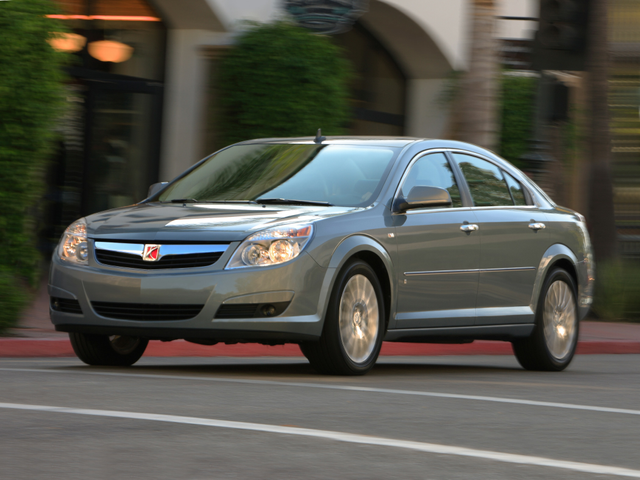 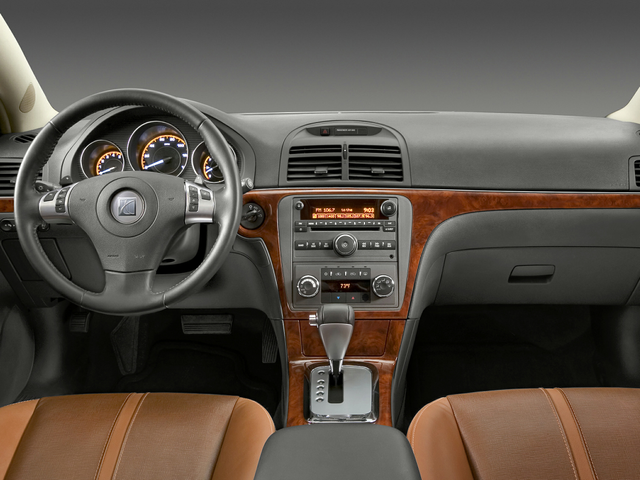