Our 1997 Saturn SC trim comparison will help you decide.

When it comes to success in GM’s automotive cosmos, few stories in recent years top Saturn’s.

With its simple mission to treat customers well, Saturn has become a bright spot for a company still trying to regain its stride.

They’ve done it with great service. The cars? Ordinary, but serviceable.

But for 1997, Saturn gets a restyled coupe to add some sizzle to its lineup.

While the styling of the old coupe was sharp, it had a very ’80s sensibility to it. The new car is more modern, if a bit chunkier in the rear flanks. That’s mainly because of a stretch –the sedan and coupe now share a common 102.4-inch wheelbase. The headlamps are now fixed, replacing the pop-up units. This is good, mainly because daytime running lamps are now standard.

There are two coupes, the SC1 and SC2. Both share all body panels, most of them plastic, for the first time. While the SC1 gets 14-inch tires, the SC2 benefits from 15-inch tires. There’s a difference in engines as well, although they remain unchanged from last year. Both cars are powered by Saturn’s somewhat noisy 1.9-liter four-cylinder engine (“power module” in Saturnese). The base car gets a single-overhead-cam version of this engine, producing 100 horses. The up-level car gets a double overhead cam and 24 more horses. You might decide that the extra horses and sporty nature aren’t worth the extra scratch. But when it comes to a car with sporting pretensions, more ponies mean more fun.

Whichever engine you choose, you’ll encounter a fair amount of noise whenever you really press it. They used to be a lot louder than most competitors, and they’re still louder than the top Japanese competition. But there’s more than enough power to move this car through traffic safely and the noise settles down when cruising.

Either engine can be hooked to a five-speed manual or four-speed automatic. Brakes are front disc-rear drum on the SC1, four-wheel disc on the SC2. Both comewith anti-lock. The SC2’s brakes proved excellent.

The handling is average for a small car. But there are a couple of qualities that make it fun. Its quick steering and good road feel combine for a tossable character. Bump absorption is only average. Road and engine noise are always present.

However, the engine had a harmonic hum at 35 mph that could be heard and felt in the cabin. It was very disturbing.

Inside, the car had loads of somber dark gray plastic. The gauges are large, easy-to-read dials clustered in front of the driver. They were incomplete — no voltmeter or oil pressure gauge. The turn signal lever felt clunky, but all other controls felt well assembled. Even so, this car has more plastic in it than the kitchen appliance aisle at K mart.

The seats were comfortable for the first 15 minutes or so. Long-legged drivers might find the front seats don’t go back far enough. The rear seats are much improved, thanks to the wheelbase stretch.

The center console is very nicely designed and very original looking. Even though the controls depart from a normal look, they were easy to work.

Saturn’s safety stacks up well. Standard dual air bags along with 5 mph bumpers help protect you. But be sure your Saturn has the anti-lock brakes and traction control, two worthwhile options that could save you in an emergency maneuver.

Base price for the SC1 starts at $12,495. Jumping to the sportier SC2 means a starting price of $13,695. But watch the options. Our test car came in at an eye-opening $18 grand, about the same price as cars that are much bigger.

There are lots of good small cars for sale. Saturn sells one that’s fairly reliable and has a great dealer network. But the car itself is just OK. It won’t sing to you with its charm (unless you count the engine noise), but will prove to be a faithful servant. So will the dealer.

That’s why GM has sold so many.

I bought my SC2 at an auction with issues and at 248,000 miles. It now has 264,000 miles and I've replaced items like the radiator, coolant reservoir, throttle position sensor, ac compressor and rotors. All these items are to be expected at this mileage. The engine uses a lot of oil but has been mostly reliable and is very efficient. It's pretty cramped inside for me at 6'4" but is usable. I wish I had a lower mileage SC2 but it has been a good commuter car and is consistently giving me 32-36mpg with the DOHC engine and 5 speed manual.

March 29, 2019
By EvangelistJPL from Peoria, IL
Owns this car

These cars have decent options, are decently attractive, get pretty good fuel economy, and can last pretty long of you're willing to work on them or have them worked on. They are well-known among owners to have transmission valve body issues - specifically regarding the five solenoids. It is common for one or more of them to go bad. Also the coolant temp sensor and the pigtail that attaches to it often need to be replaced. The fixes actually aren't too hard and do have a lot of in depth documentation online helping do-it-yourselfers to get the jobs done inexpensively. Nonetheless, they aren't Toyotas. They aren't as reliable, and most of them are uglier. In a rare exception, the SC1 of this year isn't half bad to look at.

This car is very reliable very affordable to fix it has great features like sunroof power door locks power windows right side power mirror bucket seats alloy rims and gets great gas mileage over 30. The engines on these cars with a little maintenance can go over 200,000 miles with no issues as I had a few of them. I would upgrade the cars suspension and the car be perfect. 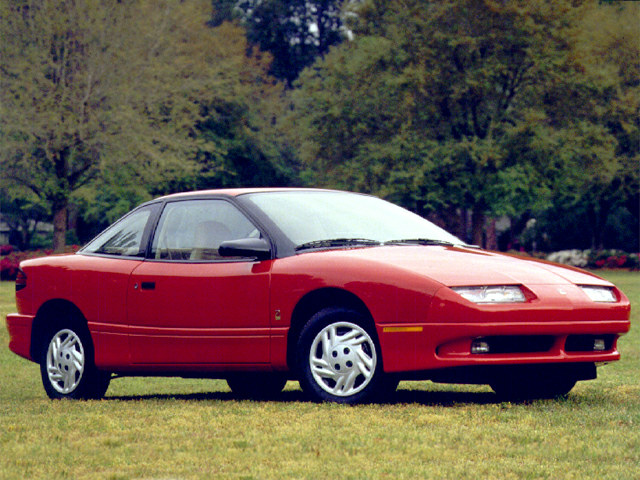