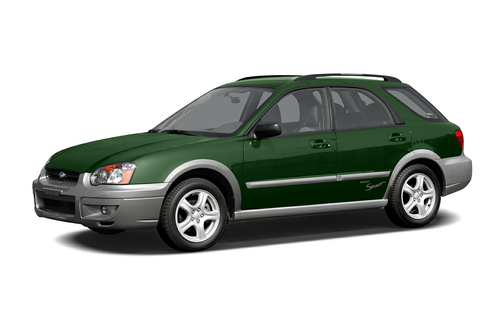 Our 2005 Subaru Outback trim comparison will help you decide.

This is a time of transition for Subaru. The car that evolved from the cheap but popular tin box of the early ’80s into the all-wheel-drive favorite of New Englanders in the ’90s is going hot and upscale.

Its WRX Sti sports car is in a dead-on race with Mitsubishi’s Lancer Evolution for top-dog production rating among the tuner set. It offers a designer model, the Outback LL Bean edition. And who would have ever thought we’d hear a classic McIntosh sound system booming with grace and power from a Subaru?

For years, Subarus have sold in numbers disproportionate to relative population in New England because of two major factors: They were for a long time the only readily available all-wheel-drive car/station wagon on the block. And, of course, the late Ernie Boch proved a genius when he chose his New England base as the place to nurture the nascent import no one had ever heard of, over three decades ago.

Now, there is far more competition. Audi is less esoteric. Ford is coming with an all-wheel-drive sedan. And Mercedes-Benz told me that one reason it decided to offer all-wheel-drive throughout virtually its entire lineup was that folks in weather-challenged areas such as New England, Colorado, the Pacific Northwest, and California’s High Sierras, who could afford Mercedes, were instead opting for Subarus.

But I wonder if Subaru, going upscale with today’s test car, the 2005 Subaru Outback 2.5XT Limited, is flying too close to the sun. I don’t know how many people want to spend 30 grand on a small Subaru. Don’t get me wrong. This is a fine car, brimming with power, luxury, and utility. But $32,500 for a small Subaru wagon?

From its fascia-embedded fog laps, up over its slanting snout, functional hood scoop (it feeds a turbocharger), dual moon roofs, and sloped rear, it sports an aggressive-looking redesign, replete with muscular cladding and roof racks. To keep weight down, much of it is sculpted from aluminum: hood, rear gate, front bumper assembly.

And inside  with leather seats that are Euro-lux firm, white-on-black sport gauges that are rimmed in red light, and a descending central control pod that contains audio and climate controls in easy-to-use dial and button form as well as the shifter  it is a tight and elegant package. The power seat controls offer the driver eight positions and the passenger four. The rear cargo area, with cover tray and tie-downs, makes this a perfect shopping/antiquing vehicle. For safety, air bags surround you: dual front, side curtain, and front-seat side impact.

Yet the big move here is to power. While the base 2.5i and 2.5i Limited models get 168 horsepower from their boxer four-cylinder engines, the 2.5 XT and 2.5 XT Limited get a derivative of the WRX Sti engine: turbocharged and offering 250 horsepower. There is also a 3.0 model with a flat six-cylinder available at similar power ratings. The 2.5 turbo was a real charger, snapping a nearly two-ton automobile forward at respectable speed and moving powerfully in passing mode.

Its suspension, tuned somewhere between sport and comfort, was confusing. Flat in cornering, it had a bit of a forward-rear bounce in braking and acceleration, and was soft at the front corners at times.

Its variable torque distribution system  sending power fore and aft as it senses better traction  uses a center differential. It was not totally transparent, and a couple of times I looked at the tachometer to see if the engine was fluttering, but then realized it was the torque distribution at play. But you get used to it.

The shifter, a five-speed automatic, is best used for passing in manual option mode. When stomped in automatic, it takes time to gather its thoughts on whether to downshift for fastest forward momentum. Use the manual mode  you can flick it from the steering wheel if you want, even while in automatic-drive setting  to downshift and bolt forward.

Subaru is spreading its wings with cars such as this, going upscale, trying to add luxury and performance to already well-earned utility. The Outback we tested is a great step forward, but I don’t think further steps should involve escalating costs. The air up there gets too thin.

Has 225k miles and still going

I had had to repair a few things over the years, but great car, comfortable and great in snow, also mine has turbo. My husband thought Subarus were fir old ladies till he drove mine, He loves sports mode

Rating breakdown (out of 5):
3 people out of 4 found this review helpful. Did you?
Show full review
2.7

The most unreliable car that we have ever owned.

August 27, 2019
By Bensbar from Ahoskie
Test drove this car

This car was for a new driver! has so much wrong with it that I wonder how it passed inspection. If it was new it would of been good.

Rating breakdown (out of 5):
6 people out of 13 found this review helpful. Did you?
Show full review
See all 54 consumer reviews 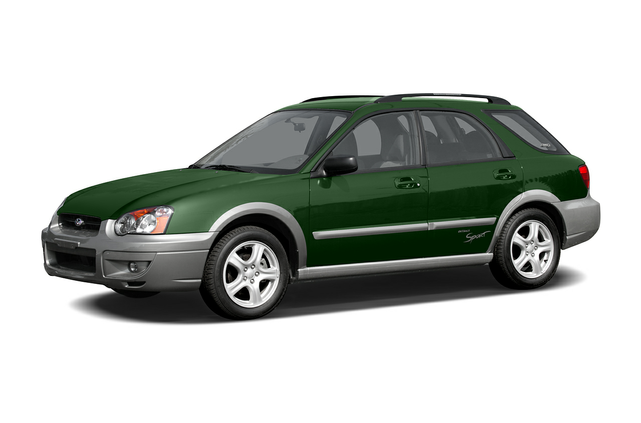 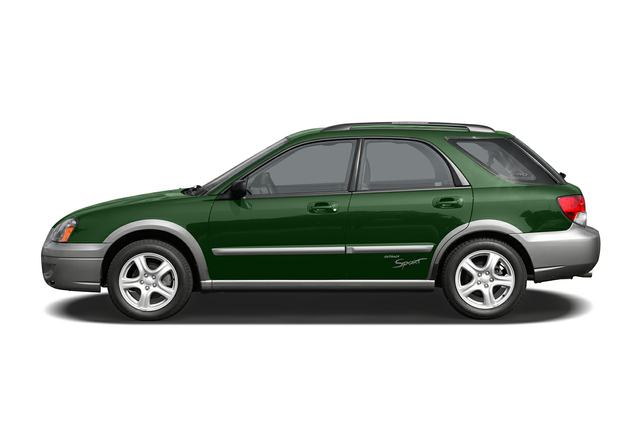 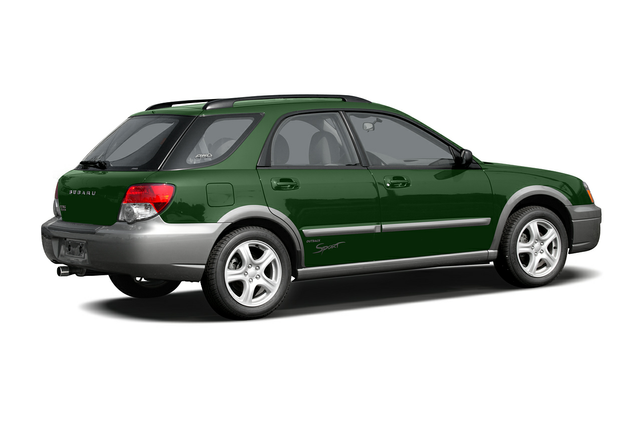 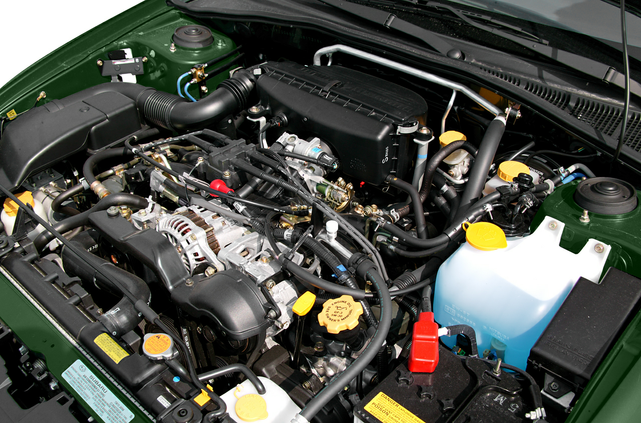 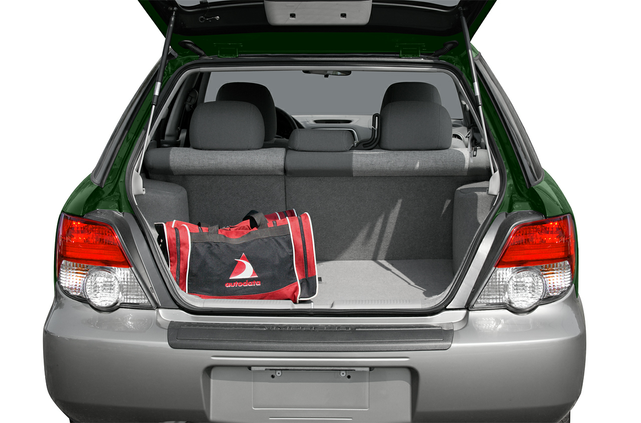 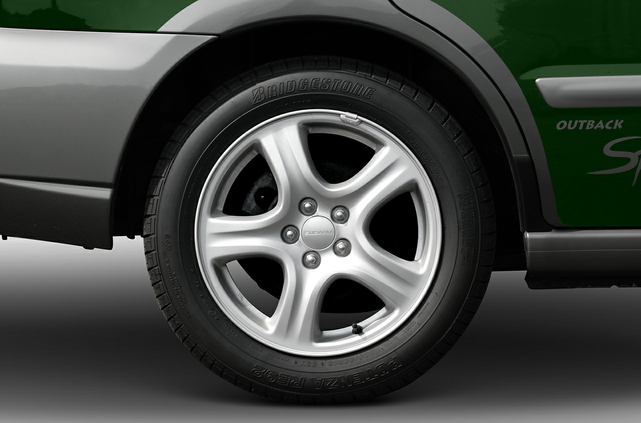 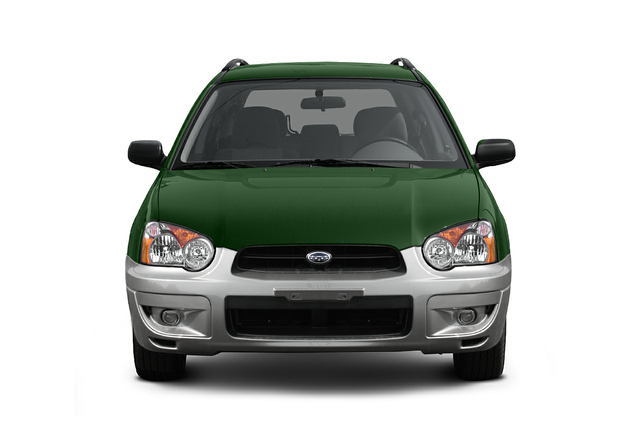 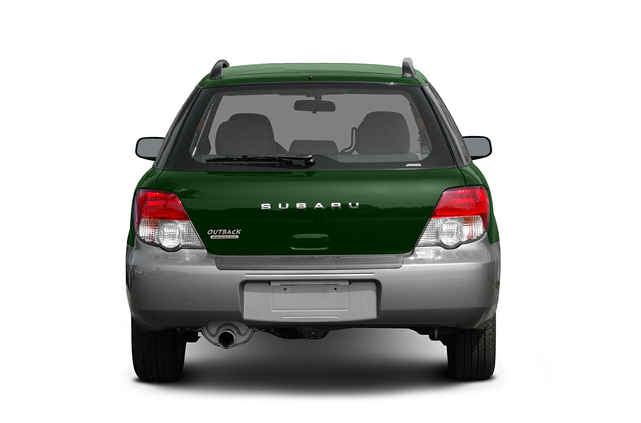 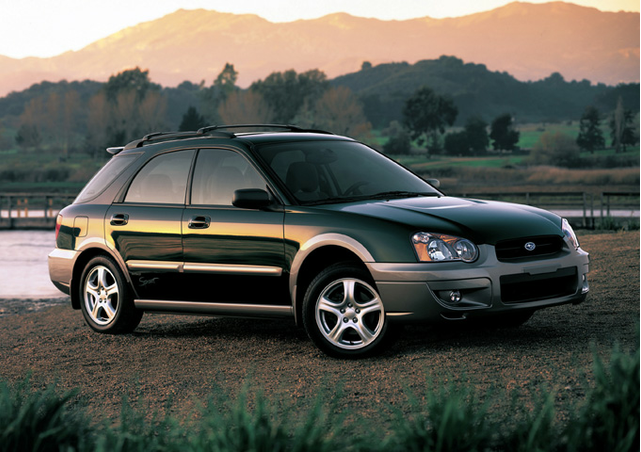 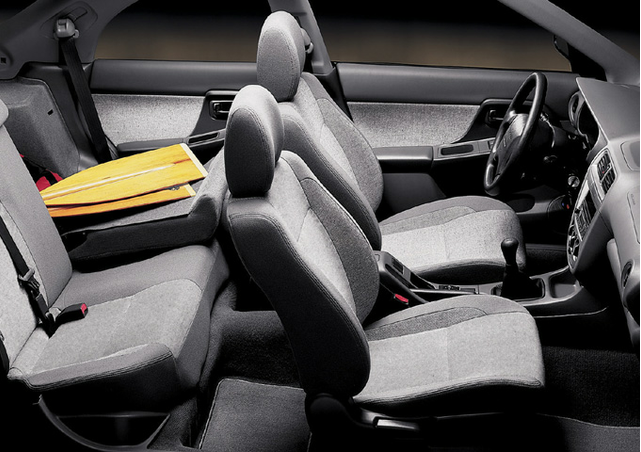 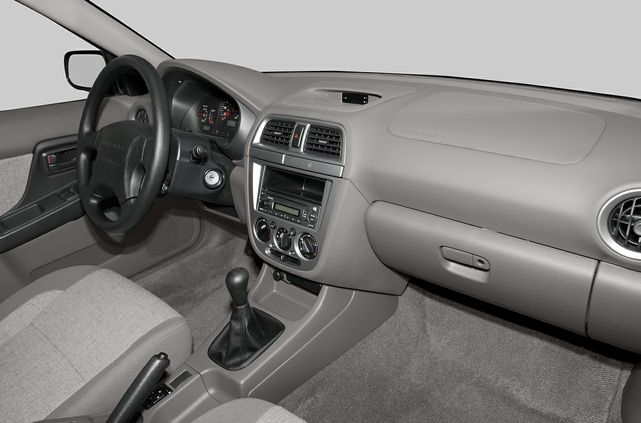 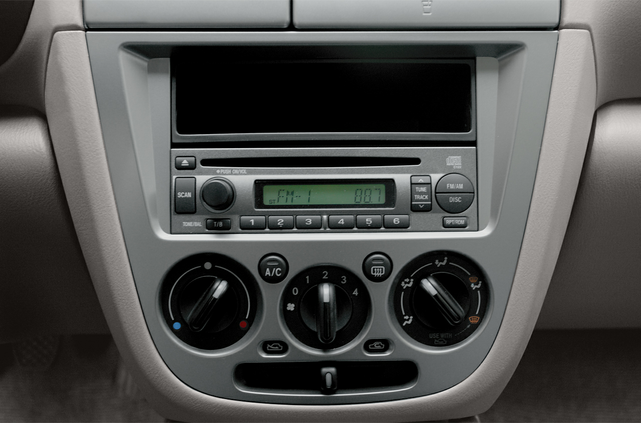 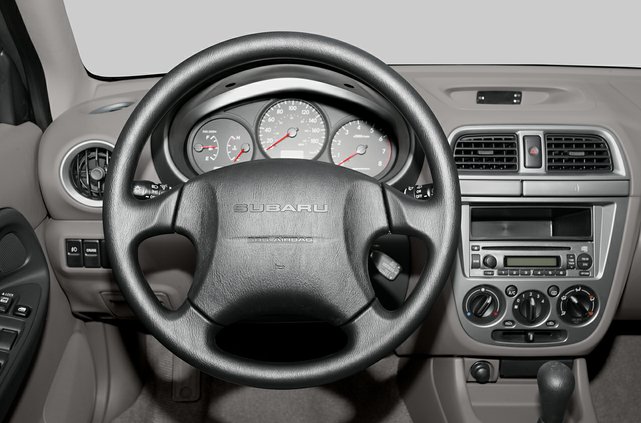 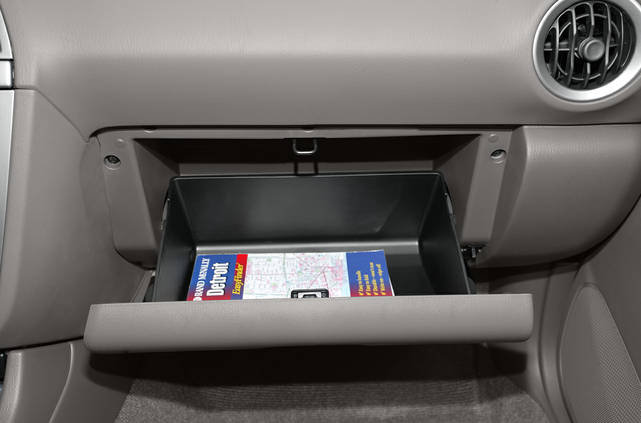 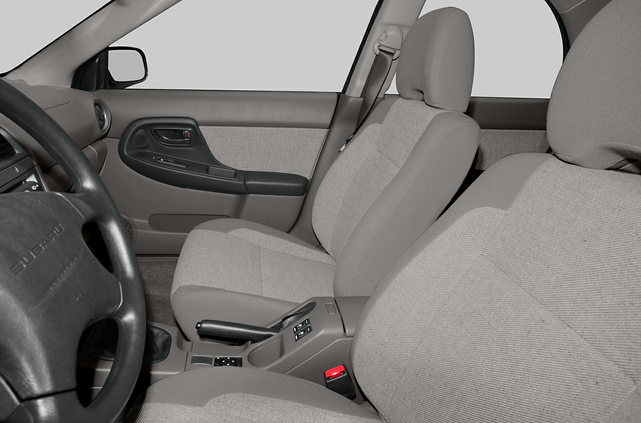 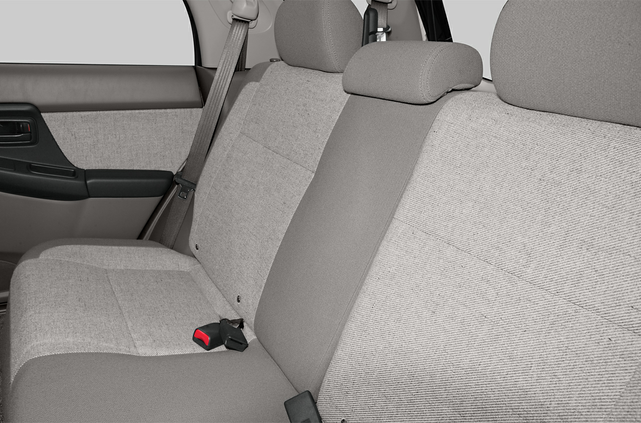 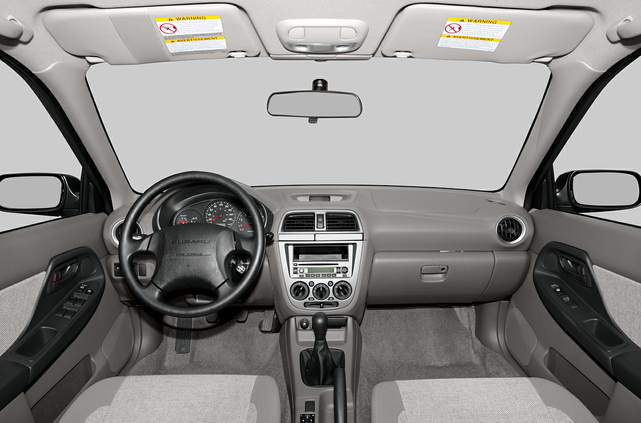