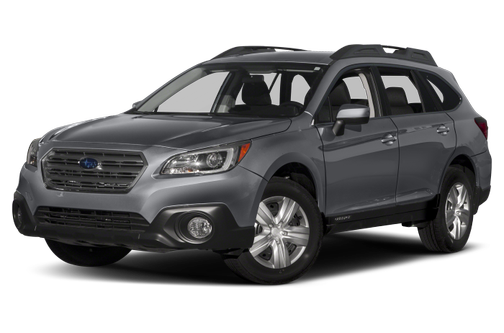 Our 2017 Subaru Outback trim comparison will help you decide.

The verdict: Whether you consider the 2017 Subaru Outback a wagon or a crossover SUV, it’s a home run for families and well-rounded enough to appeal to a large crowd.

Versus the competition: Though the Outback doesn’t have the sheer capabilities and size of a traditional midsize SUV, there’s enough SUV flavor there to satisfy more than just loyal Subaru owners.

For 2017, the Subaru Outback adds a new Touring trim level that gives an extra bit of luxuriousness to the top of the four-cylinder (2.5i) and six-cylinder (3.6R) trim ranges. Outback trims now include the base 2.5i trim, plus 2.5i Premium, 2.5i Limited, 2.5i Touring, 3.6R Limited and 3.6R Touring. Compare the 2016 Outback with the 2017 here. Otherwise, this is the same great Outback that was redesigned for 2015, transforming the formerly quirky and polarizing wagon into a more mainstream vehicle with good looks, a nice driving experience and a loaded suite of safety features.

For this review, I drove a 3.6R Limited, which we tested alongside a crop of two-row SUVs for Cars.com’s $45,000 Midsize SUV Challenge, including the Jeep Grand Cherokee, Nissan Murano, Hyundai Santa Fe Sport, Kia Sorento and Ford Edge.
Exterior & Styling
The Subaru Outback’s 8.7 inches of ground clearance is more than many midsize SUVs and contributes to the Outback looking like a wagon with a lifted suspension, which isn’t a bad look. For 2015, the Outback streamlined its formerly awkward, polarizing appearance. Little has changed for 2017 except for the new Touring trim, which adds a dark gray grille, 18-inch wheels with dark gray accents, and silver-painted roof rails.
How It Drives
The optional 3.6-liter flat-6 cylinder is an interesting engine choice. On one hand, the six is smoother and quieter than the four-cylinder. On the other hand, its 256 horsepower isn’t managed very well by the continuously variable automatic transmission. You really have to be dedicated with the accelerator pedal to reap the benefits of the six’s extra 81 hp. Acceleration is sluggish at lower engine speeds, and power doesn’t come on strong until roughly 5,000 rpm. The 3.6-liter really starts cookin’ at high engine speeds, where the Outback starts to cover ground quickly.

The CVT is clearly an efficiency choice; its conservative tuning keeps engine speed low and fuel economy high. In our fuel economy test of five SUVs, the Subaru Outback came in second only to the front-wheel-drive Ford Edge and its turbocharged four-cylinder. All Outbacks are all-wheel drive, which typically sucks more fuel than front-wheel drive, and the one we tested was a six-cylinder, as well.

Towing capacity for both engines is 2,700 pounds, which puts it in a competitive spot for compact and some midsize SUVs. If you need to tow more, there are beefier towing machines out there. The Edge and Santa Fe Sport can tow as much as 3,500 pounds when properly equipped, and the V-6 Jeep Grand Cherokee can tow up to 6,200 pounds.

The Subaru Outback’s ride has a medium firmness that doesn’t float over roads but was still wholly comfortable and livable on the rough roads of Chicago. Maneuverability is more akin to a sedan than an SUV, with a tight turning radius and nimble nature around town. I observed not-too-subtle tire noise at highway speeds, but overall wind noise was in check. The Outback is inoffensive and pleasant to drive around town.
Interior
The Outback’s high ground clearance oddly doesn’t harm accessibility; it’s easy enough to get into the front and backseat. The front seating position is taller than a typical sedan’s, but you don’t get the high-off-the-ground feeling of an SUV, like in a Jeep Grand Cherokee or Ford Edge. Outward visibility is, however, exceptional, with small pillars, tall glass and nearly unobstructed views from the driver’s seat. Just having a great view of the road goes a long way toward making the Outback comfortable to drive.

Seating comfort is about average, with medium-firmness cushioning and limited adjustability. The front passenger seat doesn’t have height adjustment, and there’s no ventilated seating, like competitors offer. Backseat comfort also comes up short, with a large center floor hump that takes up legroom and a low bottom cushion angled flat enough that my thighs didn’t rest comfortably on it (I’m 6 feet tall).

The Outback’s interior quality can go toe to toe with any midsize SUV except the Murano, which is in a class above its competitors. The Subaru Outback’s interior has a classy, understated design. I wouldn’t call it luxurious, but it has higher-end qualities without being flashy. The matte imitation wood trim contrasted well with the light leather and silver trim on our test car.

Less classy was the steering wheel, which was overcrowded with buttons for the Outback’s optional adaptive cruise control and lane departure warning, plus sound controls, voice commands, trip information, and mute and back buttons. Touring trims add a heated steering wheel button.
Ergonomics & Electronics
Subaru won’t debut Apple CarPlay and Android Auto until later this year, on the redesigned 2017 Subaru Impreza, so the Outback doesn’t have that desirable smartphone integration at the moment. That’s too bad, because the rest of the multimedia system is well-done, with pinch-zoom functionality for navigation and mechanical dials for volume and tuning. The “capacitive” touch-sensitive buttons are reasonably easy to use for what they are.

Our test car had an optional 7-inch touch-screen with two USB ports and a navigation system, including three years of map updates and traffic information. Neither of those USB ports is in the back, however, and there are no power outlets back there, either, so kids with devices are out of luck when it’s time to juice up the tablet. This is a notable omission considering how many competing SUVs offer either USB charge ports or household AC power outlets in the backseat, including the Jeep Grand Cherokee (rear USB and AC outlet), Nissan Murano (rear USB outlet), Kia Sorento (rear USB and AC outlet) and Ford Edge (rear AC outlet).

A 12-speaker Harman Kardon stereo is included on the Limited trim, but it’s nothing to write home about. Luckily you don’t have to pay extra for it; if you did I’d strongly advise against it. Sound quality when playing high-quality music sources was dull and lifeless despite the number of speakers and the system’s 576 watts.
Cargo & Storage
The Outback’s cargo space compares favorably to a typical midsize SUV like the Hyundai Santa Fe Sport or Ford Edge. The cargo opening is wide and tall, and there’s plenty of room behind the backseat: 35.5 cubic feet. There’s 73.3 cubic feet of cargo space with the backseat folded, though the wheel wells seem to intrude more than in other SUVs, narrowing the cargo space. The Limited trim I tested included a power liftgate with adjustable height, a feature that’s common in SUVs but not found in many non-luxury wagons.
Safety
The new Subaru Outback has nearly flawless crashworthiness ratings. The Insurance Institute for Highway Safety ranks it a Top Safety Pick Plus — its highest accolade — and the Outback’s optional forward collision warning with automatic emergency braking earned the highest rating in IIHS’ precollision system testing. See the Outback’s IIHS results, as well as those for the entire midsize car class (that’s where IIHS classifies the Outback).

The Subaru Outback’s available pre-collision system with automatic braking, EyeSight, comes in an option package on Limited trims, along with navigation, for $1,595. The package also includes adaptive cruise control plus lane departure warning and assist. EyeSight works by using two cameras mounted high on the windshield to monitor vehicles, pedestrians, obstacles and traffic lanes ahead of the vehicle; it can even detect brake lights. EyeSight can brake to a stop autonomously if a potential collision is detected, so long as the speed differential between the Outback and the other vehicle or object is less than 30 mph. Also included with EyeSight is reverse automatic braking that can detect a collision when reversing and apply the brakes. See a list of standard safety features here.

Blind spot warning and rear cross-traffic alert are standard on Limited models, giving the Outback a comprehensive suite of safety features. The active systems work well, alerting the driver to obstacles without too many false or annoying alarms. The adaptive cruise control performs exceptionally well given it relies on cameras, not radar, with smooth acceleration and braking. While the naming is the same on other Subarus, performance isn’t and EyeSight on the 2016 Subaru Impreza didn’t perform nearly as smoothly as on the Outback in our testing. Few adaptive cruise control systems outside the luxury segment work as seamlessly as the Outback’s.
Value in Its Class
The Subaru Outback Limited pegs the value-meter when you consider its safety features, fuel economy and cargo room at our as-tested price of $37,465 with the 3.6-liter six-cylinder and EyeSight. In Cars.com’s $45,000 Midsize SUV Challenge, the Outback was a competitive body type and came in $3,000 less than the next cheapest competitor.

What do you lose? You’ll miss out on a few creature comforts and a bigger backseat. If you can live with that, the Outback can do just about everything else a traditional midsize SUV can — for a steal.

Every time I drive this vehicle I find some new feature that I just wasnt aware of. I thought I had done all the research I needed to make the purchase but this vehicle still surprises me daily. A very smooth ride and the features are perfect.

April 11, 2021
By Ceci from Colorado Springs
Owns this car

It has all the bells and whistles and I like the size of it. Easy commute. Mine is limited Edition and I prefer fully loaded.

Wow, I love my Subaru

First, I only just bought this used. It is the White Limited Outback and its beautiful. Im super picky about my cars, I used to own a Tesla (panic traded it, I miss it sorely). This Subaru is the smoothest driving car Ive ever owned (still miss my Tesla though, thats another story). White paint w Tan leather interior is gorgeous. No Engine Automatic Stop, stupidest thing any car manufacturer ever did. Great layout. I dont know about the reliability yet but im hoping its consistant with the rest of the car. I highly recommend the Outback.

Rating breakdown (out of 5):
0 people out of 0 found this review helpful. Did you?
Show full review
See all 366 consumer reviews 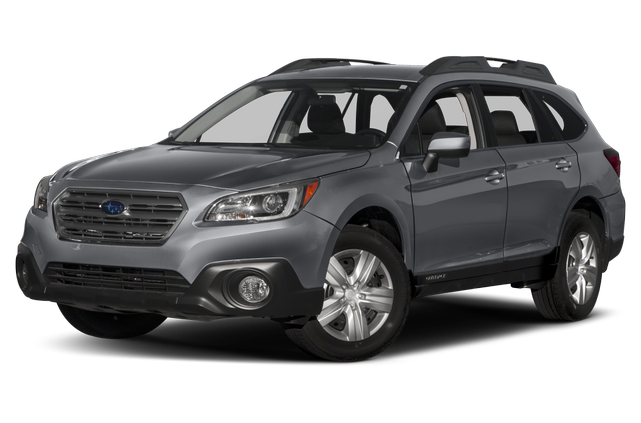 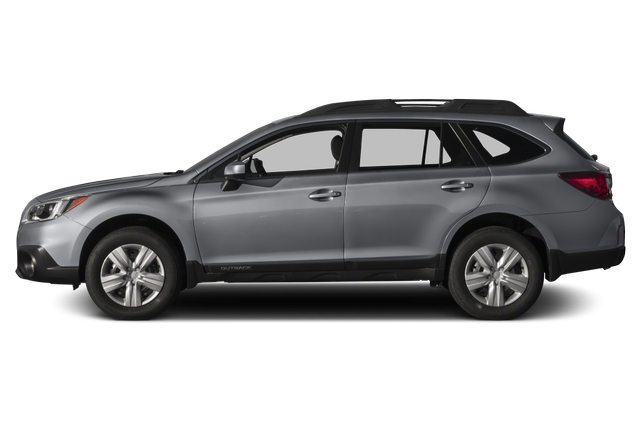 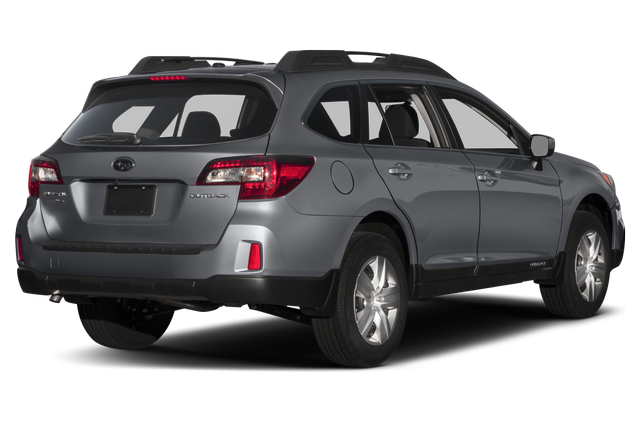 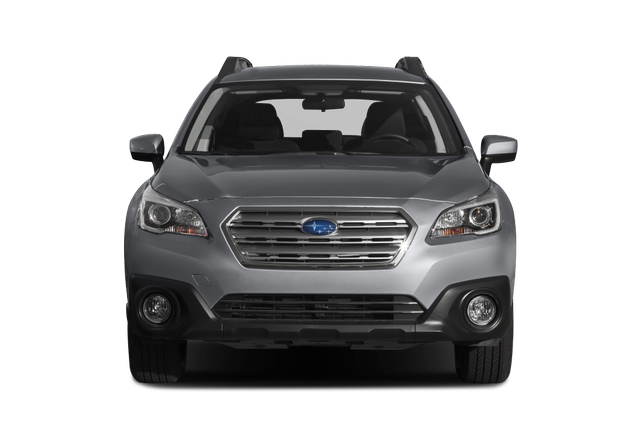 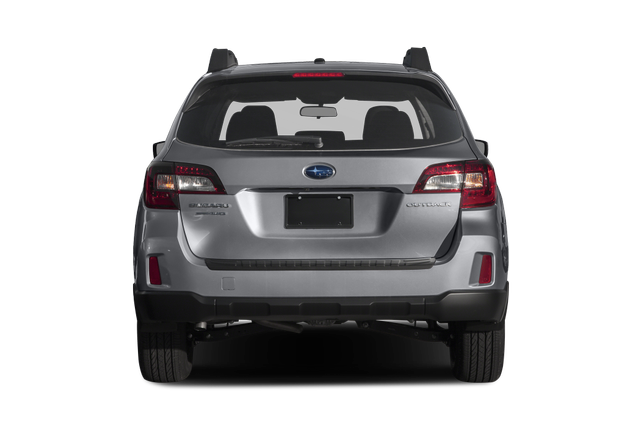 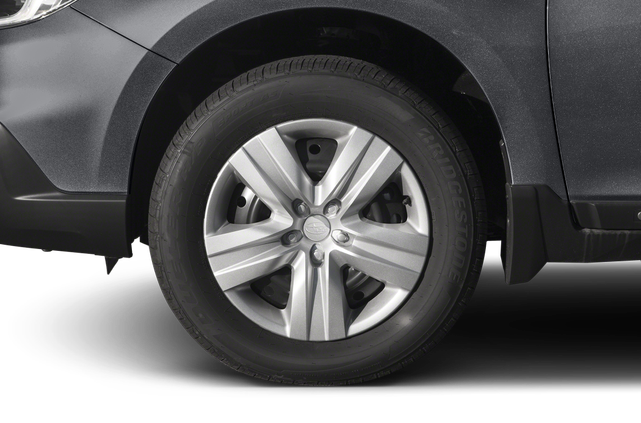 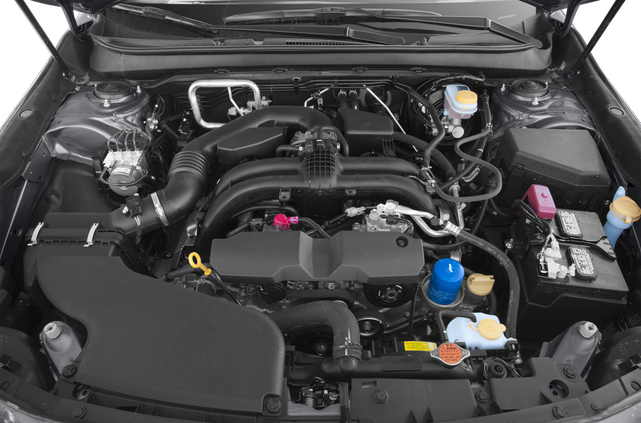 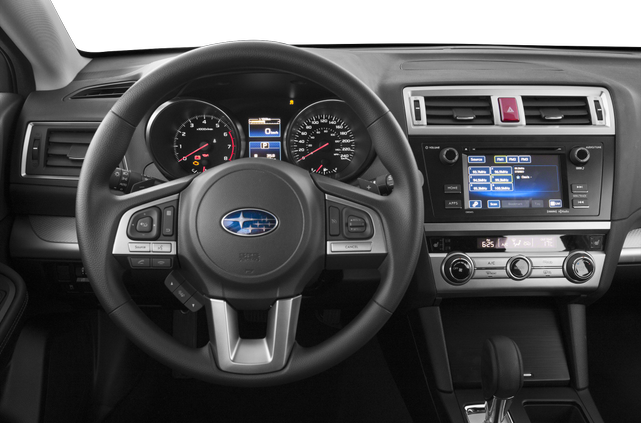 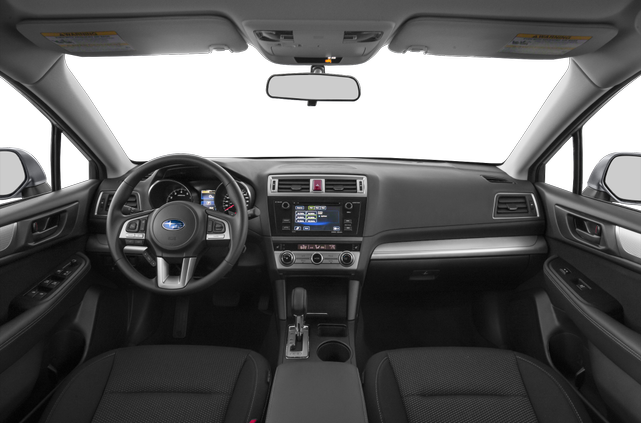 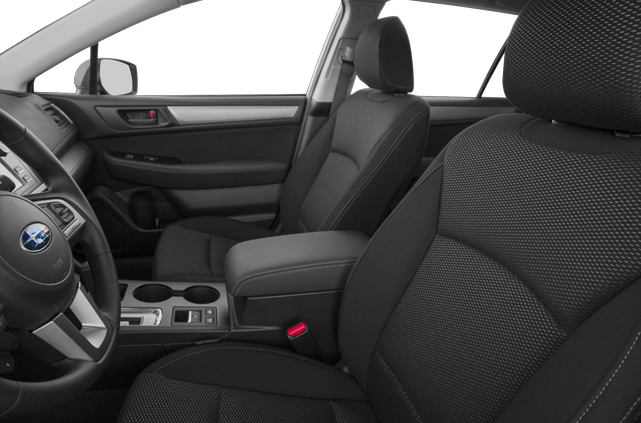 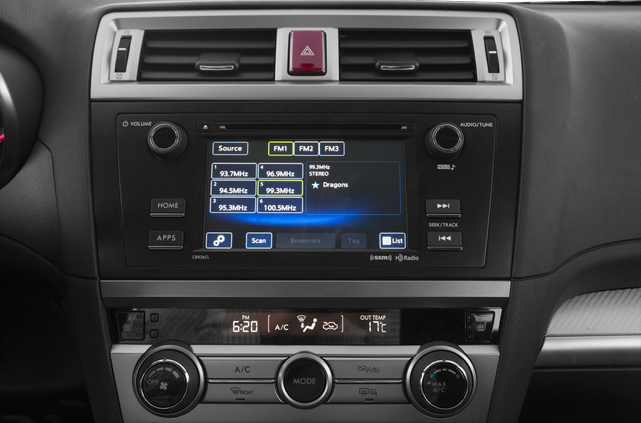 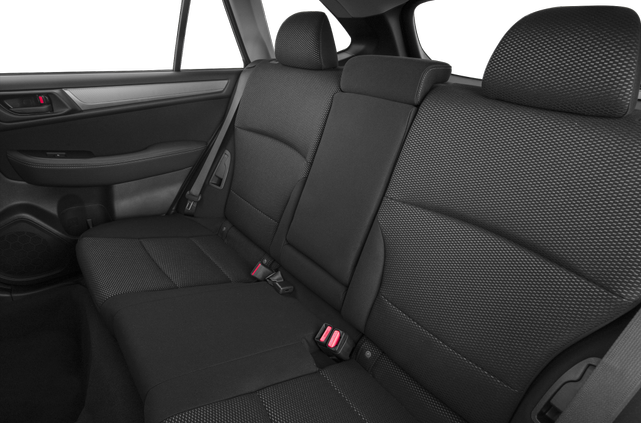 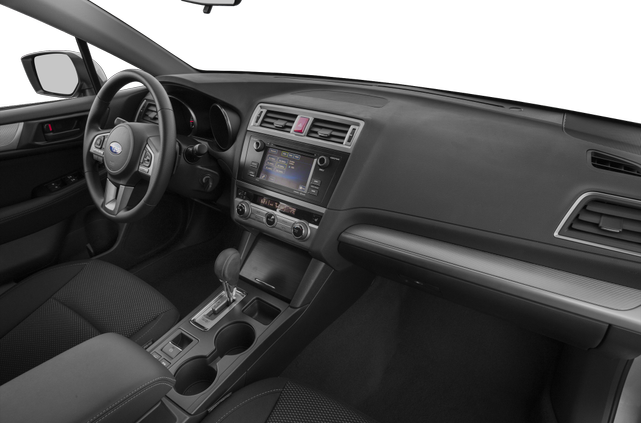 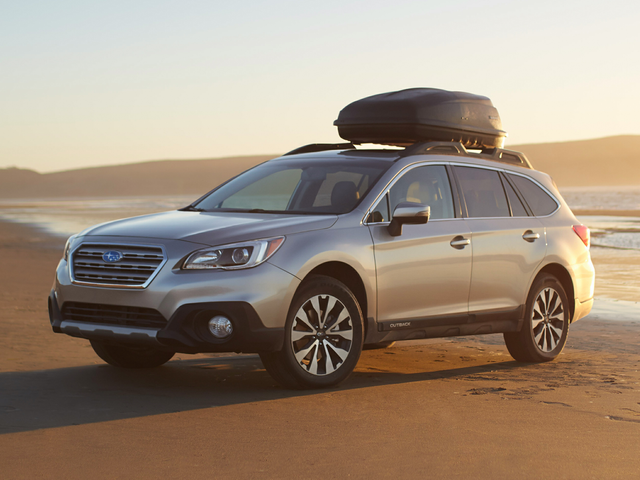 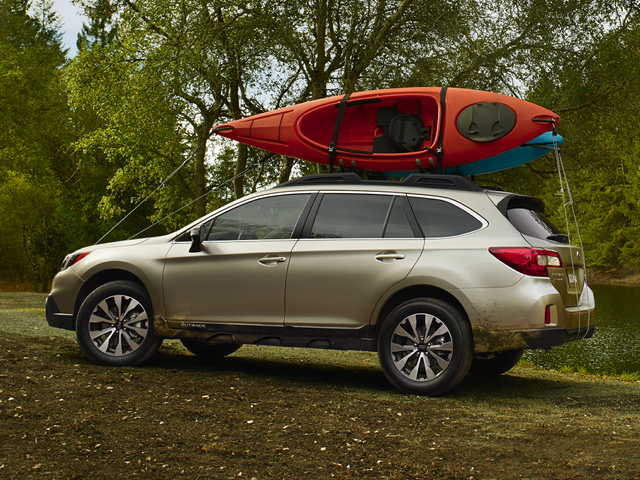 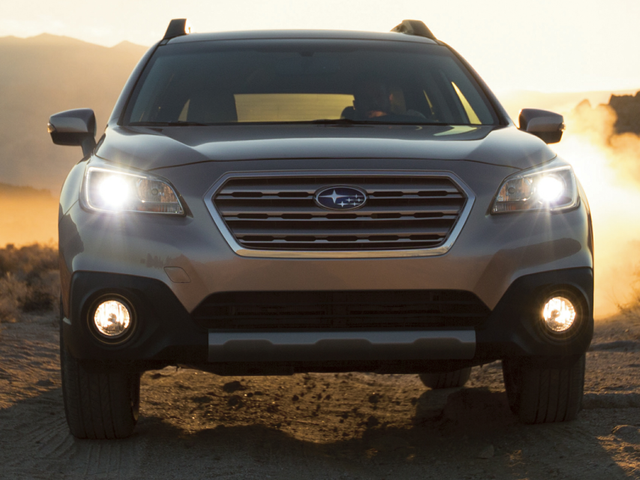 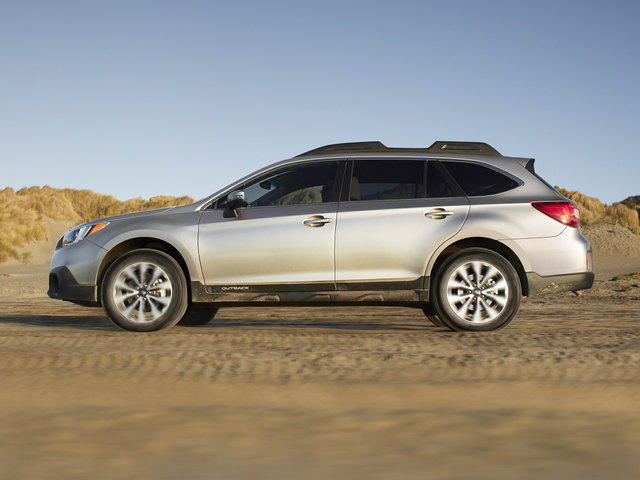 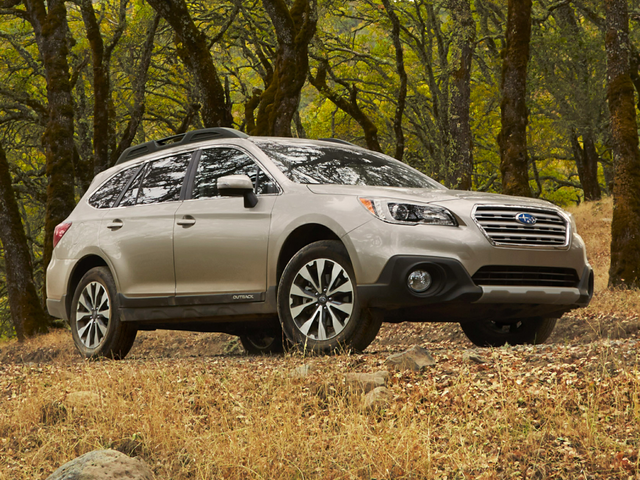 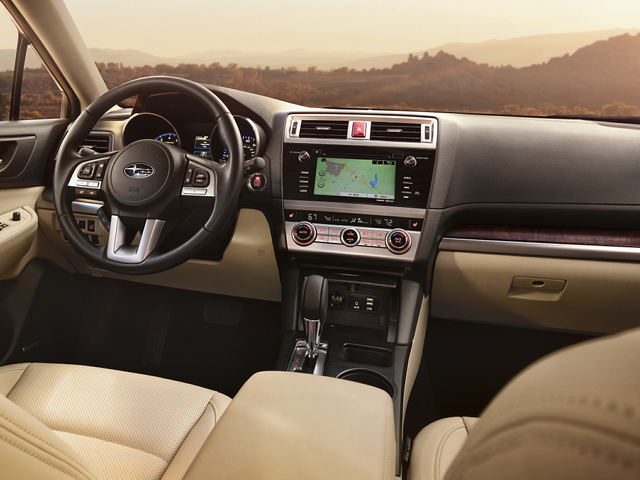