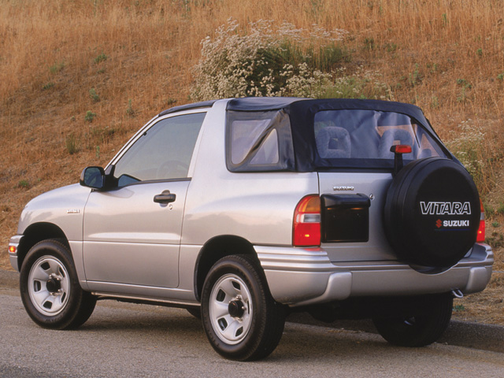 Our 2002 Suzuki Vitara trim comparison will help you decide.

Vehicle Overview
Closely related to the Suzuki Grand Vitara, the compact Vitara sport utility vehicle is available as a two-door convertible or four-door hardtop, and it comes with a four-cylinder engine rather than a V-6. The Vitara is sold in similar form as the Chevrolet Tracker, which has a V-6 engine available. The convertible model rides a shorter wheelbase than the hardtop. The JS and JX trims have been dropped for 2002, which leaves only the better-equipped JLS and JLX. A fender-mounted antenna goes on 2002 models, which get donut-style headrests and LATCH child-safety seat tethers.

Both the Vitara and Tracker are designed by Suzuki and are built in Canada at a plant that the Japanese automaker shares with General Motors. The Vitara has not been a strong seller, with only 9,015 units sold during 2000. When a replacement arrives for 2004, it may be front-wheel drive instead of rear-wheel drive.

Exterior
Measuring 163 inches long on a 97.6-inch wheelbase, the four-door Vitara is 11 inches longer in both wheelbase and overall length than the two-door version. But the convertible is nearly as wide and tall as the four-door and has a manually folding canvas top over the rear seats. The Vitaras spare tire is mounted on the tailgate, which opens to the right. Unlike some other small SUVs, the Vitara is based on a truck chassis with separate body-on-frame construction.

Interior
While the Vitara convertible seats only four occupants, the four-door hardtop holds five. Rear seats are short of legroom in both body styles. Modest cargo space behind the rear seat can be expanded to nearly 45 cubic feet by folding the split rear seat; the convertible has 11 fewer cubic feet of cargo room.

Under the Hood
Now that the 1.6-liter engine previously used in the JS/JX convertibles is gone, a 127-horsepower, 2.0-liter four-cylinder goes into all versions of the Vitara. The stronger power plant teams with either a four-speed-automatic or five-speed-manual transmission. Both rear-wheel drive and four-wheel drive are available. The 4WD system has a Low range that is not intended for use on dry pavement. Daytime running lights are standard. Antilock brakes and side-impact airbags are not available.

I bought one new, bought abother used,looking for another used now that they are no longer sold here, which sucks It was a great 4 weeks drive although needed to upgrade tires. Its hard to find them now, and hard to find parts for the ones that are here, but worth the search. I hope In can find at least 1 more.

I bought the car for it's style and it's very handy, can go very small curves on the parking lot. Had never any problems with it. Really like it :)

November 19, 2007
By Scotty from West Central PA
Owns this car

All model years for the Suzuki Vitara 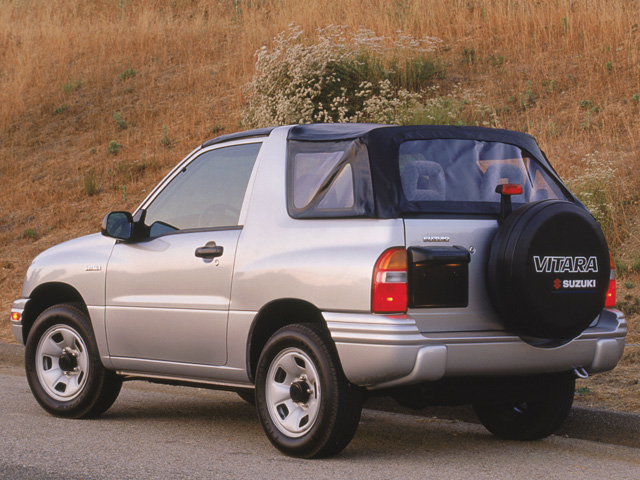 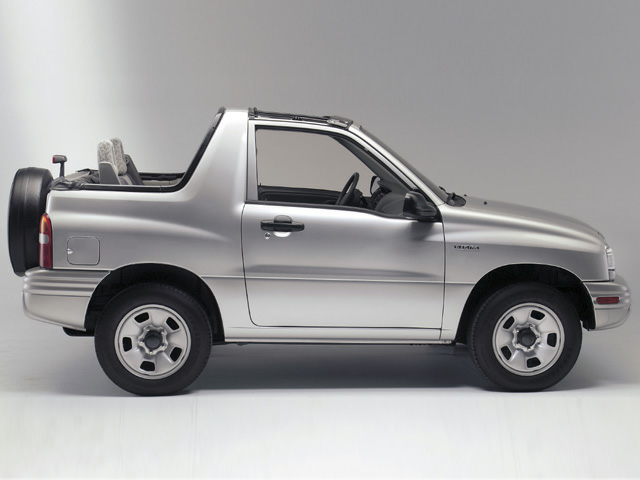 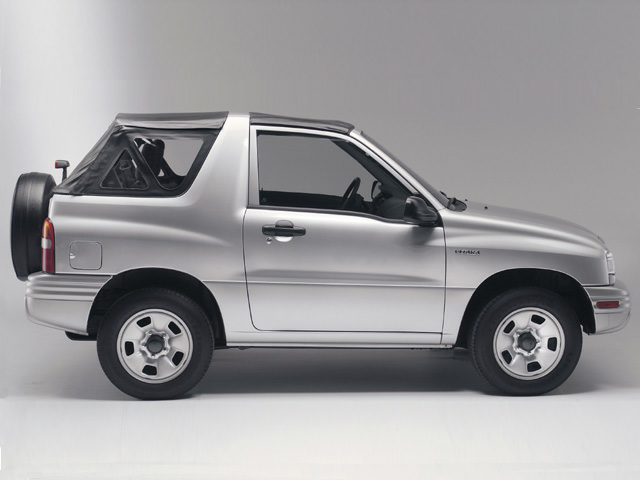 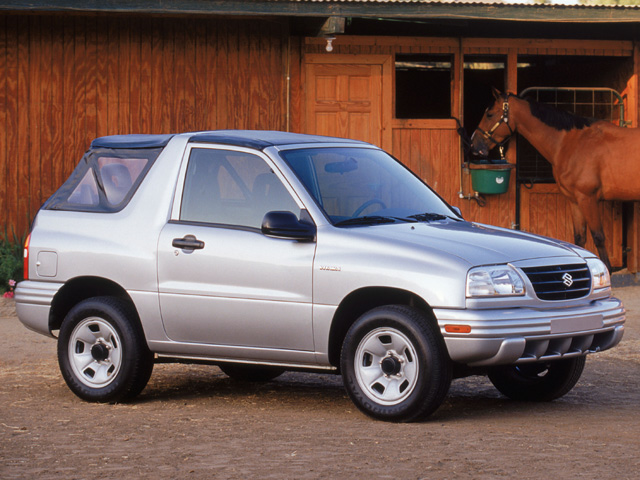