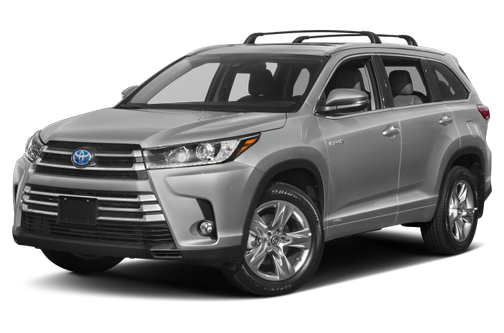 Our 2017 Toyota Highlander Hybrid trim comparison will help you decide.

The verdict: If you're in the market for a non-luxury, hybrid SUV with three rows of seats, the Toyota Highlander Hybrid is a party of one. Now, thanks to wider trim level availability for 2017, the price is more reasonable than ever.

Versus the competiton: The Highlander Hybrid offers much better fuel economy than other three-row SUVs, but it also costs more.

For 2017, the regular Toyota Highlander gets a new powertrain and styling tweaks; the hybrid model gets the updated engine and fresh face, but its transmission carries over from 2016. The big news is that the hybrid is now available in LE and XLE trim levels, rounding out a lineup previously made up of the top Limited and Platinum trims only. All have all-wheel drive standard. You can compare the 2016 and 2017 hybrid models here and read about the non-hybrid model here.

It looks like Toyota is pulling a page from Lexus’ stylebook with the Highlander’s 2017 update. Both the hybrid and regular model now wear a large, plunging grille, but its look here is less hourglass, more pout than on Lexus’ SUVs. Hybrid models get subtle badging but otherwise blend in with the rest of the lineup. Two new exterior colors join the Hybrid lineup for 2017: Celestial Silver Metallic and Toasted Walnut Pearl.

The hybrid variant is the most powerful Toyota Highlander; it overcomes both the pokiness of the heavy, AWD non-hybrid model and the squirreliness of the two-wheel-drive model, which can get a little wily when too much power is routed to the front wheels. The hybrid gets power from the regular Highlander’s new direct-injected, 3.5-liter V-6 but adds batteries, two electric motors up front and a third for the rear wheels, amounting to total output of 306 horsepower. Low-speed acceleration is surprisingly brisk, and passing power is strong.

The drivetrain’s continuously variable properties, similar to a continuously variable automatic transmission, results in some engine drone, but it’s not enough to be intrusive. In fact, I found the hybrid model to be much quieter overall than the traditional Highlander, with better isolation from engine harshness and road noise.

Around town, the hybrid can cruise at low speeds solely on electric power, and I found it easy to sustain EV mode in city driving. The transition from EV to gas is impressively seamless. In EV mode, the car gives off a subtle, futuristic whir. Another hybrid component, the regenerative brakes, are also well done; they’re responsive and have a more natural pedal feel than many other hybrids.

The Toyota Highlander Hybrid’s highway road manners are comfortable, with a firm but not harsh ride and adequate bump absorption. Handling is a weak point, however, with light, dull steering and lots of body roll.

The Toyota Highlander Hybrid comes only with AWD and gets an EPA-estimated 30/28/29 mpg city/highway/combined in LE guise and 29/27/28 mpg in other trims. That’s slightly more fuel efficient than last year’s hybrid and beats the gas-only V-6 AWD version by up to 7 mpg combined. It likewise cleans up compared with other three-row SUVs; base AWD versions of the Pilot (18/26/21), Santa Fe (18/24/20) and Explorer (16/22/18) all do worse.

The Toyota Highlander Hybrid passed my family’s junk test with flying colors. Its center console is wide, deep and multitiered for better stuff-management. A favorite feature is the small shelf that runs the length of the dash, which is great for storing a phone or, in my case, snacks. The 2017 model is even more useful with the addition of two more USB ports up front for device charging.

The cargo area, however, disappoints. Behind the third row, the Highlander has just 13.8 cubic feet of space. That nearly matches the Santa Fe (13.5) but is bested by the Pilot (16.5) and Explorer (21.0). Folding the third row is easy, and doing so opens up 42.3 cubic feet of space. That’s more than the Santa Fe but still trails the others. With both rows down, maximum cargo room is mid-pack. The regular Highlander has the same amount of cargo space as the Hybrid.

Two cargo-area features stand out: There’s a shallow underfloor storage bin that’s convenient for organizing small items, and the independently opening rear window is handy for stowing small items quickly, gaining access in tight quarters and preventing cargo from spilling out as it might when you open the full liftgate.

The control setup is not pretty — screens, touchpads, buttons and dials crowd the panel — but the system is easy to use once you cut through the visual clutter. The climate and audio controls are straightforward. It was simple to use the audio preset menu and input a destination into the navigation system.

Entune Premium Audio with Navigation and App Suite is standard on Hybrid models. Its 8-inch touchscreen is clear and large, and apps like Pandora internet radio integrated seamlessly with my Android phone. Apple CarPlay and Android Auto are unavailable.

One oddity to note: The available Easy Speak system is a strange gimmick. It transmits your (possibly stern) voice to the rear speakers, helping get your point across to your (possibly misbehaving) kids in back. The system worked but required a deep dive into several menus and occasionally produced ear-assaulting microphone feedback.

The 2017 Highlander earned top safety scores from both the Insurance Institute for Highway Safety and the National Highway Traffic Safety Administration. Included in the institute’s mid-size SUV class with the Highlander, the Pilot and Santa Fe also earned IIHS’ top score, but the Explorer did not fare as well.

In our Car Seat Check, we had no trouble installing two child-safety seats in the second row; they installed with ease and had ample room. There are no Latch anchors in the third row and only one top tether anchor.

The Toyota Highlander Hybrid’s pleasant road manners, comfortable cabin and standout fuel economy impress, but be ready to pay extra for all that with this model. The base-price for a Highlander Hybrid starts at $37,230 (including destination), a little more than $2,000 higher than the least expensive V-6, AWD non-hybrid Toyota Highlander. Competitors’ base AWD versions, however, start around $3,000-$4,000 less. It’s going to take a lot of trips to the pump to make up that price premium in this climate of historically cheap gas.

Top vehicle on the road. Comfort, style, economical, safety. Feels like I'm gliding not driving. Why would anyone not buy a Toyota hybrid to own?

February 16, 2020
By Owen from Meyersdale
Owns this car

It has plenty of space inside, and a good amount of leg room. The car gets good mileage, and hugs the road. It also does well in winter weather.

Great SUV that replaced my last Highlander Hybrid without even finding another SUV that would compare! Would replace with another when the time comes without question.

September 17, 2018
News
What You Need to Know Before Car Shopping Today 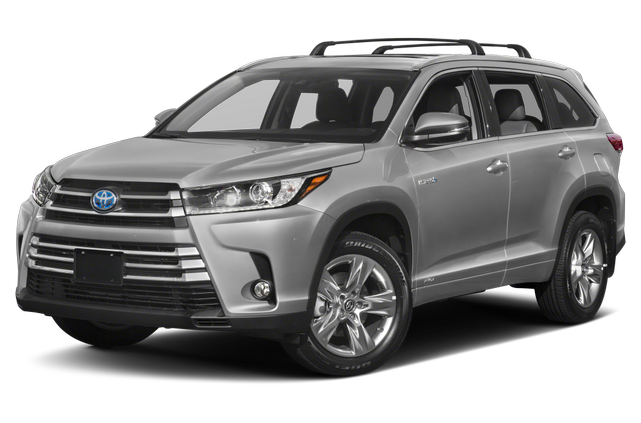 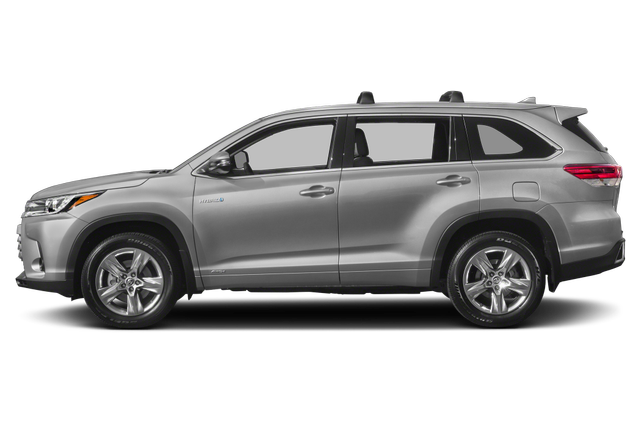 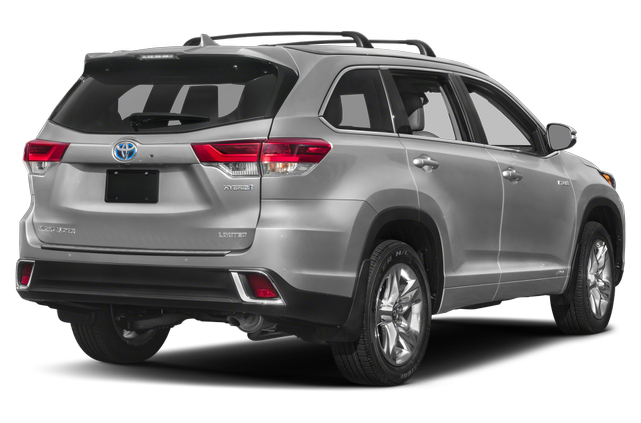 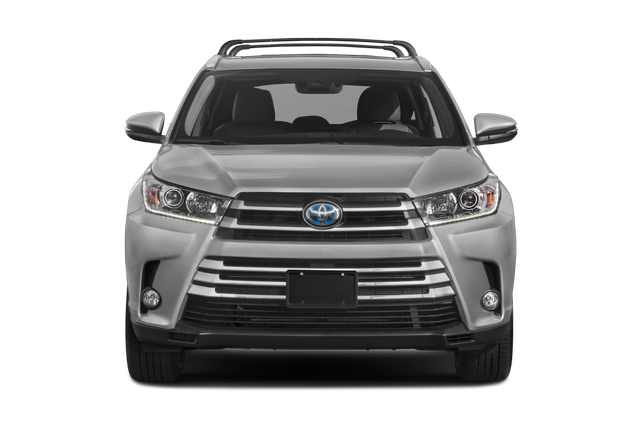 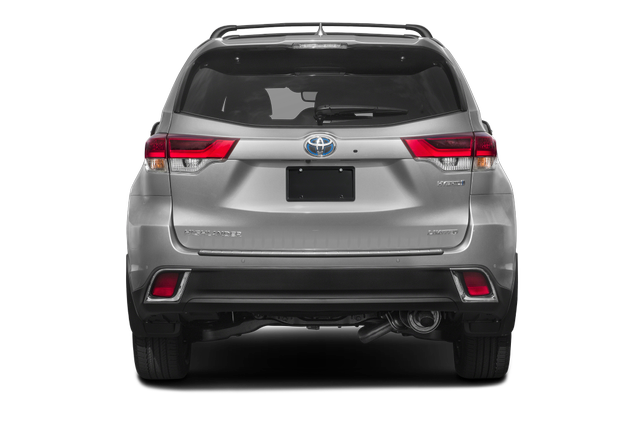 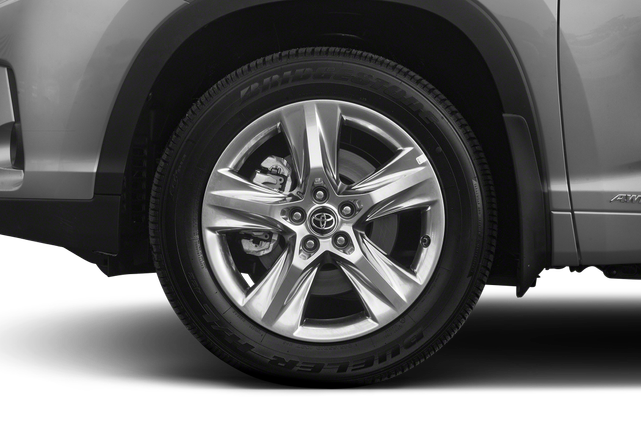 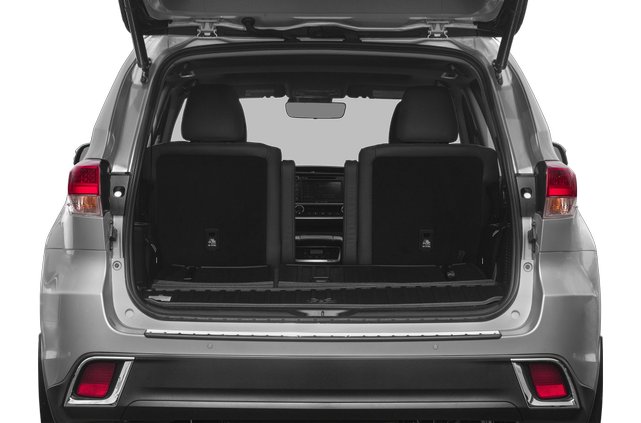 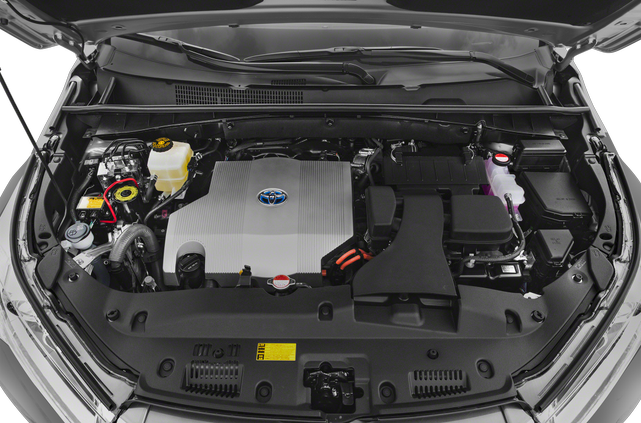 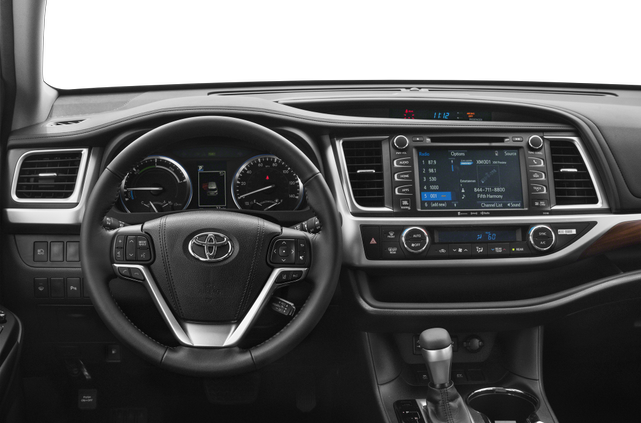 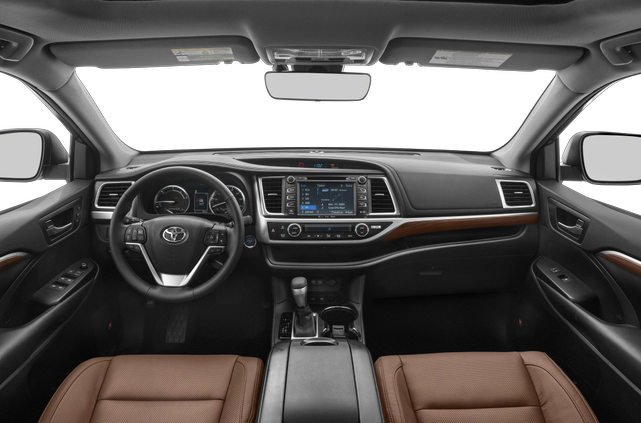 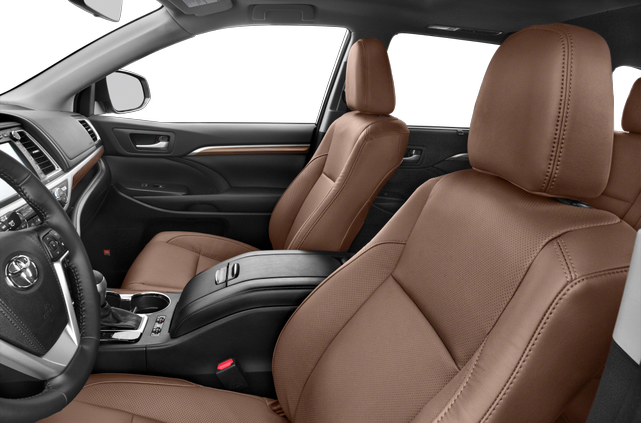 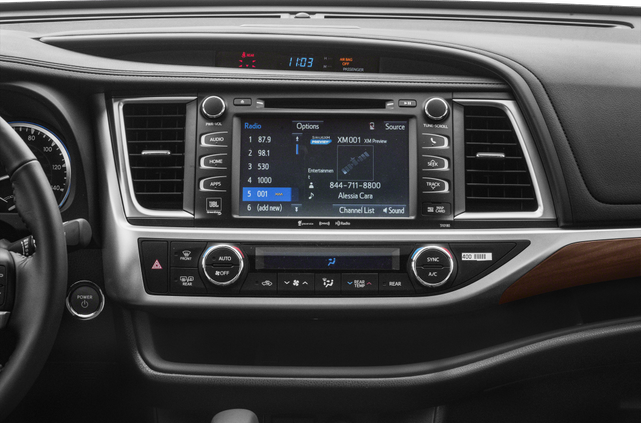 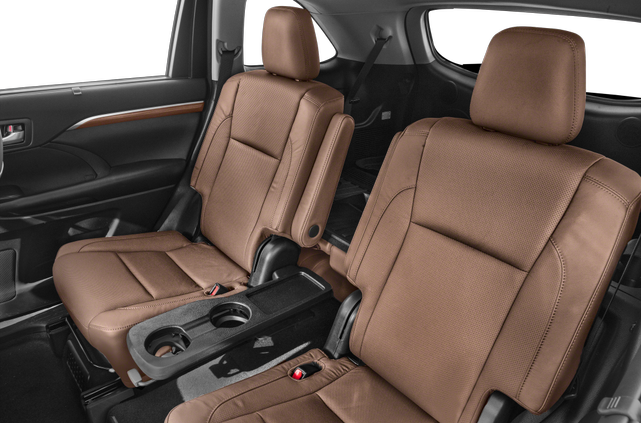 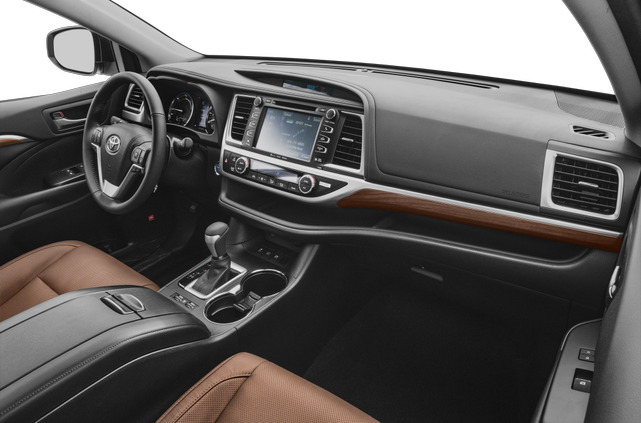 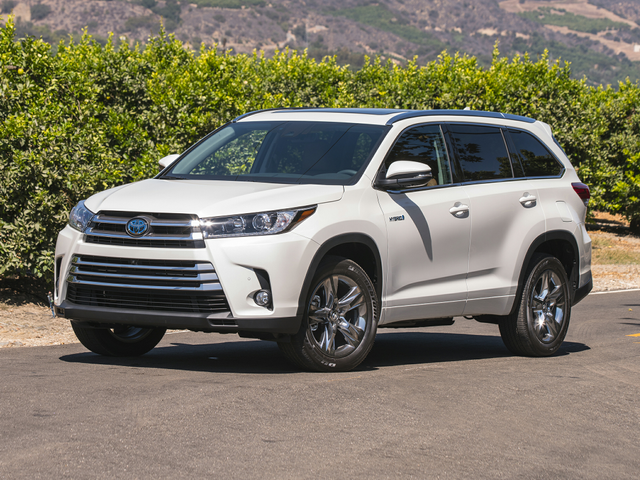 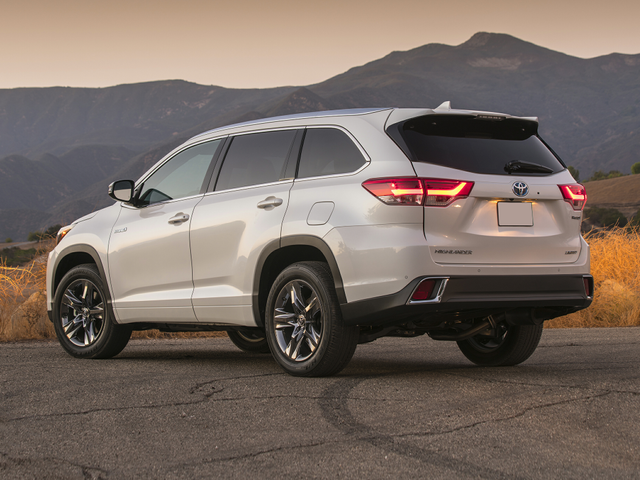 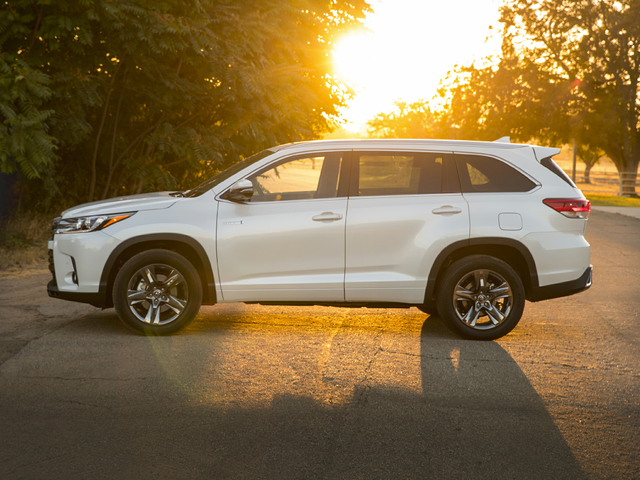 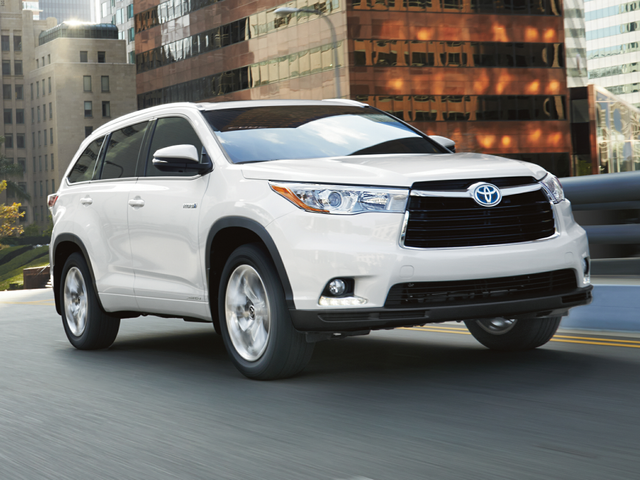 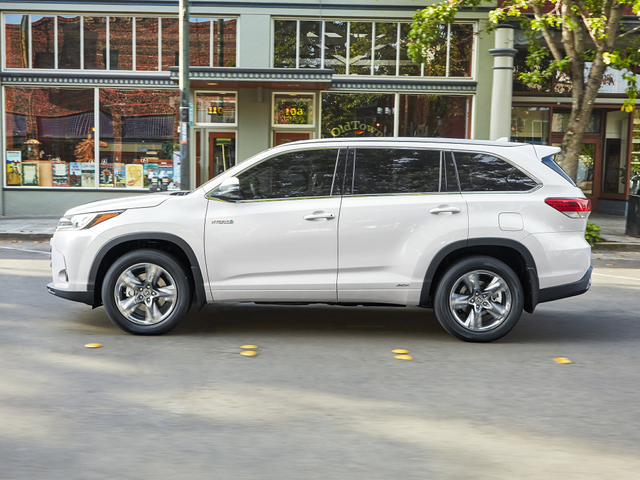 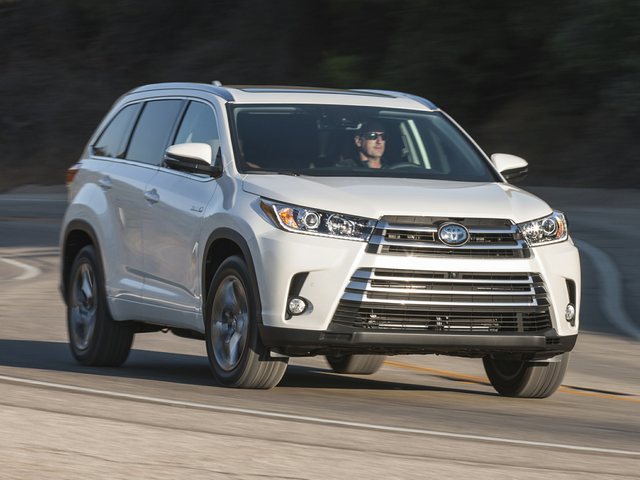