Opens website in a new tab
2019 Audi A6 | Manufacturer image

Looks like: A sleeker evolution of the new Audi look unveiled with the 2019 A8. It echoes the styling of the redone 2019 A7, but with a trunk.

Drivetrain: U.S. specs have not been released, but the sibling 2019 A7 hatchback is launching with a 340-horsepower, turbocharged 3.0-liter V-6 and seven-speed automatic transmission. The A6 is expected to have a 2.0-liter four-cylinder, as well as the V-6, and offer front- or all-wheel drive.

Hits dealerships: Likely to be late 2018

Audi will launch a redesigned eighth generation of its A6 sedan for 2019 with the same sleeker evolution of the new Audi look already unveiled last fall on the 2019 A7 hatchback sibling, but with a trunk.

While the 2019 Audi A6 looks a lot like the current A6, which we’ve seen since the 2011 model year, the new A6 is on an all-new platform that is shared with the redone 2019 A8 flagship sedan and A7. And the new car gets a big upgrade in brainpower, with new multimedia, driver-assistance and safety technology. The new Audi A6 will need all of this to attract luxury buyers migrating en masse to upscale SUVs.

The 2019 Audi A6 will be presented this month at the 2018 Geneva International Motor Show and details released by Audi so far are Euro-spec, though most mirror things already announced for the U.S. A7 hatchback version and are expected to make it here. We hope Audi will detail U.S. specs at the upcoming 2018 New York International Auto Show. The new A6 is expected to go on sale first in Europe this summer and arrive in the U.S. in late 2018. Check back on Cars.com for the latest U.S. information as it becomes available.

The 2019 A6 is just slightly larger than the previous generation, and the styling is similar. But the new face shared with the A7 features a lower and stretched version of the signature Audi “Singleframe” grille that gives the car a sportier and wider look.  Among versions of headlights offered is a top-of-the-line HD Matrix LED.

The side sculpting, also just like the A7, is more sharply creased than the outgoing model. The rear also is more sculpted and chrome-trimmed, and the taillights will be offered with a distinctive, geometric LED version.

Inside, the slightly larger size of the new A6 increases rear legroom a bit, and it adds more headroom and shoulder room in the front and rear than the outgoing model. The trunk also gets a wider, more accommodating lid, though capacity remains 18.7 cubic feet.

The interior gets a new but still horizontal design as well as new seats, but the most striking new feature is the pair of HD touchscreens that control everything from multimedia infotainment system to climate. Audi’s console screen control with rotary dial and buttons are gone. The upper 10.1-inch display does the multimedia and navigation work, while the 8.6-inch lower display houses climate and comfort controls (as well as handling text inputs with letters drawn on the screen).

The new system features simplified menus and employs haptic feedback. That means screens you have to push, not just touch, the button or control you want, and you feel the screen respond and hear it click. Audi says the system also incorporated improved “natural-language” voice control.

If that’s not enough digital display for you, the A6 also offers an available 12.3-inch display with configurable virtual instruments. That’s in addition to a head-up display to put some of that information floating ahead of you.

Optional also is a system that turns a compatible smartphone into a remote virtual key, using near-field communications to lock, unlock and start the car (though this seems like a hacker’s dream).

Powertrain options for U.S. A6 models have yet to be announced, but Audi says all A6 engines will feature a standard light-hybrid system to boost fuel efficiency. The system uses regenerative braking to help charge up a lithium-ion battery, which assists with powering the car at low speeds and when coasting. As detailed for the U.S. A7, the stop-start system also is expanded to shut down the gas engine, not just at a stop but before a stop, as you decelerate below 13.7 mph.

We expect the A6 to offer at the start a version of the 3.0-liter turbocharged V-6, with a seven-speed automatic transmission, that powers the launch version of the new A7 with an output of 340 horsepower and 369 pounds-feet of torque. A 2.0-liter four-cylinder engine also is expected later.

The A7 is launching with standard all-wheel drive, as is the A6 in Europe. A front-wheel-drive version is expected later. The A6 will have an all-wheel-steering option, says Audi, along with available adaptive suspensions.

Like the A7, the new A6 adds new safety tech and some advanced driver assistance tech (at least in Europe) powered by up to five radar sensors, five cameras, 12 ultrasonic sensors and a laser scanner. Available autonomous functions include lane keep assist with the adaptive cruise control that can function autonomously up to certain speeds on certain roads, as well as a parking assist that uses artificial intelligence to maneuver the car into or out of a space while the driver controls it via Audi’s smartphone app. How much of the full plate of autonomous features will make it onto U.S. roads under U.S. regulation remains to be seen.

Safety tech upgrades available include a new 360-degree camera view with a virtual representation of the car on the screen, as well as multiple other available camera views in a split-screen view giving you various angles around the car. 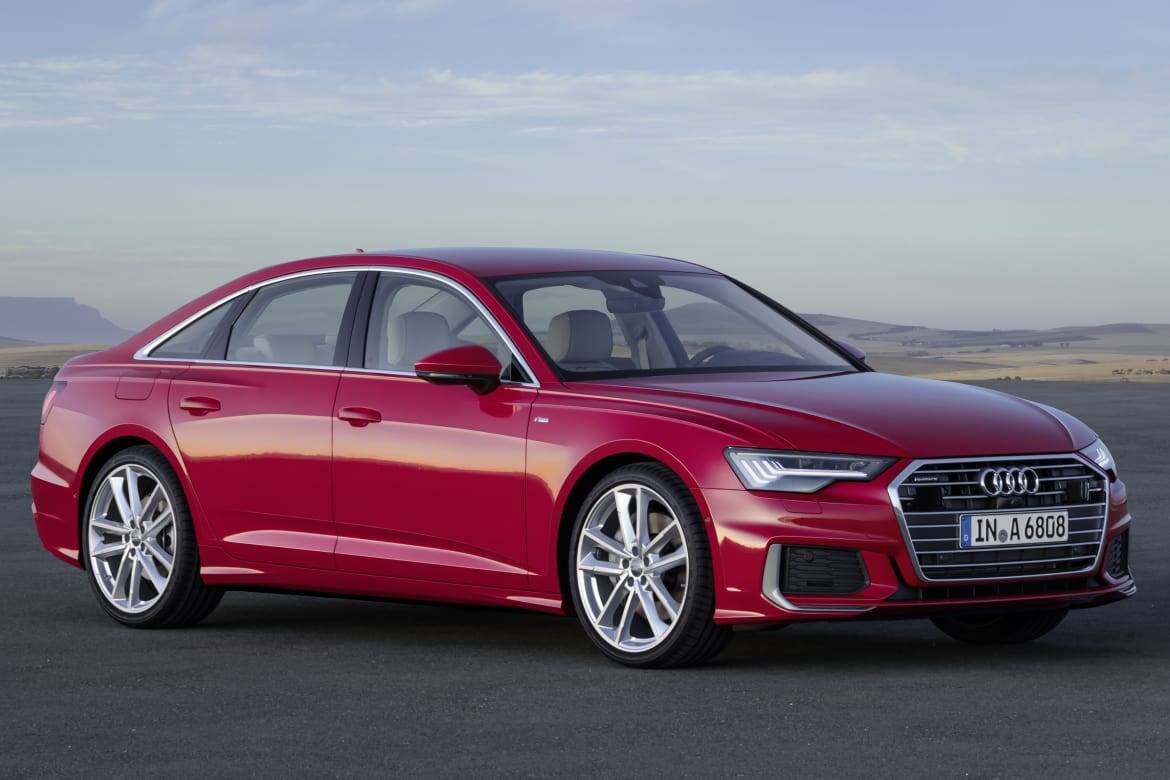 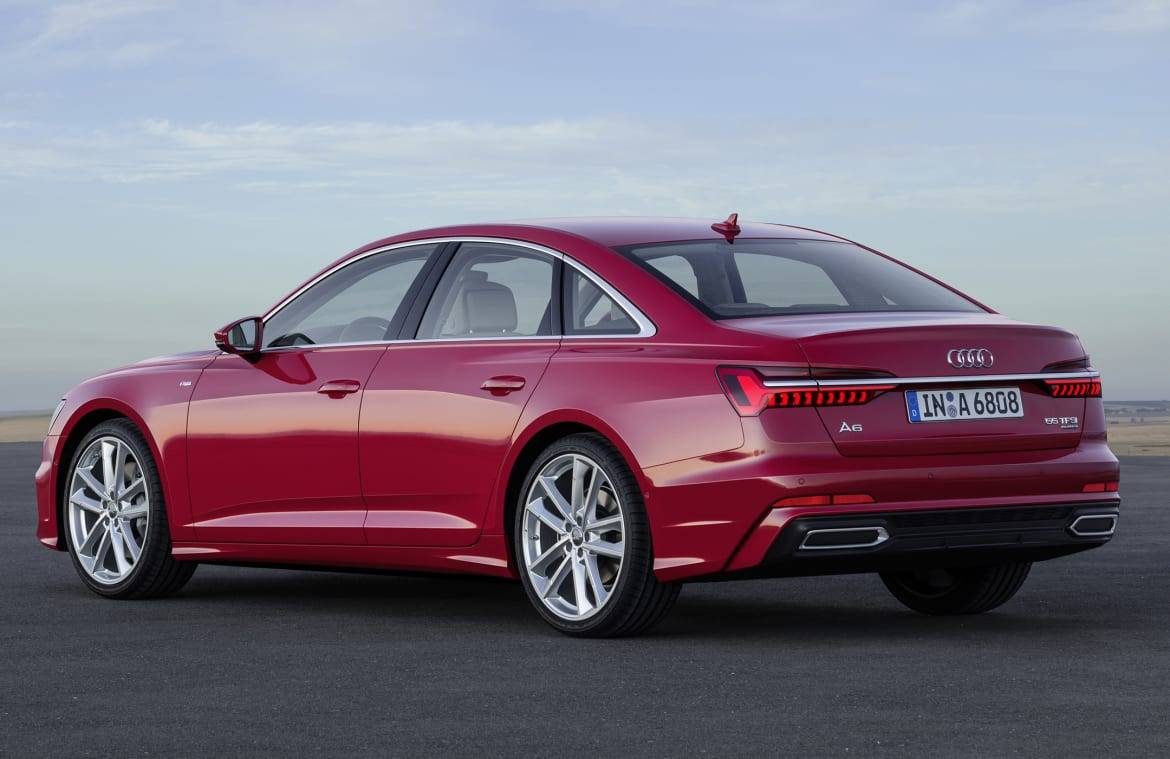 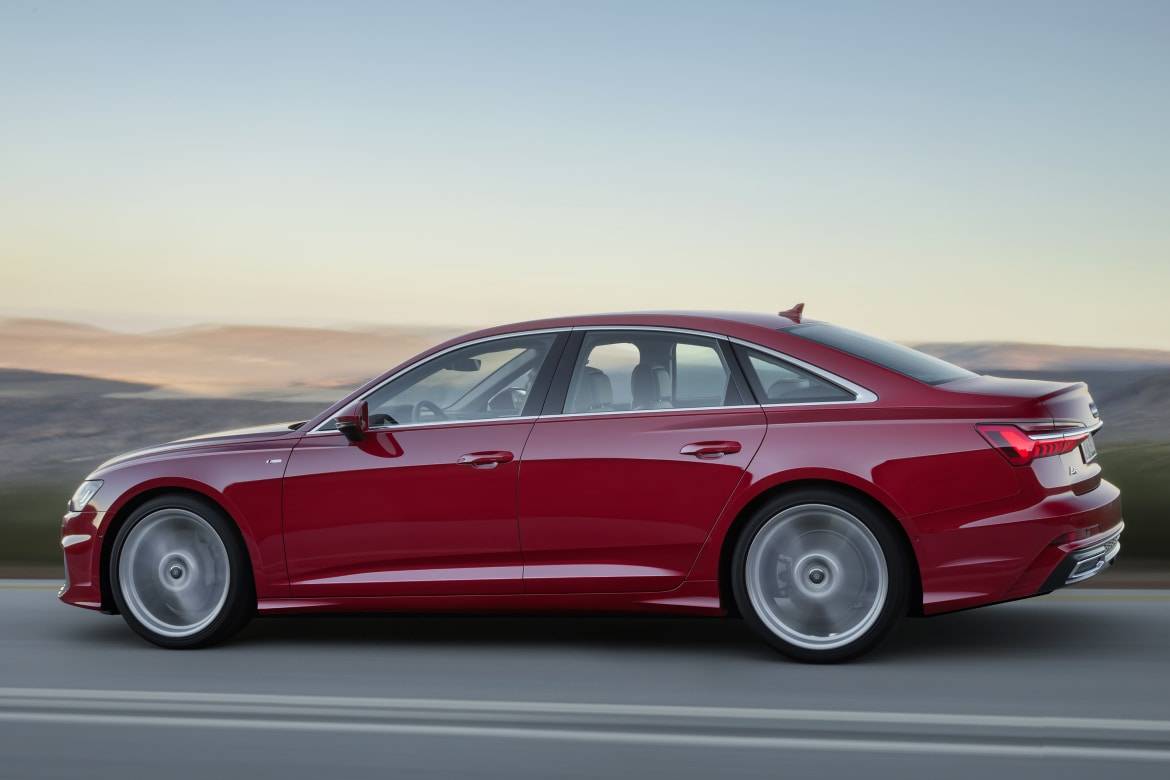 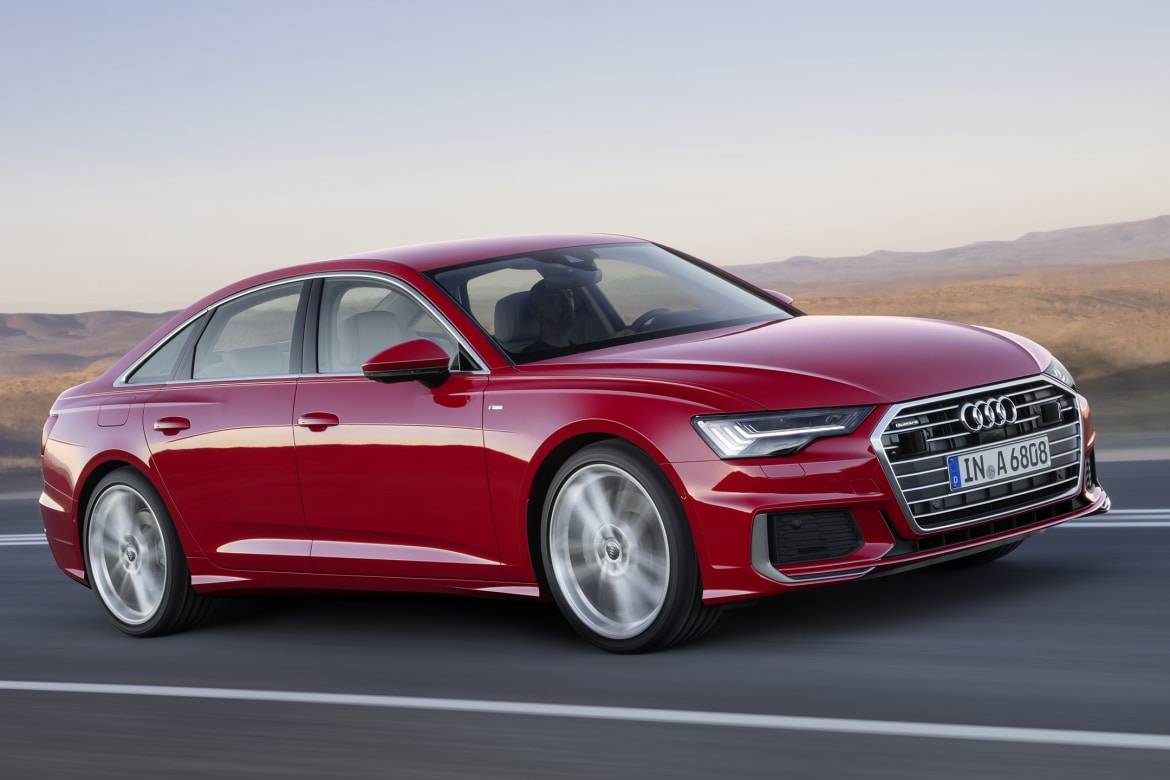 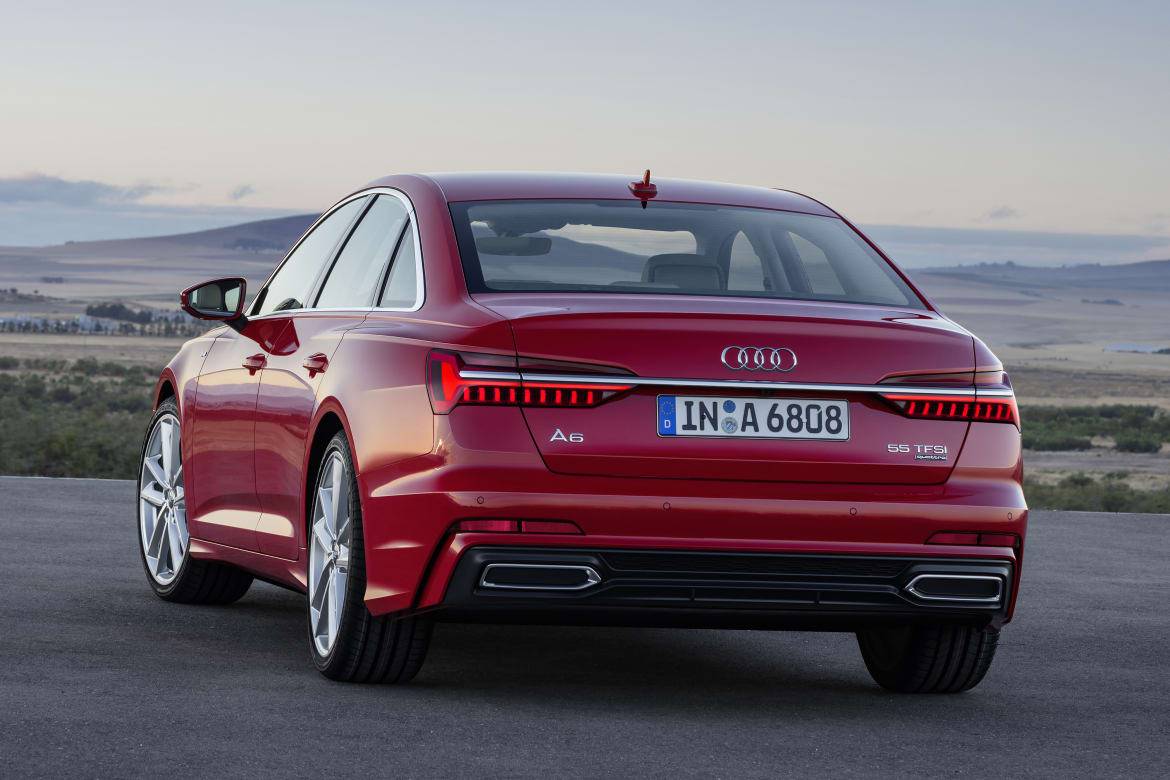 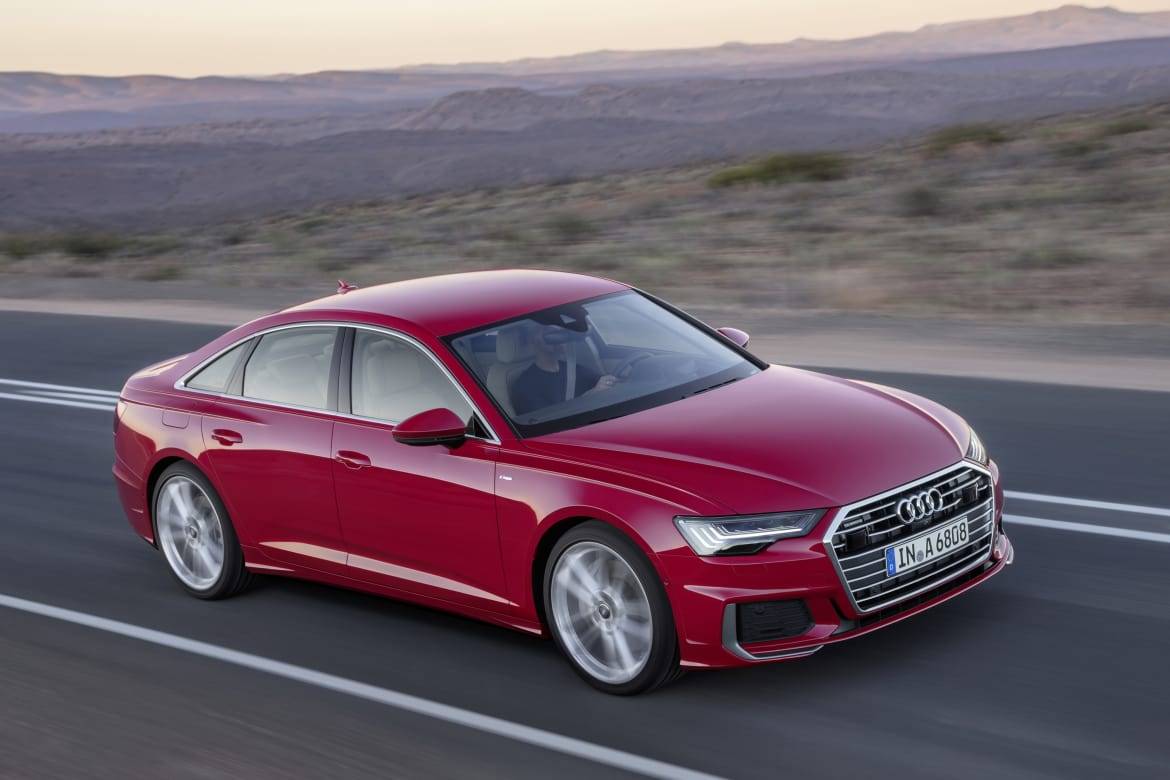 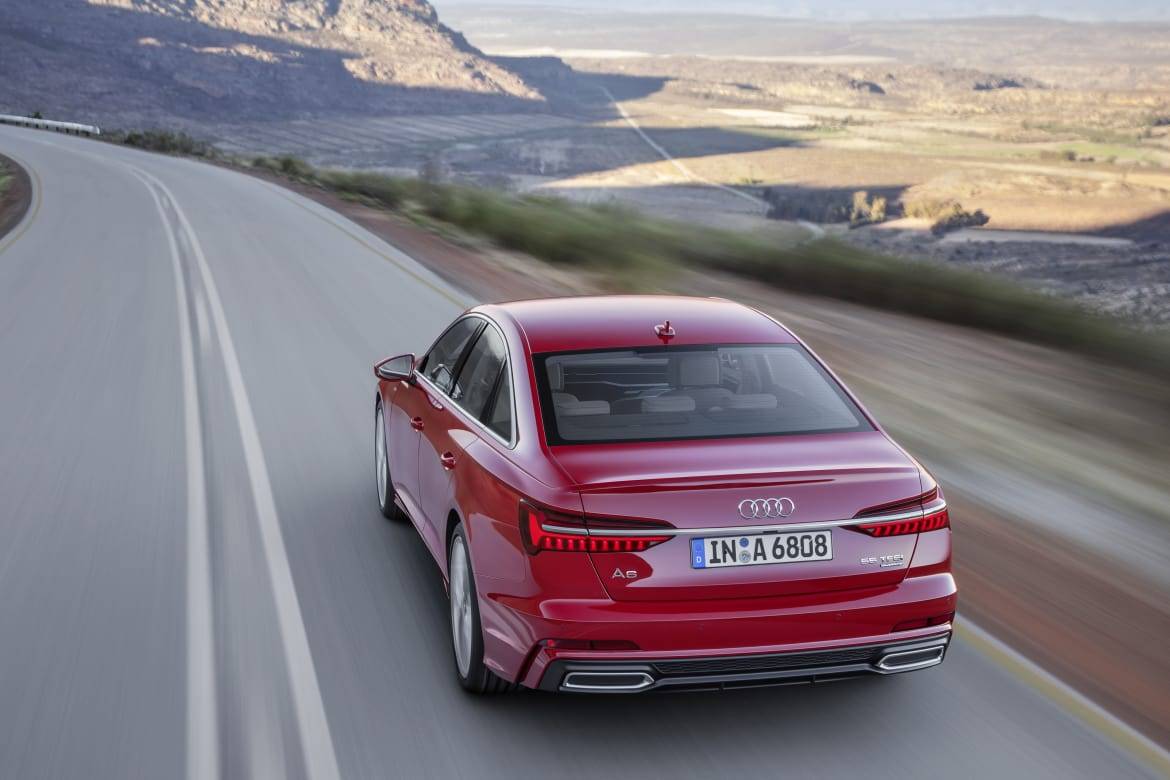 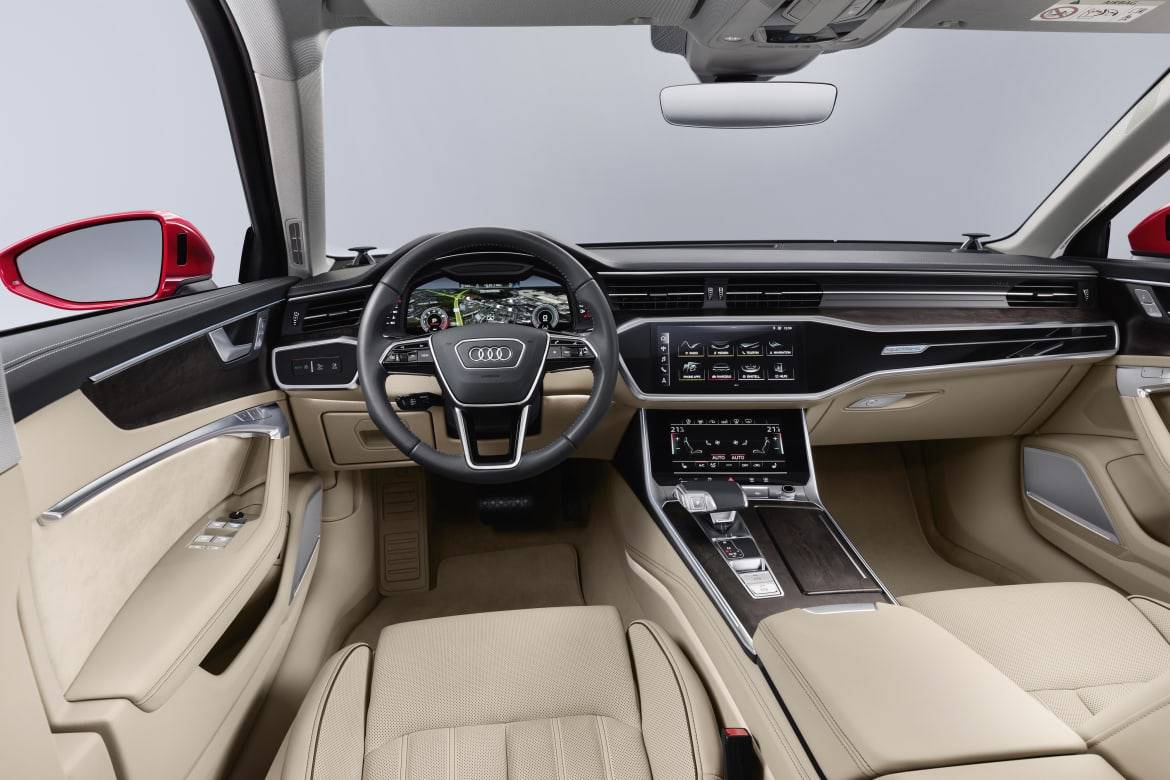 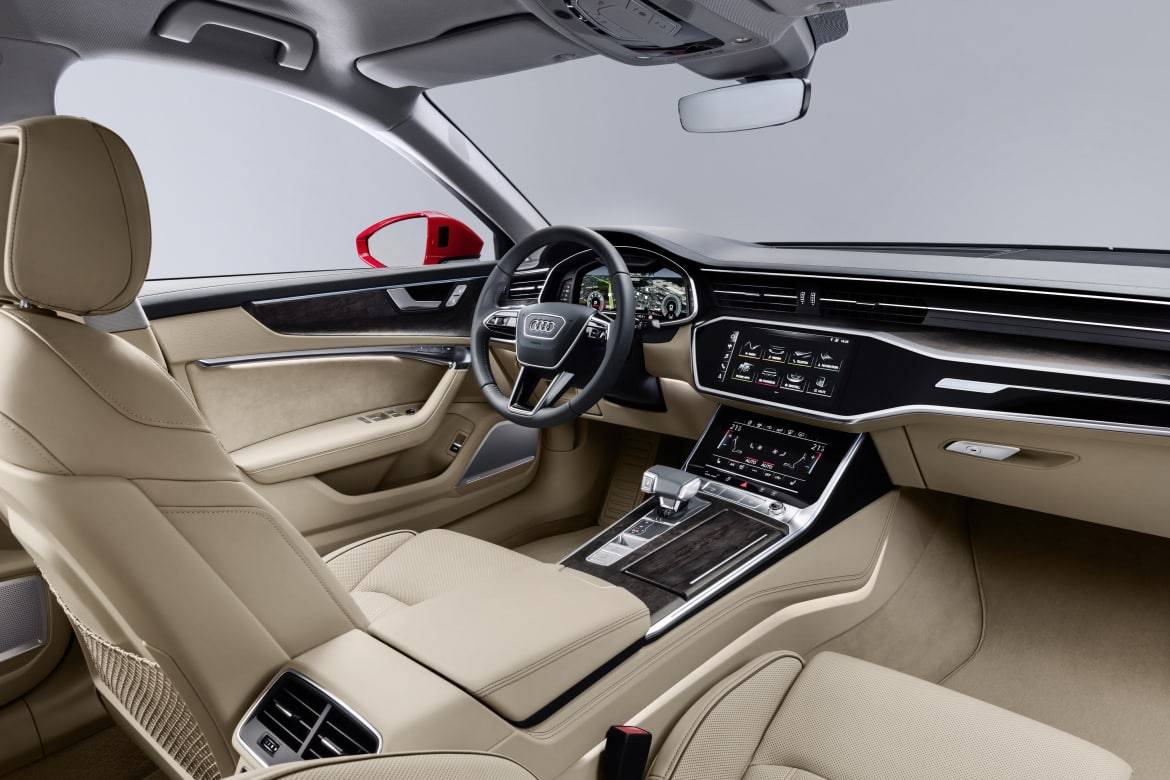 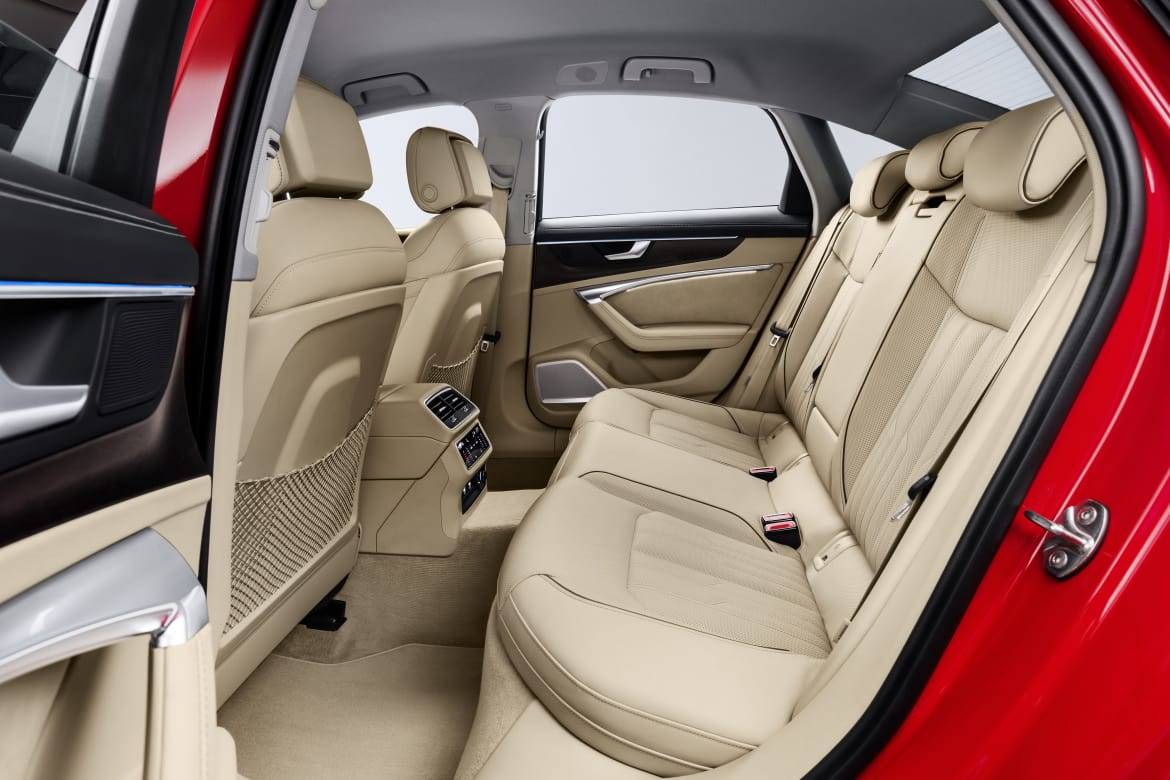