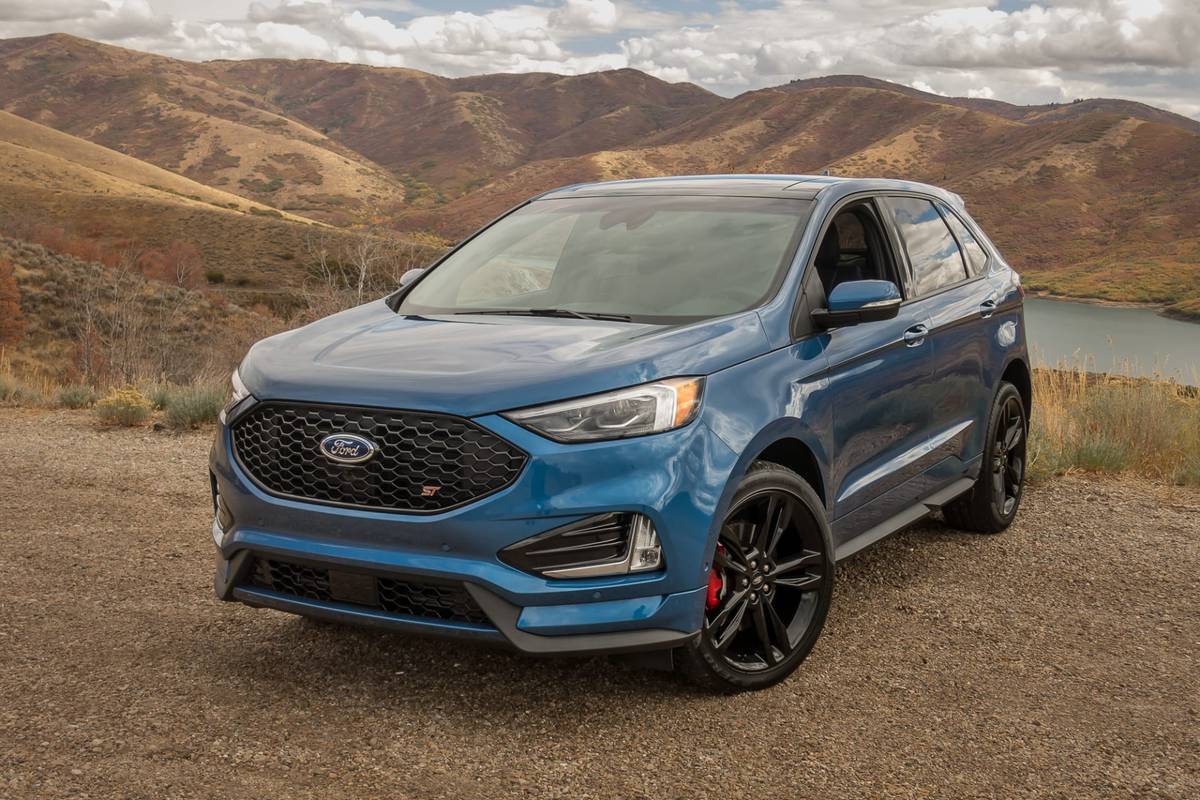 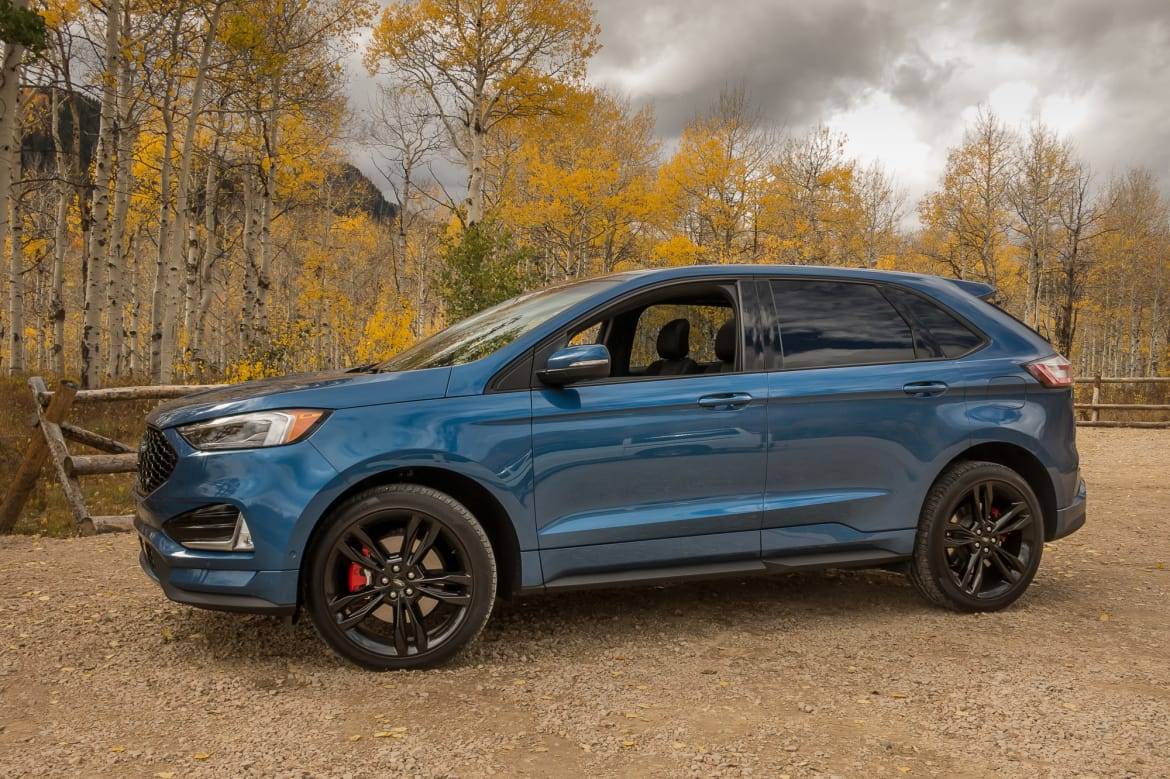 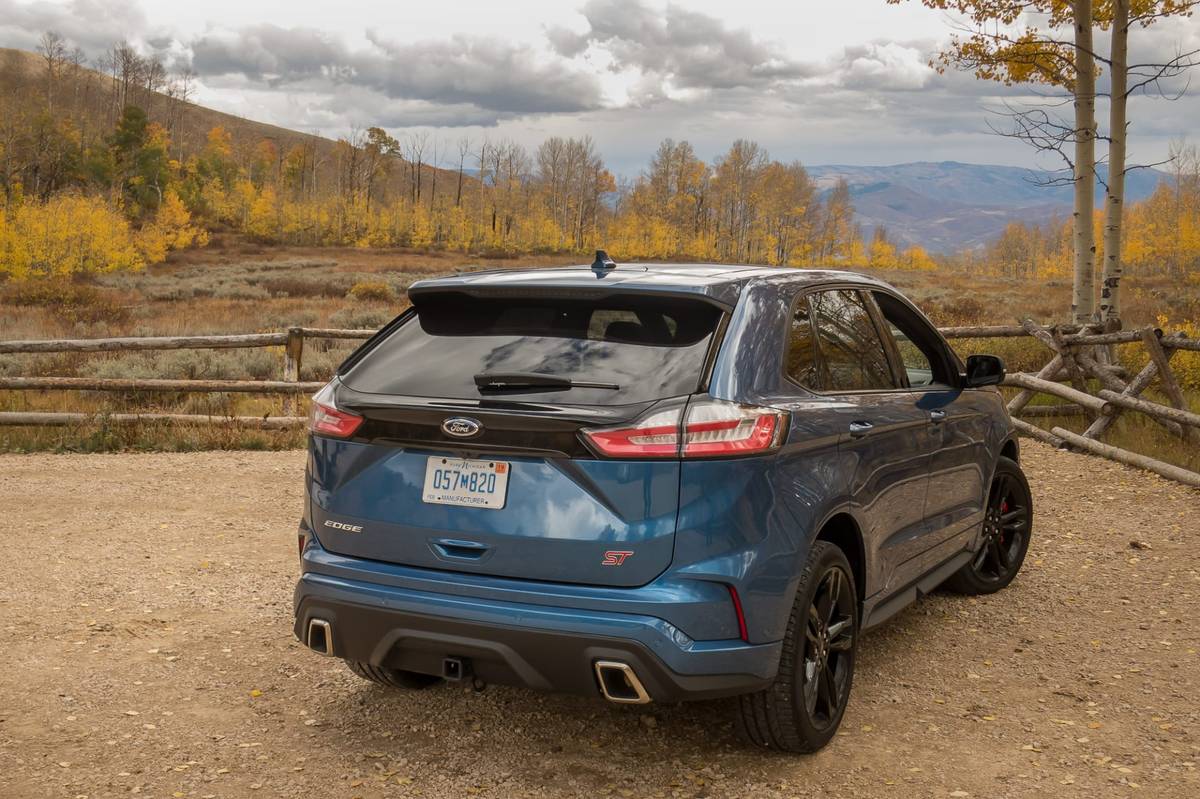 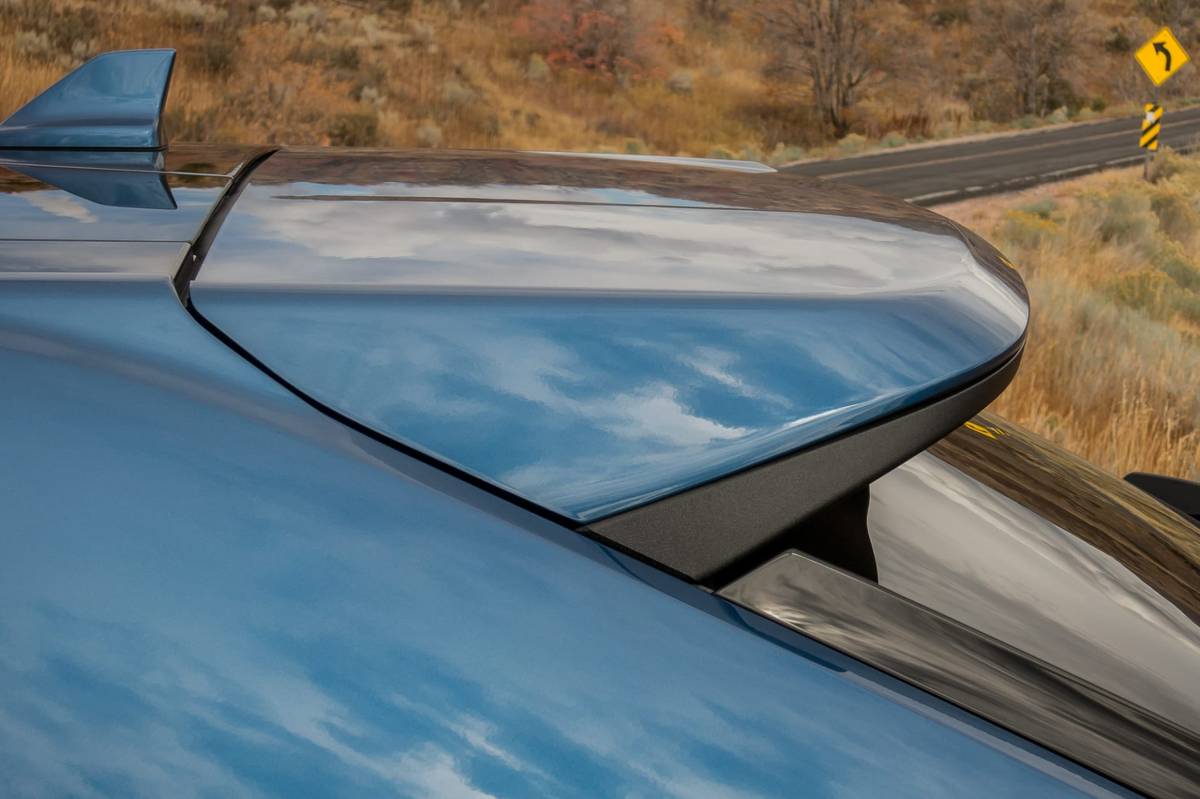 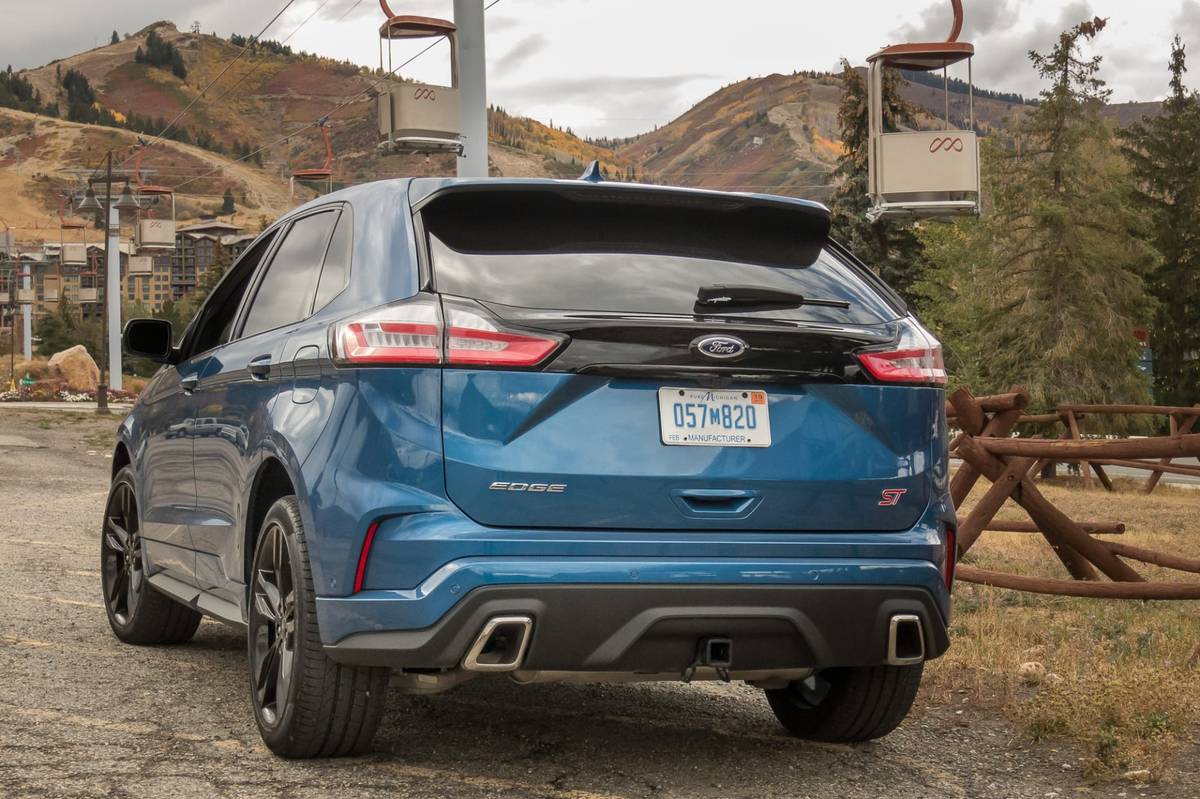 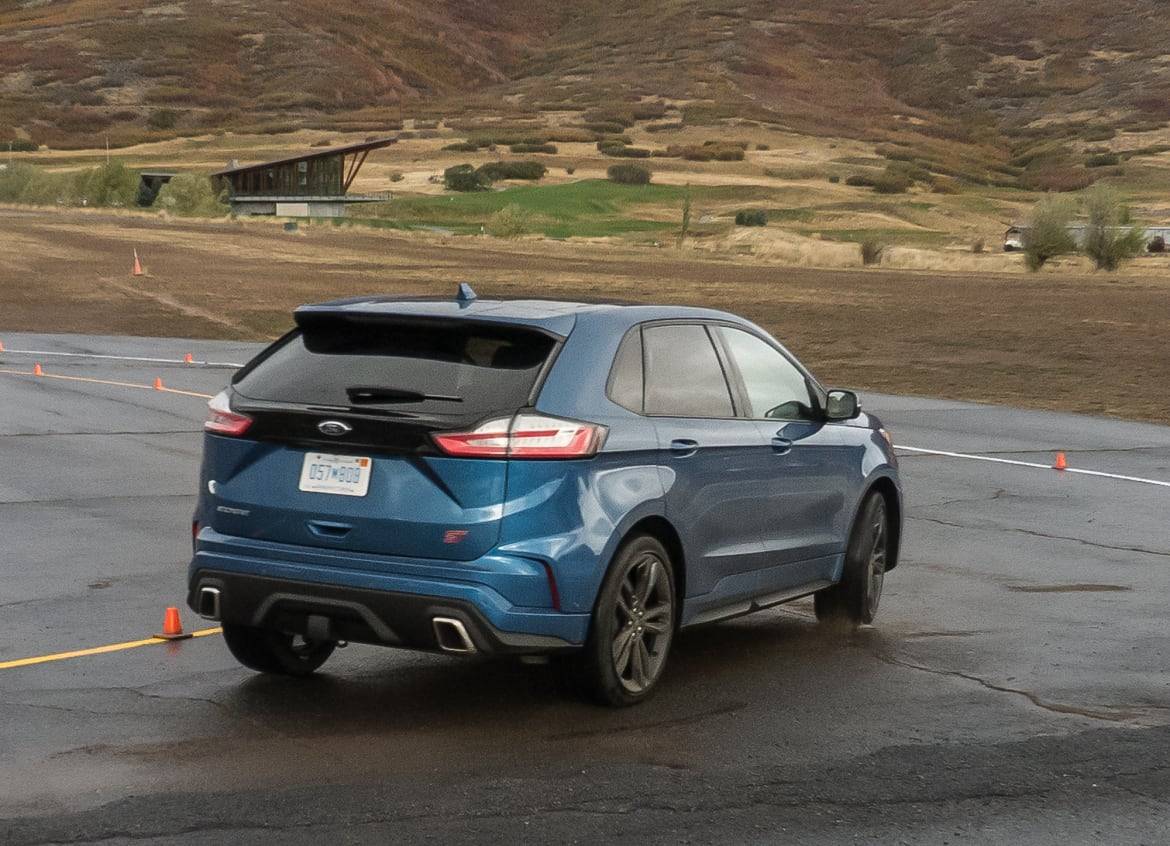 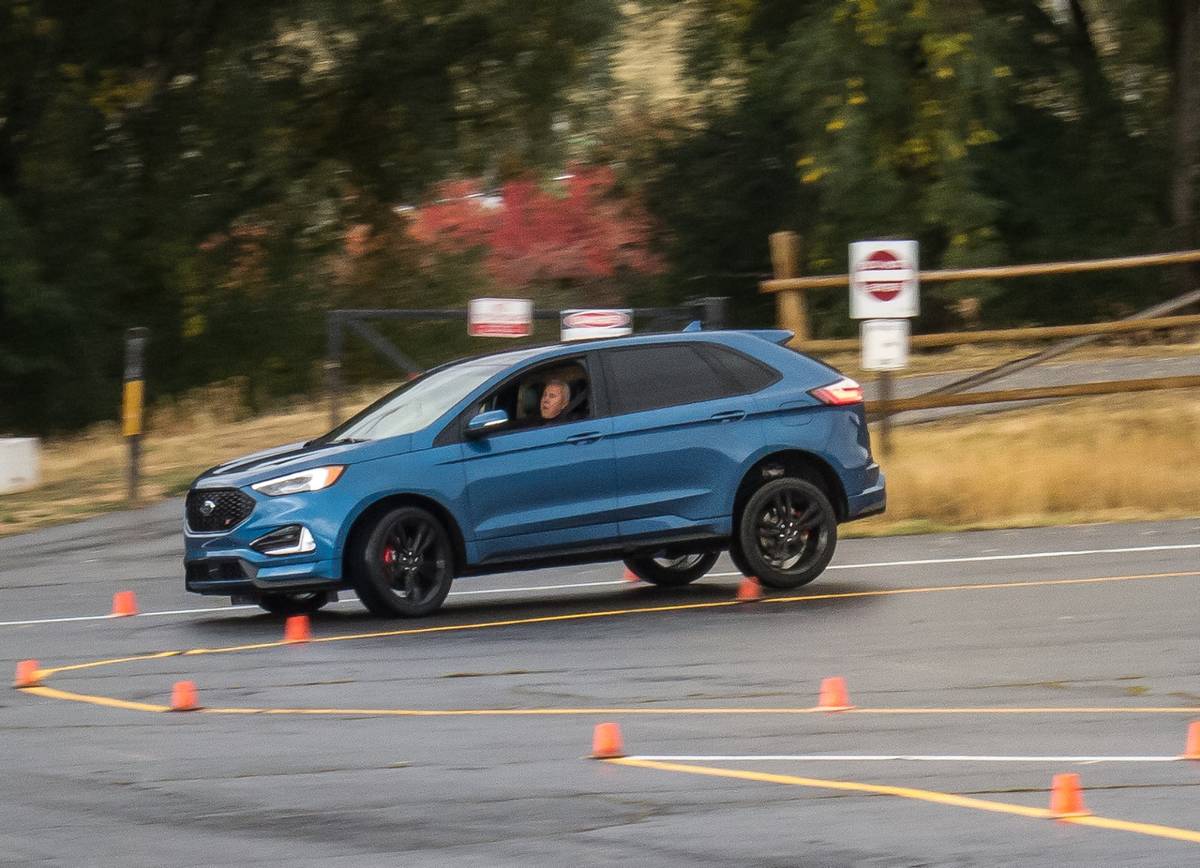 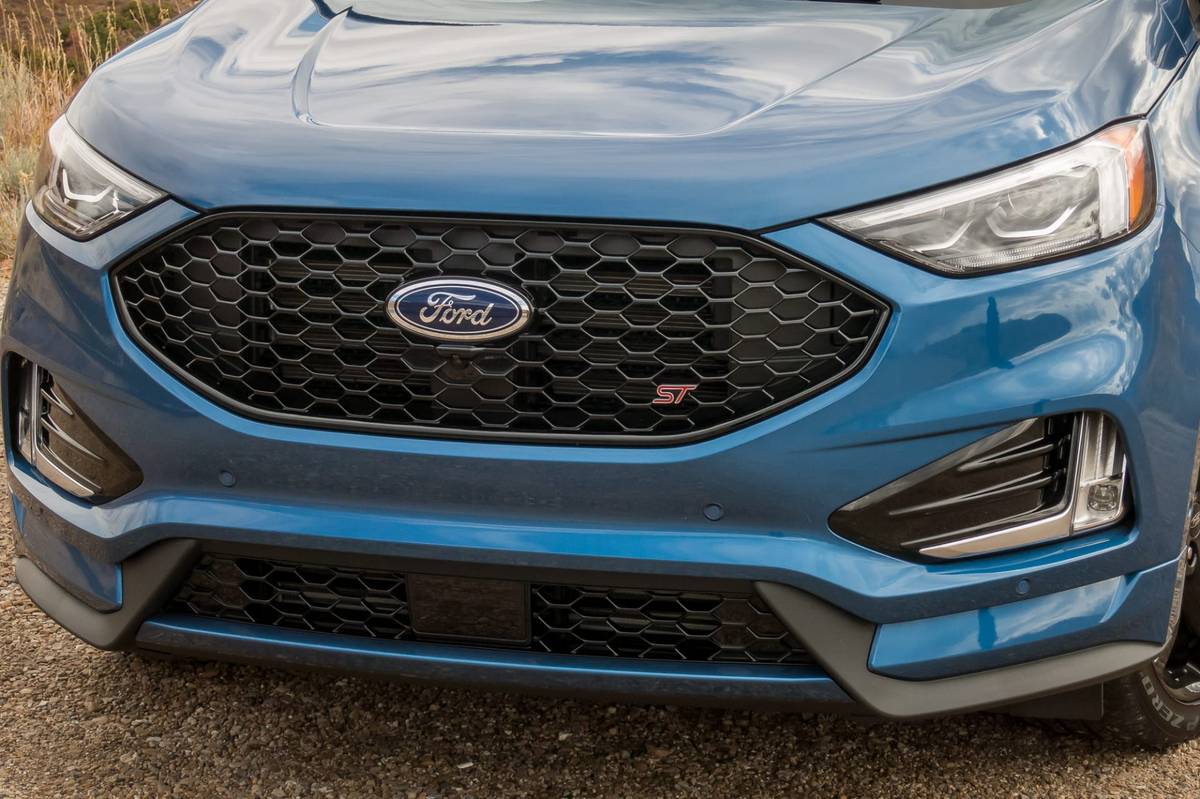 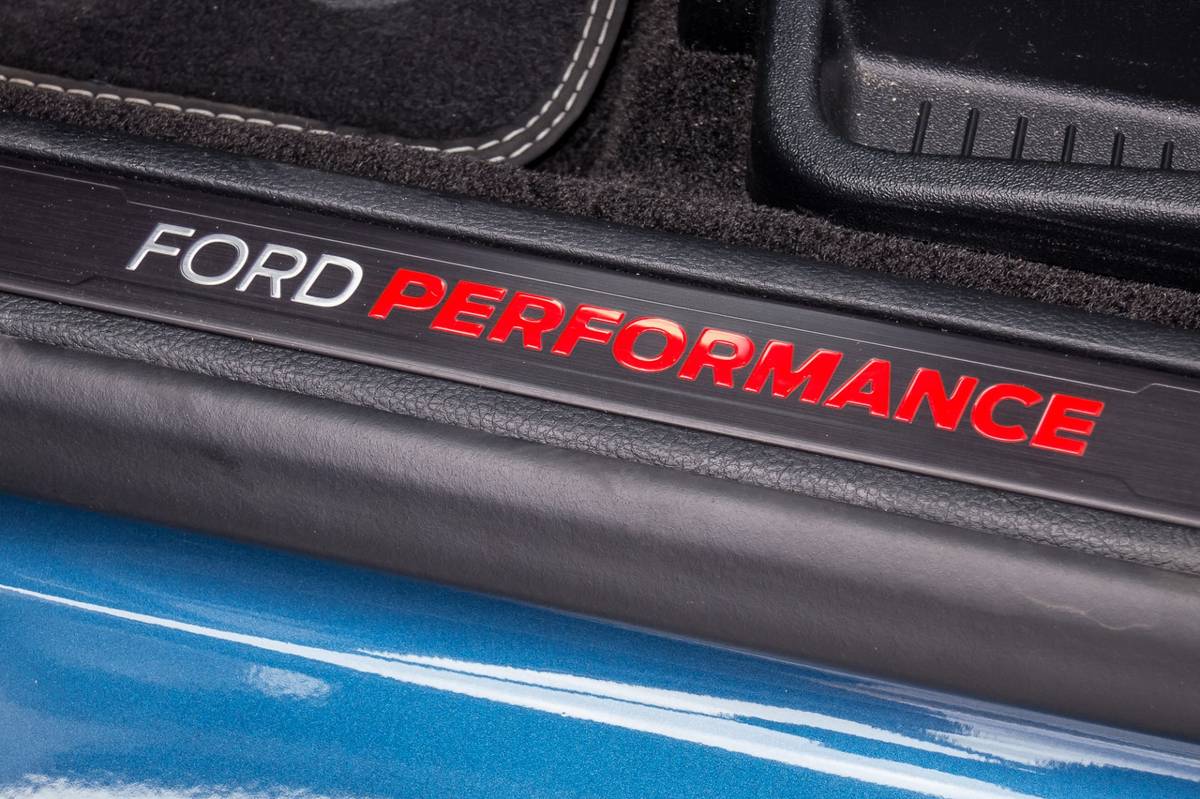 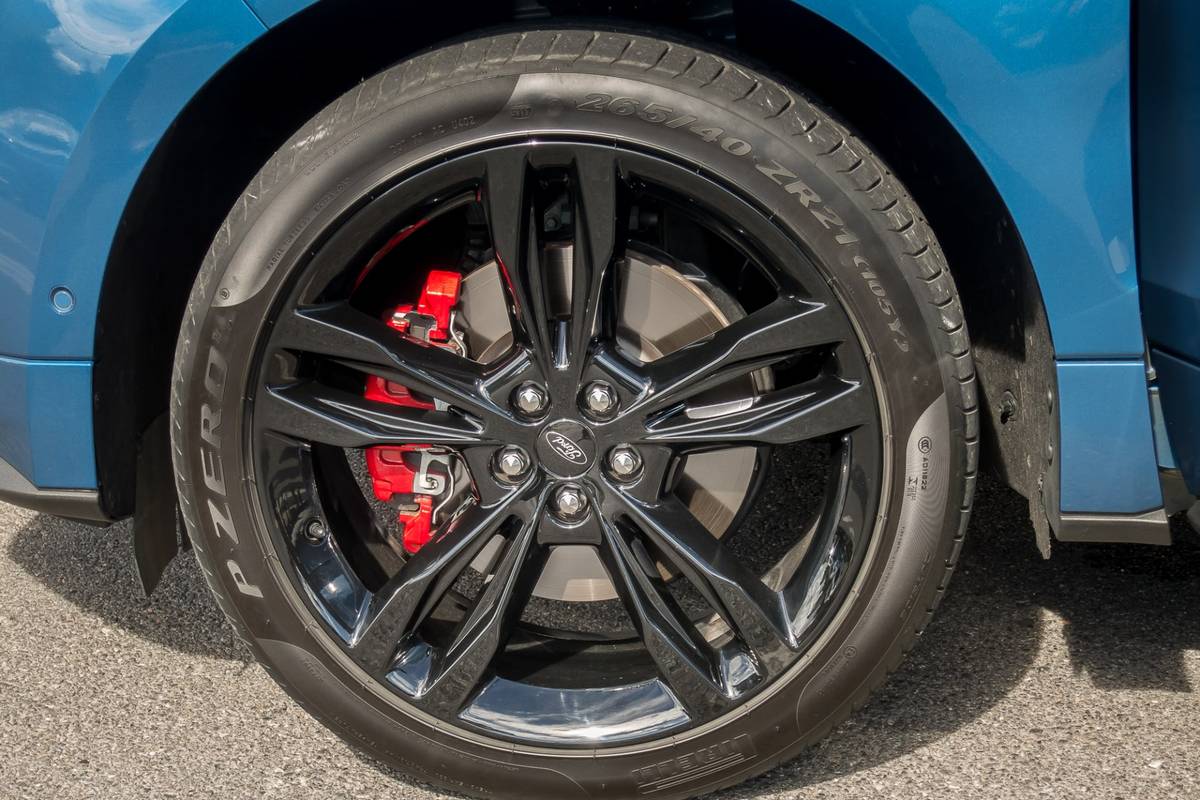 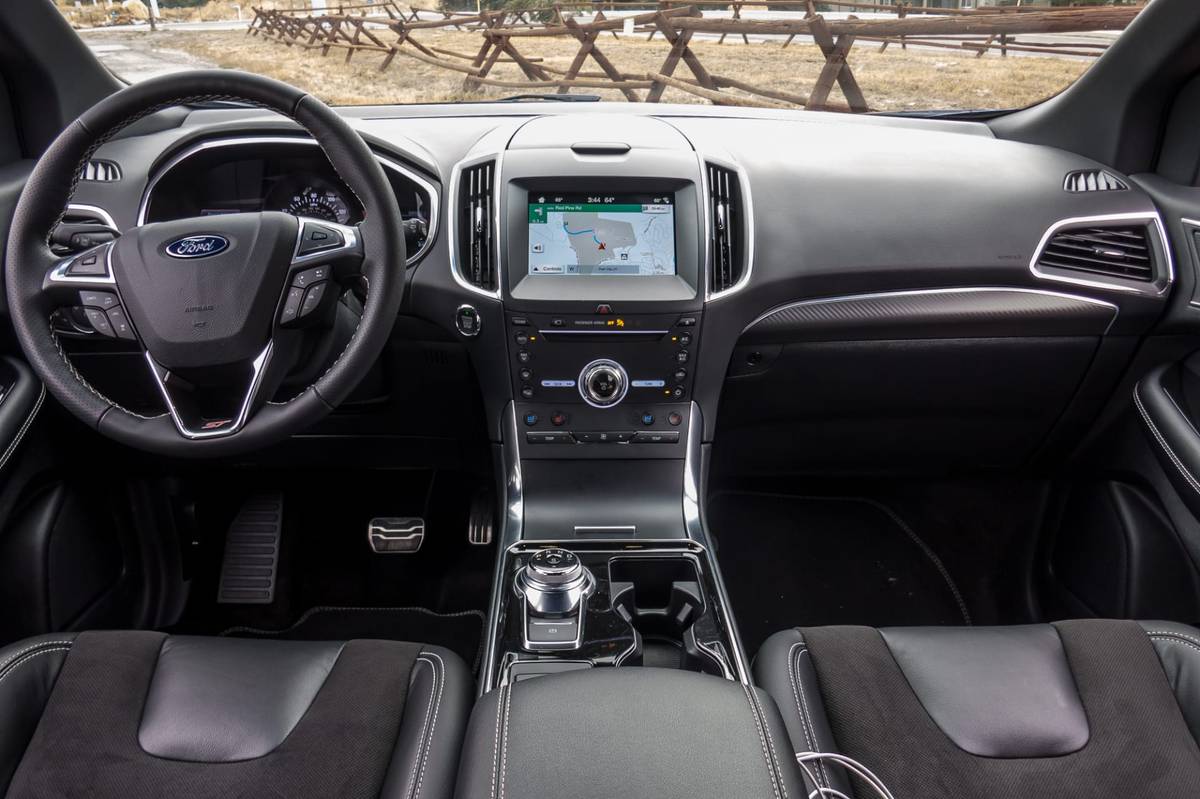 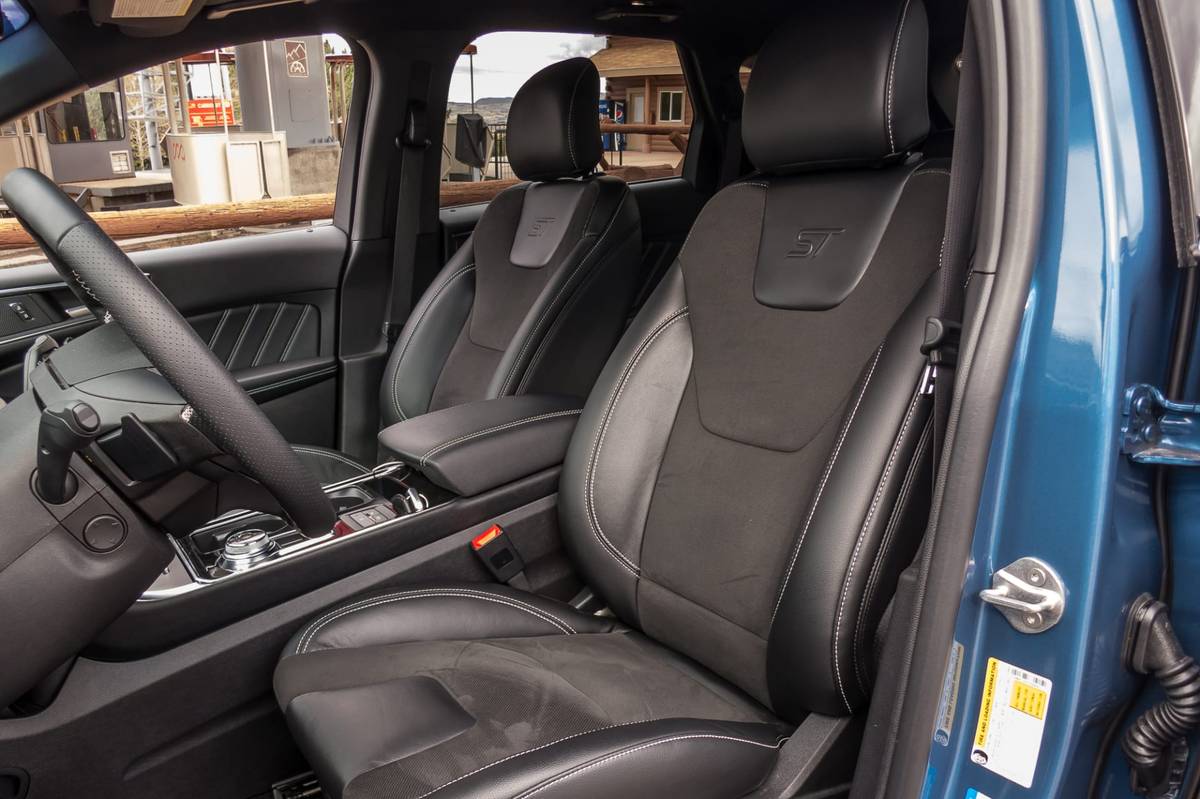 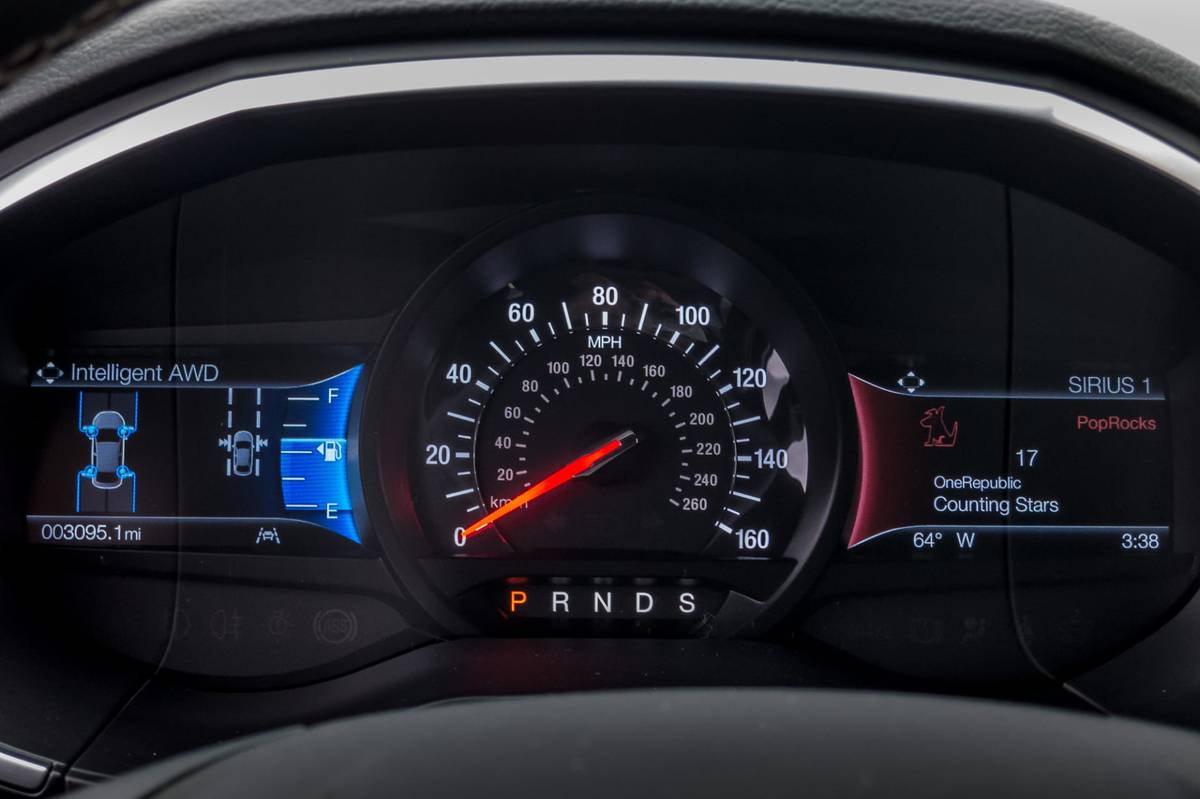 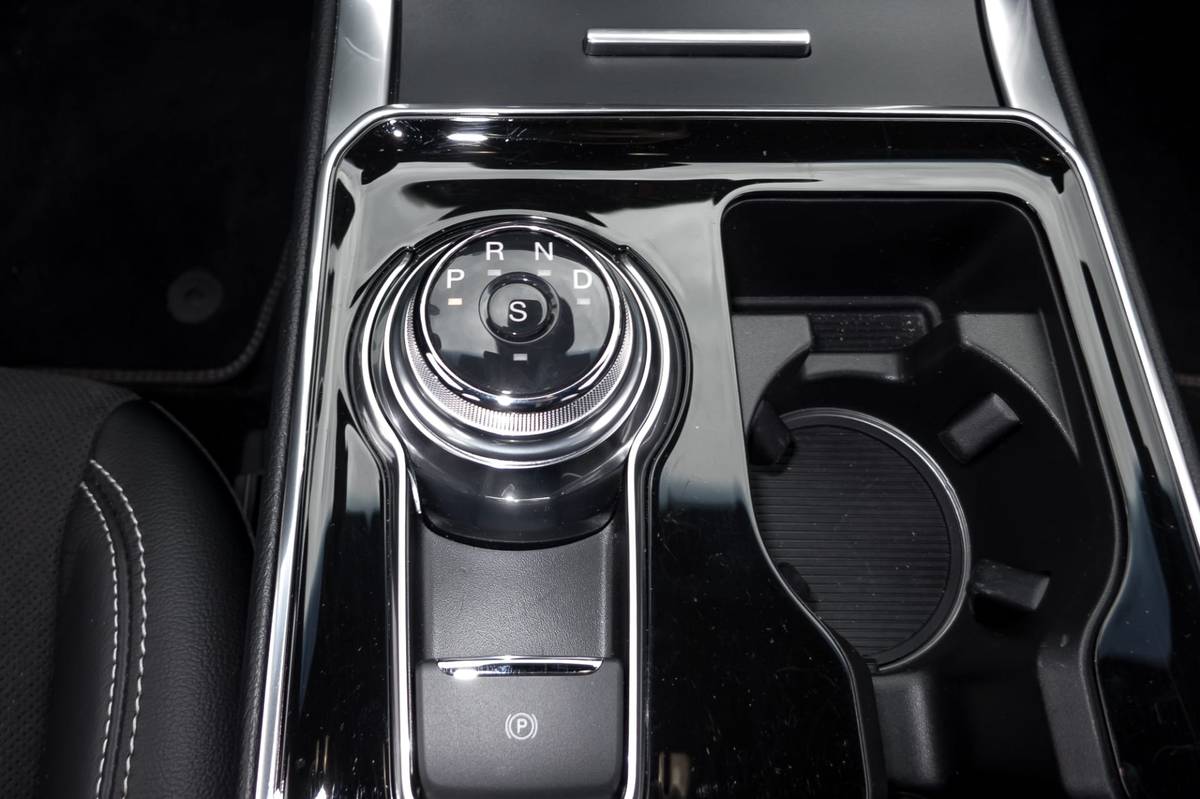 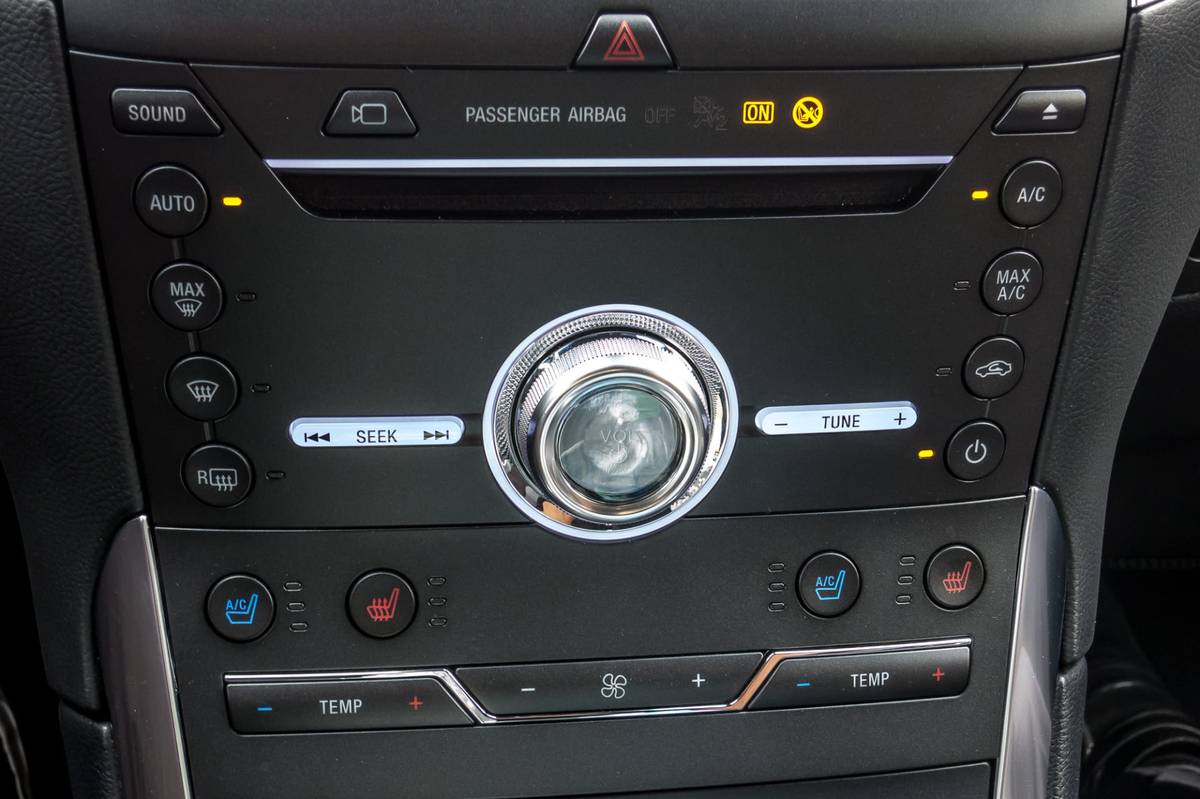 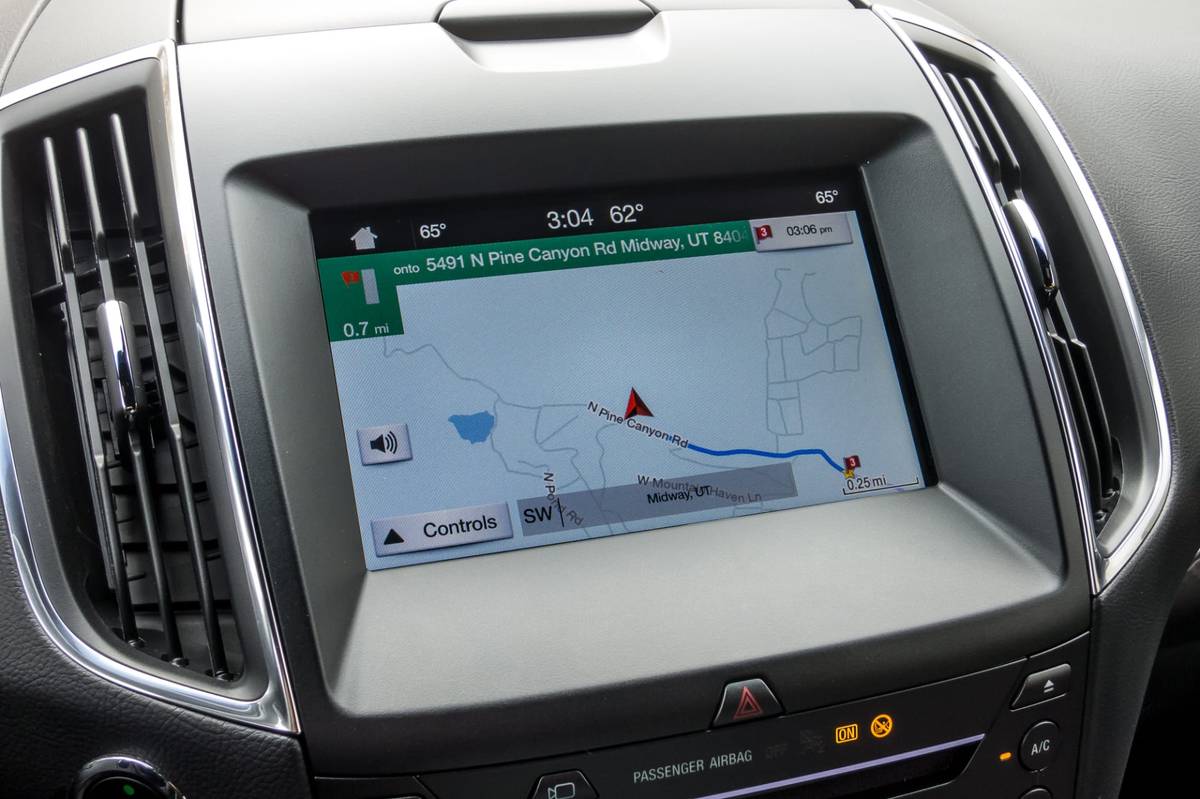 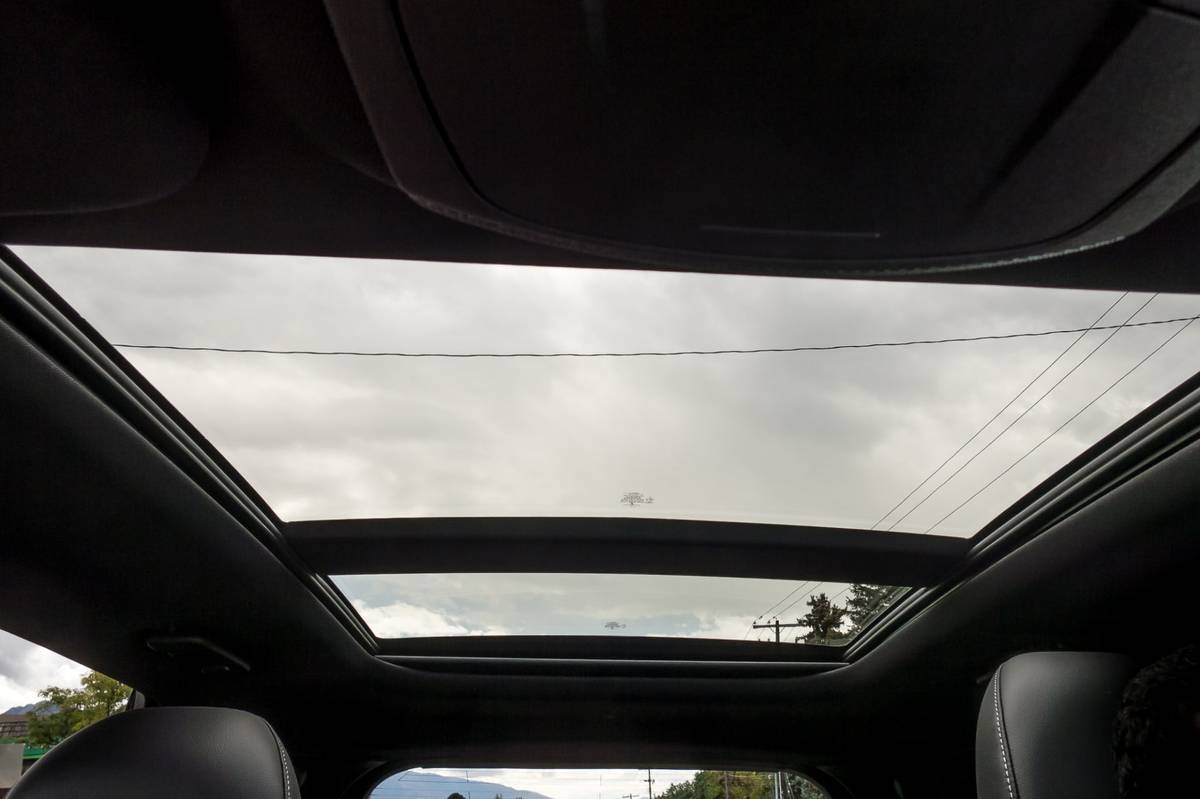 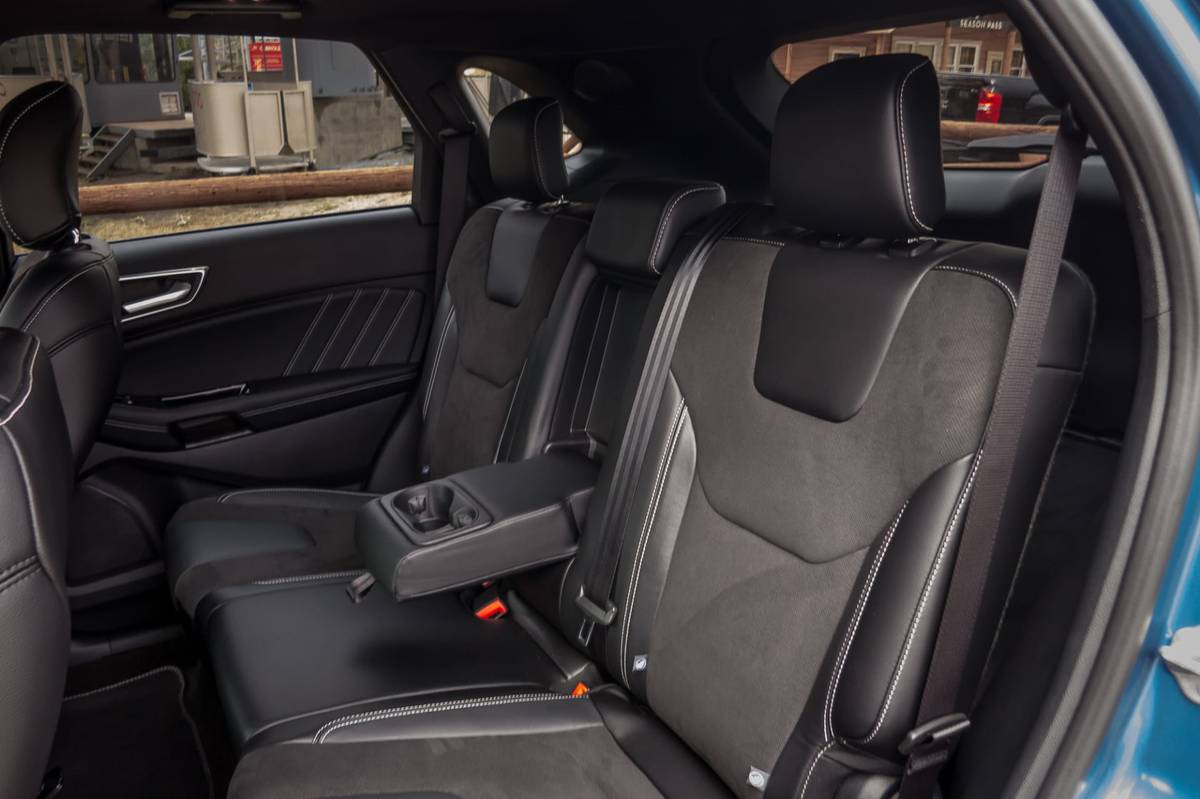 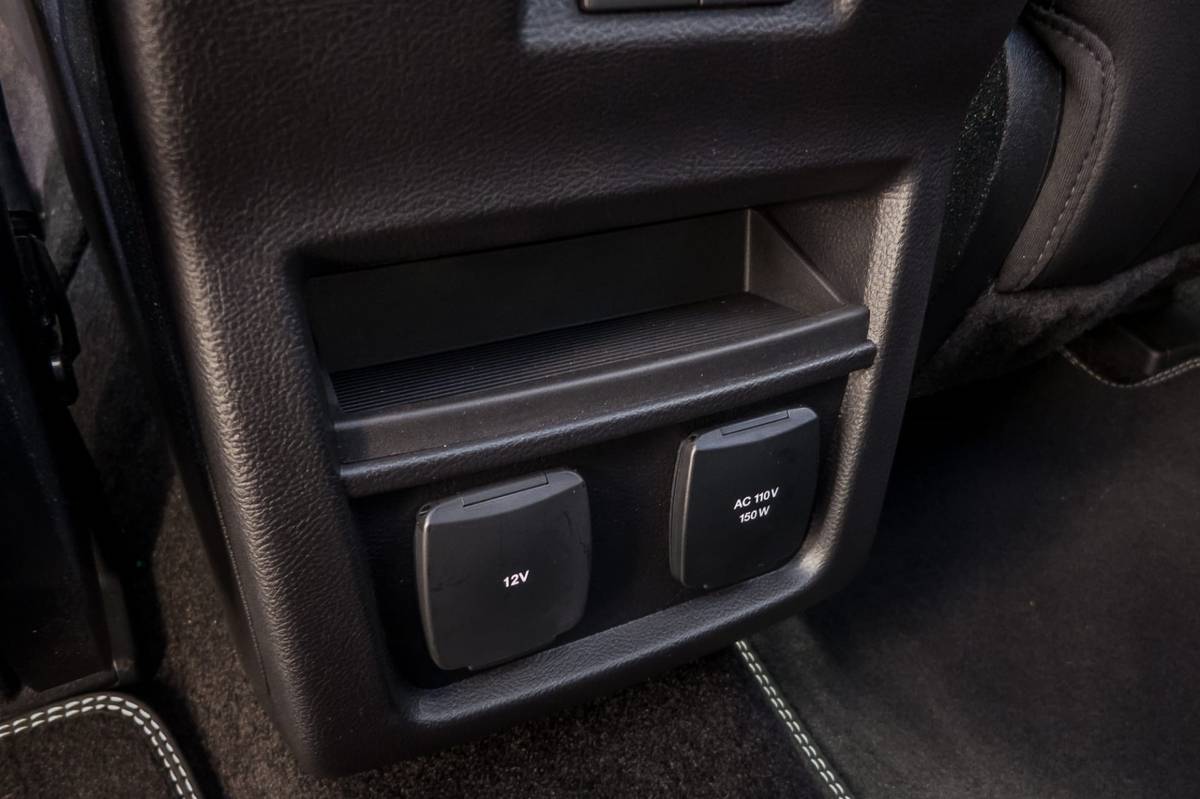 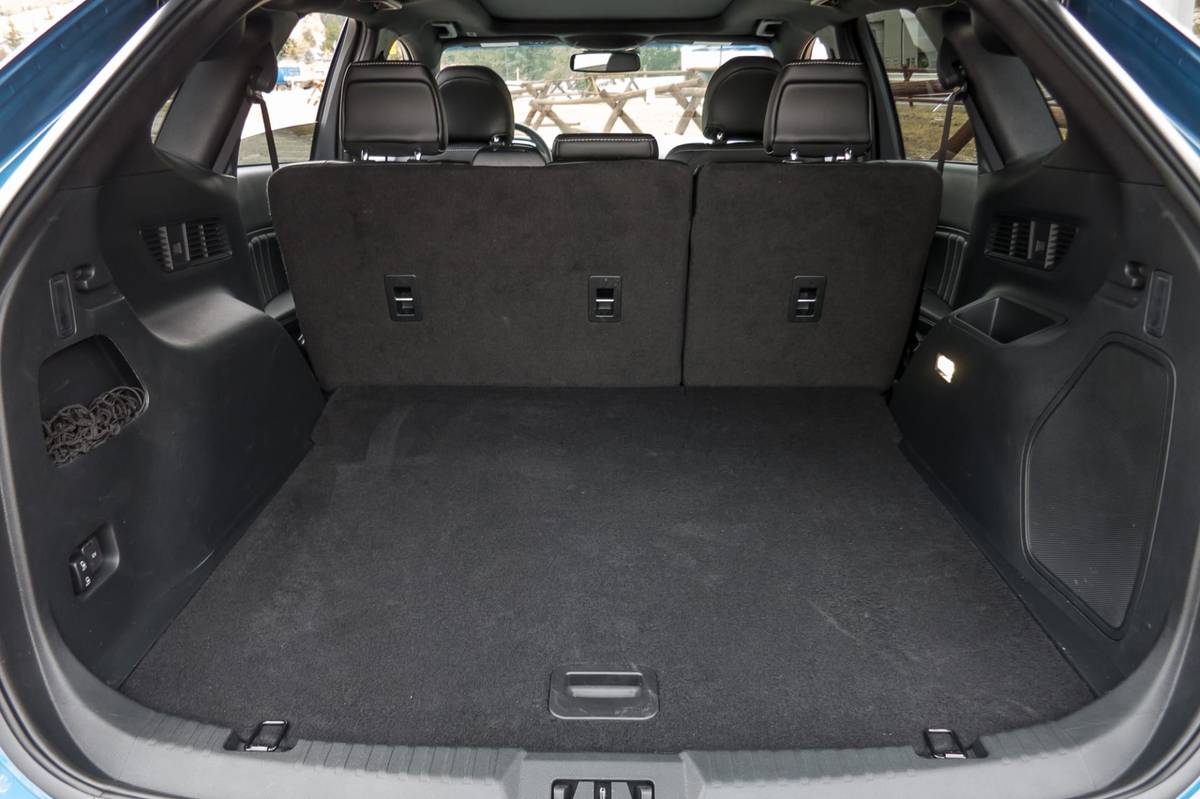 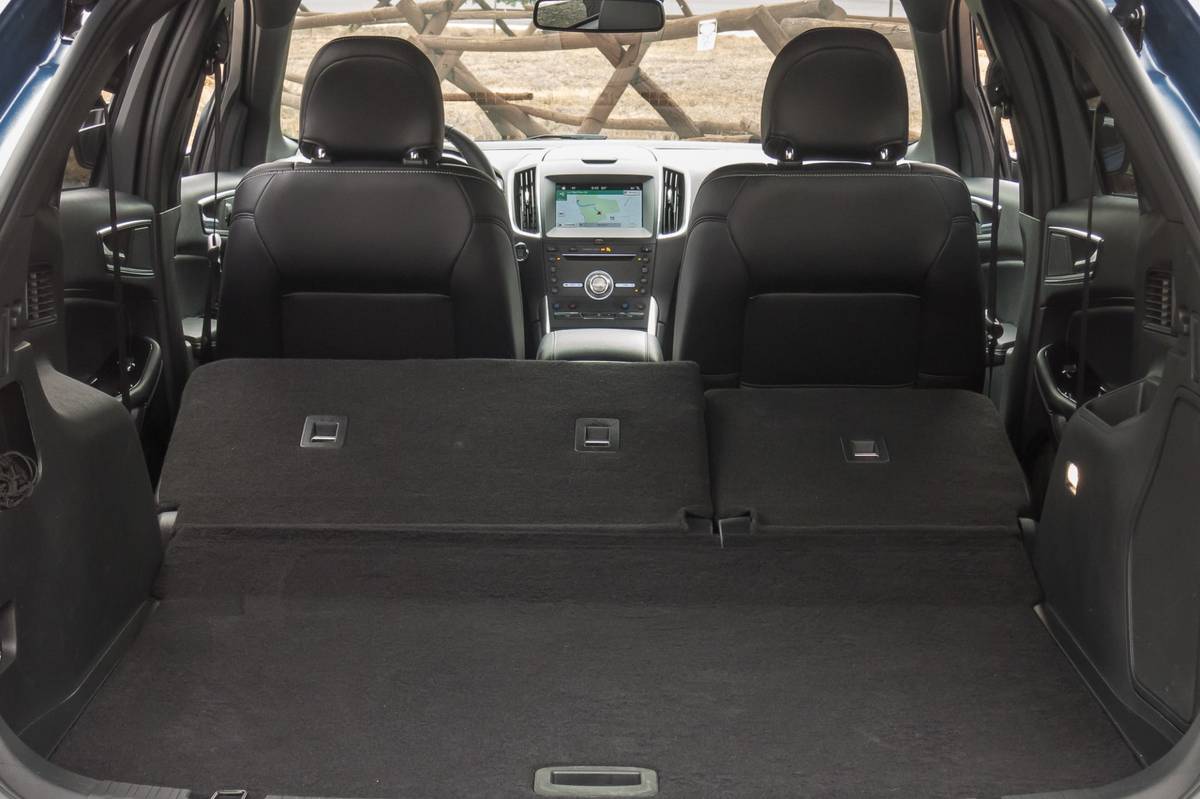 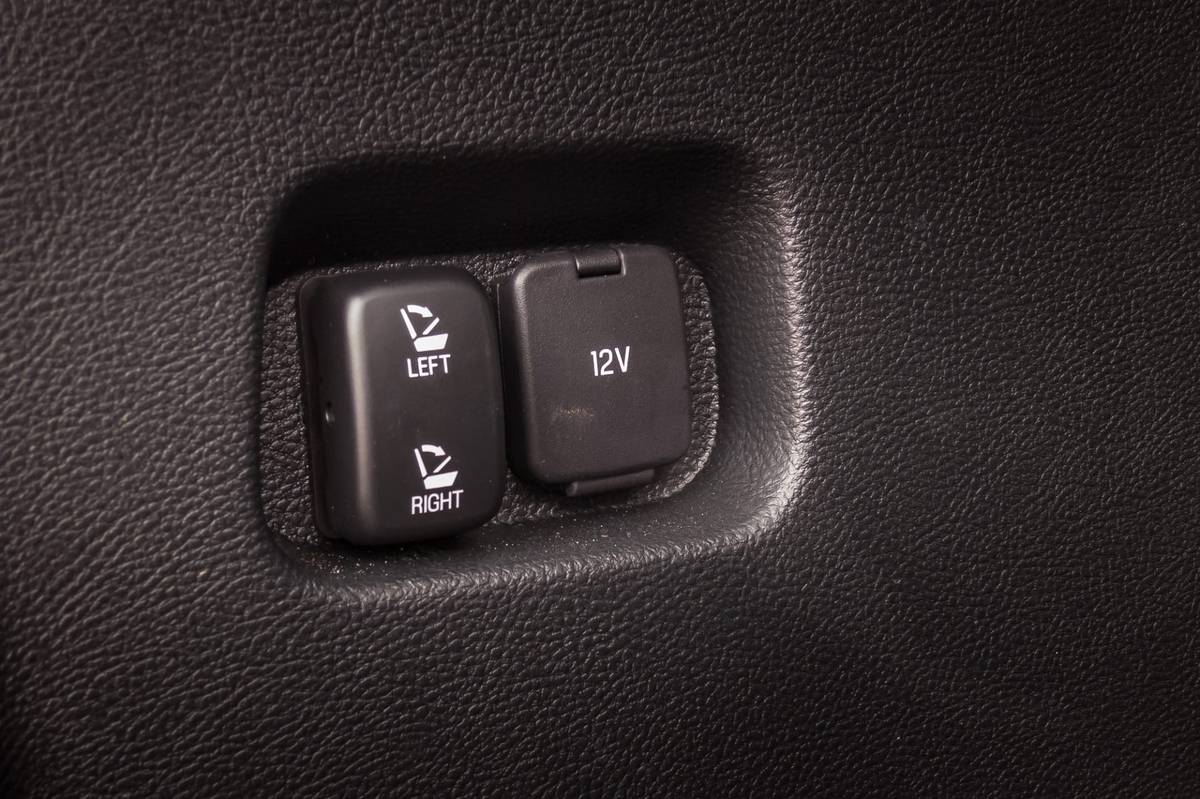 It had to happen. You have a history of respected Ford ST performance cars, but buyers are lining up for SUVs. Enter the 2019 Ford Edge ST, combining expected practicality with unexpected performance into an SUV hot rod to try to carry on the ST heritage.

Related: Ford Tops Up 2019 Edge Titanium, But Is It Elite Enough?

The Edge ST is not all-new but neither is it just a rebadged version of the not-bad 2018 Edge Sport, which had evolved from an appearance package, like so many “Sport” models, into a legitimately sporty Edge. The new ST takes it up another notch thanks to a chassis tuned with the help of the Ford Performance unit for an enthusiast buyer. Such mashups have been available for a while now from luxury brands, such as Mercedes-Benz’s AMG-tricked-up versions of its SUV lineup, but not from mainstream brands, with the exception of Jeep and Dodge SRT SUVs.

Not that the ST burns down the house. It takes a competent, capable, but not-so-exciting SUV and injects an extra dose of enthusiasm. If the standard Edge is a competent and likeable but mild-mannered alternative among mid-size five-seat SUVS, the ST may occupy a similar position among specialized performance versions. And it offers it with none of the flash that accompanies such SUVs from prestige marques, which should appeal to buyers averse to showing off.

But it’s not cheap. The ST, which also includes standard all-wheel drive and top-of-line features, also is top of the line in Edge pricing, starting at $43,350, including a destination charge, (not quite $4,000 more than an Edge Titanium) and topping out at about $55,000 with all options.

I got to wring out the 2019 Titanium ST on highways, rural roads and mountain switchbacks through the colorful fall landscape near Park City, Utah, at a Ford media event that also included a short autocross track. (Per our ethics policy, Cars.com pays for its transportation and lodging for such manufacturer-hosted events.).

2019 Ford Edge ST | Cars.com photo by Fred Meier
Don’t miss out on the latest news, reviews and videos from our in-house experts. Get updates in your inbox.

The Edge of Edge Performance

The heart of the 2019 ST (as it was with the 2018 Sport) is the willing turbocharged EcoBoost 2.7-liter V-6. The 2019 ST version puts out 335 horsepower and 380 pounds-feet of torque, up a modest 20 hp and 30 pounds-feet, respectively, from the 2018 Sport. It’s a gem, and it’s mated to an ST-specific version of the Edge’s new eight-speed automatic transmission, replacing the Sport’s six-speed. Despite being tuned for the ST, the transmission still was quick to upshift and takes a beat or two to downshift in much the same way as the version that’s now in the standard 2.0-liter 2019 Edge.

Ford says the powertrain is good for a zero-to-60-mph sprint in the 5-second range — good, though bragging rights these days more frequently come in the 4s. But it feels fast, fast enough for fun — though if your idea of power in a mainstream-brand SUV is a Jeep Grand Cherokee SRT V-8 (much less the Trackhawk version), the ST won’t do even if the ST handles better, is easier on your wallet and is less likely to make the neighbors wonder about your midlife crisis.

What sets the ST apart is a chassis tuned to Ford Performance targets. Cornering is flat for an SUV, though there is still some roll, and there’s less understeer than in the standard Edge. I was tempted to drive it harder than I would most SUVs and was comfortable doing so. There’s no getting around the fact that you’re throwing around a high-centered, two-ton-plus SUV, but the new ST tuning and ST-specific shock absorbers make the Edge considerably more agile. You pay a price in a firmer ride; I did not find that objectionable, but the ST might not be your best choice if you regularly bounce around on pothole-ridden city streets. This ride effect was magnified by the optional 21-inch wheels (20s are standard) and grippy summer tires on the test ST.

Steering also had a better on-center feel in the ST and the turn-in was sharper, particularly in Sport mode, though I was left still wanting more feel. Along with the big wheels and summer tires, the $2,695 ST Performance Brake Package on the test ST added 13.6-inch ventilated disc brakes front and rear with higher-performance brake pads and red-painted calipers. And they were excellent at hauling down the hefty mass, though they required higher pedal effort and the added bite was not as easy to handle smoothly in regular driving as the discs and pads in the non-ST Edge.

All-wheel drive is standard on the ST and is a new system that can fully disconnect the rear wheels to boost gas mileage but uses artificial intelligence to send up to 100 percent of power to the rear based on conditions and driving needs. It performed well in spirited driving.

The gas mileage penalty for all you get is not huge for the Edge ST. EPA mileage ratings of 19/26/21 mpg city/highway/combined are down 2 mpg across the board from a standard AWD Edge; premium gas is recommended for both for maximum power.

Fully taking advantage of what the ST offers, however, requires pressing the S button in the center of the new rotary shifter — the fun button — for its ST-specific Sport mode. Sport mode will do most of the go-fast work for you if you wish, but without exacting a high price in the basic comfort and livability that is characteristic of the Edge.

The Sport mode sets a more aggressive throttle response and increases engine braking for deceleration in cornering. It also sharpens transmission settings to hold the gears longer and to maintain your gear through turns, keeping your revs up. Sport mode also matches revs for downshifts. And if you do choose to row your own gears with the steering-wheel paddles, Sport mode turns them into a true manual mode, letting you hold the gears to redline, intervening only at that point to save you from yourself.

Along with the setting changes, Sport mode also enhances the sporting feel with more engine noise, albeit only in the cabin and enhanced through the speakers with a slightly artificial note. And it alters the display in the configurable portion of the instrument cluster to bring up a tachometer, but also includes such graphics as turbo boost and power distribution. Unfortunately, the big analog speedometer still dominates the cluster and the configurable graphics are too small to be really useful.

If you want to amp up your experience and have the track-day room to safely do so, the ST also allows you to separately dial back the stability controls to give you wider wheel slip and roll parameters before intervention. I was not able to test the limits of that option.

Looks the Part, With Modesty

If you opt for the ST enthusiast version, you’re likely going to want it to look the part. The ST does, but without overdoing it with boy-racer add-ons. (And where would you mount a wing anyway?)

A Ford official said the ST version is aimed at a “performance grownup” who needs Edge utility but wants the go-fast tuning. The ST certainly should please previous Sport trim-level owners who hoped for a little more as well as potential new buyers who don’t see themselves in a luxury brand, or want to spend that much. The ST is for people who don’t want to seem to be trying to appear too young or too rich (or too full of themselves).

With that in mind, the Edge ST appearance is not a marked departure from a regular Edge. It gets slightly more aggressive bumpers, a black mesh grille, some blacked-out trim and black lower-side aero, as well as those big black wheels. In addition to the other Edge paint colors, you also can get the ST in (my favorite) a version of the Blue Oval’s Performance Blue.

Similarly, the interior is mostly high-end Edge in black, but with the addition of a pair of nicely padded and well-bolstered ST sport chairs up front. The ST seats do a good job of keeping you in place in spirited driving thanks to the shaping, as well as grippy, suedelike upholstery inserts. But the embossed ST monogram on the seats is a tasteful monochrome that doesn’t shout, just like the rest of the ST.

And it doesn’t skimp on other features. The 2019 Edge ST shares the standard 2019 Edge’s bounty of new standard and optional tech, safety, driver-assist and luxury features. See more about those here.