Looks like: Fun … and like a Toyota C-HR crossed with a Jeep Renegade — with vintage notes of a Toyota FJ Cruiser, a 1980 Toyota Land Cruiser and a 1990s Toyota Pickup Xtracab

Chance of being mass-produced: Would you bet against another Toyota small SUV, much less one like this with four-wheel drive to complement the new front-wheel-drive-only C-HR?

The New York International Auto Show has a reputation for luxury and performance debuts; New York is, after all, America’s top market for luxury car registrations, according to IHS Markit. But sure to be one of the hits at this year’s show is Toyota’s innovative subcompact SUV concept, the FT-4X.

For those who were hoping for a New York show concept harkening a return of the departed Toyota FJ Cruiser, this is not it — not close. Toyota says this ruggedly styled subcompact is aimed to suit urban-dwelling millennials (maybe it should debut in Brooklyn, not Manhattan) and their weekend adventures. We’re not talking the sort of treks calling for a Jeep Wrangler, but more like outings to the beach, a park or a campfire. Not hard-core, but “casualcore,” is the way Toyota describes this concept.

“We focused on how a crossover vehicle can add fun and value to casual adventures both in and out of the city, thinking about how someone would use it and what they would love to do with it,” said Kevin Hunter, president of Toyota’s Calty Design Research, where the FT-4X was conceived, in a statement.

With that in mind, designers have made ingenious use of space in the small package and loaded it with enough gadgets to be a rolling toolbox for millennial weekenders. In overall size, the concept is very close to the new 2018 Toyota C-HR subcompact SUV, with which it shares the same platform. The FT-4X has the same 103.9-inch wheelbase, is about 4 inches shorter, an inch wider and about 2 inches taller.

It amps up the design behind the already creative C-HR with a visual X-theme from every angle. The pinched side creates a convex X that bows out to the car’s widest point at the front door handles. The lines connecting the flared upper and lower corners of the front fenders meet at the oversize grille logo. The lines of the rear end create another convex X. To be sure, there are echoes here of the also-X-themed Jeep Renegade SUV — particularly in the pinched center — but the FT-4X goes its own way. It also includes some cues of its Toyota family heritage, with a grille panel and headlights that evoke a 1980 Land Cruiser or the FJ Cruiser. And the vertical rear “picture window” (driver’s side only) looks lifted from a 1990s Toyota Pickup Xtracab.

The devil, however, is in the design’s devilish details, including outside:

The gadgets and creative use of space continue inside:

Toyota gave no details for what would power this rolling Swiss army knife, other than to say “one could assume” it could have an efficient, “punchy” small-displacement four-cylinder driving the wheels through a mechanical four-wheel-drive system with low range that could make use of the FT-4X’s accommodating approach and departure angles.

Should Toyota build a version of this 4×4 subcompact concept to complement the front-wheel-drive C-HR, perhaps it will give it a powertrain that more lives up to its looks than Cars.com found is the case with the C-HR’s 2.0-liter four and continuously variable automatic transmission. 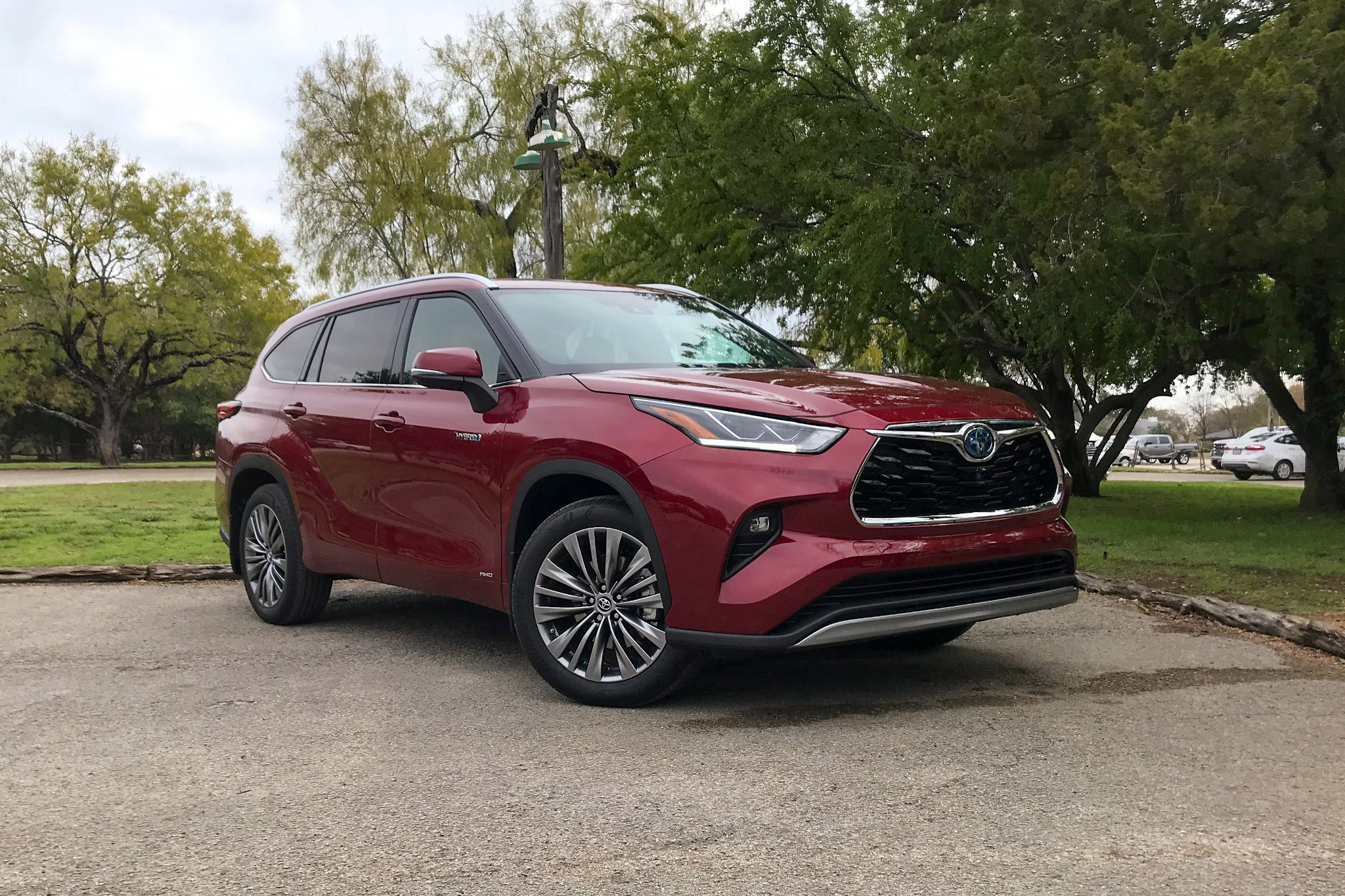 2020 Toyota Highlander: Everything You Need to Know 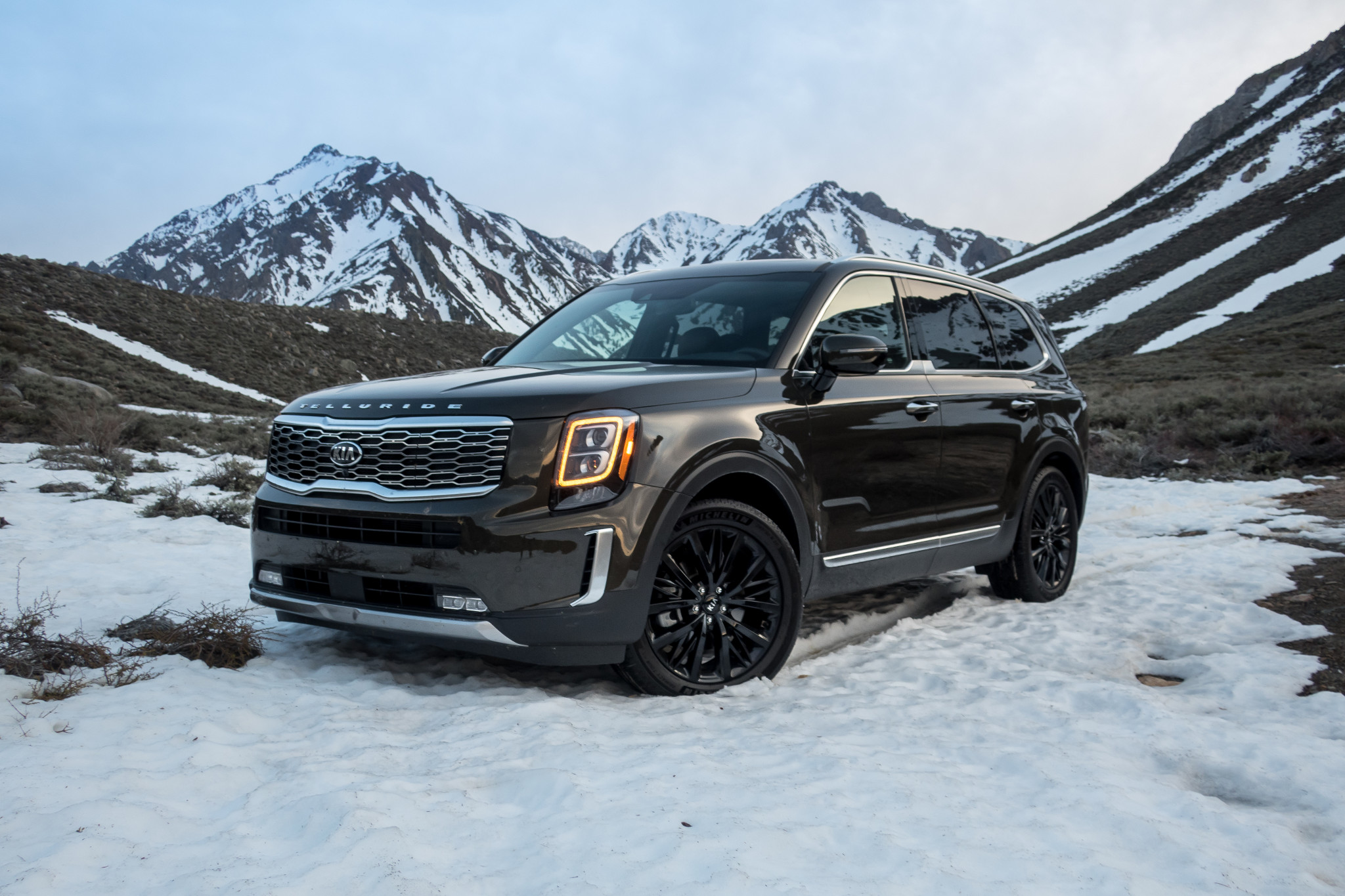