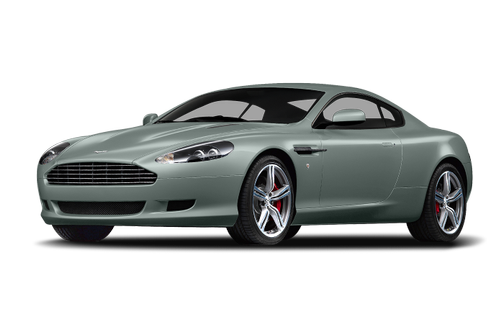 Our 2009 Aston Martin DB9 trim comparison will help you decide.

LOS ANGELES — So what would you do if Aston Martin offered you a few hours behind the wheel of the 2009 DB9 Volante?

Daniel Craig didn’t even get this car in his first James Bond movie. He was stuck with the hard top.

Here’s what would happen. You’d drop the top, call your brother in Burbank and go pick him up for 12 hours of cruising. That’s 60 minutes for each cylinder.

With your phone connected via Bluetooth, you’d call other journalists and casually work in the phrase DB9 as often as possible.

You’d drive down Sunset Strip and lean on the horn a little if people didn’t notice you enough.

You might even find yourself sitting in the full grain leather seats, whispering to yourself, “Aston frickin’ Martin.”

The smile won’t leave you, even after you turn the car back over to the British carmaker.

This car is the full package: Luxury, performance and more sophistication than a secret agent.

After taking the DB9 to the edge of California and watching the sun sink into the Pacific, I looked it over.

This car was created, not built. If God needed wheels, they’d be an Aston Martin DB9 convertible. (And His Holiness would call it a convertible, not a Volante.)

This car looks like someone took sheet metal and pulled it out like taffy and placed it on Bilstein shocks for good keeping. It’s wind swept with style. All of its lines move horizontally, exaggerating its fast and stable stance. Finally, a car with fender vents that look perfect.

The five-bar grille made of anodized aluminum across its big mouthed air intake stretches the width of the car. The double horizontally laid LED tail lamps have the same effect on the back end.

The elongated hood and projector beam xenon headlights pushing back from the bumper almost to the front wheels makes it look even more elegant.

But it’s the little details that sparkle on the DB9. The green behind the logo. The point on the fender vents that looks as if it’s going to poke a hole in the door when you open it. The body-colored door handles flush with body. It’s a perfectly balanced machine assembled by watchmakers.

And the performance responds with similar precision.

The 6-liter V-12 thunders with power, producing 470 horsepower and 443-pound-feet or torque.

There are two tones to the engine: A quiet rumble on mild highway driving. People see the car, but don’t really hear it. Then there’s this angry beast that awakens when you find the accelerator.

Along Mulholland Drive, I opened her up. My brother sounded like Keanu Reeves in the “Matrix” as the engine wailed and we pressed back into our bucket seats. “Whoaa.” The stiff frame — Aston Martin toughened up the car’s platform — and the four-wheel double wishbone independent suspension ate up the road. The ride was exact but not rough. The car’s traction control and electronic stability control kept us on the road instead of in a ditch.

We looked down and saw the lights of Los Angeles sparkling — we were in a movie of our own making.

The DB9 comes with two types of transmissions, a manual six-speed and my test vehicle had the six-speed automated manual, which uses paddle shifters mounted on the steering column. What a blast.

Handling tight corners with paddles shifters makes them even more fun. Double click to slow down and keep your car in the power curve. Hold it and blast out of the turn — it feels faster coming out than when you went in.

Cruising down some road with canyon in its name, we ended up in 90210 country. The DB9’s interior is nicer than many of the homes we passed.

It’s conservative and beautiful. There’s nothing ostentatious about it. You appreciate the curve of the die cast zinc center console moving down and the sparkle of the iridium silver finish. The push buttons on the dash to select the correct gear gives it an exotic feel while every thing smells of leather — even at 80 mph and the top’s down.

The car does come with a back seat, two small buckets that held my brief case nicely. I think that’s about all they could fit.

Then there’s the key. A bit of technology that starts the car. The fob is made of glass, polished stainless steel and plastic. Aston Martin calls it the Emotion Control Unit and it fits into this slot that requires that you press it to awake the DB9.

OK, this is a little ostentatious, but it’s still pretty cool.

Toss those keys down on the bar and people will notice.

And that’s really the point of driving this car. It may have an understated beauty to it, but it’s the kind of beauty people look at. Men, women, kids, dogs, they all stop and stare. They know it’s special, even if they don’t know exactly why.

You don’t have to know the difference between a carbon fiber driveshaft and a mine shaft to appreciate this machine.

When I arrived at my brother’s Burbank office, all of his coworkers were there. He had managed to work in the word DB9 in all of his conversations.

January 20, 2018
By Colin from Essex England
Owns this car

Best car I have ever had and I have had VW's and BMW's. The handling is superb and the sound of the V12 is unmistakable. Don't just take my word for it go test drive one!

BUY ONE IF YOU CAN

The car just goes and goes.. i get stopped at every light from people who remark how nice the car is... all i can hear is "look at that Aston Martin" the car is in a leauge of its own. i have owned Jaguars/Bentleys/BMW but this is the cream of the cropp.

You will love this car

April 18, 2017
By Carlover from Carrollton
Owns this car

Power with responsive handling. Everything you want in a sports car, plus Elegance and class. This car will put you on a real driving experience. 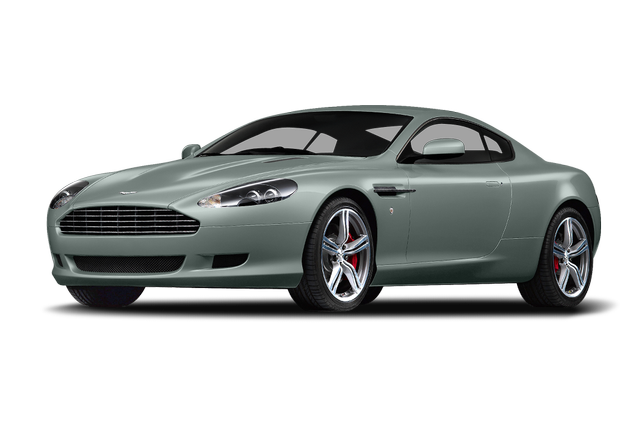 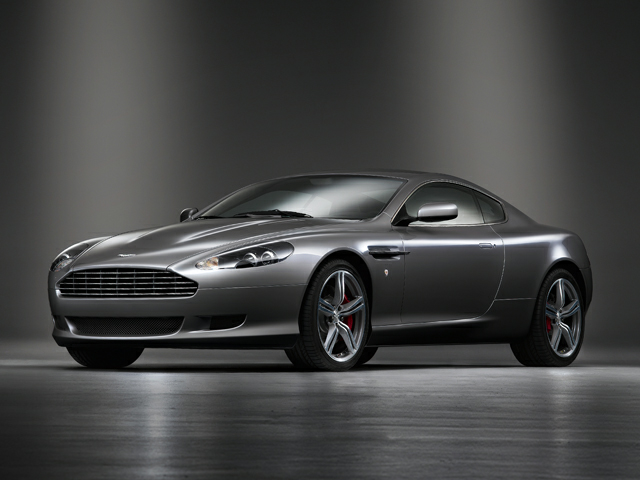 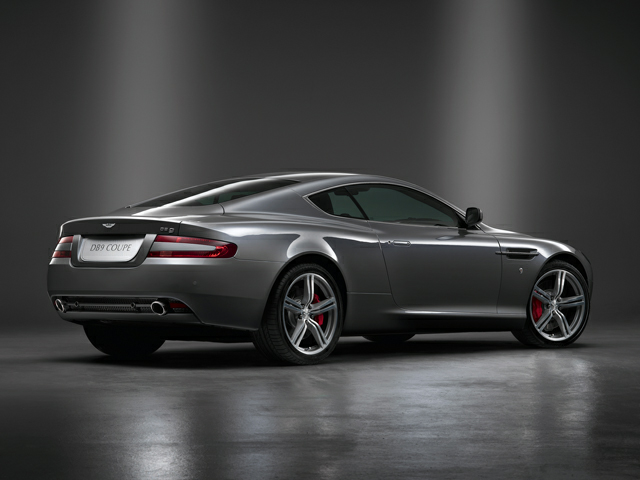 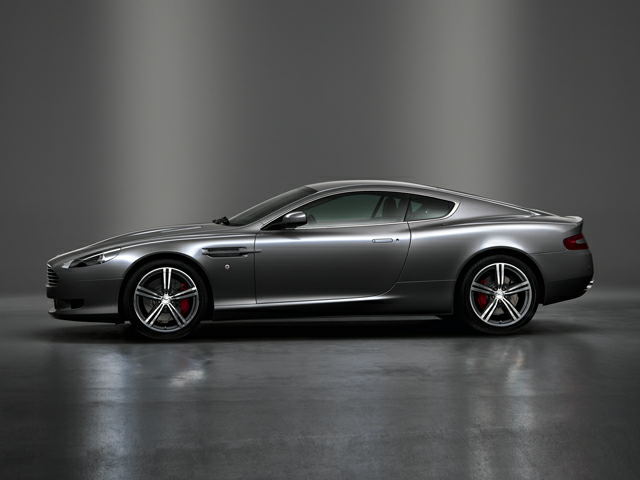 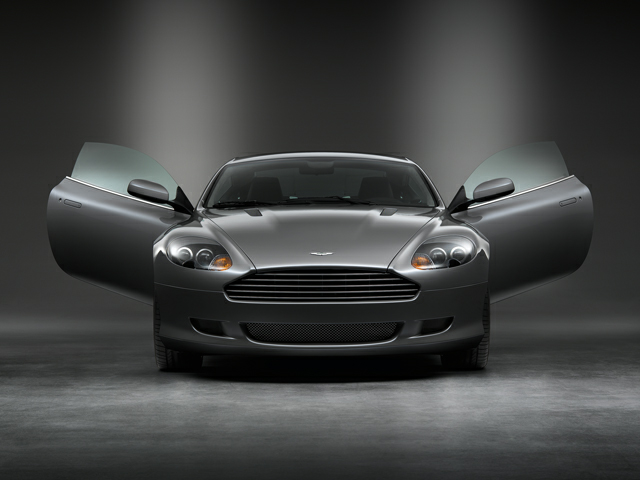 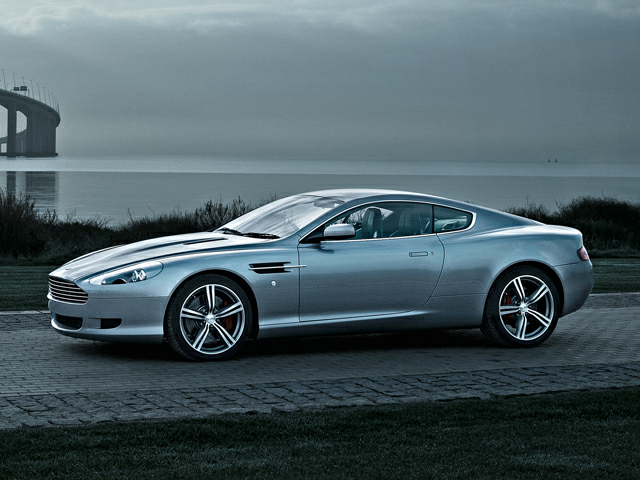 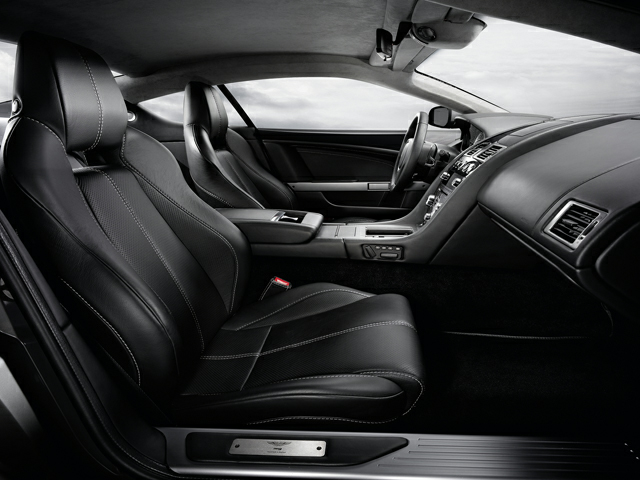 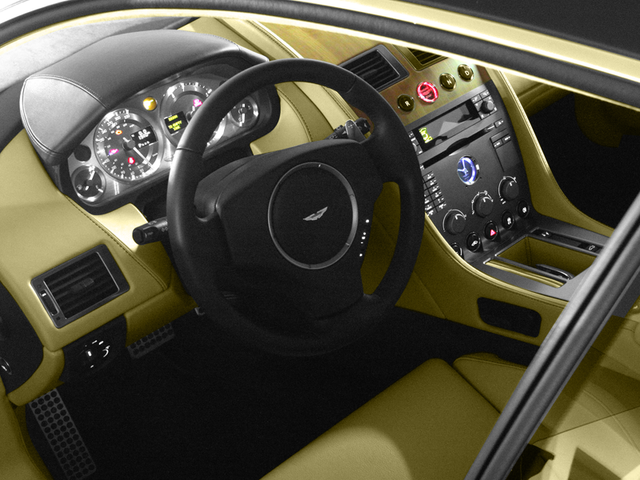 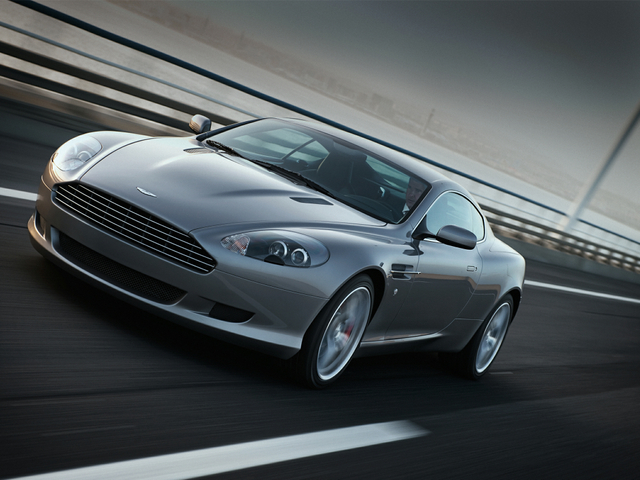 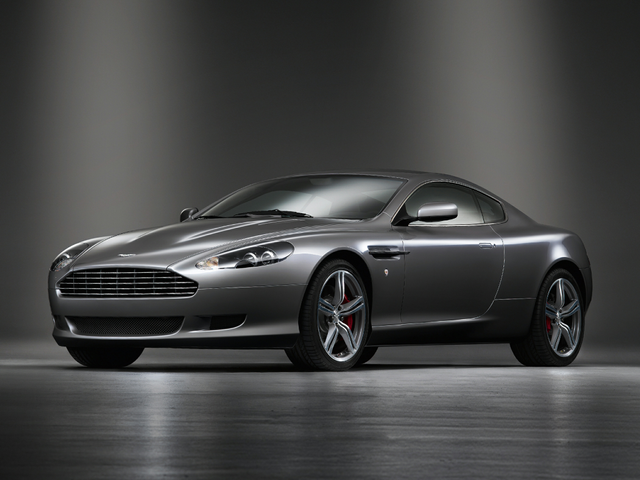 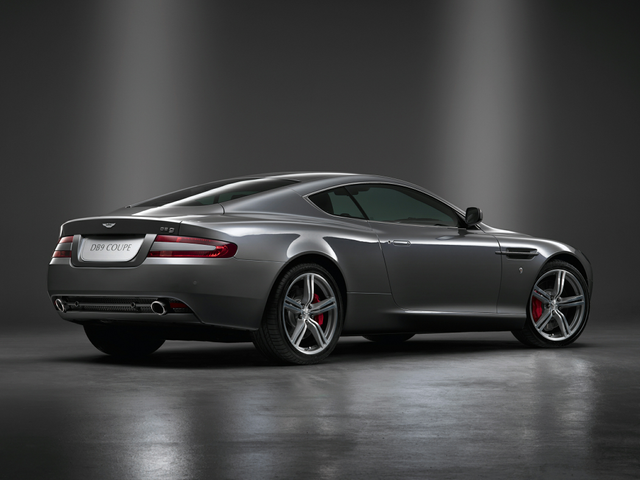 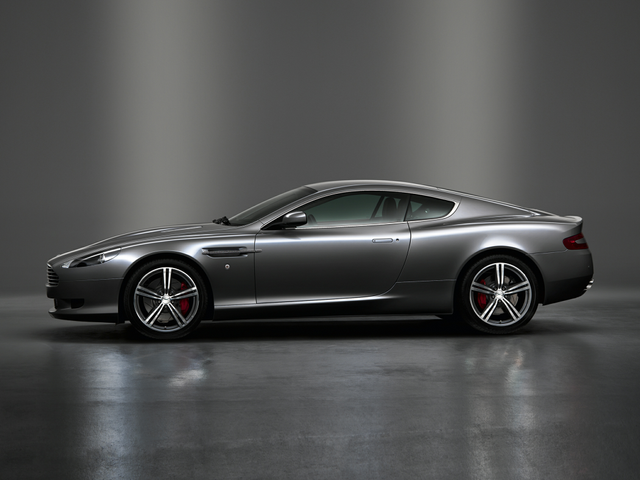 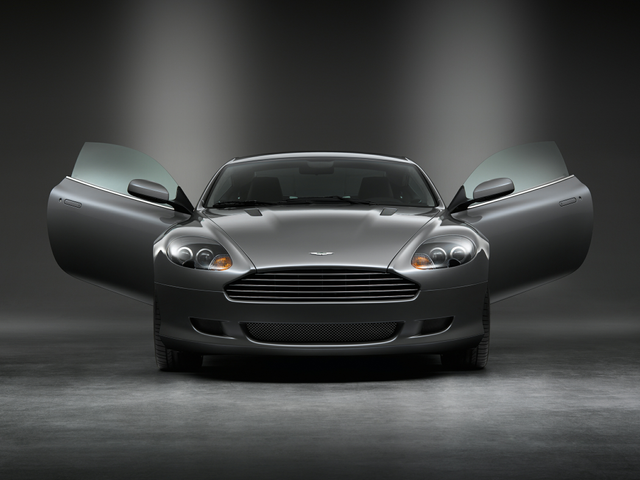 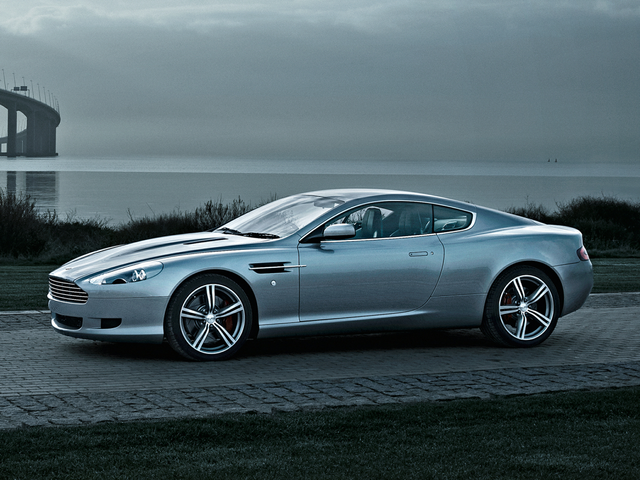 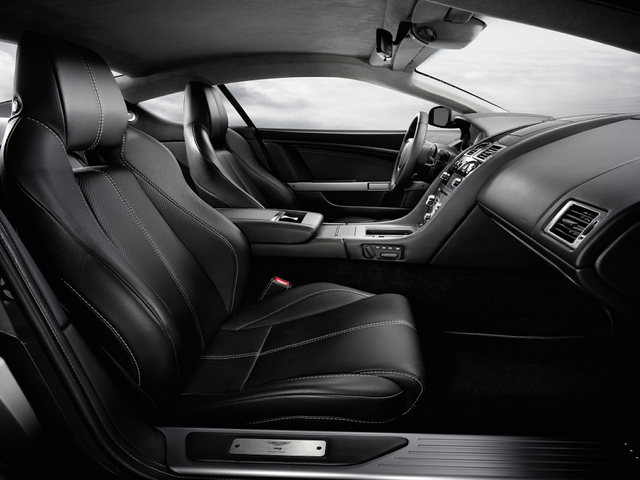