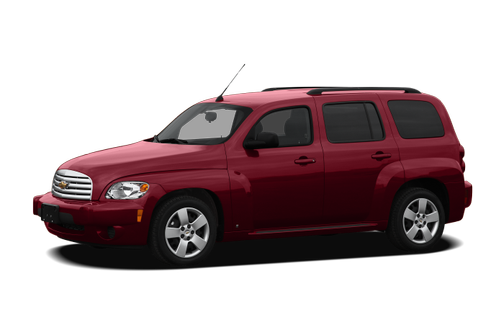 Our 2008 Chevrolet HHR trim comparison will help you decide.

The engineers and designers responsible for muscle cars like the Chevrolet Chevelle SS and Camaro SS must be shaking their heads, but that really is an SS badge on the side of Chevrolet’s HHR compact wagon. It just goes to show that performance can come in all sorts of shapes — in this case with a turbocharged four-cylinder under the hood.

In today’s environment of supercharged energy markets that have led to record gas prices, this new interpretation of Chevrolet’s fabled Super Sport badge definitely has its advantages: The manual transmission HHR SS gets an EPA-estimated 21/29 mpg city/highway, which is comparable to regular HHRs with a manual. What’s more, this version of the HHR is actually kind of fun to drive, though it’s not without some significant visibility and interior quality issues.

Styling
If you’re into small, boxy vehicles, the HHR SS is a stylish one from many angles. It’s as if Chevrolet mused, “What would Dick Tracy drive?” and designed accordingly. Helping its cause are a number of SS-specific cues, like a black mesh grille that replaces the horizontal silver bars on regular HHRs. SS models also have a large lower mesh grille, a liftgate spoiler, large rocker panels and 18-inch alloy wheels (see a side-by-side comparison with the 2008 HHR LT).

Turbocharged Performance
The SS trim level is new for 2008, and the enhanced performance it offers significantly changes the HHR experience, transforming it from a run-of-the-mill economy car into a vehicle capable of satisfying enthusiasts of small cars with small-displacement engines.

At the foundation of the HHR SS is a 260-horsepower, turbocharged 2.0-liter four-cylinder (250 hp with the optional four-speed automatic). This engine pulls the HHR SS with satisfying strength, and Chevrolet cites a zero-to-60-mph time of 6.3 seconds.

Unlike the Mazdaspeed3, the HHR SS’ four-cylinder doesn’t exhibit the abrupt sensation of the turbocharger kicking in, but that’s part of what makes the Mazda a hoot to drive. Not everyone likes that kind of on-off power delivery, though, and if you don’t, then the HHR SS’ more linear response might be more appealing to you.

The HHR SS’ turbocharged four-cylinder is also a jukebox of engine sounds. Whether it’s humming when you accelerate, whirring as the turbocharger spools up or hissing when you take your foot off the gas, the engine always has something to say.

The engine drives the front wheels through a standard five-speed manual transmission. The shifter requires a deliberate hand to change gears and doesn’t move with much slickness, but it can be shifted quickly if you’re willing to muscle it through the gears. It’s more similar to the six-speed manual in Dodge’s Caliber SRT4 than the smooth-shifting manual in the Mazdaspeed3. The HHR SS’ clutch pedal, however, has a relatively light action and is easy on your left leg.

Ride & Handling
The work done to the HHR SS’ suspension nicely complements its drivetrain. The sport suspension provides a surprisingly compliant ride; it’s definitely on the firm side, but thankfully lacks the harshness you might expect from a performance-oriented car.

With this comfortable suspension tuning comes noticeable body roll in corners. However, it’s not enough to keep you from pushing the HHR SS hard through a turn if that’s what you want to do. The electric power steering contributes to the experience, delivering quick responses, though road feel is limited. The thick leather-covered steering wheel fits nicely in your hands.

The Inside
Even though the HHR SS starts at $22,925, it’s related to a car with a starting price of $16,730, and that low price unfortunately shows in elements of the cabin. I noticed imperfect panel fit around the driver’s-side windshield pillar and roughly finished, loose trim on the driver’s door armrest. The HHR’s dashboard also has one of the most highly grained surfaces I’ve seen. It’s almost as if Chevrolet took complaints about the interiors of past cars and overcompensated on the HHR’s dash.

The driver and front passenger have a chair-height seating position, and the sport seats in the HHR SS offer good comfort with modest side bolstering. All in all, it makes for a pretty nice driving position, but I wish the HHR had a telescoping steering column so I could pull the wheel closer to me (with the seat adjusted for my 6-foot, 1-inch height, I found myself reaching forward for the wheel more than I would have liked).

Something HHR drivers battle that isn’t an issue in many other cars is forward visibility. This wagon’s unique shape dictates a relatively short windshield, which in turn leads to windshield pillars — which are wide to begin with — that get in the way when checking for cross traffic or pedestrians. Rear- and over-shoulder visibility, however, is good.

Backseat comfort is only marginal. The bench seat’s bottom and backrest cushions are hard and the space is legroom-challenged; my knees pressed into the hard plastic seatback.

Cargo
Considering its small exterior size, the HHR SS can swallow quite a bit of cargo. My wife and I loaded all our gear for a weekend of camping — tent, sleeping bags, camping chairs, cooler, etc. — into the back of the HHR with the backseat folded down, and there was still a little room to spare. The folding backseat is split, which lets you extend the cargo area and still carry a passenger in back. It uses a fairly sophisticated design; as you flip the backrest forward, the bottom cushion also slides forward in a single step. The result is a flat floor when the backseat is down.

The HHR SS comes with a cargo net for securing small items. It’s not hard to load large items like a cooler into the back of the HHR thanks to its low bumper, but tall people should beware the liftgate when it’s up — you could easily bonk your head on it if you’re not careful.

Safety
As of publication, the HHR hasn’t been crash-tested by the Insurance Institute for Highway Safety. Standard SS safety features include antilock brakes and an electronic stability system. Side curtain airbags are optional.

HHR SS in the Market
The HHR SS is part of a growing breed of multitasking performance cars that include aforementioned models like the Caliber SRT4 and Mazdaspeed3 and feature serious power in practical hatchback and wagon body styles. Chevrolet’s managed this convergence of small-car performance with functionality fairly well, producing in the HHR SS an entertaining small wagon that can carry a lot of gear when necessary.

These three models start around $23,000, so if you’re looking for a multitasking car at a lower price, the Scion xB starts at $15,650. It doesn’t offer the turbocharged power of the others, but it still has an entertaining driving experience, offers quite a bit of cargo room and has a more comfortable backseat than the HHR SS. Plus, its lower price leaves a lot of extra money for trips to the gas station, which is more important than ever these days.

Most powerful engine General Motors has yet to bui

May 27, 2021
By Big Block Knock off from Kingsport TN
Owns this car

I've owned a luxury sports car as well as custom built good ol American Muscle cars and I have to say this little 2.0 liter turbo car is the epitome of technology and engineering of one of the Greatest car manufacturers ever!

I love the uses I get out of my HHR

I have moved between states and had lots of room for immediate necessities. It may look small but the interior has so much room. Front passenger seat folds flat so I can ever carry ladders and lumber when needed. It is not comfortable for tall or large people but I'm ok with that.

Rating breakdown (out of 5):
8 people out of 8 found this review helpful. Did you?
Show full review
4.0

September 13, 2020
By Jakewh from North Charleston
Owns this car

Grandparents bought the Chevy HHR LS panel brand new in 2008 and I just changed it into my name being my grandma gave it to me for work. I love the quirks it has and I'm able to drive from the middle of it to deliver mail. I've had a few customers that I deliver on their route that have complimented the looks of it.

Rating breakdown (out of 5):
2 people out of 2 found this review helpful. Did you?
Show full review
See all 61 consumer reviews

All model years for the Chevrolet HHR 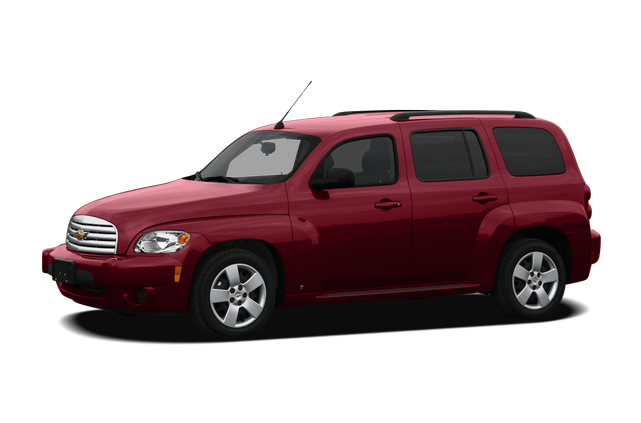 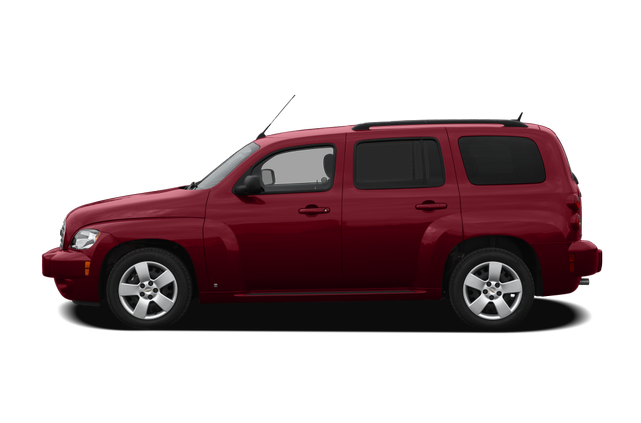 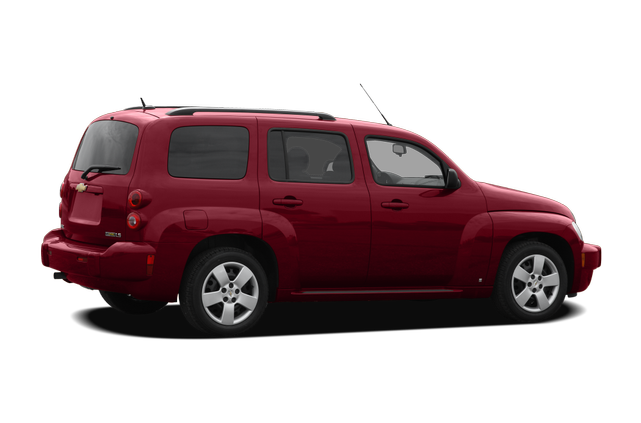 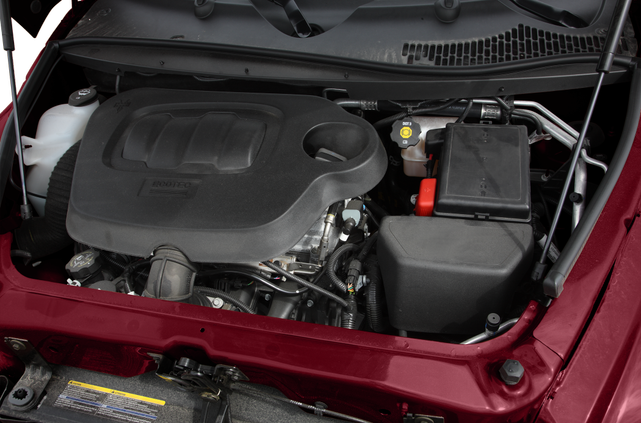 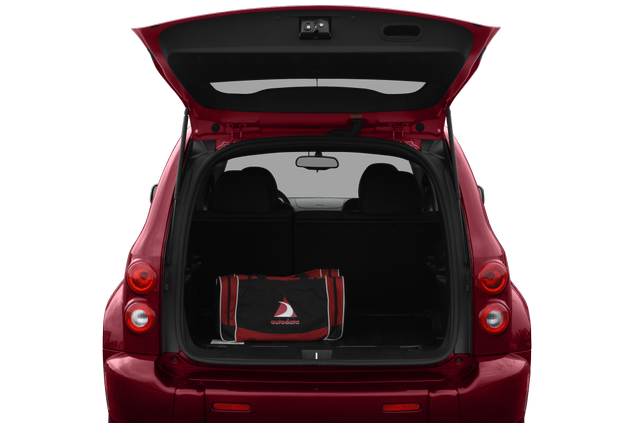 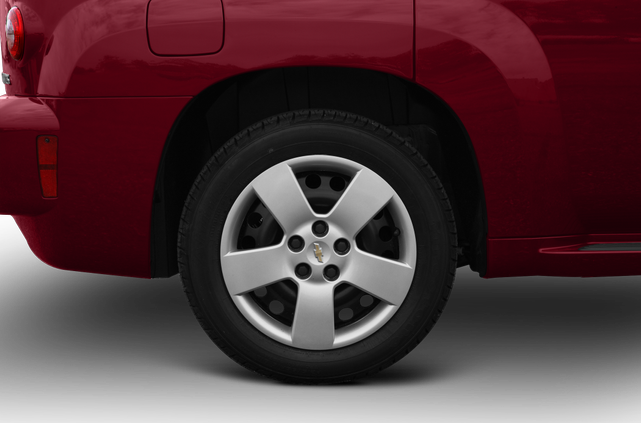 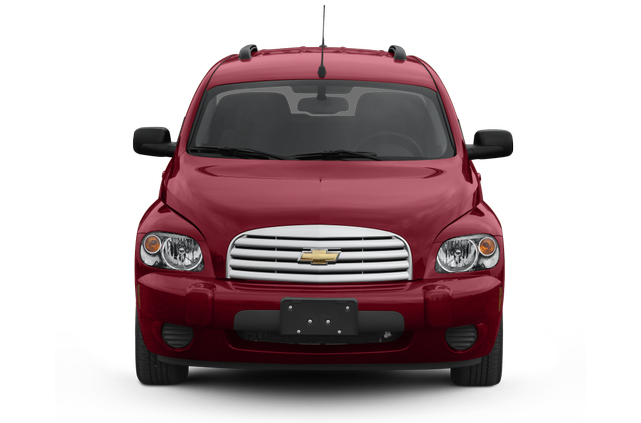 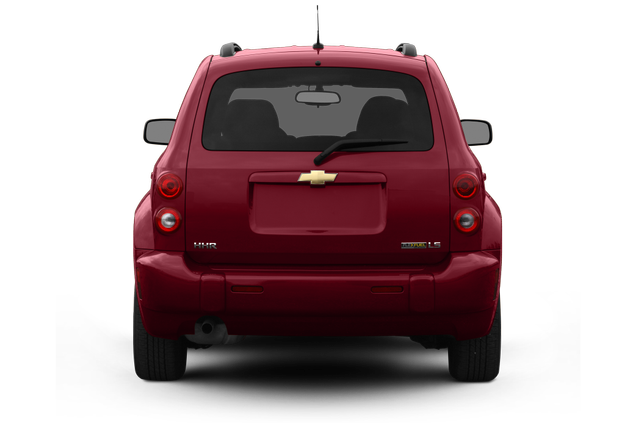 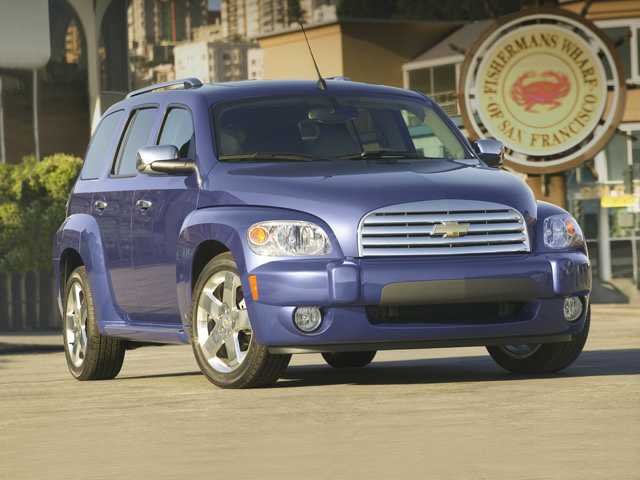 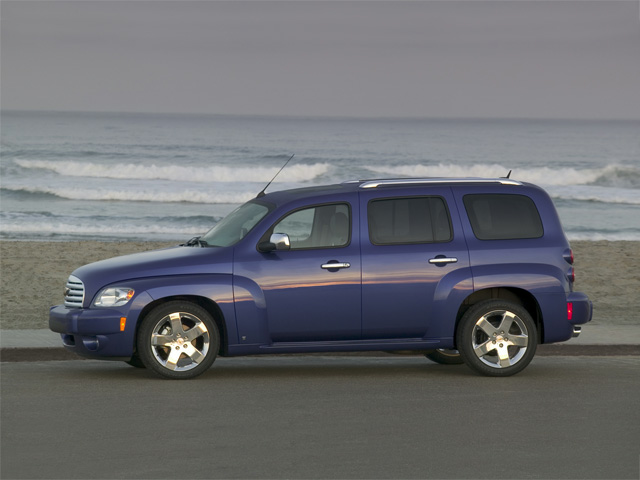 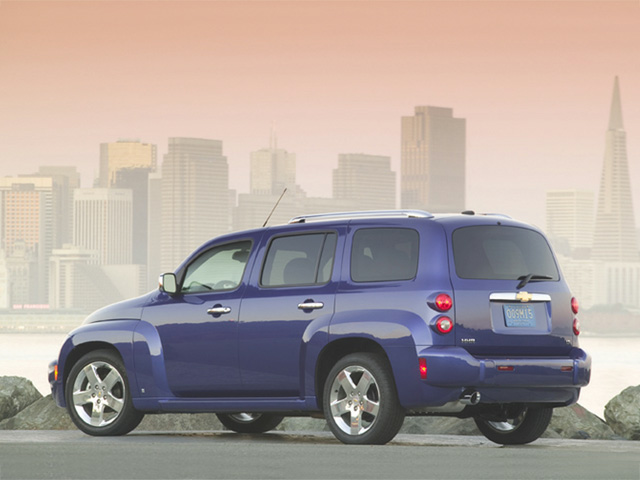 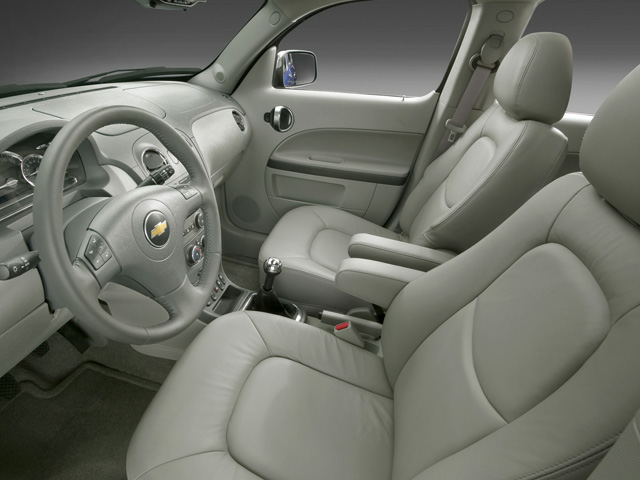 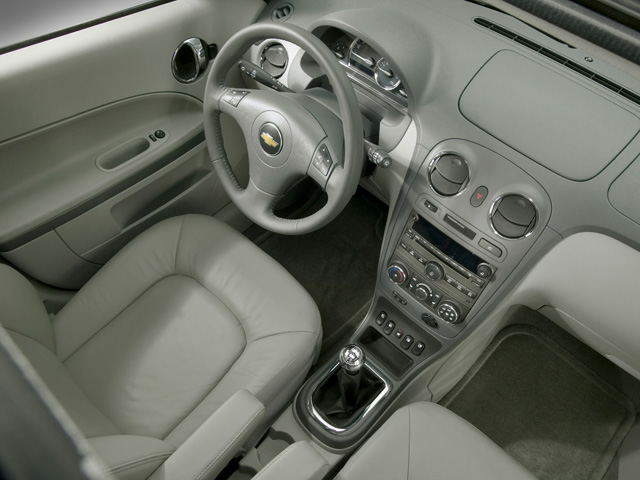 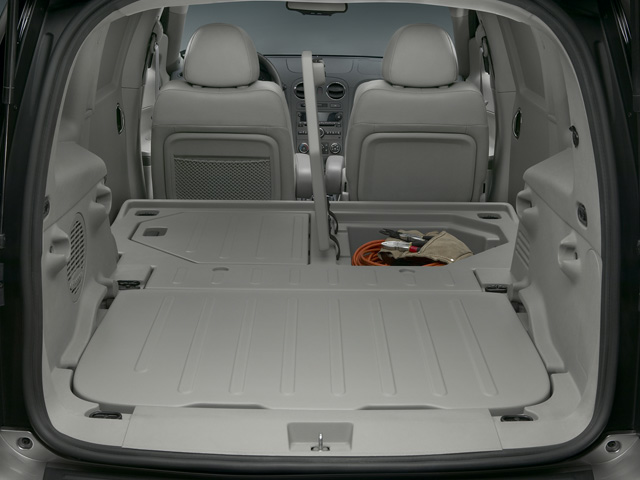 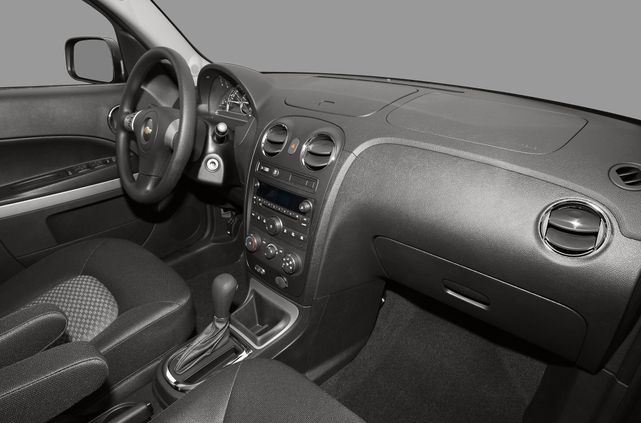 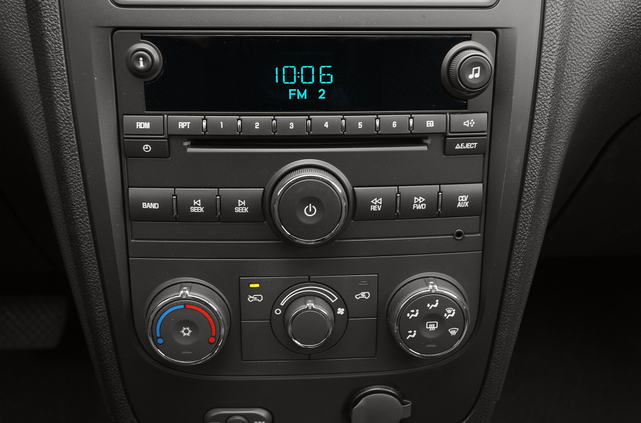 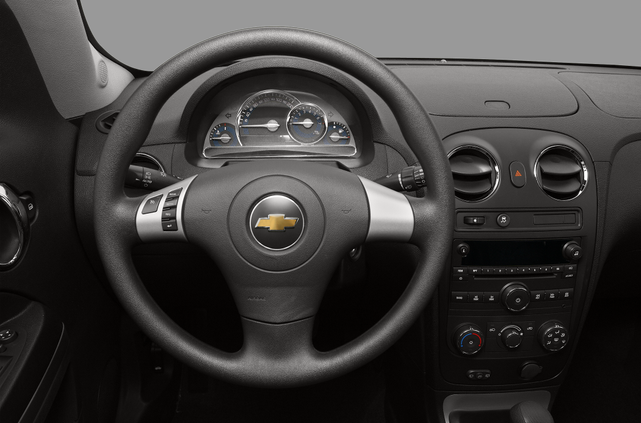 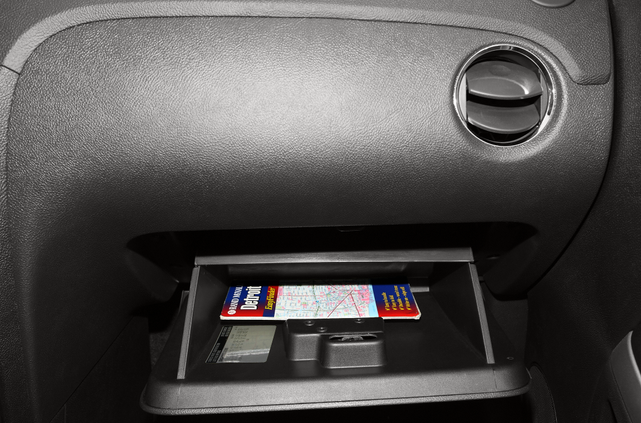 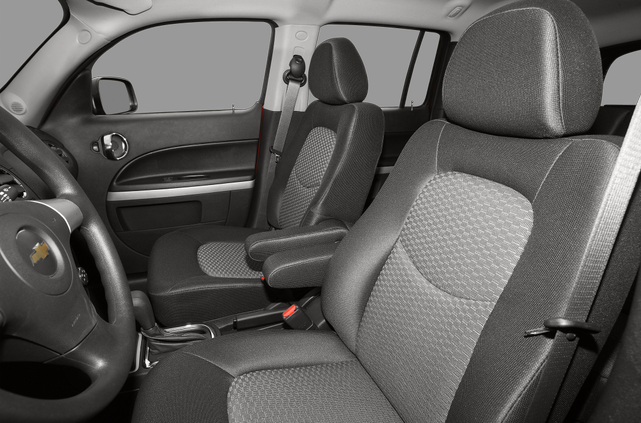 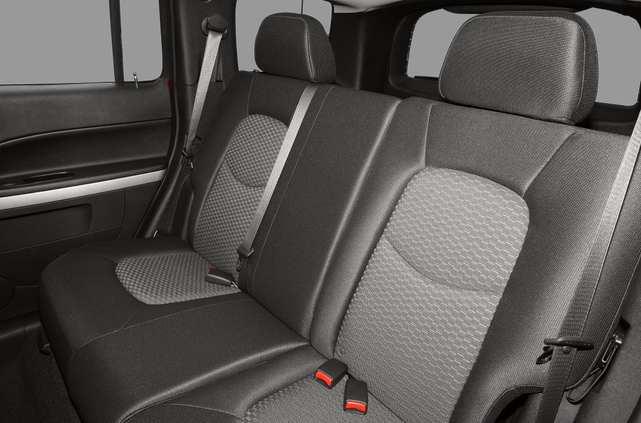 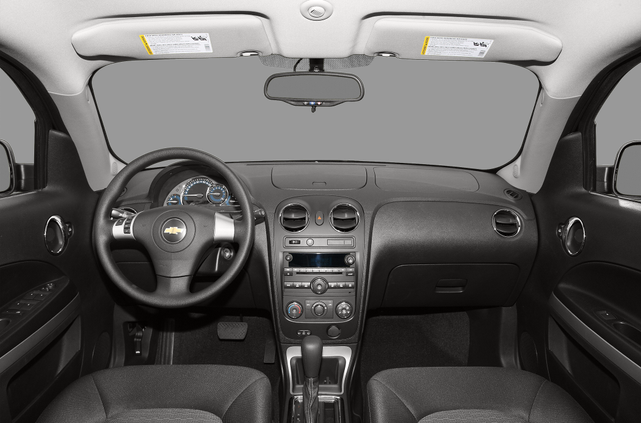 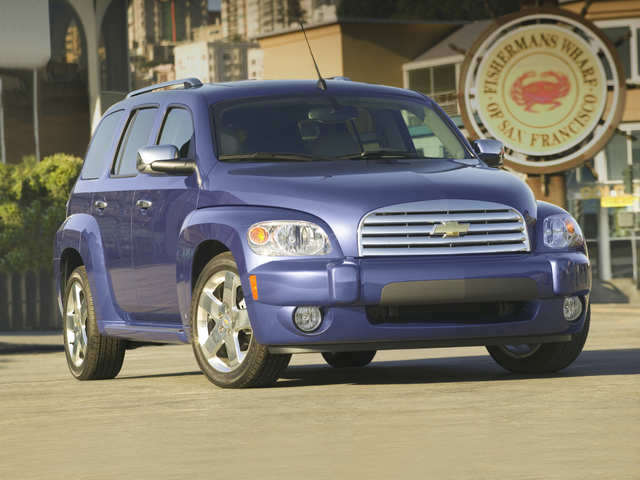 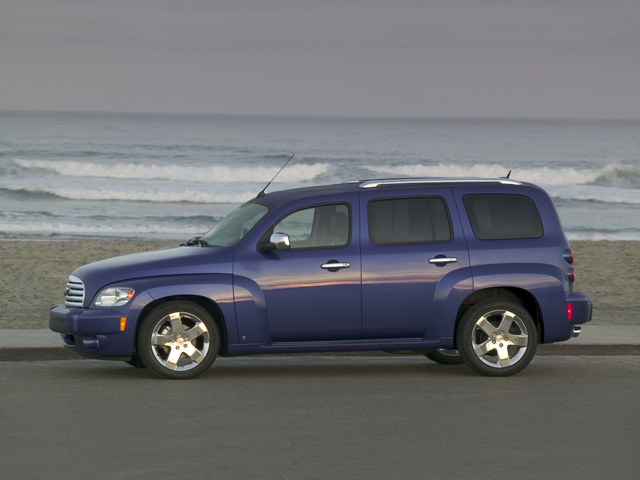 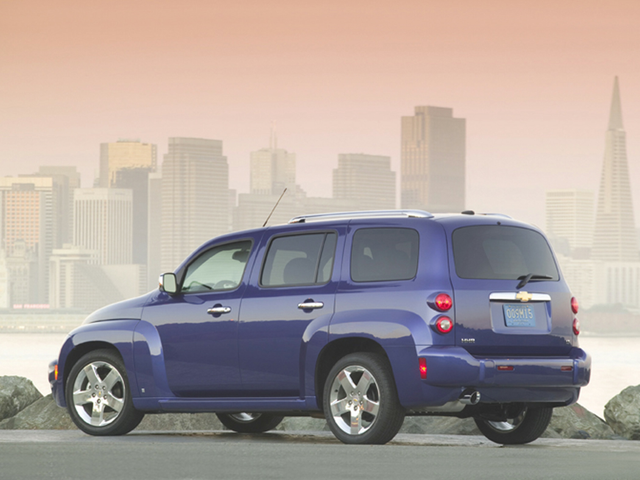 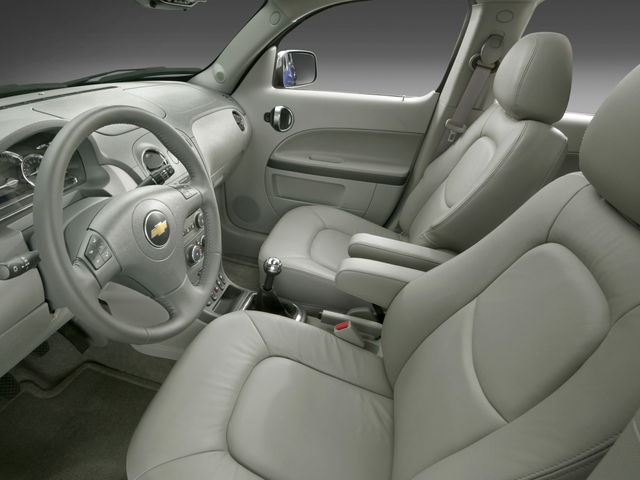 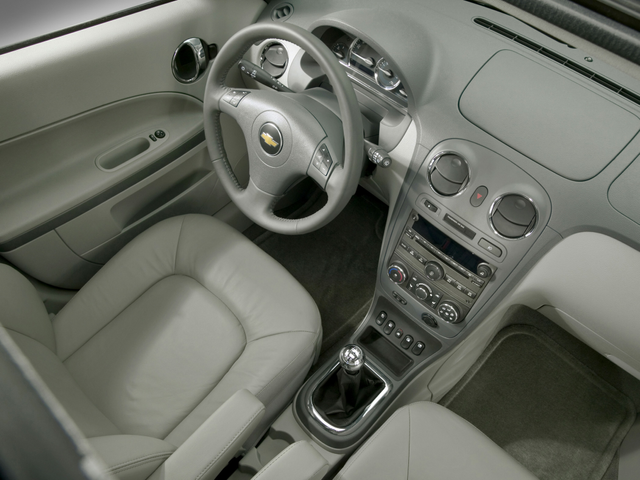 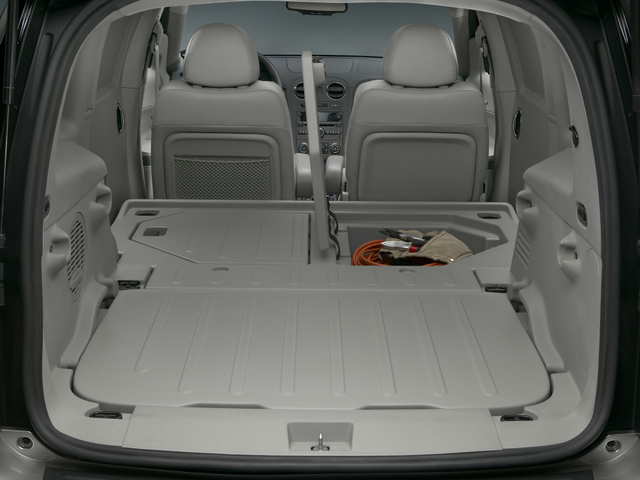