Our 1998 Chevrolet Malibu trim comparison will help you decide.

Chevrolet’s new Malibu sedan, just a year and a half out of the box, has proved to be a worthy competitor to the midsize Japanese sedans Americans love so much.

It has also proved itself worthy of the Malibu name, one baby boomers remember fondly as one of the great Chevy sedans of the ’70s.

That success comes while most midsize-sedan buyers view American auto manufacturing with a wary eye, being firmly convinced the Japanese have a knack for quality and dependability U.S. automakers can’t match.

Anyone who still believes that hasn’t taken the time to check out the 1998 Malibu, which is arguably just as good as a Honda Accord, Toyota Camry or Nissan Altima, but in most cases is less expensive.

When imports began flooding U.S. shores, their biggest selling point was an acceptable vehicle at a low price. But the tables have turned; U.S. automakers have to offer many of their vehicles at prices below the Japanese competitors’ to attract buyers.

With the Malibu, at least, that doesn’t mean that quality has to suffer. It doesn’t, even though the Malibu is $3,058 less expensive than a comparably equipped Camry, $2,340 less than an Accord and $988 less than an Altima.

It’s the best value in the midsize sedan class not just because of price but also because of quality, functionality, style and reliability — the very qualities Americans have looked to imports to find.

With a base price of $15,670 plus $525 transportation, the Malibu offers a list of standard features that wipes out the Japanese competition, beginning with a four-speed automatic transmission. That’s an $800 option on Camry, Accord and Altima.

All four of those vehicles come with a four-cylinder as the base engine, and even there, the Malibu matches or exceeds the competition in power. Malibu’s 2.4-liter double-overhead-cam engine cranks out 150 horsepower, the same as the Accord and Altima and 17 horsepower ahead of the Camry.

For $495, the Malibu can be upgraded to the 3.1-liter V-6 engine, which has the same horsepower rating but increases torque from 155 foot pounds to 180.

Driving the Malibu is a pleasure. Our test car came with the V-6, which I found to be responsive and more than adequate for passing and freeway merging. On two-lane country roads, the Malibu handled more like a sports coupe than a sedan, with crisp steering response and a minimum of body roll on curves.

One of the most impressive features was just how quiet the passenger compartment was even at freeway speeds. It was just as quiet as most high-dollar luxury cars, and much more quiet than most of its competitors.

The Malibu also tops the Japanese competition in passenger and trunk space. It has a roomier passenger compartment than all of its competitors except the Ford Taurus, and it has the largest trunk in the class: 16 cubic feet. Accord has 13 cubic feet, Altima 14 and Camry 14.1.

Four-wheel antilock brakes are standard on the Malibu, but optional on most competitors, a significant safety advantage.

The Malibu comes in two versions: the base model and the LS. Our test vehicle was the base model with a few options, including a preferred-equipment package ($1,100) that adds power windows and door locks, power outside mirrors, remote keyless entry and cruise control.

All Chevys come with a three-year, 36,000-mile warranty that includes courtesy transportation and 24-hour roadside assistance.

EPA fuel economy for our V-6 model is 20 miles per gallon in the city and 29 on the highway; for the four-cylinder model, those figures improve to 23 city/32 highway. The fuel tank holds 15 gallons.

Price as tested: $18,615, including transportation.

Really good car for the money.

Love the Malibu. Even 20 years later.

Bought the Malibu in late '99. Never had a major problem. Just regular maintenance. Had all of the gaskets replaced in '2012 due to minor oil leak. Went through 3 other cars in the same time period. A 2000 Impala, a 2010 pickup and we now have a 2013 Prius. The gas mpg doesn't quite match the Prius, but it still gets 21 mpg.

This car met all my needs very fun to drive. Great car for the summer. It’s a great car for cruising with your family and friends. The year is 1978. 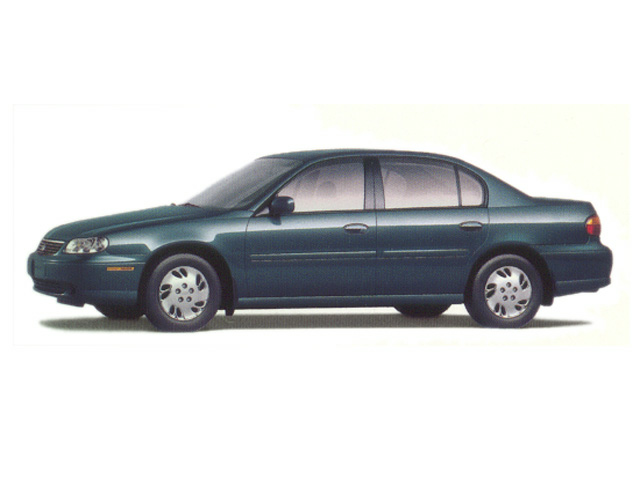 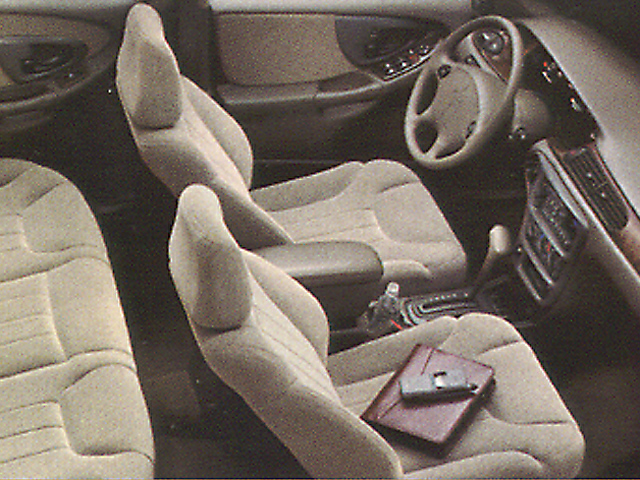