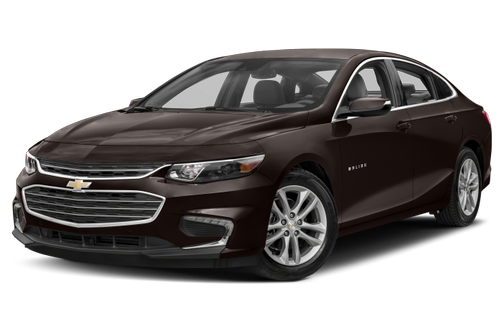 Our 2016 Chevrolet Malibu Hybrid trim comparison will help you decide.

The Verdict: The 2016 Chevrolet Malibu Hybrid delivers the impressive fuel economy of a hybrid without the eccentric styling and quirky road manners many are known for.

Versus the competition: Competitive mileage, natural-feeling brakes and smooth engine stop-starts make the Malibu Hybrid one of the strongest in the midsize sedan class, but you’ll pay a premium for those perks.

The Malibu Hybrid is new for 2016 and is the first true hybrid in the Malibu lineup (Chevrolet discontinued an underwhelming mild hybrid variant in 2009). The Malibu Hybrid competes against the Honda Accord Hybrid, Hyundai Sonata Hybrid and Ford Fusion Hybrid; compare all four models here.
Exterior & Styling
The Malibu’s 2016 redesign gave it a polished, classy look overall, distinguishing it in a class of cars that look a lot alike. Aside from some discreet badges, the Malibu Hybrid mirrors the regular model, which I review here. The sedan lacks the wedgy silhouette and sharp angles of other hybrids, such as the Toyota Prius — a plus for those who don’t want to wear their green hearts on their sleeves.
How It Drives
Many of the Malibu’s hybrid drivetrain components are borrowed from the second-generation Volt, so it’s no surprise that the system is well done. Power comes from the combination of a 1.8-liter engine, two electric motors and a 1.5-kilowatt-hour lithium-ion battery. Torque response is strong from a stop, making for surprising pep. Midrange power on the highway is ample and delivery is prompt and smooth. The brakes exhibit little of the telltale hang-ups of other regenerative braking systems, notably the Volt’s; the pedal has a natural action and braking is linear for an ordinary, un-hybrid-like feel.

The Malibu Hybrid can travel up to around 55 mph on battery power alone. When the gas engine kicks on, the transition is seamless, with very little shudder. There’s an unrefined-sounding, gravelly engine note initially, but it’s not obtrusive.

The Malibu comes out ahead of most other hybrid sedans in EPA-estimated mileage. It’s rated 47/46/46 mpg city/highway/combined — up significantly from the base, non-hybrid model’s 27/37/31 mpg. It also bests the Sonata Hybrid (38/43/40 mpg) and Fusion Hybrid (43/41/42 mpg), but doesn’t quite match the Accord Hybrid’s fuel economy (49/47/48 mpg).
Interior
The Malibu Hybrid’s cabin design and materials are similar to the regular model’s, with plenty of cushy, padded-plastic touch-points. Stitching and perforation on the dash, as well as satin-finish chrome trim, add pops of refinement. Showy swatches of patterned upholstery lining the dash, however, are a mistake; they already look dated. Leather is optional and it gives the cabin a much more modern, upscale vibe.

The hybrid matches the regular model’s generous backseat headroom and legroom; even adults will have enough space. The Malibu Hybrid has 38.1 inches of rear legroom, much more than the Sonata (35.6) and Accord (33.7) but not quite as much as the Fusion (38.3). Rear headroom is also competitive. With 37.5 inches of space, the Malibu beats the Accord (37.2) but doesn’t quite match the Sonata (38) or the Fusion (37.8).
Ergonomics & Electronics
Aside from some extra information in the gauge cluster regarding battery level, the controls mirror the non-hybrid Malibu’s setup. The MyLink multimedia system is delightful, with a straightforward menu structure and a large, clear screen high on the dash. It sits above sizable radio-tuning buttons and a volume dial. A 7-inch touch-screen is standard; the car I drove had the optional 8-inch screen.

Apple CarPlay and Android Auto smartphone integration systems are standard and, although my previous experiences with Android Auto have been seamless, the setup in the Malibu Hybrid was glitchy. After connecting my phone via the USB cord, the Android Auto app launched and I was able to load Google Maps and start navigation. After a few minutes, however, the system disengaged and I couldn’t get it to reconnect despite unplugging my phone and turning the car off and on. I had better luck with a different cord, though my original cord worked just fine to charge the phone. Other editors experienced similar bugs with both Android Auto and Apple CarPlay.

Adding to the oddity factor were two quirks that annoyed on each of my drives: The Malibu lacks an internal trunk release button (you have to use the fob) and a max air-conditioning button (crank the dials).
Cargo & Storage
Small-item storage is good thanks to a deep center console, but the battery is mounted in the trunk and it takes up a lot of space. There’s just 11.6 cubic feet of room in the trunk, down from the regular model’s 15.8. Competitors offer more — and in the case of the Accord (13.7), much more.

The backseat folds, opening up more space for cargo, but the opening between the trunk and cabin is oddly shaped because of the battery’s placement. There isn’t a continuous cargo floor.
Safety
The 2016 Chevrolet Malibu earned top crash-test scores from both the Insurance Institute for Highway Safety and the National Highway Traffic Safety Administration.

A backup camera is standard on the Malibu Hybrid and an impressive array of active safety features is optional, including a low-speed forward automatic emergency braking system that detects pedestrians as well as cars. Other available safety equipment includes adaptive cruise control, automatic parking assist and an excellent Lane Keep Assist system. The latter gently but firmly nudges you back into your lane if it senses wandering. It’s subtle but effective, and it’s less annoying than more reactive systems we’ve experienced. Click here for a full list of safety features.

One innovative feature all 2016 Malibus offer is GM’s new Teen Driver system, which allows parents to view their kids’ driving habits on the multimedia screen. (NHTSA reports car crashes are the top cause of death for teens.) Speed, distance and which safety systems were activated during the trip are displayed. Parents can also set a maximum speed limit with a corresponding audible warning when it’s exceeded, as well as set the audio system to mute until seat belts are fastened.

Unlike similar systems from Ford and Hyundai, it does not set location boundaries, a feature called geofencing. Another shortcoming is an inability to view driving stats anywhere other than on the car’s multimedia screen.
Value in Its Class
Pricing is steep: The 2016 Chevrolet Malibu Hybrid starts at $28,645 including destination charges. That’s higher than the Sonata Hybrid ($26,835) and Fusion Hybrid ($26,550) but less than the Accord Hybrid ($30,440). It’s also much higher than a base, non-hybrid Malibu ($22,500), though the hybrid is better equipped: A backup camera, 7-inch touch-screen multimedia system, dual-zone automatic climate control and LED daytime running lights are all standard. In this era of cheap gas, however, it’ll take a while to recoup the hybrid model’s price premium.

Shoppers put off by the look-at-me styling of more traditional hybrids like the Toyota Prius should consider the Malibu Hybrid. It doesn’t quite match the Prius in terms of fuel efficiency, but it delivers a much more comfortable driving experience than many other hybrids — as well as classy, more sedate looks to match.

By far this Malibu is most unreliable vehicle ever

March 21, 2022
By Michael C from Lillington NC
Owns this car

My 2016 Malibu is on its 3rd Transmission in less than one year. A total of three dealers have attempted to repair this vehicle. It is currently sitting at a dealership now waiting for so called parts. Not one of those so called certified mechanic can figure out what is causing the transmission to grind out only after driving 150 miles or so. This problem started in July 2021 and my car is currently sitting in another chevy dealer in Sanford for the second time in less than a week after they so called repaired it.

I bought my car used( it was about a year old.) Very sleek and classy exterior design and good interior design. Infotainment system is easy to use. I get a little over 600 miles to a tank in the Summer, it drops a bit in the winter but that’s to be expected. Also had a smooth ride. The only drawbacks for me are that the engine is slightly noisier than its full gas counterpart and I have had issues with the braking system. I really love my car, though!

November 3, 2020
By Hybrid fan from Canajoharie, NY
Owns this car

Plenty of room and you can't beat the gas mileage at 44/48 MPG. I can't understand why they stopped making this model because I would certainly buy another. Accelerates well. Comfortable seating and a Bose stereo tops it off. Love this car.

All model years for the Chevrolet Malibu Hybrid 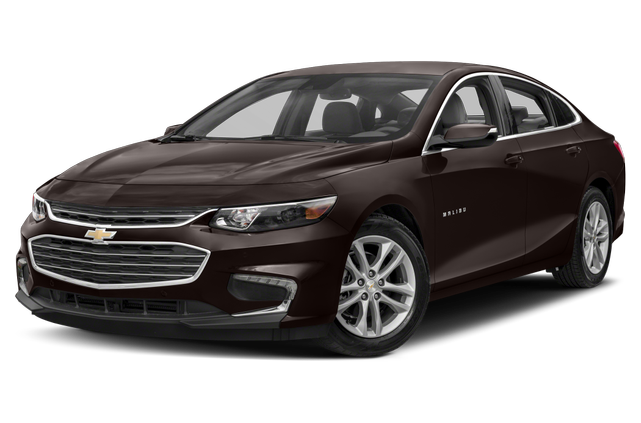 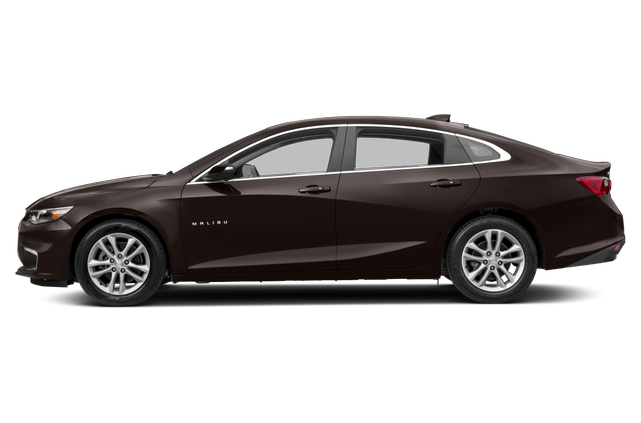 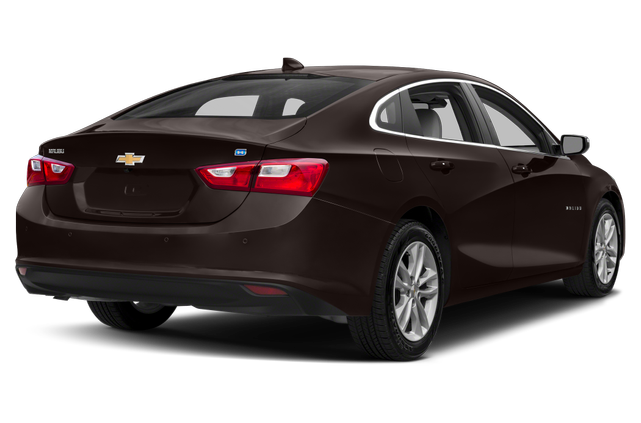 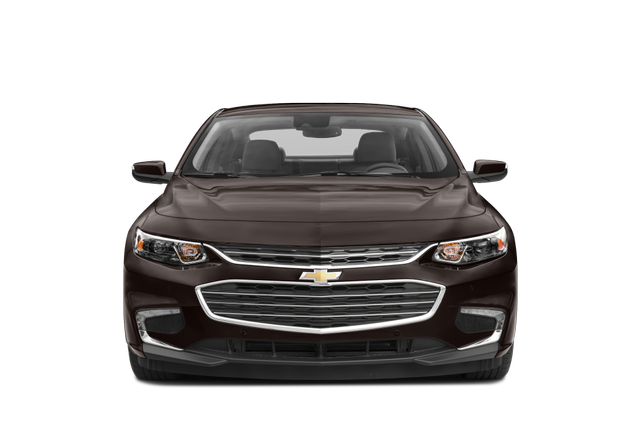 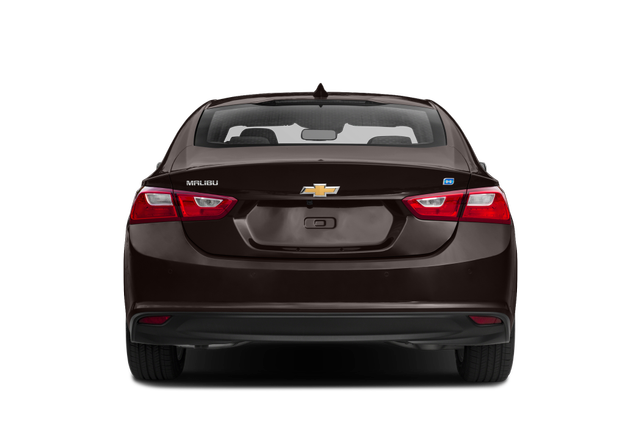 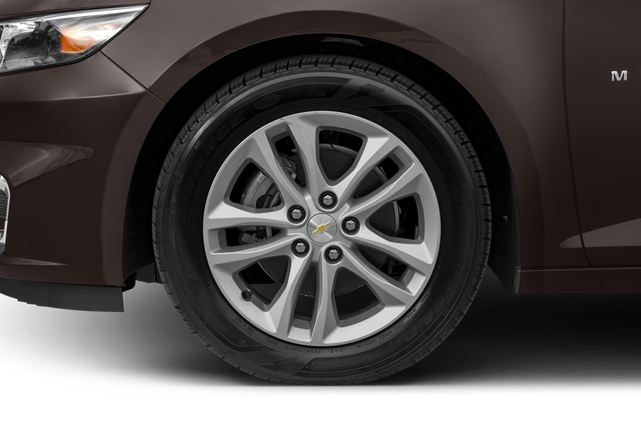 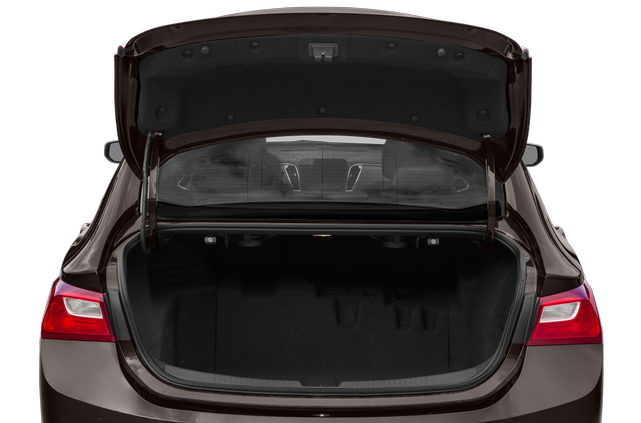 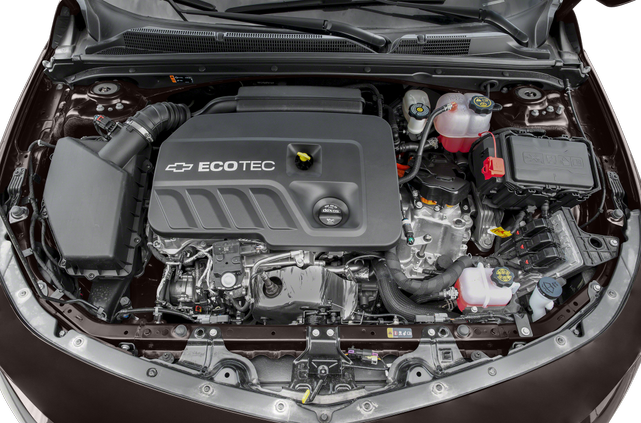 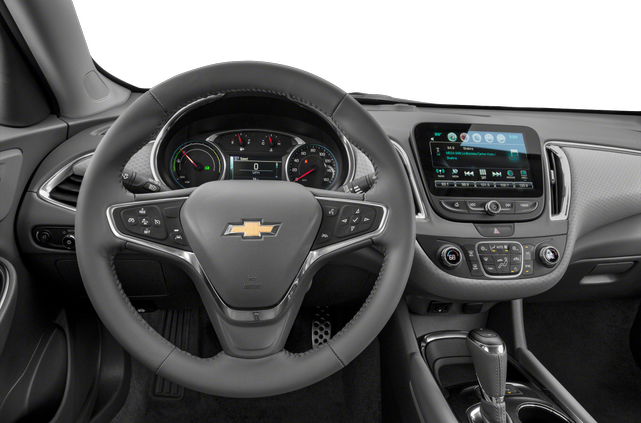 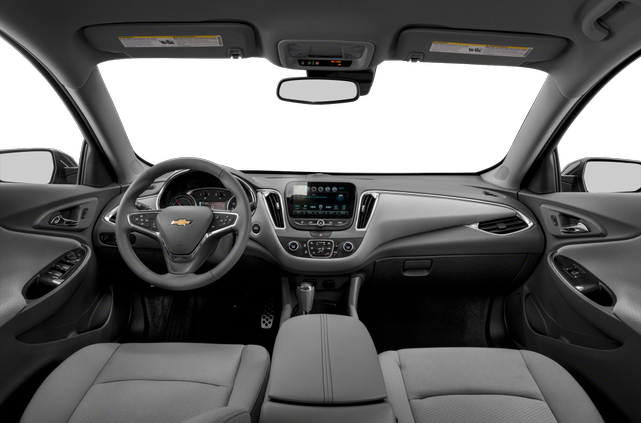 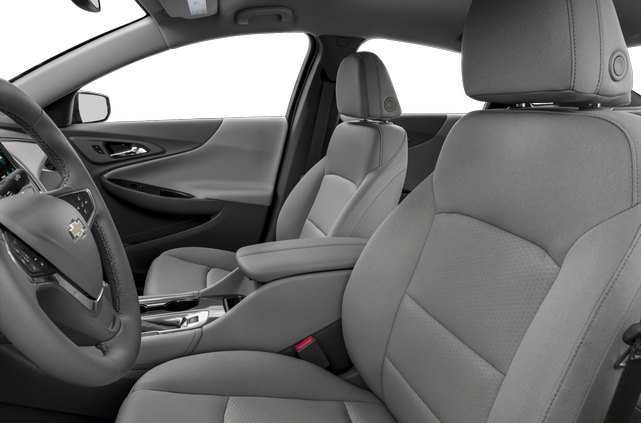 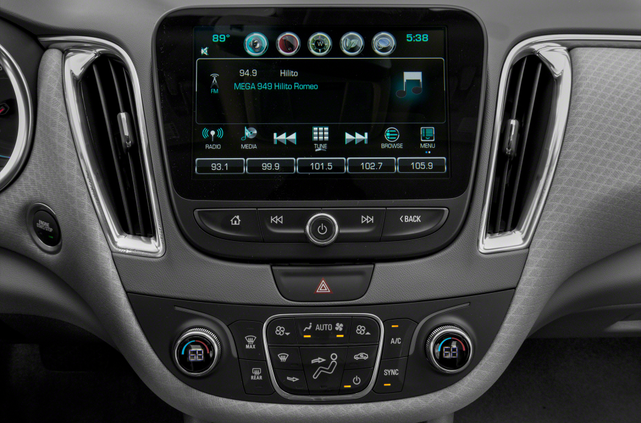 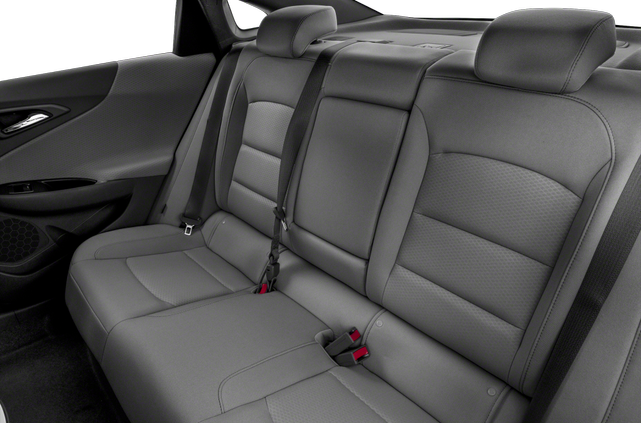 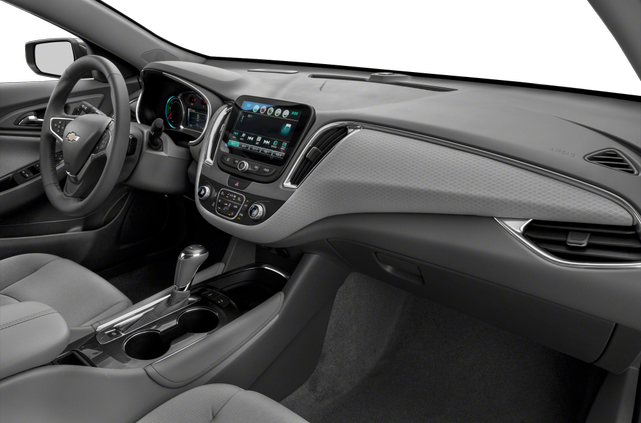 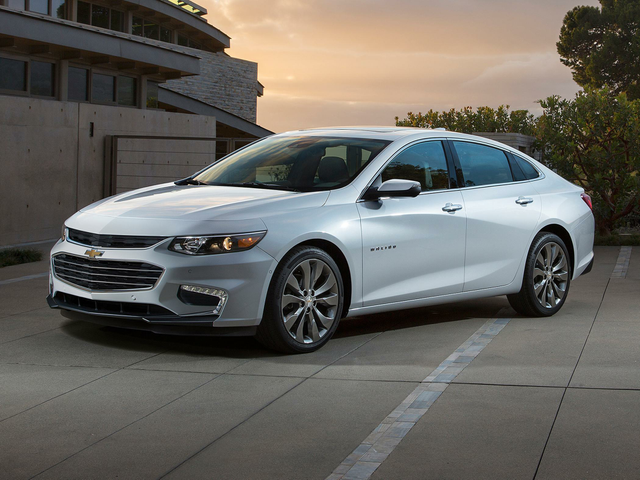 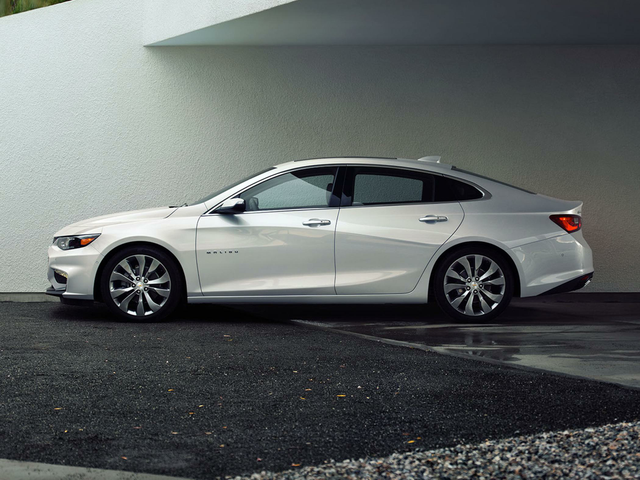 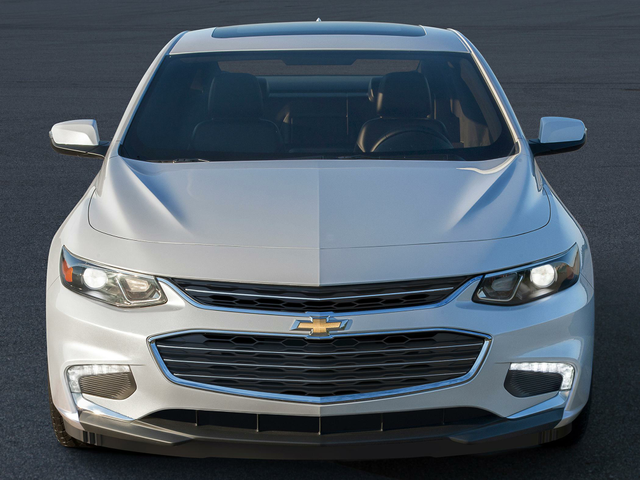 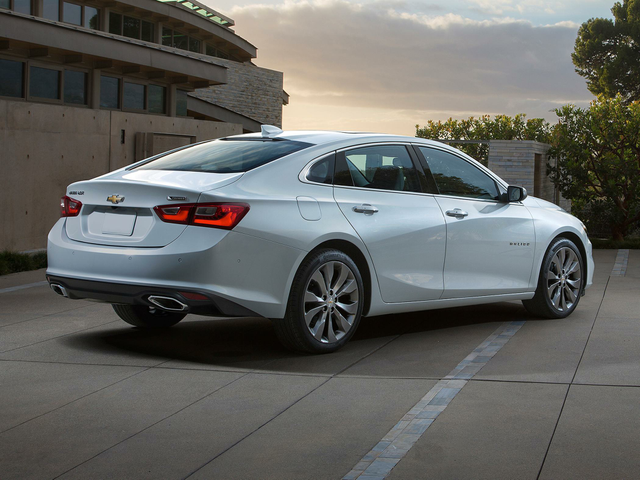 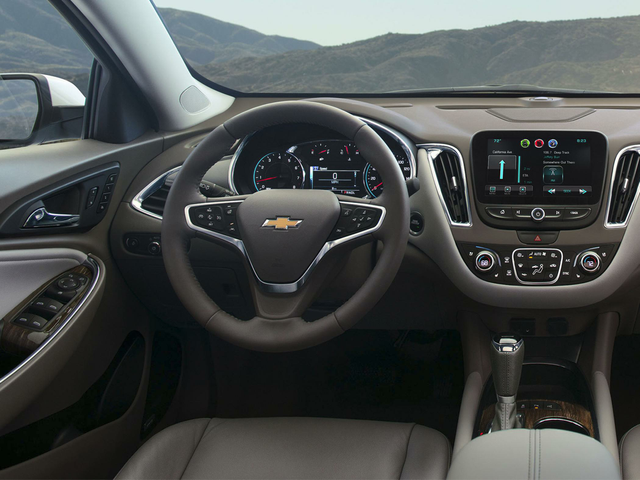 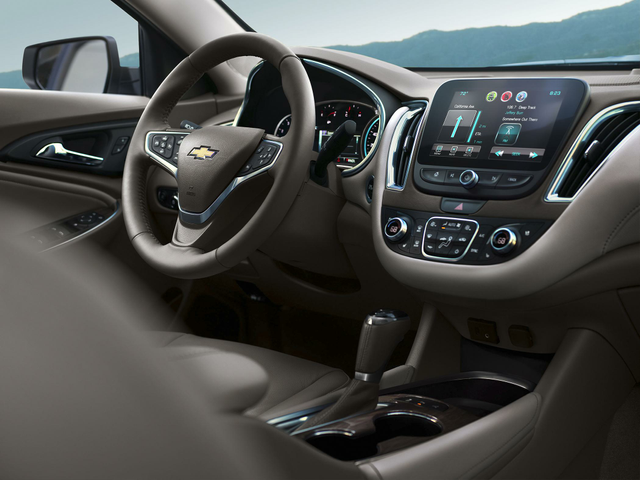