Our 2008 Chevrolet Silverado 1500 trim comparison will help you decide.

Vehicle Overview
The Silverado 1500 underwent a major redesign for 2007, and not a whole lot has changed for 2008 except the addition of standard satellite radio, new exterior colors and a new gauge cluster. The Silverado competes with other full-size trucks like the Ford F-150, Dodge Ram, Toyota Tundra and Nissan Titan.

The Silverado shares a platform with the Tahoe and Suburban full-size SUVs. These models were the first on this all-new platform. General Motors has tried to share the best attributes among these different models — and the sister trucks from the GMC brand — while keeping them distinct. Even for one model, the varieties are a lot to wade through: The Silverado comes in regular, extended and Crew Cab body styles and offers short, standard and long cargo box lengths; there are eight powertrain combinations, many suspension packages and four trim levels. Of course there’s also rear- or four-wheel drive, as well as heavy-duty versions.

Exterior
The most obvious difference in the new Silverado is a departure from the eyebrow-looking headlights of the previous model and a move toward more conventional stacked headlights flanking an enormous grille. The windshield is more swept back, yet the nose is taller and more squared off. The end result is better aerodynamics, which plays a part in the improved fuel economy.

The official trim levels are WT (work truck), LS (Crew Cab only), LT and LTZ. The Z71 Off Road package also has some exterior changes along with its suspension modifications. The LT has chrome bumpers and the LTZ’s are body-colored. Unlike the Tahoe, which blends its bumper into the front end, the Silverado’s remains a separate entity. Wheels range from 17 to 20 inches in diameter. New exterior colors include Dark Cherry Metallic and Deep Ruby Metallic.

The cargo bed lengths are 5 feet 8 inches, 6 feet 6 inches and 8 feet. Not all lengths are available with all cab styles and powertrains, though.

Interior
After years of promising higher-quality interiors, GM finally started to deliver in the new Tahoe. That quality now appears in the Silverado too — especially in the LTZ trim level — in the form of less-plasticky plastics and lower shine. The mouse-fur ceiling liner has been replaced by classier, woven fabric. The WT, LS and LT trim levels share an altogether different but also improved interior design.

Interior changes for 2008 are minor, including brighter pointers in the gauge cluster on all models. XM Satellite Radio is now standard on all Silverado models.

In addition to added front-seat legroom, headroom and hip room, Chevy made the interiors seem roomier by moving the dashboards down and forward a few inches. Storage capacity has grown thanks to a double glove compartment (in the WT and LT) and even-larger center storage consoles. Even the optional 40/20/40-split front seat offers a lockable bin in the center seat and another in its backrest/armrest. (Not really a bench, this configuration is like two bucket seats with a small seat between them that converts into a center armrest/console.)

Chevrolet says the rear seats are more supportive and offer more legroom in both extended and Crew Cabs. The crews have split rear seats that raise to provide more storage space. They’re optional in extended cabs, which now have Nissan Titan-style access doors, which open 170 degrees. They also have power windows in the higher trim levels.

Under the Hood
Powertrain changes aren’t dramatic in this generation. There are still 4.3-liter V-6 and 4.8-, 5.3- and 6.0-liter V-8 engines paired with a four-speed automatic transmission. The 5.3-liter engine includes fuel-saving cylinder-deactivation technology and is flexible — capable of running on E85 ethanol and/or gasoline. The 6.0-liter grants the maximum towing capacity of 10,500 pounds — which was the “segment’s best” until Ford announced that its 2007 F-150 will match it (“Nyah-nyah”). This capability also requires one of five suspension choices called NHT. The other four Z-based suspension names (like Z71) are for a smooth ride, enhanced (but not maximum) trailer towing and handling, offroad capability and street performance.

More interesting than the powertrains are Chevy’s moves toward other, more-refined systems that have been finding their way into SUVs and other trucks: Coil springs have replaced torsion bars in the front suspension, and the recirculating-ball steering has given way to the lighter, simpler and more precise rack-and-pinion design.

Safety
Antilock brakes are standard on all models. The StabiliTrak electronic stability system is standard on Crew Cabs and optional on extended cabs but not available on regular cabs. In addition to the required airbag complement, side curtain airbags are optional for all three body styles. They deploy along all the side windows in the event of a side impact or a rollover. Chevrolet says the front seat belt pretensioners are designed to cinch the belts in a rear-end collision as well as a frontal impact, intended to prevent occupants from flopping around and being injured.

The Silverado comes with OnStar, with the first year of Safe & Sound service free. This plan includes automatic OnStar notification in the event of a collision, stolen vehicle tracking and remote door unlocking should you lock your keys in the truck.

XM Satellite Radio is now standard on all 2500 models, as are 17-inch wheels on Dually trucks. The 2500 receives the same new colors as the 1500: Dark Cherry Metallic and Deep Ruby Metallic.

The trucks are offered in regular, extended and Crew Cab configurations, with two cargo box lengths. GM says it has redesigned the tailgate to lessen its mass and make it easier to use and remove.

Both the interior and exterior have been redesigned to make Silverado HDs look different from their milder cousins. Differences include larger door-pull handles, plus a new grille, hood and front fenders. Back to top

Dual rear wheels and an 8-foot cargo box are available on 3500 models. The trucks are offered in regular, extended and Crew Cab configurations, with two cargo box lengths. GM says it has redesigned the tailgate to lessen its mass and make it easier to use and remove.

Both the interior and exterior were redesigned last year to make Silverado HD trucks look different from their milder cousins. Differences include larger door-pull handles, plus a new grille, hood and front fenders. Back to top

June 12, 2021
By Love my Silverado from Alexandria Indiana
Owns this car

I drive this truck daily and often pull trailers. It has been very reliable and I am only now having issues at 181,000 miles. It smokes a little at startup and the body rot has started on door bottoms and over the fenders. I have driven this truck from CT to the Dakotas many times and the seats don’t make my back hurt. My passengers have plenty of space in the back seats.

My Chevrolet Silverado 2008 has plenty of space. But I wish it was 4×4 and I wish that the doors where made with thicker metal.

Rating breakdown (out of 5):
8 people out of 8 found this review helpful. Did you?
Show full review
See all 104 consumer reviews 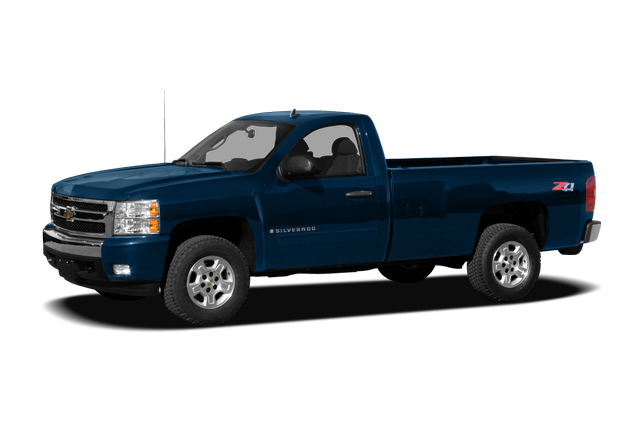 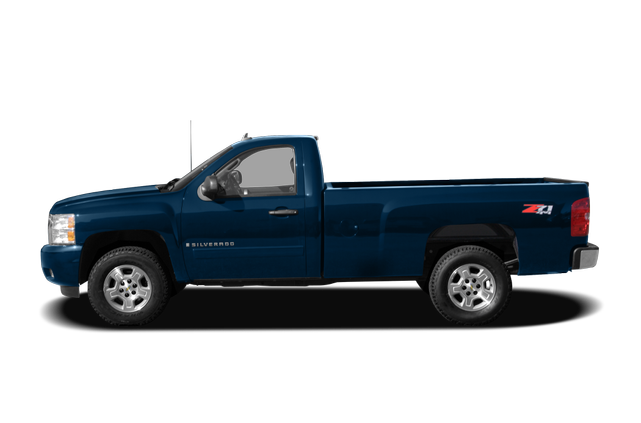 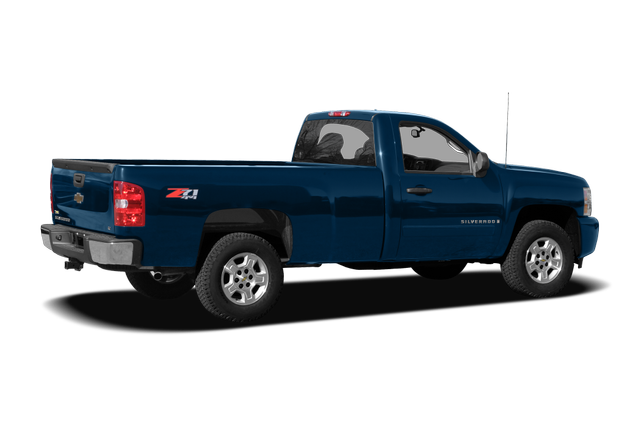 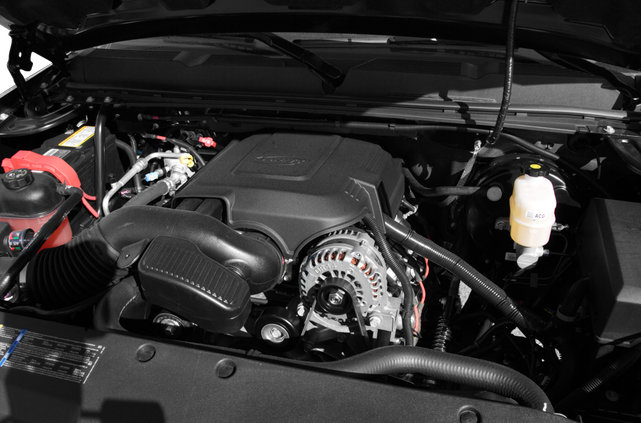 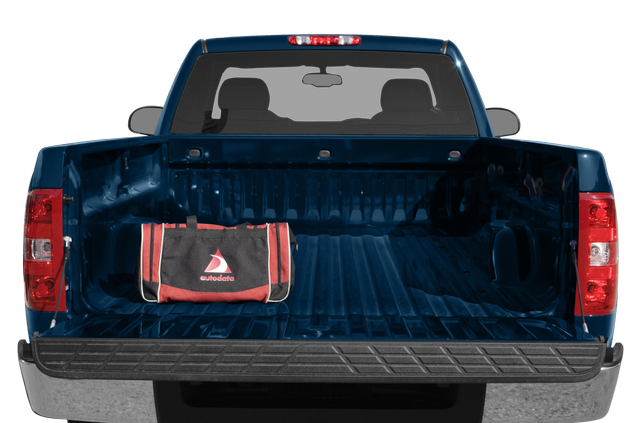 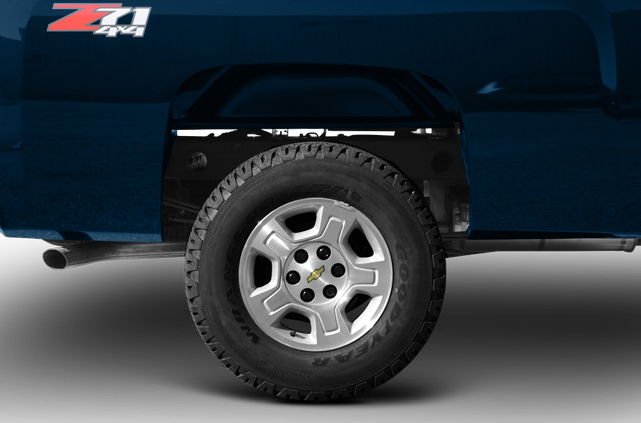 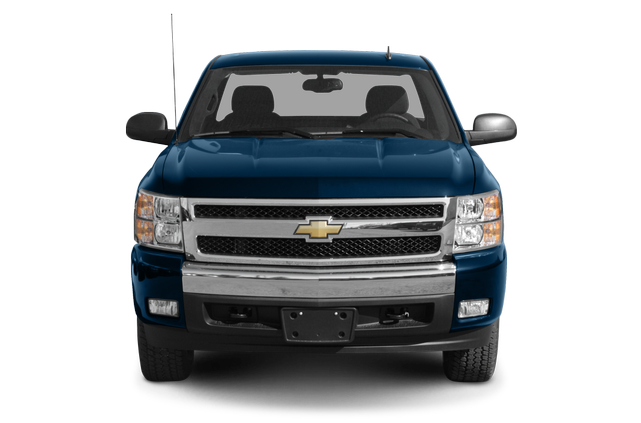 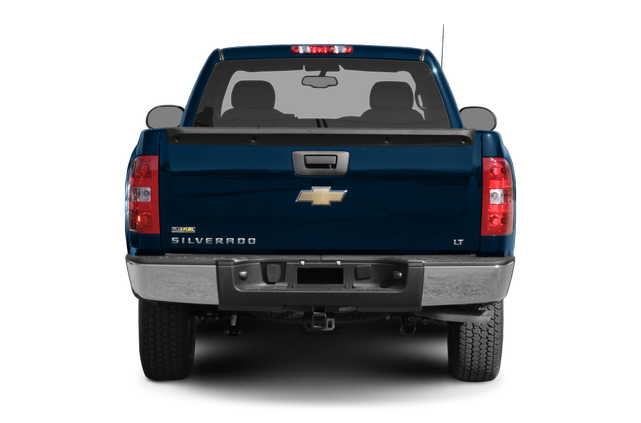 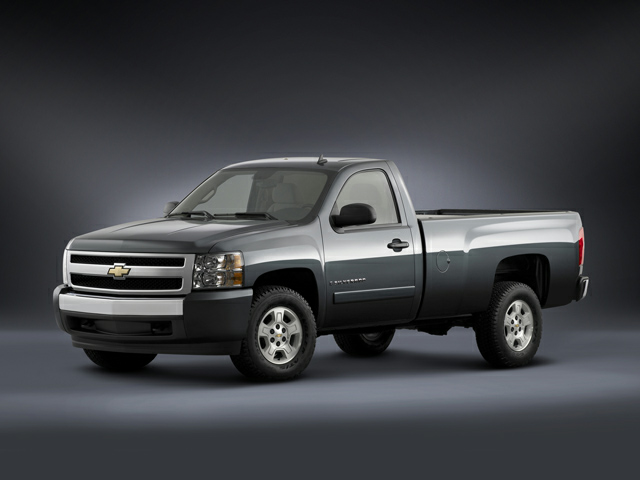 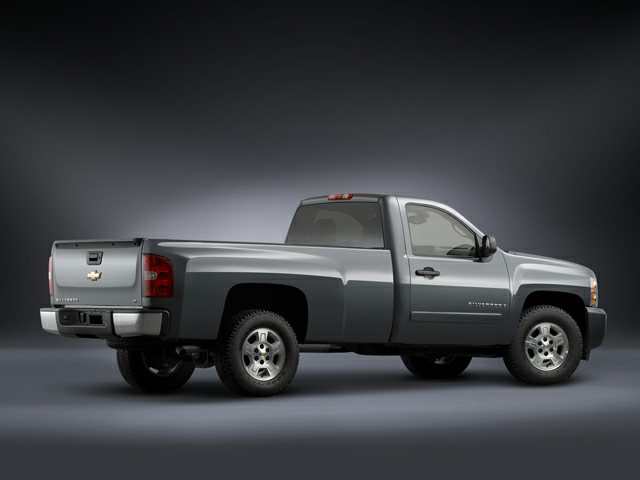 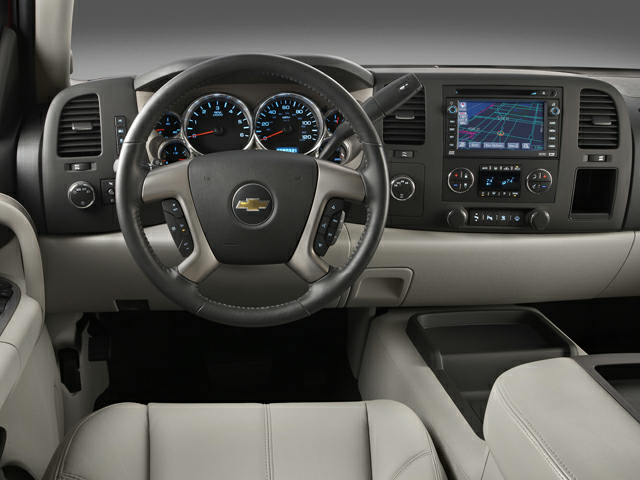 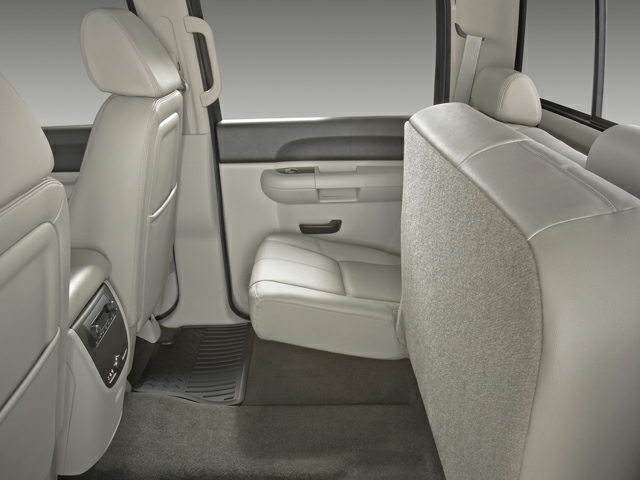 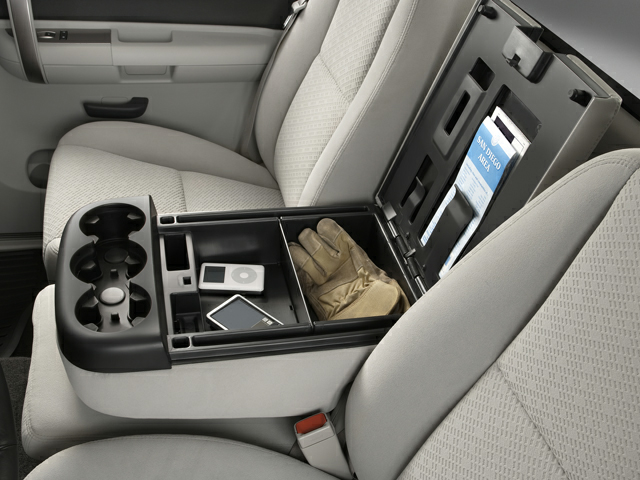 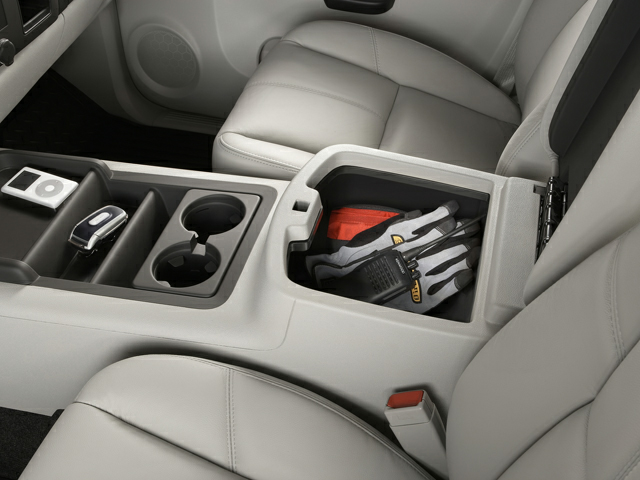 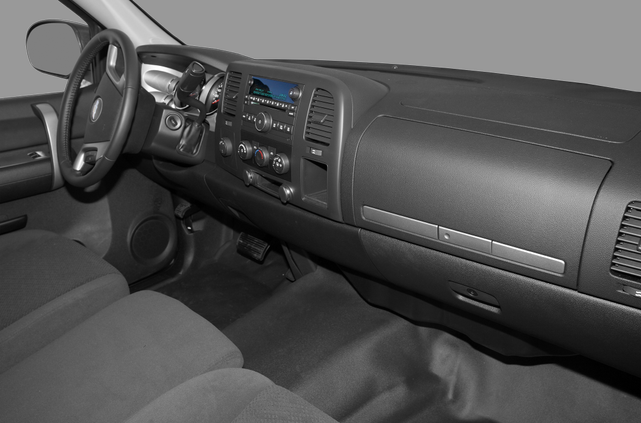 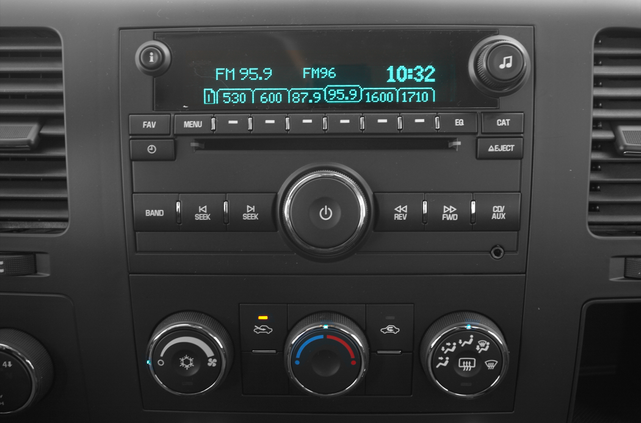 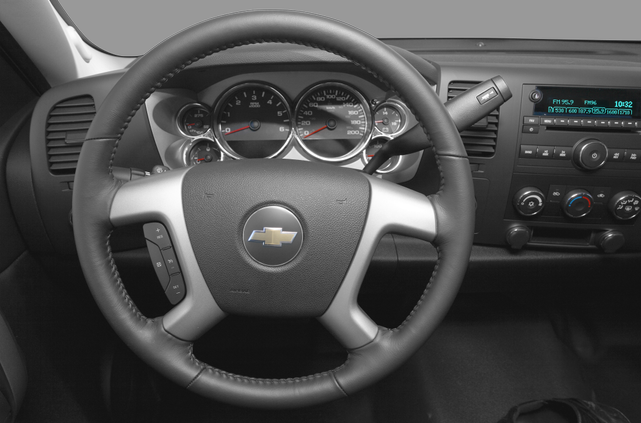 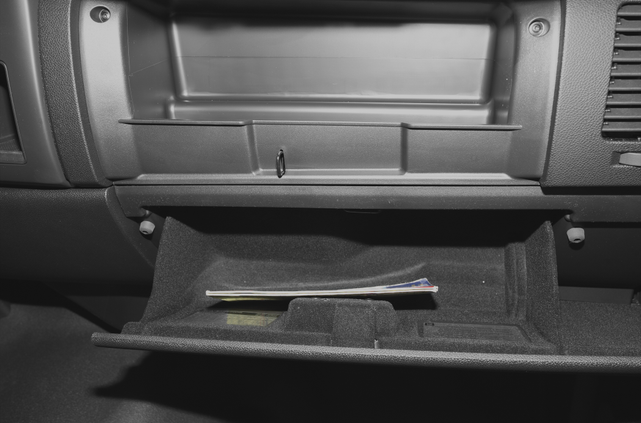 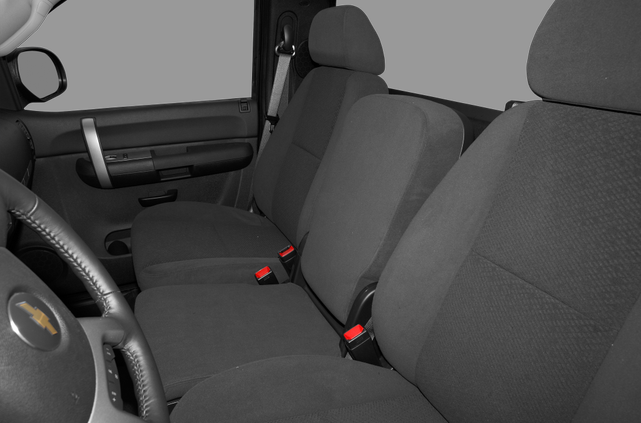 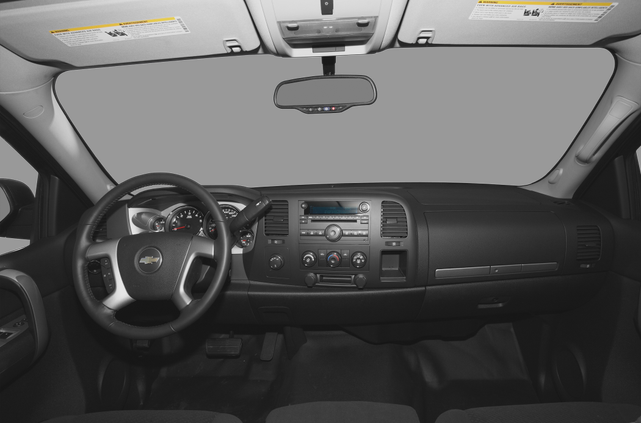 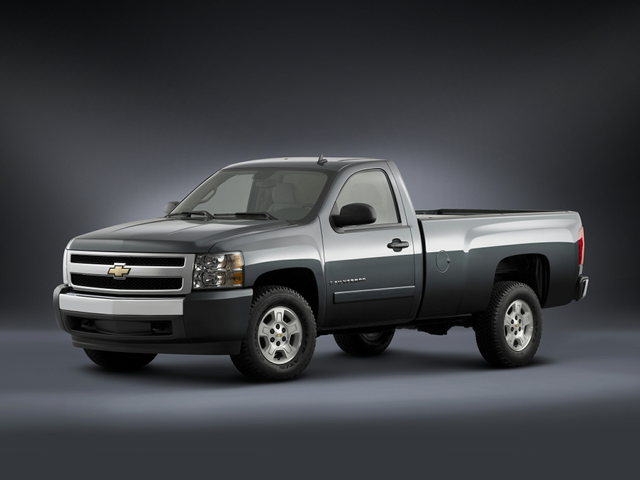 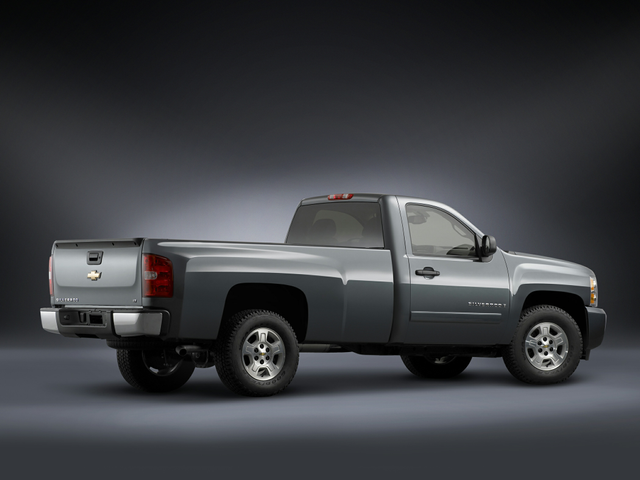 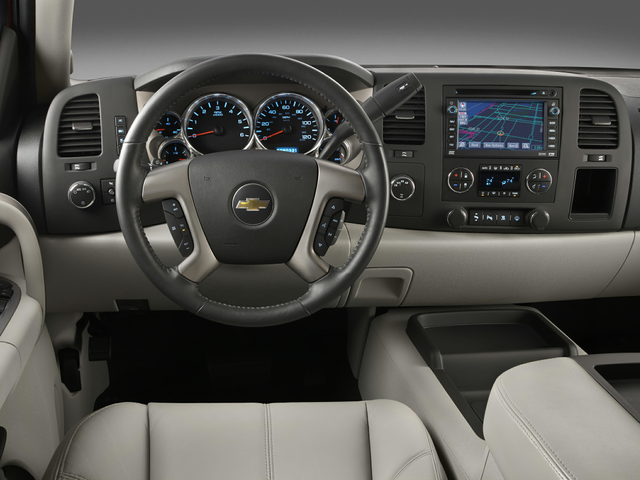 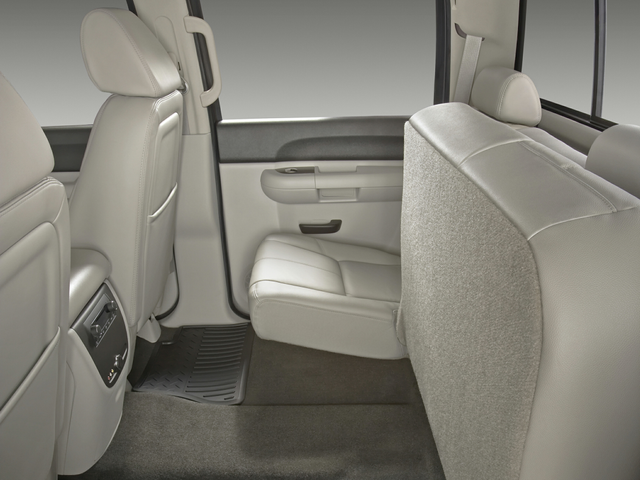 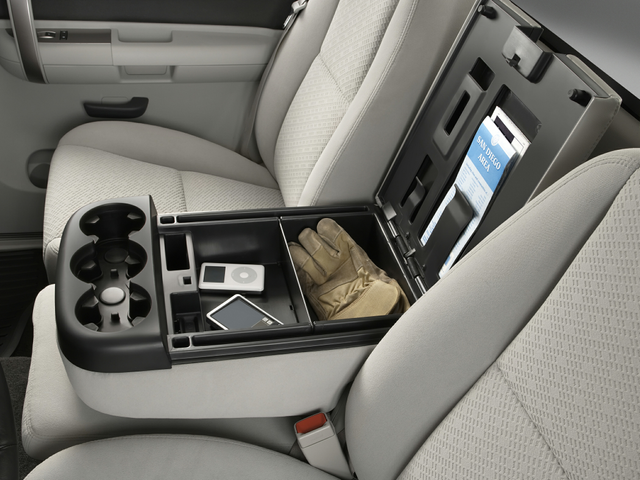