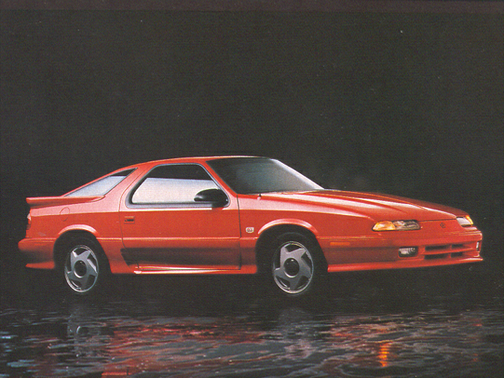 Our 1992 Dodge Daytona trim comparison will help you decide.

You could call it somewhat of a letdown, like ordering a steak and having the waiter bring liver.

Moments earlier we had exited the Dodge Viper after several laps around the California track in Willow Springs north of Los Angeles. The car awaiting us for the journey back to town wasn`t another Viper, but a Dodge Daytona IROC R/T.

Under most normal circumstances, having an IROC in hand would have been welcome. But after spending a day with Viper? Get real. After driving the Viper, getting in the saddle of any other “sports“ car is like getting off a thoroughbred and hopping aboard a mule.

Still, we`ll try to be as objective as anyone could be once a favorite toy has been yanked from your hands.

If you find yourself a bit confused about an IROC Dodge rather than an IROC Camaro, that`s because Chrysler took over sponsorship of the International Race of Champions (IROC) series from Chevrolet, so Dodge now gets to carry the IROC designation.

The Camaro IROC was dropped after the 1990 model year. Though hardly a slouch in the performance department, with a 245-horsepower p. V-8, the rear- wheel-drive compact Camaro IROC simply was uncomfortable and its road manners a bit unruly. The 5-speed manual was typical GM-it stunk.

We drove the RT turbo, which under normal circumstances would have had sufficient boost to stand hair on end when power shifting through all five gears.

But, as we said, having just exited the 400-h.p., 8-liter V-10 Viper, the Daytona IROC R/T seemed more like a kitten than the tiger we just had by the tail.

Of course, had we just gotten done spending a day with the Daytona IROC R/T and had hopped aboard a 10-speed Schwinn, the Schwinn probably would have felt like a tricycle.

The journey back to Los Angeles allowed for a detour through the mountains, where 0- to 60-mile per hour times don`t matter as much as the car`s ability to hug the road and hold the corners, because a few yards past the gravel shoulder stood a 3,000-foot drop. As good as anti-lock brakes are, they cannot halt mid-air descents.

On the way out to the Willow Springs test track from L.A., the Viper journeyed through the same mountains and managed the course as if it were a morning jog. The IROC Daytona had to breathe a bit harder to make up for pulling the load with about 200 fewer horses, but its road manners made up for any shortcomings in raw power.

The body swings out more in that sharp c orner than in a Viper, though thanks to the road-hugging 16-inch radial tires, the sway in the body is offset by the grip from the rubber.

With the Daytona, you take the twisting turns bordered by gravel with both hands on the wheel rather than just one in Viper. And you downshift more on the way up the mountain than you do in a V-10, because 224 horses just don`t perform the way 400 do. But you make it up and over with only a bead or two more of sweat on the brow than you did in the more sophisticated and expensive Viper.

Once back on the highway, about the only problem with the turbo R/T is that you seem to idle at 70m.p.h.

Even at 70 m.p.h., you need only tap the accelerator and you start to sprint without any lag time. Considering that the overhead planes clocking speeders on our stretch of expressway outnumbered the troopers stationed along the roadway, we spent minimal time tapping the pedal.

Whether the road is winding or open, the IR C Daytona points out another shortcoming of the IROC Camaro. With the Daytona, the clutch is smooth and takes little effort to deploy, especially appreciated in all those downshifts through the mountains.

If we had made the same trip in the IROC Camaro, we would have stopped at the top of the hill to apply Ben Gay to leg and arm muscles after fighting the GM 5-speed.

The IROC R/T went into production last month and starts arriving in dealer showrooms in a few weeks. Base price will be $18,532.

A few other added touches include an ashtray design that allows you to use it as a cupholder if you don`t smoke, and a decorative Ram`s head decal on the hood-though to some it will be a reminder that Viper has an even more dramatic snake`s head decal.

One really dumb touch, however, is placing the turn signal lever on the dash, which makes it difficult to see and use.

One feature Viper and the IROC Daytona share is the ability to seat only two adults. The Daytona has a back seat, but it`s not big enough to use.

The soft plastic facia on the bumpers, rear spoiler and front air dam is body-color. So are the lower body ground effects, including rocker panels and fenders. Nice looking, but the plastic covering is a Daytona sorely in need of a styling change. Cosmetics camouflage the aging process; they don`t prevent it.

Daytona will be replaced by a new model to be built at the Mitsubishi owned Diamond-Star plant in Normal, Ill., for the 1995 model year. Until then, you`ll have to learn to live with the plastic.

All model years for the Dodge Daytona 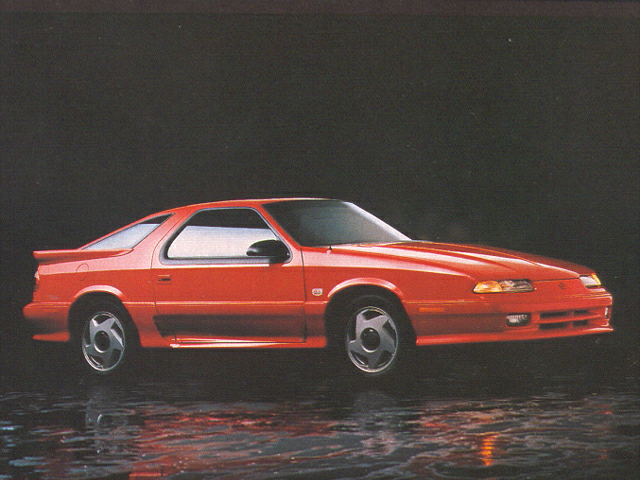