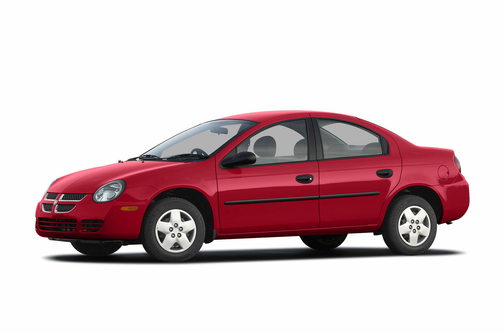 Our 2004 Dodge Neon trim comparison will help you decide.

The 2004 Dodge Neon SRT-4 sedan is a talented kid from the wrong side of the tracks. It runs and handles better than many costlier sports cars. But what it has in driving competence, it lacks in class.

That is a good and bad thing.

The SRT-4’s mission is to provide maximum performance — speed, gear transitions and handling — at a minimum price. With a turbocharged, 230-horsepower four-cylinder engine stuffed inside of a body weighing 2,900 pounds — all of it at a base price below $21,000 — it does that and more.

But if you’re looking for sophistication, look elsewhere. This is a rolled-sleeve, weekend hell-raising, track-running kind of a car.

The SRT-4’s only concessions to urbanity are its wonderfully bolstered front seats. The side bolsters are high enough to keep very big adult bodies in place in quick turns — assuming those bodies are properly belted.

The people for whom the SRT-4 is built are performance hedonists. They eschew fancy interior trim in pursuit of the slightest gain in miles per hour, the smallest advantage in handling.

DaimlerChrysler Corp.’s Chrysler Group Performance Vehicle Operations, which produces the SRT-4, knows this. So do the people at Nissan Motor Co., who make the 175-horsepower SE-R Spec V; the folks at Subaru, who turn out the incredibly fast, 300-hp Subaru Impreza WRX STi; and the people at Mitsubishi, who developed the 271-hp Mitsubishi Lancer Evolution.

Those little cars are aimed at the fast and furious crowd — people who delight in buying relatively cheap runners and beating the heck out of substantially more expensive, certainly more prestigious European models.

There is a seductive giddiness to all this — and it can entrap you regardless of your age, sex or station.

You are sitting at a red light in your electric-blue SRT-4 minding your own business. Your engine is idling, sending partially burned fuel through the exhaust system, where it completes combustion in pop-pop, gurgle-roar noises reminiscent of sounds from NASCAR and Grand Prix race cars.

Still, you’re being quite sanguine, innocent, although everything about the SRT-4 — from its scooped hood to its flying rear spoiler — shouts a desire to run. Then some twerp in a Porsche Boxster pulls up next to you with body language that says he’s richer, he’s better and he’s going to put you in your place.

So, when the light turns green, you pop the SRT-4 into first gear, for which it has little tolerance, and then quickly drop it into second and spank the Boxster boy’s butt.

Yes, I know. Mea culpa, mea culpa, mea maxima culpa. Please forgive me, for I have sinned. But what do you expect?

I was reared with affection for the underdog, the improbable victor. The front-wheel-drive SRT-4, with its Wal-Mart interior and fire-breathing performance — 0 to 60 miles per hour in 5.6 seconds, and lots and lots of torque — speaks to my cultural bias.

I just couldn’t help myself.

Complaints: Great handling, but it could be better. The car wallows a bit, certainly more than the Mitsubishi Lancer Evolution, at high speeds. Dodge wanted the SRT-4 to have a decent street ride as well as good track performance, whereas Mitsubishi didn’t make that compromise. And the interior is cheap, borderline tacky, but nobody buys the SRT-4 for the carpeting.

Ride, acceleration and handling: Excellent ride and acceleration. Very good handling that could be better (see Complaints) if Dodge lowered the SRT-4’s ground clearance from its current 6.1 inches to about 4.5 inches.

Engine/transmission: The SRT-4 is equipped with a turbocharged 2.4-liter in-line four-cylinder engine that develops 230 horsepower at 5,300 revolutions per minute and 250 foot-pounds of torque at 2,200 rpm. The engine is linked to a five-speed manual transmission.

Body style/layout: The SRT-4 is a four-door, front-engine, front-wheel-drive speed capsule masquerading as a sedan.

Capacities: It seats five people. But pity the person who gets stuck in the middle of the rear seat. Luggage capacity is 13.1 cubic feet. Fuel capacity is 12.5 gallons; premium unleaded gasoline is recommended.

Mileage: I averaged 26 miles per gallon in city/highway driving.

Correction: I put an “S” where an “X” should have been in last week’s column in a reference to the Cadillac XLR roadster, which is coming up for review, soon.

Best Car Dodge Ever Made

Here we are in 2022, and I still drive a 2004 Dodge Neon. This thing just will not quit (yet). People ask why I don't get a new car...why would I want the monthly payment when I can keep driving this thing around? Interior looks almost as good as it did new if you keep up with it. (I get it detailed or do it myself maybe once every 2 years). You'll want to stretch a black towel or blanket across the back seat headrests if you park outside, you'll get a lot of fading and sun damage to those seats if you don't. This thing has made it across the country multiple times and I commute to work in it every day. There is a small oil leak that's been there forever, but it's almost 20 years old so I wouldn't expect anything less. The front control arms had to be replaced a couple years ago which only cost about $300 since my dad was able to install them himself. Another review mentioned the durability. Let me tell you, my dad has a 2002 Neon that got sandwiched between a Honda sedan and a Lexus. Guess who still drove home after that accident? My dad with his Neon of course. The other 2 cars were deemed "totaled". Keep up with the oil changes and you'll be good.

I wanted to keep it for a show car but the electric system failed so the car is good until about a hundred 50000 MI I had for 16 years original I did all the belts plugs and make this work on it and it was a good reliable car about every three years the cam sensor went bad the other than that it was fun to drive it was fast they had a good pick up speed and its really a fun little car people talk about Comfort but I was always comfortable using it. I think people should keep these little cars as long as it runs good but once they start acting up, everything starts to go ...quick.. but I do miss my little neon I do recommended it.

So much fun to drive the 5 speed!!

This car is really just a ton of fun to drive, especially the manual trans. The Neon is dependable, economical and you can pretty much drive it on any type of road. I'm still looking for "the" one. Great car, nice styling and fun. 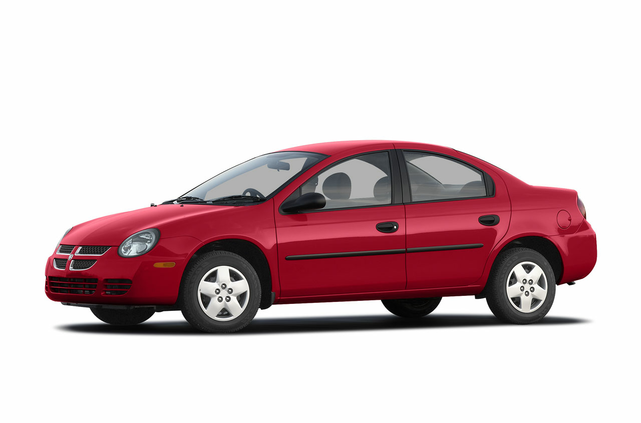 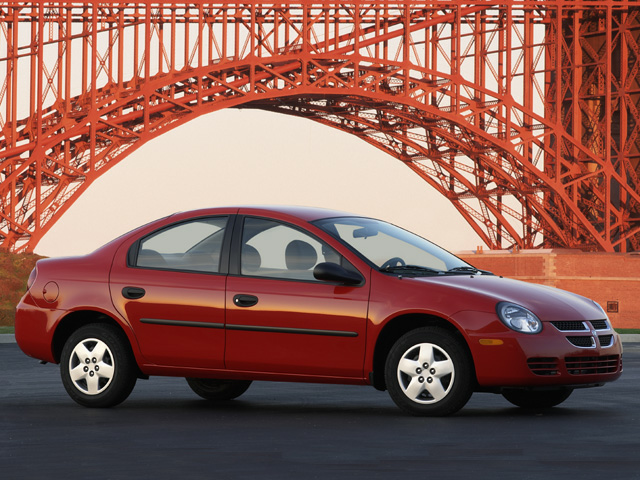 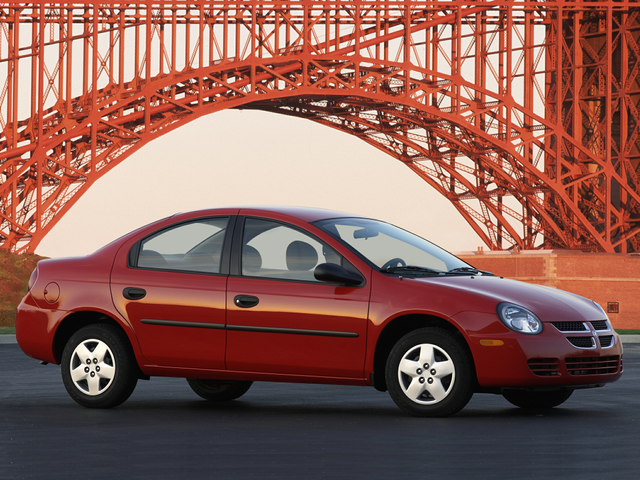