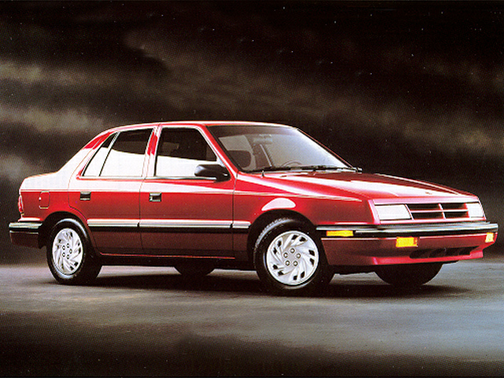 Our 1992 Dodge Shadow trim comparison will help you decide.

As Labor Day approaches, the typical Chicagoan must perform two simpletasks: First, pack the Cubs and Sox hats (unless you did that on the 4th ofJuly) and shake the mothballs out of the Bulls, Bears and Blackhawks jerseys.

That task accomplished, it`s time to head to the garage and take theconvertible for a spin. Make that many spins, as many as you can get in beforethe snow starts to fly and the annual highway construction season draws to abrief close until spring.

A few spins is what we opted for when a 1992 Dodge Shadow ES convertiblewas dropped off in the drive.

Shadow never has been on our Top 10 list of cars since its introductionin 1987. It`s not very attractive; for some reason it strikes us as a bathtub on wheels. When stylists sat down to work on Shadow, it always seemed to usthat there must have been a brownout.

In performance, Shadow always has been a subcompact economy car thatproves a vehicle can be short on looks as well as get up and go. In otherwords, Shadow plods, but in doing so keeps you from making many stops at thegas pump.

The Shadow ES convertible joined the line in 1991 and does its best toturn the caterpillar into a butterfly. When the top goes down-manually, andnot easily-the ES starts to show some charm. Drop tops do that to cars. If theEdsel had come in convertible form . . .

OK, we`re stretching it, but Shadow demonstrates some character when thevinyl top drops and the breeze teases your face, the wind buffets what`s left of your locks, and the sun pounds down on what locks no longer cover.

The ES also comes to life when you press the accelerator. The model wedrove was powered by a 3-liter, 141-horsepower, V-6 engine teamed withautomatic. There was no waiting at the light. Pump that pedal and off you go. Very good response and very good mileage to go with the power-20 miles pergallon city/27 m.p.g. highway.

Just about the time you start thinking, “Hey, this isn`t a bad littlebeast,“ you`re about a quarter mile down the pavement and reality sets in.The suspension on the ES vies with that on the Corvette for its tendency tobounce you down the highway like a ball.

The ride isn`t as rough and rocky as that of a Mustang convertible, butif it weren`t for that top`s ability to assume the prone position you`d behard-pressed to justify buying a Shadow based on high mileage.

This also gets to be moot. Shadow and its cousin, Plymouth Sundance, arein their twilight years. Along about the 1994 model year, the new PL-bodysubcompact cars to be built at Belvidere will replace them. Other than adding a convertible top, you can`t expect Chrysler to invest a lot of money in amachine that`s about half a lap down memory lane and will be discontinuedafter the 1993 model run.

If you`ve longed for a convertible, but don`t have a lot of money tospend on one, the Shadow deserves a look.

March 30, 2016
By Diamond In The Rough from So. California, San Diego
Owns this car

This is a pretty hard to find car these days, but a great find if you can. Perfect first car for the new driver as its not that fast, easy to work on and very reliable. Mine was the base model 1991 Convertible and I had the car for about 4 years. Bought it used, with about 48,000+ on the clock and about 4 years old. I think she was just over 143,000 when we parted with each other. Ended up buying a sedan. :( I only had two complaints about it... One, the auto trans was a 3 speed, so it lacked the additional overdrive gear, so fuel economy wasn't great on long trips (San Diego to Vegas) and the convertible top only seemed to leak in the rain when the car was parked? Other than that, it was easy to drive, easy to insure (due to the small horse power rating) and easy to work on (oil changes and routine stuff). I didn't have any mechanical problems with this car at all, and mine wasn't babied. I pushed it as hard as it could go most of the time. No trans or engine issues and besides gas, oil changes and brakes, I never invested an additional dime in repairs. Now some 22 years later, if I could find another one that was in decent shape, I'd buy it for a weekender!

All model years for the Dodge Shadow 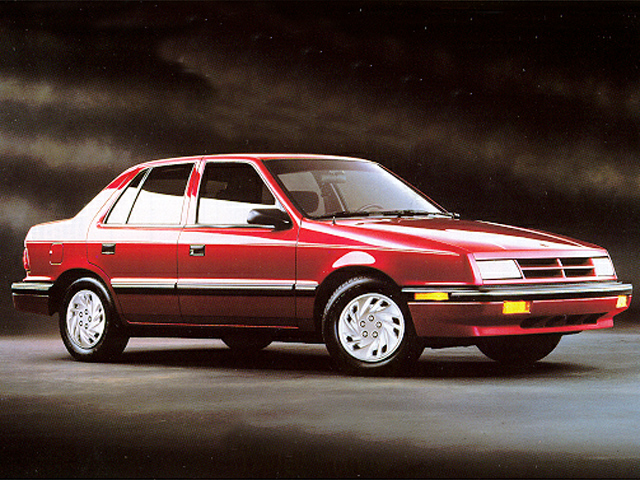