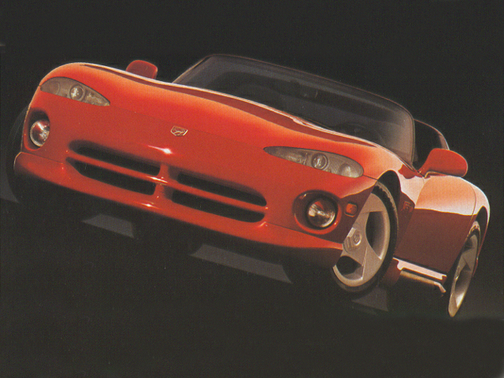 Our 1993 Dodge Viper trim comparison will help you decide.

You need a shoehorn to enter or exit the front seat.

Drive over any imperfection in the roadway and, chances are, the suspension will spring your head firmly against the metal support rod for the convertible top.

When the oversize performance tires slip into those ruts in the interstate pavement, you unexpectedly veer left or right as the treads search for level ground.

There’s no room to carry a suitcase, much less a suit.

There’s no window. Instead, you zip open or closed a plastic flap where the glass normally would be and reach your arm out in the general direction of the tollbooth, which you can’t see well, and hope the tithe makes it into the pot.

You have to forgo a trip to Mickey D’s drive-through, because a bag won’t slip through that plastic flap.

No door handles, either. Want in? Unzip the window using the pull chain hanging from the flap.

The clutch pedal is along the driver’s door panel; the brake pedal is where the clutch pedal normally rests. When your feet aren’t tap-dancing in an attempt to find the correct pedal, they’re bouncing off the floor mat trying to cool off from all the heat coming back into the passenger cabin from the V-10.

If the heat from the engine doesn’t parboil you, the side-mounted exhaust pipes running along the bottoms of both doors will tattoo flesh or permanently press pant legs should you forget their location.

Air bag? A quick prayer will have to suffice.

Spend three hours behind the wheel, and when you’re finally pried loose from the bucket, you feel as if you just took part in a Bears scrimmage-and you were the ball.

Why on earth would anyone with $55,000 burning a hole in their pocket or purse turn it over in return for the pain and grief you have to suffer when you drive a Dodge Viper?

Why would anyone in possession of all their faculties even consider a Viper? Why did we drive one to Battle Creek, Mich., and back in the same day?

Simple. Because, except for a Lamborghini Diablo, no other car is as much fun to drive. There aren’t too many cars out there with an 8-liter, 400-horsepower V-10 engine under the hood and a six-speed manual transmission to whip those horses into a gallop. Certainly none, again except for the Diablo, with the eyeball-popping, drool-all-over-your-shirt-or-blouse styling appeal of the Viper.

Step on the accelerator-if you can find it-and gravity grabs you by the shoulders and pulls you back into your seat. By the time you reach second gear, you can throw the radar detector out the window. Reach third and it’s time for a bladder check. Fourth gear and you hope that last check didn’t bounce. Fifth gear and the gendarmes won’t even bother pulling out from behind the bushes, they’ll just radio ahead for a greeting party. If you reach sixth, it means you’ve found the longest stretch of highway on this planet or you’re airborne.

Viper is a brute.

As we pull from the rest stop along Interstate 94 between Battle Creek and Chicago, the Viper anxiously tiptoes along the merging lane as a Celica already doing the 65 m.p.h. limit approaches. Wait and let the Celica pass before sprinting down the merger lane into the flow of traffic, or . . .

Later, a youth in a brand-new Ford F-150 pickup appears and pulls close enough behind to read the Viper’s bumper sticker in Braille. A quick downshift of the six-speed and a leaden placement of the EEE leathers against the pedal and Viper is but a distant memory for the Michigander.

Later still, the situation is reversed. We approach a rest stop as a Firebird is tooling along the merger lane. Viper is spotted, but the driver disregards its reputation and slams the accelerator to the firewall. Silly boy with his toy.

We respond by slamming the left foot down to depress the clutch to slipt e gearbox down a notch or two and prepare for takeoff. Oops. Those pedals are left of center, remember? Instead of the clutch, we slam the brake. For decades the Firebird owner will tell generations of kin about the time he made a Viper back down on I-94.

Our test car, a ’93, was black, the first new color since Viper bowed only in red in 1992. Emerald green and perhaps yellow will be added for 1994. Also coming in 1994 are factory-installed non-freon air conditioning and a windshield-mounted radio antenna.

Dodge experienced a problem with Viper in ’93 that limited output of the already short-supply screamer. The molded resin hood met all specifications when Dodge built a mere 200 Vipers in 1992, but when the assembly rate was increased to 3,000 for 1993, hood tolerances began to vary. Output was halted briefly to make a fix.

This car is all I hoped it would be. I definitely was part of my bucket list. The coolest cat I ever had. Better and more unique then mt vette.

No exterior door handles, no windows, no AC- No Problem. I love this car it is super fun to drive and gets attention everywhere I go. I have always wanted a GEN I Viper from the first time I watched one drive by in my town. Now I own a low mileage one and love everything about it. I can only see the value increasing due to the limited production.

As good as you think

I always liked muscle cars but I'n not old enough to appreciate the '60's and '70's and can't afford restomods and since I grew up in the '90's the viper always seemed like an iconic car that was more up to date. I drive European cars as daily drivers so this is a far stretch from what I'm used to but I do not regret spending the money. It seems like they are at the bottom of the depreciation curve so the cost of buying one is similar to buying a new top of the line HD. The viper seems a lot more fun and looks way cooler than any HD or even a Vette. If you always dreamed of owing a muscle car do not hesitate, you will not be disappointed. 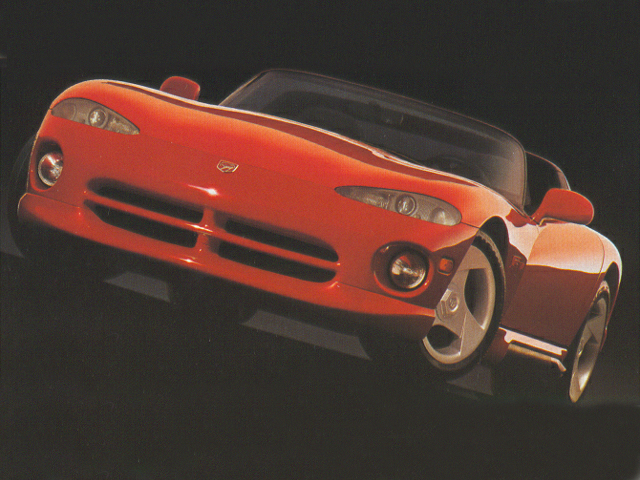