Our 1999 Dodge Viper trim comparison will help you decide.

A Dodge Viper is one of those cars that demands attention, even when it’s sitting still. Its squat stance, broad fenders, huge tires and short rear deck scream that this is a machine built solely for speed.

More so than the Viper’s chief American competitor, Chevrolet’s Corvette, which, though a speed demon in its own right, feels like a civilized sedan when compared to the Viper.

It has been six years Chrysler Corp. made the former show car Viper available to mortals with deep bank accounts. List prices started at $52,000, but escalated quickly.

It was awesome then — a two-seat roadster with an 8-liter V-10 engine that produced 400 horsepower.

There were almost no concessions to everyday convenience. Air conditioning was added at the last minute, but early models had side curtains, not roll-up windows. The fabric top was strictly an emergency-only item not really meant for extended road use.

The side exhaust pipes built up such heat under the door sills that Chrysler added a warning plate to keep Viper drivers and passengers from resting bare skin on the sills as they got in and out.

Yet such inconveniences and perils were OK, because once the go-pedal was depressed, the Viper shouted its reason for being — unadulterated performance. Gobs of acceleration, a top speed in excess of 180 mph, brakes that could handle such velocity, meaty tires and a suspension that could stick to corners like Krazy Glue.

So what’s happened to the Viper since?

The most noticeable visual change to the Viper was the addition four years ago of the Viper GTS coupe, which joins the RT/10 roadster.

The coupe is one of the most aggressive-looking sports cars on the planet and is, in my opinion, far more attractive than the roadster. It’s also far more usable in everyday road conditions than the roadster because it is a hardtop.

Although the roadster now has power side windows, its foldable top is still a pain to use. Chrysler has four times redesigned the top, which fits over the cockpit between the front windshield and the roll-bar/rear window.

It’s still Mickey Mouse, and if you’re not careful to latch and screw it down in all the right places, it can pop loose at freeway speeds, as it did during a recent week’s test of an RT/10. Only a quick grab by the driver kept it from being gone with the wind.

If you’re going to own a Viper roadster, figure you’ll just leave the top at home.

Under their bodies, the Viper coupe and roadster are much the same — filled with brutish horsepower.

Horsepower from the V-10 is up to 450 at 5,200 rpm, while torque — the force that’s behind all that horsepower, is a mind-bending 490 foot-pounds at 3,700 rpm. All of that mega-oomph is managed by a six-speed manual gearbox, the only Viper transmission available.

Stra ight-line acceleration is race-car fast: 0-to-60 mph in 4.1 seconds, a half-second faster than the original Viper. Various car magazines working on huge test tracks have seen 190 mph in a Viper coupe.

Handling is also race-car quality, though the Viper feels more like a sledgehammer than a rapier when negotiating fast turns. It gets the job done thanks to ultra-wide 18-inch wheels and tires that work well with the four-wheel independent suspension.

All that power also gives a driver plenty of flexibility to get the Viper around turns by modulating the gas pedal. Power-on understeer is the most popular way to throw a Viper through a fast turn.

The brakes are up to the tasks demanded of a car this fast. The 13-inch vented discs stop the Viper like it was dropped into wet sand.

There are trade-offs for all of this automotive equivalent of testosterone.

It’s an everyday driving experience that’s not the most comfortable.

The Viper cockpit is hot b ause of the routing of the exhaust pipes. Although Chrysler moved the Viper pipes from the side to the back several years ago — they actually sound better when run to the back — the pipes still run under the door sills. That makes for careful in-and-out maneuvers, and a cockpit that’s never cool without the air conditioning running.

Although the driver and passenger seats are comfortable, there’s not a lot of interior space, and storage is so limited that carrying anything more than a wallet is problematic.

Add to that a ride that picks up every road ripple, and you have a vehicle that’s a blast when the throttle is cracked open, but can quickly get tiresome for trips that last more than an hour or so.

That would be fatal to most cars, but the Viper succeeds because, at a base price of more than $65,000, most Vipers find homes in multiple-car garages. Owners tend to use them as weekend toys, and in that role the Viper is an absolute champ.

Raw performance, timeless style, and a reasonable price. There are other options out there, but I don?t think any of them truly compare to the Viper! 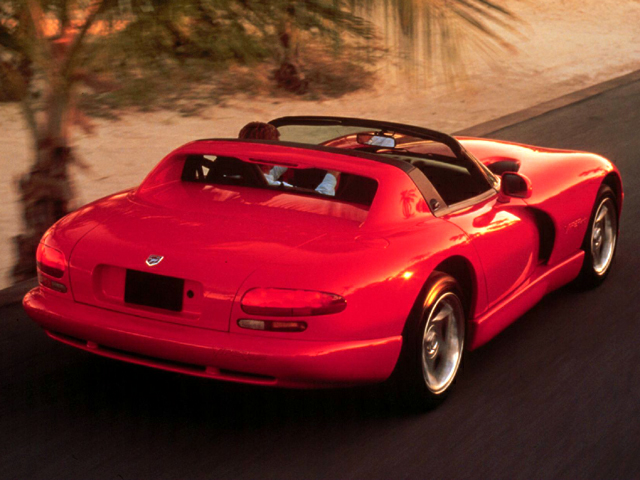 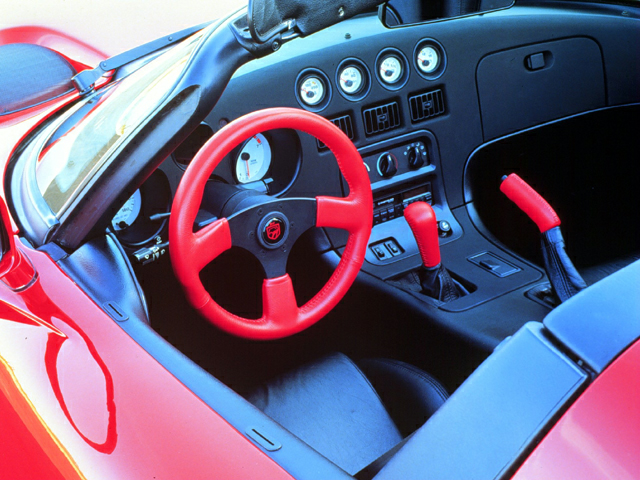