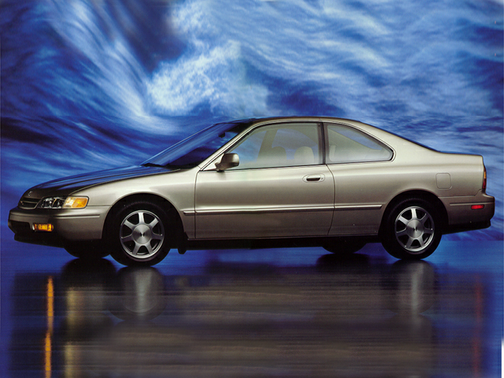 Our 1994 Honda Accord trim comparison will help you decide.

1994 Honda Accord review: Our expert's take

Despite rumors to the contrary, it’s still too early to pat the station wagon in the face with a shovel.

The wagon is far from dead, and American Honda Motor Co. affirmed this last month with the introduction of an all-new 1994 Honda Accord wagon.

“There are still people who do not want a truck ride,” said Joel Pitman, general manager of Dan Young Honda. “And the station wagon gives them a ride like a car.”

Designed and engineered in the U.S. and manufactured in Marysville, Ohio, the new station wagon is a derivative of the Accord sedan. In essence, the front half of the station wagon is a sedan. The back half is designed to accommodate the wagon body.

There are moderate variations to some specifications, such as a 3.8-inch increase in length. But otherwise the wagon is a kissing cousin to the sedan.

The major mechanical items are virtually the same for both, with the 1994 engines upgraded versions of last year’s motors.

Honda wanted to put a wagon into its lineup as a companion to its sedan and coupe. And one of the primary objectives of the development team was to reduce the price gap between station wagon and sedan.

Being designed, developed and made in America, Honda’s U.S. operations worked closely with U.S. suppliers. As a result, the wagon is only $950 more than the sedan.

Honda says most of its competitors have a price differential of around $1,400.

Stylewise, the wagon has a flowing look, something not always accomplished with station-wagon bodies. The emphasis is on aerodynamics that not only contribute to better fuel mileage, but low wind noise as well.

Quietness and ease of ride have been enhanced with 38 percent greater torsional stiffness for the new body and a 25 percent increase in bending resistance. The wagon, with a 106.9-inch wheelbase, has the feel of a larger luxury automobile.

Of course in EX form with a four-speed automatic on board, you’re looking at a $21,500 wagon. That’s bumping right up against the luxury-car price bracket.

The wagon is offered in two trim levels, an LX that starts at $18,180 with a five-speed manual transmission, and the EX. EX drivers who want a stick shift can knock $750 off the price by going with the five-speed.

Honda already has a couple of pretty good powerplants that are being dropped into the wagons. In an age of V-6s, both are still 2.2-liter (132 cubic inch) four-cylinders.

Honda also is going its own way in another dimension. The engines sport four valves per cylinder but only one overhead camshaft rather than the more traditional dual overhead cams for a 16-valve powerplant.

The engines provide sprightly performan ce, with the VTEC motor putting the station wagon in the go-fast category. Top speed is rated at 130 miles an hour.

An upgraded four-wheel independent suspension system puts this front-drive model almost in the sports-car class. Steering response is much improved over the predecessor wagon.

Two large analog-type speedometer and tachometer gauges are right in front of a driver for quick and easy reading. The wagon is a five-passenger, with individual front seats divided by a center console that holds the shift levers for either the five-speed or the automatic.

The wagon is a specialty item that Pitman says will supplement car sales.

“Availability is going to be a little slim,” he said. “They don’t intend to flood the market.”

I bought my 1994 Honda Accord EX 5MT sedan new in Oct '93. PROs: I've always appreciated the excellent handling, 7.9 second 0 to 60 acceleration, 27 mpg average fuel economy in mostly city driving, Tesla-Model-3-like driving position and low hood, superb engine design, reliability and great all-around visibility. CONS: I've had to make multiple repairs to fix rust a bove the rear bumper by the rear wheel openings (I haven't driven on salted roads since 2010, the rear seat belts are difficult to put on because the buckles are hard to reach. I now use the car only for fun in good weather.

This car met the needs it was purchased for. It was originally for my mother who needed a plain, reliable, comfortable car to do her daily errands in. I immediately thought of an Accord, and it fit the bill quite nicely. Then the car became mine. But I couldn't bring myself to drive it much (I also owned two sports cars). So I sold it to a young couple who needed a nice, reliable generic sedan. The car was a good car for what it was used for.

February 4, 2019
By Erika0521 from cottondale alabama
Owns this car 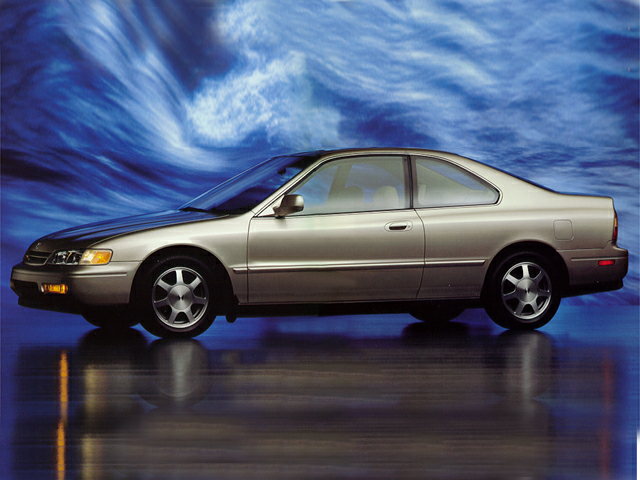