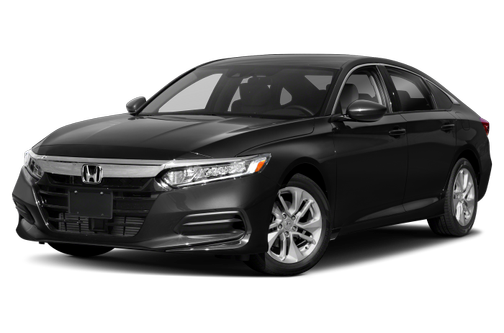 Our 2018 Honda Accord trim comparison will help you decide.

2018 Honda Accord review: Our expert's take

The verdict: The redesigned 2018 Honda Accord boasts enough impressive technology and drivability to overcome a few missteps.

Versus the competiton: The Accord goes toe to toe with the solid 2018 Toyota Camry, and it gives compelling rivals like the Ford Fusion and Volkswagen Passat a run for their money. But it isn’t for everyone.

Now in its 10th generation, Honda’s mid-size sedan is lower and wider than before, with sunken seating positions and a more coupelike profile (compare it with the 2017 model here). It comes in five trim levels: LX, Sport, EX, EX-L and Touring. Its base drivetrain is a turbocharged, 1.5-liter four-cylinder (192 horsepower, 192 pounds-feet of torque) and continuously variable automatic transmission. Compare the trim levels here.

Replacing 2017’s optional V-6 engine is a turbo 2.0-liter four-cylinder (252 hp, 273 pounds-feet of torque) and a new 10-speed automatic on the Sport, EX-L and Touring. The Sport offers a six-speed manual with either engine, which marks the first time in a decade you can get a stick shift with the top engine on an Accord sedan. Honda hopes that will satisfy those who mourn the discontinued Accord coupe.

At a Honda media preview in New Hampshire, I drove automatic and manual versions with both engines. (Per company policy, Cars.com pays for its airfare and lodging at such automaker-hosted events.) Other editors also evaluated the new Accord at Cars.com’s offices, and we’ve tested every major Accord competitor.

The turbocharged 1.5-liter four-cylinder has more than adequate oomph for a base engine, with enough on tap for sustained uphill climbs on twisting mountain roads. The automatic transmission has some telltale nonlinearity starting out, common with CVTs, but it fakes a nice gear-kickdown sensation when you call for more power at cruising speed. The optional turbocharged 2.0-liter is palpably quicker off the line: Stand on the gas and it launches with a fierceness reminiscent of the Chevrolet Malibu’s excellent turbo 2.0-liter. The Camry’s big V-6 feels quicker if you rev it all the way out — the Toyota thunders ahead where the Accord plateaus a bit — but Honda’s 2.0-liter turbo brings snappy punchiness that’s entertaining in its own right.

Row your own gears, and the 1.5- and 2.0-liter engines feel more similar. The six-speed manual has a high clutch take-up and medium throws, but swift accelerator response that makes for easy rev-matching. Aside from some noticeable turbo lag with the 1.5-liter, both engines have similar power characteristics, with torque that comes early and stays late. The 2.0-liter just has notably more of it.

The Accord Sport has a sport-tuned suspension with fixed-firmness shock absorbers, while the Accord Touring has a softer overall ride but with adaptive shocks and adjustable firmness. I drove both, and ride quality is firm either way because 19-inch wheels and low-profile P235/40R19 tires accompany both trim levels regardless of engine. The adaptive shock absorbers add a degree of control that evokes a pricier car, and even the Accord Sport stops short of the prior Accord’s deliberate choppiness. The adaptive shocks change firmness in Sport mode, but I didn’t observe a huge difference between the modes. One editor thought the Touring rode well overall, but I found both setups busy. If isolation and comfort is all you want, look elsewhere in this class or consider the other trim levels, which pair a third suspension setup (regular, non-sport tuning with no adjustability) with 17-inch alloy wheels and higher-profile tires. Honda didn’t have any such trims to evaluate at my drive event.

Handling recalls the well-mannered Honda Civic, with quick-ratio steering and limited body roll. Flick the wheel a few degrees and the nose reorients immediately. Nose-heavy understeer comes steadily if you push the car hard — an area in which the Camry (yes, really) and Ford Fusion have an edge — but the Accord’s dynamics are far from a liability.

No longer an Acura lookalike, the new Accord charts its own styling territory with a plunging grille and C-shaped taillights. Slightly lower and wider than the prior sedan, it bears a coupe-like profile and cab-rearward glass. The A-pillars sit some 4 inches back versus the old Accord, and the roofline settles into a continuous descent toward the trunk, which recalls the Civic sedan.

It’s all part of a hunkered-down stance that translates into slightly lower seating positions front and rear. Some may not like the driving position, which feels distinctly lower than many rivals — the Camry in particular — even when you raise the driver’s seat. The passenger gets no such provision; the Accord is overdue for a passenger height adjustment.

The same situation goes for the backseat, which has abundant legroom but sits low to the floor. Adult passengers may find their knees uncomfortably elevated — a characteristic common in this class, though higher-seating sedans like the Fusion avoid it. Still, parents should note that the overall clearance helped the Accord fare well in Cars.com’s Car Seat Check.

The dashboard is simple and low-set, with a tabletlike multimedia system and prominent knobs for the climate and stereo controls. Speaking of which, sanity has prevailed at Honda: The Accord gets physical stereo buttons as well as volume and tuning knobs instead of the aggravating touch-sensitive controls on many versions of the old car. The touchscreen itself (a 7-inch unit on LX models or an 8-incher with Apple CarPlay, Android Auto and over-the-air updates everywhere else) has intuitive menus and quick response, with tiled apps on the home screen that you can customize as on a smartphone. Another editor found the system a bit unintuitive, but it’s a step in the right direction for Honda, which needs to spread this across its other cars pronto.

The opposite is true for the 10-speed automatic transmission’s push-button gear selector, which — as in other Hondas with this gear selector — is needlessly complicated and doesn’t save any console room, a purported advantage of electronic shifters. In 1.5-liter cars, at least, the CVT has a conventional automatic shifter with traditional Park-to-Drive operation.

Cabin quality takes two steps forward and one step back. Soft-touch materials cover the upper doors and armrests up front, and stitched padding girds the center console on higher trim levels. Many controls have elegant two-tone detailing, and none felt rickety in my preproduction test cars. Yet ribbons of cheap, shiny plastic span mid-level areas on the doors and dash, and the rear doors revert to cheaper materials — an area where many competitors and the prior Accord maintain more consistent quality.

Impressively, standard features include full-speed adaptive cruise control, forward collision warning with automatic emergency braking and true lane-centering steering, not just the gradual assist that pinballs you off lane markings. The automatic braking notched top scores in testing from the Insurance Institute for Highway Safety, capping off excellent scores in the agency’s safety evaluations. (See scores for all family sedans here.) The Accord’s standard LED headlights earned only an acceptable score (out of poor, marginal, acceptable and good), while upgraded LEDs on the Accord Touring scored even worse: marginal.

The base price starts around $24,500 for a 1.5-liter Accord LX — competitive with rivals that have standard auto braking — and tops out at nearly $37,000 for a 2.0-liter Touring with the full slate of factory options. An Accord Hybrid is coming in early 2018, but complete details are still pending.

Climb the trim levels and you can get power front seats with heating and ventilation, heated rear seats, wireless smartphone charging, leather upholstery and in-car Wi-Fi. All of that should bring plenty of shoppers despite a tough environment for mid-size sedans: One in every 6.3 new cars sold five years ago was a family sedan, per Automotive News. Today, the group accounts for one of every 9.8 sales.

Still, one thing is common between those two eras: the dominance of the Camry and Accord, which are the sales leaders for both periods. On back-to-back driving loops, the new Accord fights its rival to a draw. Honda’s redesign is far from the best at everything, but its qualities demand a hard look from all family-sedan shoppers. Plenty of them will end up choosing the Accord, and that should cement Honda’s sales popularity for years to come.

A dream to drive, a dream to own

This is by far the best vehicle I’ve ever owned, which is saying something because I previously had 2 different BMWs (which were fun to drive at first but quickly turned to huge headaches). I have a 1.5t Sport and this car is surprisingly fun for the little engine and CVT. In Sport mode, it even sounds way meatier than it should. Highway driving is smooth and serene, and the LKA and adaptive cruise make road trips a pleasure. Gas mileage is also impressive for a larger car - just got back from a 1300 mile road trip and averaged about 35mpg. Still love the look of the car - the sport wheels add a lot to the sport back look of the car. The climate controls do weird things sometimes and I wish there was a trunk release on the trunk, but my gripes are minor. I’ve had oil changes and had to change fuel injectors recently, but it’s never left me stranded (like the Bimmers did!). I’ve put about 35k miles on it and think I will continue to enjoy it for some time. Just a great all around car and amazing value.

This car met and exceeded my expectations. I have driven many cars and this by far has to be the most comfortable vehicle I have ever owned.

AC gives out within a year

Purchased this car brand new from the Honda dealer and within 1 1/2 year the A/C went out. Now all it blows is hot air. The cost to get the compressor and condenser is around $1000-$2000. I do not recommend at all!

Rating breakdown (out of 5):
6 people out of 14 found this review helpful. Did you?
Show full review
See all 650 consumer reviews

News
737,000 Honda Accord, Accord Hybrid, Insight Sedans Recalled for Software 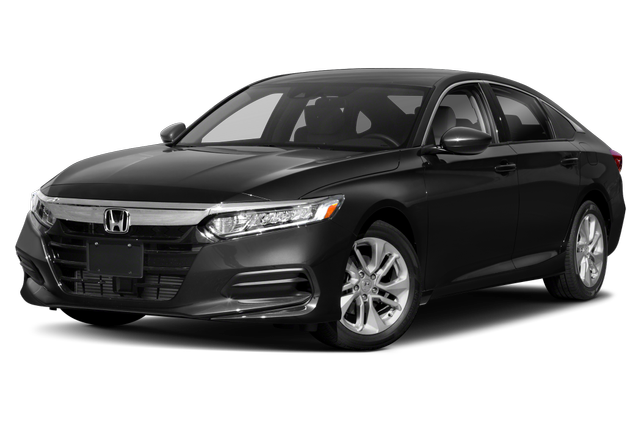 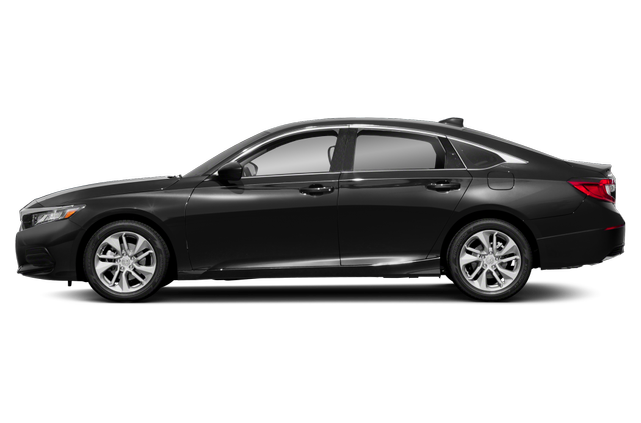 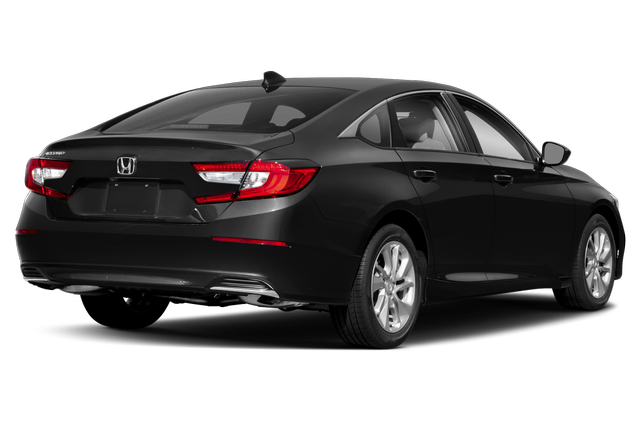 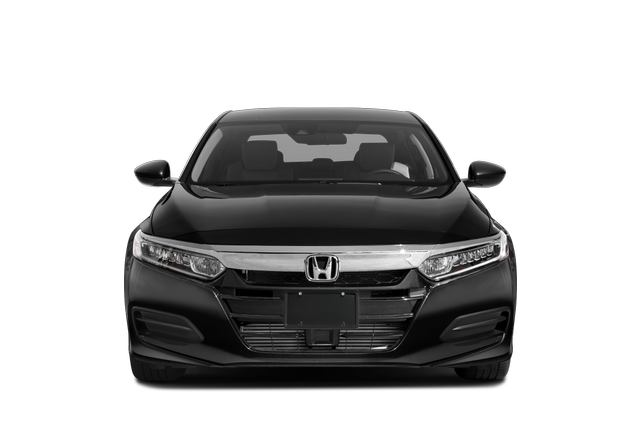 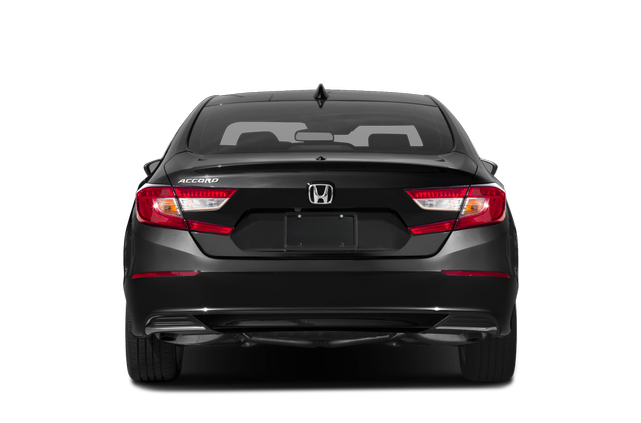 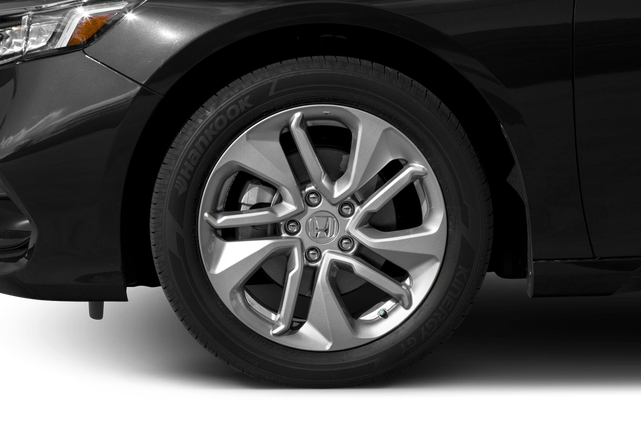 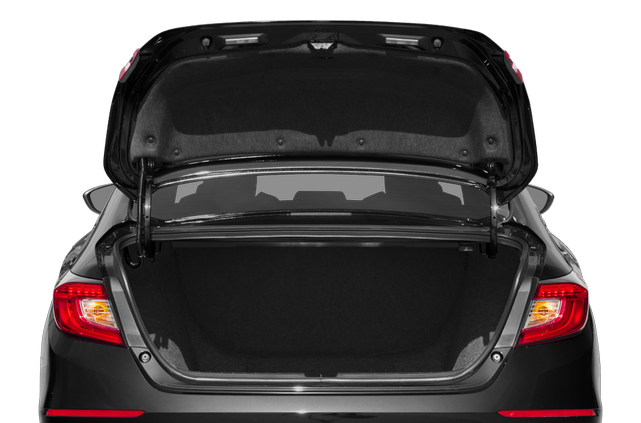 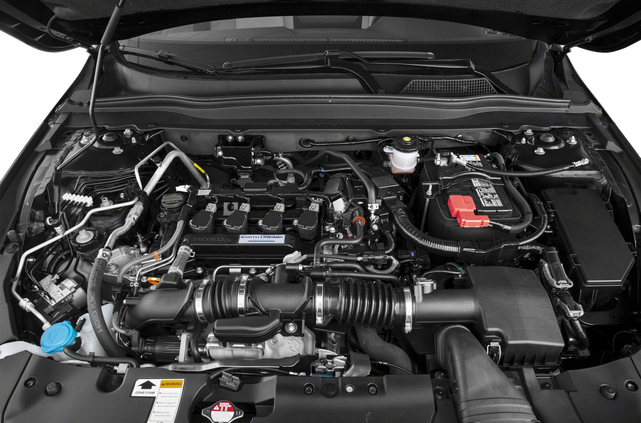 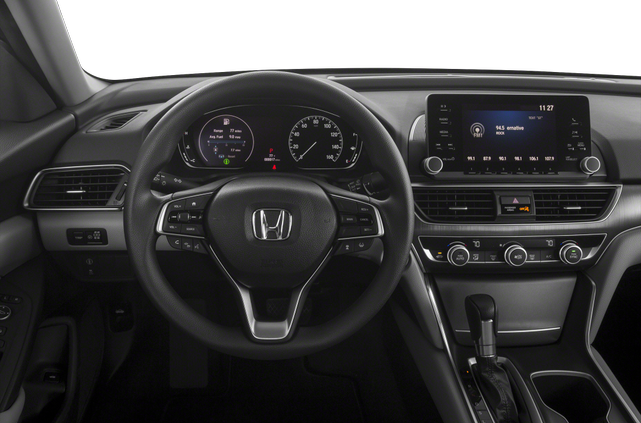 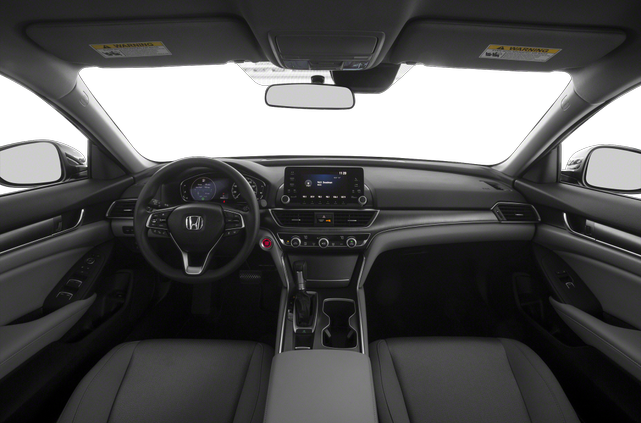 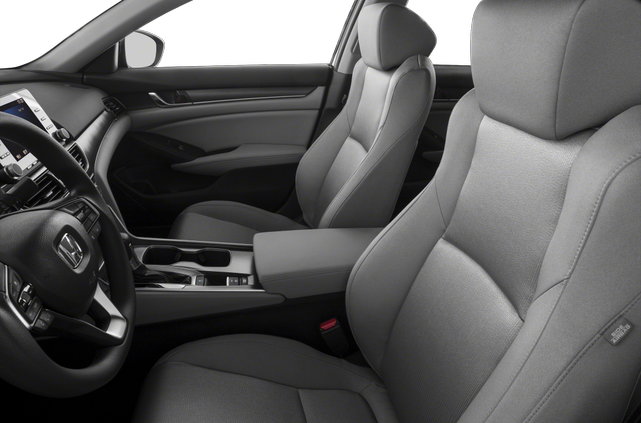 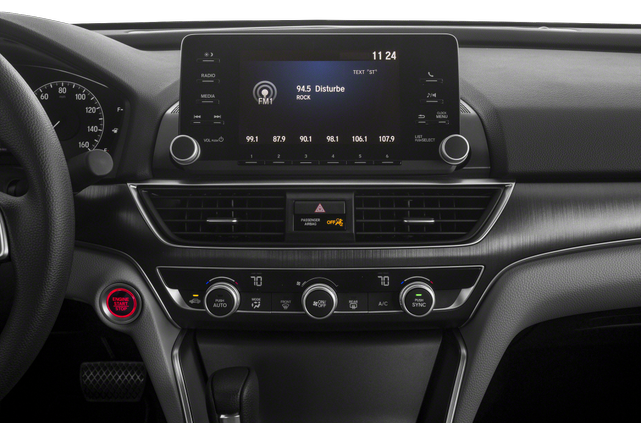 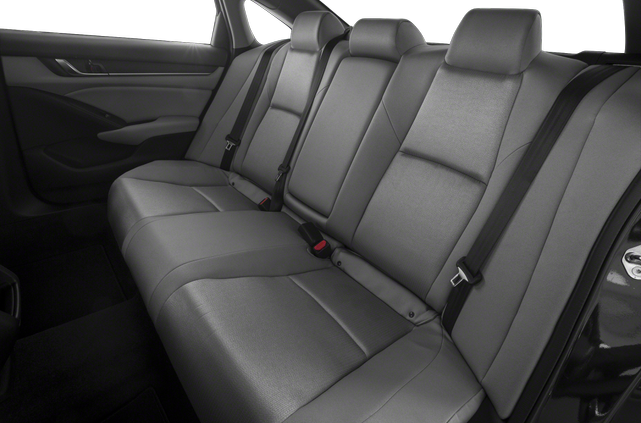 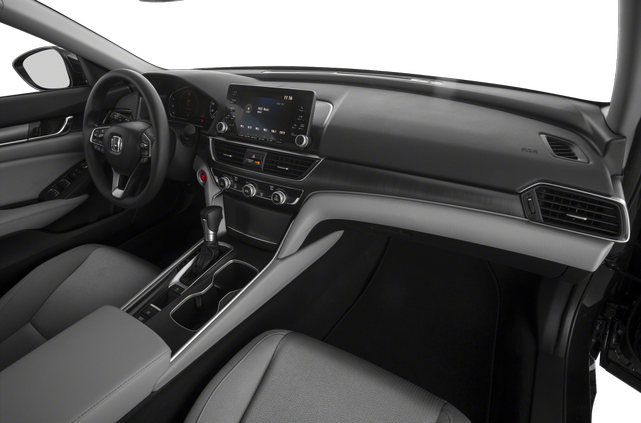 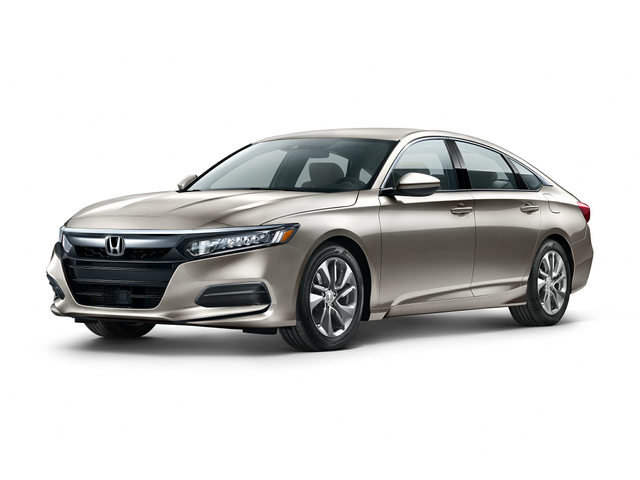 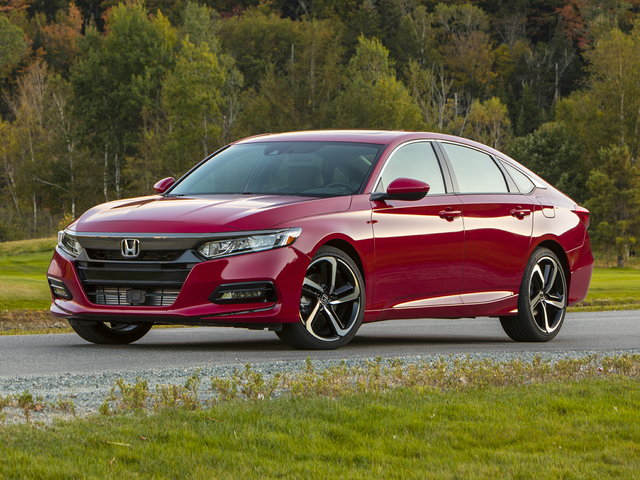 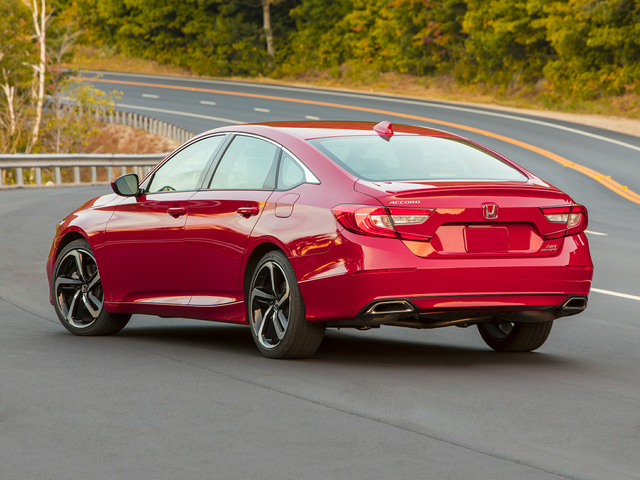 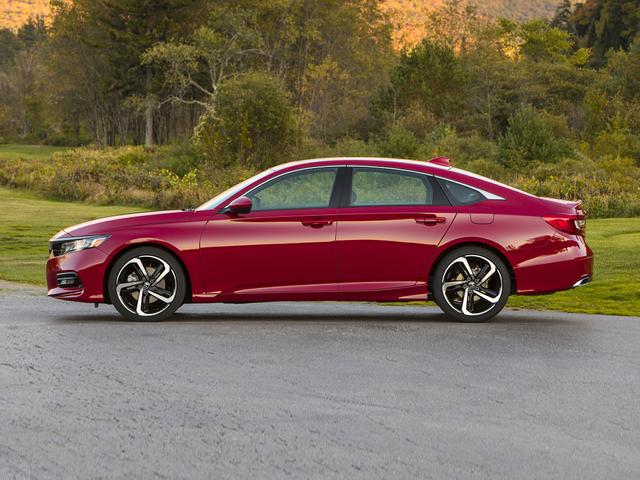 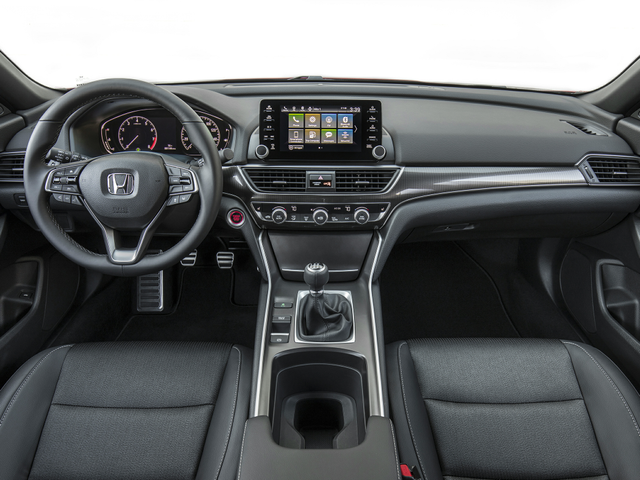 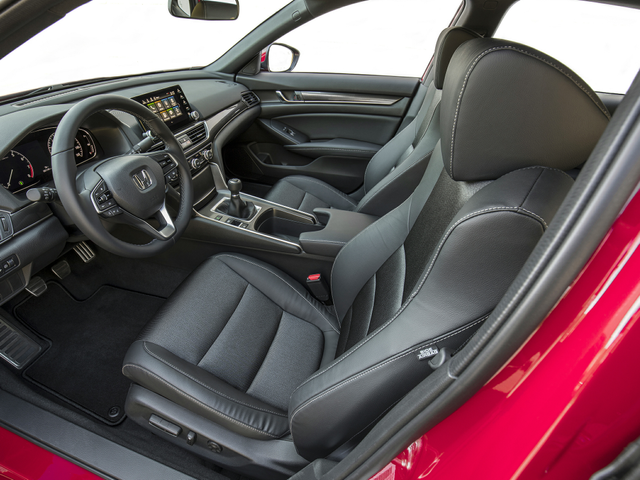 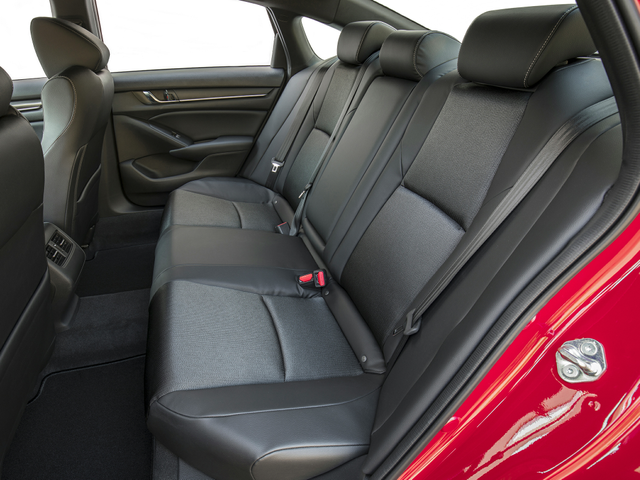