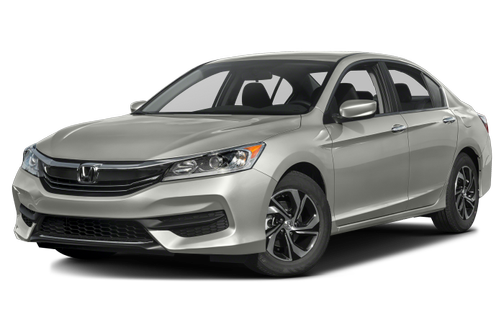 Our 2016 Honda Accord trim comparison will help you decide.

2016 Honda Accord review: Our expert's take

The updated 2016 Honda Accord is a must-drive for any family-sedan shopper, but a few of its many “improvements” are steps backward.

The changes for 2016 could fill a small book. The updated Accord looks different and, in many cases, drives differently; it also boasts new multimedia connectivity and optional safety technology that’s available on all trim levels. Compare it with the 2015 Accord here.

Speaking of trims, the Accord sedan starts with the LX and moves up to the Sport, EX, EX-L (four-cylinder or V-6) and V-6-only Touring. Coupes have roughly parallel trims. I drove Sport and Touring versions in sedan form, but you can compare the whole group here.

Exterior & Styling
Honda could slap an Acura badge on the Accord, at least up front, and fool most observers. With an updated grille, new headlights and restyled bumpers, the 2016 Accord could fill in for a car from Honda’s luxury division. A large chrome strip envelops the grille in decidedly Acura fashion, and Touring trims get restyled multiple-LED headlights that look cribbed from the “Jewel Eye” LEDs on a TLX or RLX. Maybe these are “Cubic Zirconia Eye.”

How It Drives
In the Honda Accord Sport sedan, new 19-inch wheels introduce some ride chop that’s out of place in a segment of smoother-riding Toyota Camry, Nissan Altima and Ford Fusion sedans, especially considering that Honda expects the Sport to account for a sizable chunk of all sedan sales. Last year’s Accord maxed out at 18-inch tires, which other trims still have. That should theoretically keep with the current Accord’s good ride comfort, but you’ll want to drive one to be sure. Honda says it tweaked suspension and body rigidity across the board for 2016, but the only ones I was able to drive had the 19-inch wheels, so I can’t comment.

Touring models also get 19s but pair them with new, unique shock absorbers and bushings to improve ride quality. I took a brief drive in one, and the setup erases some of the Sport’s brittleness, but the Touring still rides on the busy side. Make no mistake: If you ever thought the Accord became too soft, the 19s recall its firmer roots. Frankly, I liked what Honda had achieved relative to the segment prior to the 2016 update. These spindly rims look like a silly aftermarket job. Honda needs to downsize.

There’s no mistaking the four-cylinder’s continuously variable automatic transmission for anything else at low speeds; stay on the gas, and it’s a long, droning climb to higher speed. Toe the accelerator partway down at speed, though, and the transmission induces the familiar downshift sensation of a conventional step-gear transmission. As CVTs go, Honda’s fakes a conventional automatic well enough, and any dissenters can still get a six-speed manual. The 185-horsepower four-cylinder (189 hp in Sport versions, thanks to freer-flowing exhaust) musters up enough power for uphill climbs with two adults onboard, and it revs freely with a satisfying growl, though some of that is simulated through the audio system. As four-cylinder family cars go, the Kia Optima and Mazda6 still get my nod for drivetrain thrills (small thrills, but work with me here), but the Accord is no slouch.

The V-6 Honda Accord is much quicker, though a lot of that exhilaration comes at higher revs. It pairs with a six-speed auto, which shifts ably enough. Sport mode seems to be an elixir for the V-6 — more so than for the four-cylinder — as it holds lower gears longer to unleash the 278-hp engine’s high-revving thrust. If you pile on too much speed, the Accord’s brakes, upsized for 2016 in the Sport and Touring trims, bring it down with sure-footed linearity.

Honda says it updated steering feedback for 2016, and the Accord handles predictably, with quick steering response and acceptable body roll for the class. To the extent that you throw the sedan around, V-6 models feel noticeably more nose-heavy than their four-cylinder counterparts. Performance enthusiasts will appreciate that the V-6 coupe still offers a six-speed manual; V-6 sedans are automatic only.

EPA-estimated combined gas mileage with the four-cylinder and CVT is 30 or 31 mpg, depending on the trim level, with Sport models and all coupes getting the lower number. Manual and V-6 Accords land in the 20s. The four-cylinder’s numbers compare well with the class leaders and beat out the rival Camry by up to 3 mpg. The Accord Hybrid, meanwhile, skips the 2016 model year. Honda says an updated hybrid will arrive for 2017.

Interior
The Honda Accord’s interior, much improved in the current generation, gets some significant changes to the multimedia system for 2016. Little has changed apart from that. Build quality is good, but quality sticklers should look to the updated 2016 Mazda6, the top trim levels of which have leapfrogged the class.

All-around visibility remains good, but the tallest drivers may run out of seating adjustment range, as my 6-foot frame needed the seat nearly all the way back. The backseat has acceptable headroom and abundant legroom, but it sits somewhat low to the floor. The Accord coupe’s three-position backseat is tighter, but it’s generous for a coupe.

Accord Sport sedans have faux-leather seat bolsters, an upscale touch versus last year’s all-cloth setup. Upper trims get full leather. Most have a power driver’s seat, adding a power passenger seat on leather-equipped sedans. Curiously, the coupe has a manual passenger seat no matter what.

Cargo & Storage
Up front, the area ahead of the gearshift gets two storage bins on all trim levels; last year’s Accord deleted one of them in certain trims. The glove compartment and center console are on the small side for this class, so I welcome this addition.

Ergonomics & Electronics
A 7.7-inch upper dashboard screen is standard; like before, EX and higher models replace the controls below it with a second multimedia touch-screen. But it’s now a 7-inch screen with capacitive touch-sensitive buttons and Apple/Android smartphone integration. We’ve harped on capacitive buttons across the market, as they’re difficult to use in an environment that’s subject to motion (like — shocker! — a car). These are a clear step backward for 2016, but at least the head units on trim levels below the EX retain intuitive physical controls.

It’s unfortunate that the capacitive controls offer the only avenue to Apple CarPlay and Android Auto, which are both new for the Accord and included on EX models and up. (Read more about Apple CarPlay here and Android Auto here.) Connect a compatible smartphone via cable, and the systems display a simplified, car-friendly portal of a limited number of apps from your device. Most of them prompt voice recognition via electronic personal assistants like Apple’s Siri, and they also run navigation through Apple or Google maps.

CarPlay allows reasonably fast swipe-to-scroll operation on Apple Maps, but it’s a bit slower than on an iPhone itself. Crucially, the system loses the iPhone’s pinch-to-zoom capability, which means you have to use separate onscreen zoom keys. That’s a drag — and a bizarre one, knowing the Accord’s available built-in navigation allows full swipe and pinch capabilities. More oddness: There are no such issues on Google Maps via Android Auto. The latter portal functions more like an Android device, albeit (like CarPlay) slower than on the smartphone itself.

Some of this may change, of course, as both of these portals can be updated.

Safety
With top scores in every crash test, the current-gen Accord sedan and coupe both earned Top Safety Pick status from the Insurance Institute for Highway Safety. IIHS confirms those ratings will carry over to the 2016 model year, but the organization won’t test the Accord’s auto-braking system until September 2015. The car would need a score of advanced or superior to qualify for IIHS’ Top Safety Pick Plus designation.

See a full list of standard safety features here. Besides the requisite airbags and stability system, the Honda Accord has a standard backup camera. The EX and up add Honda’s LaneWatch system, which puts a camera on the passenger-side mirror to display what’s in your blind spot on a dashboard screen.

Honda groups a host of safety options — including forward collision warning with autonomous braking, higher-speed adaptive cruise control and lane departure warning with steering assist — into a package it calls Honda Sensing. The package is standard on the Accord Touring and optional on all other trims, even the LX, with the automatic. Stick-shift cars cannot get Honda Sensing.

Value in Its Class
Honda doesn’t throw the long ball with premium features. Even a loaded Accord sedan lacks a height-adjustable passenger seat, panoramic moonroof, cooled seats and heated steering wheel, all of which are available in this class. But the Honda Accord counters with a boatload of standard features, among them Pandora, the backup camera, alloy wheels, dual-zone automatic climate control, and a USB port with Bluetooth phone and audio — all for a starting price of around $23,000, including destination fee. Climb the trims, and you can get a moonroof, power leather seats with front and rear heaters, and keyless access with push-button start. An Accord Touring tops out at around $35,500.

The improvements for 2016 should draw more buyers, particularly on the safety front, and the Apple and Android smartphone integration are clear upgrades for a tech-hungry market. The execution falls short in a few areas, but I doubt that will stop many shoppers. The Honda Accord got better overall for 2016, and it remains competitive in a tough field. Throw in the current generation’s solid — though not outstanding — reliability, and the Accord should stay on any shopper’s must-drive list.

Rating breakdown (out of 5):
5 people out of 5 found this review helpful. Did you?
Show full review
4.8

Overall very nice nice ride lots of power all the Bells and whistles. Very nice looking and driving is a nice handling car. So go test drive one today.

December 1, 2020
By Imontanez from Sacramento, CA
Owns this car

This car is spacious and comfortable. Great for city driving or car trips. Great on gas and very reliable. I never had any issues with this car I personally love Honda

Rating breakdown (out of 5):
2 people out of 3 found this review helpful. Did you?
Show full review
See all 285 consumer reviews

News
Which Cars Have Android Auto in 2019? 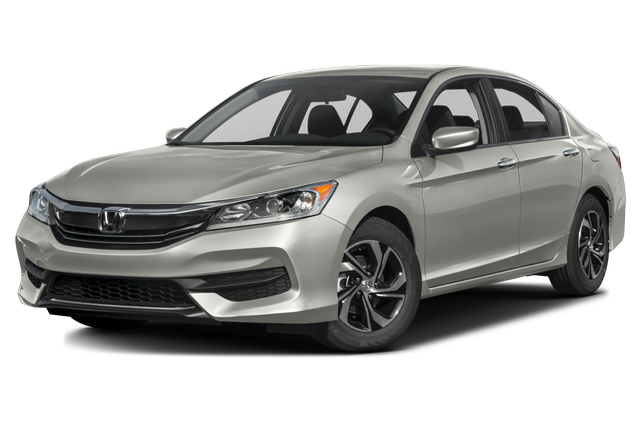 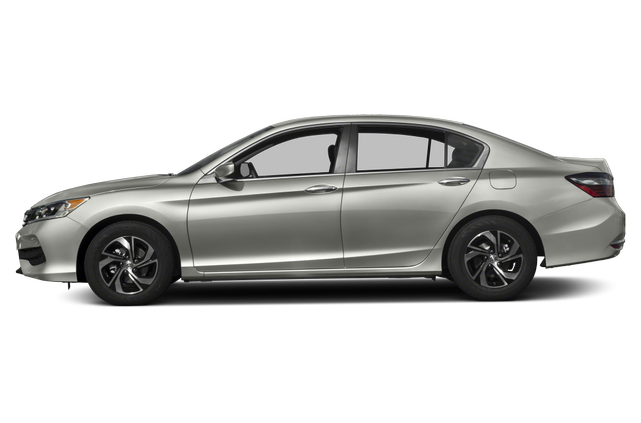 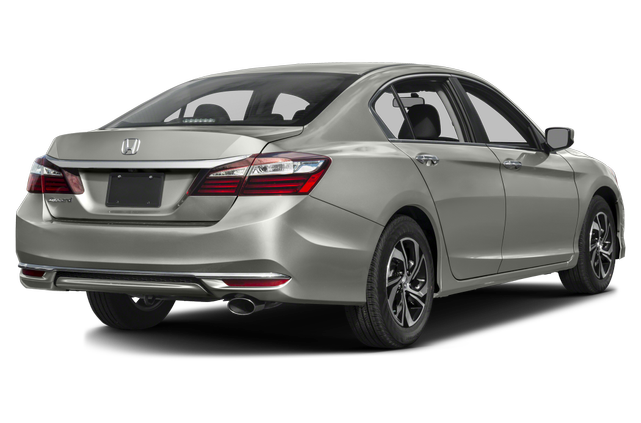 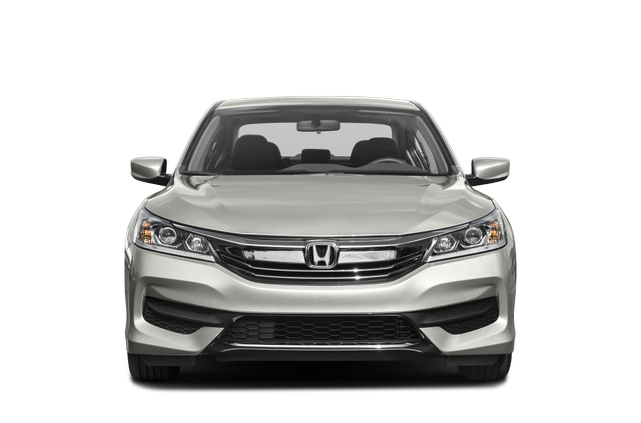 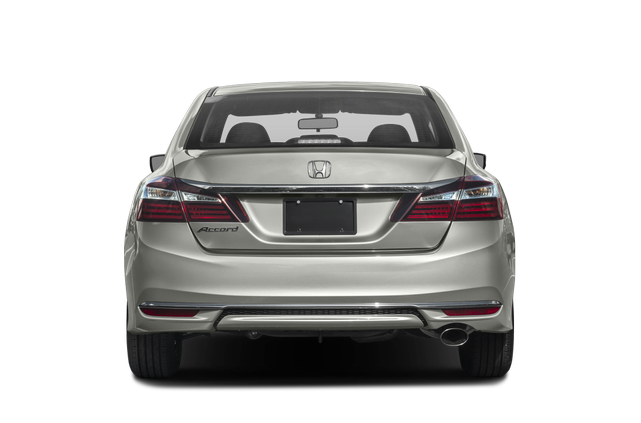 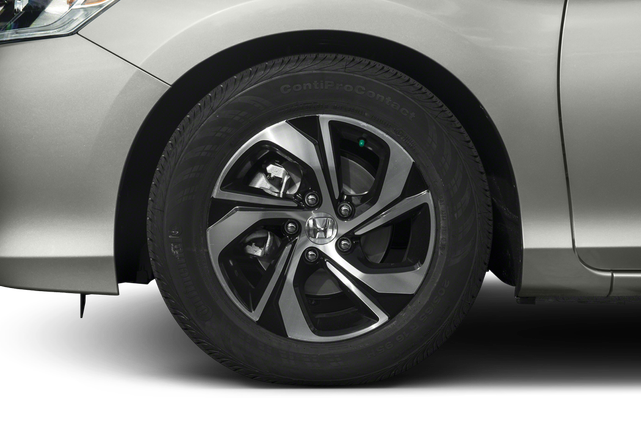 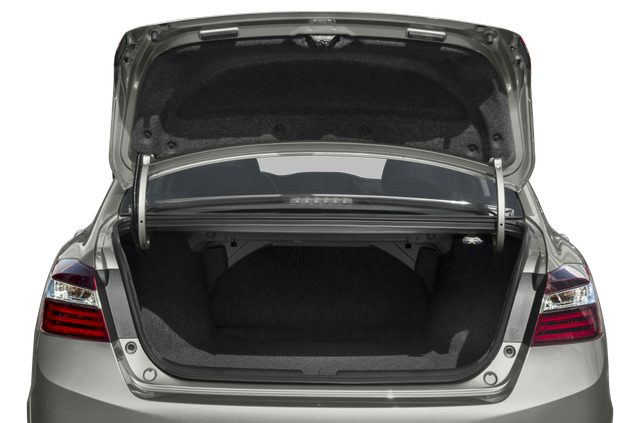 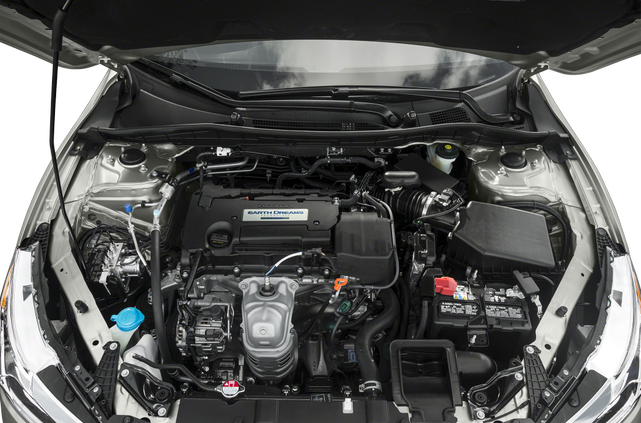 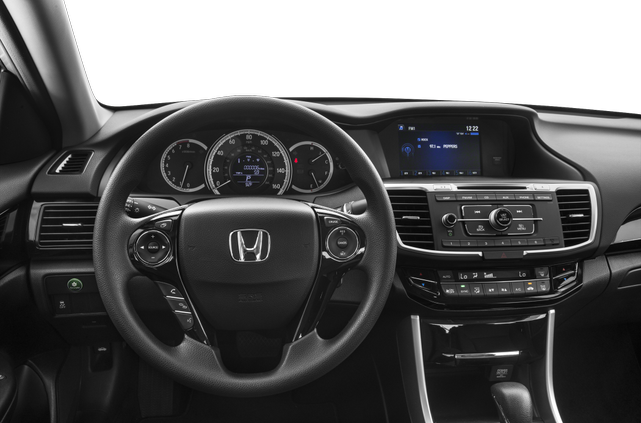 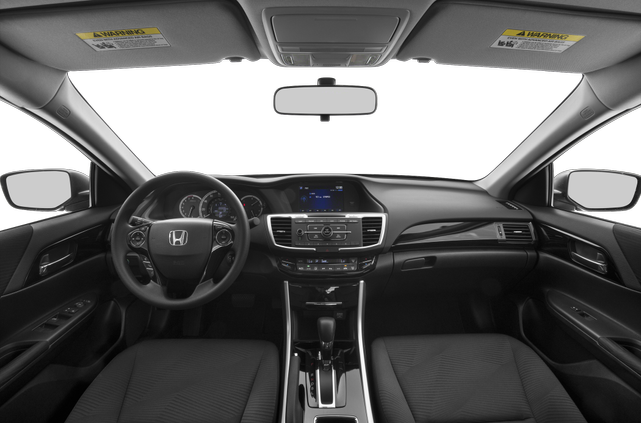 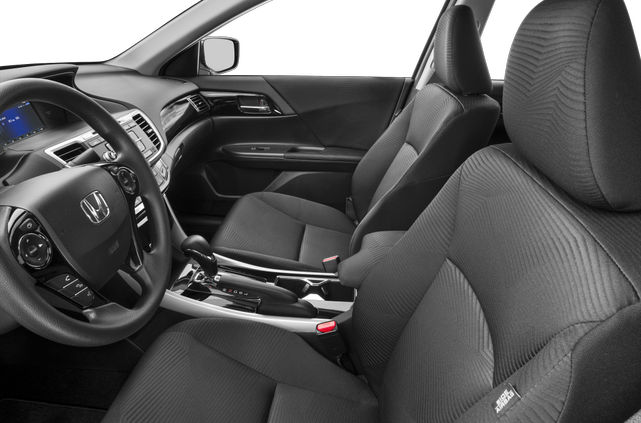 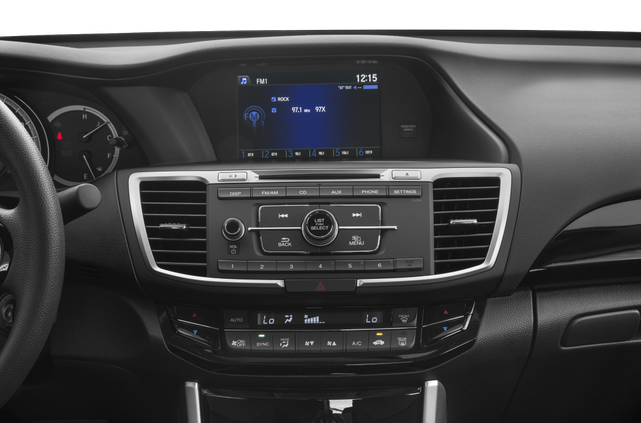 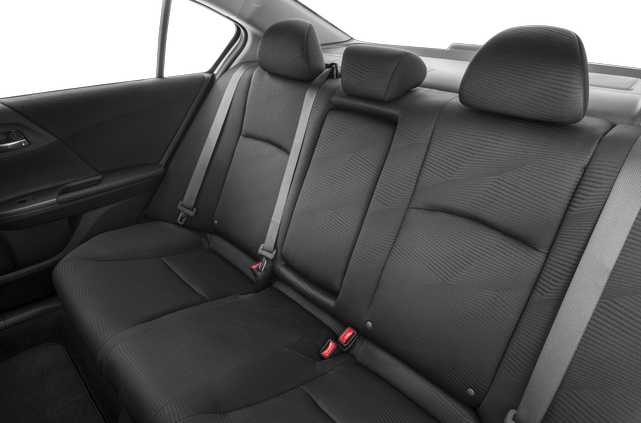 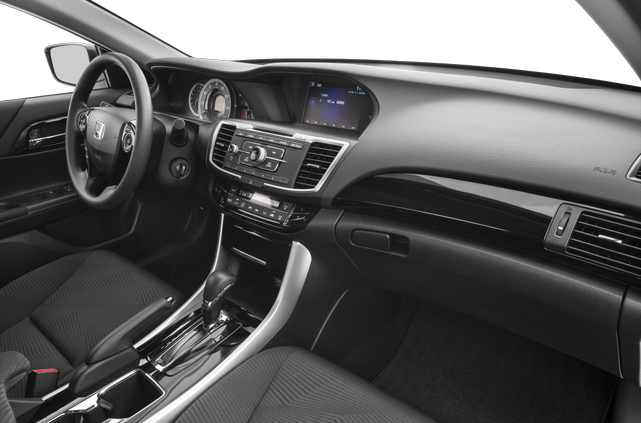 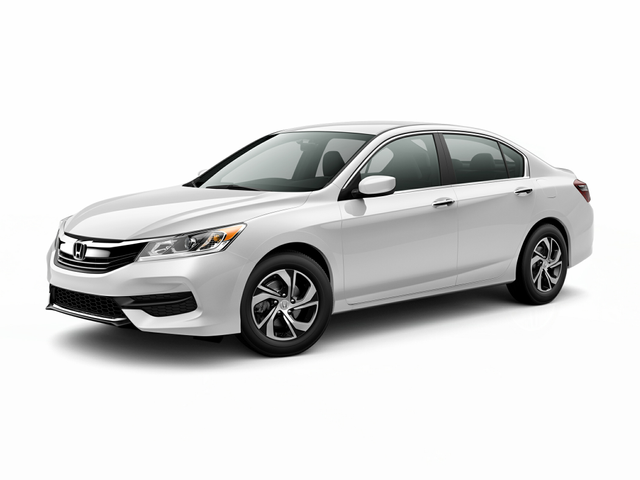 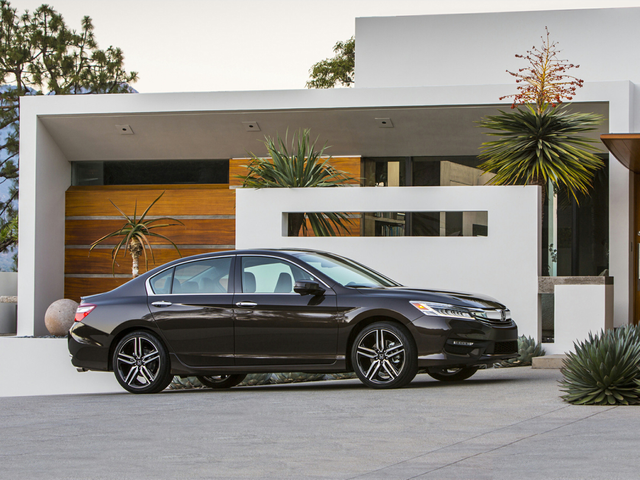 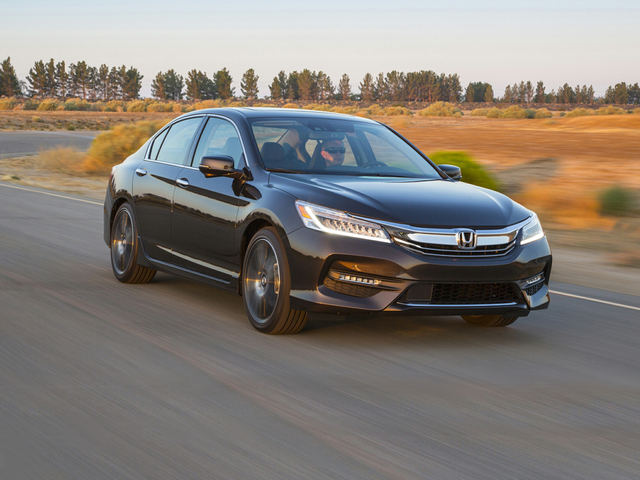 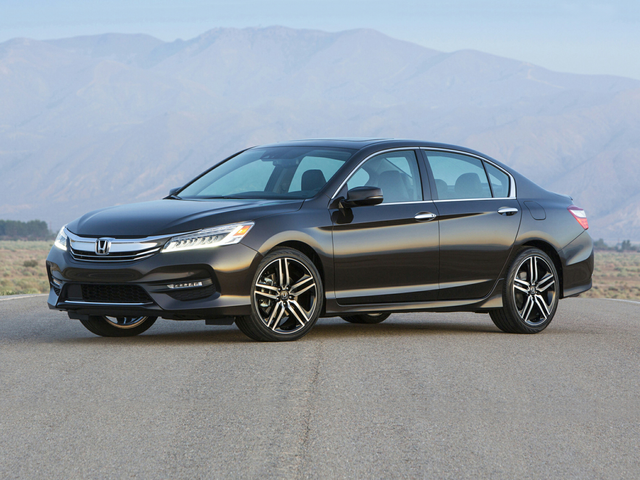 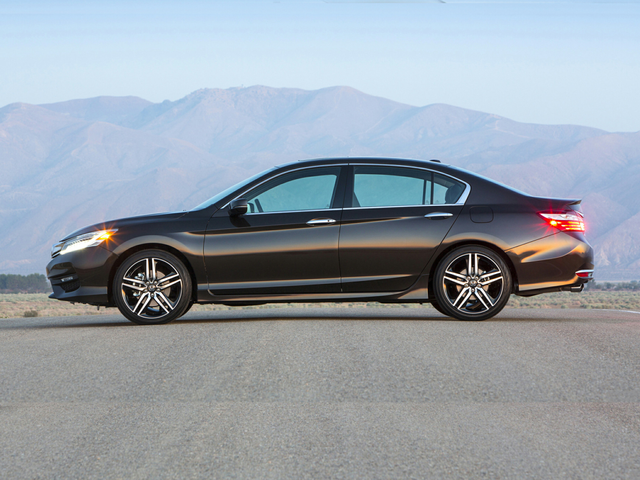 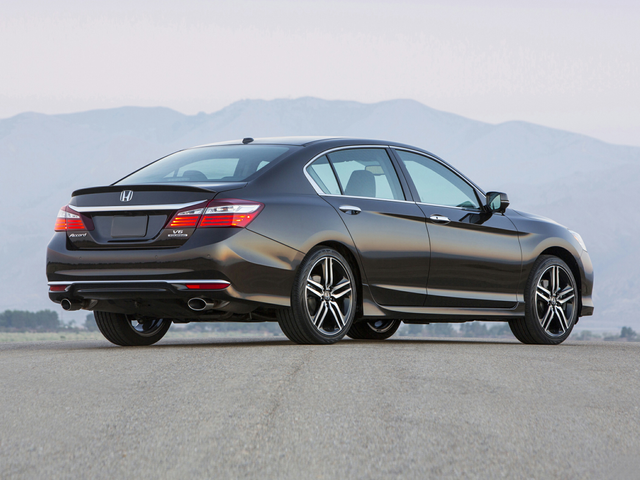 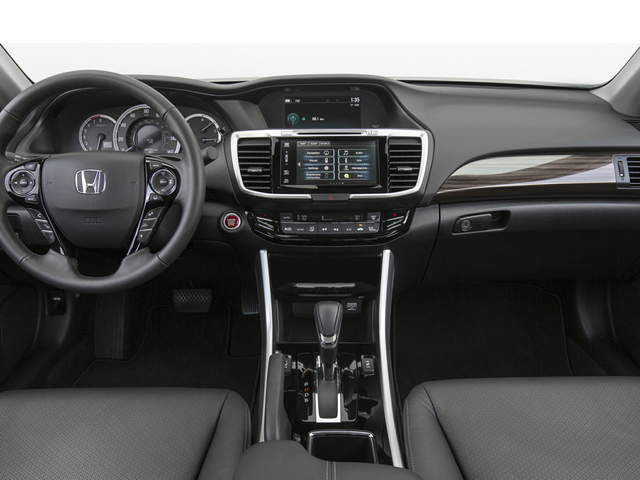 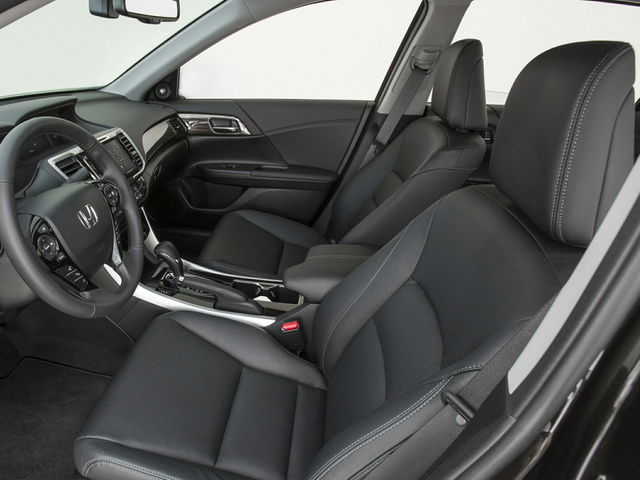 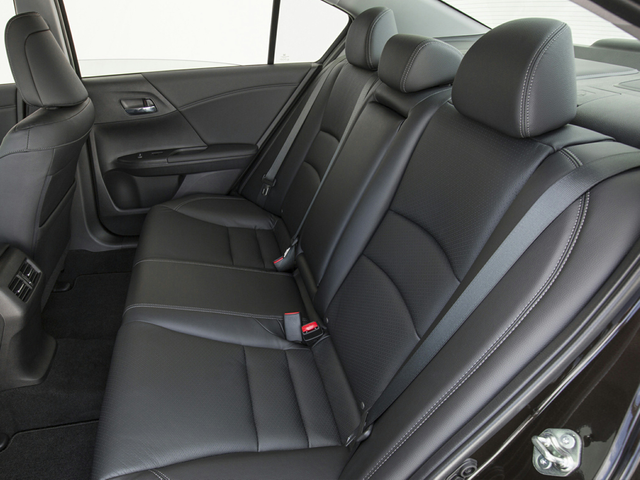