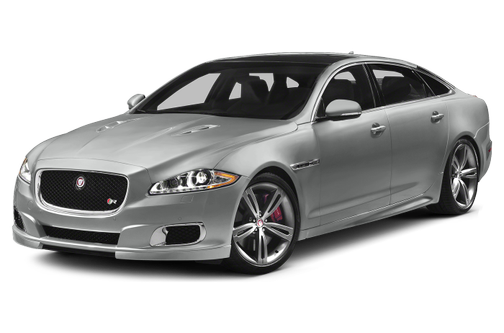 Our 2015 Jaguar XJ trim comparison will help you decide.

The older my kids get, the more I feel like their chauffer more than their parent. Never has this been truer than in the Jaguar XJL.

The 2015 Jaguar XJL is a car that anyone (including myself) would want to be driven around in, but it’s just as pleasurable from the driver’s seat — apart from one major oversight.

The L in “XJL” stands for “long wheelbase,” which primarily adds backseat legroom to the standard-wheelbase XJ. There’s also an XJR, the sportiest version, available in short- and long-wheelbase models.

The XJL comes in two trim levels: Portfolio and Supercharged. The Portfolio offers optional all-wheel drive in lieu of the Jaguar’s standard rear-wheel drive; this is the version I tested. Compare the three XJR versions side by side here.

This year’s model remains relatively unchanged from last year’s, although the 2014 version received quite a few adjustments from the 2013 model year. Check them out side by side here.

For those in the market for a swanky, uber-lux sedan, you may also want to research the Audi A8 or Mercedes-Benz S-Class. See them all here.

Exterior & Styling
The XJL impresses with its commanding looks and strong, lean, feminine curves. If this car were a person, it would be athletic ballerina Misty Copeland in her viral Under Armour ad: long, muscular and graceful in her sheer strength.

How It Drives
The most surprising thing was how nimble, light and easy the XJL was to drive. With a sedan of this size, I definitely came into it expecting something much more unruly and unpleasant. While driving, though, the only time I noticed how big this car is was when trying to turn around in a tight circle to pull out of my driveway. The turning circle in the all-wheel-drive XJL is 42.3 feet, shrinking a bit to 40.4 feet with rear-wheel drive. Those who would like to actively avoid the embarrassing three-point turn should consider the standard-wheelbase XJ and its tighter turning circles: 40.7 feet with all-wheel drive and 39.0 feet with rear-wheel drive.

The 340-horsepower, supercharged 3.0-liter V-6 engine makes the XJL fast when you want it to be, but it’s just as easy to slow-roll through the ‘burbs on the way to Sunday brunch. The stop-start technology, which is designed to help save fuel, is a bit rough around the edges, however, and managed to startle me with each stop and start.

The “intuitive” all-wheel drive in my test XJL also could have used some more … ahem … intuition. After a snowstorm, my test car felt a little skippy when transitioning between ice and dry pavement in my driveway. It felt as if the wheels had to slip a fraction of a second too long before transferring power to the wheels with traction.

And one last piece of constructive criticism: The park assist sensors in my XJL beeped to let me know there was something in front of me, even when I was in Reverse and had clearly moved away from the obstruction. This happened every time I reversed out of a parking spot at the grocery store. The car should be smart enough to know not to alert me about something that’s not a danger; it became difficult to decipher which beeps were relevant and which I should ignore.

The XJL Portfolio with all-wheel drive gets an EPA-estimated 16/24/19 mpg city/highway/combined on premium gas. This reflects a substantial highway penalty versus the rear-wheel-drive XJL Portfolio’s estimated 17/27/20 mpg. Note that the XJL Supercharged is powered by a 470-hp, supercharged V-8 (it was named long before the lesser engine was itself supercharged). It’s rated 15/23/18 mpg and is available only with rear-wheel drive.

For comparison, the Audi A8 L with its base engine and standard all-wheel drive gets an EPA-estimated 22 mpg combined. The Mercedes S550, which comes in just one length (it’s comparable to its competitors’ extended versions), is rated 20 mpg combined with rear-wheel drive and 19 mpg with all-wheel drive.

Interior
The XJL feels as luxurious as it should for its price tag. The interior is wrapped in beautiful tones and textures of leather that invite you to pet it and purr (though I’d recommend refraining from this when you have guests in your car). My test car had light gray leather seats with dark gray contrast piping and stitching; a dark gray leather-wrapped center console and dash with light gray contrast stitching; and a tan suedelike headliner.

Oh, and I forgot to mention the leather door panels that, according to Jaguar, are “inspired by premium, hand-stitched designer briefcases.” I’ve never owned a briefcase, so I can’t say if Jaguar nailed this or not, but I can confirm that they do look lovely. To further customize your XJL, you can choose among 11 wood trim options.

Up front, the standard heated steering wheel definitely got its fair share of use during my week driving the XJL. The front seats are incredibly comfortable and luxurious enough to transport government dignitaries, celebrities or even just my 14-year-old daughter. Storage is limited to a small center console, a small storage tray with a cover in front of the console, and two cupholders with covers you can slide closed when not in use.

The rotary dial gearshift fits into the upscale appeal of the XJL and rises up when you start the car. It retracts down and out of the way when you shut down.

The XJL’s most impressive story is its backseat. The long wheelbase adds an incredible 5.1 inches of rear legroom, bringing the total up to 44.1 inches. This beats out Mercedes’ S-Class, which has 43.0 inches, and thumbs its nose at the Audi A8’s bourgeois-feeling 42.9 inches of rear legroom. With my teenager in the front passenger seat, my two younger girls (ages 10 and 12) were thrilled with the enormous amount of space to stretch out and lounge around in. Throw in the standard heated and cooled rear seats and my kids start getting a little too pampered. Could someone please feed them some chilled grapes?

The backseat has a center armrest that folds down, revealing two cupholders and two small storage bins. In-door “briefcase-inspired” storage, as well as pockets on the front seatbacks, gives your royalty plenty of places to store their riches, or just their math workbooks.

Ergonomics & Electronics
Sadly, the XJL falls flat when it comes to usability of its “intuitive infotainment” system, which controls everything from the audio system and navigation to climate settings throughout the vehicle.

The touch-screen control panel lags behind, waiting a second or two after it’s been touched to respond. When you try, for example, to quickly scroll through radio stations, there’s a delay before the screen reacts to what you want it to do. It kind of makes me want to slap it like I do my phone when the maps app stops behaving properly — but then I remember that this car costs several tens of thousands of dollars more than my little iPhone and I refrain. (The slapping never really seems to help, anyway.)

In additional to unresponsiveness, the system is just too complicated to do something as simple as turn on the seat heater — something I do every day for months on end. I have to toggle through multiple menu screens and go through three separate onscreen “button” touches before getting it to turn on, all while navigating around school buses and headphone-wearing teenagers crossing the street in the school zone. The system requires too much eye time away from the road to operate thoroughly and safely, unless your personal assistant is along for the ride doing it all for you.

The massaging front seats in my test car (an $800 option) were almost blissful enough to distract me into forgetting about the above annoyances, but given I couldn’t safely turn on the massaging seats while driving, I resisted the bliss.

A powered trunk lid is standard, and the lid opening height is programmable.

Safety
The 2015 Jaguar XJL has not been crash-tested.

Blind spot warning and a backup camera are standard features on the XJL. They’re features I deem absolutely necessary, especially given the decreased rear visibility from the XJL’s swoopy lines. Front and rear park-assist sensors are also standard, alerting the driver with both a tone and a visual cue on the touch-screen to any obstructions in front of or behind the vehicle.

My test car did not come with the XJL’s available adaptive cruise control system, but on vehicles with this option, an advanced collision warning system “watches” ahead for any possible impending collisions. It will alert the driver and pre-charge the brakes to provide maximum stopping power when the driver does apply them.

My test car came with an optional $850 Visibility Package, which includes my new favorite feature: intelligent high-beam lights that automatically switch between high beams when needed and regular lights when another car is approaching. Also part of this package is adaptive front lighting that pivots the headlights in the direction of a turn to keep the lights on the road, as well as illuminating an additional cornering light outboard of either headlight when you turn your turn signal on to light up the road onto which you’re turning.

Families brave enough to install child-safety seats on the XJL’s beautiful leather seat will be thrilled with the amount of legroom even for bulky rear-facing car seats. However, the lower Latch system anchors (located in the two outboard seating positions) are deeply buried within the seat bight, with virtually no clearance on top to work fingers and Latch connectors into.

The seat belt buckles in the backseat are nearly flush with the bottom cushions, which may make it tricky for independent youngsters in booster seats to buckle up on their own.

Value in Its Class
While the XJL warrants its price tag with its beautiful upscale fit and finish, plus general seating and driving comfort, at this price a consumer won’t be willing to turn a blind eye to oversights. In this case, the XJL’s practically unusable multimedia system would prevent me from delving in. Where’s that rumored Apple dashboard when you need it?

November 1, 2019
By LoveMyXJ from RARELY DO - HENCE THE LOW MILEAGE!
Owns this car

October 25, 2019
By JAG Nation from Augusta GA
Owns this car

This is one of the best vehicles I have ever drove. Smooth ride, great on gas, awesome interior, and unique color scheme. I love this car, Go JAG Nation. 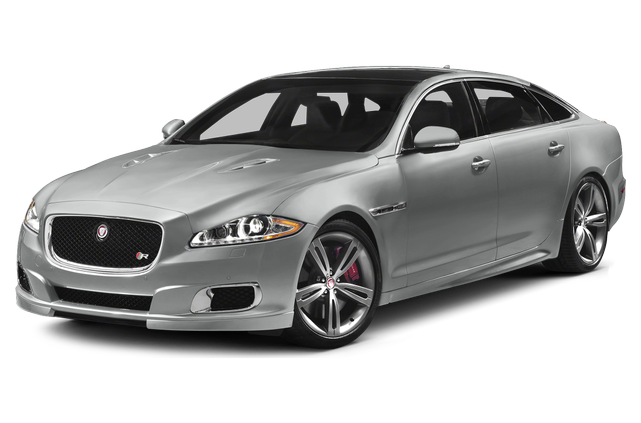 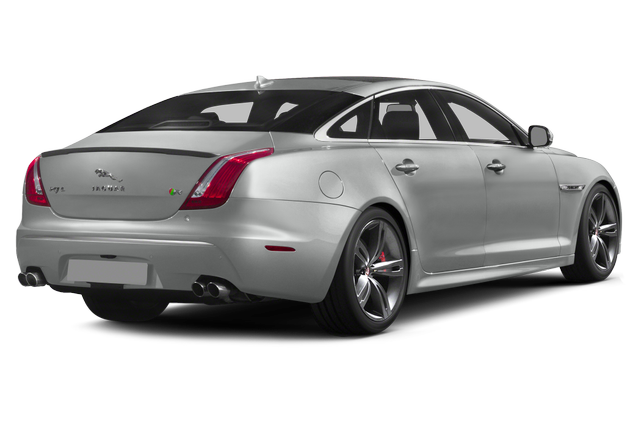 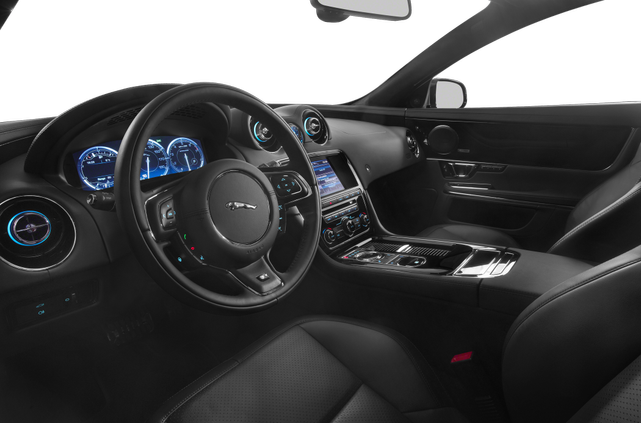 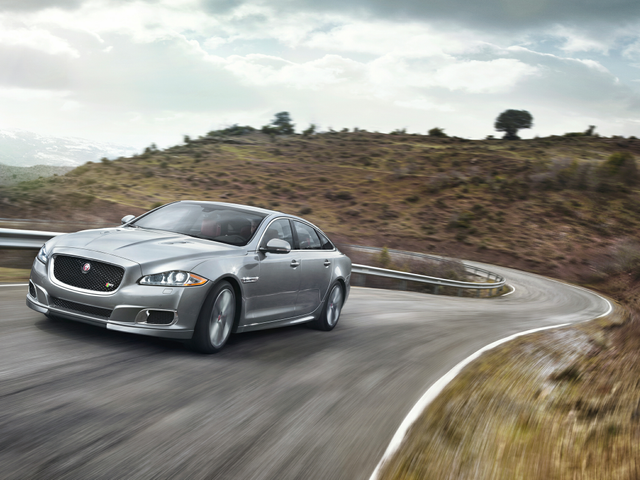 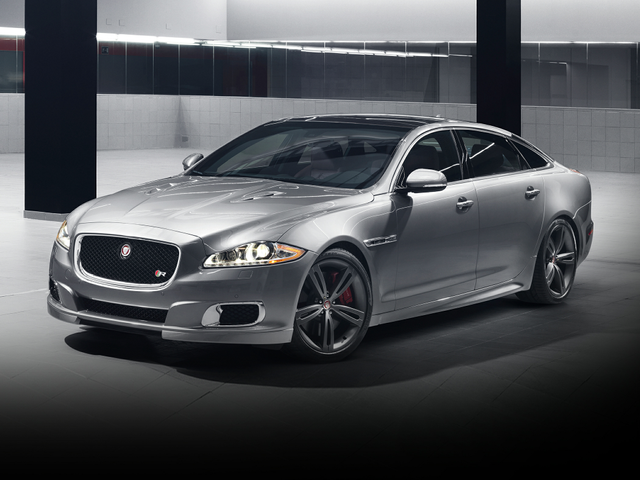 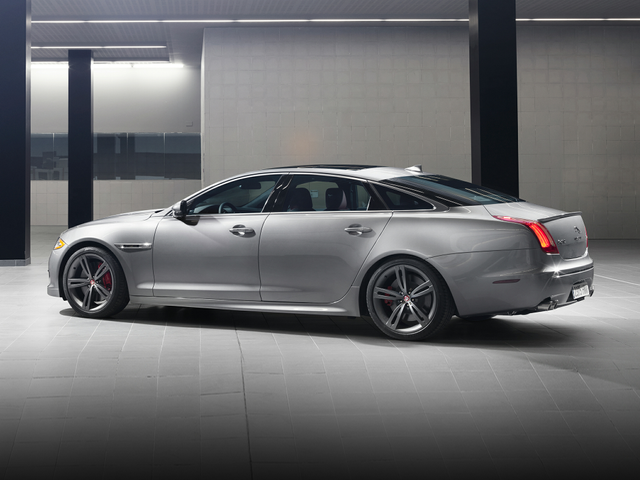 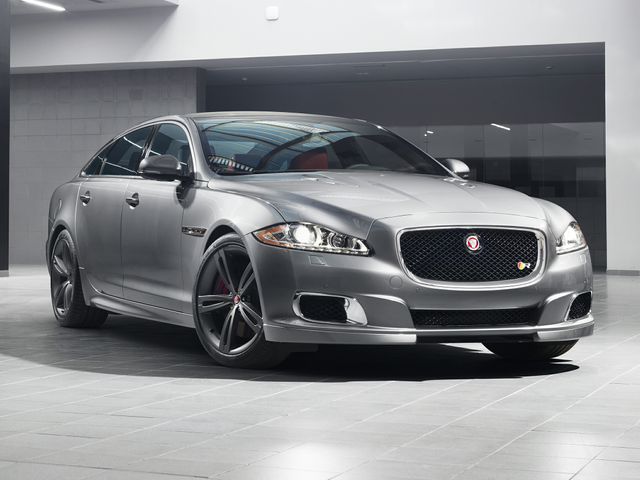 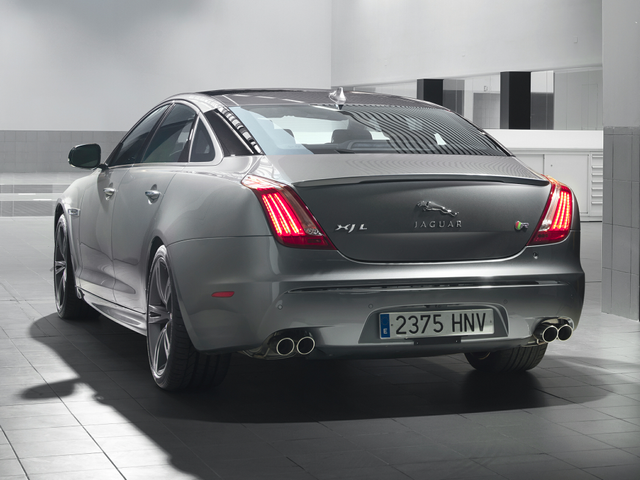 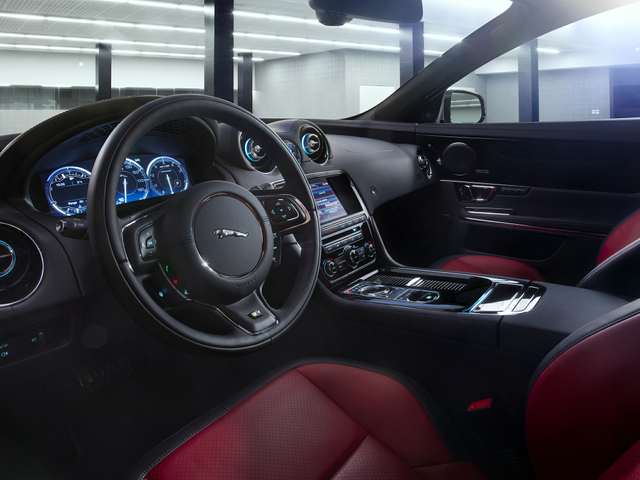 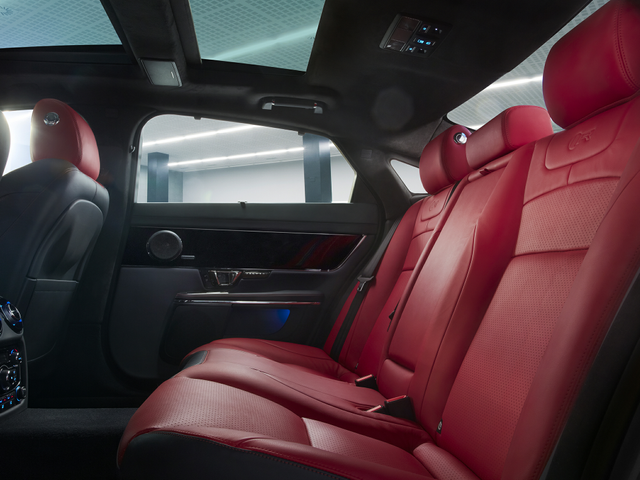