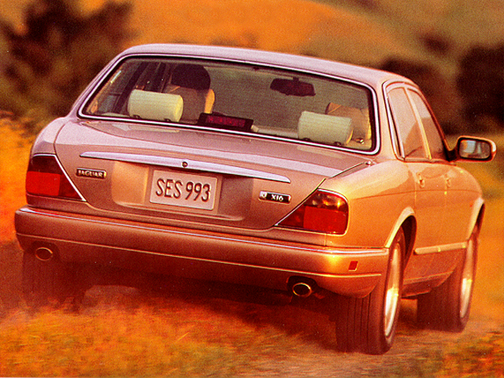 Our 1995 Jaguar XJ6 trim comparison will help you decide.

Jaguar cars have gone from standing joke to sitting comfortably at the feet of Cadillac and Lexus in surveys of the reliable and satisfying.

And these were the spit-and-spackle cars, cobbled by new parent Ford, who prayed dignity and genealogy would sustain sales while Anglo-American management treated Jaguar’s primary infections: Dickensian production facilities, a joyless work force and vehicles that usually died shortly after being born.

Ford is now five years into its $3-billion purchase and equally expensive rewhelping of Jaguar.

Behind the British scenes, leaner assembly teams are working with motivated supervisors in a more modern plant of aerospace cleanliness. The primary passions were quality, productivity and revising international perceptions. Customer expectations had become management’s mantra.

In American showrooms, those transitional cars of the early ’90s–aided by relentless attention to reliability, price reductions, honest admission of yesterday’s warts and unprecedented cash-back guarantees–have not only stalled Jaguar’s descent but brought the British company clawing back.

Jaguar even has its nose under the tent flap of J.D. Power’s customer satisfaction rankings.

Now the 1995 XJ sedans, the first all-Ford Jaguars, are here.

And they are bloody wonderful. Ford, blessedly, has not meddled with Jaguar’s good and traditional things: that wonderfully secure ride and elegant surroundings suggesting tea at the Savoy.

The leaping kitty is back as a hood ornament, albeit a $200 option to a dull, flat badge. Leather seats still fit like chamois Windbreakers, and an aristocratic, semi-sporting ride promises there will always be a Jaguar. Also that someone up there at Ford appreciates the inner soul of this big cat and considers it sacrosanct.

Styling, maybe the first area where one would expect visible Americanization, only recovers and enhances the car’s heritage. Although all body panels are new and more than 2,000 components fresh or retooled, the XJ’s hunkering silhouette remains largely unchanged–with the distinctive retrospective of four circular headlights, plus eyebrows, that first winked at us from the Series III Jaguars of the early ’80s.

Gone are irritations that emerged in 1957 with the Mk VIII sedans and made owning a Jaguar more painful addiction than daily pleasure. And to remove risks from writing that sweeping conclusion of dependability, we thrashed several new Jaguars over a period of three months, on far, lonely roads and at Willow Springs International Raceway.

Nothing broke, leaked, cracked or even creaked. The electricals–Jaguar’s albatross and systems that usually suffered more burnouts than Edison’s first light bulbs–held firm. No piece of trim, knob or cover worked loose or fell off.

For the first time from many Jaguar litters, the 1995 cars inspire confidence that every turn of the key, each touch of latch or switch will produce the designed response. Every time.

The new luxury lineup starts with the XJ6 in base form and the more statuesque Vanden Plas. Prices are up about $2,000 from last year, with the XJ6 selling for $53,450 and the Vanden Plas costing $62,200. Both are powered by a 4.0-liter straight six with a new cylinder head and block, redesigned camshafts, more sophisticated engine computers and a 10% power increase to245 horsepower.

So much about the XJ6 is fresh, very welcome and designed to coddle driver and passengers during long and rapid touring.

There’s a new tr ction control system to adjust brakes and throttle when wheels lose their grip. Also 12-position power seats with memories, telescopic and tilt steering wheel, and that most useful of Detroit touches: an overhead console with cubbies for sunglasses and garage-door opener.

If there was one really awful trait of past Jaguars, it was stiff, piggy handling. They were never a match for competition that included the sweet and nimble BMW 5-Series, Lexus 400, Cadillac STS and Mercedes-Benz E320.

In a hurry on twisty roads, the British entry was a field trip in the bad physics of top-heavy weight transference.

The ride is still not ideal for running cones and hairpin turns. But there are quicker, highly accurate responses to steering input. Thanks to revised front suspension geometry and stiffer shocks, the new cars sit flatter when changing direction.

From leather dash and a J-gate shifter–with the short side still allowing down-shifting and engine-braking–the outlines of the interior are only lightly resculptured, a little more modern. Yet just as familiar and comfortable.

Head and leg room have been stretched a smidgen or two, but all that does is transform the cabin from tight to cozy, with a roof level that is a hair-ruffler for the vertically endowed, front and back.

If there is one large and inexplicable botch, it is the absence of a glove box. That dashboard space is eaten by a passenger-side air bag. Yet most cars in this luxury sedan class manage to offer both.

There is a sense to driving a Jaguar with its solid talent for high-speed cruising that is as distinctive as the heavy gait of a Mercedes, or the eiderdown ride of a Lincoln.

It’s a velvet surge. There’s this whoosh of high performance as a six-cylinder engine with a direct bloodline to the XK-120, Stirling Moss and D-Types propels a two-ton sedan like a two-place roadster. And about as quickly.

It’s all done in smooth, silent style. It allows dignified, impressive passing, much the way royalty moves through a crowd. Such travel also happens to be friendly and enormously entertaining.

Or yet another subtle reverence of Jaguar.

The Good: Well crafted and mechanically reliable at last. Perfect blend of heritage and technology. A V-6 that hauls like a V-8. Will be high style a decade from now

The Ugly: When was the last time a manufacturer charged extra for a hood ornament?

April 5, 2021
By Richard from Washington DC
Owns this car

July 22, 2018
By MarkATL from Atlanta, Georgia
Owns this car

I bought this car used from a nice elderly couple that wanted a bigger car at 100,000 miles. I had always wanted a Jaguar and I wanted a newer one but my husband didn?t want to pay that kind of money. It had had ?traction fail? lights and ?check engine? and ?maintenance required? from day one. This car can?t stay out of the shop. It?s slow and the ride is awful. It only takes premium fuel as well and it chugs it too. Don?t buy this car your asking for trouble.

Rating breakdown (out of 5):
1 person out of 2 found this review helpful. Did you?
Show full review
See all 13 consumer reviews

All model years for the Jaguar XJ6 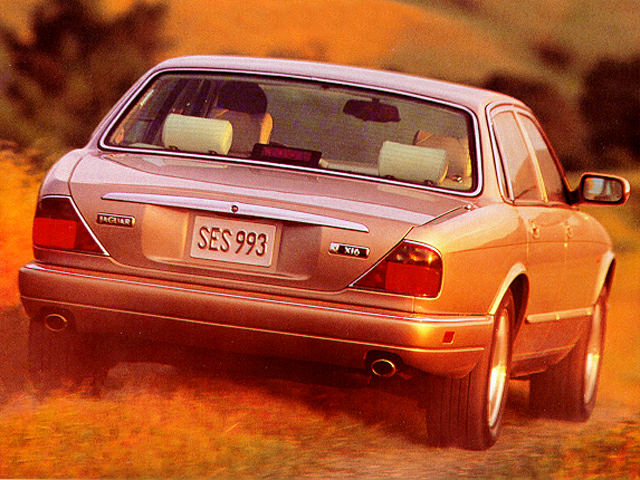