Our 2002 Kia Sedona trim comparison will help you decide.

Tell folks your ride is a Kia, and they’re likely to arch an eyebrow.

The last thing with which they’re likely to associate the name is a minivan, for this is the first minivan to originate in South Korea, Kia’s home, and was just introduced for the 2002 model year. It’s not mini in the sense of tiny, either, but rather in the accepted sense of garageable, unlike those things that make runs to the airport.

In size, the Sedona lies between the standard-wheelbase Dodge Caravan and the extended wheel-base version of that archetypal soccer-mom mount.

To which, it can accommodate 7 people, assuming the median age isn’t too high, stretching 194 inches overall. The axles are 114 inches apart.

It stands 5 feet, 9 inches high, so it’s neither cute nor overwhelming, and offers a driving position that is the No. 1 thing many people love about SUVs and minivans: raised above the passenger-car riff-raff.

There’s nothing daring about the exterior styling, which is also to say it’s neither bizarre nor overdone. It would fit right in at any church picnic.

It’s certainly an audacious move for one of the smallest players in the U.S. market to introduce a vehicle in this class; it’s remarkable how well they did with this first effort. People buy some marques for their established quality, reflected in the absence of unscheduled trips to that torture chamber called “the dealer’s.”

With Kia, as with its new parent company Hyundai, the lure is price, with what at this point can only be characterized as a hope for longevity. Like Hyundai, Kia offers a knockout warranty that can be construed either as betokening the maker’s confidence or the marketplace’s skepticism – 10 years, 100,000 miles on the powertrain, and 5 years, 60,000 comprehensive protection. An unlimited-mileage 5-year roadside assistance plan is thrown in as a lagniappe. If that doesn’t get your attention, the sticker will. You can get in a Sedona for considerably less than 20 grand, and even that one isn’t too austere.

At a minimum, the base Sedona LX has a six-cylinder engine coupled to a five-speed automatic transmission, two sliding side doors, body-colored side moldings, privacy glass, power locks, windows and door locks, air conditioning, power mirrors, tilt wheel, cruise control and a plethora of cupholders and vanity and courtesy lights.

If you feel bad about spending so little, you can pop an extra two grand for the EX series, marked mainly by its (optional) contrasting body side moldings and some upgraded interior components. The radio is souped up and there are electrically-operated pop-out windows in the rear quarter. But mechanically, it’s identical with its more value-conscious sibling.

Antilock brakes are optional, but at least they’re available on both series. The EX can also be fitted with a power moonroof and leather seating.

The EX I was given to try out was loaded, and it still stickered at less than 24 grand, a price that falls short of what a good midsize sedan goes for these days.

Fit and finish on my sample were quite good, and the interior materials appeared to be of good quality and were pleasant to behold and to touch. The leather even had a little of that tackroom aroma that makes it worth the price of admission. The Sedona is made in South Korea, so don’t expect to special-order one. One would imagine, given the price, that most dealers will order EXs with all the goodies, so color choice may be the only variable.

So is it as good a buy as it appears to be? Dunno, and that’s the rub. Only time will tell, although I encountered nothing that would make me doubt it.

The ride quality, unladen, was pretty good. I suspect that if it were burdened with the rated 1,186 pounds load, the shocks and springs would seem a bit overworked, but that’s okay; it’ll be spending most of its life well under gross vehicle weight, I’d imagine. That is my cue to mention something gross – the vehicle weight. Standing there with no load and half a tank of gas, a Sedona goes 4,709 pounds. That nearly 500 pounds more than a comparably equipped Dodge Grand Caravan. I suppose Kia would argue that its mass argues for the solidity of its construction, but I think the truth is they’ve not yet mastered the subtle art of saving avoirdupois without decreasing strength.

In charge of moving all that bulk is a 3.5-liter double-overhead-cam V-6 engine. It produces 195 hp at 5,500 rpm, and 218 foot-pounds of torque at 3,500. It works for 87-octane. Even with only a driver, albeit a restaurateur’s delight, the Sedona was predictably slow off the mark. It got to 60 mph in a bit over 12 seconds – school bus territory. Once under way, however, it didn’t feel all that bad. The torque was present over a fairly wide range, and with five gears abetting, the machine felt brisker than the drag-race figures imply.

The transmission was not the greatest, with sometimes harsh changes under heavy throttle and a reluctance to obey an order for a quick downshift. In moderate going it was fine.

The Sedona’s official interior volume is 150 cubic feet. With all seats in place, there’s 21.8 cubic feet for cargo behind the third row, about 50 percent more space than you’d get in a midsized car’s trunk.

Kia was astute enough to maximize the utility by making the second and third rows either foldable or removable, to accommodate many permutations of people and stuff. The twin sliding doors help, too. I know moms worry about that outside door, but it has a child-safety switch which prevents it from being opened from the inside – just tell the little beggars they’re under arrest. It slid easily enough, even on a moderate grade, that I didn’t long for a power assist.

Kia barely began crowing over that honor when the Insurance Institute for Highway Safety weighed in with a bucket of cold water. The IIHS tests are more severe than the government’s. They call for a 35-mph offset crash into a barrier. They decreed the Sedona “acceptable” overall, their second-highest rating. (They’re stingy with the adjectives; their top mark is “good”. They thought the test dummy was thrown about too much, suggestive of the possibility of head and neck trauma. The real bummer came when IIHS did its 5-mph bumper crash tests. When they ran the front of the Sedona into a flat barrier, both air b ags went off. (They’re not supposed to trigger unless the collision speed is 25 mph or so). Fixing them plus the bumper would cost $4,305, IIHS estimated. Air bags aside, the rear bumper seemed to be made of cardboard; it allowed $2,971 worth of damage when pounding a pole at a mere 5 mph. At that rate, it might pay to have an aftermarket radar unit added.

On the air bag issue, Kia claims it has reworked the system to keep the bags stowed unless it’s a much more serious impact. Neither head nor side-curtain bags are available.

The brakes are discs/drums. Pedal feel was rather mushy, and stopping distances were somewhat extended.

Not the best...but it works.

As a $10 gift, this van was more than a deal. However, we have easily spent as much money in parts (and a few complicated repairs) as the van would have cost new. We have owned this van for ten years, with 151,000 miles on the odo. The van has gotten us where we needed to go. We've experienced just about every problem mentioned in the forums, though...and maybe a few more, to boot. Since our ownership of the van beginning approximately at 30,000 miles, we have had to repair/relace the following: 1. The alternator (3x). 2. The parking brake (1x). 3. The MAF (mass airflow) sensor (2x). 4. The coolant lines underneath the vehicle (1x). 5. Three of four oxygen sensors (1x). 6. Both rear shocks (1x). 7. The passenger's CV axle, with the driver's side still needing to be replaced (1x). 8. The climate control board (1x). 9. Both rear sliding door handles (2x). 10. The passenger's side sliding door hinge (1x). 11. The steering gearbox (1x). 12. Both engine valve covors need to be replaced. 13. The crankshaft position sensor (1x). 14. The serpentine belt tensioner pulley (1x). 15. An expansion valve, part of the A/C system 16. A piece of the exhaust pipe (1x). 17. One catalytic converter (1x). 18. Most of the evaporative emissions system (1x). One of the biggest – and most concerning – complaints about the 2002 Kia Sedona is a very bad stalling problem. We experienced this to the extreme. However, we were able to solve the problem. I find it very surprising that mechanic's shops and even the Kia dealership couldn't. Perhaps it is because the problem is so illusive and under-the-sun. The cause of the problem was the a failing component of the evaporative emissions system. The purge valve was failing, which permitted actual gasoline to fill the charcoal canister. This resulted in an overly lean air-fuel mixture, and therefore caused the intermittent stalling problem. Since replacing the evaporative emissions system, this problem has stopped 100%. No hesitating/stalling/misfiring. Overall, the power is unimpressive, at least in comparison to our V8 Grand Cherokee. That without much of a load. The one time we drove it with some serious weight, it was really lagging. Presently, our Sedona has 151,000 miles on it, and it is going strong...for now. Until the next catastrophic failure. In addition to very shaky reliability, the '02 Sedona is a tremendous gas guzzler, especially when the oxygen sensors are needing replacement. It eats through the disc brakes very fast, and despite taking care of the alignment and balancing, wears out tires quite fast. The air conditioning isn't great, but it's better than nothing. The rear controls are also very limited; it only allows rear passengers to adjust the fan speed. No temperature or vent control. I do have a few positive things to say about the Sedona, though. On multiple occasions (4 at least), we have gone over 10,000 miles between oil changes. The oil level was so low, absolutely nothing was visible on the dipsick. The engine seems no worse for wear! That shows at least some quality. Secondly, the interior of this van has held up surprisingly well! All the powered things (seats, windows, door locks, etc.) are working just fine. Thirdly, the ride quality of this van is great! It handles the bumps excellently. Five stars for the smoothness.

I'd buy another one

November 7, 2020
By Froggy morning from Dallas, TX
Owns this car

I bought this van new. It's now old enough to vote. Quite reliable with no major work other than brakes and oil changes. Heavy but a smooth ride. It still rides tight if you keep the back windows closed. It isn't the flashiest vehicle on the road but all I need is reliable transportation. The V6 has enough power for me.

Great reliability, comfort, value and original warranty. Smooth ride like a sedan. Adequate power even to tow a small boat or trailer. Many long road trips with the family enjoyed over 17 years. 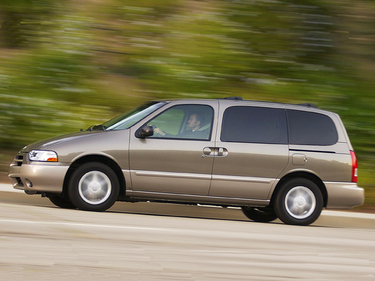 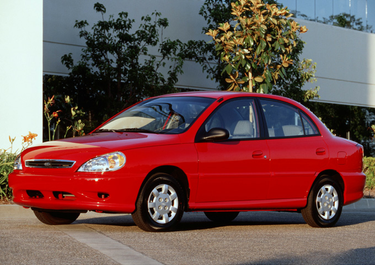 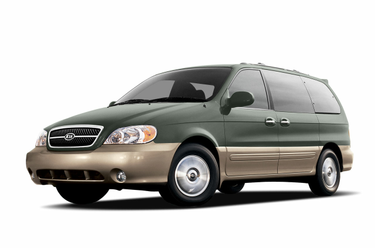 All model years for the Kia Sedona 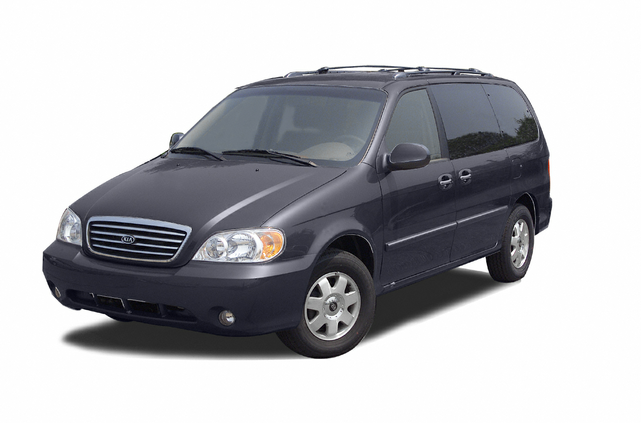 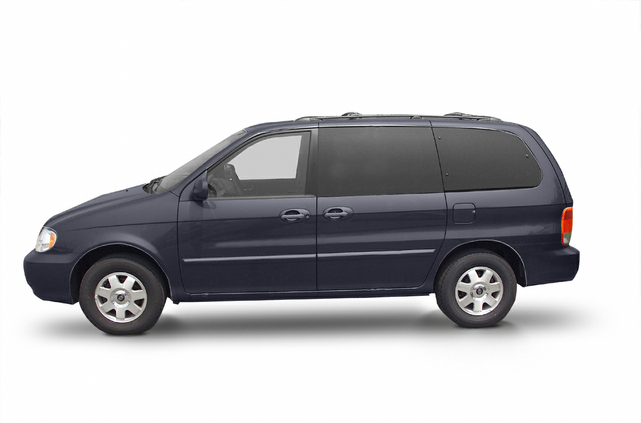 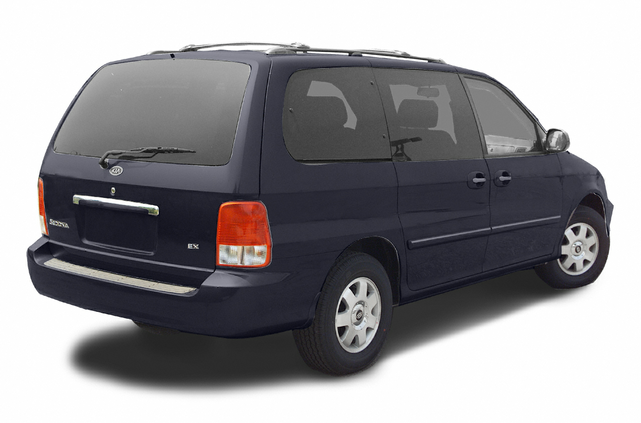 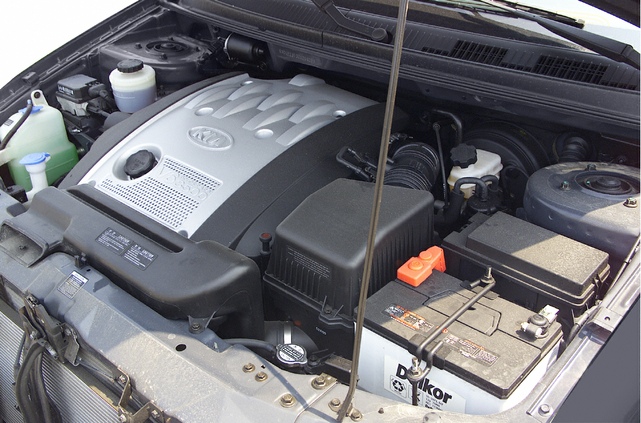 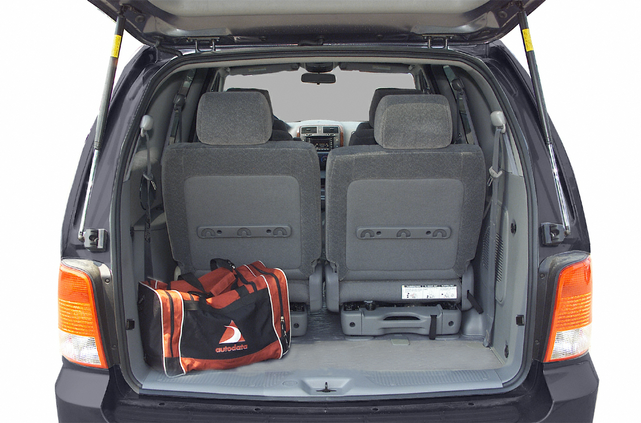 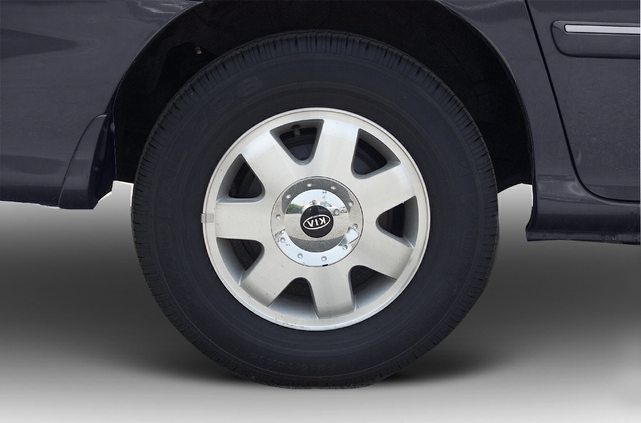 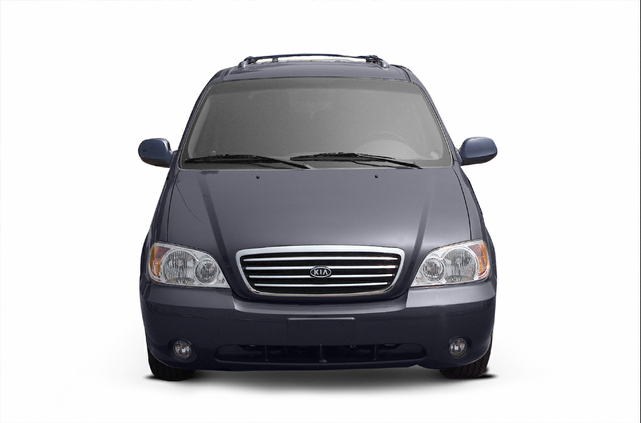 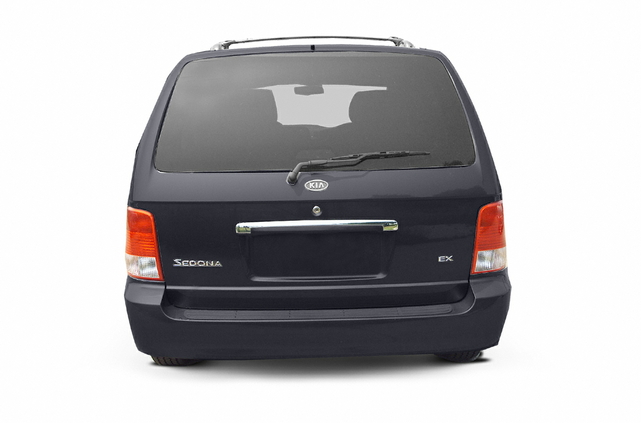 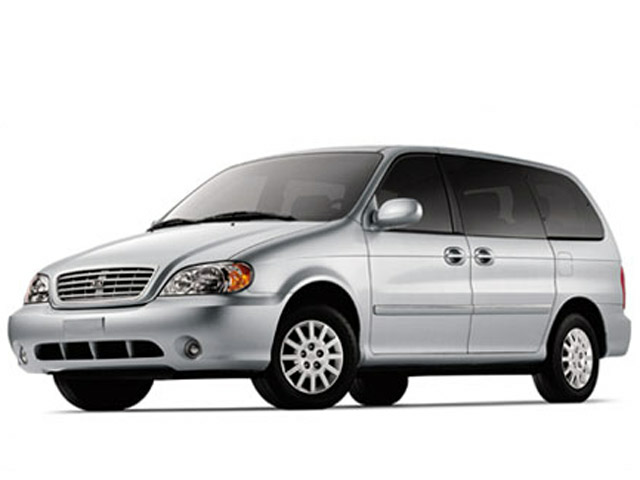 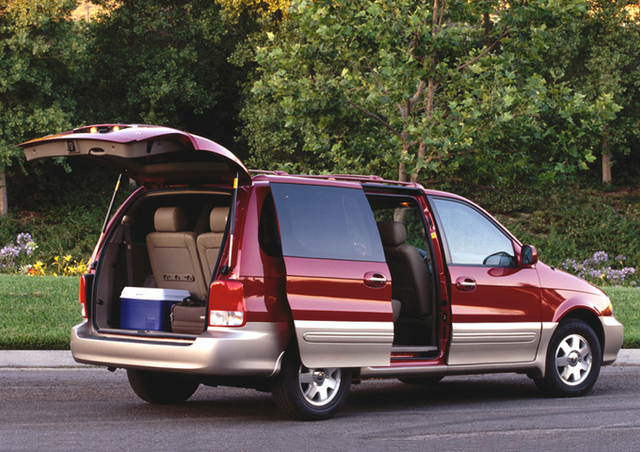 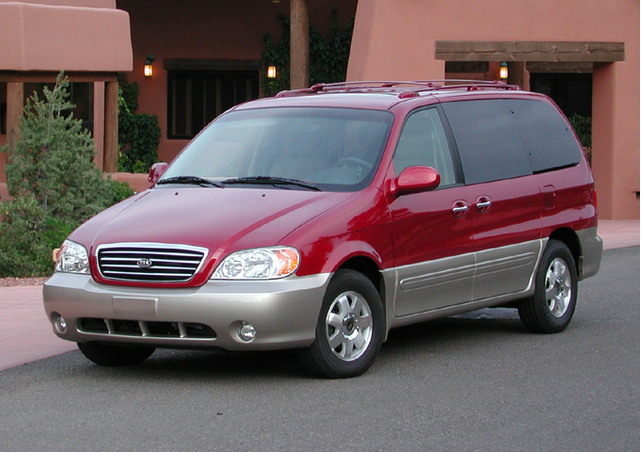 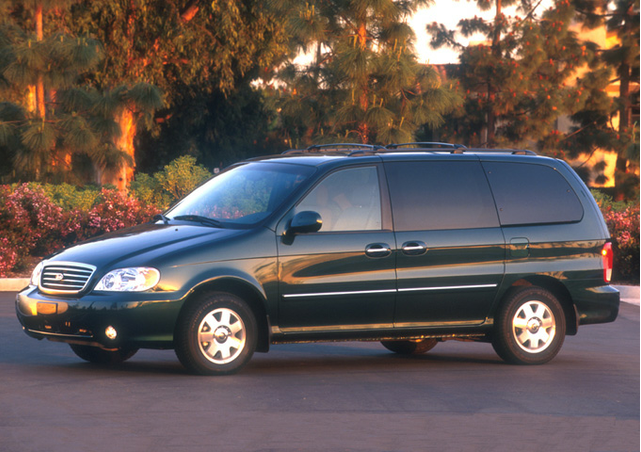 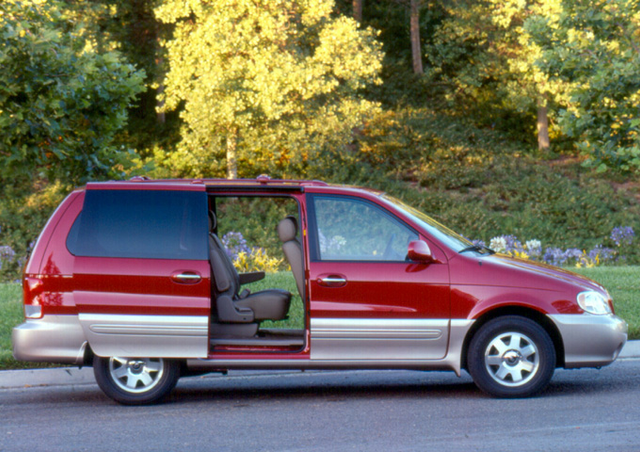 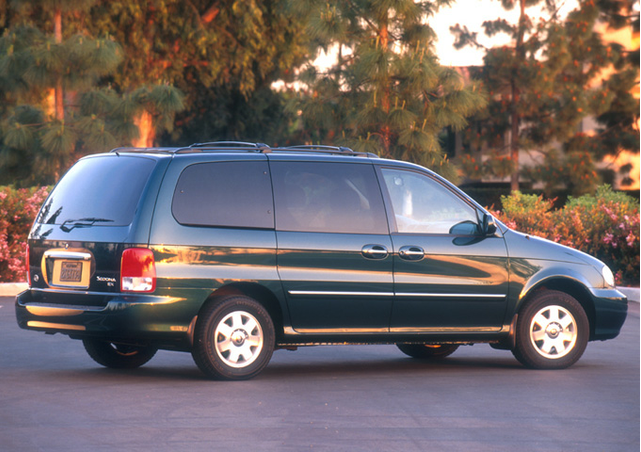 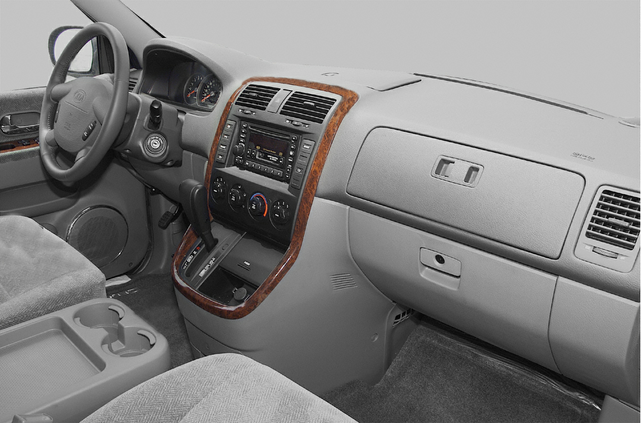 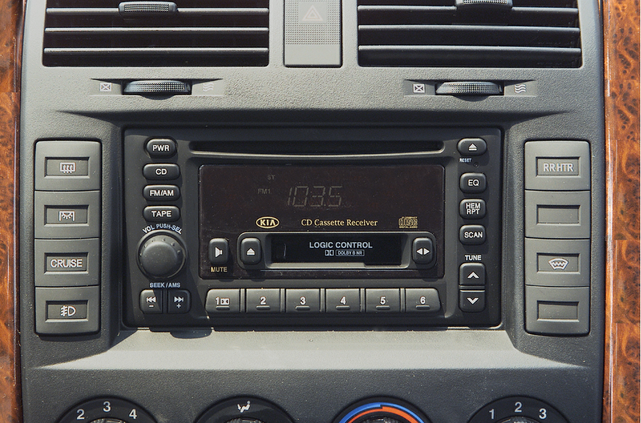 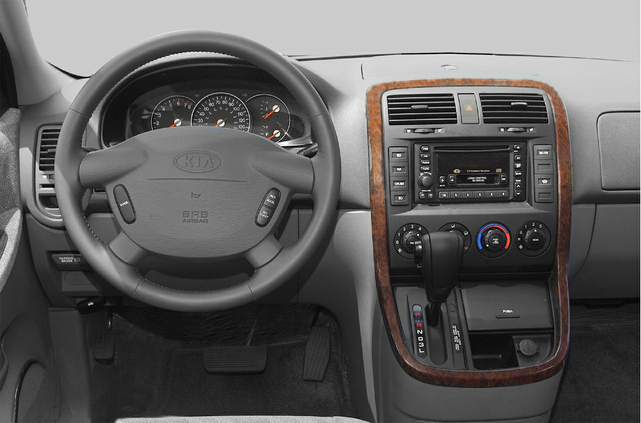 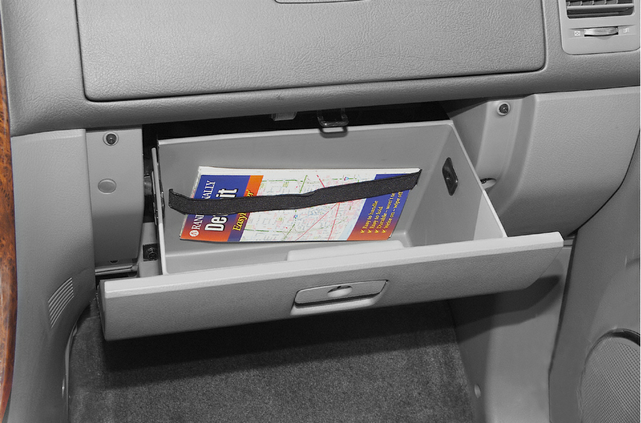 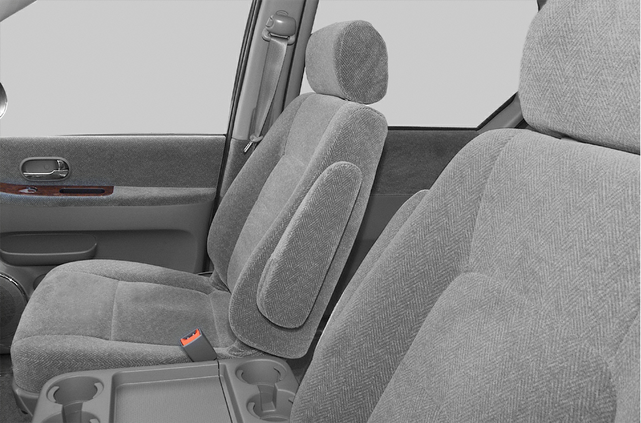 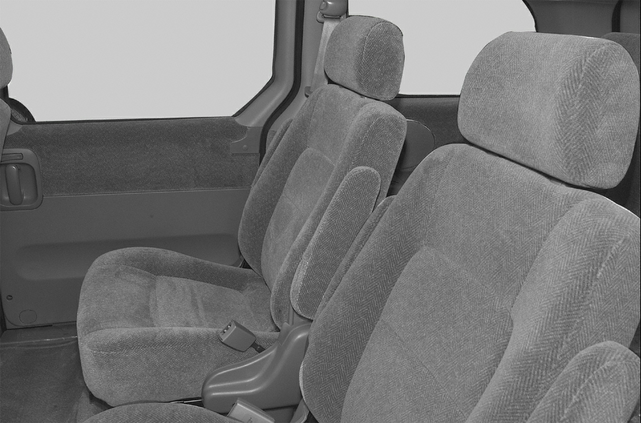 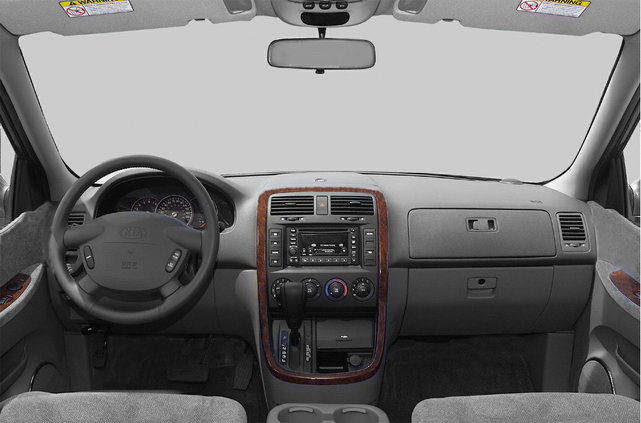