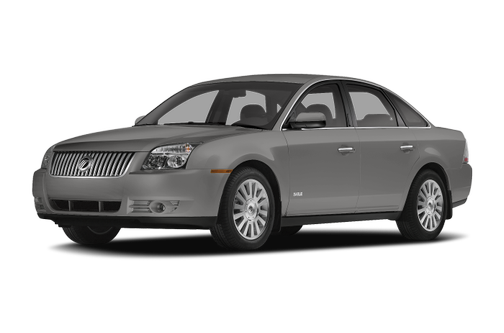 Our 2008 Mercury Sable trim comparison will help you decide.

Mercury has dusted off one of its well-known names and affixed it to one of its lower-profile cars. For 2008, “Montego” is out and “Sable” is in for the brand’s full-size sedan, which also sees some minor cosmetic changes as well as a new, more powerful V-6 engine under its hood. Even with the extra power, though, its gas mileage is similar to the engine it replaces and competitive among full-size cars.

There’s nothing particularly exciting about the Sable, and that’s one reason the Montego was never a hit. The name change and revised bodywork aren’t going to change the excitement factor, but the new Sable is a nice car once you get to know it, as it offers a very comfortable driving experience and lots of space in both the cabin and the trunk.

I tested a top-of-the-line Premier model that was equipped with optional all-wheel drive.

Styling
The biggest styling changes are in the front of the car, where the Sable gets new headlights and a new grille. The look is an improvement over the droopy face of the Montego, but the rest of the car is still pretty bland, though well-proportioned (see a side-by-side comparison with the 2007 Montego).

Seventeen-inch aluminum wheels are standard and 18-inch rims are optional. All Sables have fog lights, clear-lens taillights and exhaust tips finished in chrome.

Ride & Handling
The best word to describe the Sable’s cabin would have to be “tranquil.” It’s impressively quiet when cruising on the highway, with little road or wind noise at a level that might disturb passengers. In fact, the car builds speed so quietly you can easily find yourself going faster than you think you are. The ride is comfortable thanks to a suspension that can deftly handle roads in poor condition. If you’re looking for a car to take on long highway drives, Mercury really hit the mark with the Sable’s suspension tuning.

A subtler but equally important quality of the Sable driving experience is just how solid it feels when cruising at 75 mph. There’s no need for minor steering corrections to keep the car on its intended path. The good steering feel with nice weighting when traveling in a straight line heightens the substantial overall feel of the car.

Going & Stopping
All Sables are powered by a 3.5-liter V-6 engine that offers adequate power. This engine replaces the 3.0-liter V-6 that powered the Montego from 2005 to 2007. The new V-6 makes 263 horsepower, compared to its predecessor’s 203 hp, but the car feels slower than it really is. The gas pedal is very gradual in the Sable, so you have to press it farther than you do in other cars to bring on greater engine power. The quiet cabin also plays a role because you don’t hear the engine that much unless you’re accelerating hard.

Gas mileage is a hot topic these days, and the Sable’s fuel economy estimates are respectable for a large car. The front-wheel-drive model gets an EPA-estimated 18/28 mpg city/highway, which is slightly lower than the Toyota Avalon’s 19/28 mpg rating but better than the 2009 Buick Lucerne V-6’s 17/26 mpg and the 3.5-liter V-6 Chrysler 300’s 17/24 mpg. Choosing the Sable’s optional all-wheel-drive system takes a significant bite out of highway fuel economy, dropping the estimate to 17/24 mpg. After about 600 miles of driving — much of it on the highway — the trip computer in my all-wheel-drive Sable reported average fuel economy of 21.5 mpg.

The V-6 drives a six-speed automatic transmission. While most of its shifts are smooth, it occasionally hesitated before upshifting, which made it feel like there was a brief loss of power. Many modern automatics manage to execute quick gear changes that are firm without being harsh, so this shortcoming in the Sable’s automatic really stands out. It also wasn’t as easy to control downshifts as it is in some cars; one time when trying to get the transmission to kick down a gear for a little more power, it downshifted to a lower gear than necessary, which excessively raised engine rpm.

Drivetrain quirks aside, Mercury got it right with the Sable’s brakes; the pedal is progressive, which makes it easy to judge how hard you have to press it from whatever speed you’re traveling, and the brakes confidently bring this large car to a halt.

The Inside
The materials quality in the Sable’s cabin is decent if not exceptional, but some panel gaps in the center control area are larger than I’d like. Most driver controls, however, are thoughtfully arranged. The Sable can have simulated wood trim, but I thought it was excessively glossy in my test car.

One of the first things you’ll notice when driving the Sable is how good the all-around visibility is. A combination of thin roof pillars and large windows is responsible for the good views, which surpass those of many cars in its class. That’s also partly a function of this car’s sedate exterior; there aren’t any unusual body panels to compromise visibility.

The other thing you might notice when seated behind the wheel is that the Sable offers a tall seating position for a sedan; the power driver’s seat in my Premier model could be raised pretty high.

Front-seat cushioning is on the firm side, which, along with the manual lumbar adjustment, enhances support. It took me a little while to get comfortable in the driver’s seat — my back started to get sore a few hours into a five-and-a-half-hour drive — but the soreness disappeared after I fiddled with the lumbar support, which I usually don’t use in cars that offer that adjustment.

I wasn’t able to comfortably position the steering wheel where I wanted it, however, because it only tilts up and down. It doesn’t telescope, and this made me reach farther forward to hold the steering wheel than I prefer. Adjustable pedals are optional, and though my test car was equipped with them they didn’t help matters.

The Sable’s cabin measures a large 108 cubic feet, and this pays dividends in the backseat, where even taller passengers have legroom to spare. The backrest has a nice recline to it, too, increasing passenger comfort.

Cargo & Towing
Besides its Ford Taurus sibling, it’s hard to find a car that beats the Sable in terms of trunk space. The Sable’s trunk measures a cavernous 21.2 cubic feet, which beats the Avalon (14.4 cubic feet), Lucerne (17 cubic feet) and Chrysler 300 (15.6 cubic feet) by significant margins.

If you need even more space for luggage, the Sable has a 60/40-split folding backseat and a fold-flat front passenger seat, both of which are the exception rather than the rule among full-size cars. The rear bulkhead intrudes on the opening between the trunk and the cabin slightly, but the opening is still relatively large. The extended cargo floor, however, isn’t completely flat.

When properly equipped, the Sable is rated to tow up to 1,000 pounds.

Safety
The Insurance Institute for Highway Safety deems the Sable a Top Safety Pick due to its Good overall scores in the frontal-offset, side-impact and rear crash tests and its optional electronic stability system.

Sable in the Market
Senior Editor Joe Wiesenfelder calls the Sable and its sibling the Taurus two of the most underrated cars available, and after driving the Sable for more than a week I have to agree. If you’re looking for a comfortable car that has room for a family (and all their belongings) and gets decent gas mileage, it’s worth a look. It’s not flashy, but it’s good at what it does.

The car that anyone could drive and be satisphied

January 14, 2019
By JudinB from Youngstown
Owns this car

Big car with a lot of space. Huge trunk. Makes me feel safe. Very classy. Powerful enough. Meets every basic need and has surprising features too. I am planning to keep it for at least 4 years.

Excellent in snow and ice due to the front wheel drive. Looks really nice. Good gas milage and driving mechanics. Very quite inside and has a very powerful engine. 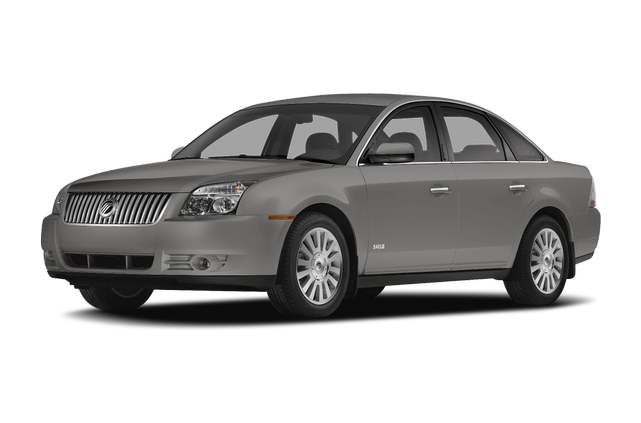 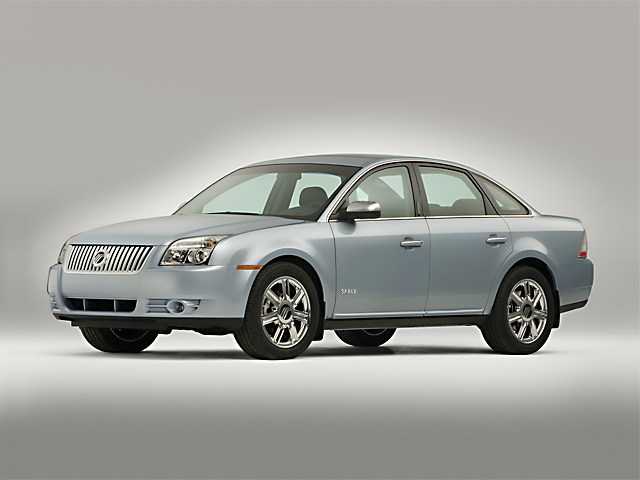 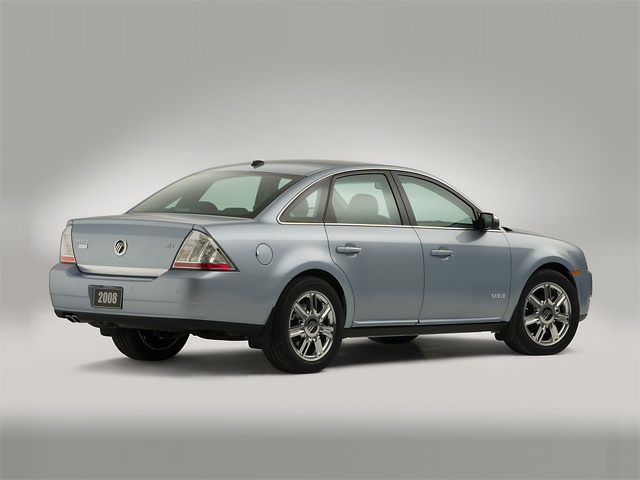 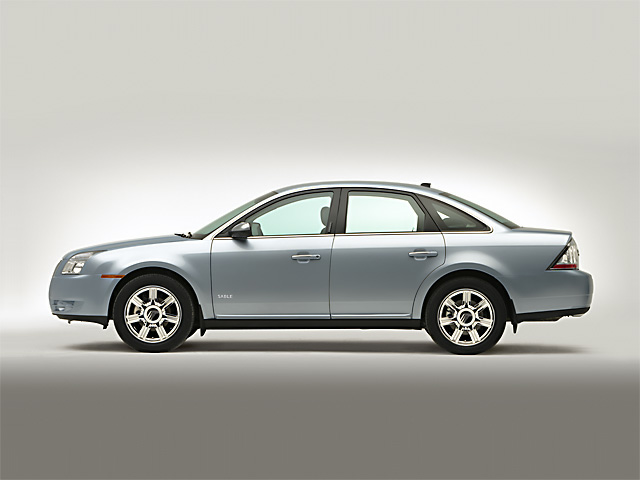 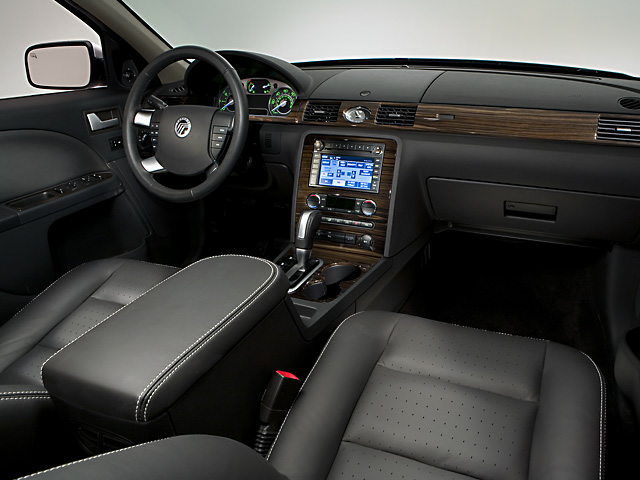 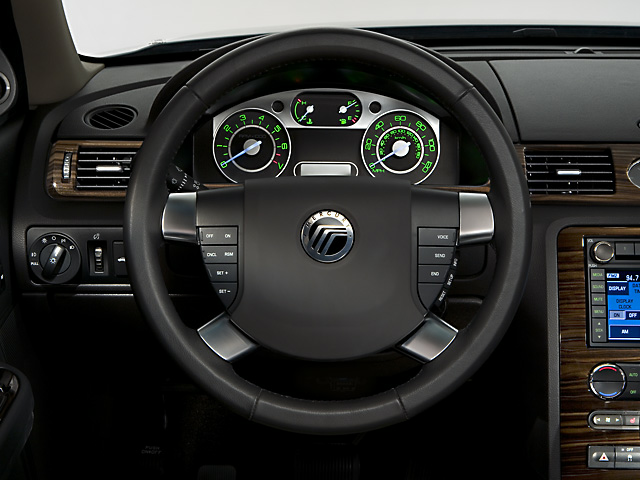 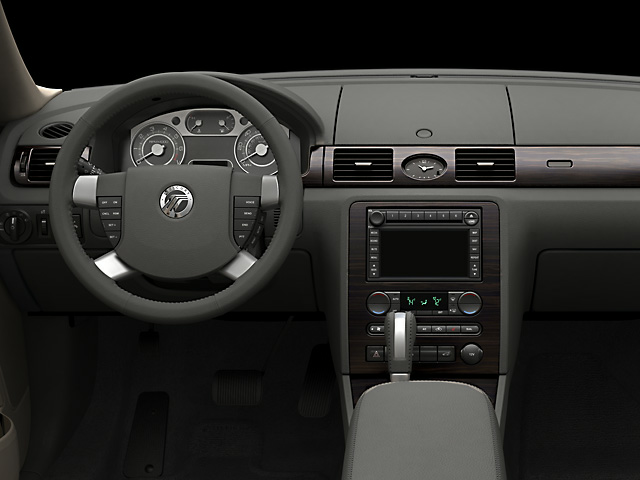 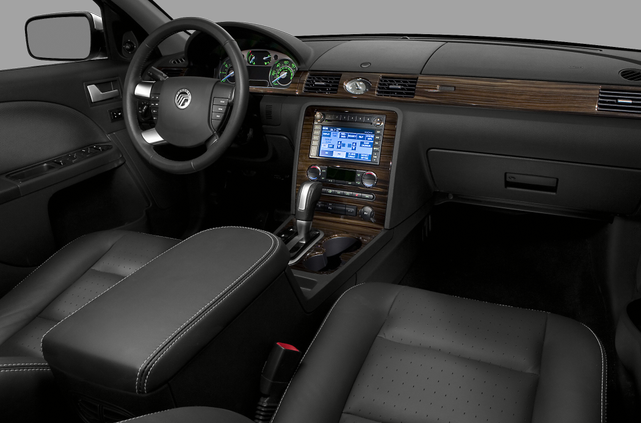 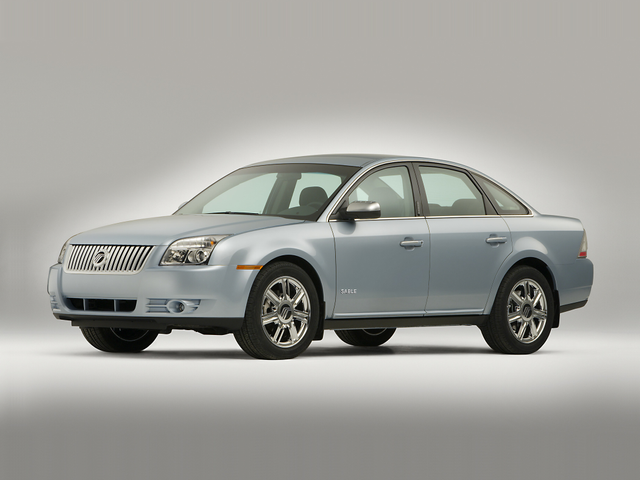 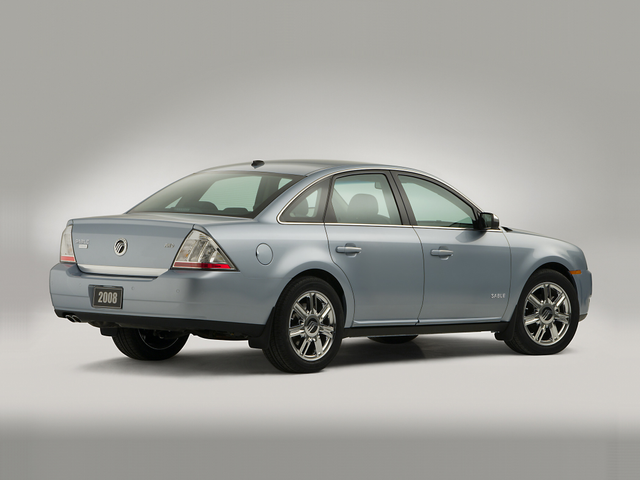 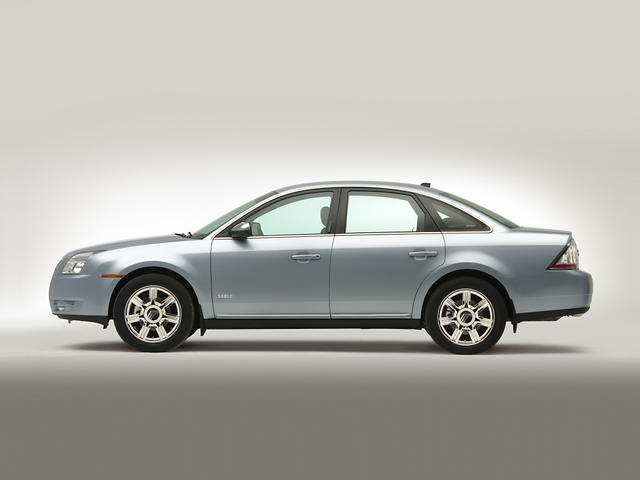 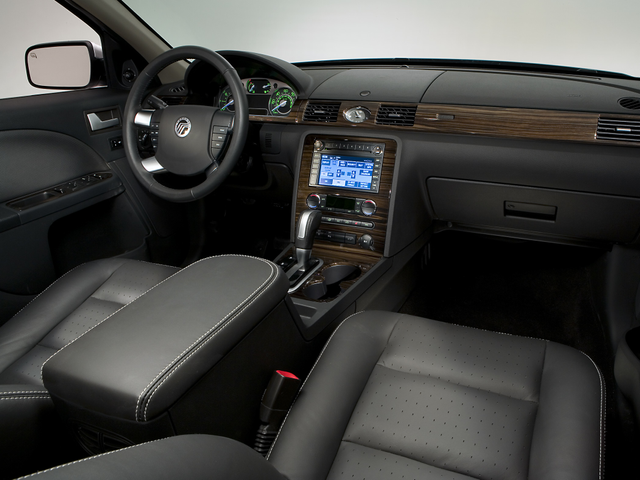 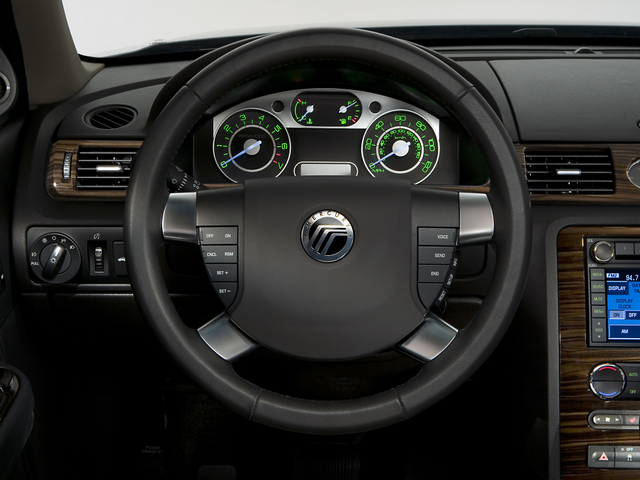 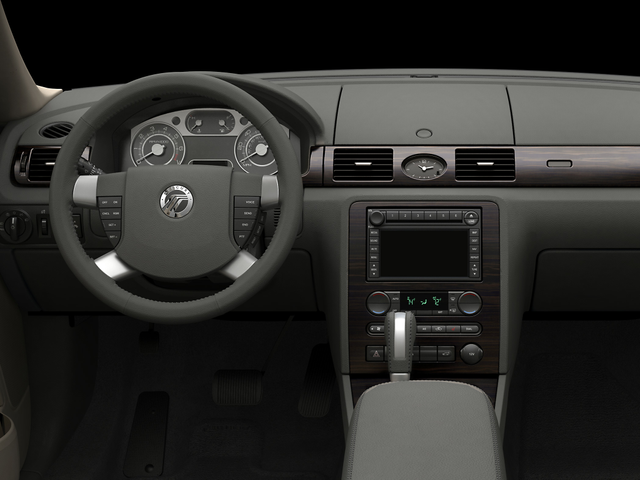