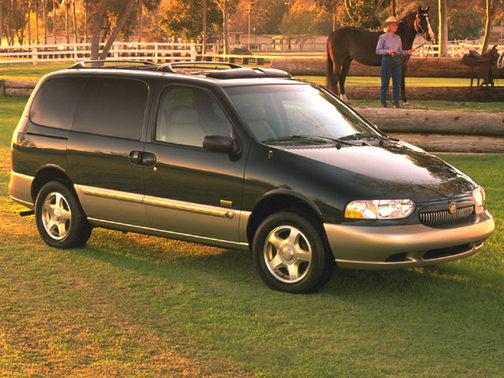 Our 1999 Mercury Villager trim comparison will help you decide.

The Villager has been a solid hit for the Mercury division of Ford since the day it was introduced in 1993.

A collaboration with Nissan, the Villager delivers more of a carlike ride than most other minis. It uses Nissan’s terrific V-6 engine and four-speed automatic transmission.

For 1999, Mercury gave the Villager a major overhaul. The engine is more powerful, the interior is more spacious, handling has been improved. But Mercury forgot to do one thing: The third row of bench seats still doesn’t come out. That means this van isn’t as versatile as others when it comes to hauling cargo.

If you need a minivan that can move large items such as bicycles and sheets of plywood every now and then, you may have to look elsewhere.

The 1999 Villager is outfitted with a 3.3-liter, 170-horsepower Nissan V-6. By the way, the same engine is used in the Nissan’s minivan, the Quest. Previous Villagers used a 3.0-liter, 151-horsepower Nissan engine. The difference in power is readily apparent.

The Villager has more pep at lower speeds. There’s plenty of passing power. Noise is the only demerit to an otherwise very refined drivetrain. When you make the engine work hard, it breathes like Darth Vader, loud and deep.

All Villagers come with a four-speed overdrive automatic transmission. The shifts are smooth and precise most of the time. But if you press the accelerator hard when you’re moving at about 35 mph, the downshift will be a bit rough, which is sometimes common with front-wheel drive automatics.

Carlike handling has always been one of the Villager’s strongest attributes. The 1999 model is better than ever. Mercury made minor improvements to the power rack-and-pinion steering system, front disc/rear drum brakes and rear springs.

MacPherson struts up front and a beam axle in the rear provide a firm and sporty ride. The steering is crisp and responsive and the brakes are strong. In terms of handling and performance, the Villager certainly does not live up to the homely image of the minivan.

The dash has an electronic instrument cluster. Generally, these haven’t gone over well with many buyers. But the Villager’s design is one of the nicest I’ve seen. The speed is displayed in big green numbers surrounded by a bar graph for the tachometer. On the left side of the speedometer, the driver can program the readout to display distance until you run out of gas or other functions. The whole setup is easy on t he eyes.

This year, the radio and cruise control have auxiliary buttons on the steering wheel. You can change the radio station or volume without taking your eyes off the road.

Generally, the Villager’s interior is nicely made and smartly designed. But there is one thing this van lacks: versatility. This could be a big factor for some buyers.

Specifically, the third-row bench seat doesn’t come out. This is a major oversight. With the third seat bolted to the floor, you can’t stuff the cargo area full of big items. I struggled to squeeze in one full-size bicycle. In my own vehicle — a Dodge Caravan — with the rear seats out, I have stuffed five bicycles in the back.

And that’s one of the great things about a Plymouth Voyager, Dodge Caravan or Honda Odyssey. Mom can use any of those vans as a family taxicab during the week, while Dad can take out the seats and make numerous Home Depot runs on weekends. On many other minis, it takes only a few moments to convert the vehicle from a people mover to a cargo hauler.

The Villager, however, is fine for light hauling only. After a struggle, the two center bucket seats will come out. But they are heavy to lift, and unlike Chrysler seats, do not have wheels on the bottom — so you have to carry them into the garage for storage. But there is a fair amount of room in the center of the van with the seats out. Also, the rear seat slides on a track, so you can put things between the tailgate and the seat.

By the way, the tailgate opens up, which makes loading and unloading a breeze. Or you can just open the window on the tailgate.

Dual sliding doors are standard, but there is no power option. That’s OK because they open and close easily, taking little more than a flick of the wrist.

There is plenty of interior room for passengers. The two center buckets are comfortable and offer an excellent view of the road. Suprisingly, the bench seat also offers plenty of room and comfort. It wasn’t just an afterthought. Two adults or three youngsters fit nicely in the back. And in the Estate model, they’ll keep their cool, thanks to a roof-mounted rear air condi tioner.

The only improvements needed are easy ones: Put the seats on wheels, and make the third row seat removable. Then there would be few minivans that could top the Villager.

comfortable getting in and out, peppy for its class, good visability, typical front wheel drive mini van

It started and ran every time I got in it. It rode smoothly and has a lot of interior room including good head clearance.

After putting on 100,000 miles on my villager (now at 150K) I can give it a hearty reccomendation. Daily travel has been nearly faultless. Packed full for camping, hauling gravel and dirt, or bringing home full sheets of plywood I have used this vehicle with no complaint. Although I try to drive it like a sports car it is still a minivan but one of the better handling ones. Mileage has always been 22(+-3) mpg. 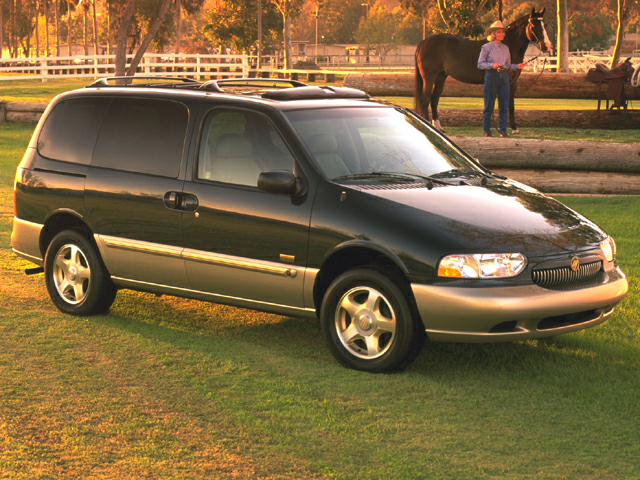 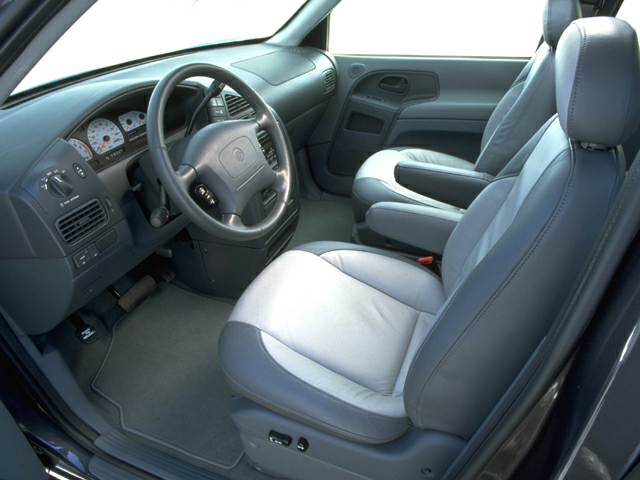