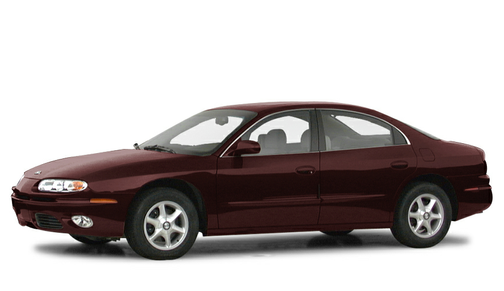 Our 2001 Oldsmobile Aurora trim comparison will help you decide.

America’s oldest marque hasn’t always had the easiest time when it comes to survival. To the critics who say that GM has too many divisions, Oldsmobile is one that’s high on their list.

Looking at their sales history over the last few years isn’t encouraging. In 1995, a year after Oldsmobile’s new Aurora was on sale, the division sold 371,725 cars. Fast forward to 2000. With a line-up of cars that’s as good as they’ve been in years, 1999 sales have shrunk to only 281,989. Let’s put that in perspective.

The whole Oldsmobile division didn’t sell as many cars as Toyota did with a single model. Toyota sold 295,108 domestically-built Camrys in 1999. (This doesn’t count the 134,467 Camrys Toyota imported in 1999.) So on paper, one can see the vultures circling, but in the showroom it’s hard to understand why. Oldsmobile line-up hasn’t been this competitive since Reagan was elected President, when they were moving over 1,000,000 cars a year.

Oldsmobile is gunning for a sophisticated, import buyer, rather than the traditional bread-and-butter mom-and-pop buyer that helped keep sales at stratospheric levels.

Evidence of this is apparent when driving the new 2001 Aurora. The car has been totally restyled. The car is smaller and looks it, although at just under 200-inches long, it’s still a large car in most people’s eyes. The fresh, evolutionary look isn’t as muscular as the original. But it still has a contemporary flair that won’t embarras those who are phobic of driving anything American.

Any lingering doubt should be answered upon a test drive. This year, the Aurora gets two engines rather than one. The base engine is the 3.5-liter double-overhead-cam 215-horsepower six-cylinder ‘Shortstar’ engine. This is a smaller version of the Cadillac Northstar engine, which is the other choice for the Aurora. This engine is pretty much unchanged in the horsepower department. The double-overhead-cam -V8 produces a healthy 250 horsepower. While less than the Cadillac’s 275-300 horsepower engines, it also resides in a smaller car. Whichever engine you buy, it’s hitched to a four-speed automatic transmission. Opting for the eight over the six nets you a transmission designed for the engine’s greater power and torque.

And this car has power.

While it doesn’t have that heavy feel of torque off the line that overhead-valve engines have, power is still very strong. The transmission electronically handles the power to ensure that every shift is smooth. Indeed, it does almost too good a job, as there seems to be lag at times in the drivetrain.

The console-mounted transmission lever rests in a gated shifter, allowing for the enthusiast driver to shift it manually. (This is a rare sight in a GM car and evidence that someone, somewhere understands this car’s audience. The lack of a five-speed manual also speaks volumes.)

When doing this, the power available will make any driver smile with delight. This is a sweet driveline, one that is a real pleasure to drive. Power at all speeds is good. The engine has a sweet growl that sounds just right. It sounds expensive, something that can’t always be said of GM powerplants.

Despite the presence of a Cadillac engine, you won’t mistake this ride for a Cadillac. The ride is firm enough so that you’ll be aware of the bumps, frost heaves and expansion joints you’re crossing. Thankfully, it doesn’t pound through to the driver.

The ride has the right balance of tautness and softness, although there is more body lean than expected or desired. The test car had automatic load-leveling, in addition to a fully independent suspension, which helped the ride quality. The cabin is impressively quiet.

The only real downside was a chassis that felt jittery and loose at times, not as firm as one would expect.

The interior is quite nice and a real improvement over the 2000 Aurora. The new interior has a similar feel to the previous one without feeling claustrophobic. Burl waln t wood trim warms the tastefully designed dashboard. The controls looked and felt good. The leather seating surfaces were of a nice quality as were the interior plastics. The seats felt supportive. There were plenty of storage nooks and crannies all over the car. The steering-wheel mounted radio and climate controls were convenient and nicely designed. GM has other nice standard features as well. Auto-dimming rearview mirror, a compass, tire-inflation monitor, driver information system, moisture sensing windshield wipers and memory seats, are all a part of the standard equipment list.

But some parts of the car require more thought.

The stereo system consisted of an AM/FM/cassette/CD. Sound quality was good. But it generated more bass than the speakers could handle. Additionally, it had speed-dependent volume, which increases the sound as you drive faster, decreasing it as you drive slower. But the cabin is so quiet as to render this feature unnecessary and annoying.

The tilt steering wheel tilts in set positions in a way that I was never comfortable. The passenger’s part of the dual climate controls had a knob on the door. This makes it easily accessible. But the fan controls were on the center of the dash canted away from the passenger. The rear roof of the cabin had an odd center piece that looks tacked on. Its function or necessity provided for an hour of supposition among passengers.

The 14.9 cubic-foot trunk looked large enough to handle most tasks. A small pass-through allows for longer items to be carried. The trunk seemed cheaply trimmed, with a spare tire cover that appeared held down only by its weight. The paint finish could have been better, having a factory-installed paint drip on the trunk. But the trunk has a cargo net.

The competition is this class is fierce. GM says the cars competition is the Lexus ES and GS, BMW 5-Series, Lincoln LS, Acura RL and TL. That’s a tough list. Would you really forego a BMW 5-series or Lincoln LS for an Oldsmobile Aurora? That’s up to you.

The details may be off, but the car itself is quite good. This is a fast, comfortable, fun cruiser that has all the best stuff from Cadillac, in a tidier package. This is an interesting car, one that deserves a test drive if you’re looking for a car in this price range.

But it’s a car without a strong image. GM needs to decide whether they want to promote Oldsmobile is some meaningful fashion. Otherwise, this division may just quietly die a slow a death.

June 1, 2021
By Slymermaid from Harrisburg, PA
Owns this car

I LOVE THIS CAR. My youngest bought this car for me for $2K with 65K miles on it, one previous owner, she had a little body/paint damage to the rear passenger, and front driver door. I took this car to no less than 4 separate big name and local mechanics, the only thing wrong with my car was, the serpentine belt had cracks. So far I replaced that, a rear window regulator, and got an oil change. The day I got it inspected, I was t-boned, right over the existing rear door damage. So now, my car has been fully restored, and can be titled as a classic. September it will be a year I have owned her, when anyone who knows anything about this vehicle sees or services it, they speak so highly, mentioning the Cadillac engine, it’s just a gem. Rides so smooth, very roomy, the leather scent, even after twenty years. I’m in love 🥰

This car is a Performer Handles great, Very comfortable. The only bad thing I can say is turn ratio is bad. Has a Great sound when you get on her other than that Hated to see Oldsmobile close

A great buy from Olds!

This car was as good, if not better, than my new 2001 Lincoln. I enjoyed driving both! The Olds had a V6,...whereas the Lincoln had the 32 valve V8. The V8 was also used in the Mustang Cobra. 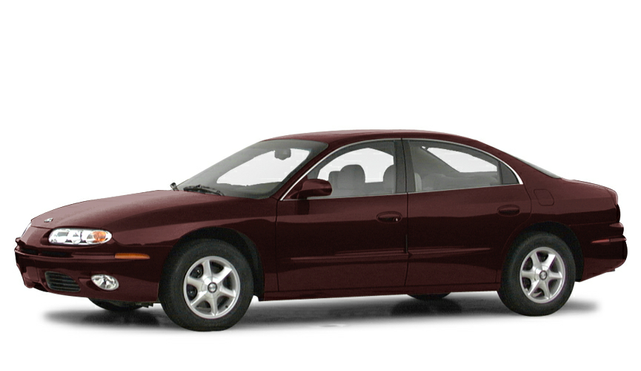 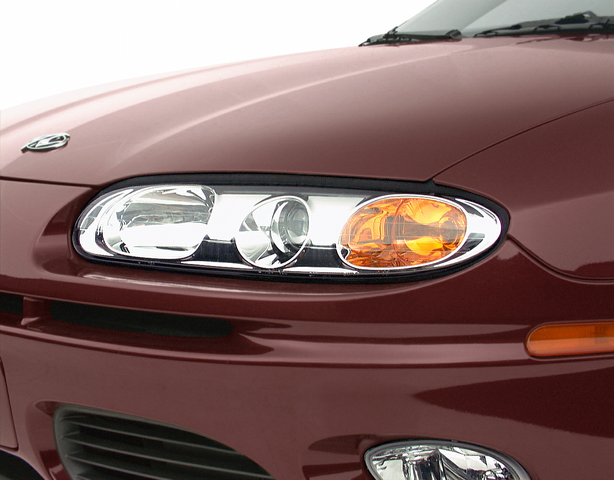 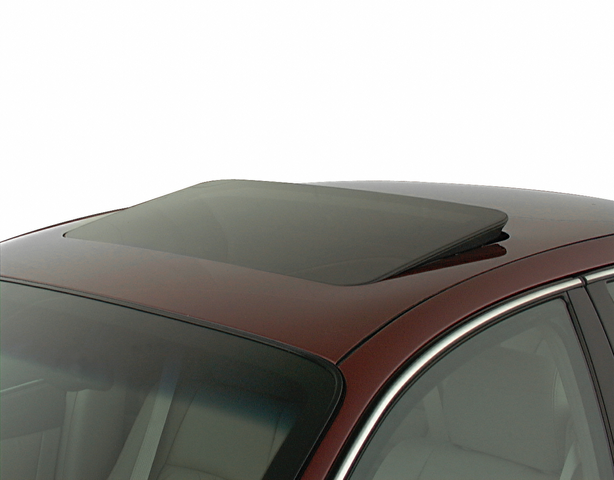 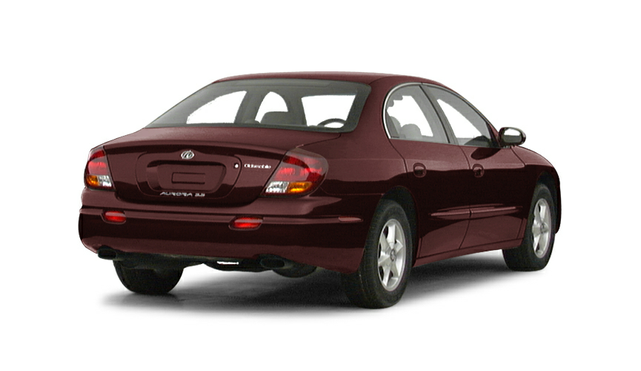 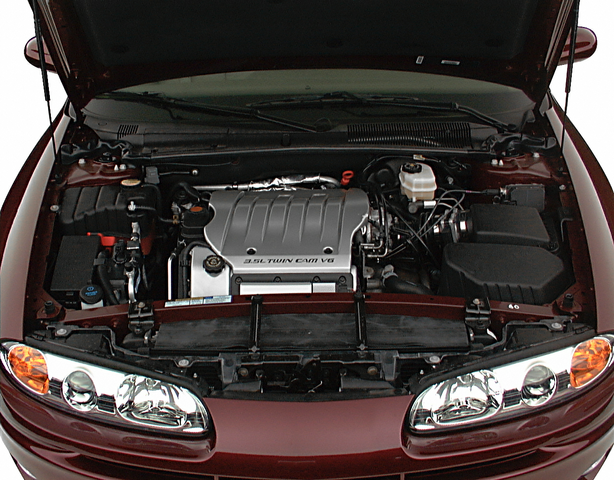 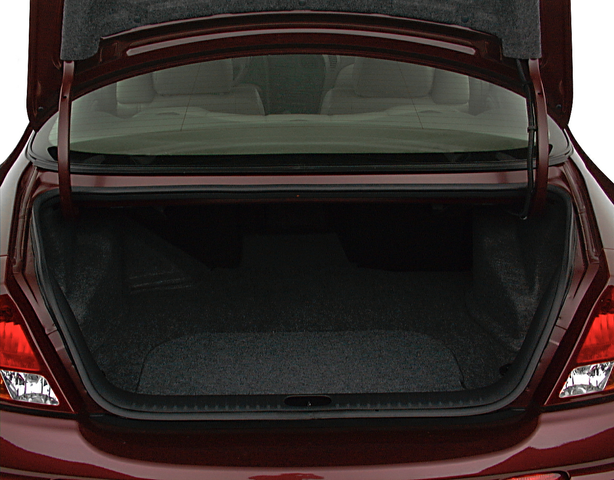 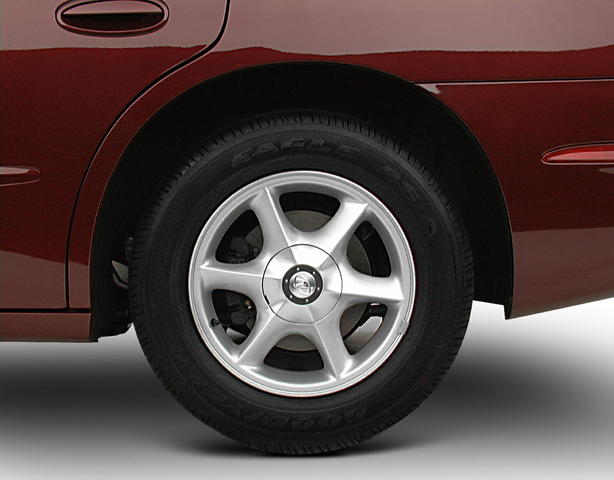 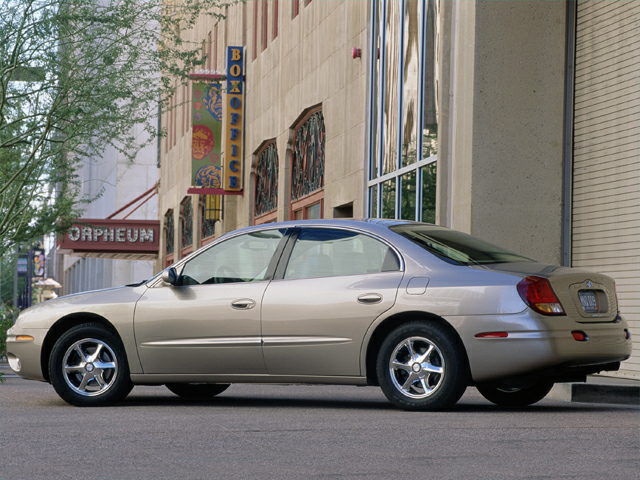 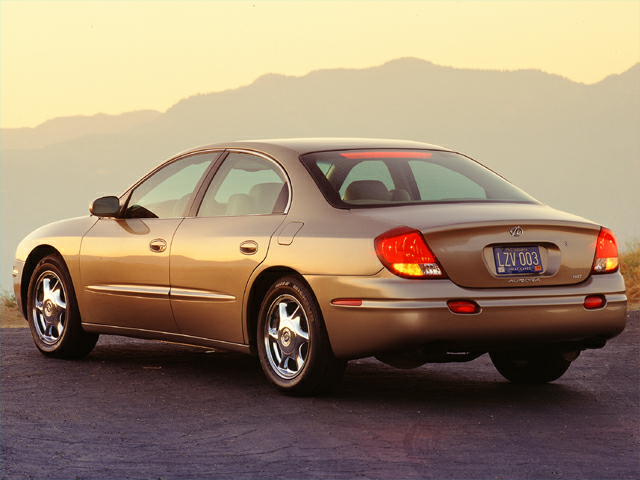 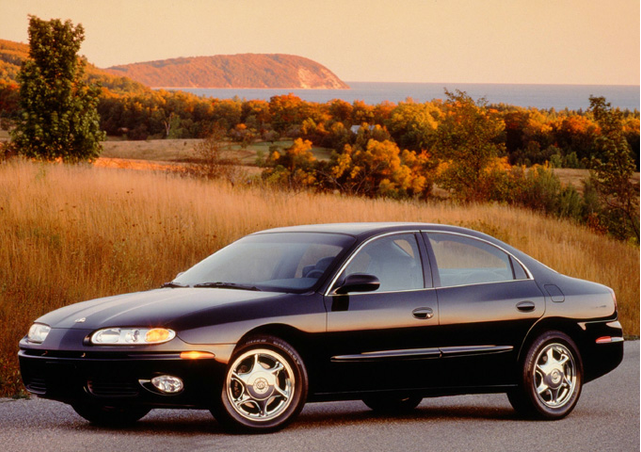 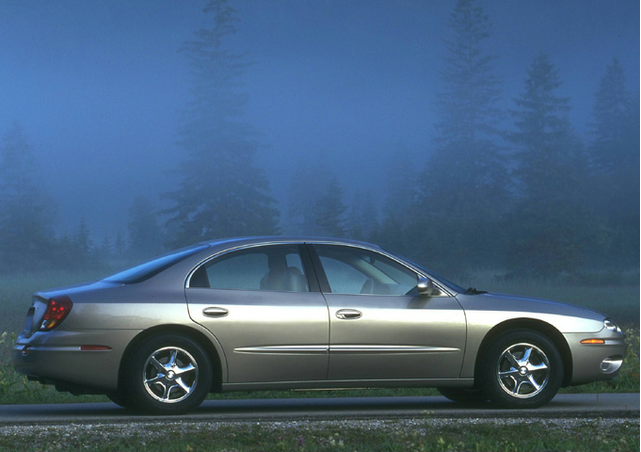 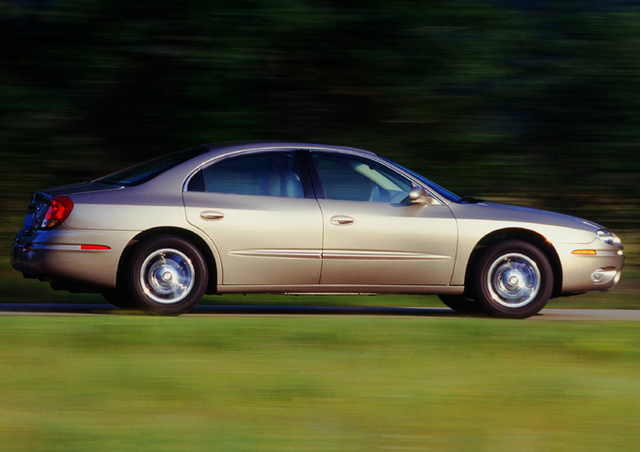 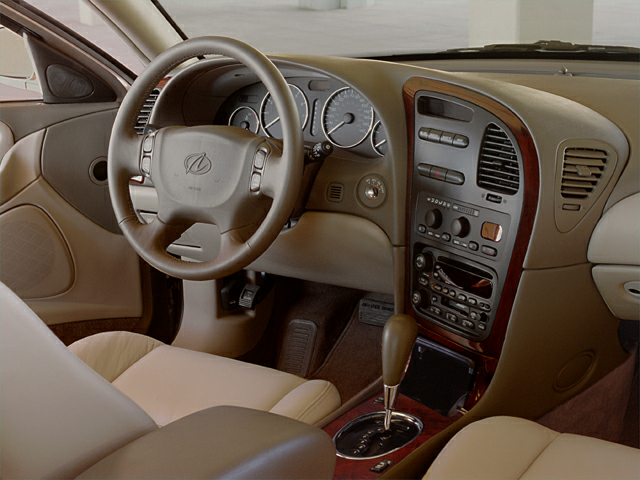 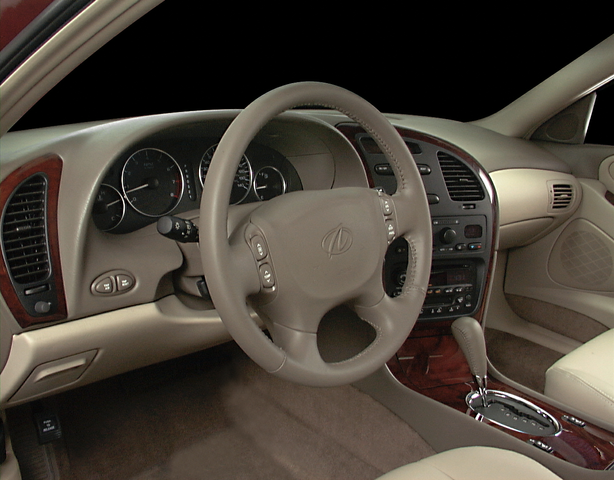 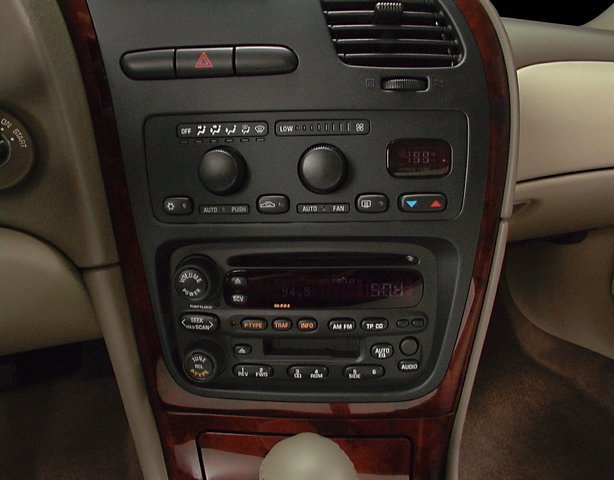 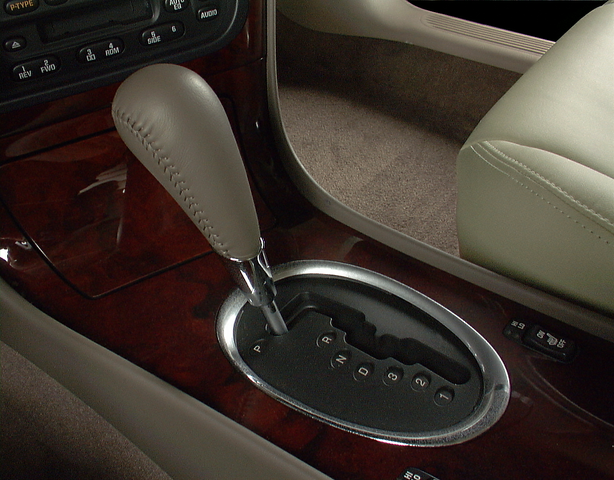 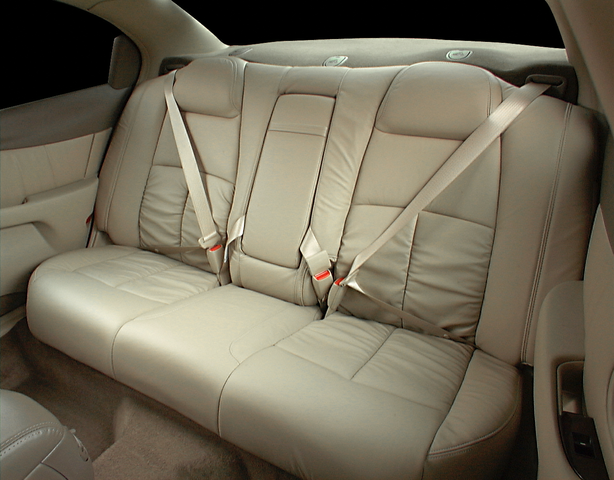 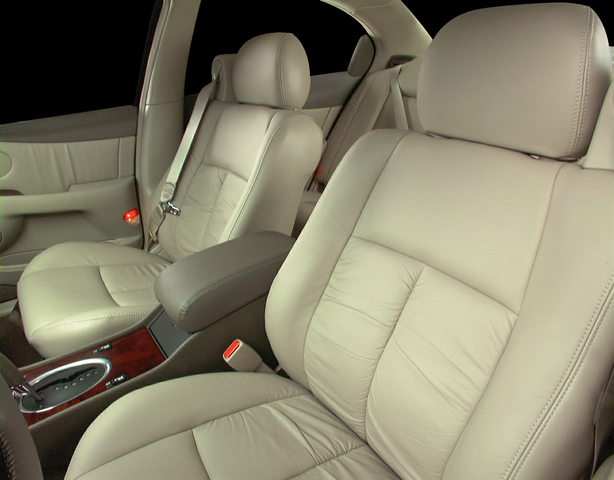