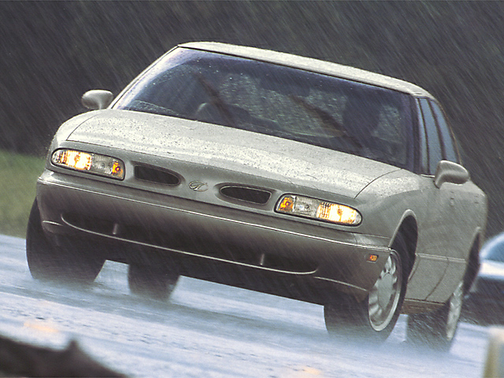 Our 1999 Oldsmobile Eighty-Eight trim comparison will help you decide.

They gave it gold paint and a pat on the roof. They bestowed honorifics: “Best Buy,” “Time Honored” and “Valued.” Then they kicked the Oldsmobile 88 off the assembly line. That was it. Kaput. Finished at 50. No pension.

It’s a new world at General Motors Corp., which rolled out the first Olds 88 in 1949. The company now supports winners, drops has-beens. The 88 was a has-been, a former Champion of Bloat that couldn’t stay afloat in a fast, new stream of lighter-weight, more attractive family sedans and wagons.

Read the numbers: Oldsmobile 88 sales fell 2 percent, to 65,877 last year from 67,190 sold in 1997. That’s barely enough to support an annual one-shift production run in one U.S. auto plant. But both of those numbers are severely anemic in comparison with the 409,422 Olds 88 cars GM sold in 1959, in the midst of an economic recession at that!

With the economy booming and Olds 88 sales still sliding, GM had no choice. The company gave the car the boot. So I took one of the last models out for a ride. What can I say? I’m that kind of guy.

The test car was metallic gold in honor of the Olds 88’s 50-year run. It had a tan leather-and-vinyl interior. It looked sleek, clean–its exterior unfettered by the massive chrome that once adorned predecessor models, such as the 1958 Oldsmobile Super 88 Holiday sedan. There was some lower-body cladding on the test car, but it was in the body color–metallic gold plastic.

Anyway, the Olds 88 had long stopped being the bloat boat of its birth. It had changed from a rear-wheel-drive leviathan into a front-wheel-drive thing of almost reasonable proportions–albeit still large and heavy at 3,455 pounds. But it had traded in its once-flashy shell for conservative attire, the automotive equivalent of a well-tailored gray flannel suit.

The interior, with split bench seats up front and a full bench in the rear, could accommodate six adults, five of them comfortably. There was wood-grain trim, of course, but it was tasteful stuff that truly mimicked real wood.

Gone was the famed Rocket V-8 engine that drove the original Olds 88s to glory. In its place was a substantially more sophisticated yet equally spirited 3.8-liter V-6 designed to produce 205 horsepower at 5,200 rpm and 230 pound-feet of torque at 4,000 rpm.

The standard transmission–indeed, the only transmission available–was a four-speed automatic. It shifted perfectly.

The drive was mostly urban, around Washington and its adjacent suburbs. But it was enough to understand why the Olds 88, a good and decent family car, had come to the end of the road.

It lacked snap and sparkle, that tingling-of-the-spines and smile-producing energy that comes from a romp in competitive cars such as the Mazda Millenia, Acura 3.2 TL, and Oldsmobile Aurora and Intrigue.

Complaint: In low urban speeds, you can feel the heaviness, the bigness of the Olds 88. It sort of waddles from side to side, quite different from the aggressive sharpness of the Aurora and the precision of the Intrigue.

Praise: Consumer Digest magazine’s ranking of the Olds 88 as a “Best Buy” is right. This is a well-made car, excellent for long-distance running and people hauling, laden with standard equipment, offered at a reasonable price. But if it’s excitement you want, look somewhere else.

Ride, acceleration and handling: Comfortable ride. Excellent acceleration. Good handling for people who want to get from Point A to Point B without demonstrating their refined driving skills. Good braking. Brakes include power front discs/rear drums with antilock backup.

Safety: Insurers love the Olds 88 because its drivers are mostly post-40 adults who value traffic safety. That means a relatively low loss rate for insurers on this one, and a potential insurance discount for you.

Purse-strings note: You can bargain on this bargain. Low demand means price breaks for you. Also, consider the base Olds 88 at $23,55, or the LS version at $25,105. All come well-equipped.

My First Look At The Vehicle

I was happy how clean the vehicle was presented. My test drive was an good experience to learn more about the vehicle. Everything went smooth.

February 3, 2018
By endowebber from nyc
Owns this car

July 24, 2017
By ArizonaDriverMan from Phoenix, AZ
Owns this car

It drives incredibly well, and I've never had a problem with how the car runs. However, the ac has gone out two times in the past two years, the windows usually don't roll down in front, and never in the back. Car is very comfortable for long rides. Handles speed bumps and bad roads well.

All model years for the Oldsmobile Eighty-Eight 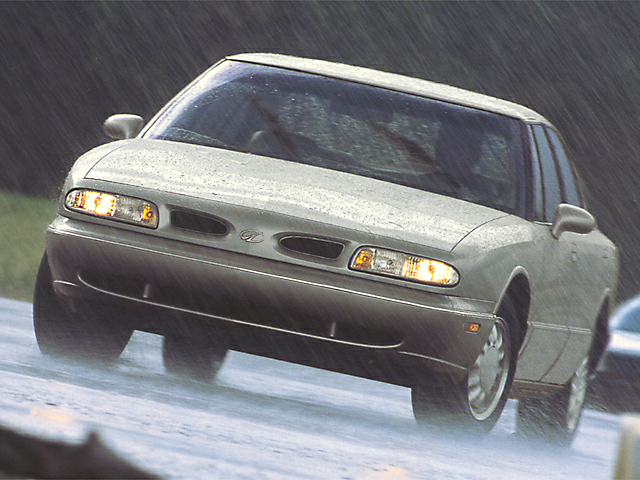 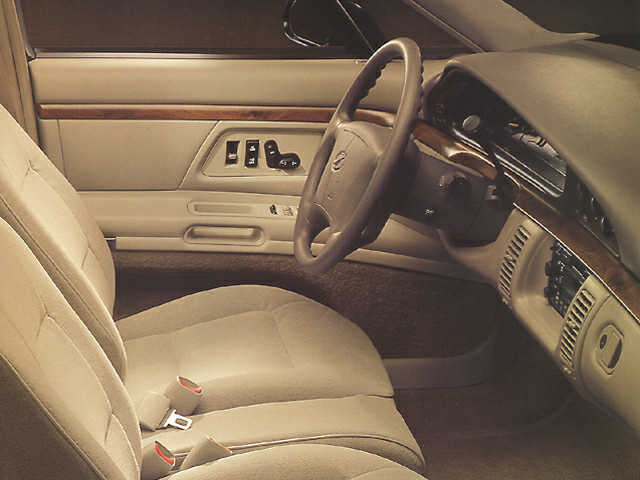