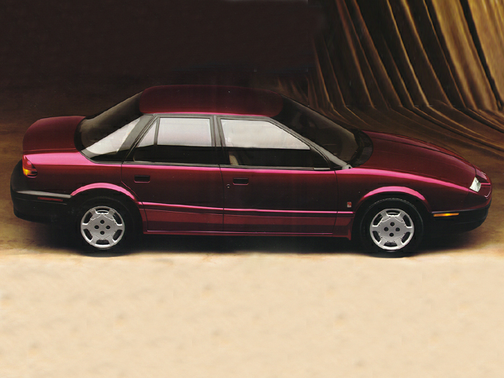 Our 1993 Saturn SL trim comparison will help you decide.

OUT TO POLISH ITS IMAGE, HYUNDAI GOES BUMPER TO BUMPER WITH 4 COMPETITORS.

In his day, D.O. Chung, president of Hyundai’s beleaguered U.S. operations, might have been a pretty good race-car driver.

On a slalom course set up in the parking lot of Joe Robbie Stadium, Chung, piloting a 1994 model Hyundai Elantra, slithered the compact sedan through a series of tight curves with the finesse and panache of a professional.

Just ahead, another driver was putting a Saturn SL1 through the same paces.

”Saturn. That is a good car. But ours is better,” said Chung as he drove.

Hyundai has been making a lot of noise lately in an effort to convey the message that its cars are better than most car buyers realize.

But better or not, Saturn has something Hyundai doesn’t: a good reputation.

And that’s something Chung – as well as the rest of Hyundai – is out to change. After years of declining sales because of a poor-quality reputation, Hyundai now believes it has turned the corner and is building vehicles that can compete with the best in the market.

To test that assertion, Hyundai gathered four of the best-selling compact cars – the Ford Escort, Honda Civic, Toyota Corolla and the Saturn sedan – and then invited several automotive journalists to compare all the cars against the ’94 Hyundai Elantra during an afternoon of aggressive driving.

If I read the situation correctly, Hyundai officials tried to tilt the proceedings as much in their favor as possible.

Yes, Hyundai did have four similar-sized cars priced within about $1,500 of each other. But the Elantra on hand was a fully loaded 1994 GLS model, a car that won’t be available to dealers for a few weeks.

The ’94 Elantra has a driver’s side air bag, an environmentally friendly air conditioner and a host of other improvements not found in the ’93 models.

The four other cars were 1993 models.

Also, to make things a bit more even, Hyundai could have assembled cars that were closer in specification. For example, the Saturn SL2, with its more powerful engine, would have a better choice than the SL1. Instead of a plain Jane Ford Escort, Hyundai might have used the Escort’s sibling, Mercury Tracer LTS.

But the LTS would have eaten Hyundai’s lunch.

In any case, the comparison test was still useful. Because the cars are priced close together, shoppers are likely to compare them.

And Hyundai officials raised a good point: Most people, when shopping for a car, first take a look at their budget to see what they can afford. They don’t usually target cars with certain features, such as 16-valve engines.

In real-world driving, you likely will find that all five cars are more than adequate in terms of performance and handling.

But driving all five cars one after another – and very aggressively at that – turned up a few surprises.

Here’s a brief report on what you can expect when comparing these cars:

This car was a major surprise. The Escort seemed stodgy and out of date. I didn’t like much about it.

In terms of looks, it was downright dowdy compared with the swoopy Honda Civic.

But I’ll give the Escort credit for its solid feel and its excellent fit and finish. It had a great-looking paint job, and it was built as well as a Lincoln.

The Escort’s interior, while offering plenty of room for front and rear passengers, is dreadfully plain and utilitarian. Such things as the analog gauges and the steering wheel looked chintzy.

Also, under duress, the Escort was the worst-handling car of the bunch. The steering was dull and vague, and the body leaned considerably in sharp turns. The brakes are adequate, but not confidence-inspiring, in panic situations.

When revved the engine buzzed like a runaway chain saw.

Funny thing is, not all Escorts are like this. I test-drove a Escort GT hatchback several years ago and found it to be a terrific, stylish c ar.

However, the ultimate Escort is found at the Mercury dealer. It’s called the Mercury Tracer LTS. The Tracer sedan body is mated to the Escort GT’s high-performance, 124-horsepower engine and sports suspension system.

Too bad one wasn’t available.

Maybe the world has come to expect too much from Honda. For so long, every new car Honda brought out hit the competition square in the jaw like a right cross from a lightning-quick prize fighter.

So when I climbed into the bright red Civic, I expected nothing less than perfection. What I found was that the Honda is not much more than just another pretty face.

Its performance, in terms of handling and acceleration, ranked no better than average for a compact car. When pushed hard around a corner, the Civic’s body leans like a person who has had a few too many drinks. But the steering wheel turns smoothly, and the steering feels nice and solid.

The interior lacks consistency. The instruments and the sweeping dash they are housed in look great. Yet the center switch cluster, which holds controls for the air conditioner and the radio, is a mass of confusion. And it looks cheap.

The Civic’s exterior looks are its strong point – and maybe enough to cross out its road-holding and interior shortcomings. This car looks classy, sporty and it is extremely well-made.

It’s time to jettison any bias you might have against Hyundai.

especially the upcoming ’94 model – is a solid and value-packed competitor. It should not be written off your shopping list based on the reputation of other, older Hyunda is.

If you test drive the Elantra and you don’t like it, that’s fine. But at least give the Elantra equal consideration. Hyundai has made major improvements.

The Elantra handles well and has a tight, quality feel to it.For instance, when you slam the doors, they close with a solid thunk.

Elantra has an awesome, tight-turning radius. The body stays fairly straight in hard, fast cornering, and when revved, the engine is somewhat loud, though not harsh.

If the Elantra has a weak point, it is that the engine isn’t very responsive at low speeds. In fact, getting going from a stop in an Elantra with an automatic transmission is annoyingly time consuming. It seems to take forever to get rolling. However, once the engine revs to about 3,500 rpm – or about 25 mph – the Elantra performs well.

The dash layout is simple, if a bit utilitarian. The switches are big, well-labeled and easy to use.

You’ll find ample room in the front and rear, and a big, package-swallowing trunk.

The Saturn is the most unique-looking small car of the lot.

It’s also one of the hottest small cars on the market.

From a stop, the SL1 offers excellent throttle res ponse and is very peppy. The engine runs smoothly and quietly, unlike earlier models.

The Saturn’s strong point is this: It feels very solid and safe. Its big dash is reassuring – you feel as if the car could take a hard hit without driver or passengers being injured.

The SL1 also has what may be the smoothest shifting automatic transmission you’ll find in a small car.

The car is very agile and easy to steer. The SL1 handles well at moderate speeds; when pushed hard around a corner, the SL1’s tires squeal rather loudly. The brakes are strong.

Up front, the sporty bucket seats do a fine job of providing good lower back support. Visibility is OK – once you get used to looking over the big dash.

On the negative side, the dash is a melange of pieces and parts that have a cobbled together look.

Unlike all the other cars, the Saturn is American-built. And there’s something appealing about that.

I can’t say enough about the Corol la. This was far and away the best small car of the bunch, and, I think, the finest small car on the market.

When you rev the engine, you hear the race-bred sound of quality.

When you drive aggressively, the Corolla takes it all in stride. There’s not much protest from the tires, and the brakes grab with a hearty reassurance.

The steering is responsive, and it gives the Corolla a feeling of athletic agility.

Inside, the Corolla is somewhat plain-looking, but very user friendly. The cloth-covered seats, which are firm but comfortable, hold the driver in place well, and there’s plenty of room for rear passengers.

If the Corolla has a fault, it’s styling. There’s nothing wrong or out of place, it’s just a little dull and conservative.

The Corolla is quiet and unusually tight and competent. Sometimes when you test a car, you feel right away that it’s a perfect fit.

That’s the feeling you get when you drive the Corolla.

July 1, 2017
By Jeac from Southern California
Used to own this car

Good gas milage, always reliable, excellent handling and very crashworthy. I had 250,000 miles on this car when driving to work at 3 AM I struck a truck tire that had fallen off a vehicle that was attached to a rim. Too late to swerve from the tire, I ran over it and was immediately launched into the air. The Saturn was proceeding on 2 wheels on the freeway and when it came down, both axels on the left hand side of the car were broken, the shock absorber went through the hood and the windshield exploded. I managed to drive the car to the side of the road. I was so impressed with the way the car handled and did not roll over, I went out and bought another Saturn SL2. I have put 200,000 miles on that Saturn SL 2 and just had it smoked. Thank you General Motors for engineering a very roadworthy automobile and for saving my life, ? Jacques Mullan

Our Family has owned 4 Saturns.

November 25, 2013
By George from Granada Hills, CA
Owns this car

This last one we have is a white1993 SL1 with less than 64k miles on the original engine. We have avoided adding miles to it so our insurance is quite low. It's such a beauty that we almost feel like car collectors but with only one car.

Its a good car...but mines is dying 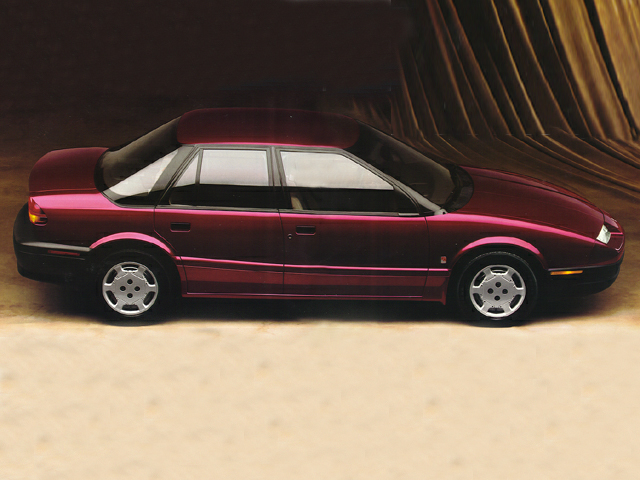