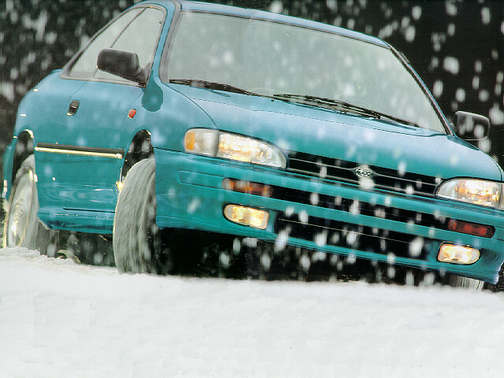 Our 1996 Subaru Impreza trim comparison will help you decide.

Once again, Subaru has set out to blaze its own trail.

Hot on the muddy tracks of the all-wheel-drive Legacy Outback comes the smaller, youth-oriented Impreza Outback Sport, applying the same rugged, outdoors formula that has made the Legacy such a smashing success.

Subaru owns this neck of the woods. A venerable builder of all-wheel-drive automobiles, with a reputation as a quirky denizen of the Northeast Snow Belt, Subaru is the only automaker to combine the driveability of compact cars with the go-anywhere attitude of the ubiquitous sport-utility vehicles.

Like the Legacy Outback, the Outback Sport is basically a jacked-up all-wheel-drive Impreza wagon with some muscular body cladding, and oversized wheels and tires. It has the adventurous look of a sport-utility truck without the size, initial cost or gas-hog expense.

For its youthful mission, the Sport puts more of the emphasis on fun and cheeky personality. This was Subaru’s tack when it marketed the funky BRAT in the ’70s, conceivably the first of the compact sport-utility vehicles.

True to its name, the Outback Sport adds a sporting dimension to the equation. Unlike the lumbering, high-profile sport-utes, the Impreza drives and corners like a sports sedan, with minimal body sway despite the raised suspension. Zipping along a winding dirt road, the little Sport makes you feel like a rally champ.

As well it should. The Outback Sport benefits from Subaru’s years of World Rally Championship success. Subaru’s competition Impreza, a fire-breathing 300-horsepower version, won both the 1995 driver’s and manufacturer’s title using the same production chassis, suspension and drivetrain layout as the showroom Impreza.

One carry-over from the competition Impreza is the huge, aggressive-looking scoop on the Outback Sport’s hood that I found, frankly, heavy-handed and embarrassing. The scoop is obviously designed to appeal to the younger drivers, along with the white-letter tires and “sport” graphic.

There was snow in the Bradshaw Mountains over Thanksgiving weekend, and the Outback Sport was in its element, sloshing along the rugged roads beyond Crown King. The Impreza climbed like a cat, sure-footed and capable, limited only by its low clearance, compared with Jeeps and the like.

Some of those flannel-shirted guys in jacked-up pickup trucks did look kind of surprised to see a subcompact car up there traversing the hilly, slippery terrain.

Obviously, the Outback Sport is still a car and not a Jeep, so you can’t expect it to clamber over big boulders or tackle deeply rutted trails. Besides the ground-clearance limitation, the complex all-wheel-drive system is just not designed for the rough stuff, both in terms of performance and durability.

What it can do is turn those dirt roads and snowy trails into playthings. The Impreza made quick work of the steep hairpin switchbacks on the desert road to Crown King, an old rail bed for mining trains, charging around t hem under throttle, just like the rally guys.

The 2.2-liter engine coupled with a five-speed gearbox provides plenty of pull for the lightweight car. A bit rough-sounding under acceleration, the horizontally opposed four-cylinder engine, similar in layout to a rear-engine Volkswagen, is remarkably smooth and quiet at highway speeds.

Gas mileage is excellent, a definite plus over the sport-utility vehicles.

While the Outback Sport stands alone as dirt-road sports sedan, it does have some significant challengers. The Toyota RAV4 has hit the ground running, and Honda’s upcoming CR-V could cut into the market.

And Subaru is joining the sport-utility club in January, when it unveils its high-profile vehicle at the Detroit Auto Show. Sharing many components with the Legacy, it should put Subaru head-to-head with the RAV4 and the CR-V.

amazing car I love it

January 10, 2020
By thegoodguyofla from Culver City
Owns this car

I have to let it go for personal reasons But otherwise I will keep it another 2 years great on gas, cheap to fix, runs amazingly fine on the rain and others specials circumstances since it`s a AWD

Bought my '96 Outback wagon with 5 speed from original owner in MN, where I live. Car had 83K when purchased, now has 255K. Is pretty much done due to rust. Gas tank leaks, muffler has hole. Had a front end crash a couple years ago and was so rusty only one body shop would repair (Maaco). I am giving this to a friend in need and found another '96 in Portland with no rust. I bought it sight unseen and am having it shipped. Great handling car, I drive manual transmissions only. Excellent in snow. Issues I've had are problems with rear rotors rusting. AC compressor went out. Seal replacements and power steering pump went out. Replaced the rack. I've started to do my own maintenance to save money. Looking forward to my "new" 1996. I have driven newer Subaru's but the 1996 cannot be beat. Great visibility and seating position. Great handling and road feedback. This particular year of car has no head gasket issues which was a compelling decision for me to buy another. I would like a WRX but they are getting pricey and becoming collector items.

I bought this car used at about 110,000 miles. Tomorrow, I will be selling it to my cousin, 6 years later, at 212,600 miles. While there were constant minor problems with the car, I learned to work around them, and to enjoy the essence of a well-built vehicle that seriously has 9 lives. There were so many times in the past 6 years when I thought it was finished, due a poor inspection, but after a couple hundred dollars worth of work (and later, a couple of man hours by my husband, dad, and brother), it would pass and give me another complete year of great performance. Although the "check engine light" is eternally lit in this car, it's been soooooo good to me through every winter, and it's gotten me safely to and from work over my hour-long commute, while I travel 90 mph on the highway (please don't tell anyone). It's a safe powerhouse of a car, and the thought of getting rid of it has truly brought me to tears multiple times. It has very attractive, sporty and youthful exterior styling with a very comfortable and sensible interior. I seriously don't know if I'll ever feel the same about another vehicle. It deserves a second chance, as it will last well into the 200,000 miles - have a heart and give it a chance! You can thank me later! : ) 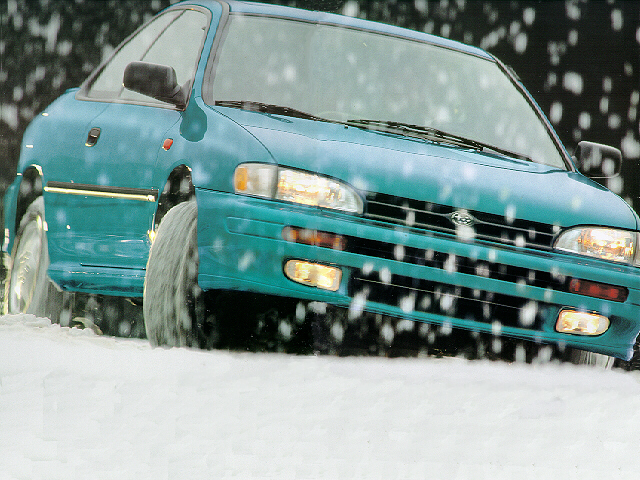 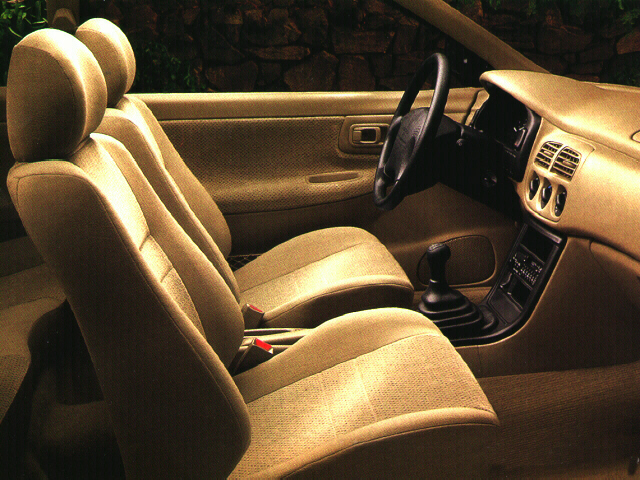