Our 1993 Nissan Altima trim comparison will help you decide.

Having driven the Nissan Altima in the SE sports form, we tried it in the top-of-the-line, luxury GLE version.

As with the SE, the 1993 GLE is wider, roomier and quieter than the Stanza, which the Altima replaces. The GLE’s four-wheel independent suspension with front and rear stabilizer bars also means good road manners.

The GLE comes with the same 16-valve, 2.4-liter, 150-h.p., 4-cylinder engine as the SE, but only with a four-speed automatic transmission. The SE comes with a five-speed manual. The engine offers good pep, but it’s not a powerhouse. Still, the engine/transmission is relatively quiet. The car is spared the squeaks and rattles that plagued the Stanza. The mileage rating is 21 m.p.g. city/29 highway.

If you’ve been swayed by those TV commercials featuring the glass balancing act on Altima’s hood, take note of two things: The car is on a platform to level the front end so the glasses will balance on what is a sharply sloping hood, and the + stating that prices start at about $13,000 doesn’t mention that the top-of-the-line GLE, which with the automatic, starts at $18,349. The baseXE model, with a five-speed manual, starts at $13,000.

At $18,349, the compact Altima starts bumping up against the larger Toyota Camry, the Accord and even the Acura Integra. It may be priced like those rivals, but it isn’t in that league.

On the plus side, a driver-side air bag is standard. However, a passenger-side air bag isn’t available, and anti-lock brakes are part of a $1,195 option package. Little niceties include automatic safety belts, a massive trunk and a coin holder in the dash.

What counts most is that Altima is proving to be a success for Nissan. Nissan has said it will boost Altima output in the first quarter to help meet demand.

I’m the third owner, bought from a Colorado Springs, Colorado dealership in Aug 2015 with 126,000 miles. Had a random misfire so I got it for cheap. Diagnosed and found it was a bad injector. Five years later and 100,000 miles added , I’ve only replaced the alternator, struts and ac compressor. It has been the most reliable vehicle I’ve owned since getting my license at the age of 16 in 1988 . I worked in the oil industry in North Dakota for two years and this car always started right up in the brutal winters up there , without a block heater ! With good Michelin tires, it did quite well in the snow too. Fast forward to January 2020, it is still my reliable commuter car in San Antonio, Texas. I replaced the 5 year battery last month because It finally died. Replaced the aging valve cover gasket too. It made a 700 mile round trip recently without any issues whatsoever and averaged 28 MPG . What can I say? This old Nissan continues to run strong and it has exceeded my expectations for being an older car !

Keep oil changed and it will run forever !

I love my first gen Altima ! Bought it Aug 2015 . Have since put 50,000 miles on it which it now has 177,516 on the odometer . I've only replaced the alternator and one fuel injector because of a misfire. Overall, this vehicle has been very dependable and still continues to run well. I commute to and from Colorado to North Dakota every two weeks. It's never let me down despite the alternator going out while at home . Mine has the 5 speed and I change the oil every 3000 miles , conventional 5W30 Castrol.

Overall car has been very reliable for past 20+ years with 248000+ miles on car everything engine and tranny is original, p/windows auto door locks, power antenna, a/c, radio, automatic seat belts. In short never had any issues, always changed oil every 2000 miles, and regular up keep, parents and brother and I took many trips to Canada, The only neg- thing about car does not run on E-10 gas runs well on pure gasoline, interstate gas mileage I have gotten 45 mpg with a average of 38 mpgs, my city range is 22-29. 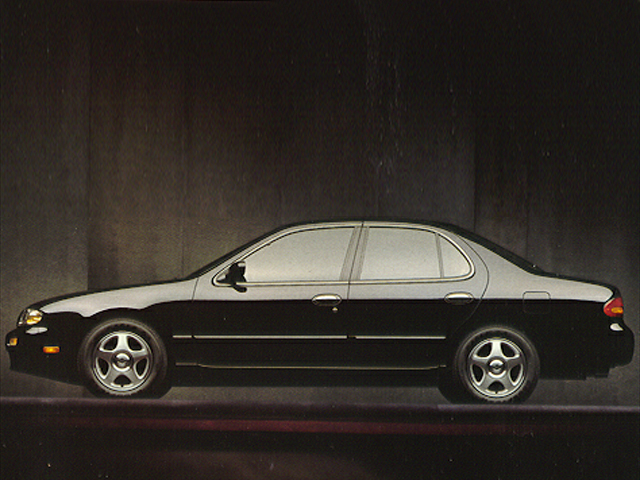