Our 1998 Toyota Corolla trim comparison will help you decide.

The new Corolla, Toyota’s latest take on its subcompact mainstay, is a refined and peppy little craft that drives much better than you’d expect from its diminutive appearance or moderate price tag.

Built for normal, everyday transportation, Corolla gets the job done without fuss. There are significant economy-care trade-offs: Corolla’s new engine may be smoother and stronger than before, but it’s still limited in power. And our white test car, though fairly stylish, has all the pizazz of a kitchen appliance.

Corolla first arrived on these shores more than 30 years ago, gaining a reputation for economy and durability that has made it a consistent top seller for a generation.

For ’98 and continuing into ’99, Corolla draws on the lessons of the midsize Camry, which Toyota had redesigned into a smoother, more comfortable and accommodating sedan. The redesigned Corolla reflects those same kinds of changes, with a body design similar to Camry and a high degree of comfort and driving ease.

Engine power is up, the brand-new 1.8-liter mill revving smoothly throughout its range and pulling the lightweight car up to speed with surprising ease. It’s also a quiet engine, never exhibiting the booming racket of many four-cylinders as they reach higher engine speeds under acceleration.

Not too long ago, you’d expect an engine this refined to come only from a high-end manufacturer, like BMW, but not in an economy craft. Compared with similar engines from Saturn, Civic, Escort or Neon, Corolla’s excels in smoothness and sophistication.

Only when it hits hilly terrain does the little four reveal its small size and limited torque, quickly running out of breath, especially when hauling a load of passengers. Also, on the freeway, it runs quietly and quickly enough, but above 60 mph, acceleration is a gradual process that reduces passing and merging possibilities.

Fortunately, our test car had a five-speed stick shift, allowing the engine to perform at its best under all conditions. The shifter was very smooth, direct and easy to use. It also contributed to the car’s excellent gas mileage.

Corolla’s handling has been improved over the last model, which Toyota says is the result of a stiffer body structure, redesigned steering and efforts to minimize noise, vibration and harshness.

Another surprising plus is the Corolla’s interior space: lots of legroom and headroom, front and rear, for such a small package. Really, even for an oversize driver like myself (6 feet 6 in my stocking hooves) the Corolla never felt cramped or uncomfortable.

Even for the guys in the back seat, who seem to grow taller every time I look at them, the Corolla provided enough space for comfort during an hourlong trip to a picnic site. The trunk’s not bad, either, and can be improved by folding down one or both sides of the back seat.

The tester came with a good load of luxury and convenience options, such as full power, cruise control, moonroof and a sp orty touring package, that kicked the price up only about $3,000. But I have to wonder why the important safety feature of anti-lock brakes costs a substantial $550 extra. Most manufacturers include this at no extra cost in even their cheapest cars, like Chevrolet Cavalier. Toyota should, too.

Still, Corolla takes the lead in the subcompact market, with a combination of performance, economy, refinement and an enviable reputation for reliability and longevity. Include the moderate price tag, and you have the hallmarks of a little car that will continue to rule well into the next millennium.

November 26, 2022
By Sean faupel from Jasper Alabama
Owns this car

March 9, 2021
By Family Workhorse from Canterbury
Owns this car

I currently still own this most reliable car. Great round town and has never let me down. It's comfortable, though not peppy. I want a bigger boot space, that goes through to the front seats as some cars feature, for carrying longer articles. This car is so reliable, a great workhorse, borrowed by the family for towing and it has never needed more than basic maintenance . I'm reluctant to part with it, though I would like a more modern car. This is a Toyota that feels like it will go on forever.

Most reliable cars ever built

Rating breakdown (out of 5):
6 people out of 7 found this review helpful. Did you?
Show full review
See all 41 consumer reviews 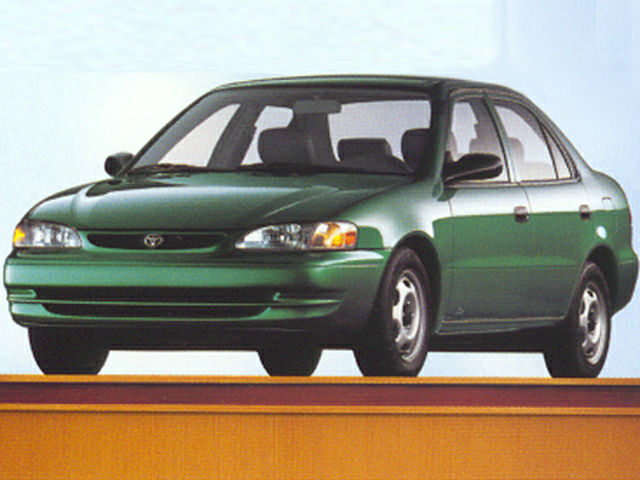 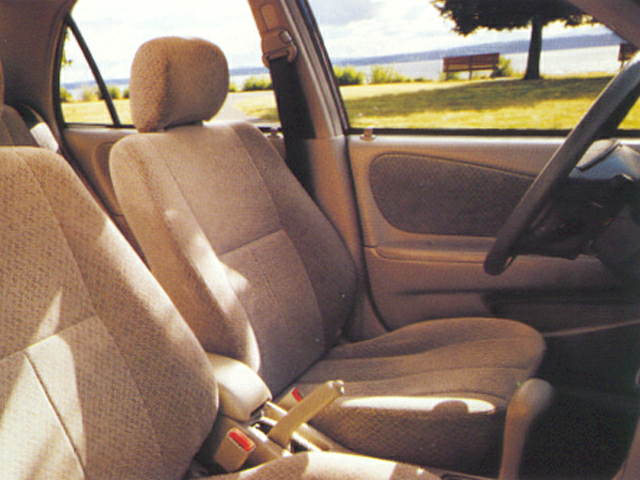