CARS.COM — The bright green paint job, the hood rings, the big round headlights and that “Challenger” script on the front – the model year might be 2017, but everything else about the Dodge Challenger T/A says 1970.

The Challenger T/A coupe is one of two special-edition vehicles Dodge released for 2017, alongside the Charger Daytona. The T/A stands for “Trans Am” and is an homage to a limited-edition series of Challengers built for a Mopar racing series in 1970.

The Challenger T/A starts at $38,490 (including destination charge) and comes equipped with the 375-horsepower, 5.7-liter Hemi V-8. The T/A isn’t just a Hemi appearance package — it adds Hellcat-esque performance credentials as well, including a new 2.75-inch active performance exhaust, wider wheels and the Super Track Pak. The latter adds a lowered suspension, Bilstein shock absorbers, performance brake linings and three-mode stability control calibration with a “full off” mode for hijinks.

If that’s not enough horses for you, Dodge also offers the Challenger T/A 392 coupe which features the larger 485-hp, 6.4-liter V-8 Hemi and even more performance credentials, with suspension alterations, Brembo brakes borrowed from the SRT Hellcat Brembo’s and a more powerful 220-amp alternator – all that, with the convenience of the optional Uconnect navigation.

The Dodge Challenger T/A models are easily distinguished from standard Challengers by their satin-black front bumper, hood, roof, deck lid and spoiler. There are also prominent black decals running along the front fenders and equally noticeable “T/A” logos just in front of the doors. Additional exterior features include air-catcher headlights (or headlamps, if you want to go with the old-school lingo), a hood inlet and a black fuel cap door. Dodge has also introduced a few new paint body colors including Yellow Jacket, Go Mango, TorRed and (as seen here) Green Go. 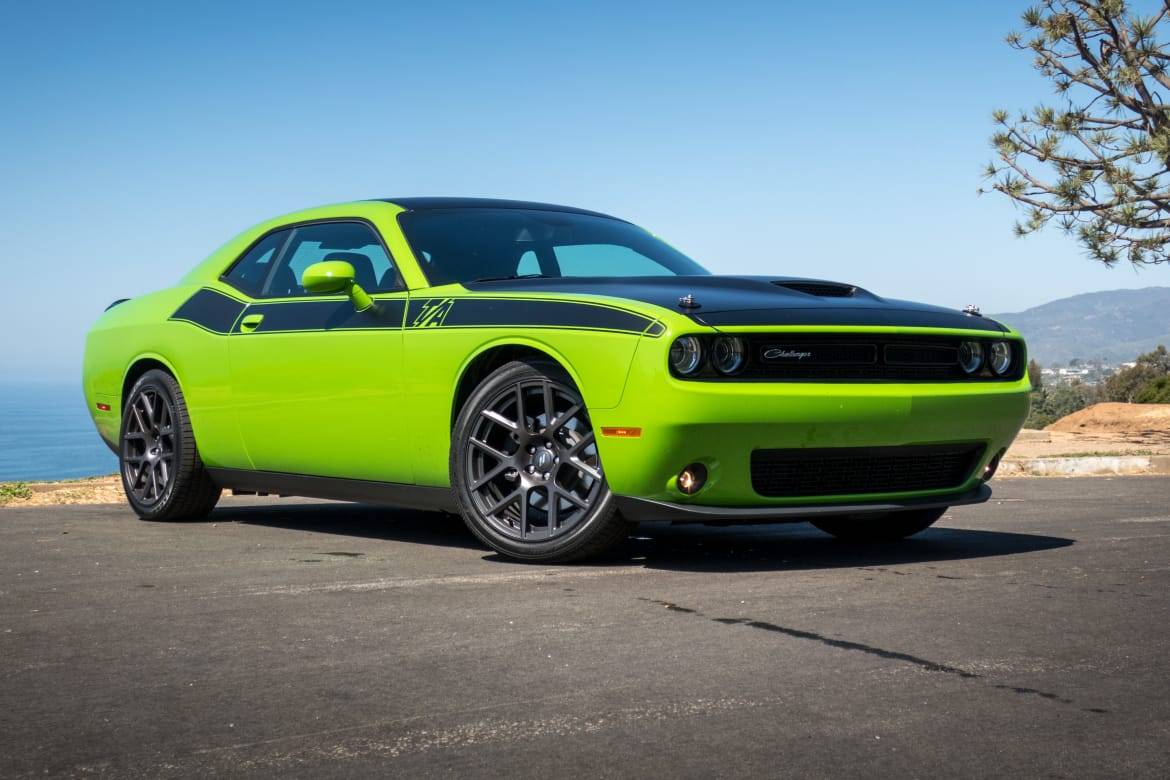 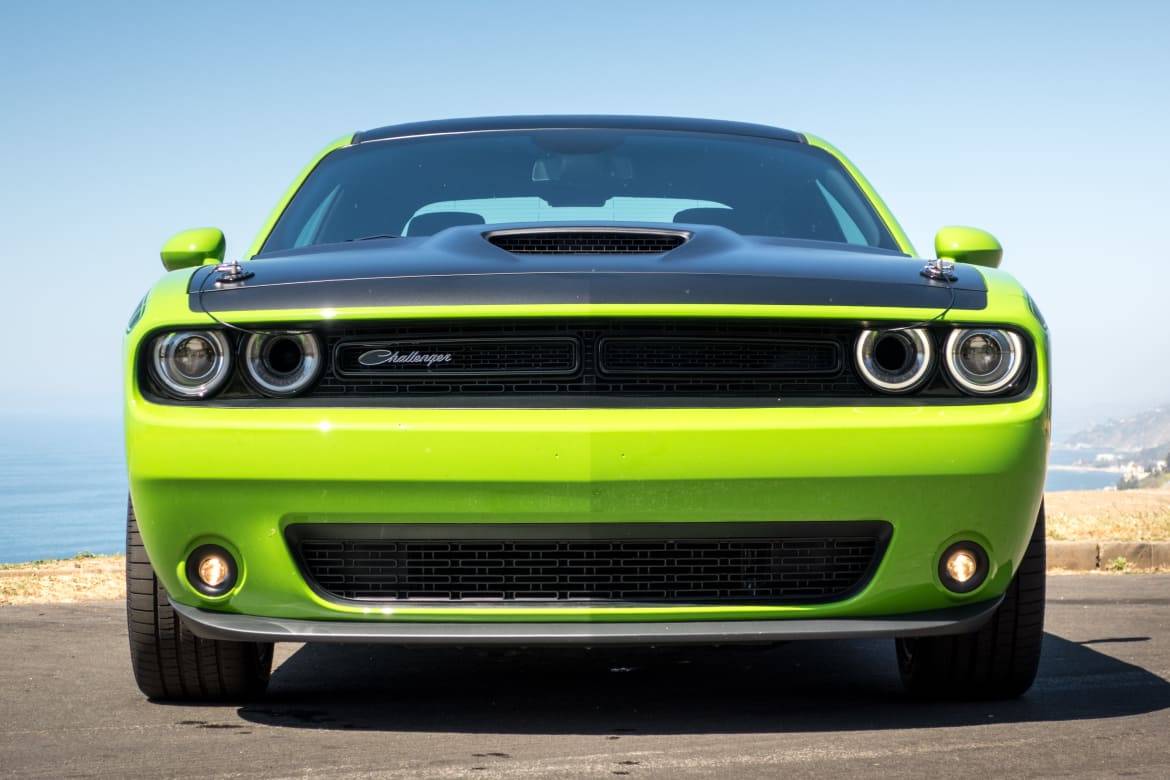 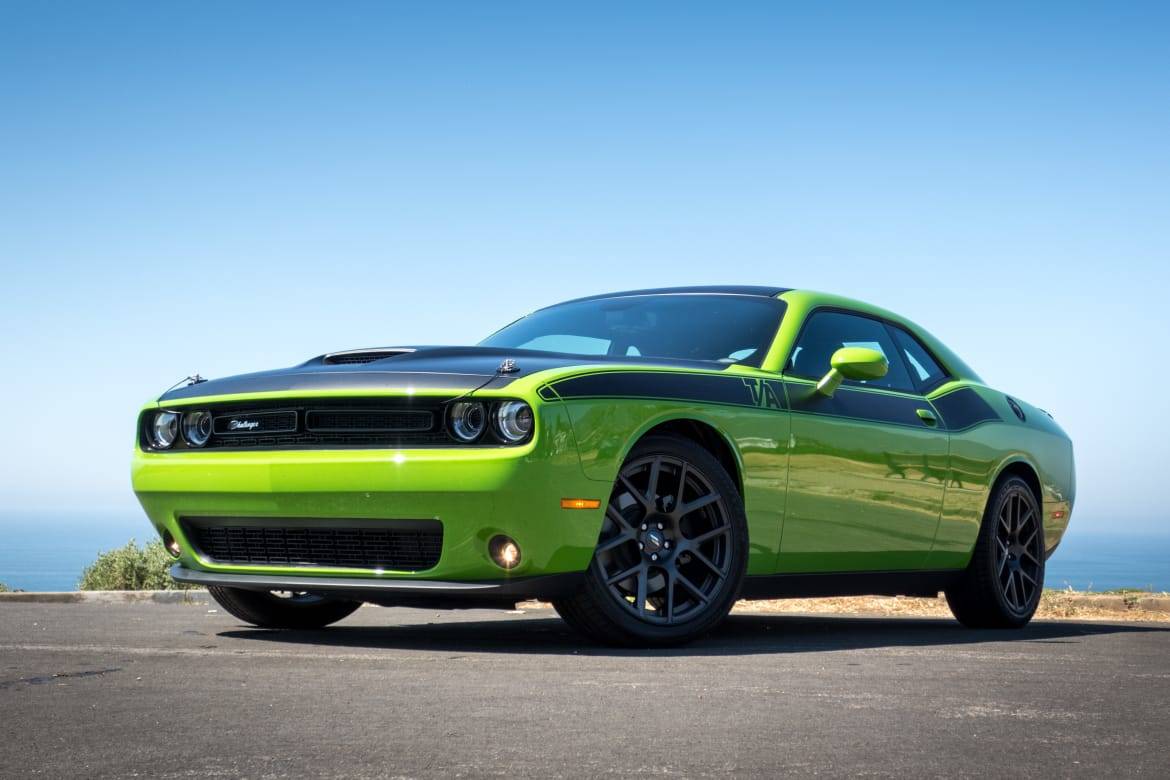 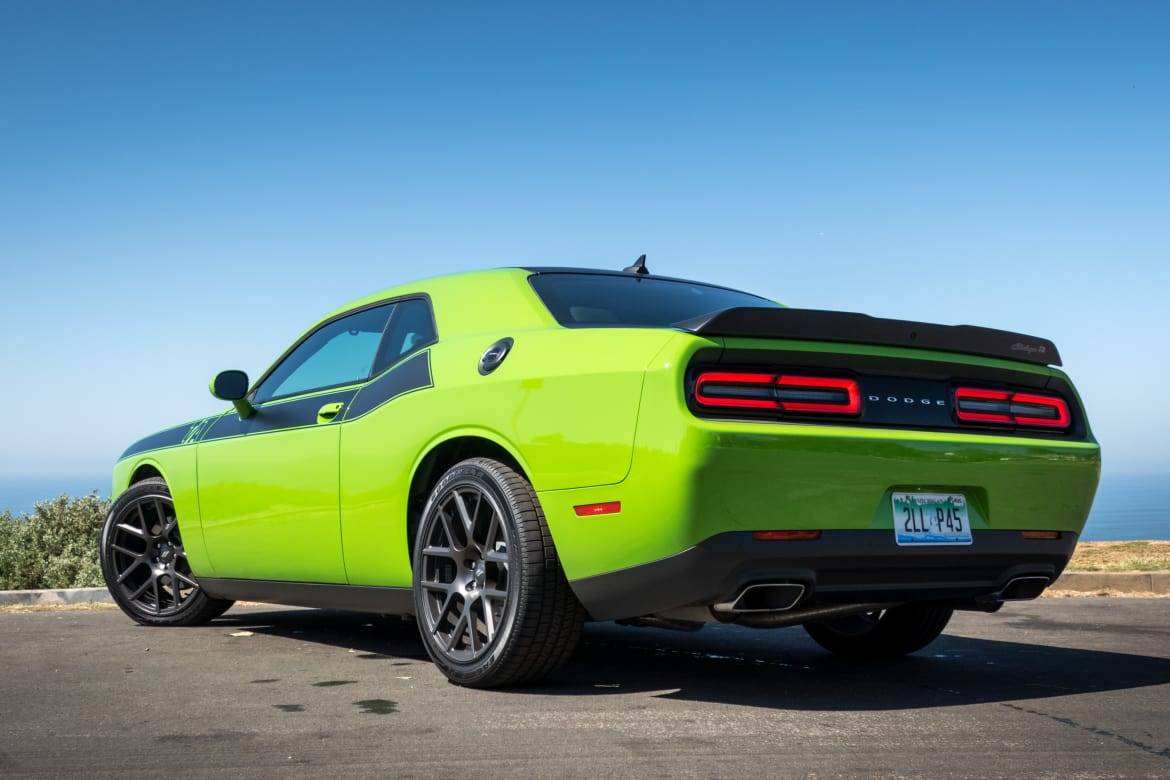 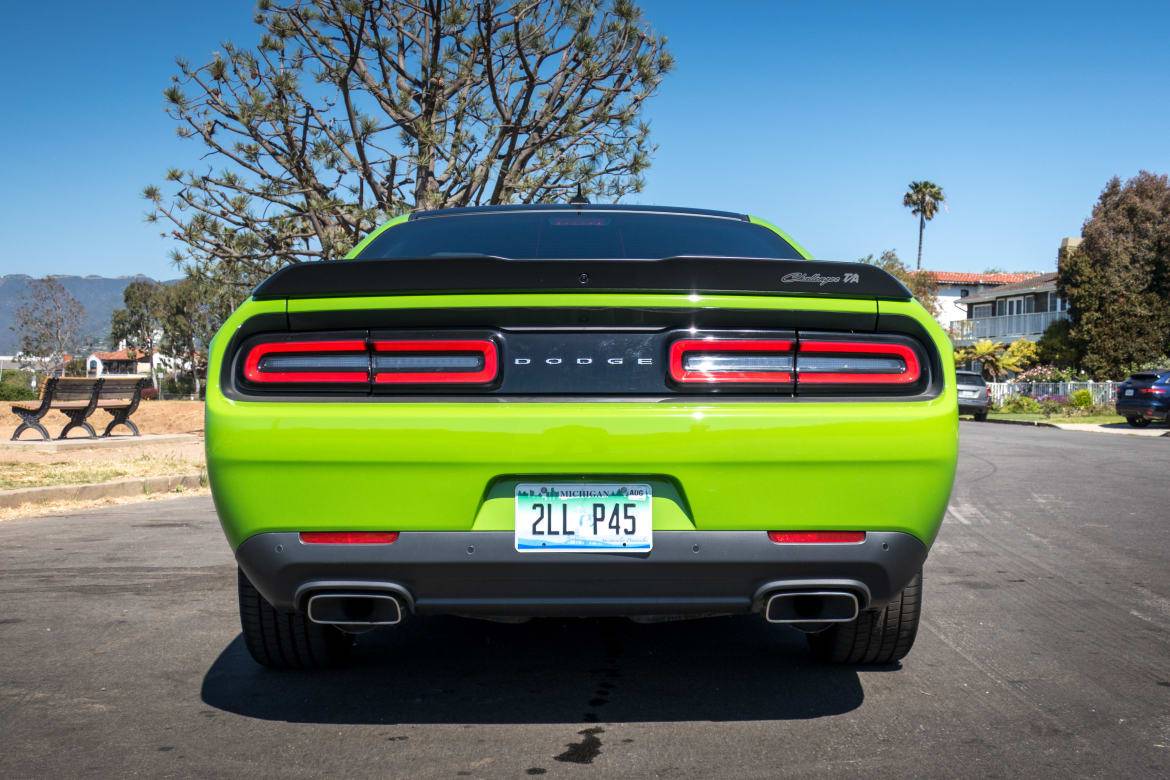 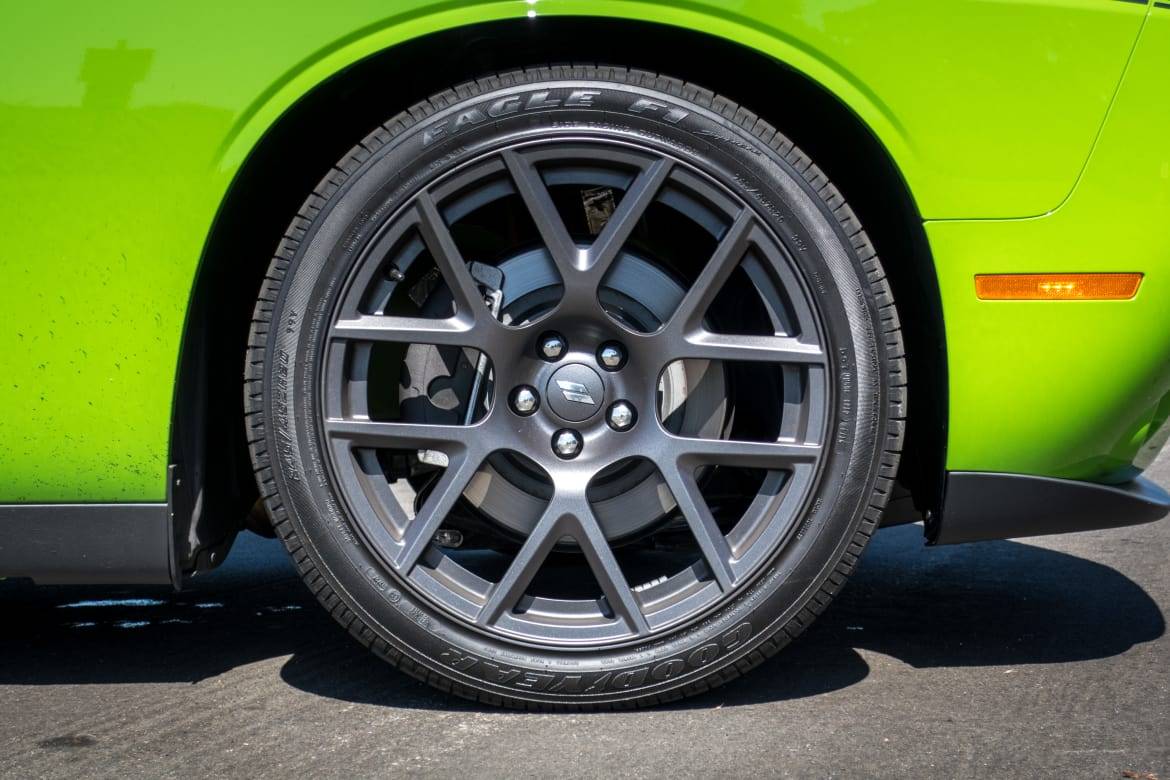 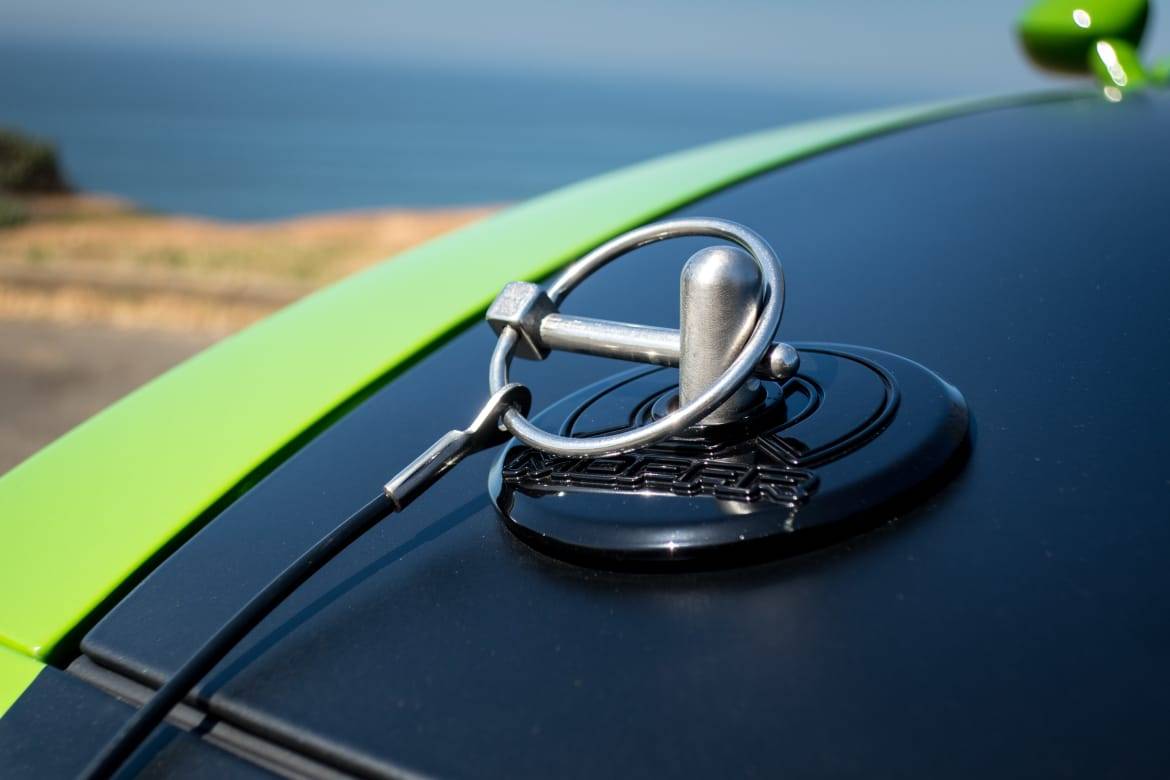 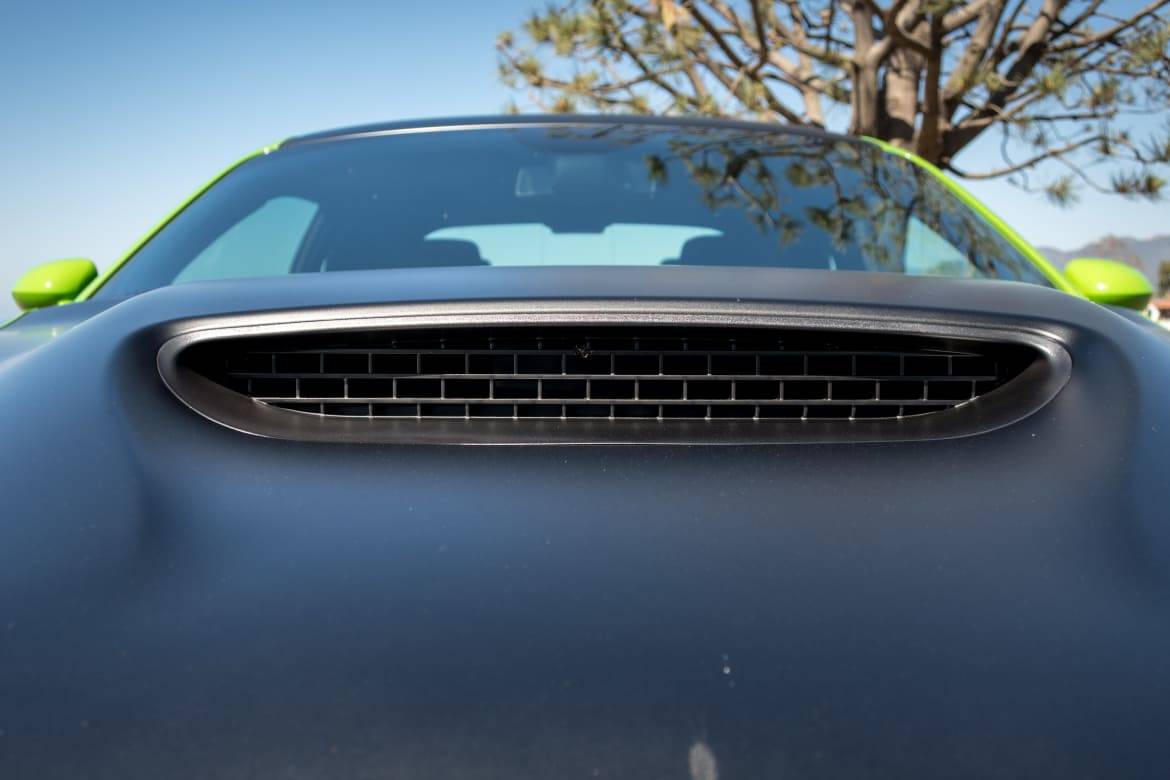 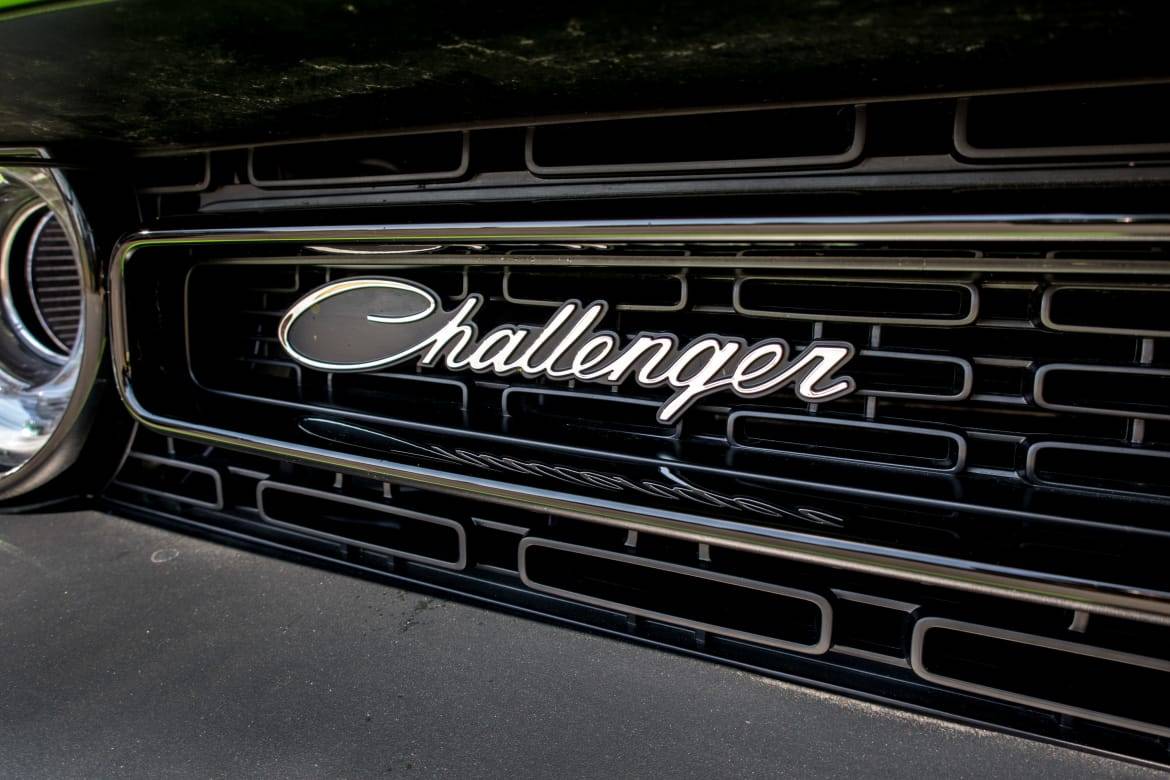 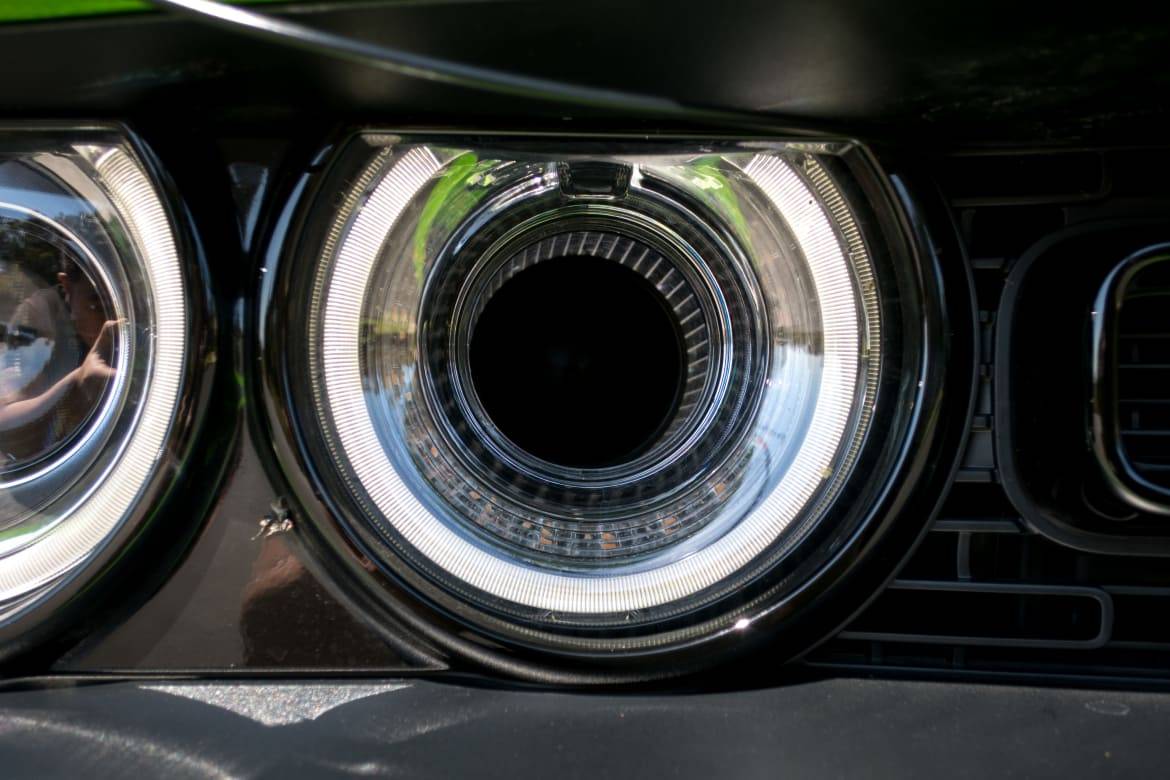 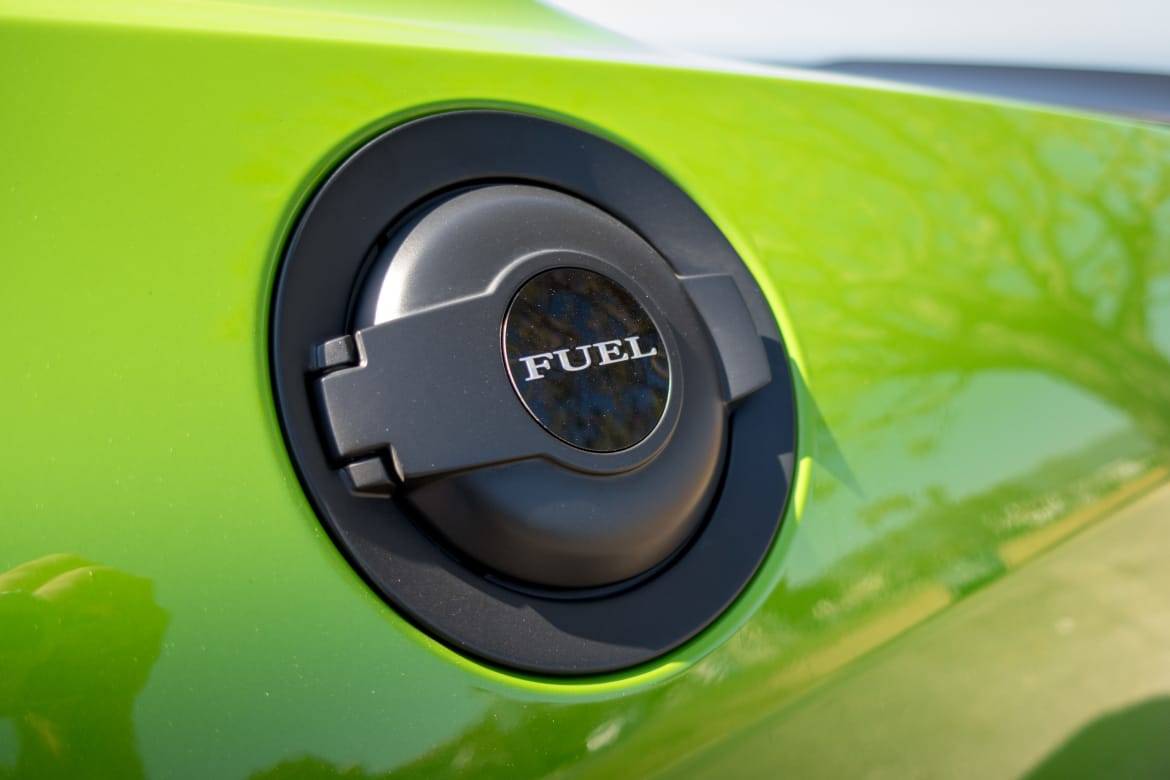 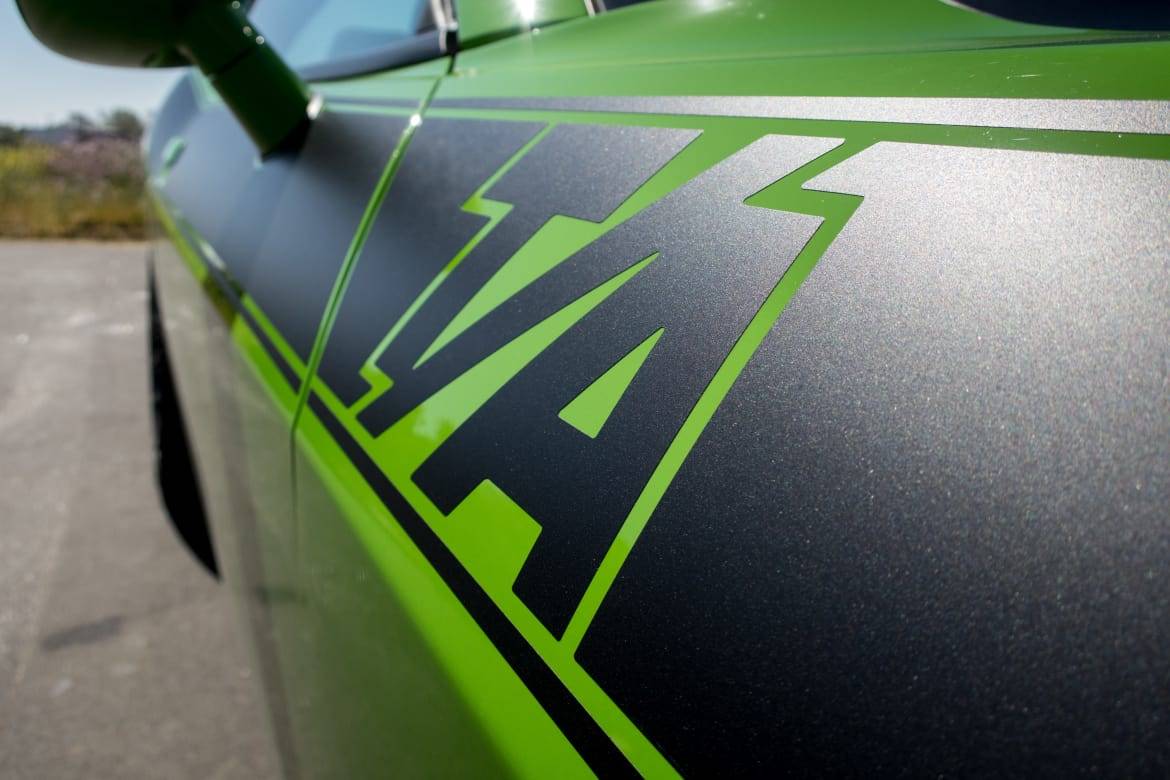 The Dodge Challenger is sort of the third-wheel performance-oriented muscle car, alongside the Chevrolet Camaro and the Ford Mustang. Those two body styles seem to be locked in an eternal arms race, each trying to one-up the other with more modern styling and better suspensions. The Challenger, however, zigs where the others zag, and to me, it really benefits from that independence. Its more retro appearance makes it stand out on the road and, instead of going for greater agility, it’s still brutish in nature, preferring to power through corners rather than arcing through gracefully. That surliness, I will admit, appealed to me a lot in a more visceral way than the other two. Is it better? Probably not. Did I enjoy it more in other ways? A definite hell yes.

I tested a Challenger T/A with the 5.7-liter V-8 and an eight-speed automatic transmission. The new exhaust is a great addition for that engine, giving it a strong guttural sound on startup and a pronounced scream as it flies by. If you don’t believe me, well here’s the video evidence:

Driving the Challenger fast is, well, challenging. The looks aren’t the only thing that’s retro about it: It drives like an angry, good old-fashioned American muscle car. That means it’s squirrely, and those rear-wheels — though widened versus the regular car — can’t hold up to the power of even the smaller V-8. It gets loose if you look at it even a little bit sideways, and the steering is well-weighted, but there’s not a lot of feedback. Overcook the steering wheel into a corner and the car pitches forward with all that weight. This might be a deal breaker in some other vehicles, but in the Challenger, it seemed to add to the fun of it.

If agile is what you want, look to the other two members of the muscle car club. But if what you’re looking for is a front engine production car that sounds the part, looks the part and goes like stink in a straight line, the Challenger T/A remains a thrilling proposition.