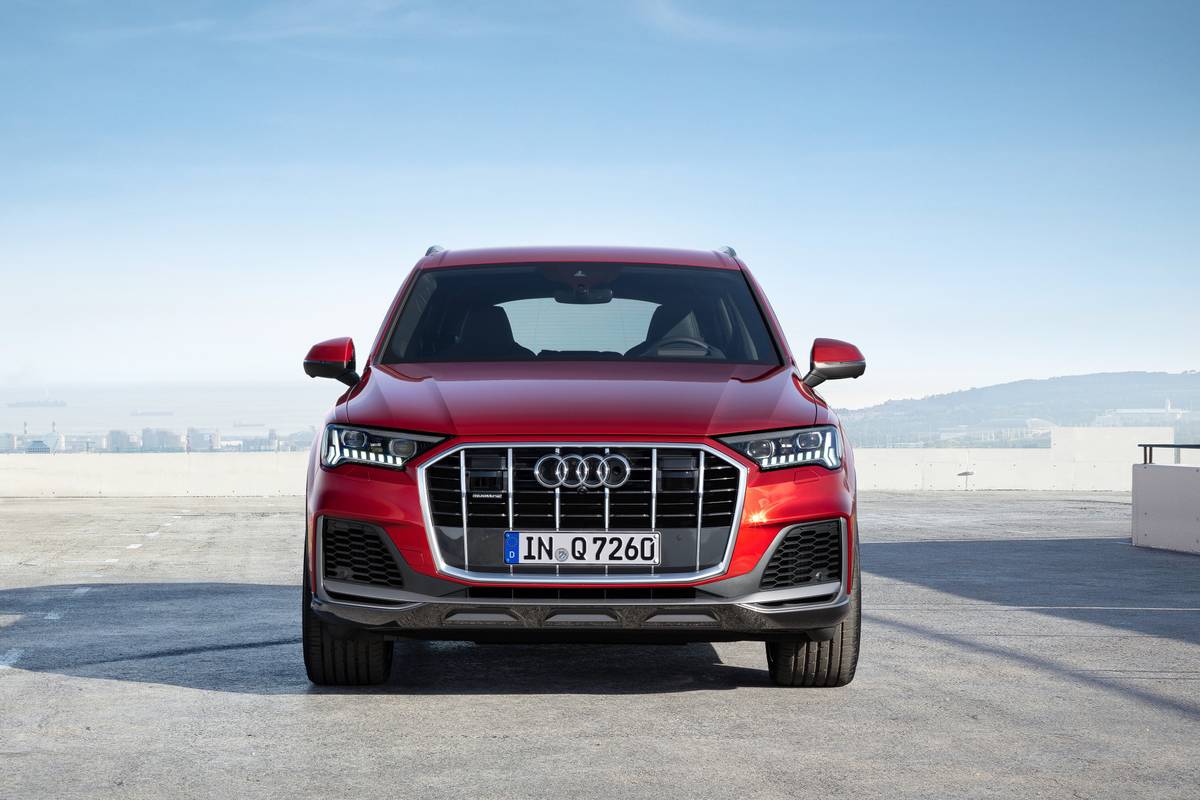 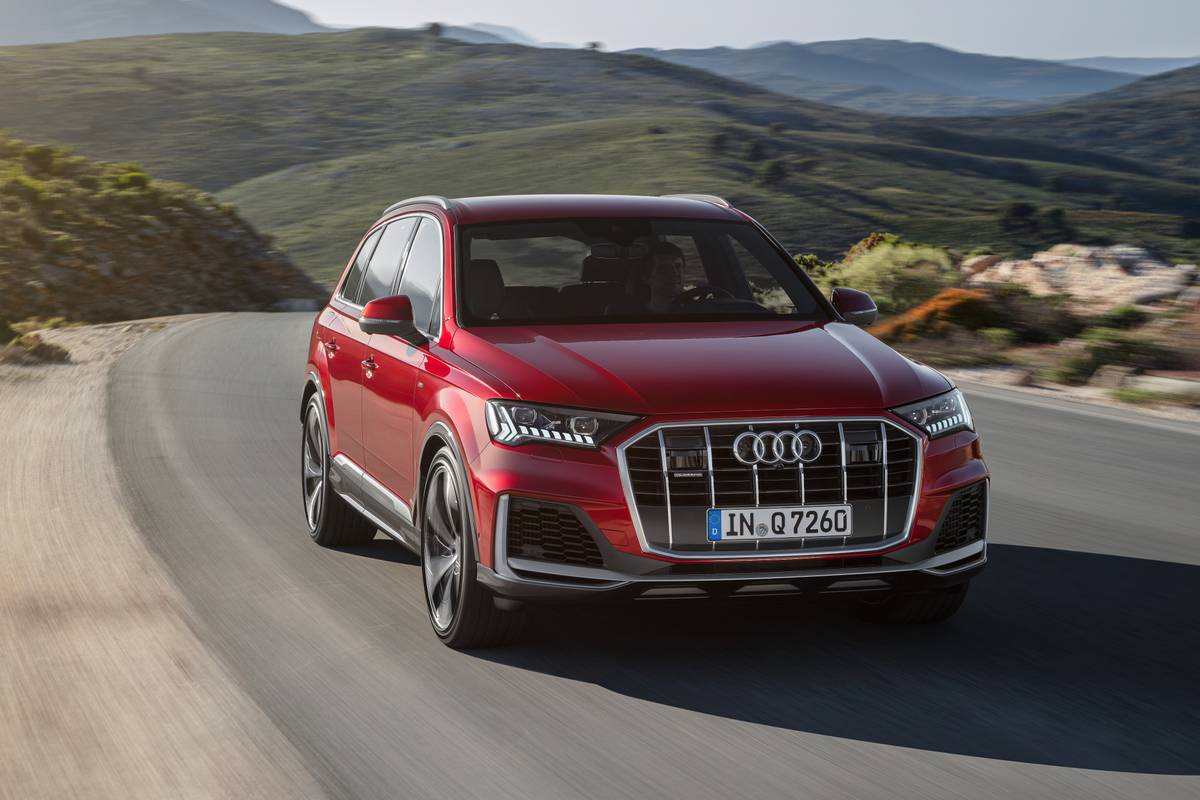 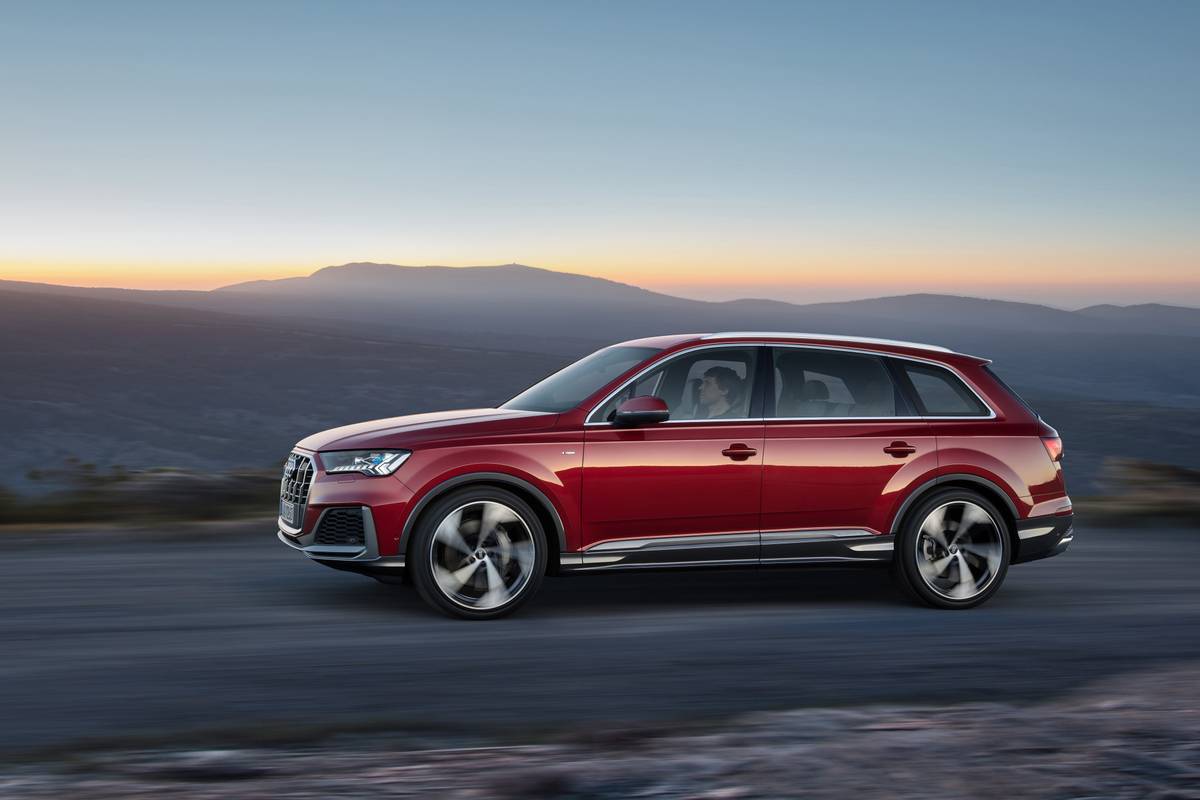 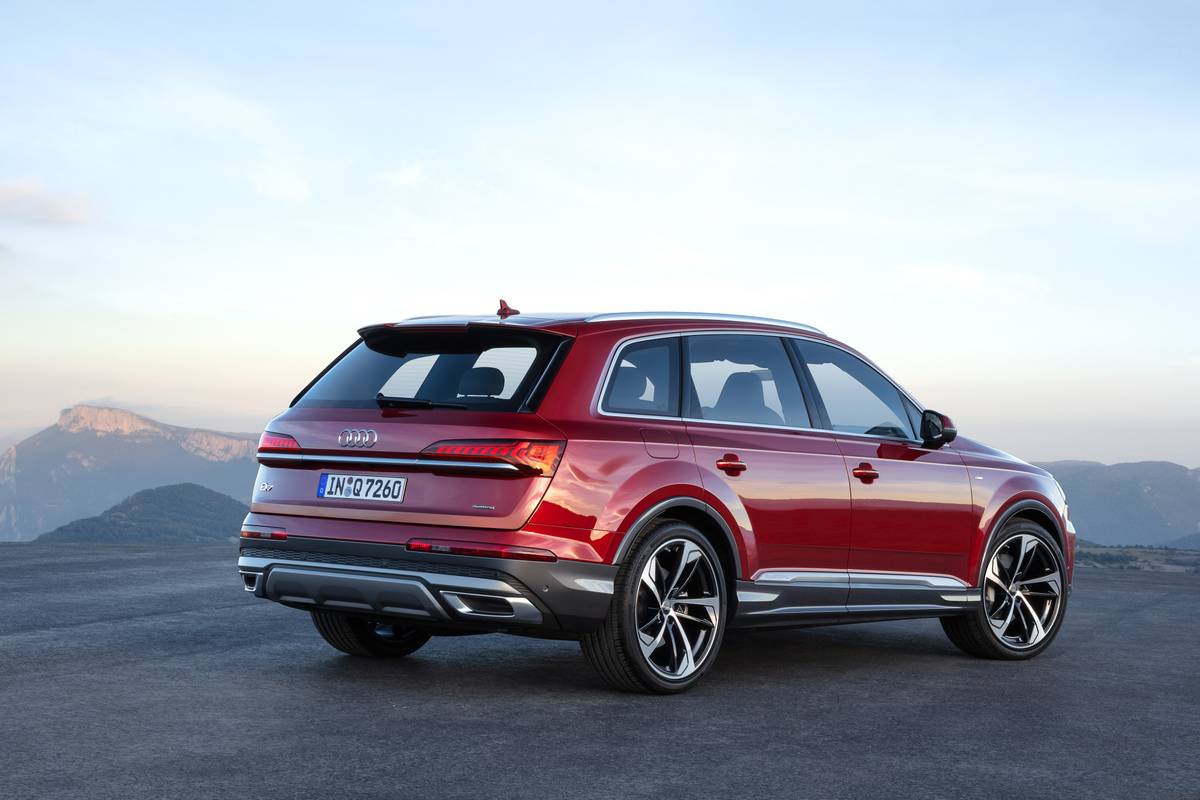 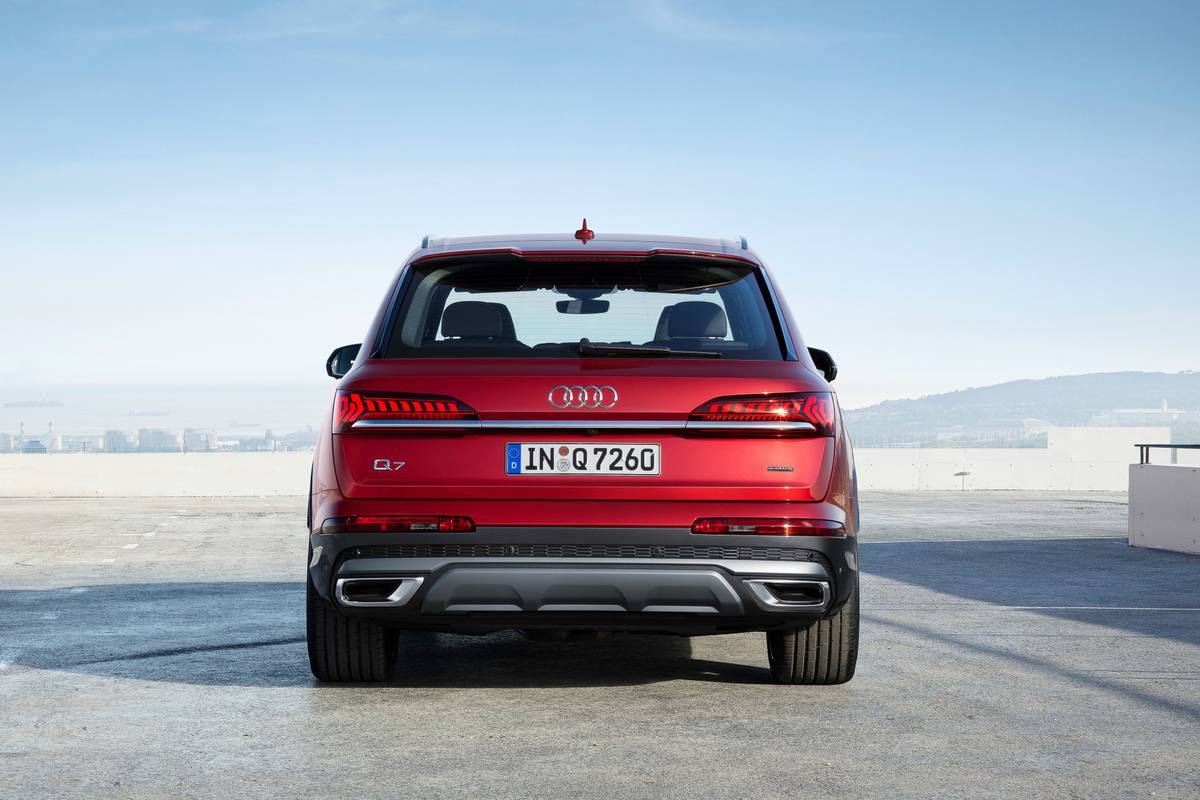 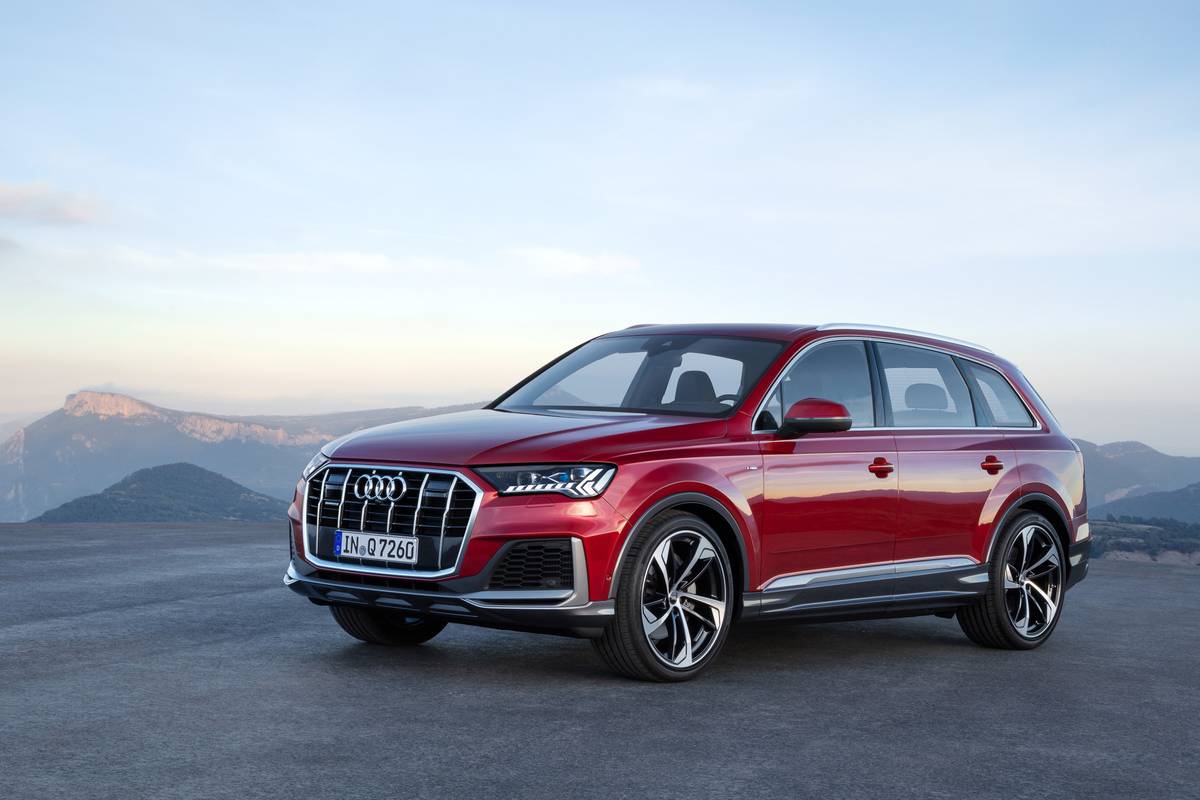 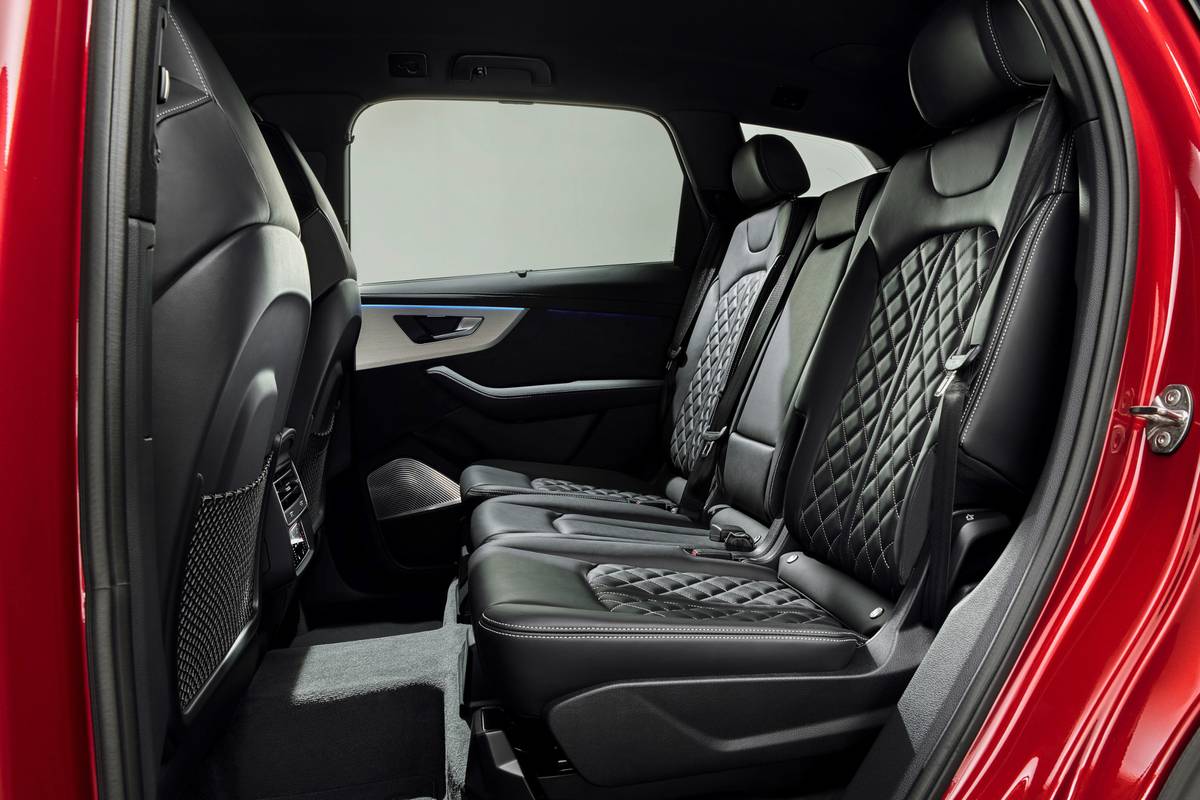 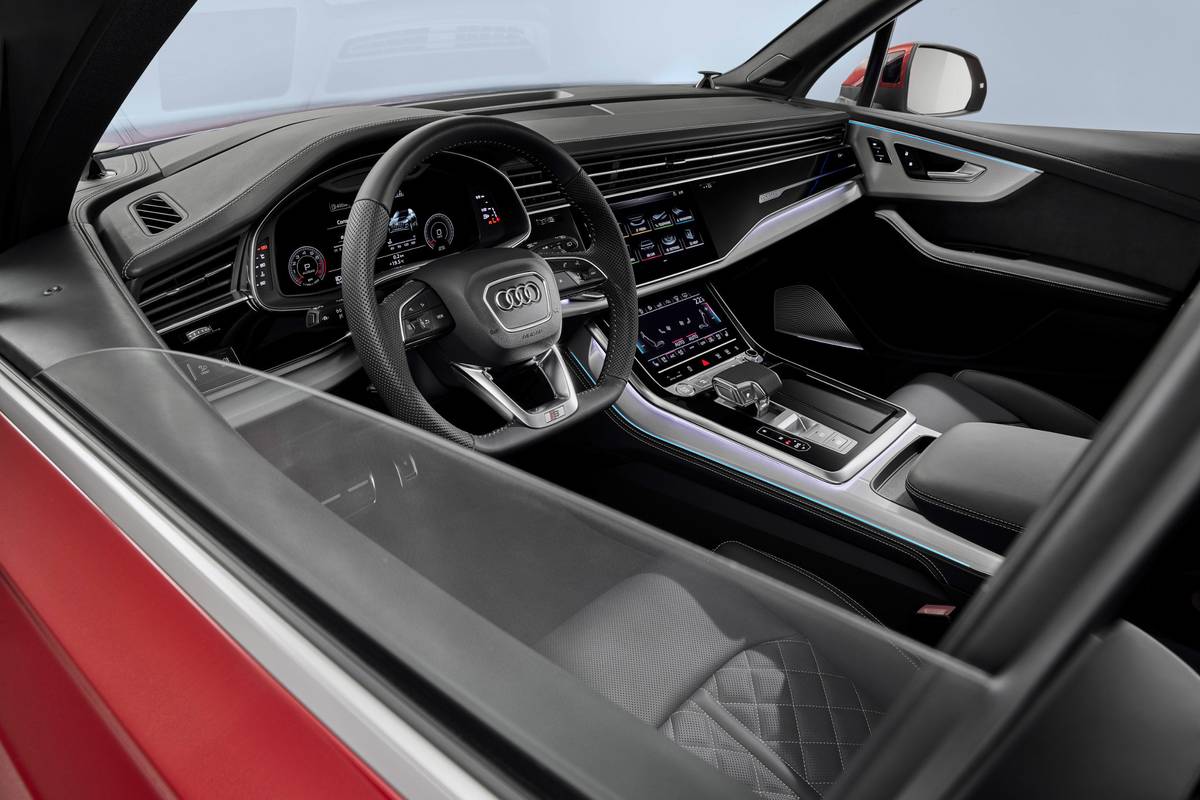 Audi announced an updated version of its Q7 three-row is SUV is coming to Europe in the fall, and as recent history indicates, the U.S. version shouldn’t be too far behind. Updates to the new Q7’s exterior styling, powertrain and multimedia system bring it in line with recently refreshed or redesigned versions of much of the automaker’s lineup.

Outside, changes to the Q7 are subtle and anchored by a flatter, wider version of its signature hexagonal grille. It’s flanked by more expressive headlights featuring optional HD Matrix LED units.

Inside, the updated Q7’s multimedia system should look familiar. Its current center console knob-and-button-controlled multimedia display has been replaced by a pair of touchscreens similar to what’s in the redesigned A7’s cabin. Audi hasn’t released Q7-specific specs, but in the A7, the upper screen is a 10.1-inch display that’s angled toward the driver and displays most functions, including audio and navigation. An 8.6-inch lower display shows climate and comfort settings. Both provide haptic and acoustic feedback when pushed.

Also similar to the A7 and other recently updated Audi vehicles, the new Q7 gets a powertrain update, including a mild-hybrid system. Again, Audi didn’t give spec details, but it said the vehicle would launch in Europe with a choice of two diesel engines — unlikely to show up stateside. What’s more likely for the U.S. market is the mild-hybrid system. In the A7 and A8 sedans, the system pairs a turbocharged 3.0-liter V-6 with a 48-volt mild-hybrid system. A 16-horsepower motor-generator captures energy under deceleration and stores it in a battery under the trunk floor; it also enables a stop-start system. Audi says to expect a plug-in hybrid version after launch.

Audi says the new Q7 will launch first in Europe in mid-September; a U.S. launch likely will follow.