See all 142 vehicles from this dealership.

This seller has been on Cars.com since October 2009.
Welcome to Phil Smith Kia online. We are a member of the Phil Smith Automotive Group based in Lighthouse Point Florida serving South Florida since 1981. We strive for 100% complete Customer Satisfaction and work hard to provide you with an experience beyond your expectations.

We know your time is valuable. We are sure you will find our site a fast and convenient way to research and find a vehicle. If we can be of any assistance while visiting us online send us an email or call us and we'll provide a quick answer to what you are looking for.

Our entire staff is well-trained efficient and loyal to making you Happy!
Thank you for considering us for your automotive needs! 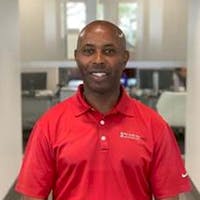 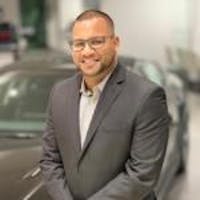 A dealership's rating is based on all of their reviews, with more weight given to recent reviews. Includes reviews of Phil Smith Kia from DealerRater.

Chris M was awesome !! Service spectacular, so helpful and knowledgeable ! It was a pleasure doing business with you . Thanks so much for your professionalism! God Bless!

Hi! We are thrilled that you enjoyed your visit. We are grateful for the five stars, and thank you for choosing Phil Smith Kia

December 1, 2022
By Sidney on DealerRater

Hi Sidney! We are thrilled that you enjoyed your visit. We are grateful for the five stars, and thank you for choosing Phil Smith Kia.

We enjoyed our time at the dealership.

We enjoyed our time at the dealership. The sales people we worked with were very helpful Rockie in particular

Thank you for the five stars. We appreciate your review.

the sales help is very helpful.

the sales help is very helpful. Ask for Gus, he will do what is necessary to make you happy.

Thank you for the five stars. We appreciate your review.

November 15, 2022
By barretochr on DealerRater

Clean, efficient, and quick service. Welcoming environment and friendly staff greets you at the door.

We are thrilled that you enjoyed your visit. We are grateful for the five stars, and thank you for choosing Phil Smith Kia.

My daughters Kia Soul died, so we had it towed here, they

November 14, 2022
By jesse.e.elliott on DealerRater

My daughters Kia Soul died, so we had it towed here, they said it needed a new engine, but because she Didn't know about a recall, that wasn't a National Recall, Kia wouldn't stand behind the engine warranty. So after PS Kia wanted $ 11,000 to replace the engine, I had it towed to a local repair shop. when the Kia got to this shop PS Kai hadn't even put the engine back together and it was missing parts that I had to buy before this other shop could even trouble shoot it. Between Kia being a low rate car, and Phil Smiths service department, I'd love to give them a Zero! The best part was my daughter asked what they'd give her to trade it in on a new car, the the Sale Manager told her to let it go back to the bank and default on her loan. xxx? Way to Go Kia! Don't Buy a Kia and Don't go to Phil Smith Kia.

Hi Jesse! We are sorry to hear your experience was not a positive one. Please email me so that we can discuss this further. Thank you. devinl@philsmithkia.com

The special thing about this place is that the

November 14, 2022
By Jeremiahm on DealerRater

The special thing about this place is that the salespeople do no push you and try to sell you the vehicle. The are very relaxed and made me feel unpressured to make the purchase. Great Experience!

I was shopping alone at Phil Smith Kia in Lighthouse

November 9, 2022
By amandanpenelope on DealerRater

Waiting your email to discuss this further. devinl@philsmithkia.com

Just go somewhere else - MANY other dealerships!!!

I was shopping alone at Phil Smith Kia in Lighthouse Point and was sold a CPO car that after I got home and researched found out it had been in a major accident during a test drive with multiple airbags deployed. How is this legal to CPO a car after that kind of wreck? If it is legal, slipping a Carfax into the rest of the paperwork is NOT how that car should be sold. I found out that Kia allows the dealerships to certify the cars at the dealership – I bet Kia doesn’t realize that they are selling CPO cars that have a history like this car. Is this happening because of low inventory restraints? They refused to return it and give me my Lexus trade in, forcing me to keep the car or buy another one from them. I have been physically sick from how much I was taken advantage of. Not sleeping and now have a LARGE car payment on a car that I settled on just to get out of the situation I was in.

November 7, 2022
By LBallos on DealerRater

Absolutely worst service department hands down! Went for oil change and tire rotation but almost ceased engine due to their service techs total incompetence. Tech failed to properly secure gasket after changing oil and filter, allowing oil to spew out from underneath the vehicle. I drove away from dealership and noticed my 2021 K5 was not driving correctly after a few miles down the road and the low oil indicator light coming on. I barely made it back to the dealership after having already been there for over 2 hours, adding another hour to what should have been a quick and easy routine service appointment. Also the tech never checked the tire pressure of the tires as he noted on the service report. The tires should be 35 psi, the tech noted 35 psi but my tires were all under inflated as I took a picture of what the actual psi's were per my onboard computer. I had to properly inflate my tires on my own and also checked to make sure the lug nuts were properly tightened, as I don't trust anything this service department did. I tried to contact the General Manager and Service Manager through e-mails and phone messages to find out what they planned to do to ensure these issues would not reoccur but they never reached out to me. I have it documented that if my vehicle has any future mechanical issues due to their technicians incompetence, I will seek a new vehicle as compensation from them. Stay away from this dealership if you value the long term use of your vehicle

We strive to provide excellent customer service. We are sorry that your experience was not a positive one. Thank you for your feedback.

Your General Manager or Service Manager replying to my numerous requests to discuss my valid and documented complaints, which NEVER happened, is "striving to provide excellent customer service. Your standard response is weak at best but not surprising. Your spewing lies like the oil that was spewing out from underneath my vehicle because your Service Technician was either not trained properly or incompetent or both.