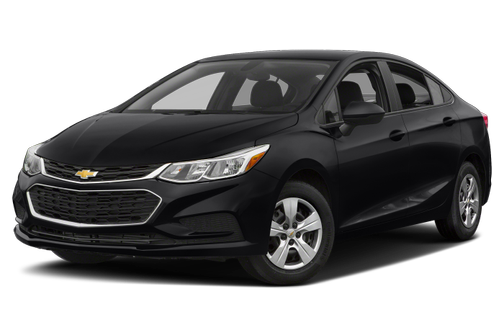 Our 2017 Chevrolet Cruze trim comparison will help you decide.

The verdict: The second-generation 2016 Chevrolet Cruze compact sedan builds upon the qualities we liked in the original, such as a quiet ride, with the addition of a more refined turbocharged four-cylinder engine and greater in-car connectivity, but I wish the driving experience were more engaging.

Versus the competition: There are a lot of compact-car contenders, and it's a corner of the market that's constantly evolving; along with the redesigned Cruze, the Honda Civic and Hyundai Elantra have recently been overhauled. Within this set, the Cruze stands out for its overall quality and refinement, and surpasses most with its available connectivity features.

Editor’s note: This review was written in May 2016 about the 2016 Chevrolet Cruze sedan, but little has changed with this year’s model. To see what’s new for 2017, click here, or check out a side-by-side comparison of the two model years.

The redesigned Cruze has been a long time coming — the U.S. model first was shown back in June 2015 — but it’s on sale now and has a starting price of $17,495 (including an $875 destination charge) for a base L trim level with a manual transmission. I tested the top-of-the-line Premier trim, which comes with an automatic transmission and starts at $23,995 including destination. Optional features such as a power moonroof, navigation, a Bose premium stereo, automatic air conditioning, wireless device charging and heated rear seats raised the as-tested price to $26,855. To see how the Cruze’s specs compare with the Civic, Elantra and Mazda3, click here.

Chevrolet also is readying a hatchback body style of the Cruze that’s scheduled to arrive this fall as a 2017 model, and a diesel-engine version that’s slated to arrive early next year.

The 2016 Cruze looks considerably sleeker than its predecessor even though it’s less than an inch lower than the prior model. Contributing to the look is greater windshield rake and a swept-back front end. It’s a tidy-looking small sedan, and the design is quite modern overall.

The refinement we’ve liked in Chevrolet’s recently updated cars such as the Malibu midsize sedan and full-size Impala is present in the Cruze, and it’s particularly evident with the new turbocharged 1.4-liter four-cylinder engine. Rated at 153 horsepower, the four-cylinder goes in all Cruze trim levels and drives the front wheels through a six-speed manual or a six-speed automatic transmission. (Most Cruzes come with the automatic.)

The turbo four-cylinder sounds refined when accelerating, even under full throttle, and power builds smoothly. Acceleration is adequate; it feels about as swift as the 2016 Civic with the base 2.0-liter four-cylinder. Still, the Cruze’s turbo four-cylinder does have some reserve power at highway speeds for passing.

The six-speed automatic made a couple abrupt shifts during a day of driving, but gear changes were otherwise smooth and the transmission readily kicked down a few gears for more passing power. Like the four-cylinder engine, the transmission’s overall refinement is on par with what you’d experience in an entry-luxury car.

The one aspect of the drivetrain that’s a little annoying is its lack of power when cruising at 55 to 60 mph. With the automatic, engine speed is around 1,700 rpm at those speeds and the small four-cylinder feels sluggish at that rpm. Some willingness on the transmission’s part to stay in a lower gear — or the inclusion of a Sport mode or shift paddles for more driver control (the Cruze doesn’t offer either) — would be welcome.

All automatic-equipped Cruzes have engine stop-start technology, which is designed to save gas by automatically turning off the engine when you come to a stop and then restarting it as you lift your foot off the brake pedal. Unlike many stop-start systems, you can’t turn the system off in the Cruze; it’s operational whenever the ignition is on. Thankfully, it’s an unobtrusive system, and I didn’t feel the urge to turn it off, even if I could have; engine restarts are smooth and accompanied by just a hint of engine noise.

The one problem I had with the stop-start system is that the climate control’s fan speed slows when the engine is in auto-stop mode, which noticeably reduced the system’s cooling effectiveness while I waited for a stoplight to turn green.

Things such as stop-start technology, a weight reduction of up to about 200 pounds and more aerodynamic styling have contributed to significant increases in EPA-estimated gas mileage: Automatic-transmission models besides the Premier are EPA-rated at 30/42/35 mpg city/highway/ combined. (According to Chevrolet, the extra weight of additional features and different tires with greater rolling resistance give the Premier a 30/40/34 mpg estimate.)

Like the Civic, Mazda3 and others in the compact-car class, the Cruze has a taut suspension. You feel bumps in the road, but the setup handles them well; there’s no harshness as the suspension reacts to them.

The Premier’s suspension has an additional linkage on the rear torsion beam for better handling, but  while body roll is well-managed on winding roads, the Cruze isn’t as fun to drive through corners as the new Civic. The Cruze’s center of gravity feels higher than the Civic’s, but, more significant, its steering isn’t as involving due to minimal feedback. It does take only a light touch to turn the steering wheel, which helps make the Cruze easy to maneuver in the city. (The Premier has a slightly quicker steering ratio than the other trims.)

While the redesigned Cruze looks sleeker, the new exterior styling doesn’t compromise front-seat comfort. The Premier’s power-adjustable driver’s seat was comfortable for a day of driving, with side bolsters that weren’t overly restrictive.

The backseat also is pleasant for adult passengers, offering decent legroom and headroom, but views out the side window are restricted by that sleek roofline; I was staring at part of the headliner when looking out the window.

The cabin has a high-quality appearance. Some of the plastic trim pieces, including the upper part of the front doors, have a thin rubberized coating that gives them a nice low-gloss finish. The coating doesn’t carry through to the rear doors, though.

The standard 7-inch touch-screen multimedia system supports Apple CarPlay and Android Auto, which let you interact with select smartphone apps such as Pandora and Apple or Google Maps that are mirrored on the dashboard screen. An optional 8-inch touch-screen for the LT and Premier models also supports CarPlay and Android Auto, and it took only a few seconds for the multimedia system to recognize my iPhone and display apps on the screen. Overall, it’s an easy way to use your phone’s media in the car and to more safely use your phone’s navigation capability when you need it. (A built-in navigation system is optional for the Premier.)

Bluetooth streaming audio is standard; a CD player no longer is offered. There’s one USB port in front of the gear selector for a wired device connection, as currently required by CarPlay and Auto. Wireless charging for devices that support it is optional for the Premier.

In an effort to appeal to tech-savvy car buyers, the LT and Premier trims come with an extended-length trial of the Cruze’s connected services. Dubbed 24/7 Promise, it includes two free years of Sirius XM satellite radio, two years or 24 gigabytes (whichever comes first) of 4G LTE data for in-car Wi-Fi, and two years of the OnStar Guidance Plan. The Guidance Plan includes automatic crash response, roadside assistance, stolen-vehicle assistance, turn-by-turn navigation and the ability to use a RemoteLink smartphone app to lock and unlock the doors, and remotely start the car (if equipped with remote start).  The 24/7 Promise also includes two oil changes and tire rotations in the first two years or 24,000 miles, whichever comes first.

The two-year satellite radio period is significantly longer than the typical three- or six-month trial that most of the Cruze’s competitors offer, and Chevrolet says the program’s 24-GB data trial provides up to 800 hours of streaming music or 1,600 hours of web browsing via the car’s Wi-Fi hot spot. Data-intensive content, such as online video, will burn through the free trial considerably quicker.

The Insurance Institute for Highway Safety gave the Cruze its top rating of good for its performance in moderate-overlap and side-impact crash tests. As of publication, the car hasn’t undergone the tougher small-overlap crash test, and its optional crash-prevention technology hasn’t been evaluated.

A backup camera is standard. Optional active safety features include blind spot warning, rear cross-traffic alert, lane departure warning and prevention, and forward collision warning. Unlike some collision warning systems that will automatically brake the car to avoid a crash or lessen its severity, the Cruze’s system warns the driver but doesn’t apply the brakes.

There are sportier compact cars than the Cruze, but Chevrolet’s redesigned sedan ranks as one of the most refined. For the car’s $17,495 base price ($19,995 for the least expensive version with the optional automatic transmission) you get a lot of in-car connectivity, and that should appeal to the young car buyers Chevrolet hopes to reach.

May 21, 2022
By lesadler38 from Northwest of the twin cities
Owns this car

This is by far the best car that I have ever bought and owned, 2017 Chevy cruze. I bought it new. She is a good girl and doesn't complain, because her mama, me, takes care of her. If you do regular maintenance, oil changes and other fluid changes, your car will love you back.

I use to love it now warranty expired turbo engine is bad dealer said turbo was replaced before what's really going on 2215.00 worth I can't afford it

Rating breakdown (out of 5):
17 people out of 21 found this review helpful. Did you?
Show full review
See all 413 consumer reviews 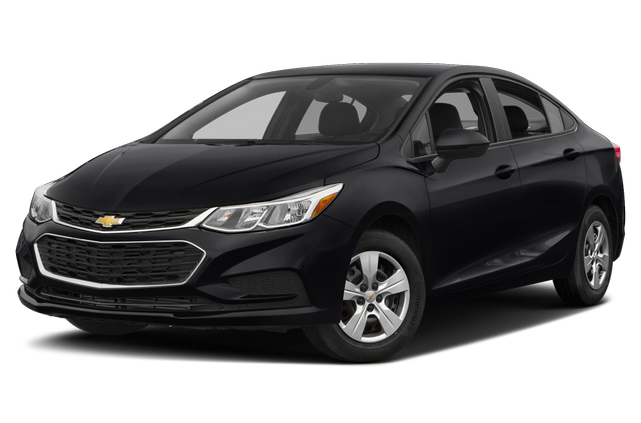 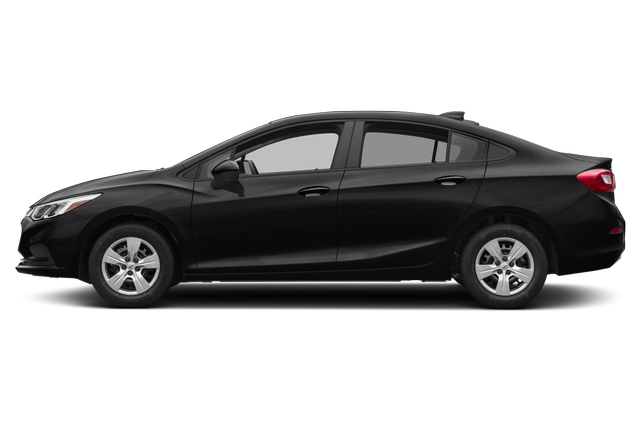 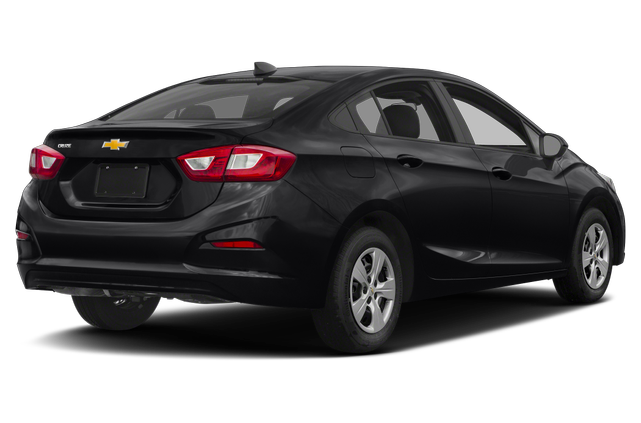 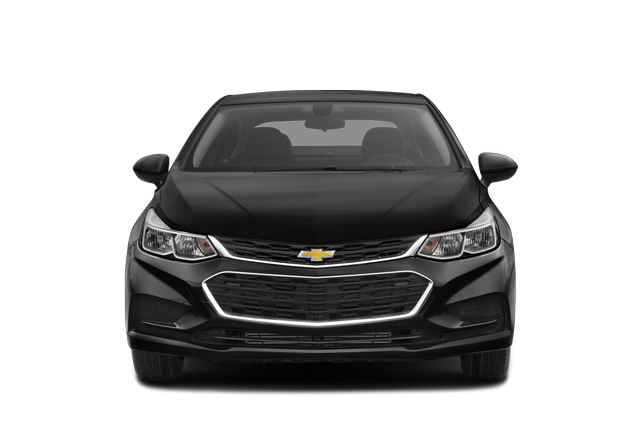 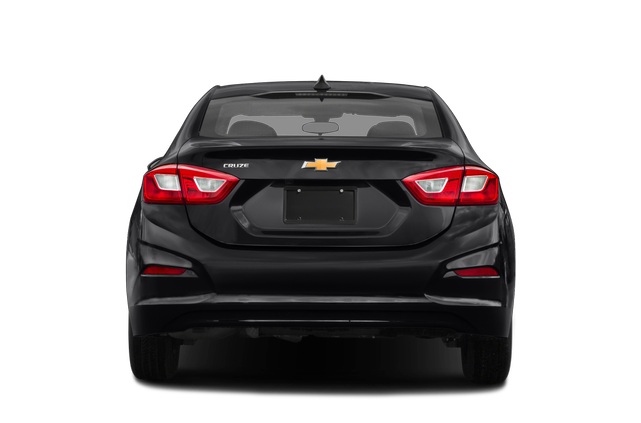 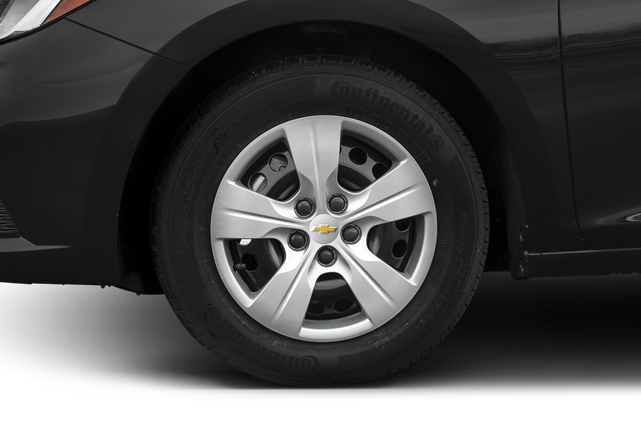 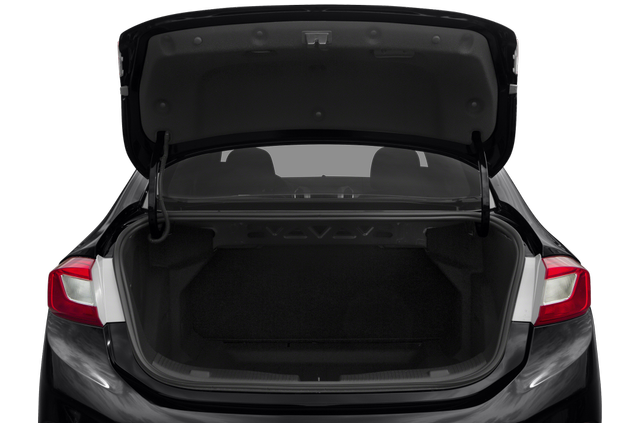 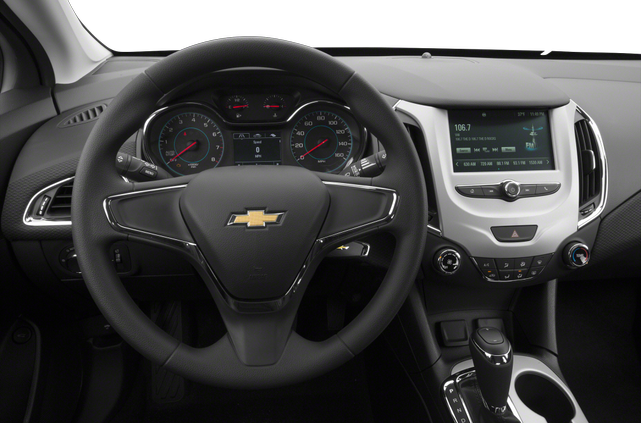 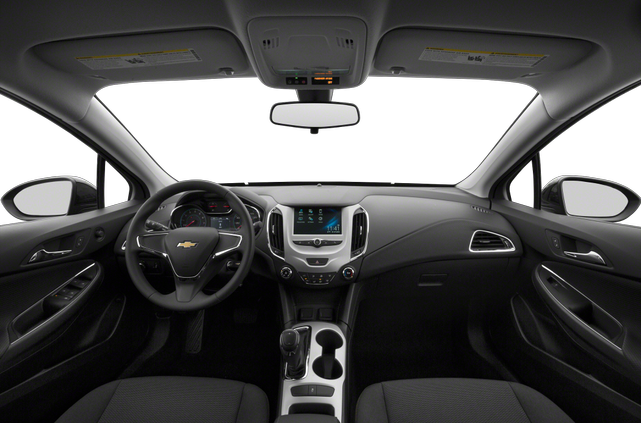 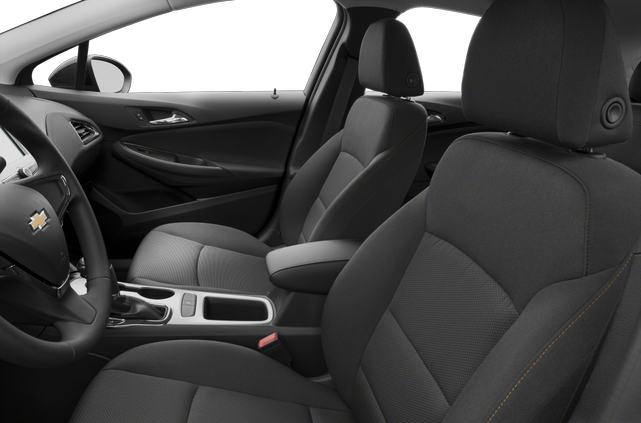 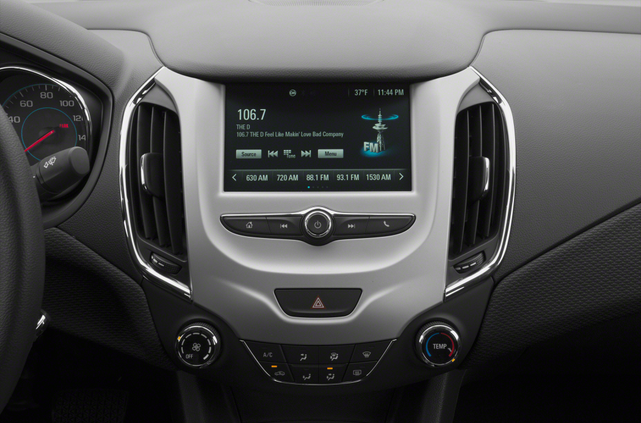 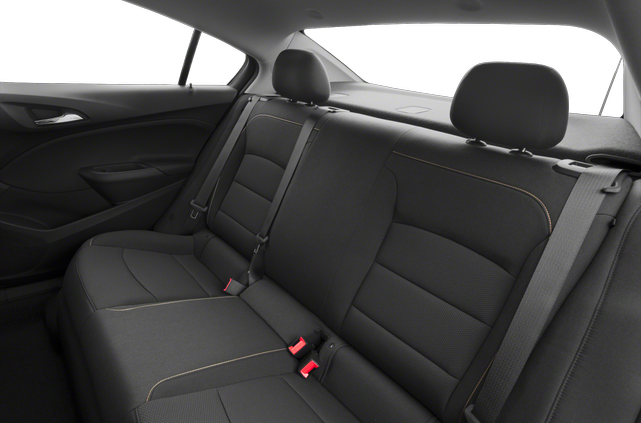 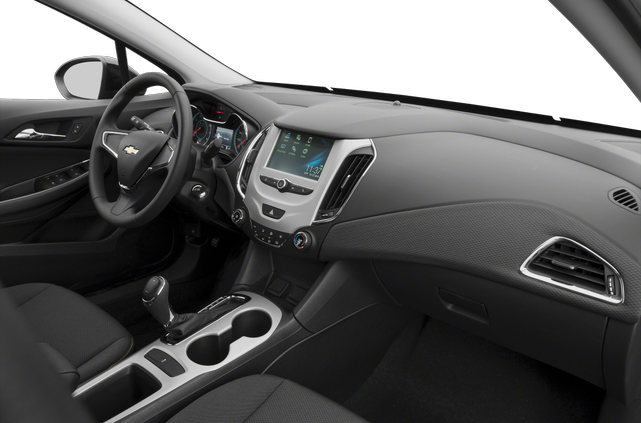 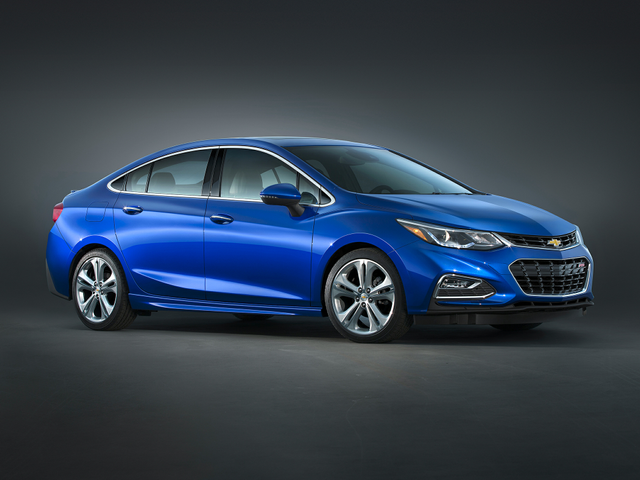 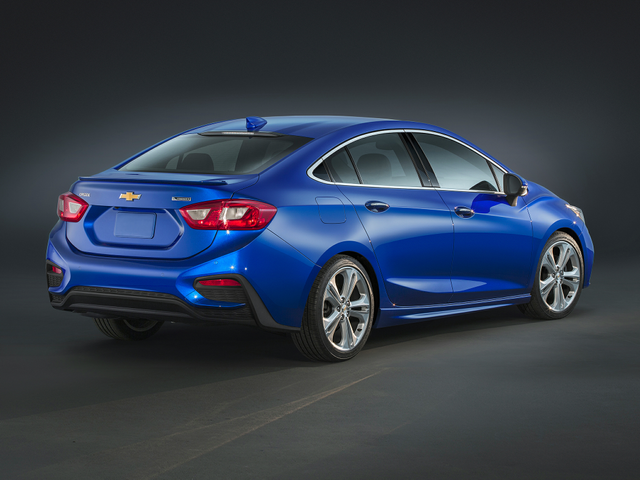 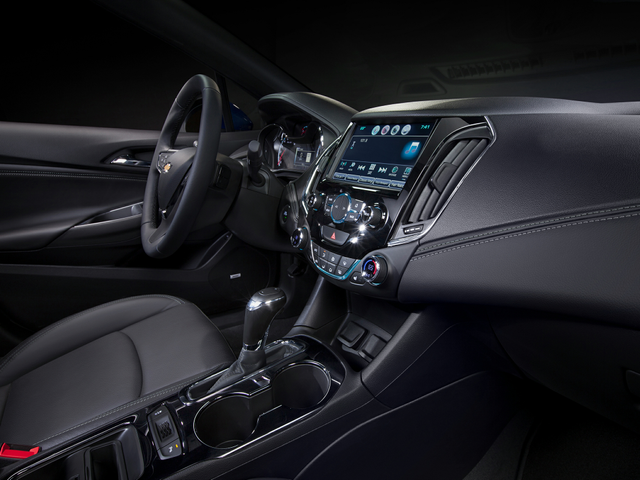 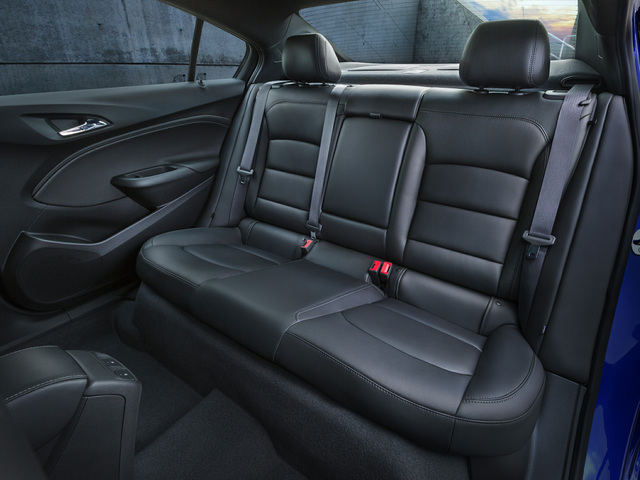