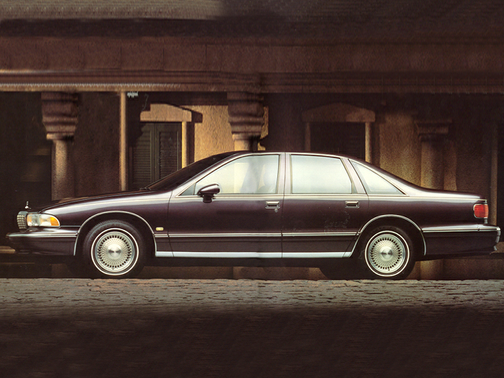 Our 1994 Chevrolet Impala trim comparison will help you decide.

A Chevrolet that turns heads but doesn’t carry the Corvette nameplate.

A Chevrolet that has people in their teens and 20s turning thumbs up at a four-door sedan and the thirty- and forty somethings talking domestic rather than European or Japanese.

A Chevrolet that goes back into the archives to retrieve the popular Impala name, last used nine years ago, and the SS, or Super Sport, performance designation, which has been dormant for 25 years, for perhaps the best car the automaker has offered since retiring those names.

Impala, a Caprice derivative, is everything Caprice was hoped to be but isn’t.

Caprice, if you believe the gossip in Detroit, was the supposed crowning achievement of now retired GM chief design guru Chuck Jordan. He reportedly said it was his best work. Some GM division general managers, however, turn red and begin to babble uncontrollably while their limbs shake when they look at the design legacy Jordan apparently left behind.

Whereas Caprice is frumpy and dumpy and looks like it’s in sore need of a girdle to camouflage the lumps and bumps, Impala is smooth, clean, lean and even a bit sassy. The rear end doesn’t look like an addendum, unlike on the Caprice. Several well-placed metal Impala logos, a body-color grille with a white Chevy bowtie logo in the center and body-color front and rear fenders complement the sporty effect.

You’ll hear raves about Impala’s 5.7-liter, 260-horsepower V-8 and how it gives vitality to the four-door sedan. Little sport coupes idling at the line next to the family cruiser will wheeze exhaust fumes when they fail to pay respect to the Impala SS. The V-8, lifted from the Vette, is a needed injection from the fountain of youth for the big family sedan. Acceleration is smooth and upbeat, without any hesitation or lag time. There’s no pausing for a gulp of breath when you step on the pedal. The 5.7 wants to run.

It took about a quarter mile on the track at Elkhart Lake, Wis., last summer to appreciate the SS prototype. No roll, no sway, no lean. Impala sits flat. The addition of 17-inch treads helps Impala fasten itself to the pavement, whether the road wanders left or right, up or down. The 5.7 feels so good because the suspension lets you enjoy its maximum output.

Now, months later, testing the production version of the Impala SS back on the roads of Illinois, the 5.7 is just as quick. The car is just as nimble, lively and-one other thing so many Chevies have promised to be but have fallen short of over the years-fun.

Pontiac turned attention away from sport coupes and toward sport sedans when it unveiled the Bonneville SSE in the 1980s. It was the SSE that gave the concept of U.S. sports sedans credibility. The Impala SS, rather than owing any heritage to Caprice, seems to be a rear-wheel-drive descendant of that SSE.

To complement the engine and suspension, Chevy came up with w de, supportive seats that serve a dual role. They hold driver and passenger in place during maneuvers at speed and provide cushioned comfort when you opt simply to cruise down the interstate and take in the scenery.

Kudos to Chevy General Manager Jim Perkins, a veteran dirt-track racer before age and belt size started catching up with one another and the corporate world beckoned.

Perkins could have let Caprice rot as a family sedan/taxicab.

He opted to inject some life into it as an Impala, taking the SS (for Super Sport) route now that Jordan no longer is around to mess up the sheet metal and foster the image of Caprice as being a 4,000-pound luggage carrier. And isn’t it odd that some of the better styles coming soon from GM-the Oldsmobile Aurora and Buick Riviera, along with that Impala SS-are post-Jordan artworks?

Unfortunately, Chevy is teasing the public with the Impala SS. Chevy will build only 6,058 of the cars in 1994. At least that’s up from the original plan to assemble only 5,000 this year. Chevy will have the capability to build 15,000 in 1995, when you also will see colors other than black-such as red, white and green.

The Impala SS starts at $21,920, which includes most of the equipment you’ll want or need. But, considering that only 6,058 Impalas will be available this year, be prepared to add a sky’s-the-limit premium for the right to own one. There are rumors of some dealers charging $5,000 more than full sticker price.

June 9, 2022
By john from bloomington,il
Used to own this car

Im a car guy for over 40 plus years1 no way in xxxx does a car like this should cost 19,000.00 dollars no way Sooo many vehicles today are extremely high priced like up to 1000% percent of what they should be.. this vehicle should be if its rust free with 40,000 miles and 100% factory and maintained 6,000 tops. America car market S%&KS. And im An American and my past family lived here since the late 1700"S

Chevrolet made a car that wasn't bullet-proof, but was the next thing to it. It may have more lasting power than the Panter-platform Ford products. Why? This Impala SS has survived four (!) teenagers learning to drive and using it for much of their high school years. It survived a volunteer firefighter responding to emergency calls. It survived being stuck in the mud above the door sills (yep, a teenager). In spite of this 23 years of abuse, it starts and runs faithfully no matter how long it has been in the garage waiting its turn to be needed.

March 21, 2017
By Cjcruzn from Little Canada MN
Owns this car

Thanks Joe you did good on fixing paper work and we will send others to you to get a good car ! See I again ! 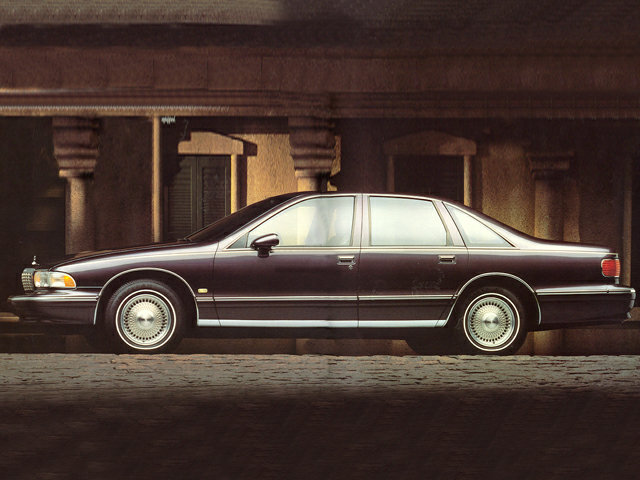