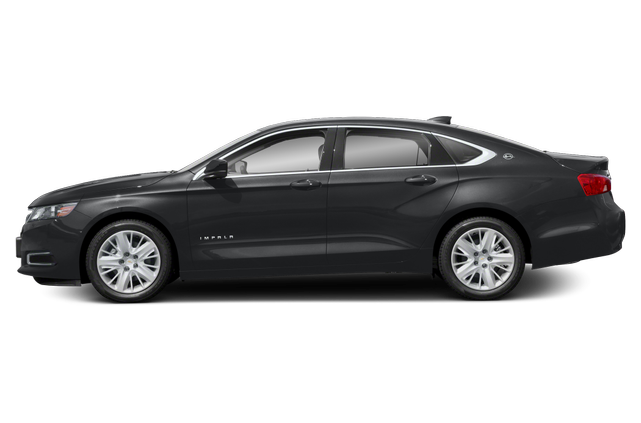 Chevrolet introduced the Impala in 1958 as a high-style, top-of-the-line two-door hardtop and convertible. The next year, four-door hardtops and sedans were added. The Impala Super Sport arrived for 1961, and its top-gun, 409-cubic-inch V-8 was quickly immortalized in a song by The Beach Boys. The fancier Caprice full-size sedan appeared in 1965, but Chevy still sold hundreds of thousands of Impalas annually. GM downsized its big cars for 1977, and the new, smaller Impala was a trend-setter, helping reverse Detroit’s inclination toward longer, lower and wider. The Impala faded away after 1985, but made an unexpected return as the muscular 1994-1996 Impala SS. In 2000, it was reintroduced as a front-drive sedan. The latest Impala debuted for 2014, but with the heart of the market shifting to crossovers and SUVs, this traditional full-size sedan finds itself out of today’s mainstream.


Today’s Impala, introduced as a 2014 model, was a substantial upgrade from the previous generation. New styling added visual interest, and the better-finished interior provided the room expected in a full-size American car. This Impala rode GM’s newer Epsilon front-drive …chassis, offered four-cylinder or V-6 engines, and had a wide range of available safety features. Used-car shoppers should note that Chevy continued to sell the 2013-style car through 2016 as the Impala Limited.


The Impala returned for 2000 as a roomy front-drive sedan, replacing the Lumina. The new car’s styling received mixed reviews; the look may be best remembered for its quartet of large, round taillights. Originally 3.4- and 3.8-liter V-6s were the only engine choices, but in 200…4 the Impala SS made another comeback with a 240-hp, supercharged V-6.


Chevy’s old-school Impala SS was available from 1961 through 1969, always as a two-door hardtop or convertible. The muscle legend made a surprise return for 1994 as a rework of the body-on-frame Caprice four-door, which many Americans recognized as their local police department…’s favorite cruiser. The new Super Sport’s handsomely clean exterior wore dark paint and subtle badges, while performance upgrades included a 260-hp, 5.7-liter V-8 (it would have been called a 350 small-block back in the 1960s), lowered suspension, sticky rubber on 17-inch wheels, and bucket seats.

News
Discontinued Cars of 2020 You Can Get a Deal On