Our 2001 Chevrolet Malibu trim comparison will help you decide.

It was a Saturday of ordinary things.

I ate oatmeal at breakfast. I had hamburger and pie for lunch. (I lied to my wife about that.) I drove a Chevrolet.

It was the 2001 Chevrolet Malibu LS sedan — a silver car with a light-gray interior, leather-faced seats and polyurethane forestry.

Neither blue jeans nor T-shirts nor sneakers could be more ordinary. That was fine with me.

Anonymity has its benefits. People leave you alone. After spending several weeks in high-profile vehicles, the new Ford Thunderbird and fixed-roof Corvette Z06 among them, alone time was what I needed. No police escorts. No prying eyes. Blessed invisibility.

I once would’ve considered that an insult, but that was before I learned the value of normalcy. The Chevrolet Malibu LS is about being normal.

With the exception of an aerodynamically meaningless rear air spoiler, there is little pretentious about the car. Even the fake woodgrain accents along the dashboard seem appropriate, sort of like plastic flowers on the table in a neighborhood restaurant.

The thing is, the Malibu LS works. It does exactly what it is designed to do. It offers a comfortable ride, somewhat spirited, at a very competitive price. It offers safety and reliability — and a list of standard equipment that easily makes it one of the best affordable family sedans sold in the United States.

You can drive around all year in the Malibu without attracting law enforcement attention. The car even bores police radar. It’s perfect for politicians and others who like to sneak around under the cover of plausible deniability.

That’s how I escaped my wife for an unauthorized Saturday trip to a local Wendy’s. No one paid attention to me in the Malibu. No one saw me eating my hamburger and pie in the parking lot.

But I’ve got to give my wife credit for clever police work.

“Have you eaten?” she asked when I returned.

“Meaning what?” she asked.

“A sandwich thing,” I said.

“What kind of ‘sandwich thing’?” she asked.

Its a reliable vehicle.

February 5, 2021
By OklaAndrew from Tulsa, ok
Owns this car

I bought my 01 malibu used with 160k+ miles and its in surprisingly good shape. Im the 3rd or 4th owner and almost everything works and the engine runs great. One of the motors for the driver's seat went out so its stuck in one position. My only worry is electrical, the blinkers don't always work. Overall im very happy with my purchase and i will drive it as long as i can. I am very easy on cars and maintain them so i expect to put another 100k miles on it at least

My first car, it's decent but a lot of issues.

November 25, 2020
By Chevy4lyfe from Manhatten, New York
Owns this car

I got it handed down to me from my mom 5 years go, she bought it 8 years ago but it didn't have any issues and was a good car until it got around to me. I tried my best to keep up on it but so many things just kept breaking on it because of the mileage. I've had to replace struts 3 times, CV axles, rack and pinion, sway bars and steering rack. All the underneath components are complete garbage. Don't even get me started on the never-ending overheating issue. It's got the not-so-great 3.1 V6. I've replaced the thermostat, cooling fans and the coolant tank. Yet to this day it eats up a full tank of coolant within 2 days of putting the xxxx in. Because of this the heat works about 20% of the time and it gets really hot unless you're driving down the road. The interior is possibly the ugliest i've ever seen other than the wood grain on the dash which I really like. Despite the mechanical nightmares I actually really like this car. It's the LS package so it's got all the features possible. Power windows, seats, mirrors, door locks and OnStar. On the outside it's got the rare 5 spoke painted rims which they only made specifically for the 2001 model. Black pinstriping and the lowered side skirts and bumpers. The paint is in good shape, with the exception of a couple chips and a little rust it still shines up like new. It's very comfortable to drive though, the suspension floats when you're going down the road and the car feels huge from the inside. The horsepower is decent too, gets up to speed but hesitates a lot because of the horrible 4th gear overdrive which kicks in going a minimum of 30mph at times if you're just trying to cruise slow. Overall I would recommend this car.. but only for a second vehicle or a Sunday driver. It is a solid tank and will run forever however it is inevitable to run into countless issues with front end parts and the engine overheating. (The intake manifold is the most common issue with this). I would recommend buying it, regular service is a must though.

My first car; I love it.

November 18, 2019
By MikeTwoPointO from Las Vegas, NV
Owns this car

I recently turned 16 and this was purchased as my first car for only $800. It was the original owners primary car for over ten years and had recently been fixed up in preparation for the sale. Keep this in mind, when reading the rest of the review. Despite my particular car's interior being a little cracked, I quite enjoy design, layout, and space in the car. The space in the trunk is amazing, plenty of room for groceries and the like. While I haven't driven it much, the few times I have, it was very smooth and easy. The front windshield is large and the turning feels nice. I may be alone in this, but I actually really like the way it looks. I am looking forward to fixing the old thing up and pro-longing its life a bit. 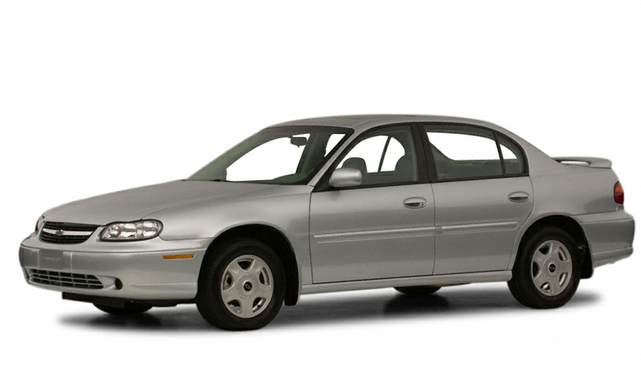 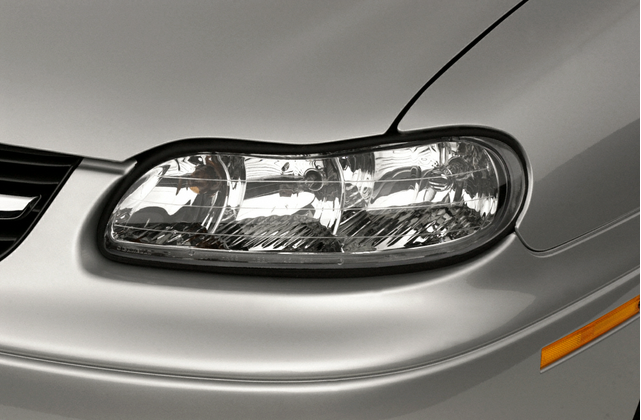 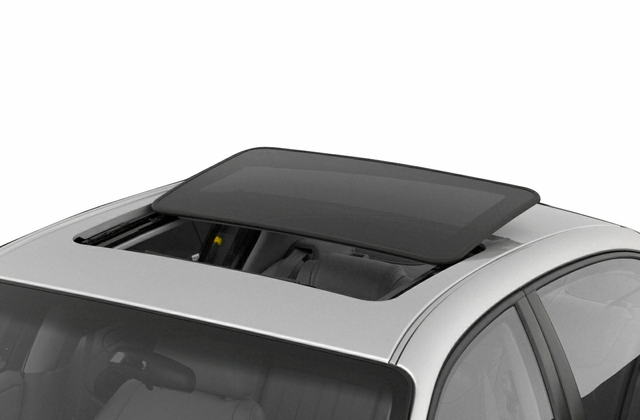 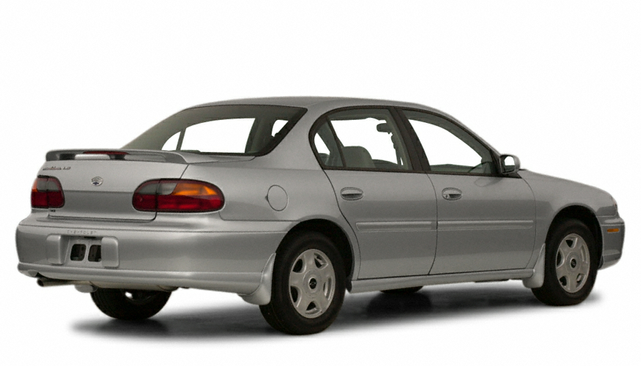 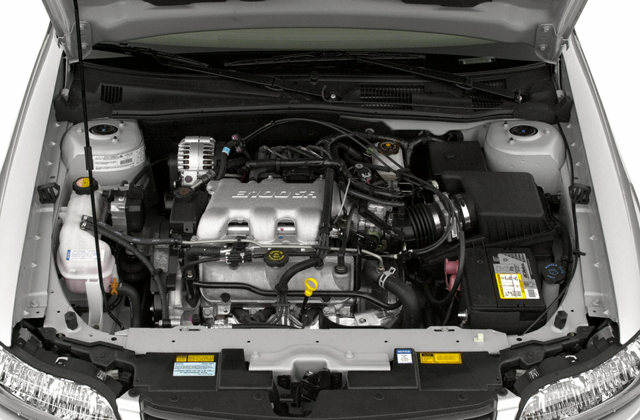 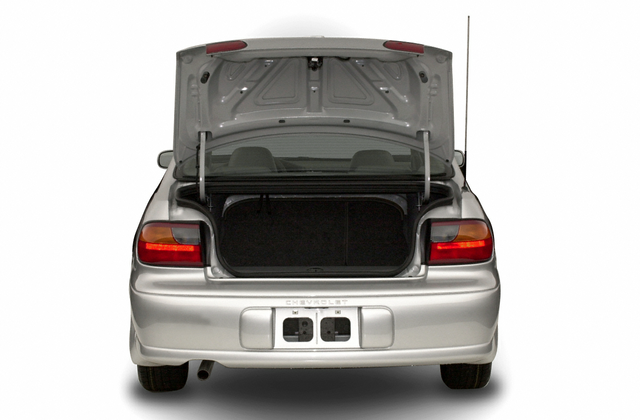 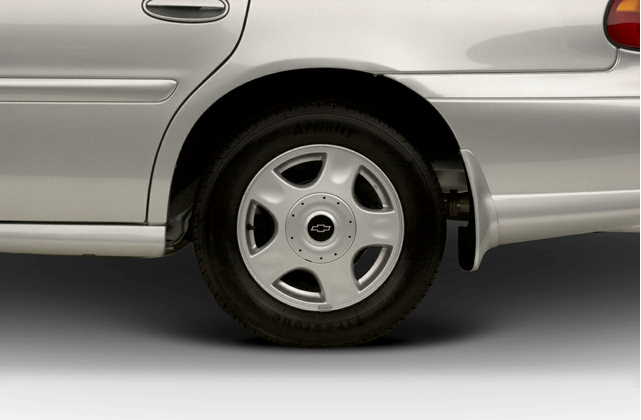 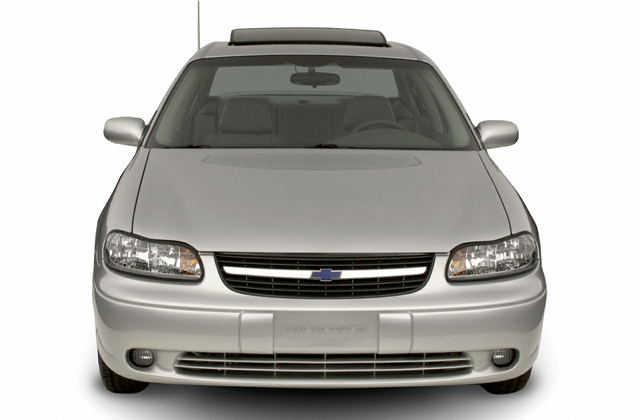 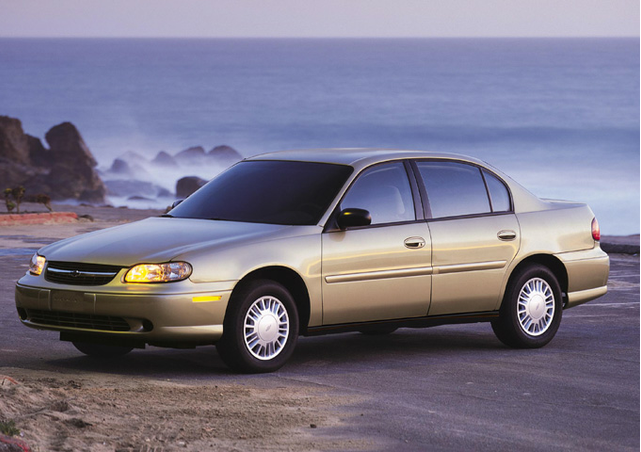 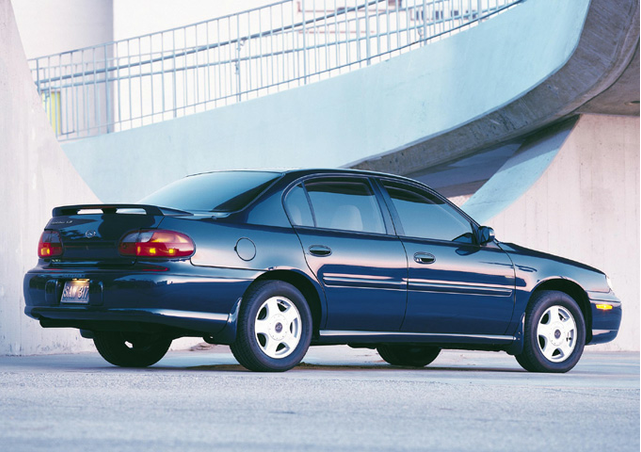 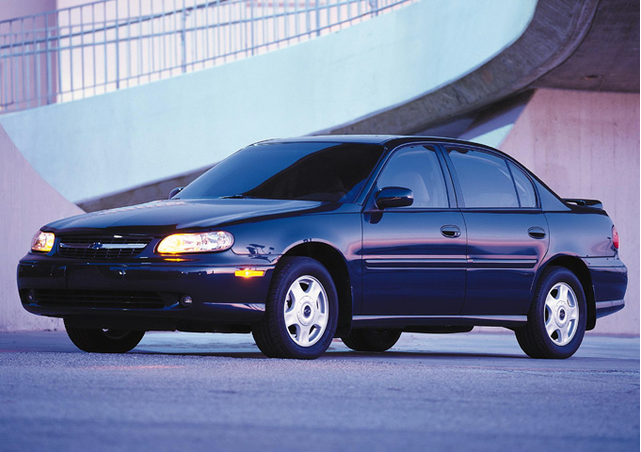 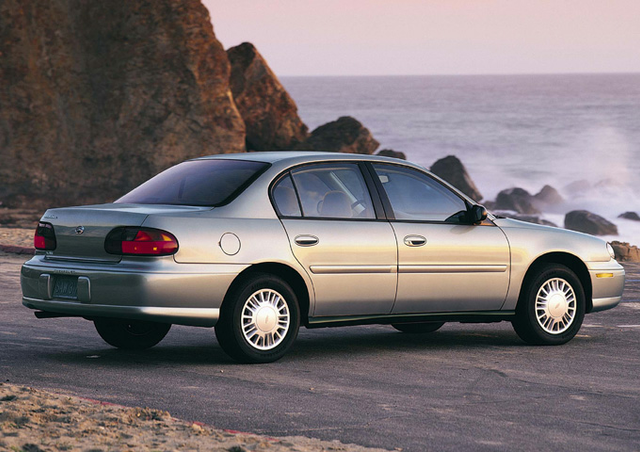 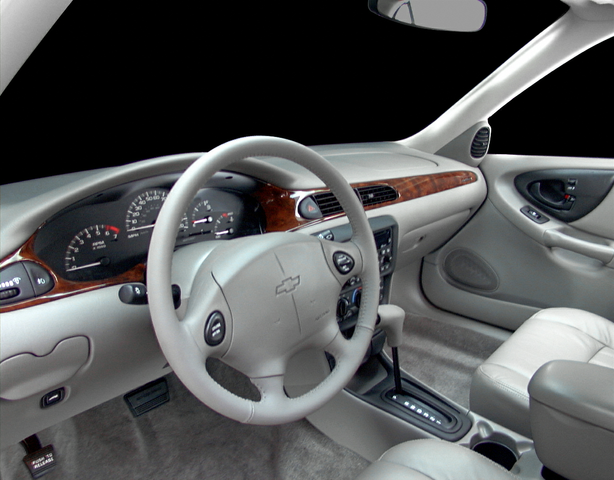 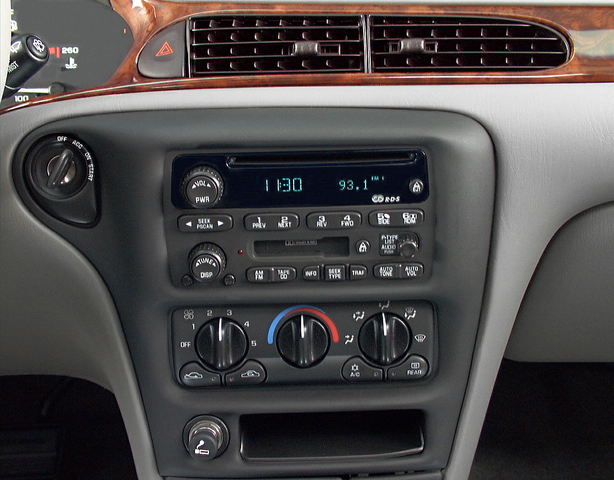 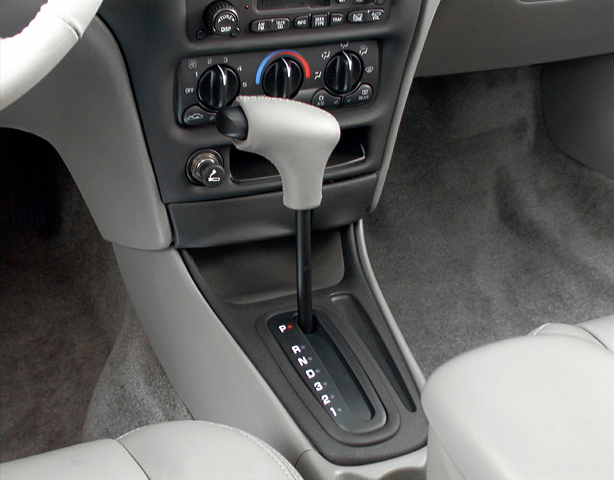 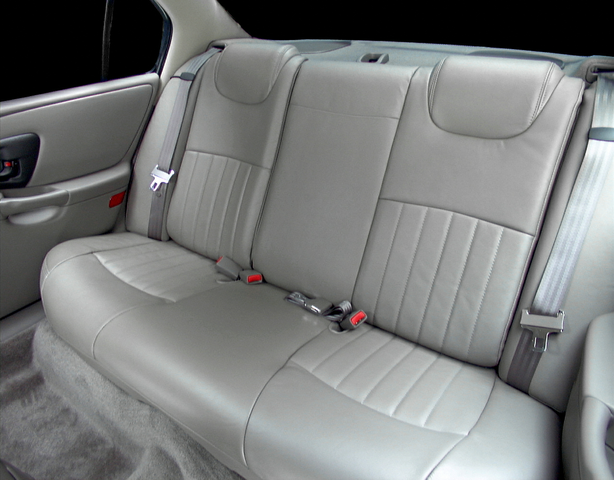 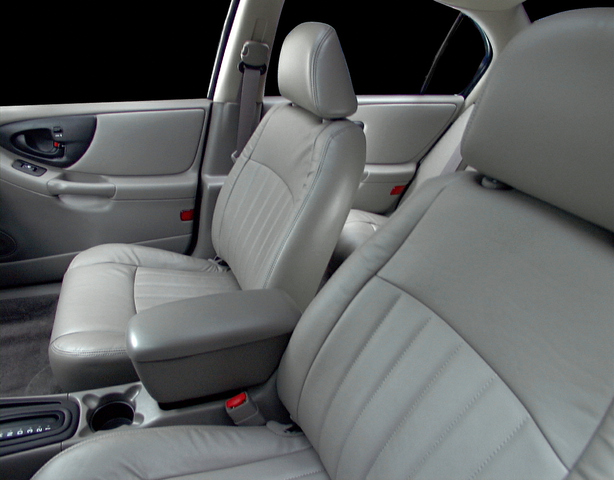 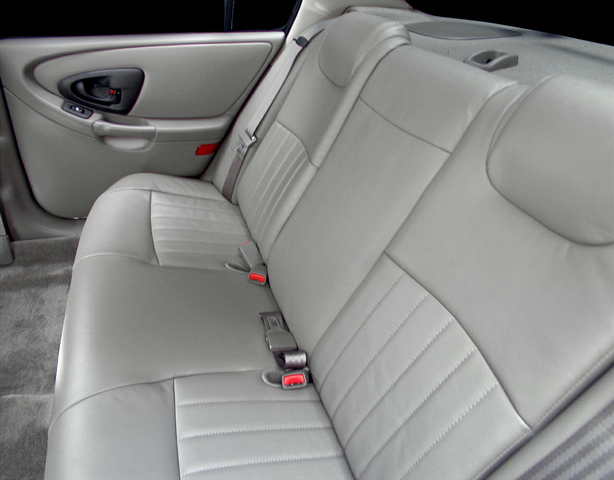