Our 2007 Chevrolet Suburban trim comparison will help you decide.

The good news: The 2007 Chevrolet Suburban has an all-new skin, heart, and bones.

The bad news: This fine makeover originated long before gasoline prices skyrocketed, crossovers hit the market, and foreign competitors raised the standards for elegance and handling in SUVs.

So while today’s test vehicle, the half-ton 2007 Suburban 4WD LT, arrives with zest and appealing new engine technology, it will be looking for passing room in the highly competitive and evolving marketplace.

Despite that, if you need a vehicle that will haul up to nine people and want guttural trailer-tugging torque (340 lb.-ft.) plus a spacious, luxurious ride, the Suburban still ranks among the best of the behemoths.

But I wonder: Is there really much of an appetite out there for these monster SUVs?

The steering has been made more responsive in the LT, and the suspension is coupled with wider front and rear tracks, to make for a more stable ride.

No, you still cannot rip out to pass and then jump back into your lane — at least not without potentially deadly results. The lowered stance doesn’t keep the car from having a sense of tippiness, even in moderate cornering.

But this Suburban is quieter, more comfortable, and rides more smoothly than Chevy’s last model.

The featured engine is a 5.3-liter V-8, with 320 horsepower, and the fuel-management system shuts down four of the eight cylinders when easy cruising is underway — a good way to save fuel. Better yet, this is a flex-fuel Suburban, meaning it can run on a blend of ethanol and gasoline.

In today’s mega-motor world, 320 horsepower might not seem like much, but it was plenty to haul this nearly 3-ton rig, which comes in three trim levels, LS, LT, and LTZ.

Standard safety equipment includes passenger-sensing dual front air bags, antilock brakes, electronic stability control, and tire-pressure monitoring. Critical head-curtain side air bags for all three rows are standard on the LTZ and optional on the others.

If you want to upgrade to more luxury, Chevy has a package for you, at a hefty price.

The test model had what is called the LT3 equipment group, which included front leather buckets, 12-way power, heated driver and passenger seats, leather second-row seats, power adjustable pedals, upgraded sound system, head-curtain side air bags for all three rows, and a remote starter. All that costs an extra $4,050.

Still feeling flush? Spend another $2,145 and you’ll get a navigation system with its own radio system, DVD, and an MP3 link. Other options include a rear entertainment system for $1,295, a power sunroof for $995, a power lift gate with lift glass for $350, and a rear-view camera for $195.

Indeed, this new Suburban offers more luxury, better handling, and increased power and safety than Suburbans of old. But all those qualities aside, it may still have a tough time getting up to speed in today’s marketplace.

FORD EXPEDITION EL At about $50,000, it has slightly less horsepower (300), but more torque at 365 lb.-ft. I give the Chevy the edge on the interior , the Ford the edge with a hulking exterior . If you’re going to scare people , may as well go all the way.

MAZDA CX-9 If you’re shopping for a big SUV, you should also check out a few large “crossovers,” which feel more car-like. This is a fine vehicle with a 250-horsepower engine, three rows of seats, and a price that tops out in the mid-30s.

AUDI Q7 Prices range from low 40s to more than $60,000, but the level of refinement is incredible. Two-hundred-eighty horse and 350-horsepower engines available. Shares architectural roots with Porsche Cayenne and Volkswagen Touareg.

CADILLAC ESCALADE Easily the edgiest of the big SUVs, with continuing appeal despite higher gasoline prices. It now comes with a 403-horsepower V-8, and is priced from the mid-50s to more than $60,000.

SUV is in my yard Tags and insured. ready for a test drive. Contact me and set up a time to test drive SUV. You will be happy to drive it. Located in South Jersey.

I have had it for 11 years, still plenty of miles

These Suburbans last forever. Still has plenty of miles left in it. This Suburban is in great condition, loaded, 3rd-row seating, Nav, Bach-up-camera, Factory Dvd screen, and headphone.

Very spacious and comfortable. Safe and sturdy on the road. Middle seat folds up for easy access to back bench. Lots of storage up front.

Rating breakdown (out of 5):
3 people out of 4 found this review helpful. Did you?
Show full review
See all 70 consumer reviews 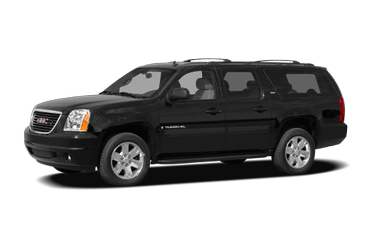 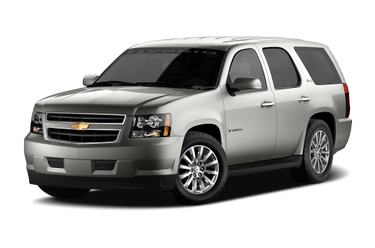 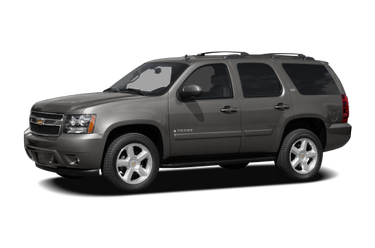 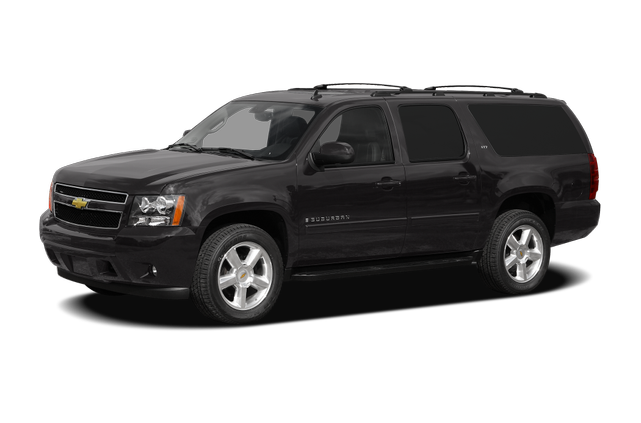 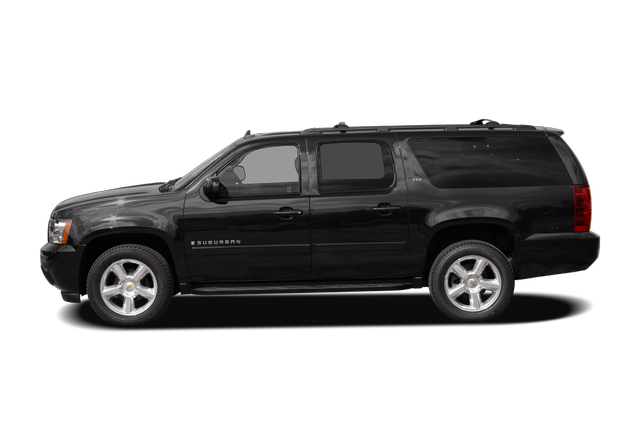 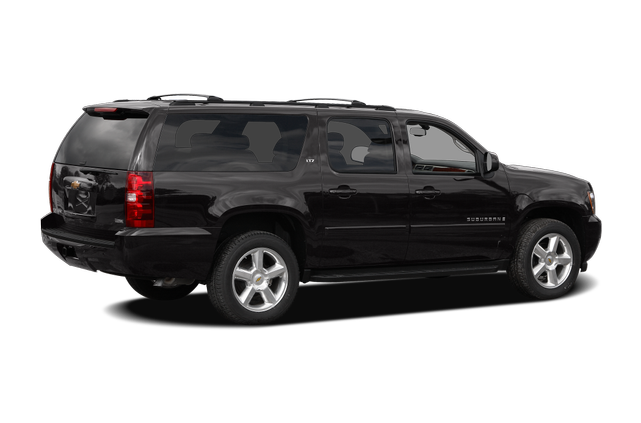 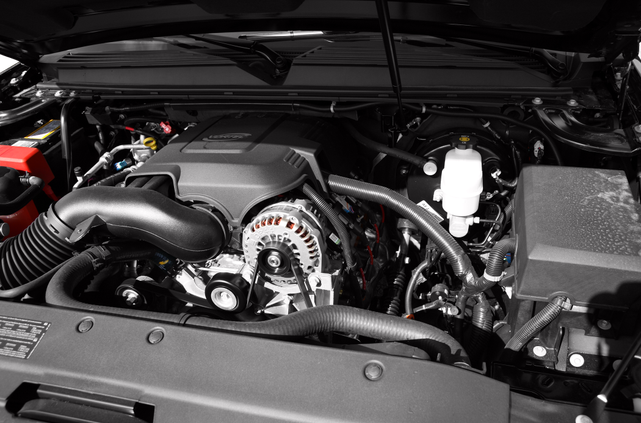 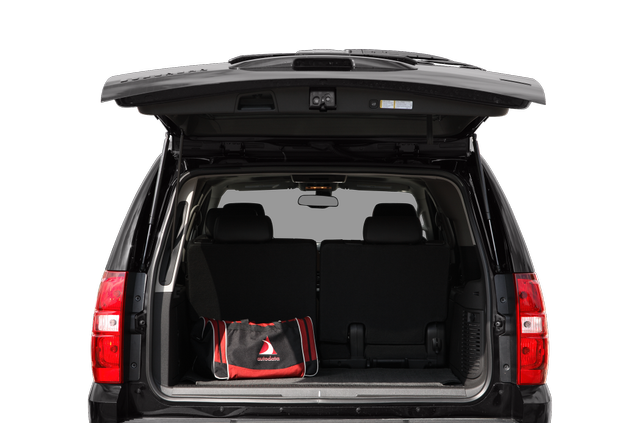 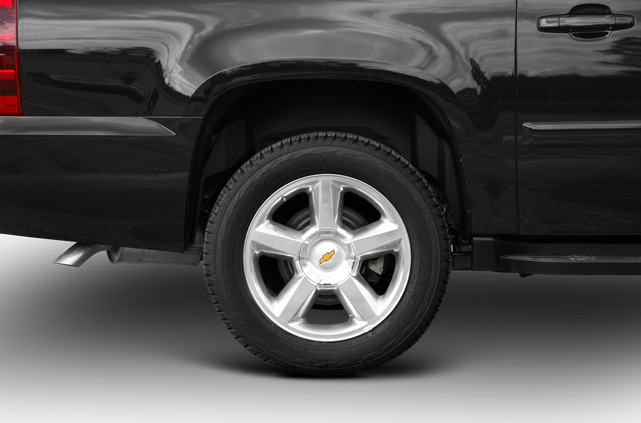 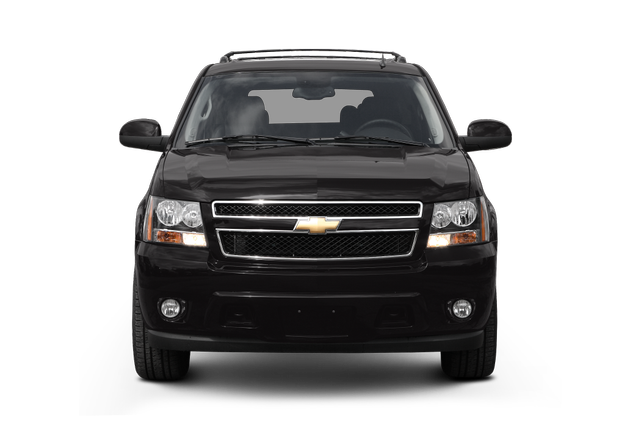 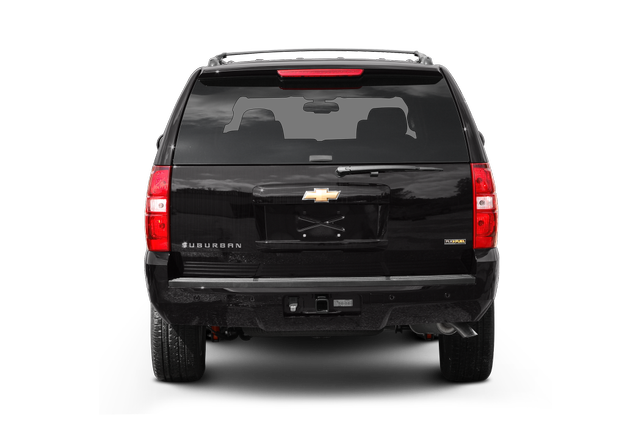 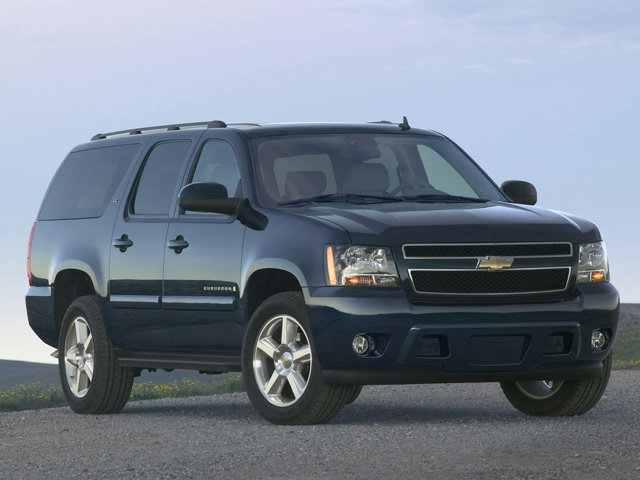 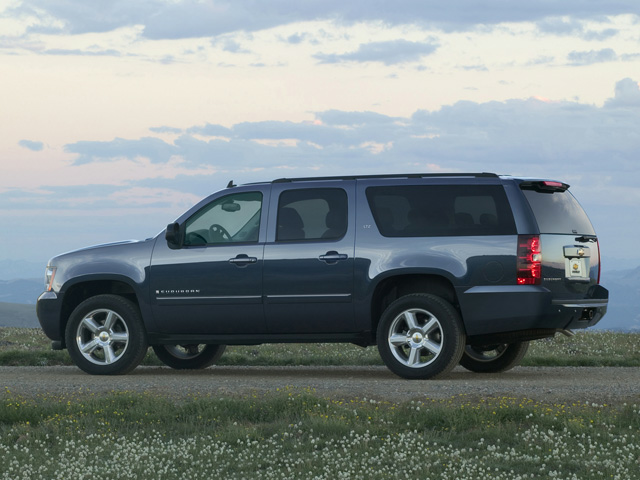 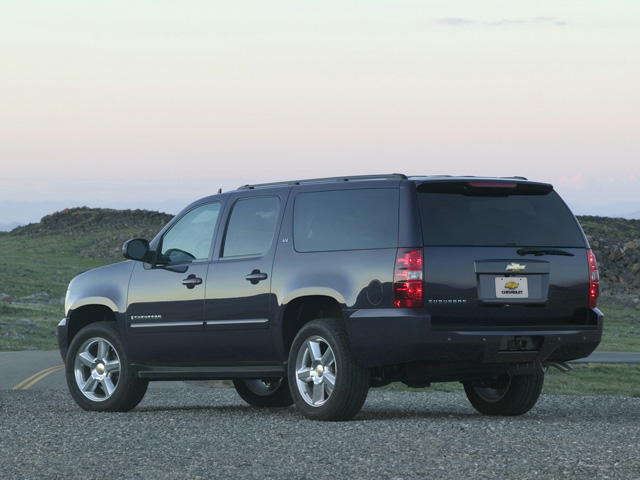 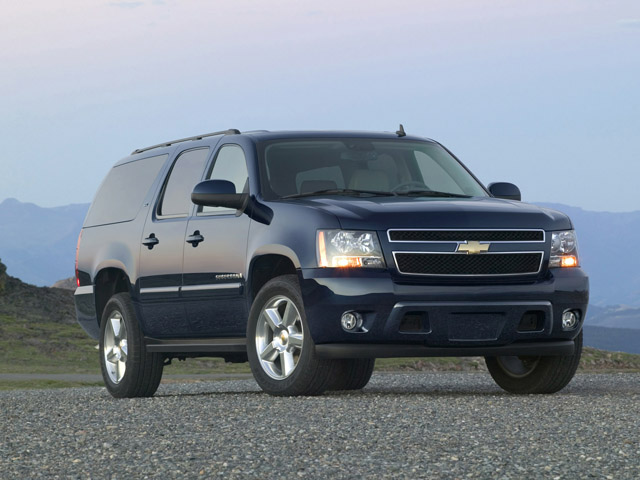 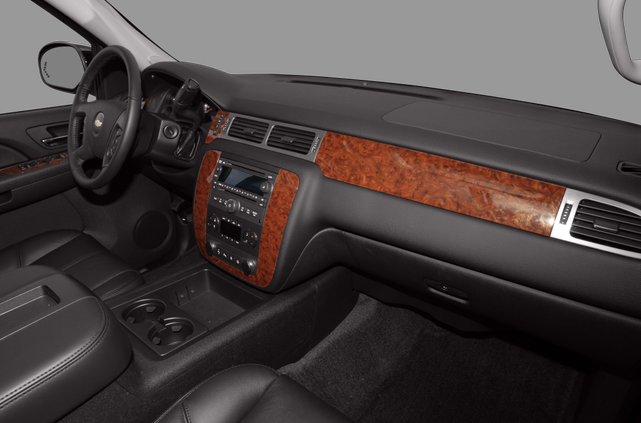 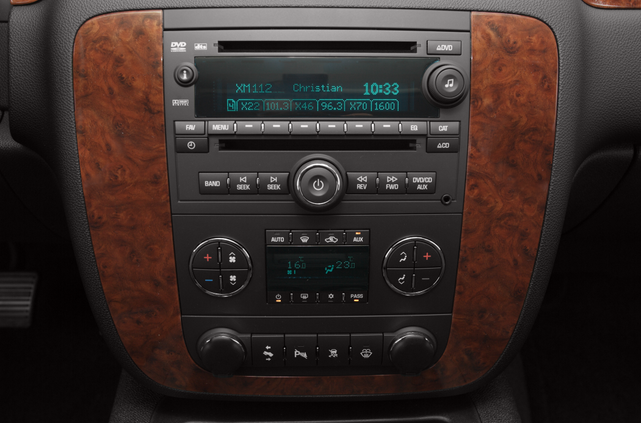 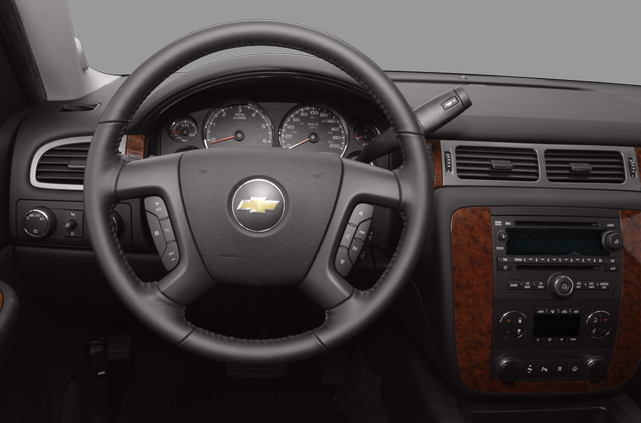 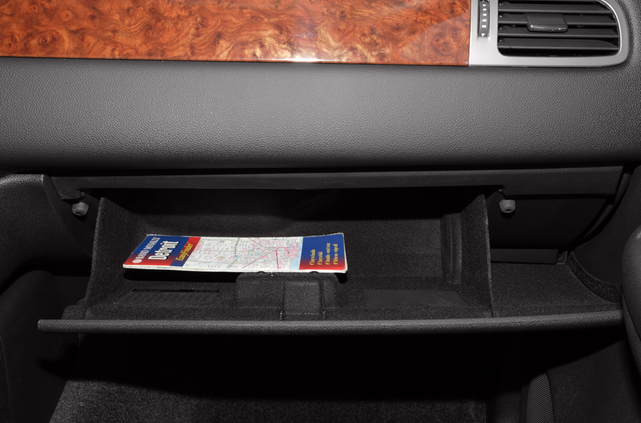 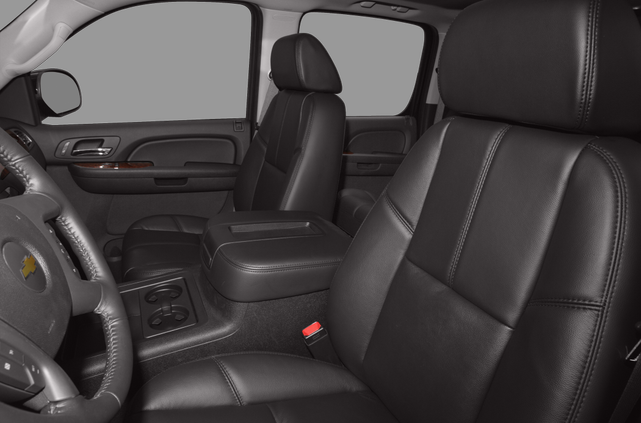 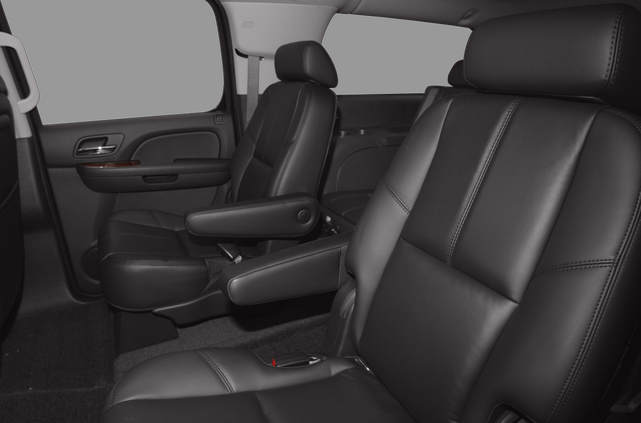 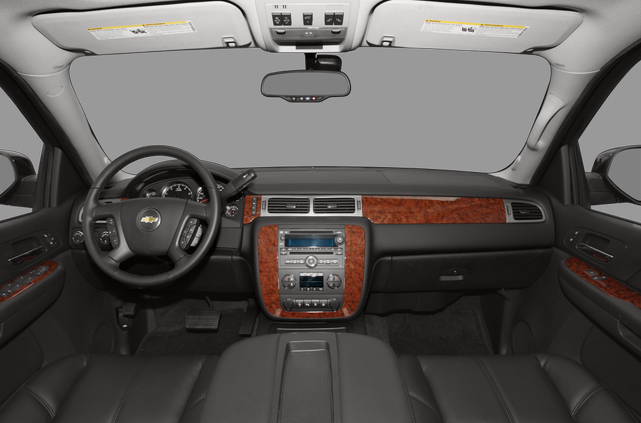 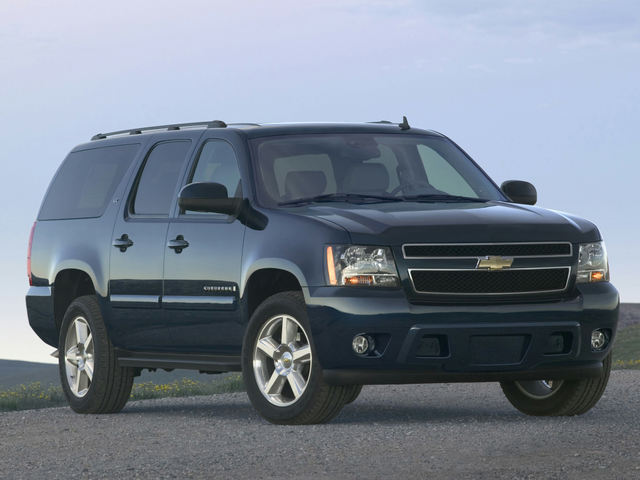 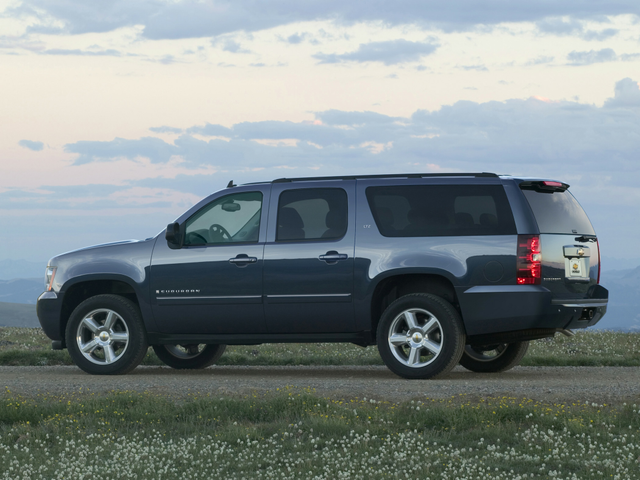 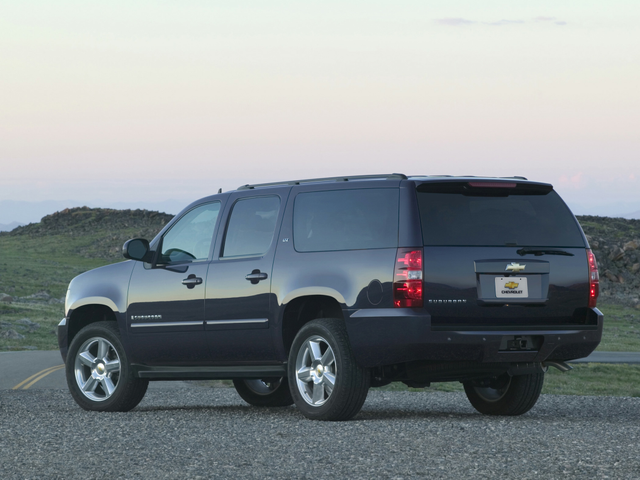 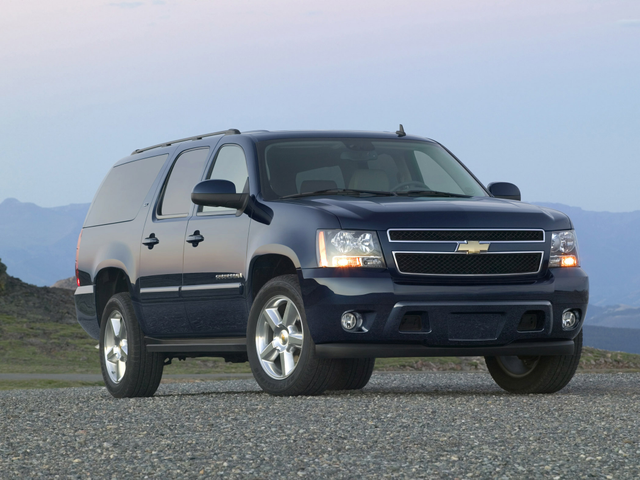