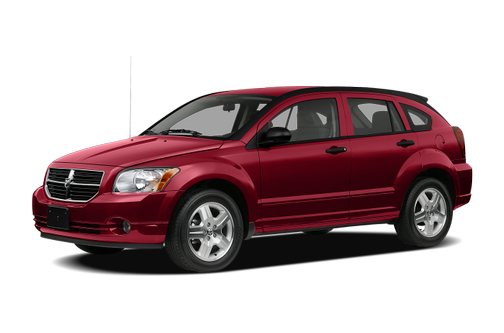 Our 2008 Dodge Caliber trim comparison will help you decide.

Performance hatchbacks are an interesting automotive breed. They try to harness the excitement of a sports car in a decidedly unsporting package — the hatchback — that’s better known for its ability to hold a ton of stuff. The Caliber SRT4 is one of the newest entrants in this class and is the latest product from Dodge’s Street and Racing Technology group.

This is SRT’s first attempt at a fast hatchback, and the SRT4 leaves a few things to be desired, especially in terms of the powertrain, steering system and cabin quality. In the end, it’s not as entertaining as the Mazdaspeed3, one of the SRT4’s prime competitors.

Styling
The transformation performed on the Caliber in turning it into the SRT4 is rather impressive. The angular hatchback has been turned into a serious-looking muscle machine, carrying itself with a swagger that even some of the bigger SRT models, like the 300C SRT8, would be hard-pressed to match. The SRT4 wears a unique grille that gives it a much more aggressive appearance than the regular Caliber. Add a hood with a scoop and extractors, a lowered stance and 19-inch alloy SRT wheels, and the SRT4 quickly becomes the Caliber’s mischievous twin.

Changes are also evident at the rear of the hatchback, which gets a new rear diffuser and a large spoiler that Dodge says is designed to reduce lift. There’s also the de rigueur oversized exhaust tip poking out beneath the rear bumper.

Going & Stopping
The SRT4 features a turbocharged version of the regular Caliber’s available 2.4-liter four-cylinder engine. The four-cylinder has special pistons, forged connecting rods, an external oil cooler and special fuel injectors. Total output from the four-cylinder is 285 horsepower at 5,700 rpm and 265 pounds-feet of torque at 2,000 rpm. The only transmission offered is a six-speed manual.

The turbo engine revs smoothly and makes enough power to move the SRT4 from zero to 60 mph in a little more than 6 seconds, according to Dodge. Most of the time, the car emits a droning exhaust note, which may or may not be music to your ears. Unfortunately, the engine doesn’t have the dramatic turbo power that the Mazdaspeed3’s turbocharged four-cylinder provides. This makes the SRT4 a less entertaining performer, especially with the clutch Dodge put in the car.

Many modern performance cars have clutch pedals that are easy to depress over and over again when driving in heavy, stop-and-go traffic, but the SRT4’s clutch reminds me of the designs used on high-performance cars of just a few years ago. It’s heavy to the point where it’s tiring to work it again and again when plodding through rush-hour traffic.

As for the manual transmission, it isn’t particularly slick-shifting, because it requires a good nudge to move the shifter from gear to gear. It is, however, positioned high on the dash and it falls easily to hand.

Ride & Handling
Like its powertrain, the SRT4’s street moves are just OK. It corners with an impressive lack of body roll, and the stiff ride isn’t excessive when you consider the car’s mission. The steering system’s lack of road feel, though, lessens the SRT4’s appeal as a driver’s car.

The Inside
The SRT4’s aggressive exterior is paired with a cabin that loses points for its lack of uniform graining on the dash plastic and unremarkable fit-and-finish. The all-black interior gives the SRT4 a purposefulness that fits the car’s performance aspirations. One SRT-specific cue is a turbo-boost gauge on the left side of the steering wheel that looks pretty cool, but it isn’t optimally positioned to glance at quickly when driving the car hard. A center tachometer also replaces the regular Caliber’s center speedometer in the SRT4.

The SRT4’s front sport seats have enormous side bolsters, and they’re finished in leather and a mesh material. They’re comfortable overall, but the seat-height adjuster is positioned in such a way that it’s hard to use.

Those sport seats factor into how much legroom there is for rear passengers; when sitting in the backseat, my knees hit the back of the large front seats. Otherwise, the SRT4’s backseat provides decent room for adults. The bench seat’s backrest, though, is somewhat hard and it doesn’t recline. The seat doesn’t slide forward or backward, either.

Safety
Antilock brakes, an electronic stability system and side curtain airbags are standard. Side-impact airbags for the front seats are optional.

The Insurance Institute for Highway Safety crash-tested the SRT4’s sibling, the regular Caliber, and the hatchback received a Good overall rating — the highest possible — for its performance in frontal-offset crash tests. It only achieved a score of Marginal in IIHS’ side-impact crash test (the car that was tested was not equipped with the optional front-seat side-impact airbags).

Cargo
Most hatchbacks offer plenty of cargo space, and that applies to the SRT4. There’s 18.5 cubic feet of cargo room behind the backseat, and all it takes to fold that seat down is a pull of a strap that releases the backrest, which folds forward and nearly flat with the cargo floor. With the seat folded, there’s 48 cubic feet of space.

Features
Like the regular Caliber, the SRT4 is available with some interesting features, including the standard Chill Zone beverage cooler located in the dash, optional flip down liftgate speakers and standard front cupholder lighting.

Caliber SRT4 in the Market
There’s something to be said for having the right look, and the SRT4 has the kind of aggressiveness that should appeal to performance compact enthusiasts looking for a set of stylish wheels.

That said, buyers in this segment demand performance, too, and while the SRT4 puts up respectable horsepower and acceleration numbers, from the driver’s seat it lacks the Mazdaspeed3’s steering precision and urgency when pressing the gas pedal. With a base price of $22,435, I suspect buyers will expect more than the SRT4 delivers, especially if they’ve driven the Mazda.

Junk man comes tomorrow. We had it 12 years and except for the frame rusting out, it's been perfect. The CVT is noisy and the handling stinks compared to newer cars. I guess we got our money's worth out of it.

Very easy to drive this car, reliable, big space, stable car body, shock absorption comfort, I like dodge cars. One deserve to have this car.

January 8, 2020
By SuperMomCD from Villa Rica, Ga
Owns this car

Very good car, it does have a cd stereo with aux. We used it daily and could haul plenty of stuff because the seats lay down.

Rating breakdown (out of 5):
0 people out of 0 found this review helpful. Did you?
Show full review
See all 67 consumer reviews

All model years for the Dodge Caliber 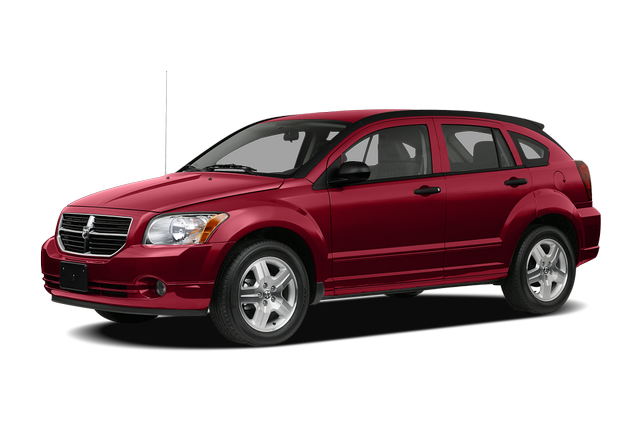 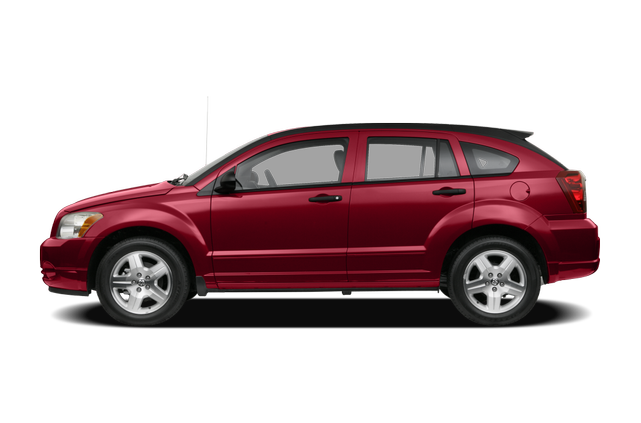 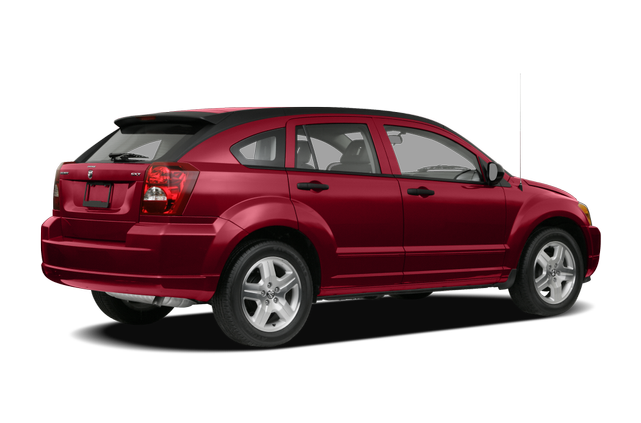 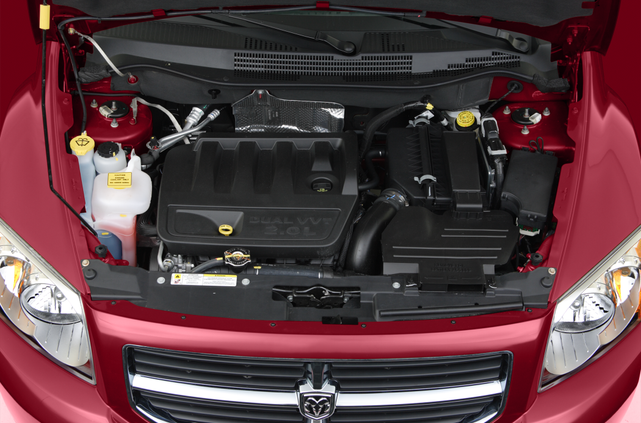 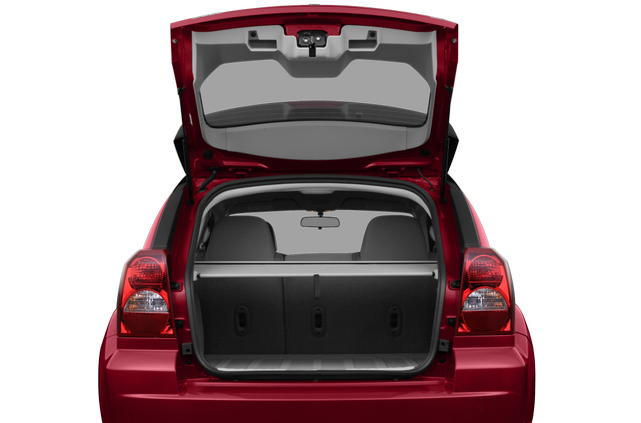 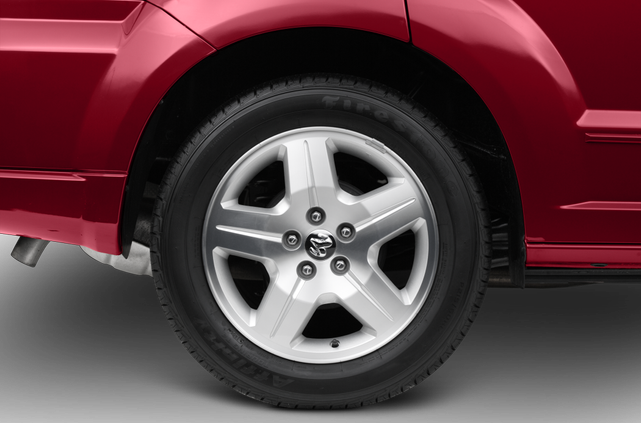 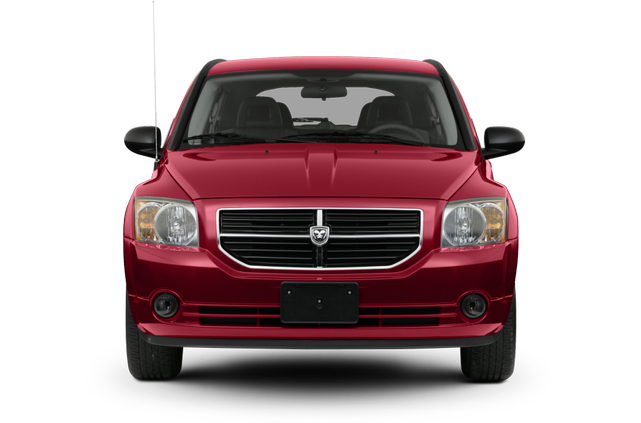 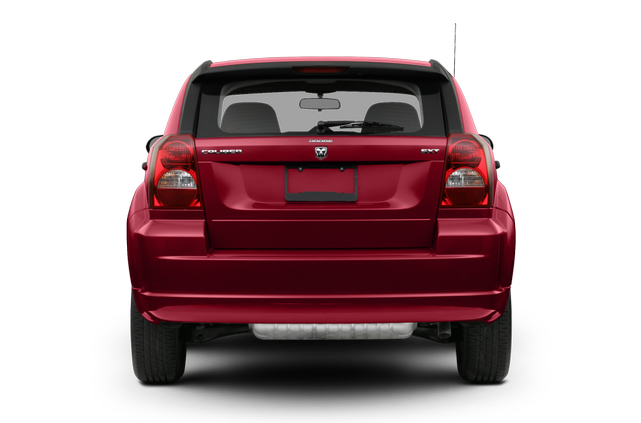 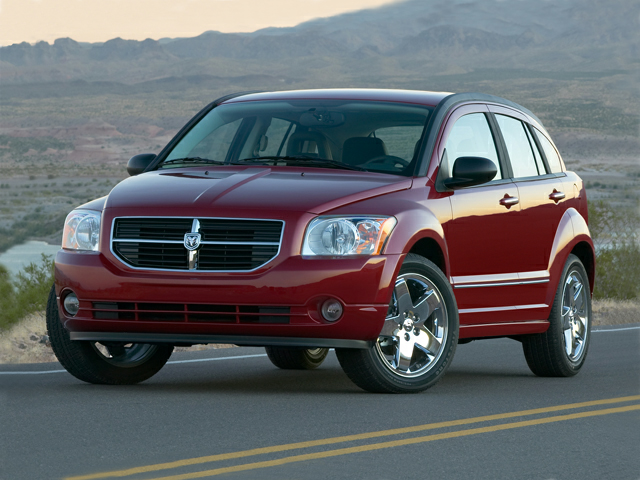 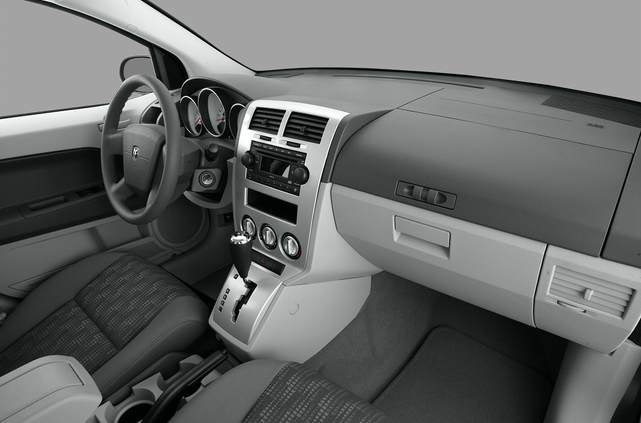 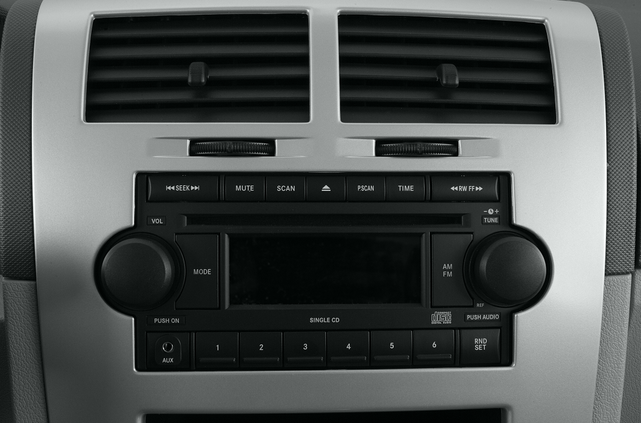 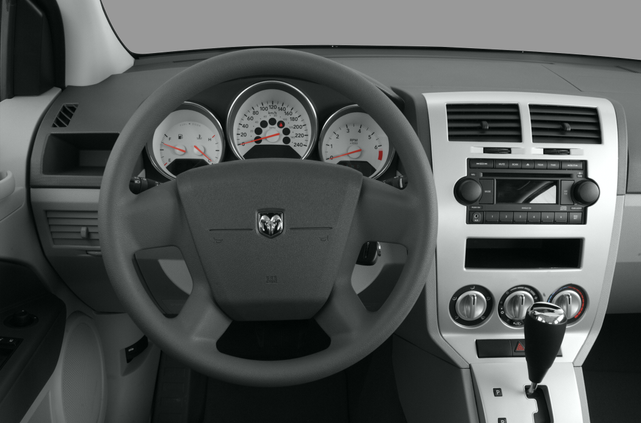 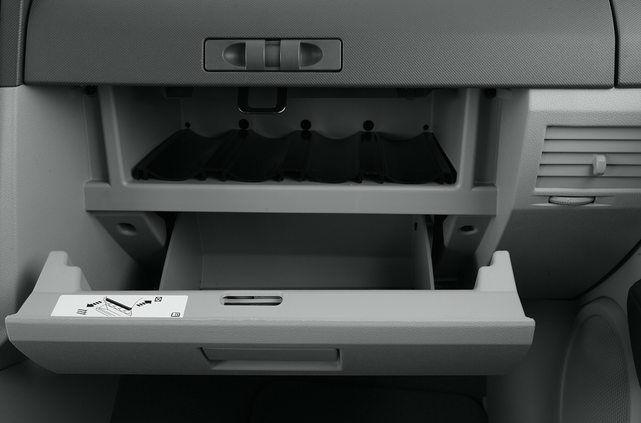 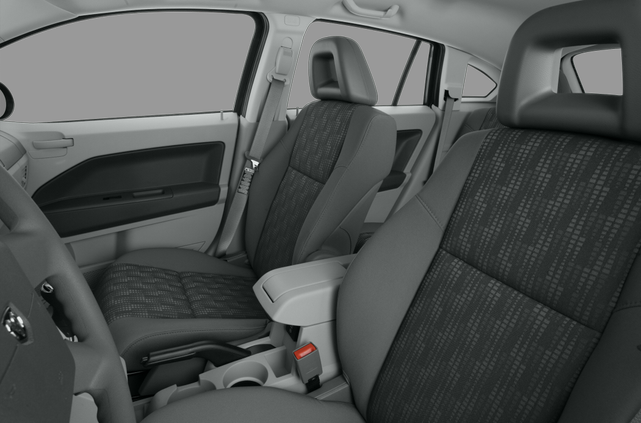 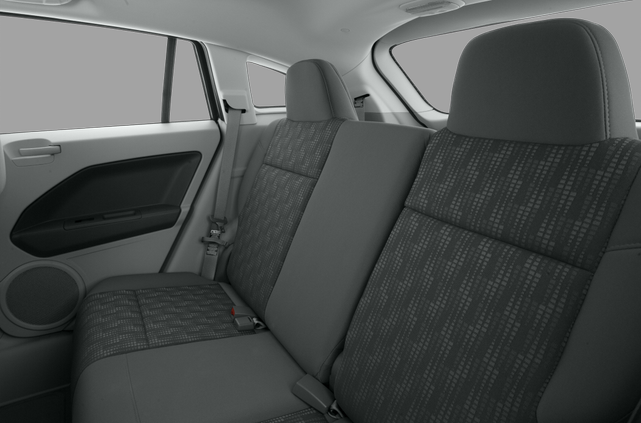 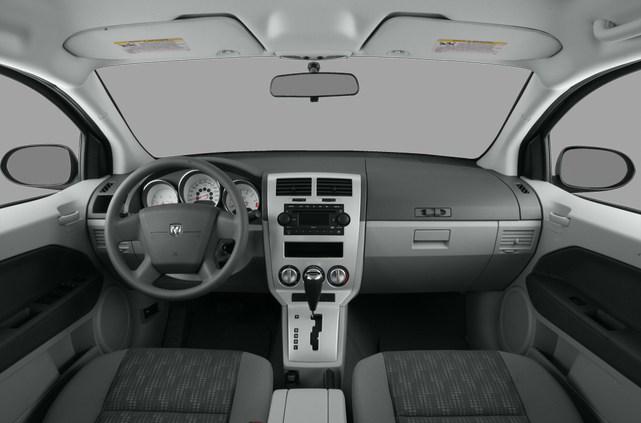 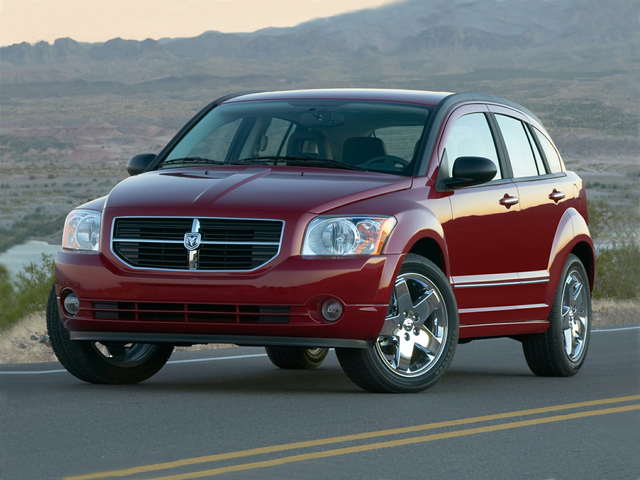