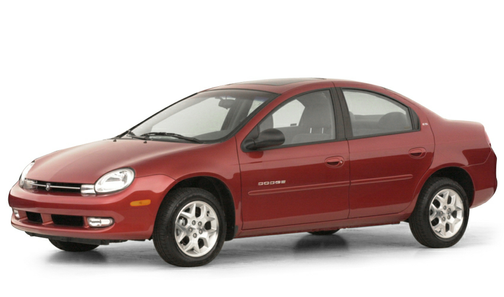 Our 2000 Dodge Neon trim comparison will help you decide.

Say goodbye to “Hi!,” the one-word slogan that launched the Dodge/Plymouth Neon in January 1994.

It was a cutesy marketing campaign, meant to attract young buyers to what was then Chrysler Corp.’s newest little car. The pitch worked. Chrysler sold more than 1.5 million Neons in 61 countries since the car’s introduction. But times changed.

Chrysler is no more, having been bought out by Germany’s Daimler-Benz AG and merged into a new company called DaimlerChrysler AG. And the Neon grew up.

It’s no longer a car for base-wage youngsters, or weekend throttle jockeys with big-track ambitions and tiny wallets. The new Neon–the 2000 Neon–is a serious automobile.

That doesn’t mean it’s dull. Quite the contrary. It’s a hip drive–light, tight and pretty darned right. But there’s something unmistakably adult about it, something “Hello,” or “How are you?,” or “Have a nice day.”

Perhaps it’s the price, which is higher than the original but still within the range of affordability for salaried interns with star potential–about $15,000 for a reasonably well-equipped model. But I think there’s something else.

The old Neons were noise buckets, allowing engine whine and road rumble to flow through the passenger cabin as freely as water through a sieve. The 2000 Neon, by comparison, is wonderfully quiet–a characteristic that enhances the notion of “solid,” which is how the new Neon feels.

At 2,564 pounds, the car remains a lightweight. But more welding of parts and the use of more accurately fitted components, more sound-deadening materials and better overall structural design give it a substance discernibly lacking in earlier Neons.

DaimlerChrysler, in fact, seems to have taken every conceivable route to improving the car without knocking its price out of reach. There is, for example, more interior space in the new Neon, though its overall body is not that much larger than the old one.

The company worked this seeming magic by taking “cab forward” design to new lengths–moving the windshield forward by three inches, increasing the overall body length by 2.6 inches and boosting the wheelbase length by one inch.

DaimlerChrysler also widened the car a tad and raised its ground clearance by three-tenths of an inch, to 6.1 inches, an elevation that allows for more suspension travel, which also yields a more comfortable and controlled ride.

The deck lid, fenders, hood, quarter panels and roof of the 2000 Neon all have been redesigned to give the car a more aggressive, sporty look. But the headlamps–now with new, super-clear lenses–still wink.

That winking, however, is not so much a post-pubescent prelude to “Hi” as it is an adult flirtation hinting that the Neon has come of age and is ready to do more than burn rubber on drag strips or take day trips to the local shopping mall.

Complaints: Mixed results on seat comfort. Some riders and alternate drivers complained that the Neon’s cloth seats were too hard. But I disagreed with their assessment. I found the seats firm and to my liking. But, hey, each rump has a right to its own opinion.

Praise: An overall excellent redesign of what already was a good economy car. The tested Plymouth Neon LX sedan was loaded with standard equipment, including a “battery saver” that shuts off dome lights left on by mistake, four cup holders designed to accommodate coffee cups and juice boxes, theater-style dimming for interior lights, floor mats, and other goodies often sold as options on comparable small cars.

Engine: A two-liter, single-overhead-cam, in-line, liquid-cooled four-cylinder engine designed to produce 132 horsepower at 5,6 00 rpm and 130 pound-feet of torque at 4,600 rpm. That’s a lot of launch for a small car.

Mileage: About 23 miles per gallon, somewhat disappointing. I expected more. Estimated range on usable volume of fuel was 280 miles.

Price: Prices are not firm on the 2000 Neons at this writing. But expect to pay $15,000 to $16,000 for popularly equipped models–cars sold with equipment most often demanded by buyers.

Purse-strings note: DaimlerChrysler is cutting deals on the 1999 Neons–essentially unchanged from the ’98s–to make way for the 2000 series going on sale this spring. If it’s a good, cheap ride you want, you might want to investigate the ’98-99 Neons.

Most reliable car I have owned.

This car has met all of my needs. It is very roomy and liable. It drives great. The trunk is a good size as well. I have not had a problem with it!

Bought it brand new 18 years ago!

I still drive this car every day! It's a 155,000 miles and could use a paint job. It's a great car and my family gets around in it just fine after 18 years. It's great on mileage and good for road trips. There are a few things that have been replaced such as the clutch, a head gasket, and now a radiator which are all inexpensive if you replace them yourself. Less than $250 for all those parts online.

April 2, 2018
By New Chimera from MILFORD
Owns this car

Owned this car for 3 years so far, got it for $1000 put $1200 in work and so far only thing I've needed was a new tire and a few new lights, it runs great gas mileage is alot closer to 20 than the 25 it's supposed to get but I got a great heater and ac unit, it's quite fast 130 fastest it's done, gets decent milege highway wise til 75mph, pros -good mileage for a 2000 -parts are cheap -Fast for a 2000 -great AC and comfortable seats -3 cup holders can't argue with that Cons -go over 75 and mileage goes down the drain -small trunk and hard to fit anything in the backseat due to doors not opening fully -back mirrors require you to roll them up or down -radio gets iffy alot -only one "outlet" 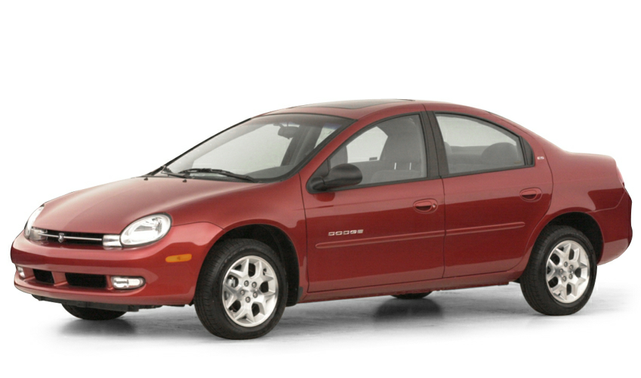 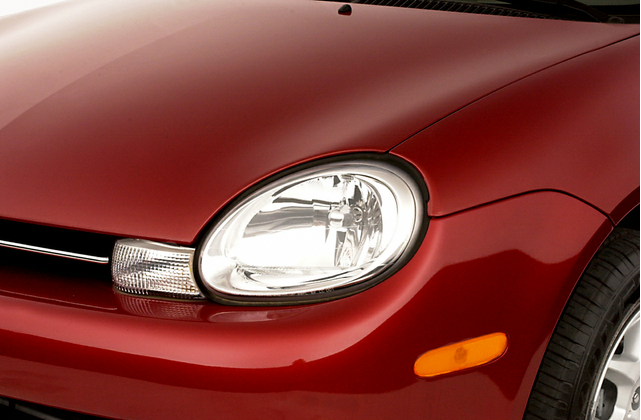 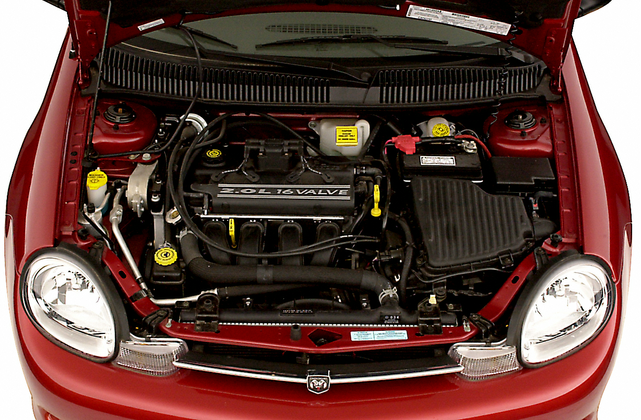 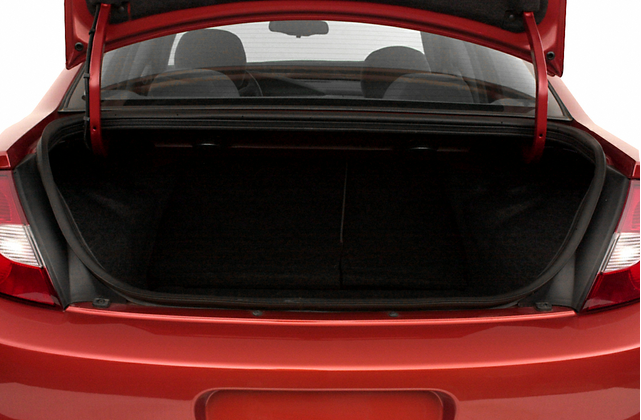 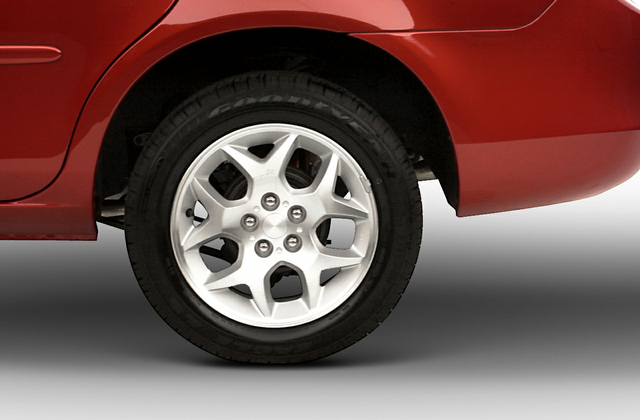 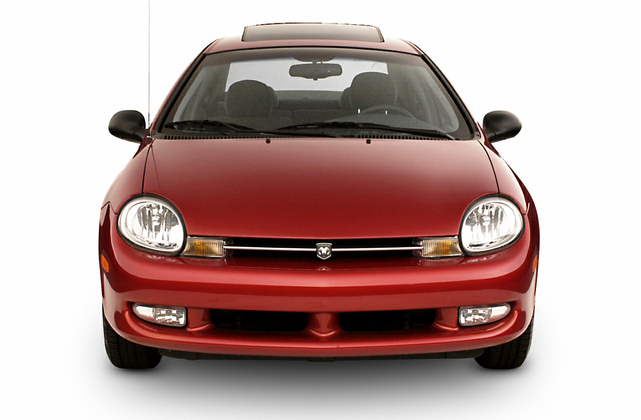 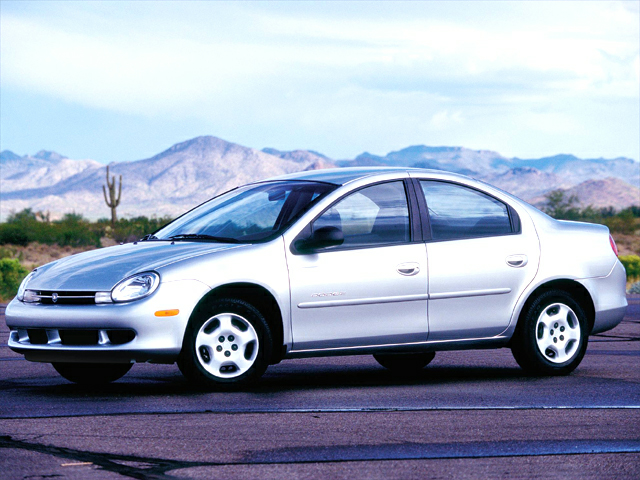 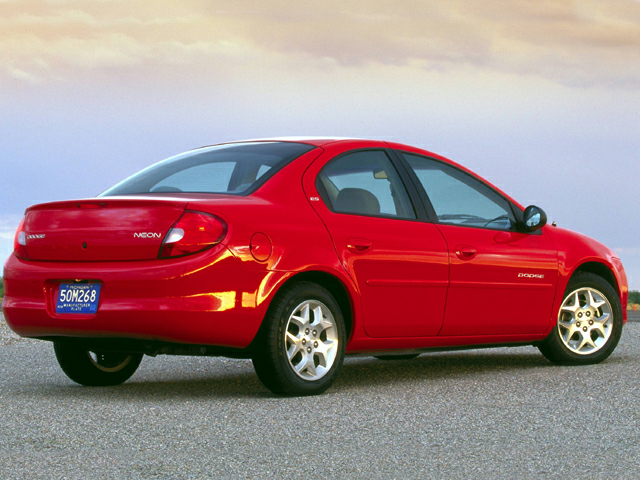 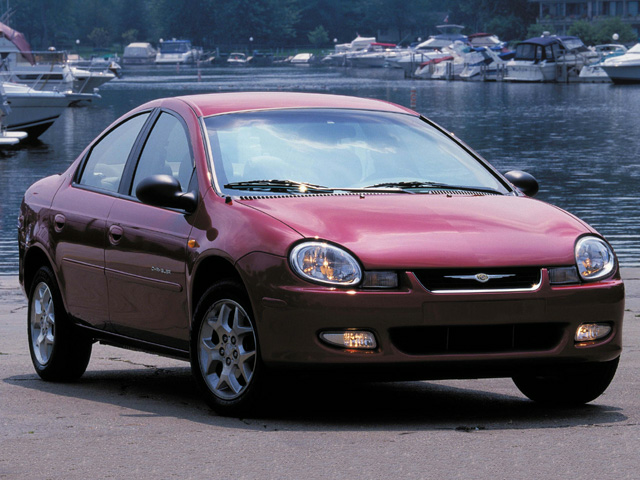 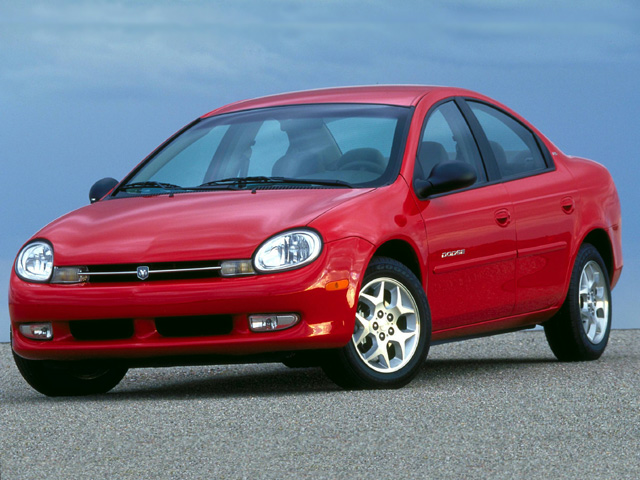 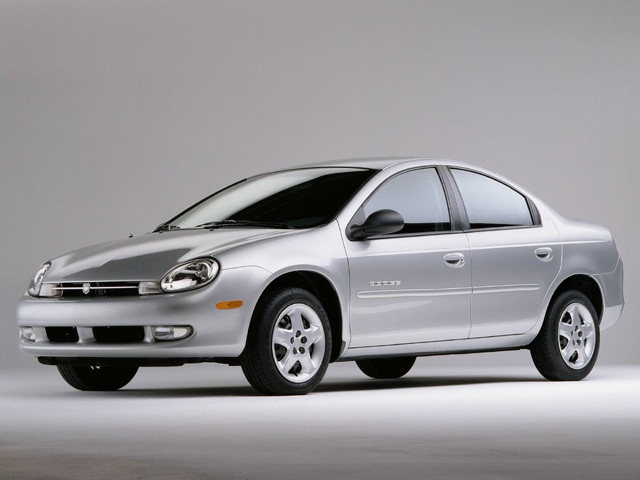 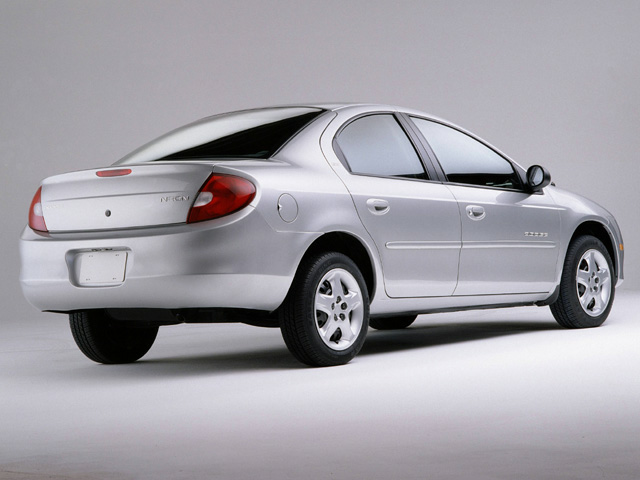 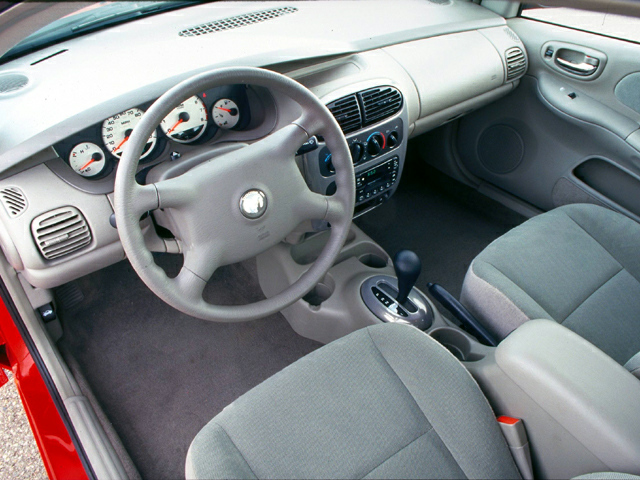 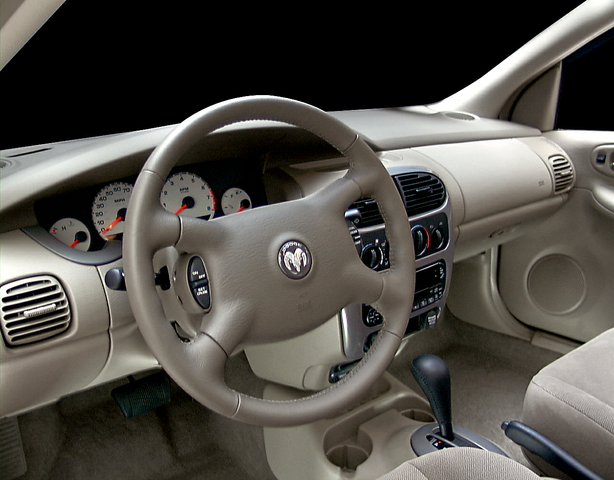 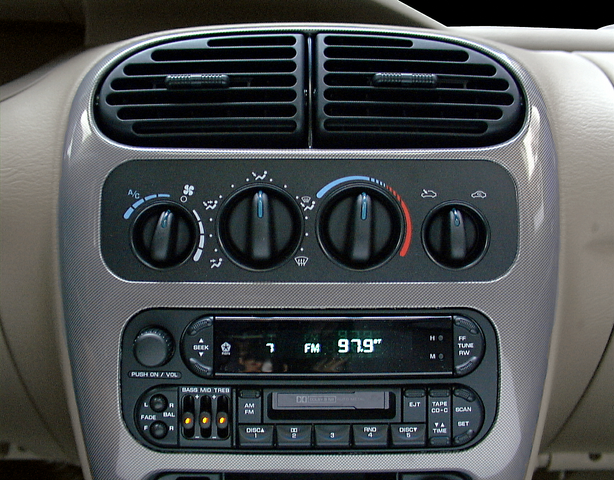 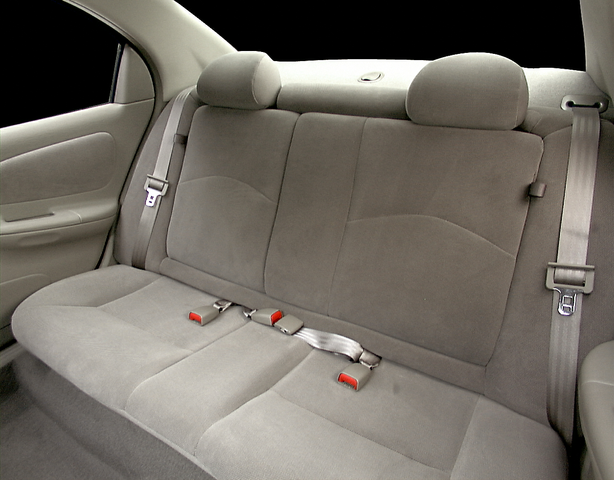